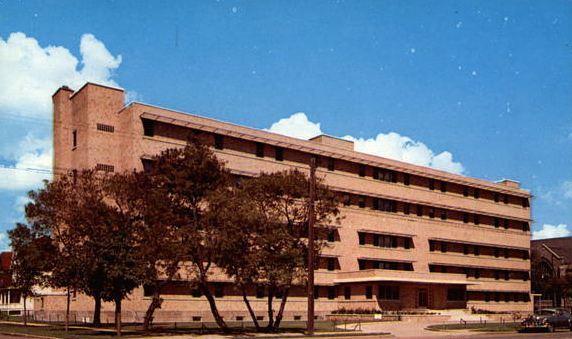 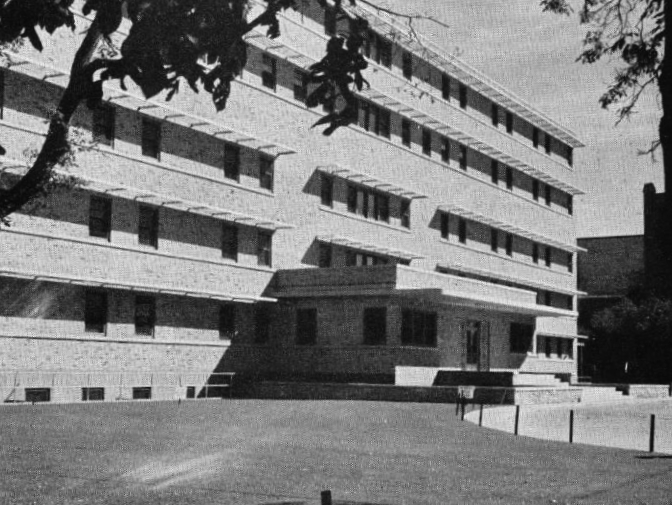 735 Notre Dame Avenue, known as the Women's Hospital, or as the Winnipeg General Hospital Maternity Pavilion, was opened in 1950. The new facility, built at a cost of $1,500,000, was constructed to serve as a maternity hospital, an institution that would fulfil an important role during the post-war baby boom. Funded by the provincial and federal governments, the hospital was part of a larger push to expand Manitoban and Canadian healthcare infrastructure. Construction began in on the building in the middle of 1949. A five-storey block, the hospital would house 132 patient beds, a dramatic increased in capacity from the maternity ward’s former home at the nearby Winnipeg General Hospital. Alongside nurseries located on every floor, the project was designed to accommodate a number of associated health-oriented, office and service spaces. Clad in an orangey buff brick, the building represents a modernist take on hospital design. The south-facing entry façade originally possessed horizontal sun-shading awnings, a popular element in modern architecture, which have since been removed. In 2010 the announcement of replacement women’s hospital was made by the Province of Manitoba was made; this new facility, to open in 2015, will be located at the intersection of Sherbrook Street and William Avenue.