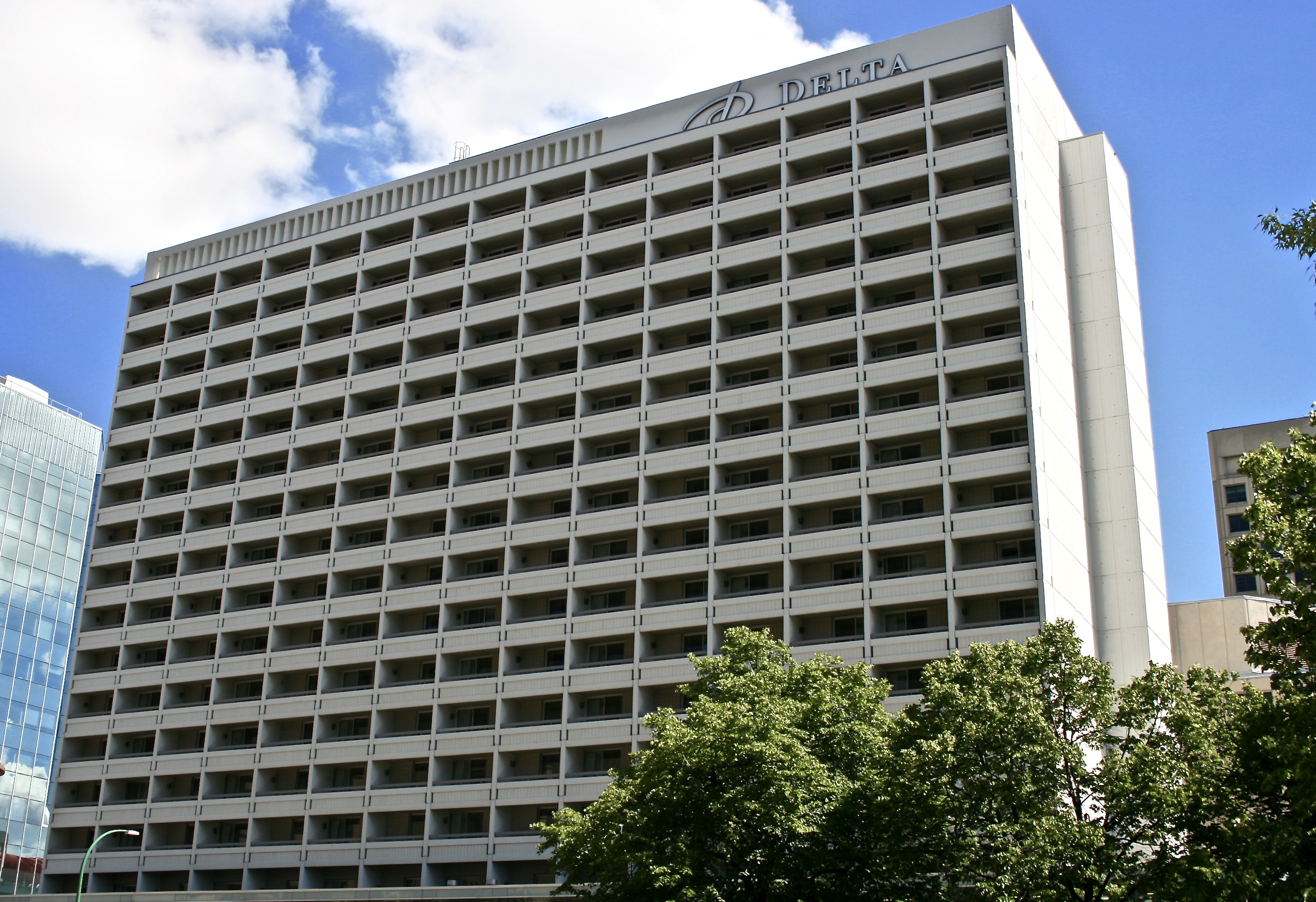 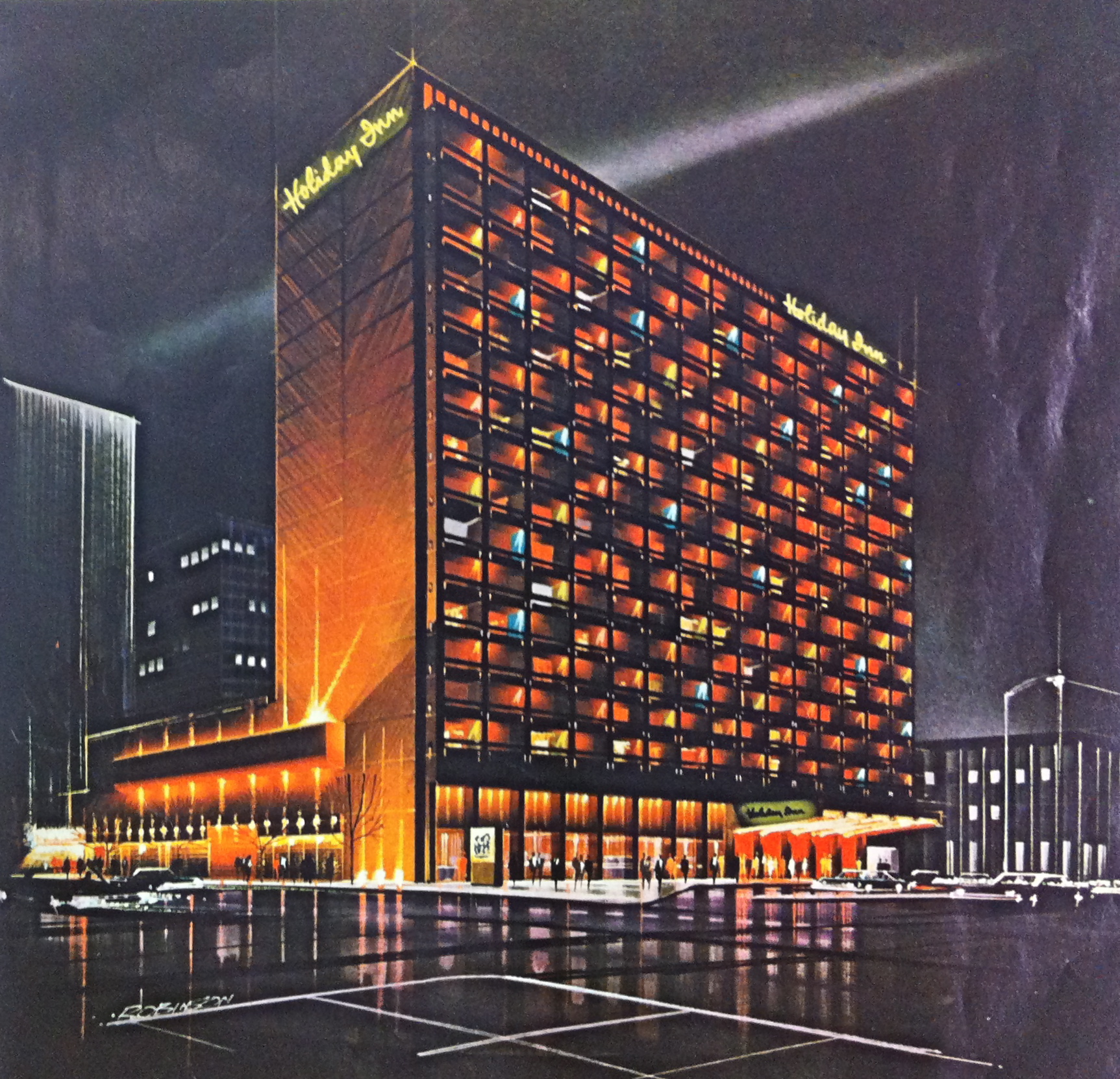 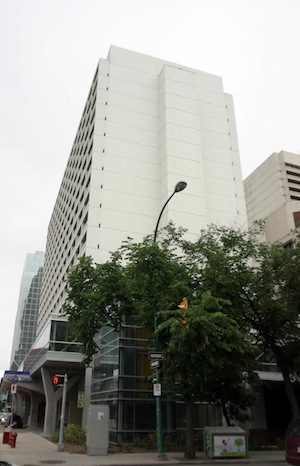 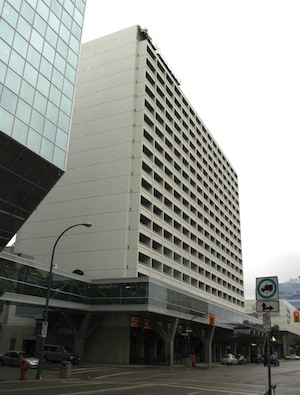 Designed by Libling Michener & Associates, 350 St. Mary Avenue was constructed between 1971 and 1972 for the Holiday Inn hotel chain.

The hotel was designed as part of Winnipeg’s Lakeview Square development project, built in concert with the Winnipeg Convention Centre. Developed by Jack Levit, Lakeview Square is situated on a full city block and is surrounded and served by a parkade; it includes four integrated high-rise buildings and one low-rise structure, surrounding a Japanese garden. This landscaped park, which features varied plantings, a dry creek bed and a small foot bridge, opened in 1974 to commemorate Winnipeg’s affiliation with its Japanese sister-city Setagaya. To tie the hotel to the Lakeview Square development an indoor Japanese garden was included. The garden is quite similar to the one outdoor.

The largest renovations to the building occurred with a change of ownership. In 1990 the hotel became The Crowne Plaza, prompting a $10 million renovation. Changes included the design and construction of the executive floor as well as the updating of old furniture. In 2000 another major renovation went under way. The Crowne Plaza was becoming The Delta Hotel. This renovation cost $12 million to update the old furniture and give the hotel a new look.