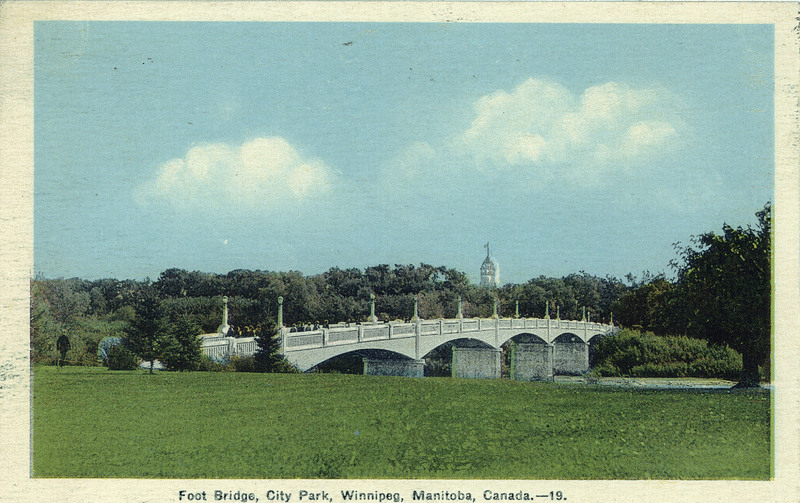 In May 1932 this handsome footbridge was officially opened by Winnipeg Mayor Ralph Webb. Like the Norwood and Main Street bridges, the Winnipeg Auditorium and the Salter street viaduct, the Assiniboine Park Footbridge was partially erected as a Depression relief effort.

Assiniboine Park was the first park in Winnipeg's suburban parks system. It was created in 1904 and was popular from the outset. Until 1910, visitors accessed the park from the north by ferry across the Assiniboine River. In 1910, the City parks department build a small floating footbridge from the southern bank of the Assiniboine to an island in the middle of the river. Ferries carried visitors from the northern bank to the river island. From 1912 until 1932, the City spent $1,400 a year to build and remove a temporary pontoon bridge (often removed by ice).