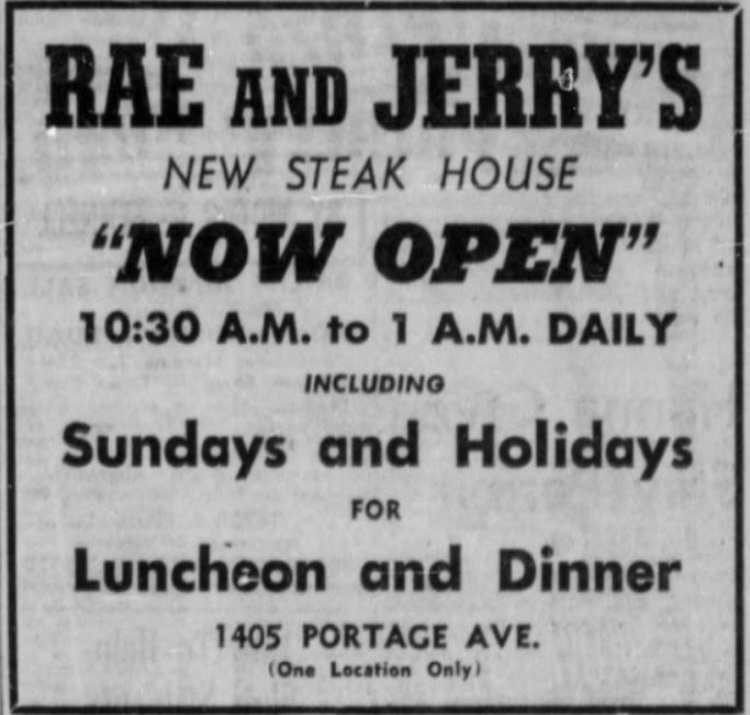 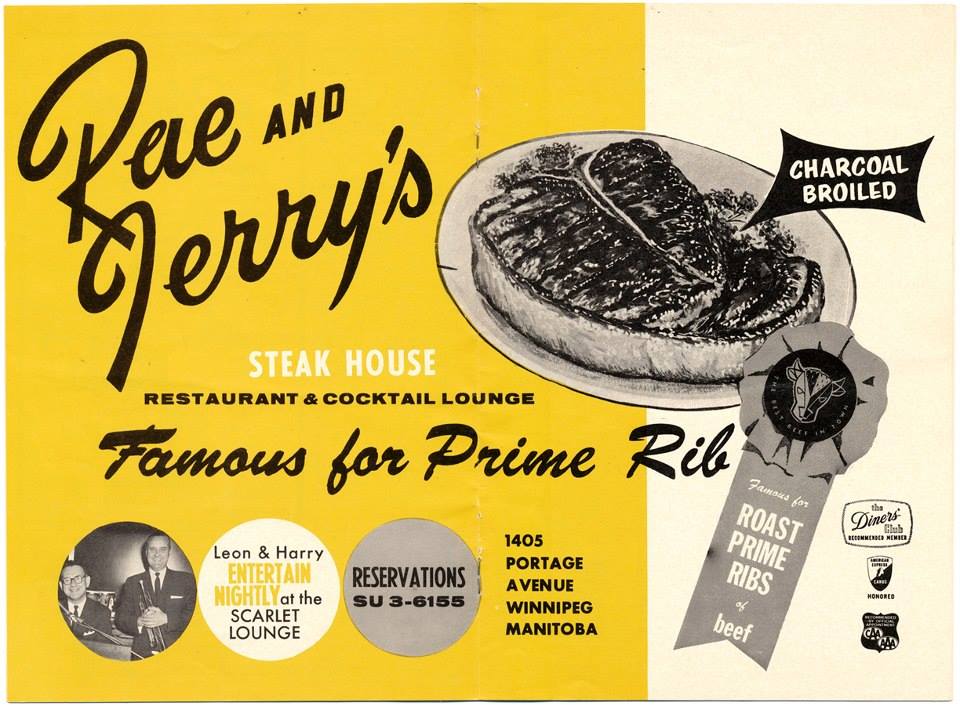 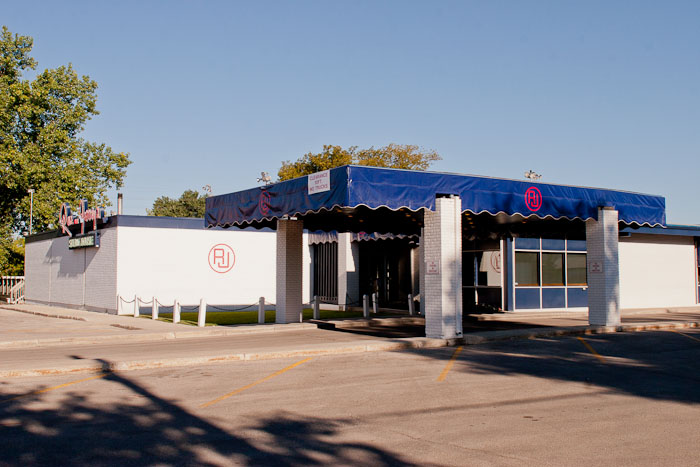 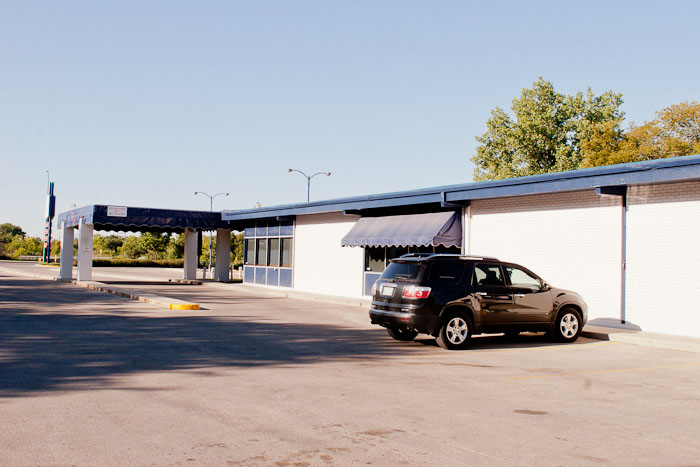 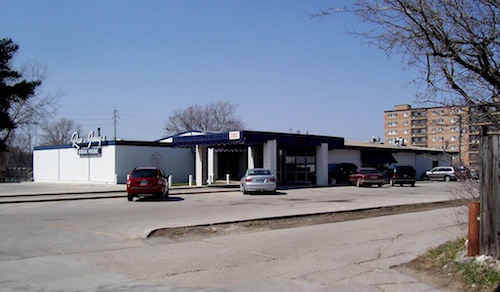 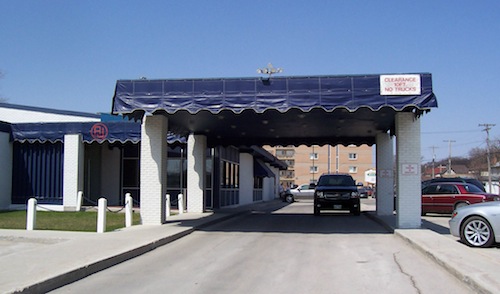 Rae & Jerry's Steakhouse, 1405 Portage Avenue, stands as the remarkable epitome of North American mid-century, modernist high-end restaurant design. From its simple and spare white-painted brick exterior to the warm and inviting dining room, the eatery exists as something like a time-capsule: the apotheosis of a classic 1950s steakhouse. When it first opened, in 1957, the restaurant provided Winnipeggers a sense of the kind of stylish, sophisticated spaces previously only seen in films or on vacation in New York or Southern California.

Rae & Jerry's, named after founders John Rae and Jerry Hemsworth, opened in 1939. Previously located in Winnipeg’s downtown, the restaurant started small, occupying space within Brathwaite’s Drugstore at 401 Portage Avenue, at the north-east corner of Portage Avenue and Vaughan. It later moved to a location at 251 Kennedy Street, between Portage and Graham Avenues, before occupying a final core-area home at 573 Portage Avenue between Young and Langside Streets.

Constructed in 1957 for an approximate cost of $130,000, the current Rae & Jerry's remains, today, as it was in 1958: a large flat-roofed rectangular mass at the front (south) end and a gable-roofed structure at rear, off-set by a canopied driveway (for valet service) on the east side. Interior photographs from the 1950s reveal a similar form to that found now – a modern room with a low ceiling; free-standing tables were positioned in the centre of the space, with booths around the perimeter. A service area was near the rear of the room and wood dividers and plants were positioned to break the interior into more intimate dining spaces. A multi-plane interior ceiling system, designed by Doug Gillmor, amplified this sense of the modern and of the intimate. Interior design effort was contributed by Leslie Girling; finishing touches included contemporary-styled furnishings upholstered in deep red, plush carpeting and mirrored surfaces. The restaurant, on its the interior north wall, originally featured a wall-mounted frieze mural which contained playful abstracted imagery of crabs, fish, bottles, plates and forks.

Steve Hrousalas has owned and operated the restaurant since 1975 and has maintained Rae & Jerry’s much the same as it has always operated and appeared.