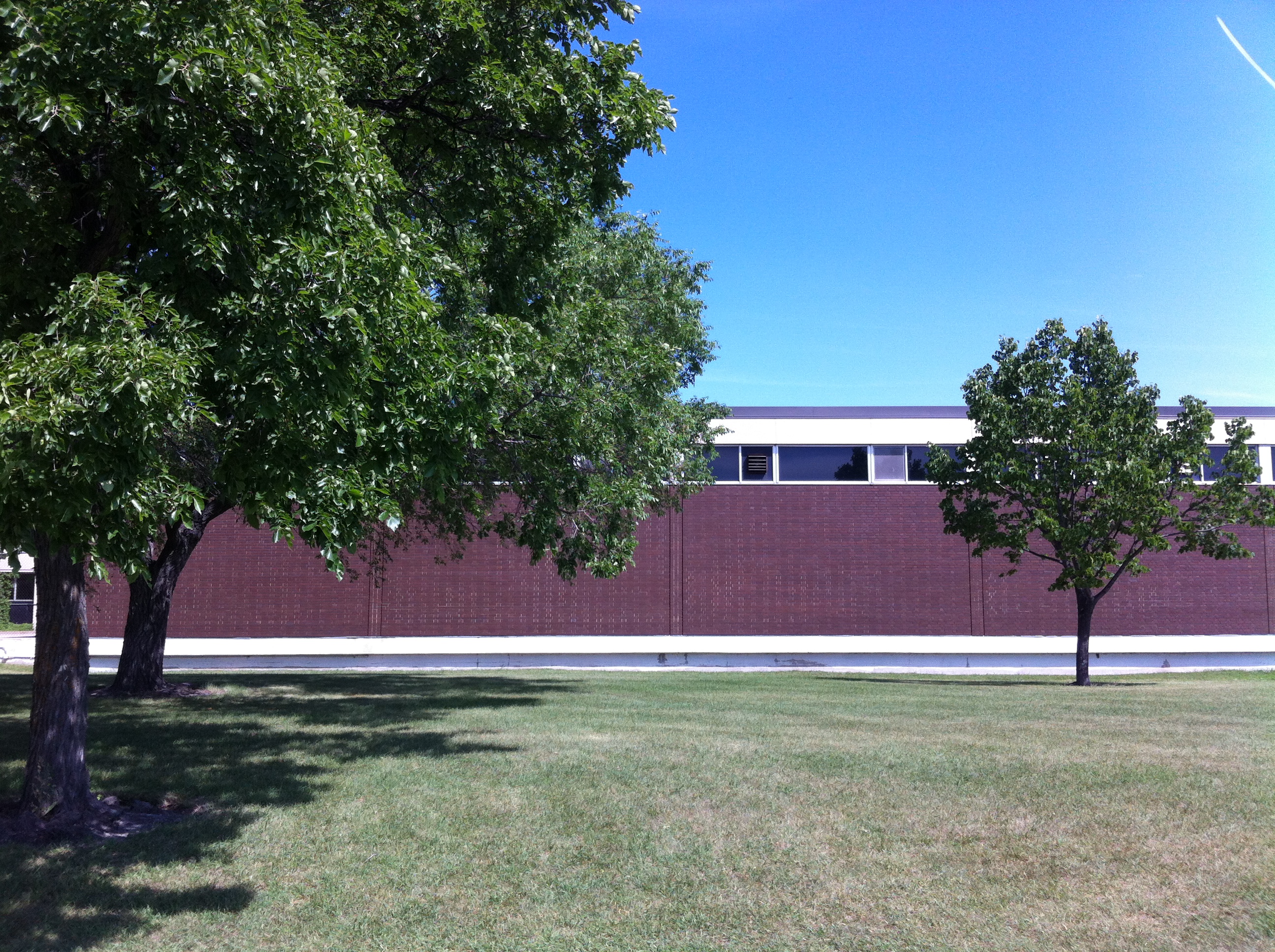 The naming scheme of the buildings at Red River College’s Notre Dame campus make clear their position in terms of the school’s history, each bearing an alphabetical title which spells out its chronological status: the first building being Building A, the most recent addition being Building Z. Building B was constructed at the same time as Buildings A and the South Gym, all part of the new Manitoba Institute of Technology, which opened 1963. This institute traced its roots to the mid-1930s, with the Industrial Vocational Education Centre, first located at 331 Henry Avenue, a which started by offering evening courses in trades to youth. By 1938, with the Depression ongoing, the Centre gained the approval of the Department of Labour and received funding to support training in such fields as welding, machining, needle trades, radio and carpentry. It continued to grow into the post-war era, eventually moving to the Ford Motor Company building at 1181 Portage Avenue. Throughout this period, a focus was on the training of returning veterans. By 1948 the Centre shifted its focus back to the general public and assumed a new name: the Manitoba Technical Institute (MTI). Under this name the school continued to add programs.

Building B is a long, L-shaped and chiefly one-story structure primarily clad in dark brown brick; lighter concrete accents emphasize certain sections. The latter detail visually ties the building to the original light concrete of Building A. Building B is physically connected to Building A via low passages. These are mostly clad in glass and metal; this area features small and intimate courtyard spaces. Over time Building B was added to at its north-west edge. This newer section, dating to the late 1960s, is dressed in pre-cast concrete in a manner which echoes campus Buildings D, E & F. Near the centre of the main, original part of Building B one section features a second-storey. Here, on what has been referred to as the “mini-tower,” the cladding used is a combination of metal and glass framed in concrete. This section originally faced – perpendicularly and across a plaza – the similarly finished Building A.

Building B first housed the Trades Division of Red River College. To the south and north of Building B are two sculptural projects which are the result of work by the College's masonry students. On the south side, a low brick wall runs east-west, serving as a sort of entry marker; it carries carved segments of Manitoba Tyndall stone. To the north of Building B is a wall of decorative brick work serving as the north face of a small garage.