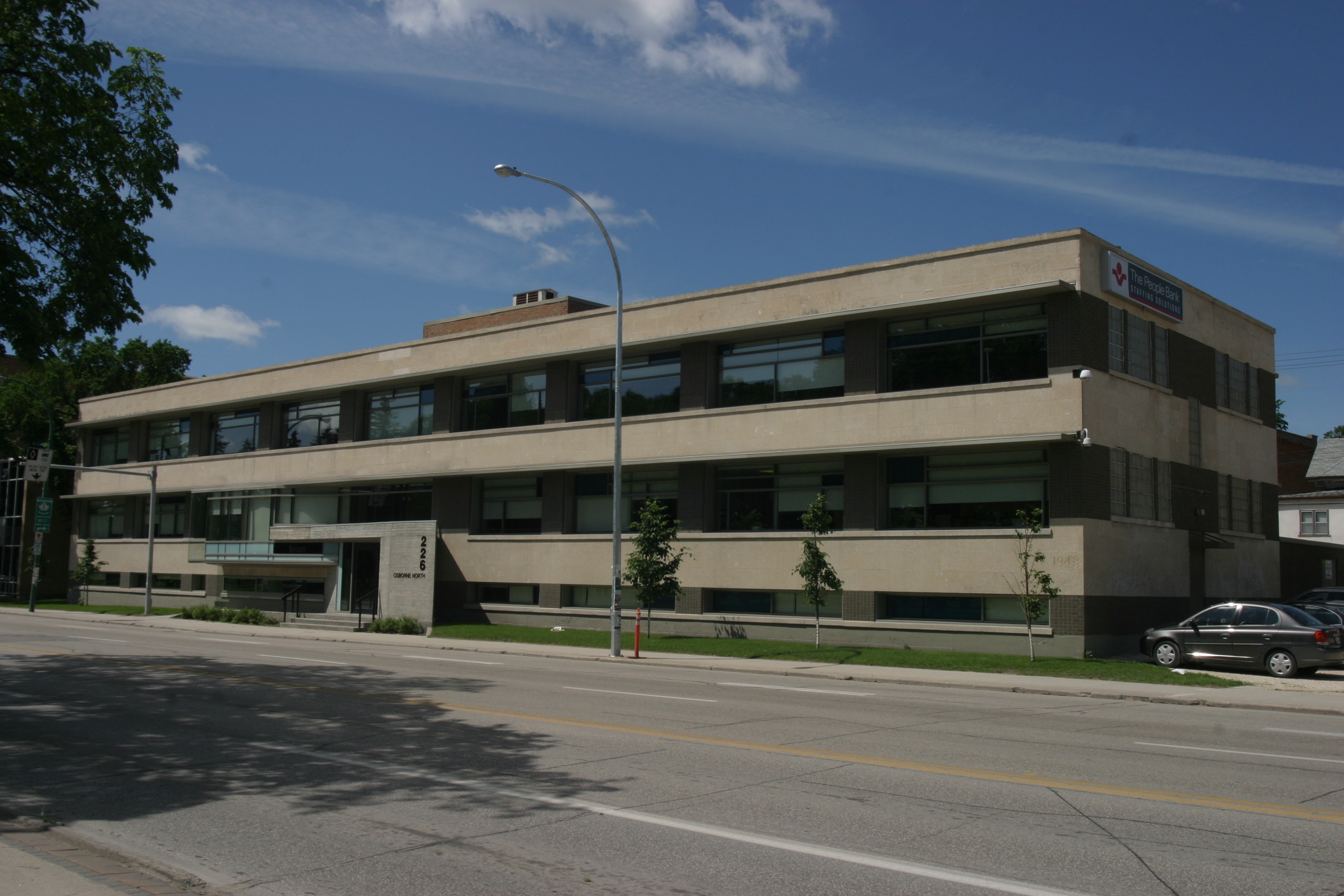 Although the building is now considerably altered, Moody and Moore Architects designed the original structure at 226 Osborne Street North between 1947 and 1948; the client was the Canadian Red Cross and the building was to serve as divisional headquarters for 50 years.

In 1947, blood transfusion service became the most public face of the Canadian Red Cross, its war work generally mobilized the efforts of hundreds of thousands of Canadians in the aid and comfort of those in service overseas. These two roles combined to catapult the Canadian Red Cross into prominence and spurred the construction of this new clinic for the purpose of collecting, processing and distributing blood for civilian medical use across the province, as well as offices for its other programs.

Moving from much smaller premises at 31 Kennedy Street, the Red Cross constructed this new building on land recently surplussed by the City of Winnipeg. The new offices and blood donor clinic were designed by architects Moody and Moore, and constructed by Peter Leitch Construction Ltd., general contractor. Construction began in 1947 and the building was officially opened in August of 1949.

Forty concrete piles were driven 43' to hard pan. The building measures 164' along Osborne, 46' back on the north side, and longer on the south where there is an attached garage. The building is two storeys on a raised concrete foundation. Main doors off Osborne funnel traffic up to the blood donor clinic area on the second floor; a different set of stairs provided access to the private basement. Generous glazing across the east elevation are capped with awnings to shade the interior. Originally there was a 10-bed blood donation room, recovery room, canteen, laboratories, lab and record management on the first floor. The upper floor housed executive offices and a boardroom, record storage and lecture hall. Mechanical, staff services, workshops, training rooms and offices were located in the basement. There have been several alterations to the interior as blood-processing methods have evolved.

On the exterior, bands of glazing alternate with horizontal bands of Tyndall limestone. Both the windows and the plate glass surrounding the entrance way are set in nickel stainless steel, manufactured by Dominion Bronze and Iron Ltd.. Although there has been a passageway connecting the Red Cross to the small structure on the north side of the site since 1973, the facade is generally very similar to its original appearance. The mechanical penthouse, set in its centre, was a later addition.

Restructuring and growth demanded additional space and the Red Cross relocated to a new building at 777 William Avenue in the summer of 1999. A foyer addition on the Osborne elevation, characterized by exposed concrete impressed by formwork, extends the otherwise rectilinear structure towards the street.