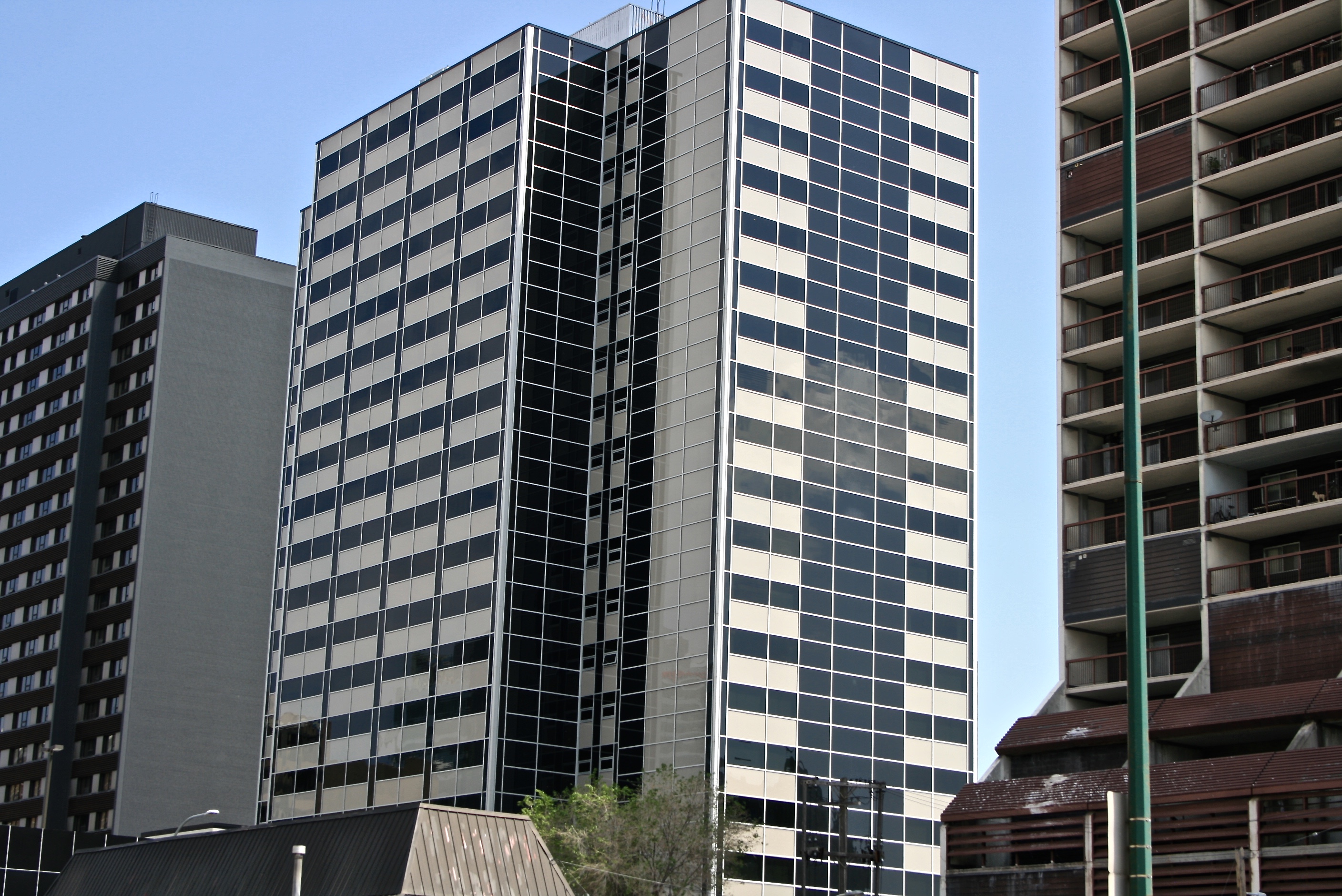 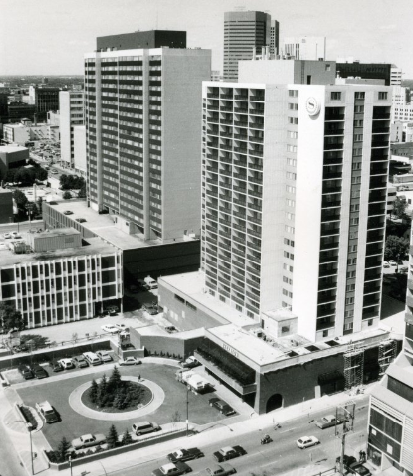 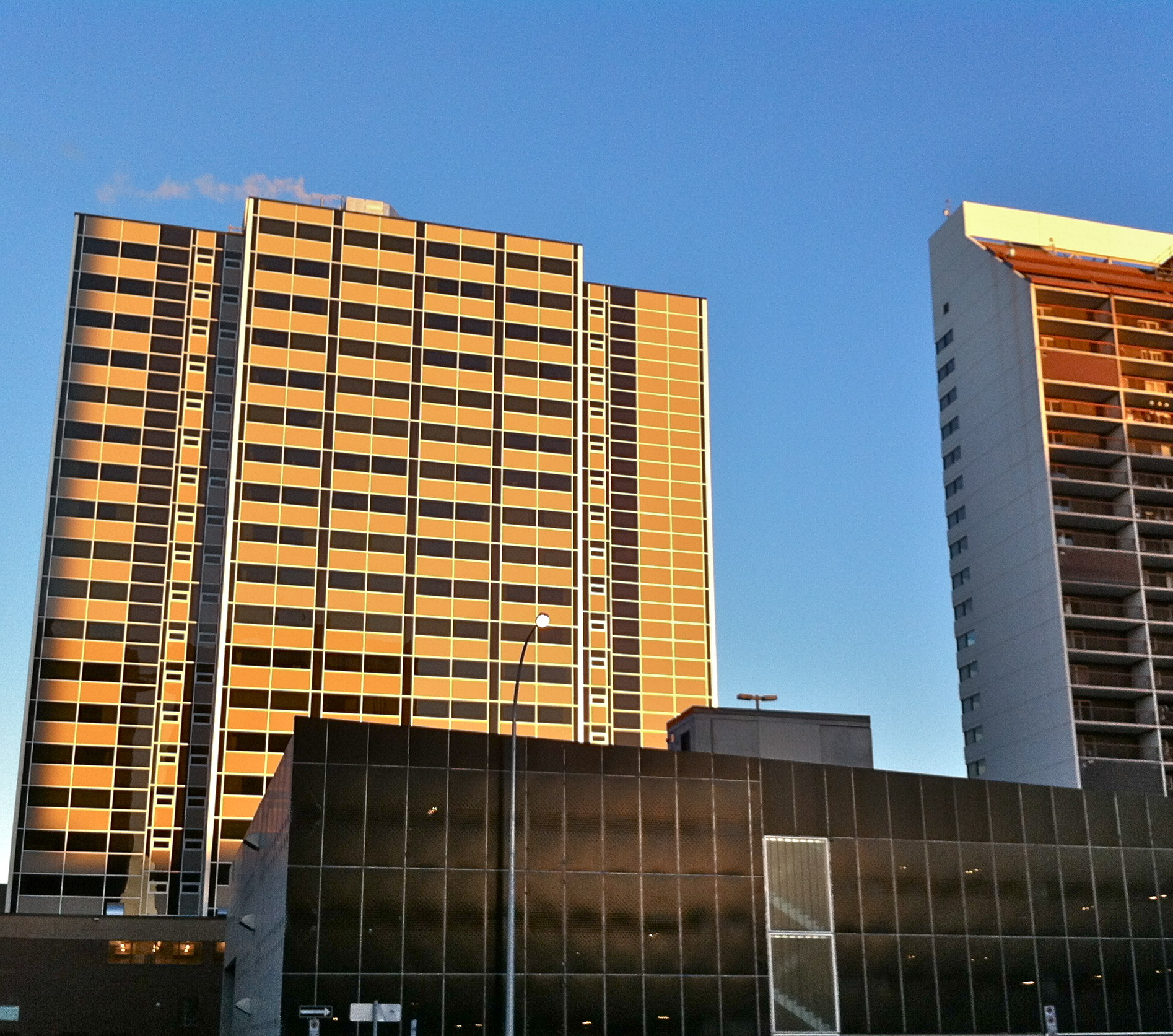 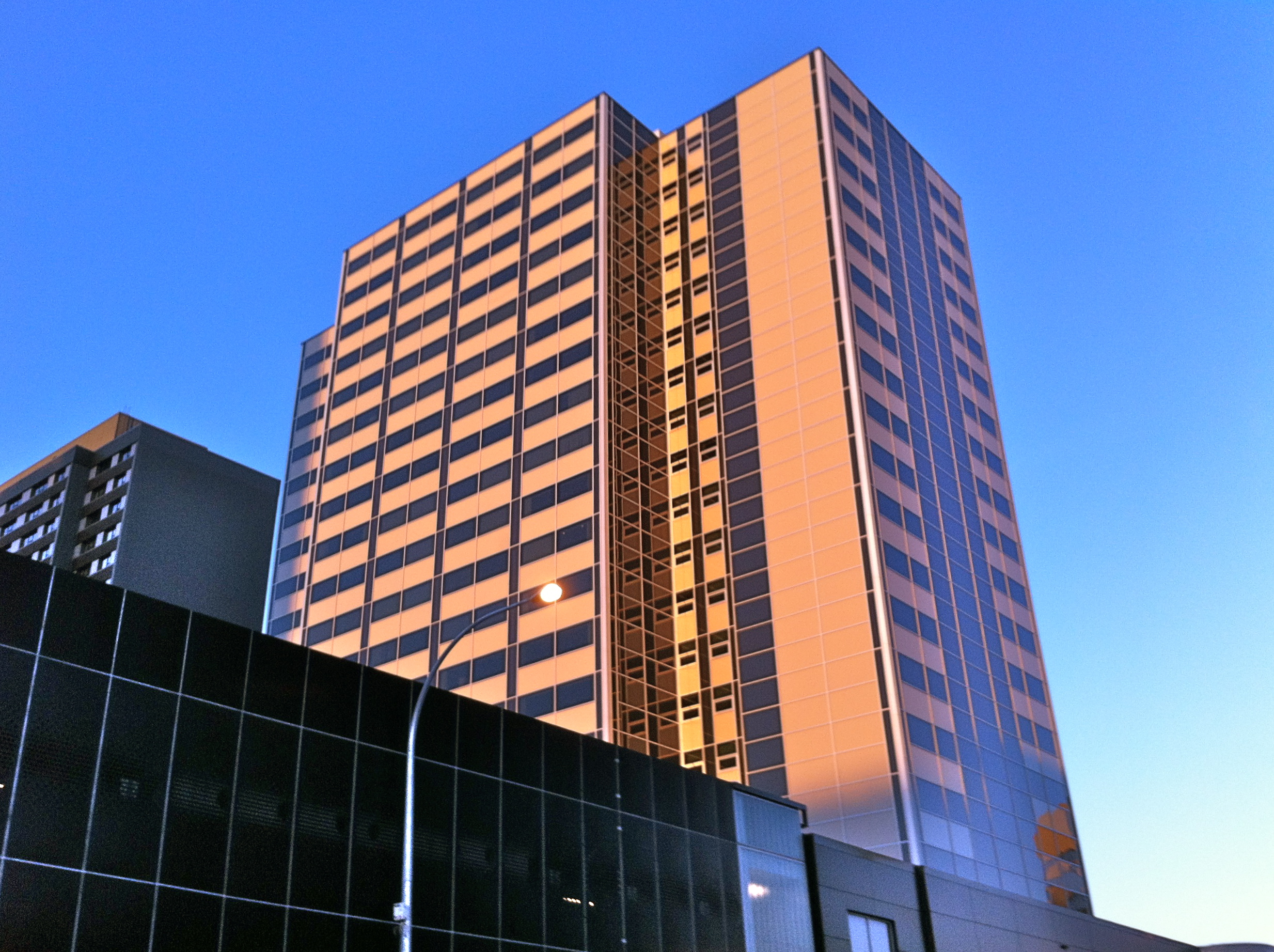 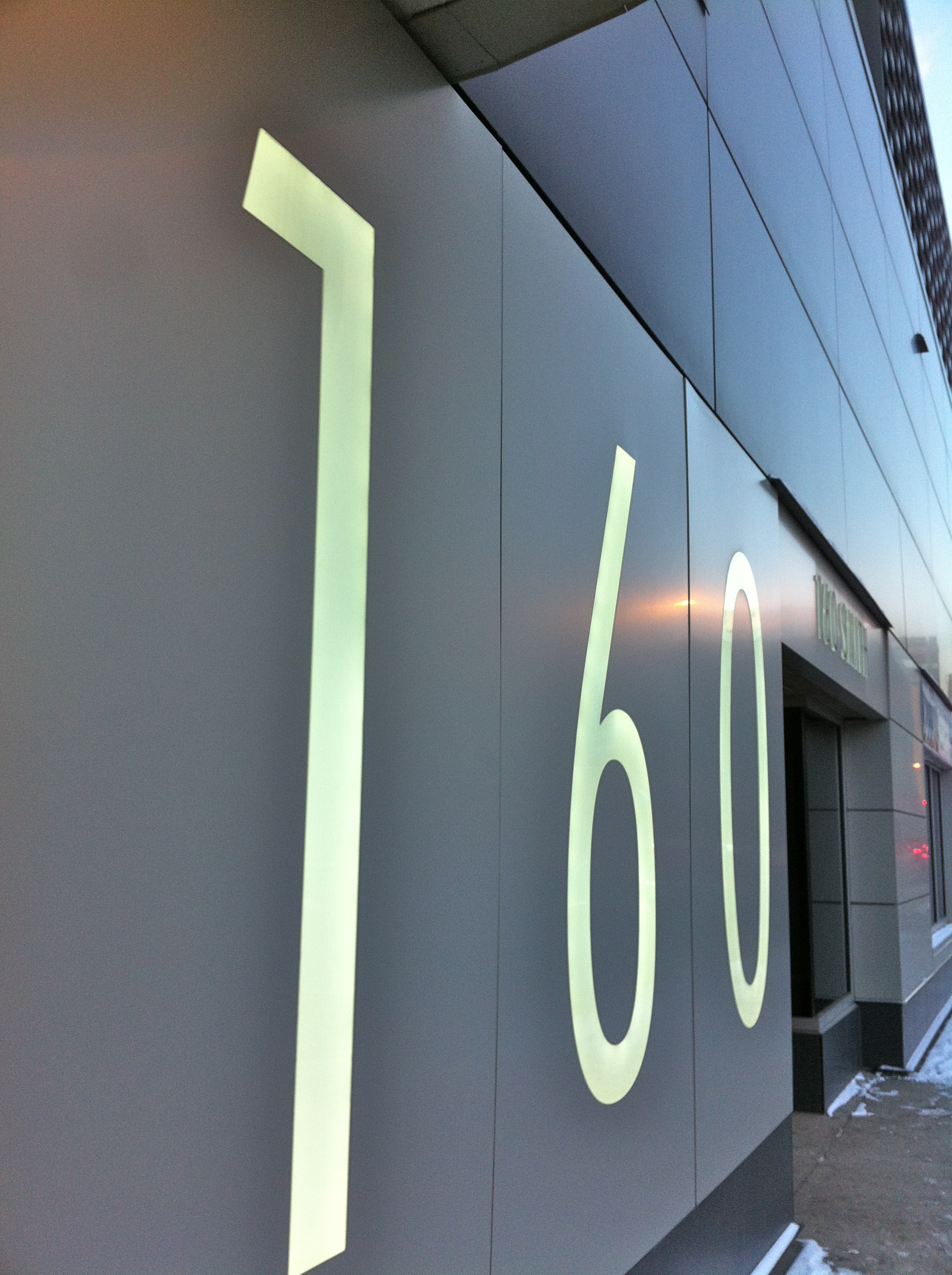 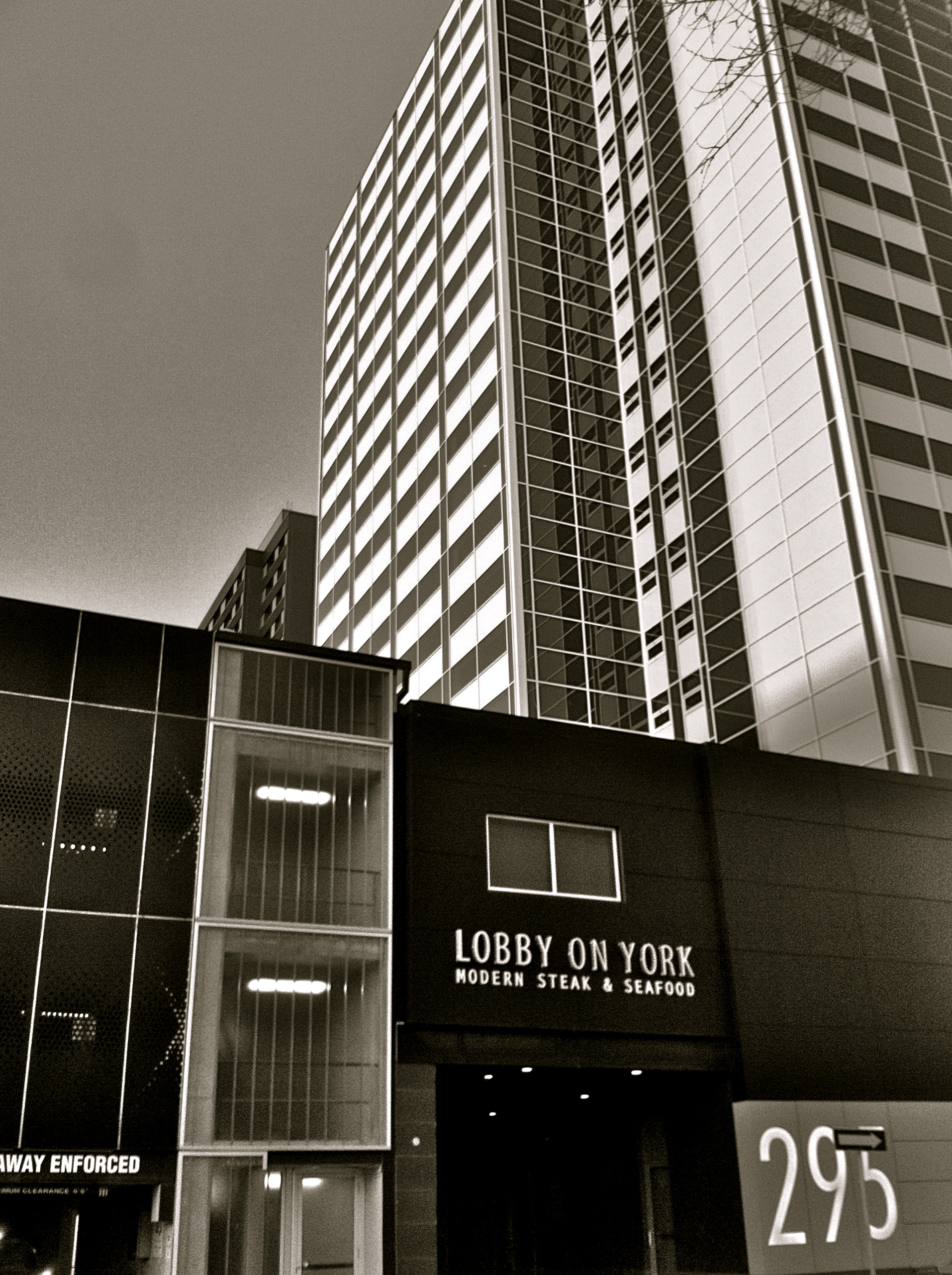 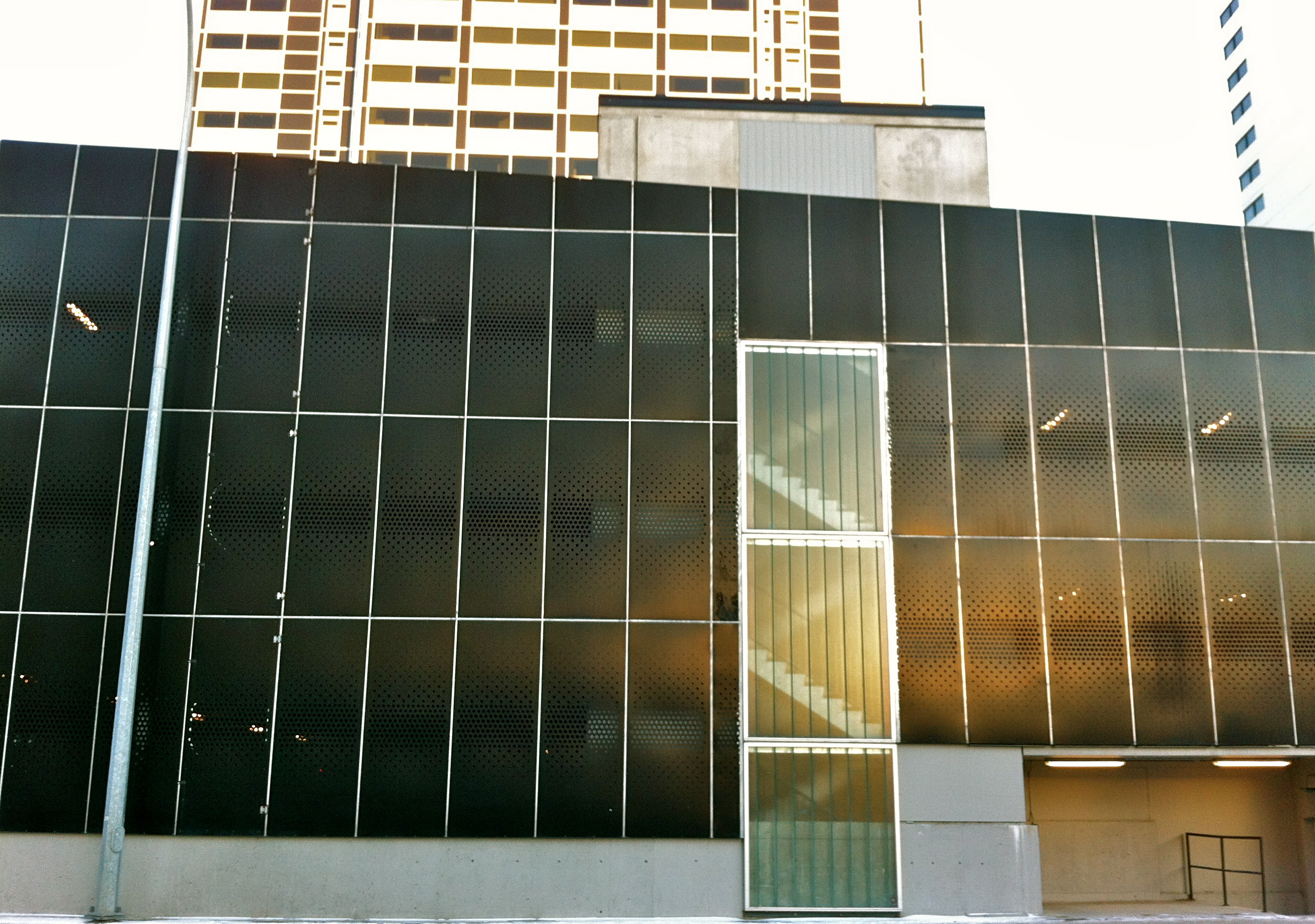 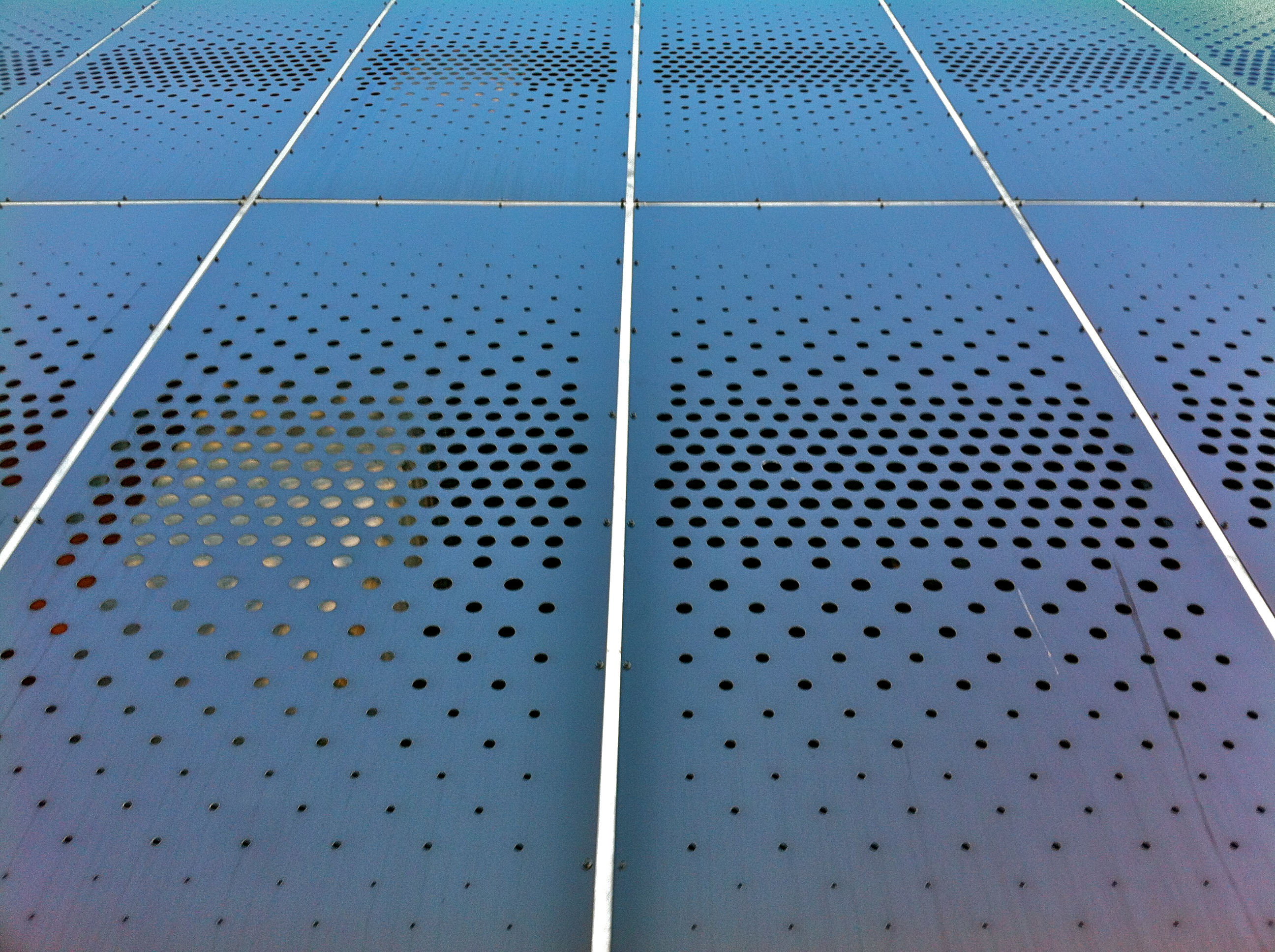 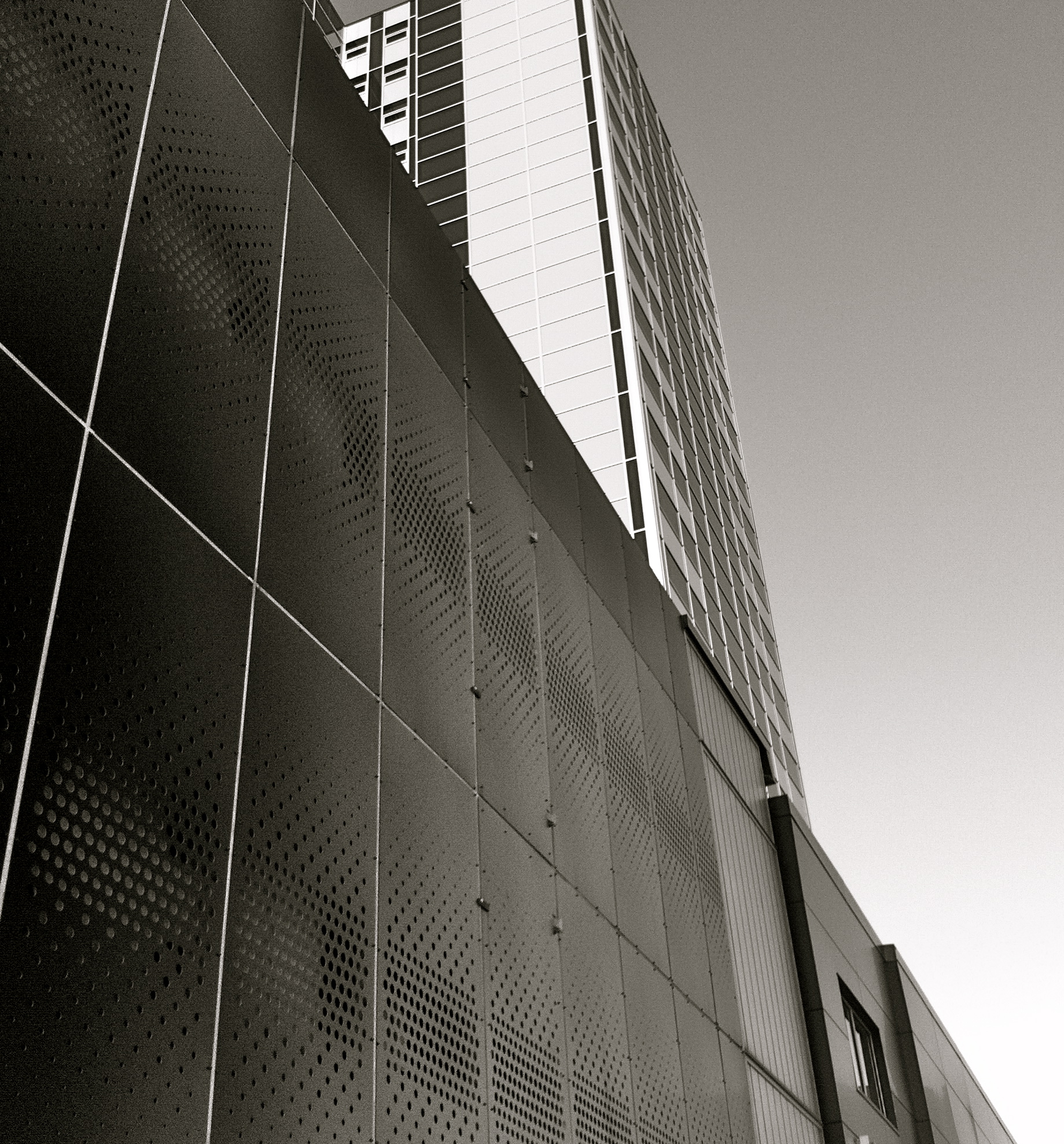 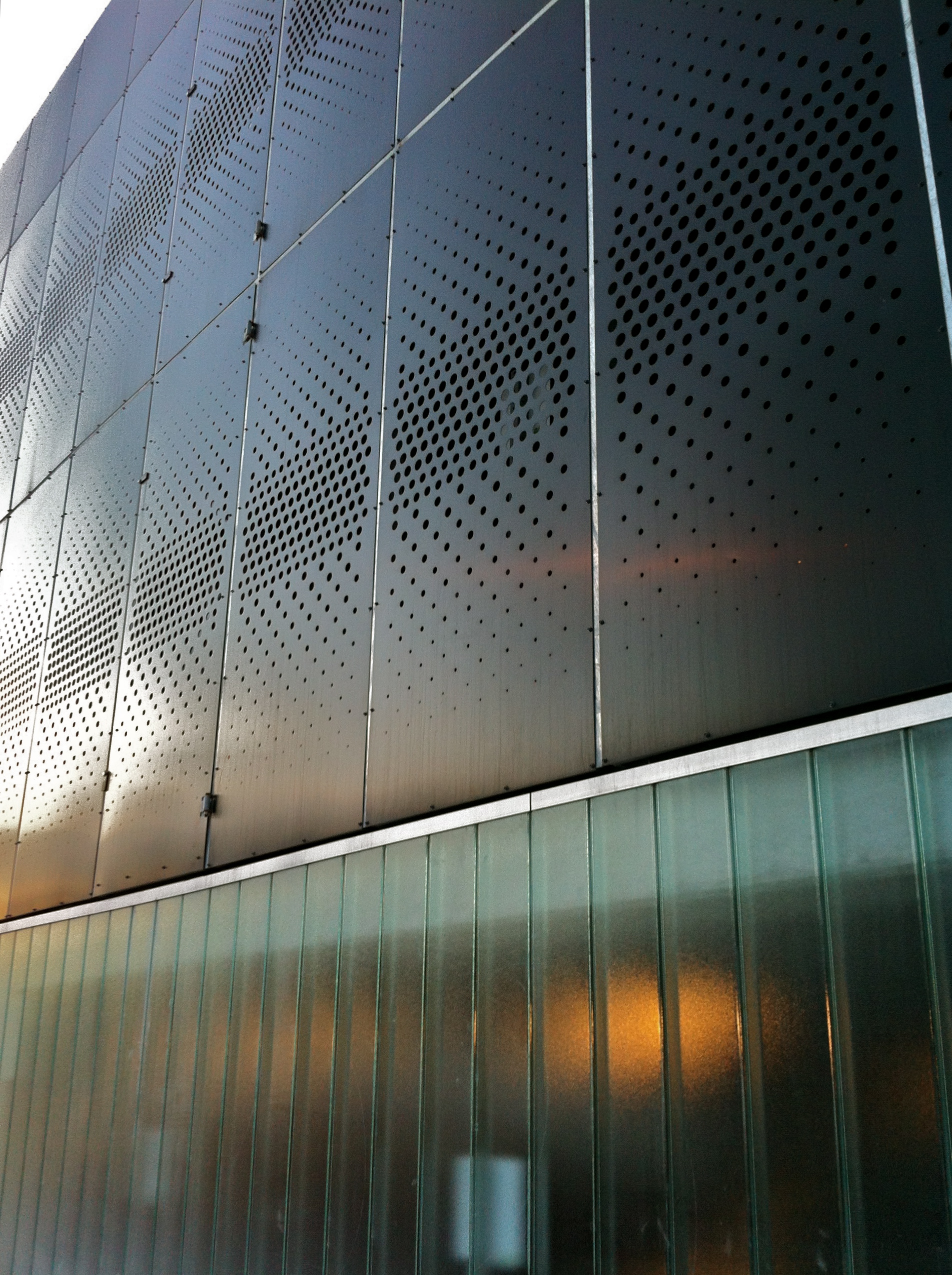 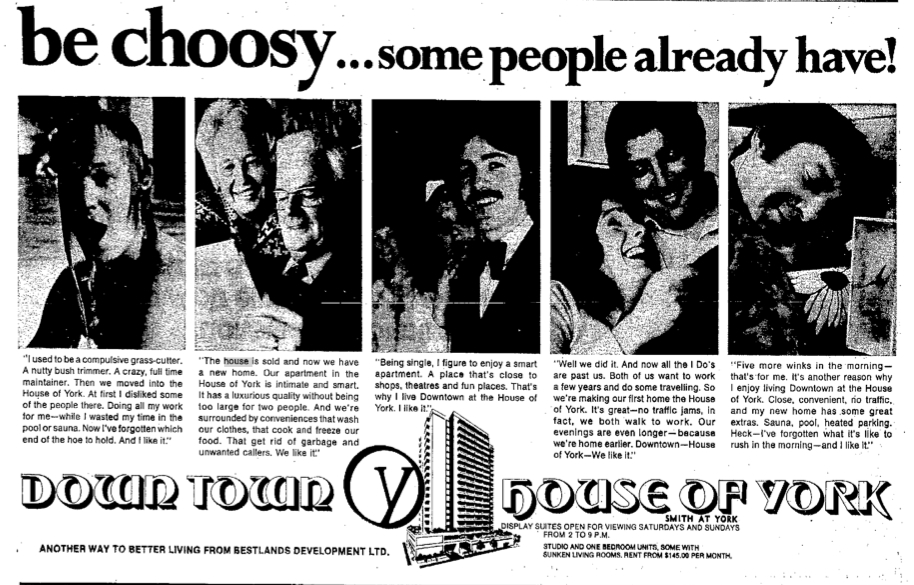 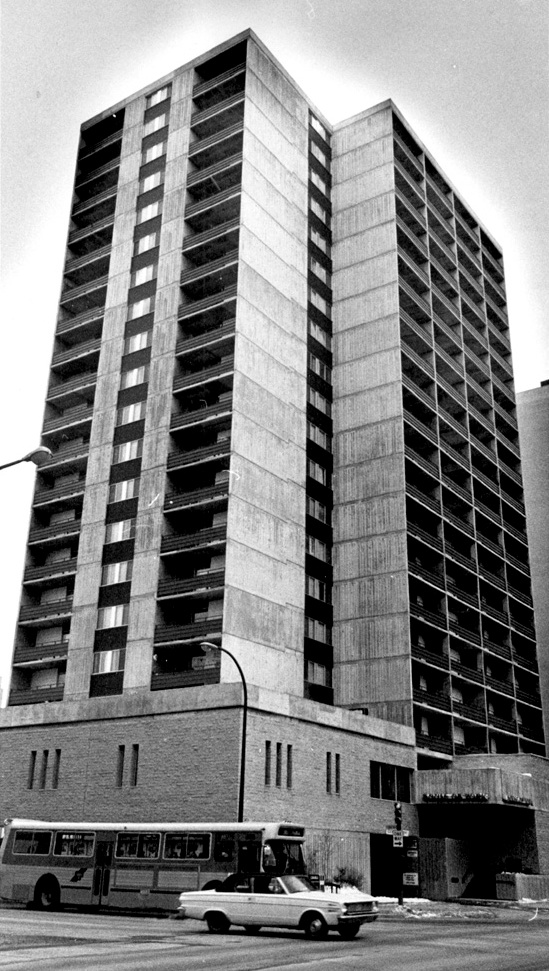 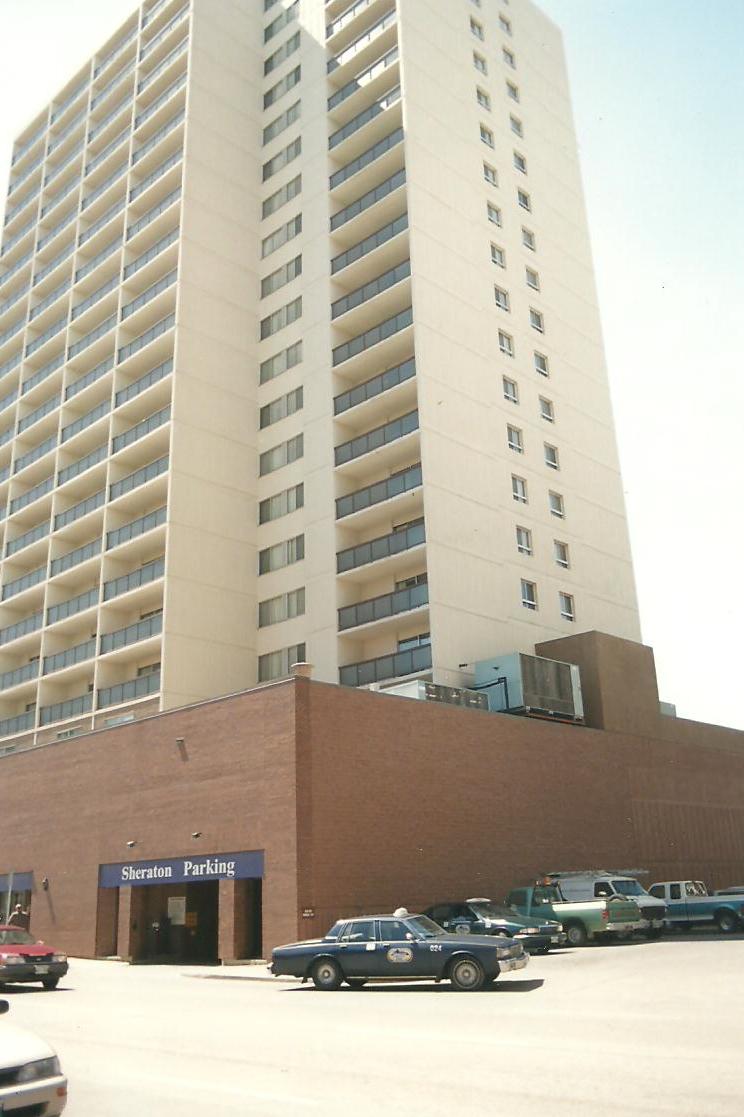 First constructed by Bestlands Development as an apartment complex known as the “House of York,” 161 Donald Street was purchased in 1980 by Lakeview Properties and converted into a hotel. The original design, by Helmut Peters of the firm then known as Moody Moore Duncan Rattray Peters Searle Christie, featured facades composed of exposed concrete and balconies, which fronted glazed sections. A lower podium section of two storeys was clad in Manitoba Tyndall stone and concrete. The building, 23 storeys high, then contained 216 suites designed for a range of downtown housing requirements and contained a swimming pool, sauna, party room and landscaped gardens with planting that often draped over the West side plaza and parking space. Prior to construction Bestlands Development cited the Metropolitan Corporation of Greater Winnipeg's Downtown Development Plan as one reason the project was undertaken at this site.

As a hotel 161 Donald Street operated under different names until the first decade of the 21st century. Between 2010-12 the building was recommissioned back into its first purpose as a tower housing personal residences,At this point a major re-cladding was conducted, a process which also saw the balcony spaces converted into interior space. Architecture49, with lead designer Grant Van Iderstine, were responsible for the re-cladding design, the final design of the apartments and other interiors, as well as the design for the main floor restaurant.

This project coincided with the construction of a 50,000 square foot parkade, designed by local architectural practices BLDG and Allan Coppinger Architect. The new parkade features artistically detailed black metal cladding and glass sections. The parkade and re-cladding of the apartment building was finished at a cost of $1,250,000.