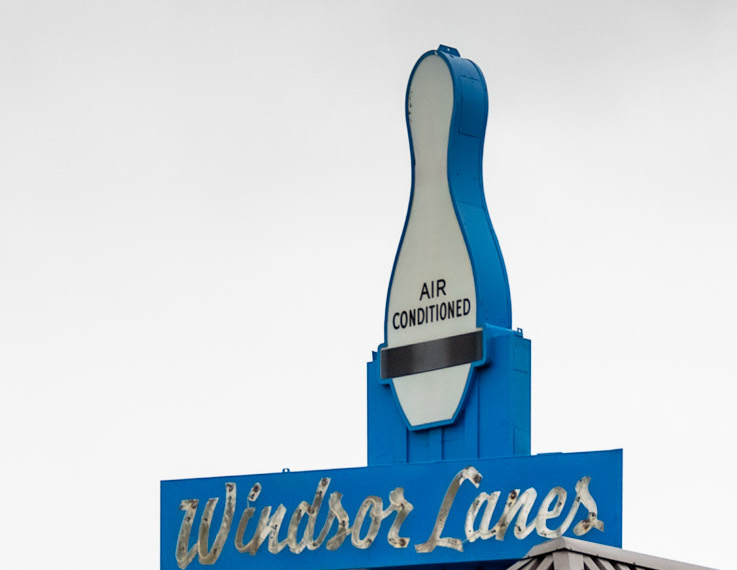 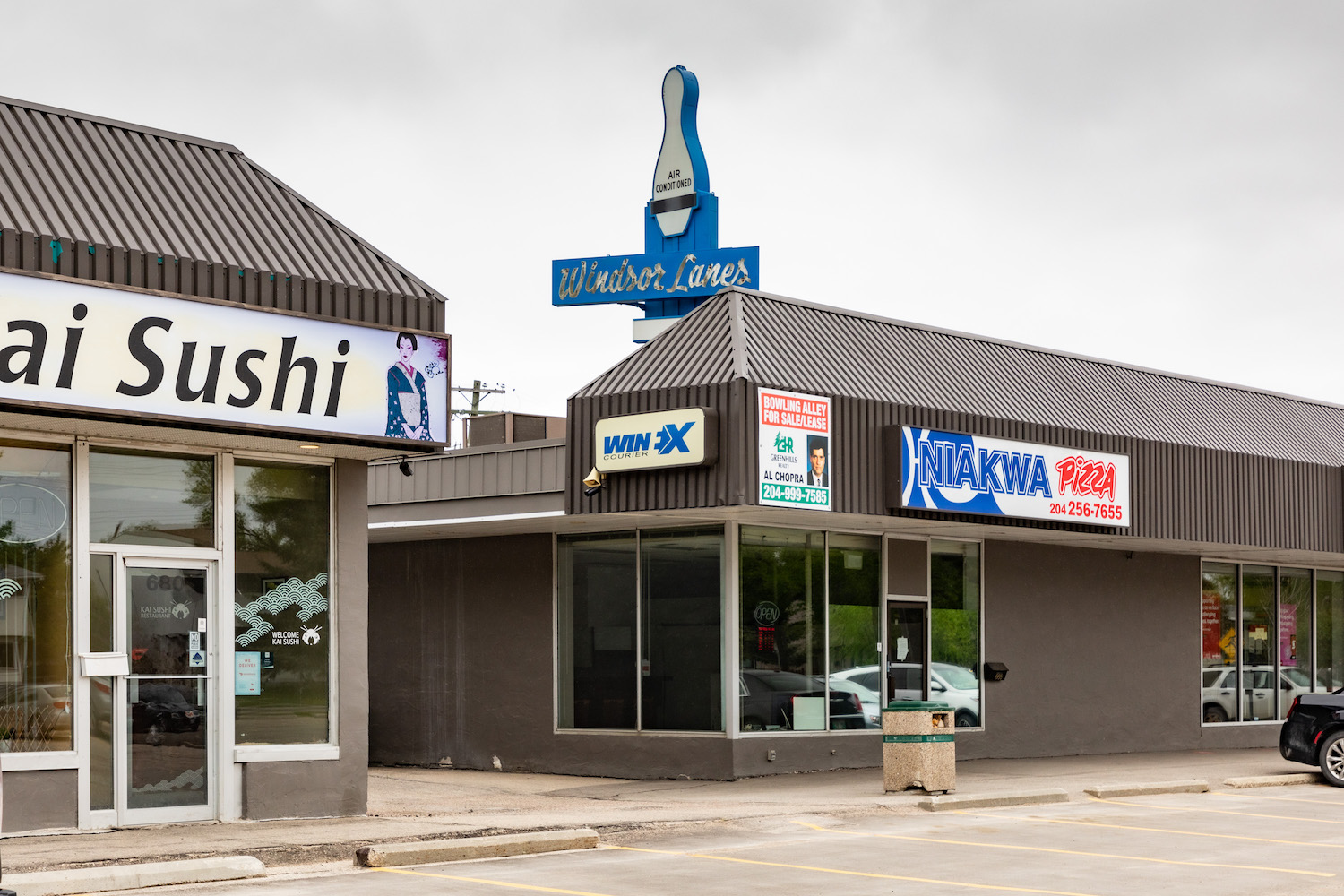 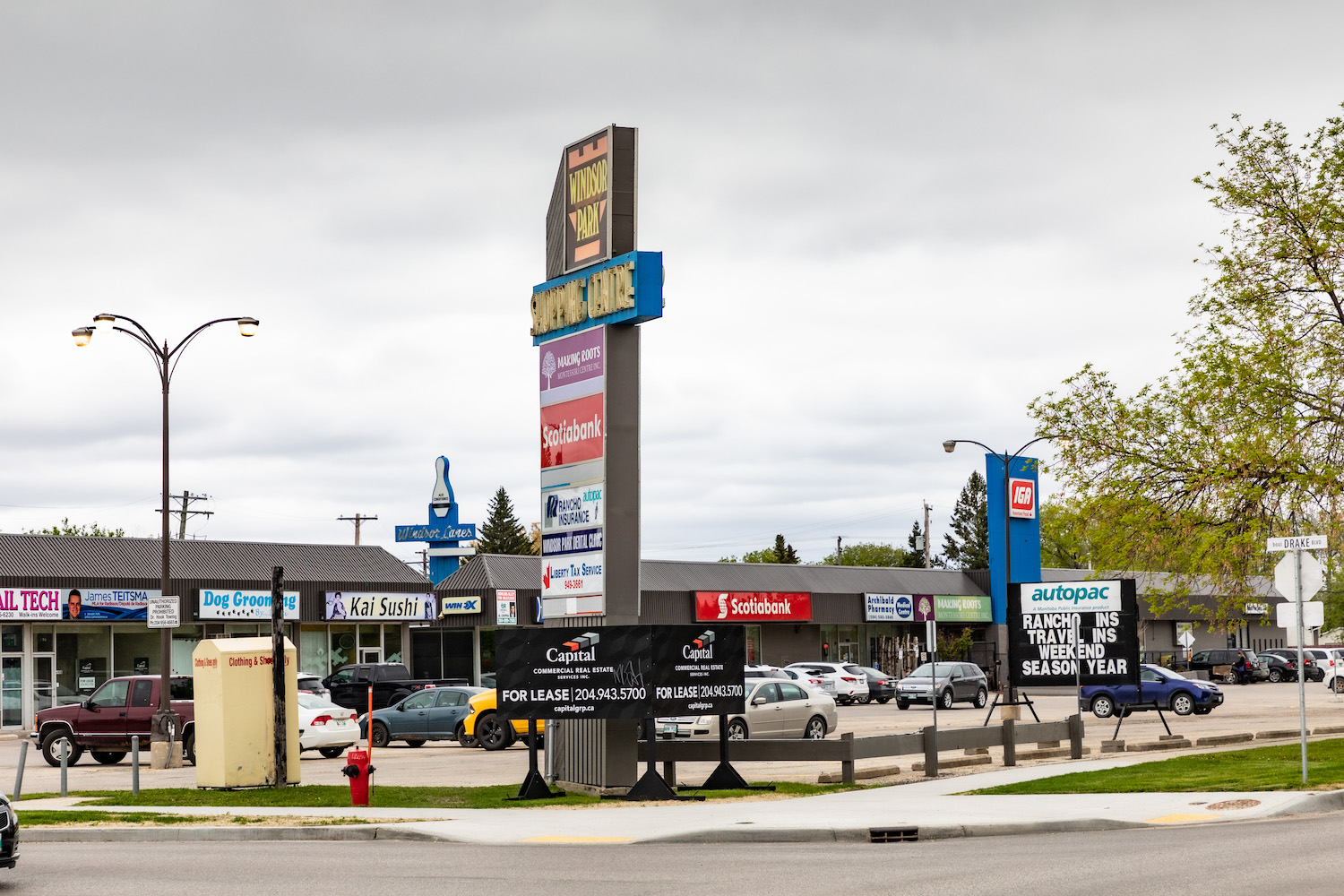 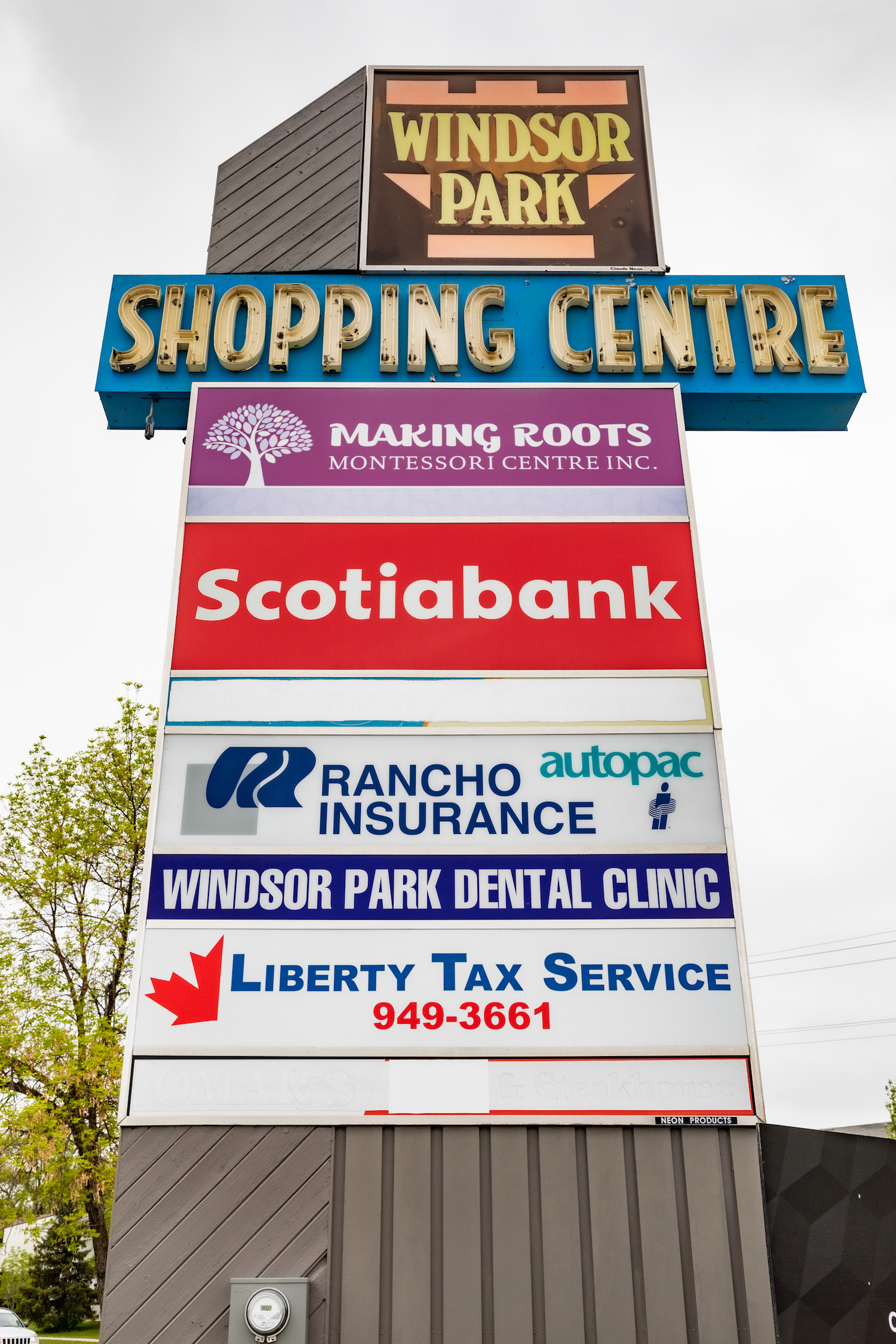 A proposal for a shopping centre at the corner of Drake Boulevard and Elizabeth Road appeared as early as January of 1959. Development of the centre was trusted to K. A. Miller of Lount Construction, a reputable Winnipeg company. Like the Cottonwood Shopping Centre, Windsor Park Shopping Centre included a modest sized grocery store. A tower-like signpost extends out of the front of the store. Although modernized, the IGA sign remains largely true to the form and style of the original sign. One of its long-time businesses is Windsor Lanes. It features a charming sign above the location in the shape of a white bowling pin, illuminated by neon lights.

The original mall included Easton’s Cleaners, Daisy Dairy Dip, Olier, Brown and Shrag Co., Donut House, Offices of Dr. Blight, Carus Hardware, Ronald Shoe store, Windsor Park Florists, Bank of Nova Scotia, Drake Pharmacy, Mini Mart, and Spudnut. The stores are placed along the length of Elizabeth Road, and extend to the other side of Drake Boulevard. In 1979 a renovation of the space was done by Moody Moore and Partners.