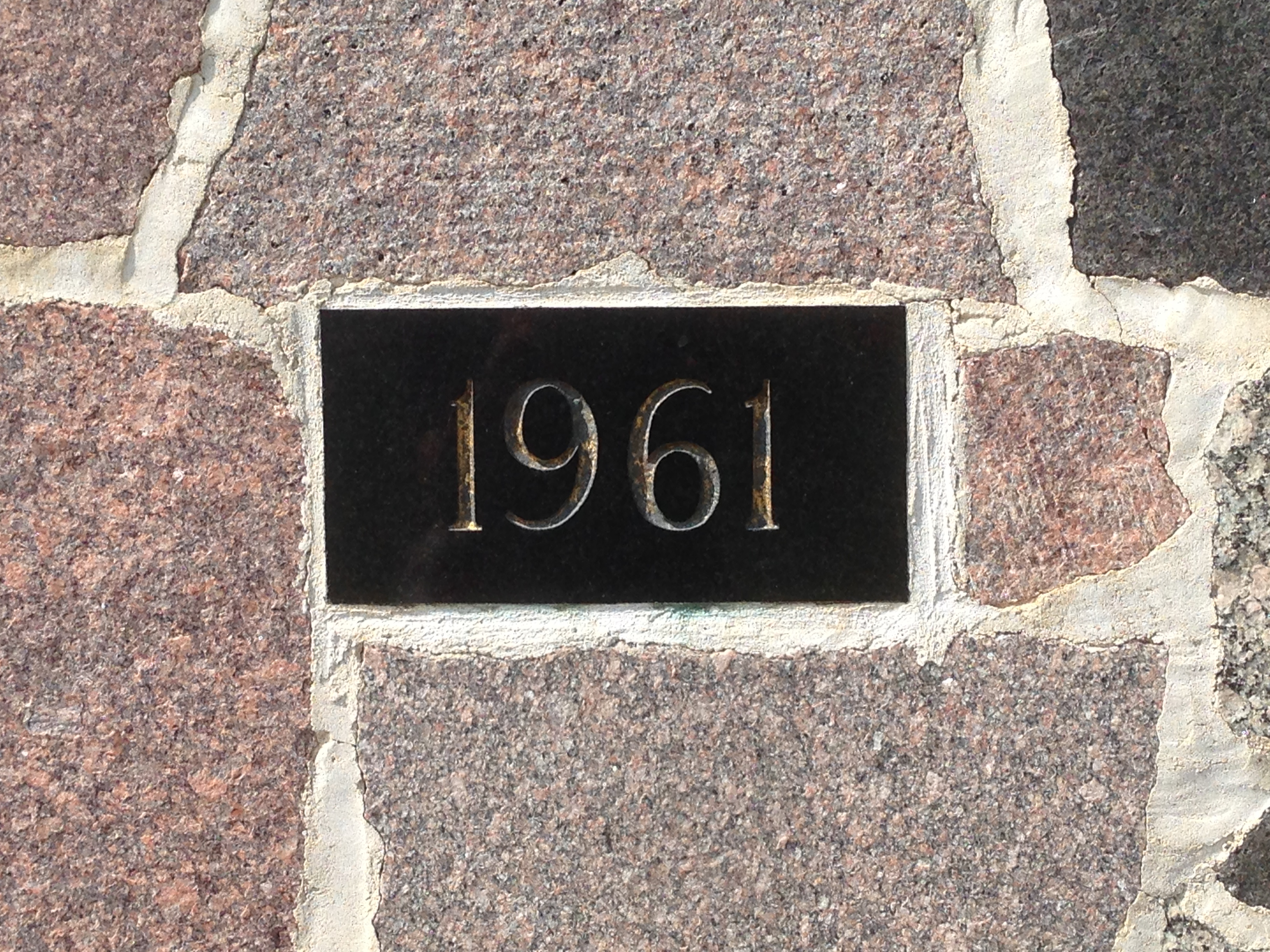 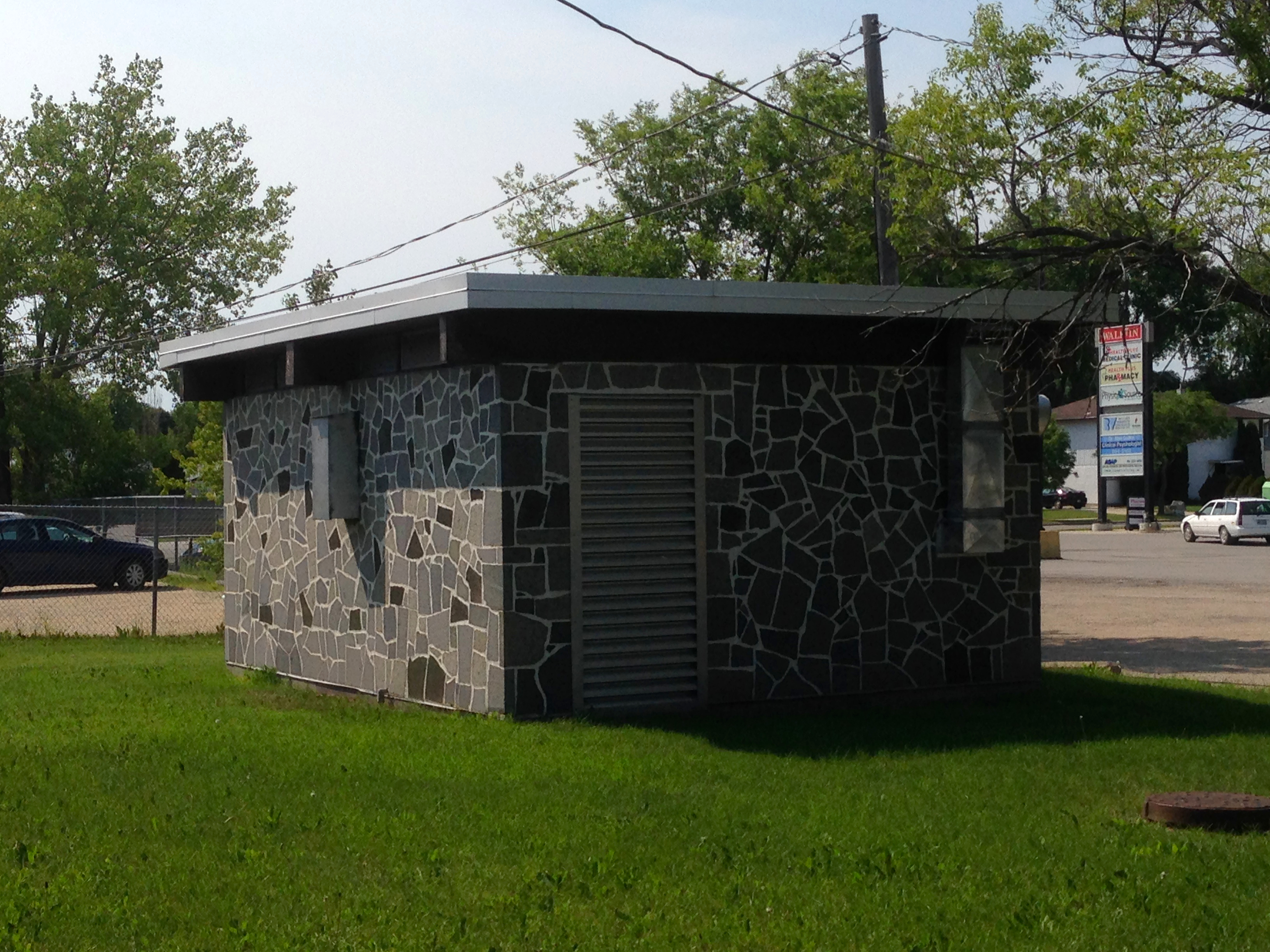 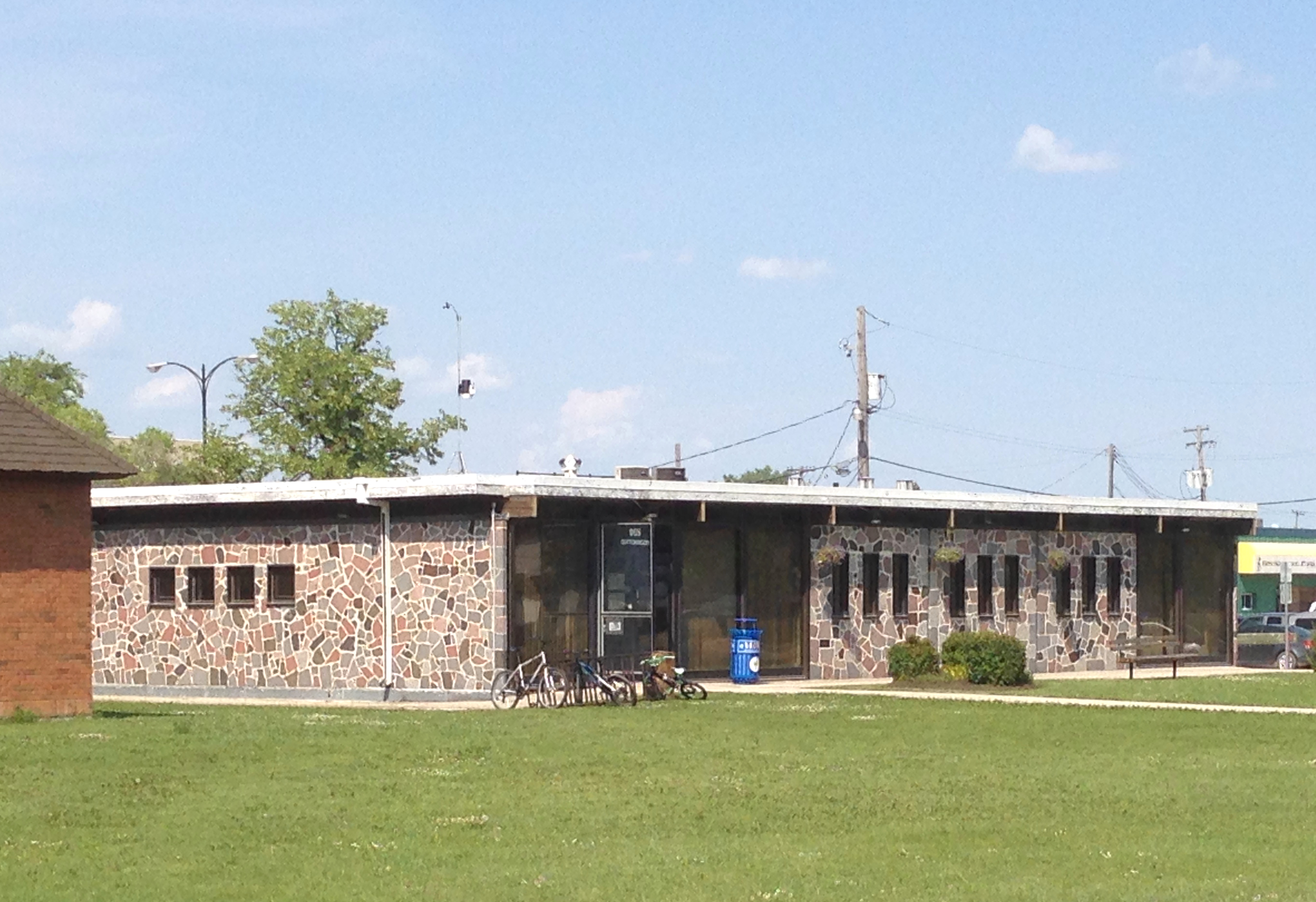 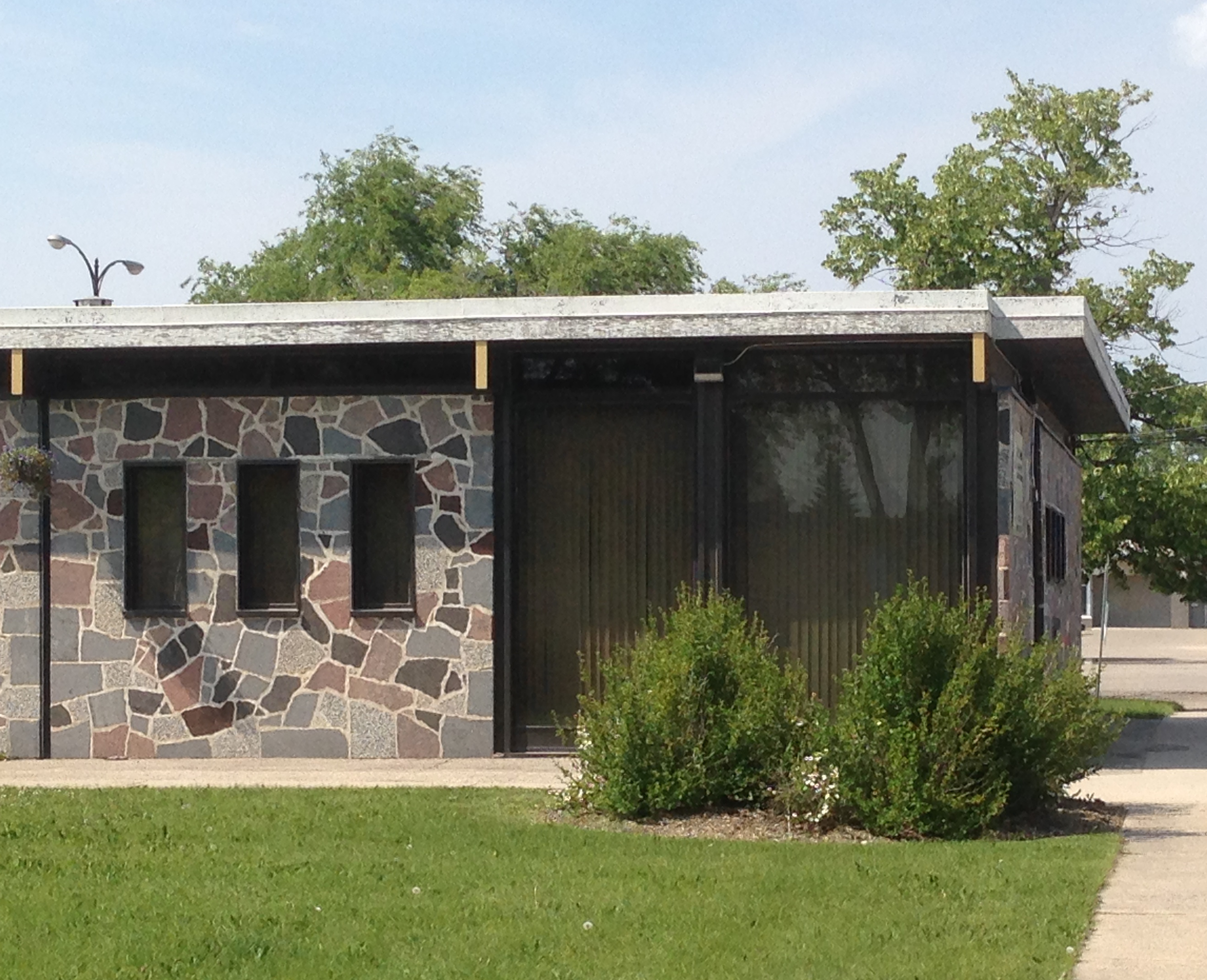 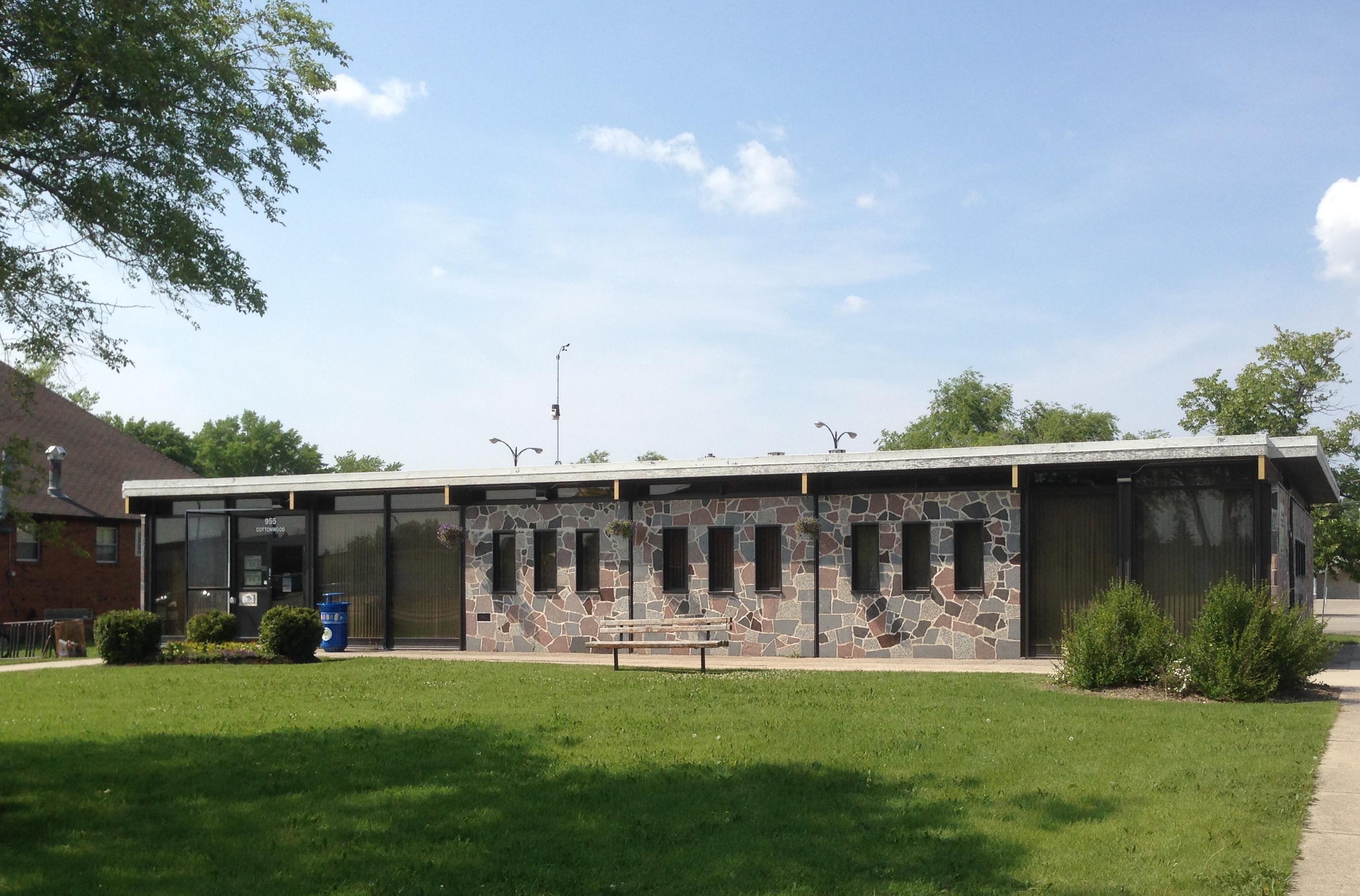 On April 25, 1960, St. Boniface City Council announced it would acquire land in Windsor Park to build a library. Completed in 1961, and opened in February 1962, Windsor Park Library stands as a measure of St. Boniface’s population growth in the 1950s. The location at 955 Cottonwood Road, designed by architects Zunic and Sobkowich, was one of three new St. Boniface libraries planned to open within one year. The others were located in Norwood’s Coronation Park and on Langevin Street.

The project was without precedent, as no other city in North America (with a population of approximately 40,000 people) had ever opened three libraries in one year. In order to produce a design that was functional and economical, all three libraries shared identical interiors, despite having different exterior appearances.

The former Windsor Park Library is a small, rectangular, flat-roofed, pavilion-like example of modernist design. The post-and-beam type construction, typical of the period, articulates the building’s structural elements in its exterior form. The south facade, facing Cottonwood Road, features variable-sized granite blocks between the floor-to-ceiling windows on both the east and west side. The building's walls are topped with thick horizontal beams that enclose slender clerestory windows. This effect, which tends to blur the distinction between interior and exterior, creates a sense of openness. A small service building constructed to house mechanical equipment stands adjacent to the library, clad with similar stone.