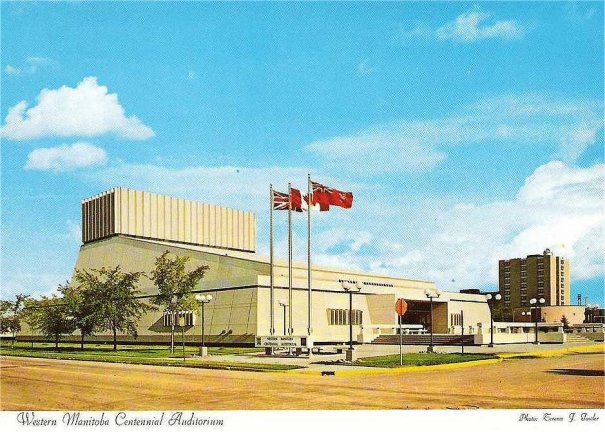 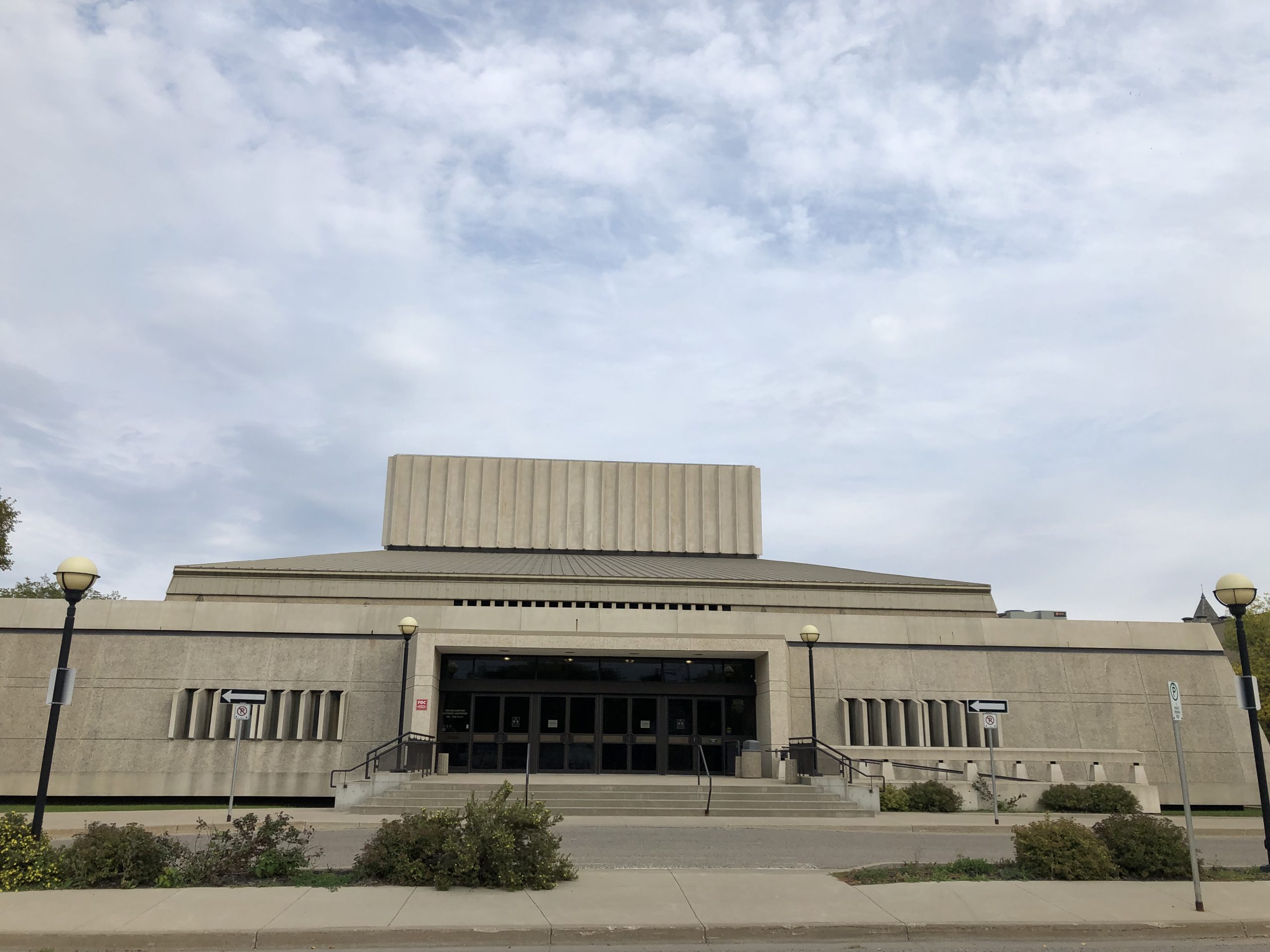 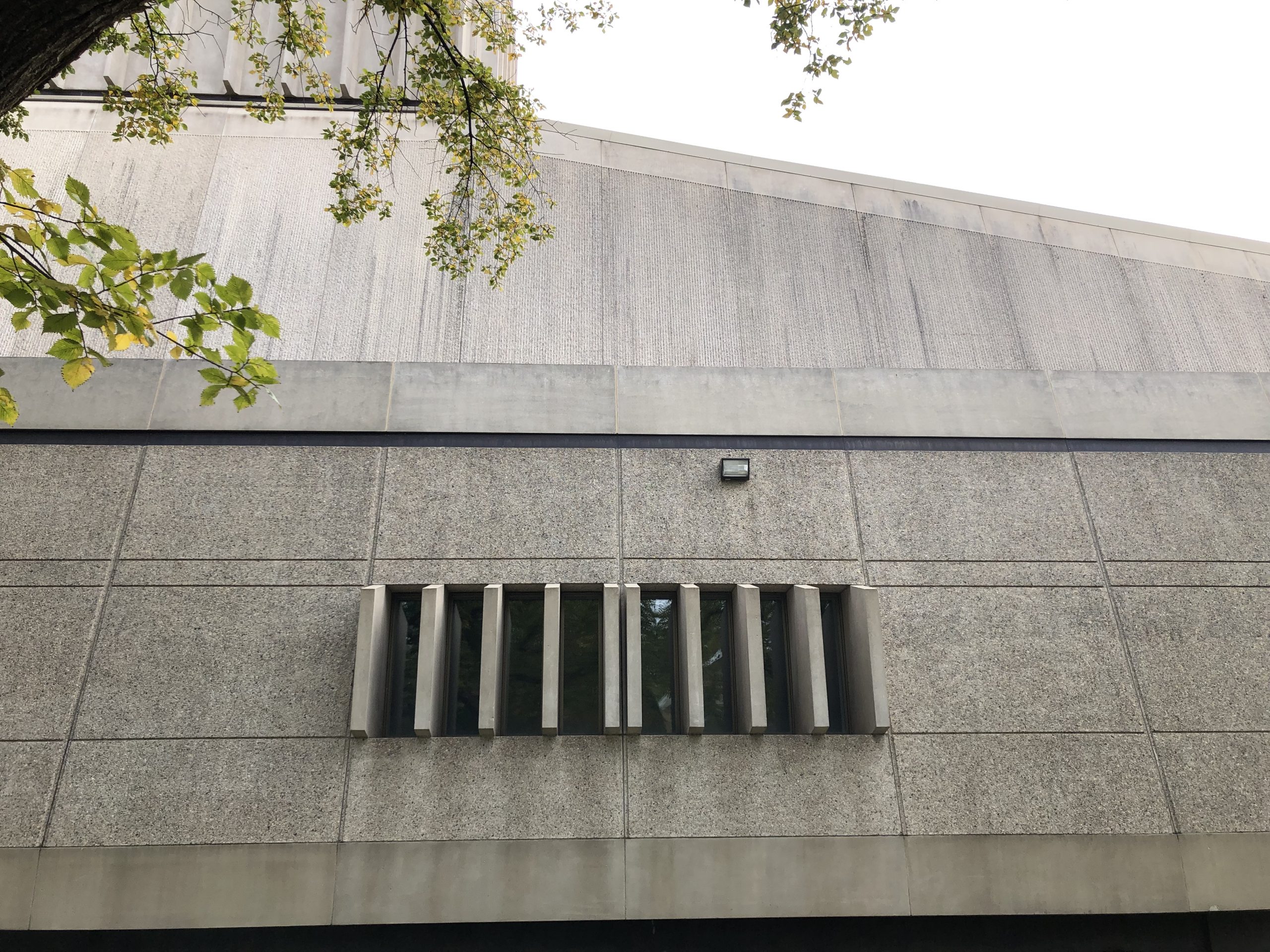 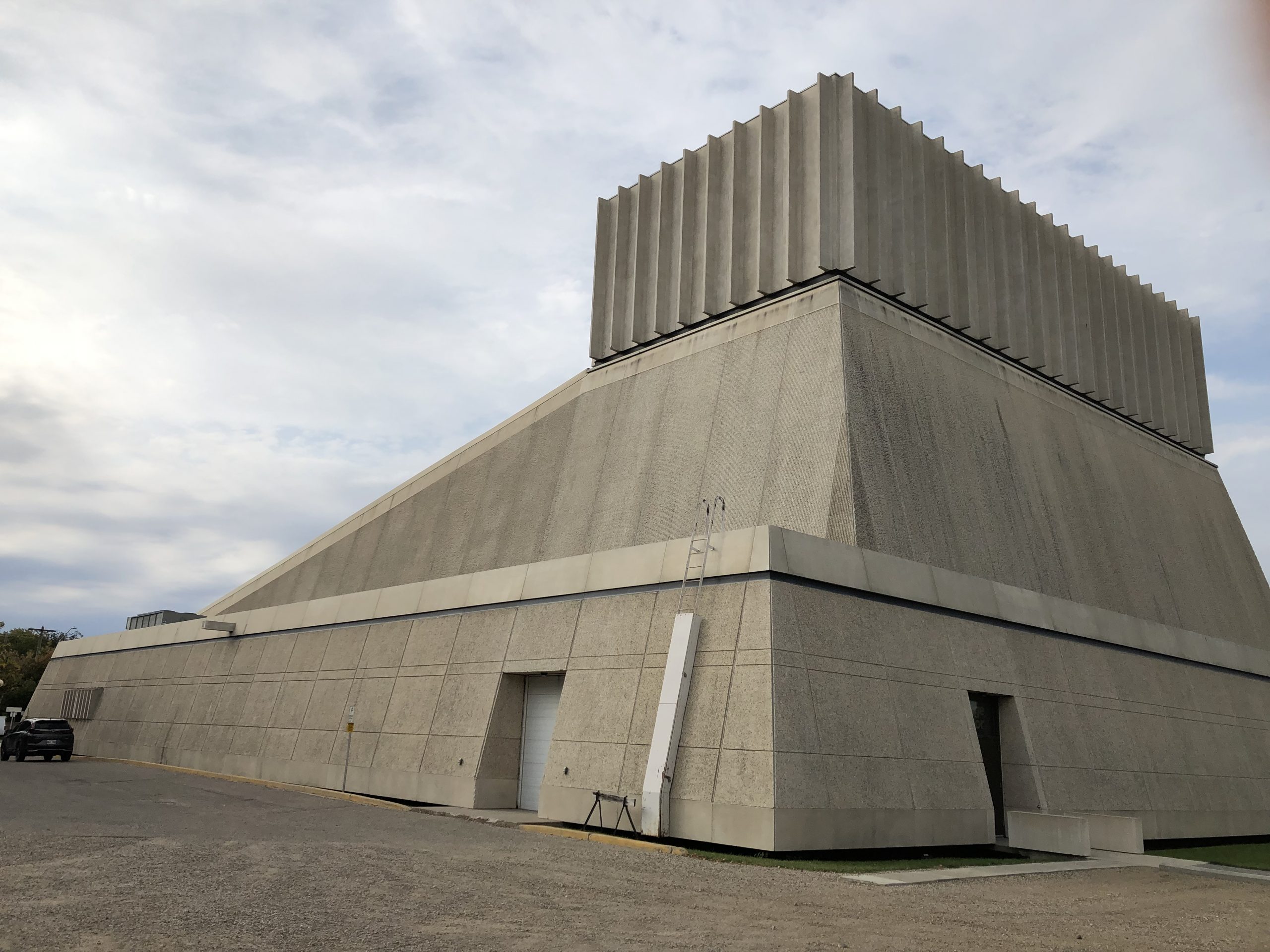 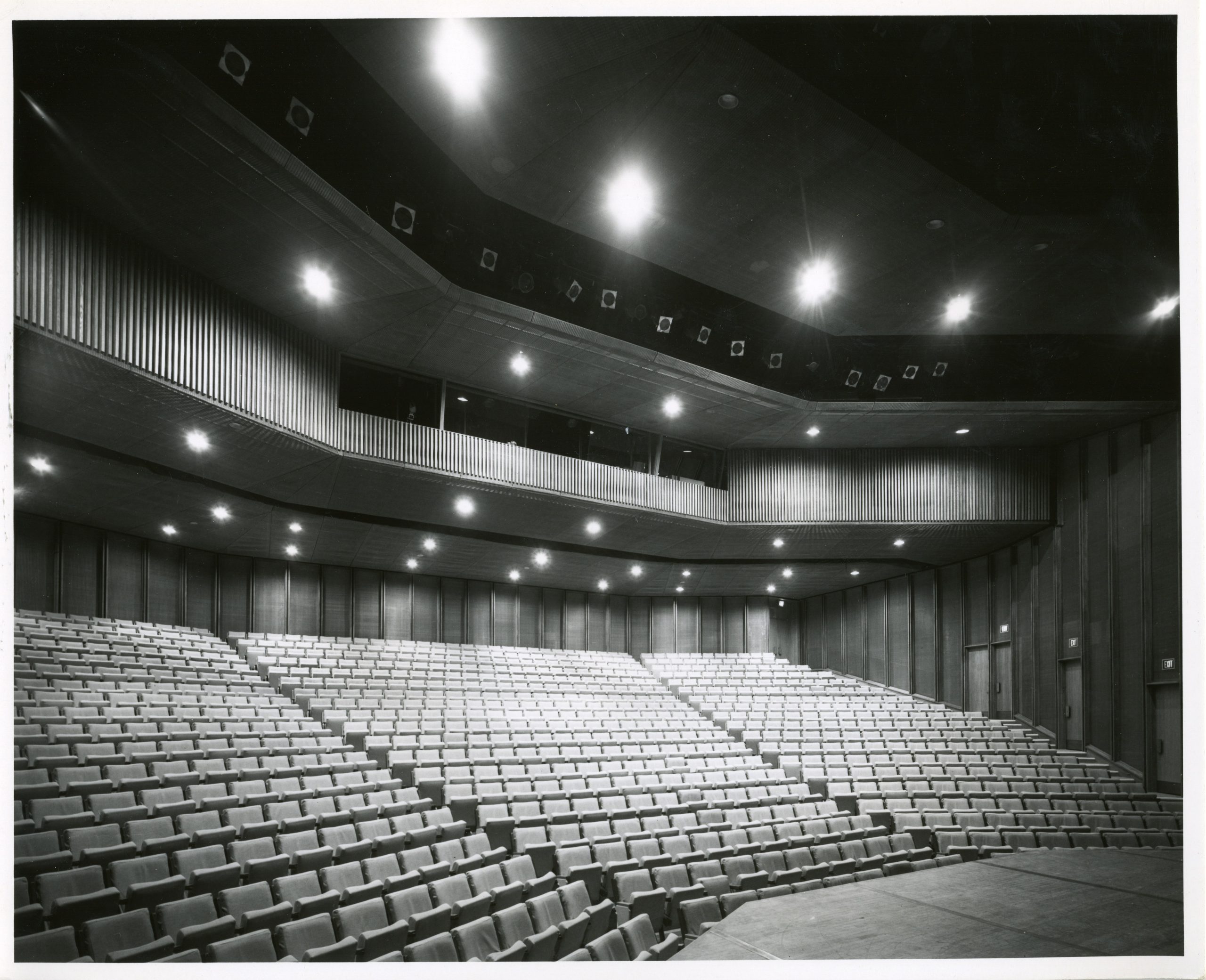 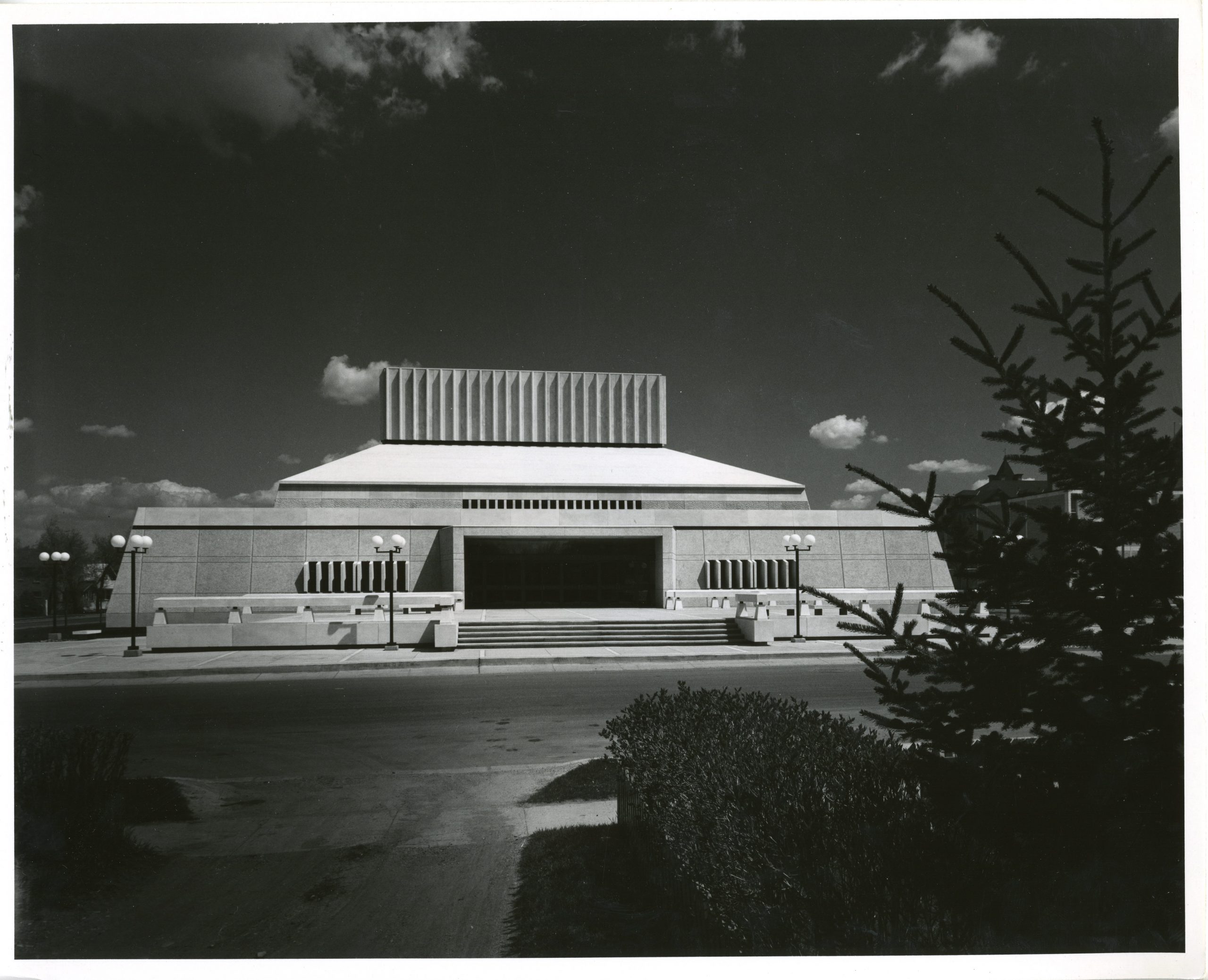 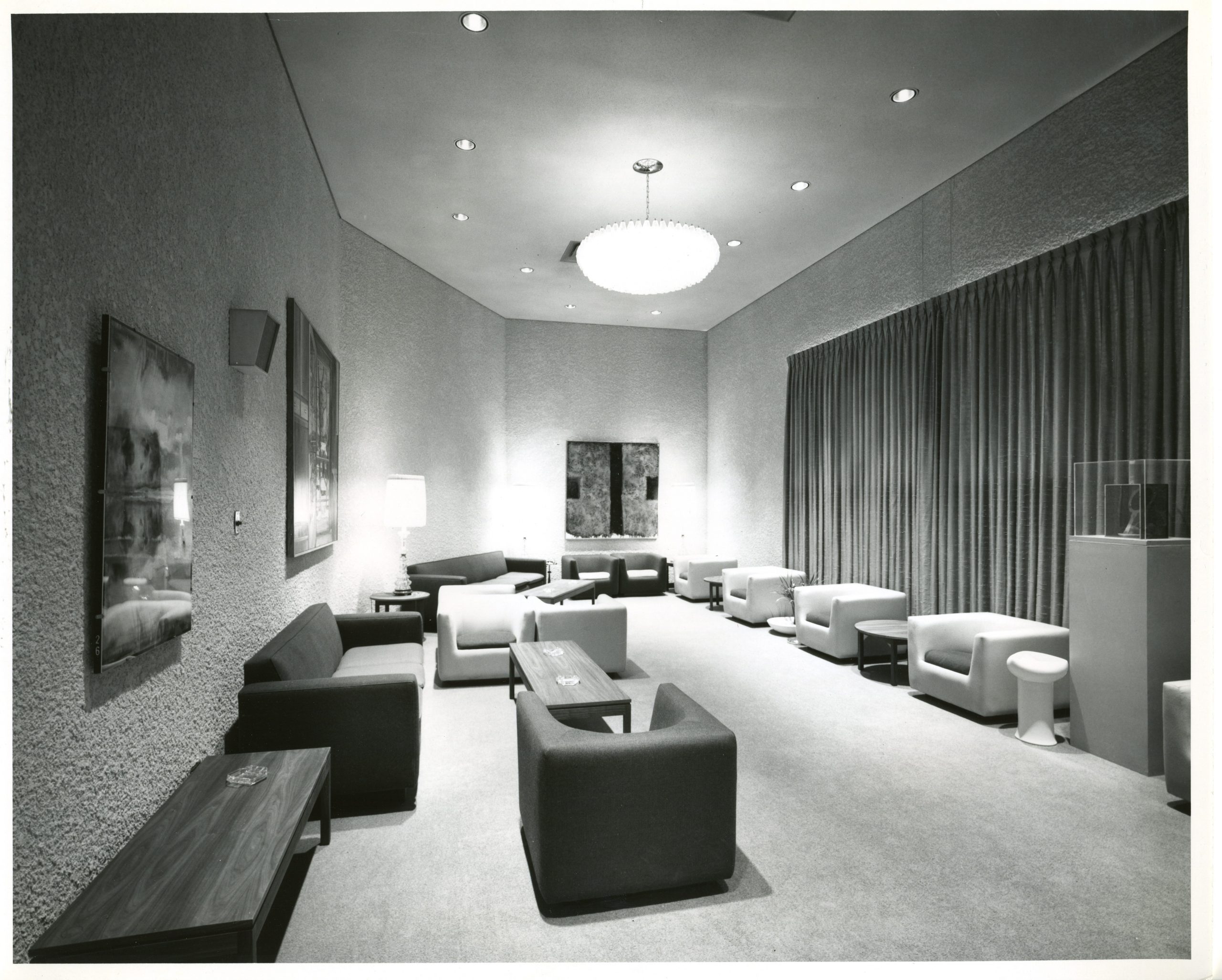 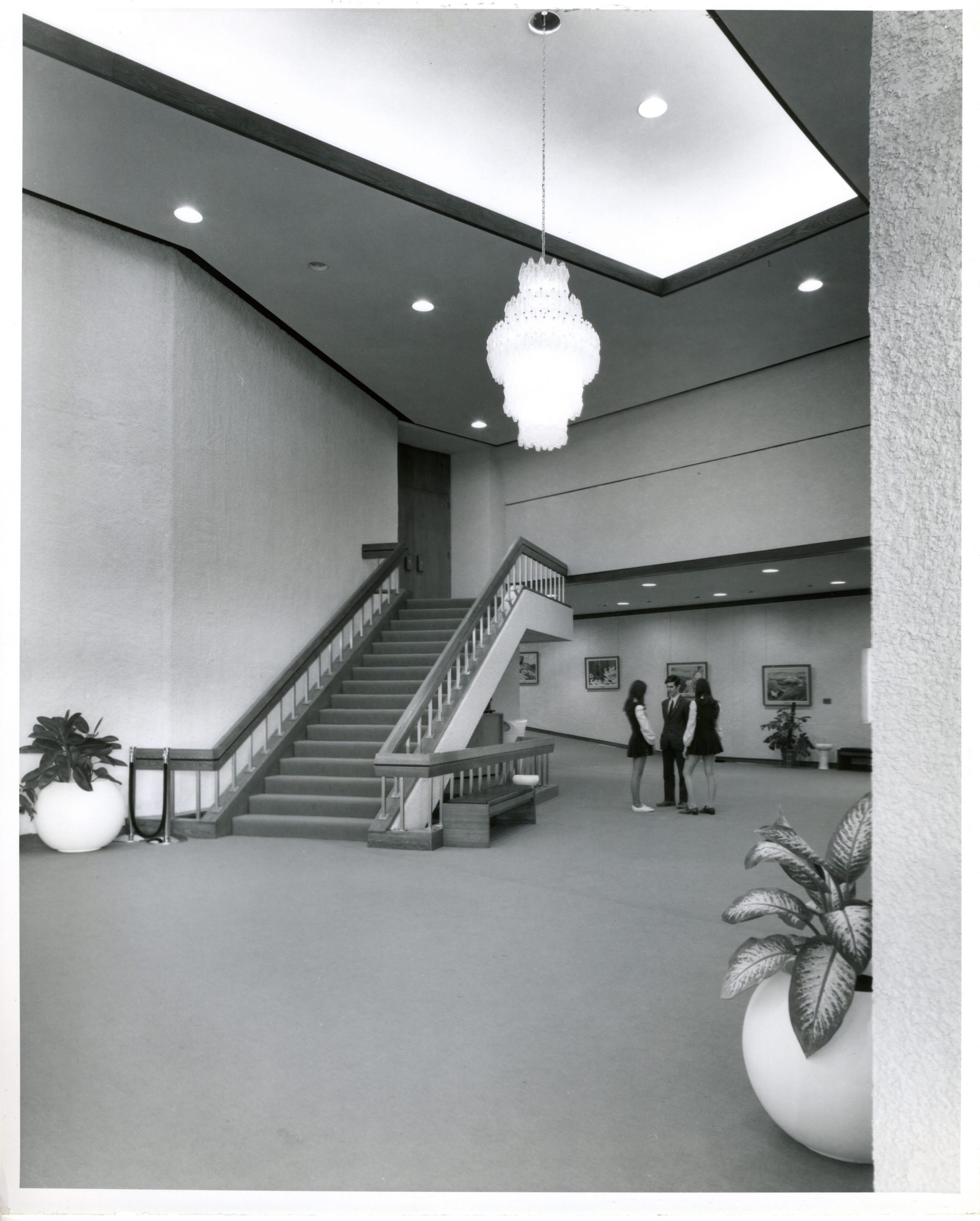 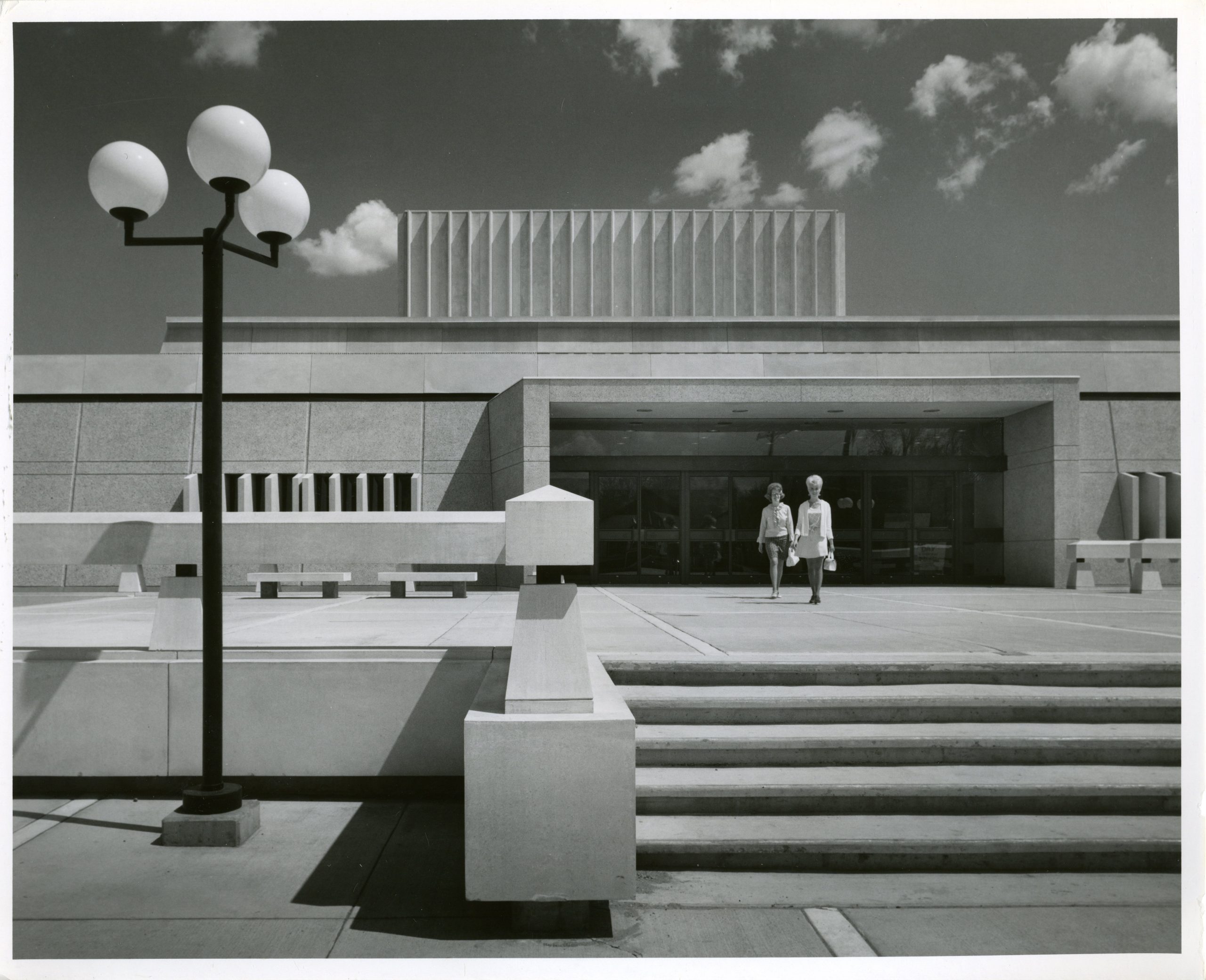 The construction of the Western Manitoba Centennial Auditorium was initially brought up on February 15th, 1953 during a city council meeting. It was anticipated that the auditorium would be completed for the city’s 75th anniversary in 1957. Despite the initial intent, the plans for the auditorium were put on hold. The project received a green light from Manitoba Premier Duff Roblin in 1962. Funding for the building occurred in 1964 when the Manitoba Centennial Corporation announced a $300 000 grant for the project. The overall cost for the building was estimated as $450 000. It was decided that the auditorium would be constructed at Princess Avenue and 20th Street making it the most northwest building of the Brandon University campus. It’s position on the campus was decided so that it would be in close proximity to the University’s school of music.

Architectural firm Ward MacDonald began design work for the building and eventually construction for the Auditorium began in 1967 and took a total of 3 years. The building was finally completed in 1969.The concrete building resembles a Mayan temple in its' form,which angled walls. The main central entrance welcomes concert goers and beckons them into the gracious lobby space. .

The building had its ribbon cutting ceremony on October 4th and the Royal Winnipeg Ballet was the first to perform on the stage. Princess Alexandra placed the cornerstone of the building.

The brass doorknobs with Canada’s Centennial symbol open up to a vestibule with a box office. The lobby opens up to a pebbled limestone interior which branches off into two carpeted ramps leading to the portals. Two elegant wooden stairways lead patrons from the lobby to the seats higher up in the sloped seating area. The lobby also features four long crystal chandeliers. The back of the house holds a technician’s booth for lighting and sound. The house is built to hold up to 850 patrons. Towards the stage there is an orchestra pit which connects to an ensemble rehearsal room for performers to warm up and prepare for the performance. The building is connected to Brandon University’s Queen Elizabeth II Music Building through a tunnel. This allows performers to easily access the University’s instruments and practice space without having to go outside during the cold winters. Back stage there are several dressing rooms for performers as well as a green room decorated with two of the same crystal chandeliers from the lobby.

In 1963 the provincial government of Manitoba began the planning for Manitoba’s 100th Anniversary in 1970. This began the Manitoba Centennial Corporation who were responsible for the multiple architectural projects throughout the province. These projects included the Centennial Centre in Winnipeg, a pavilion in the International Peace Gardens, as well as this Brandon building.

The building is a multi-purpose auditorium for the city and those who wish to rent the facility, but as the university gave up the land for the construction of the auditorium, they are allowed use of

the facility. This space provides the city with a concert hall, banquet space, as well as a venue for social events.