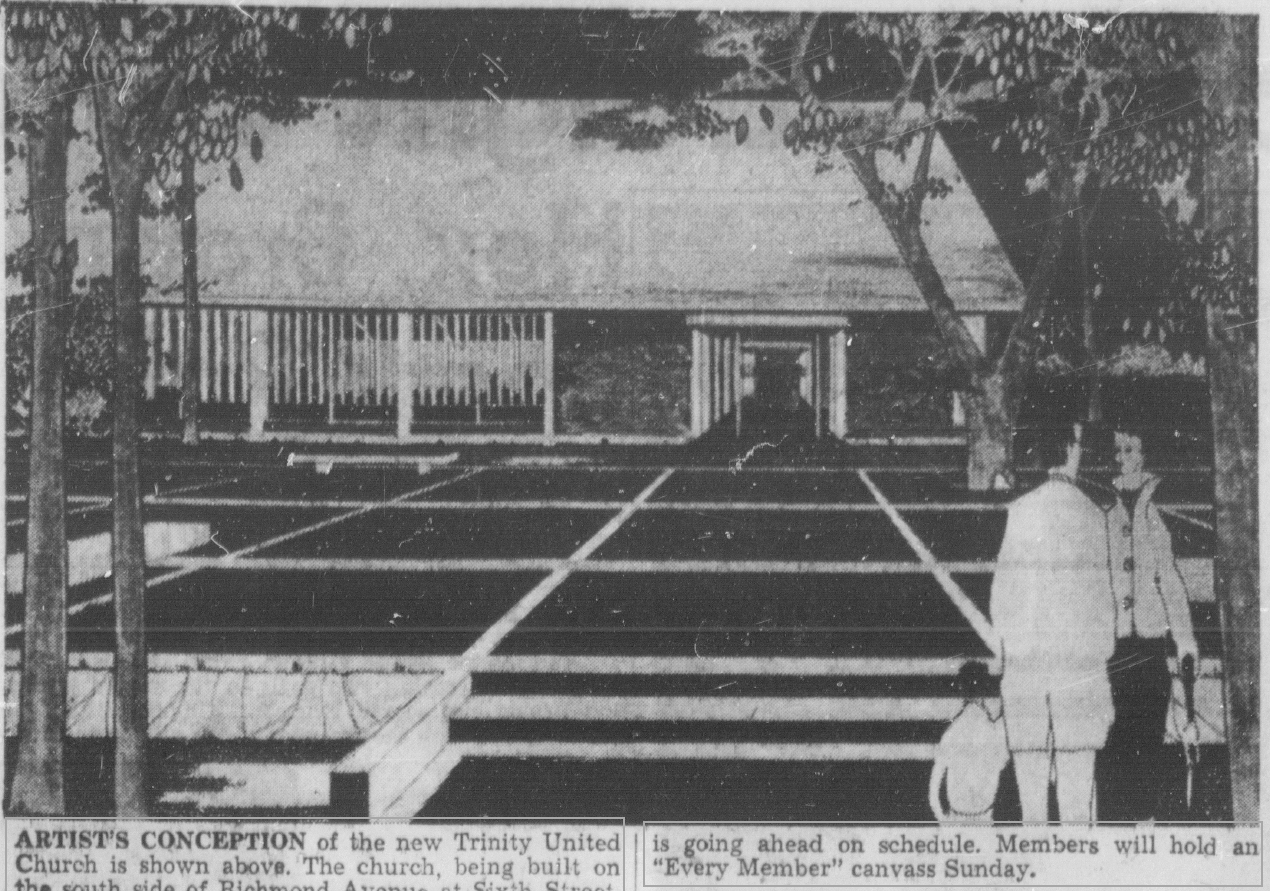 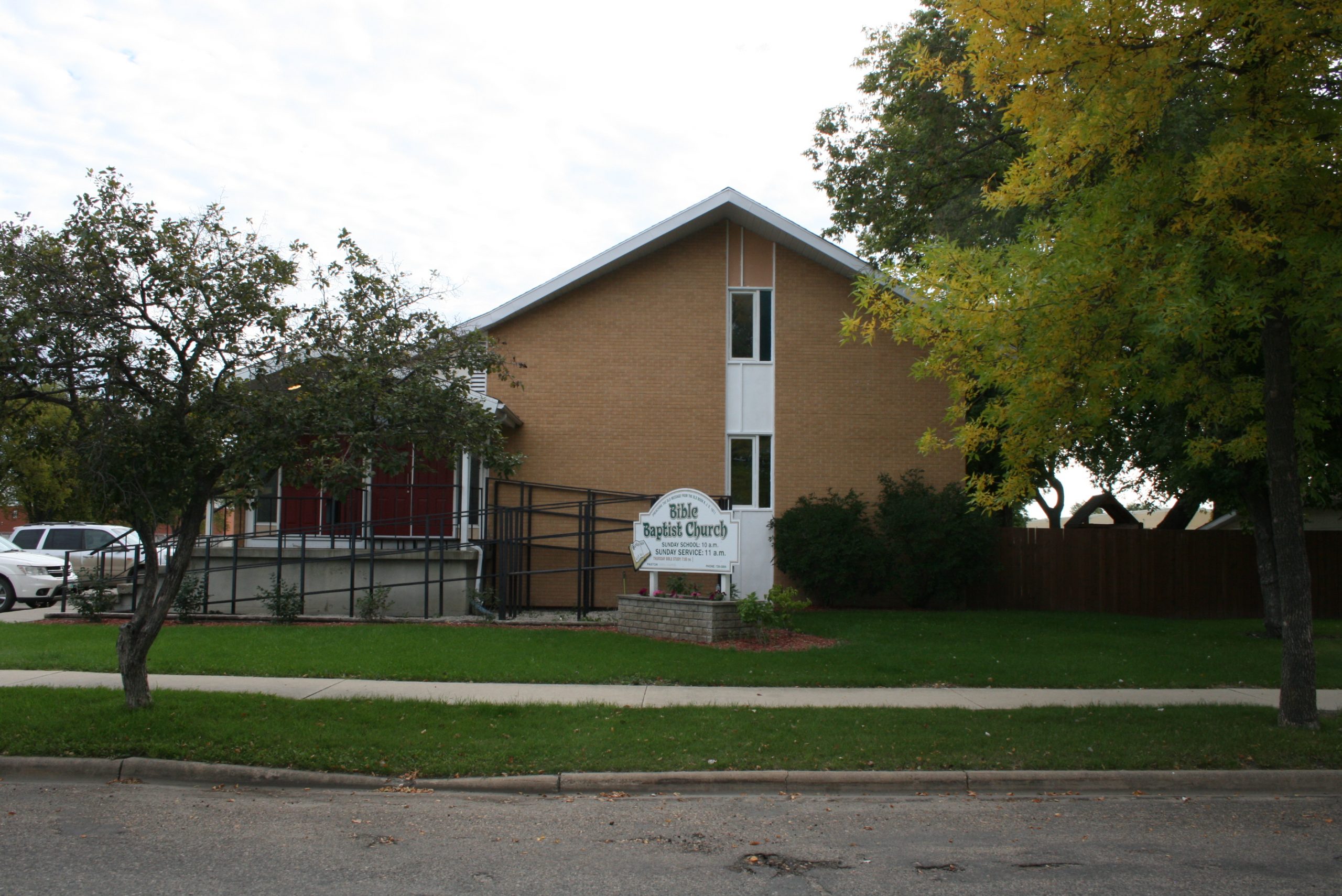 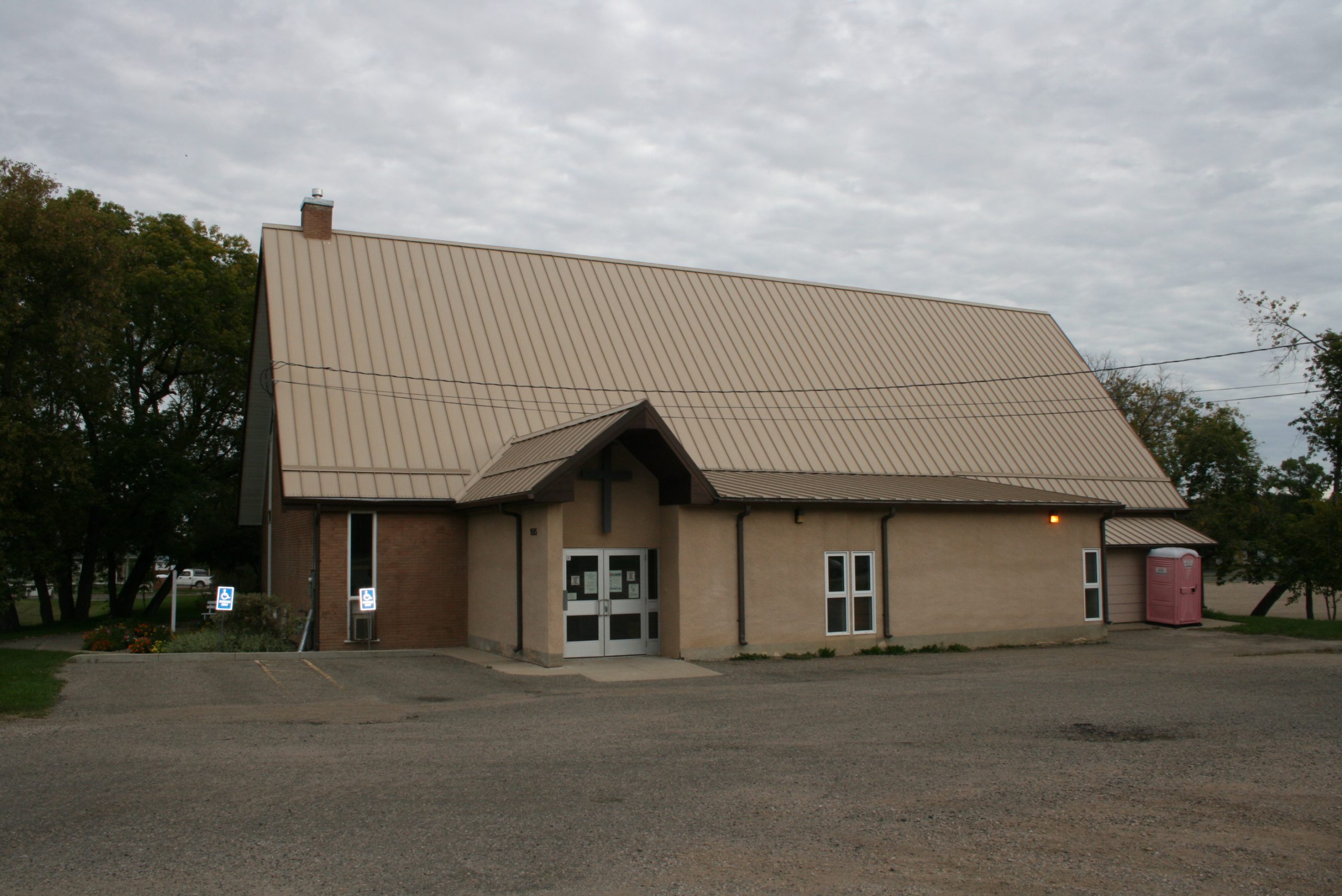 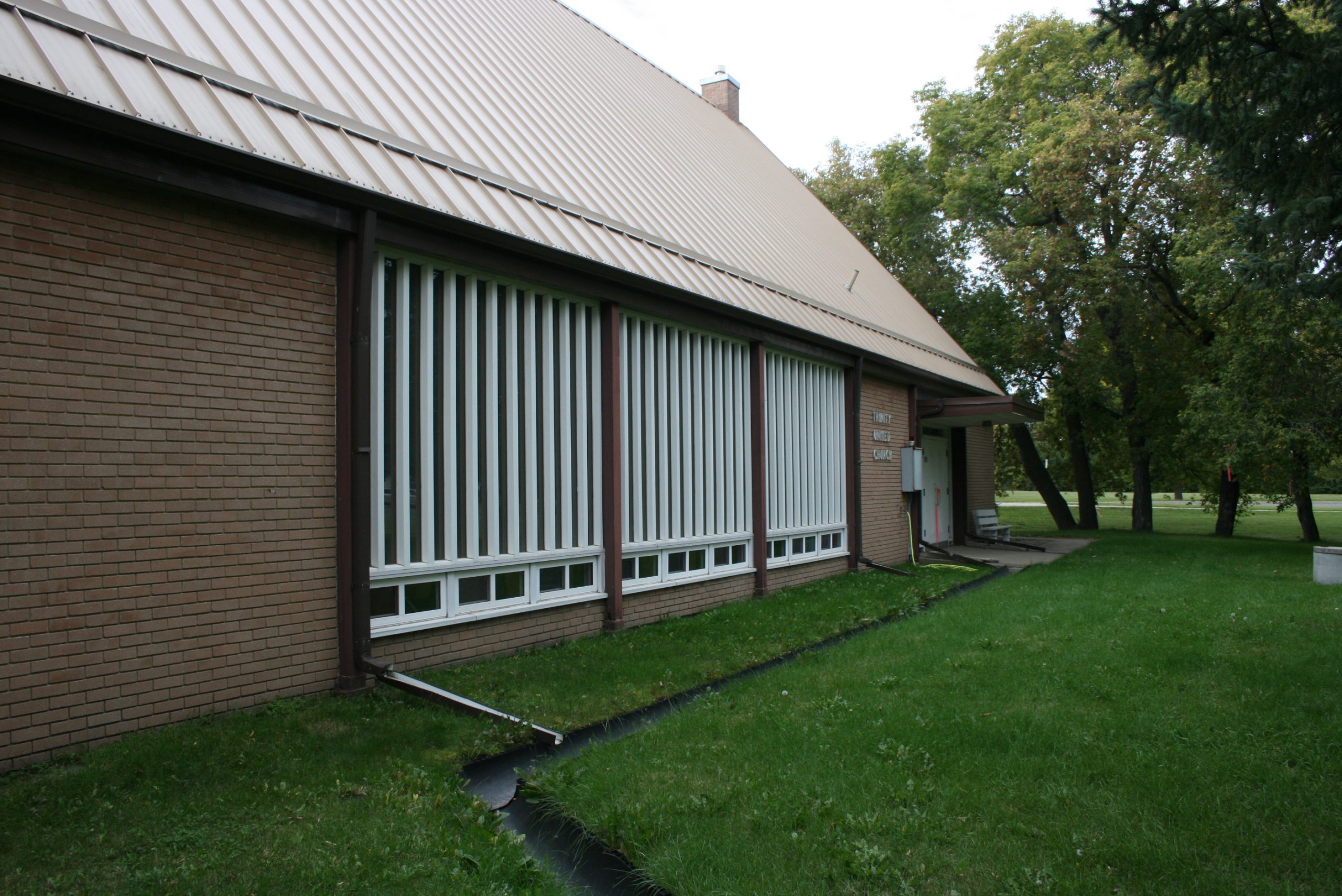 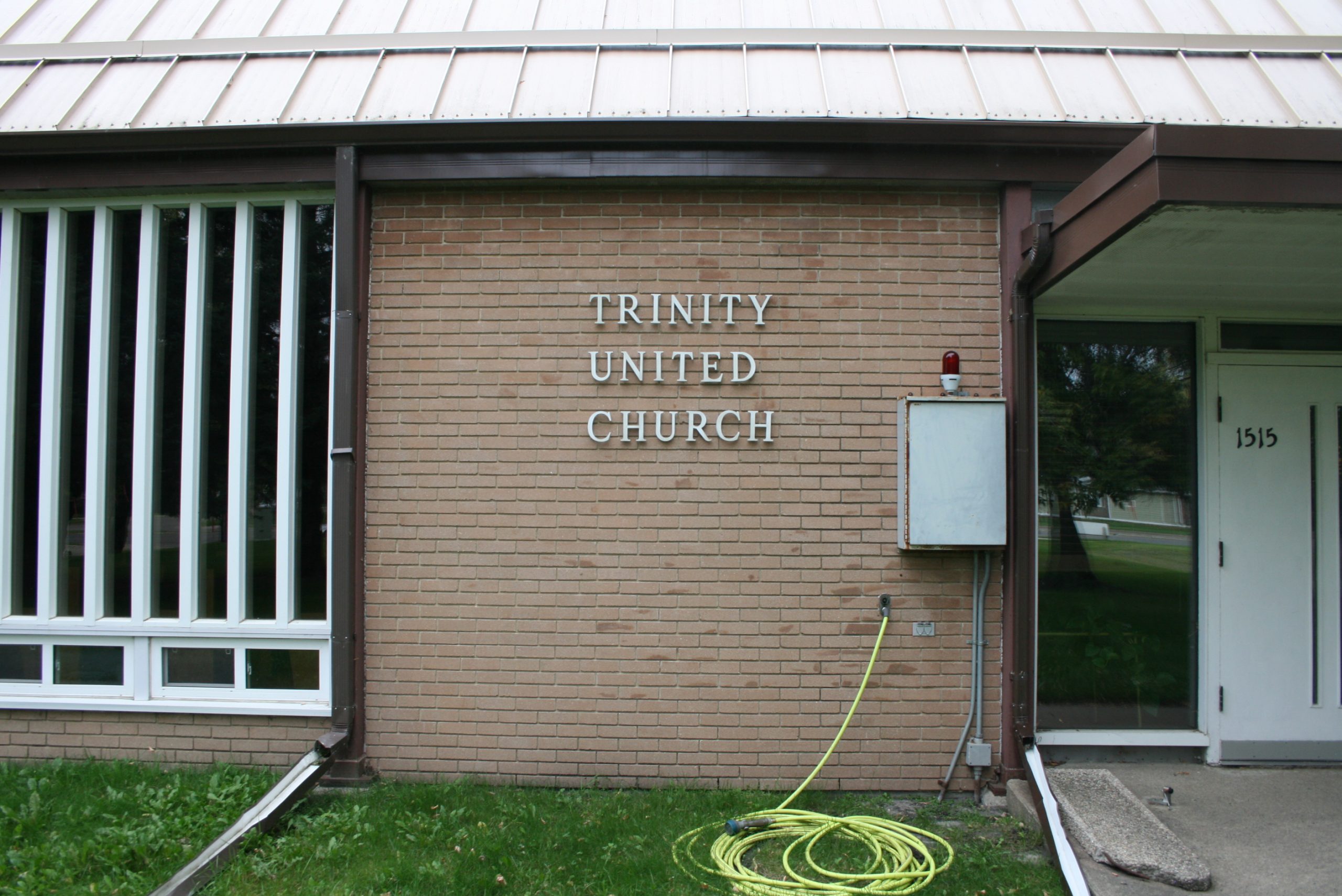 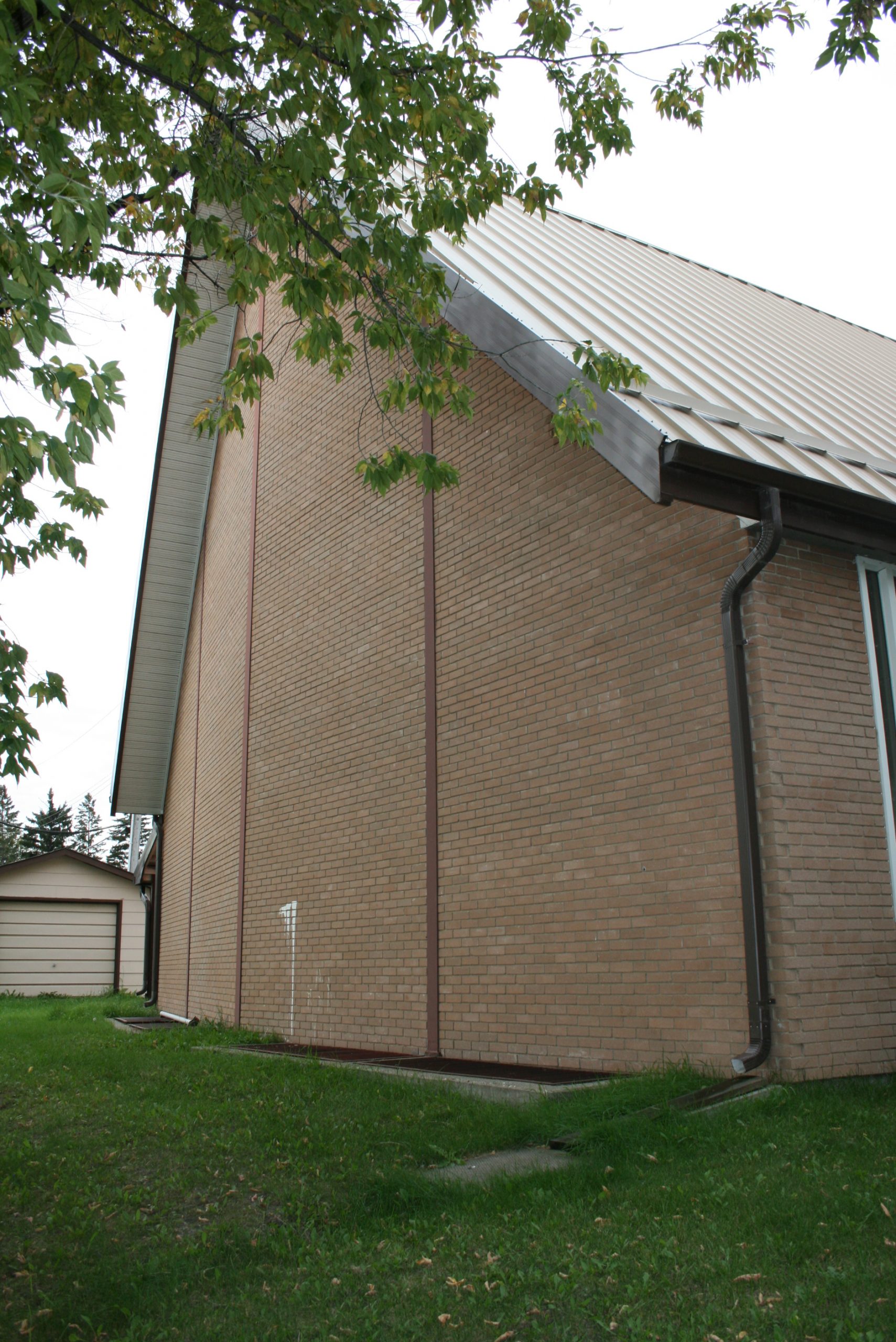 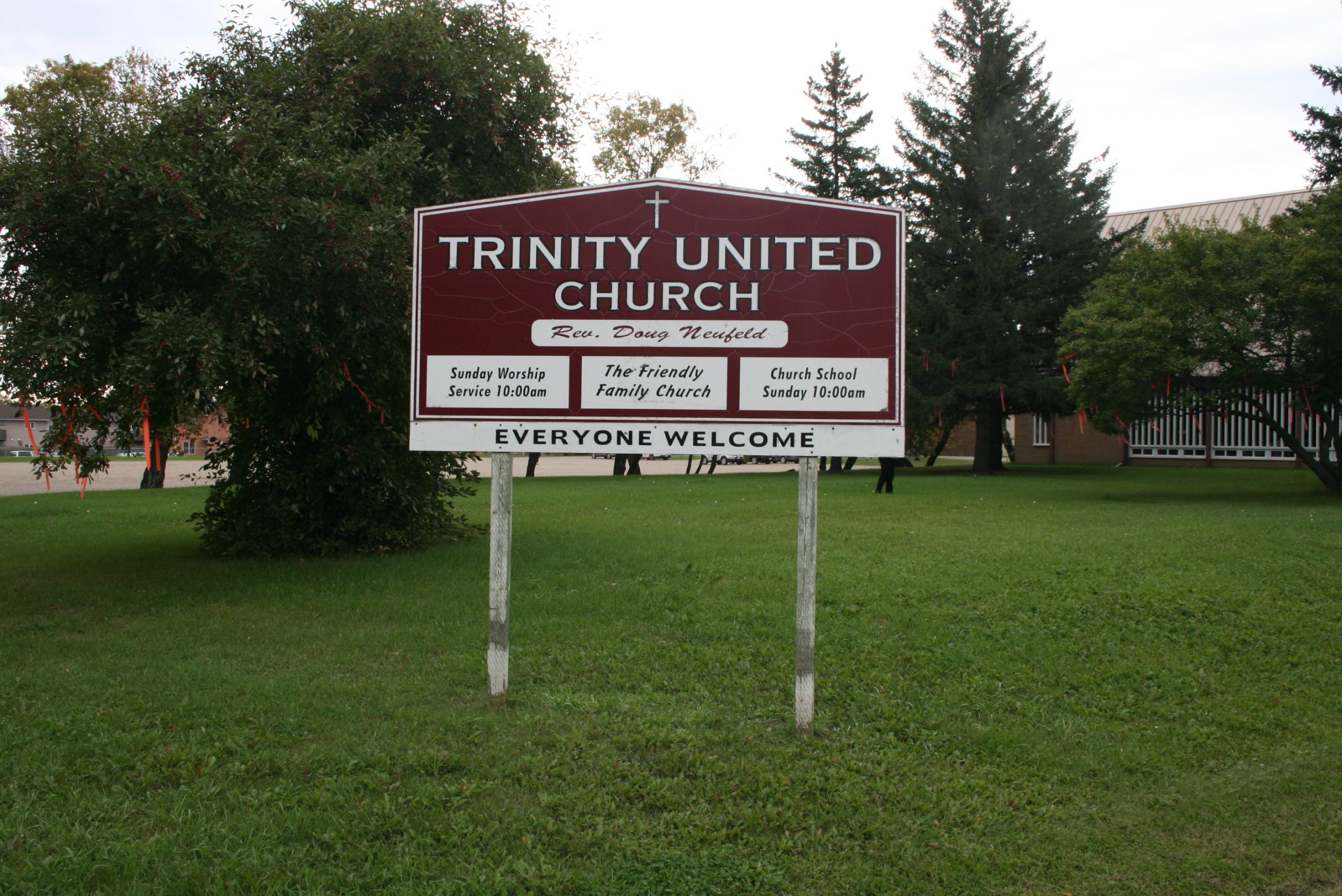 Trinity United Church has existed in Brandon, Manitoba since 1962. The congregation was established to accommodate the growing population in the southeast corner of the city of Brandon. The Inauguration Service for what was then known as the South East Congregation was held on January 28, 1962 in the School of Agriculture building. A month later, the Official Board approved the purchase of land from Mr. Harold Medd for a church building. The Sod Turning Ceremony occurred on September 23, 1962.

Although the church began to be used in 1963, the Dedication Service was not held until May 24, 1964 because of slow negotiations with the city in regards to water service and financial difficulties. Trinity United Church is located at the corner of 5th and Richmond Street.

Trinity United Church is a simple A-frame church, a common style in the 1950s and 1960s. The church is sited on a large treed lot and set well back from Richmond Avenue. Its rectangular body is oriented east/west and is finished with salmon coloured brick. Its steeply pitched roof is finished with light copper-coloured standing seam metal.

The church’s main entrance is on the long north side of the building, facing Richmond Ave., instead of on the end of the church as is more commonly found. Each door has a pair of narrow window slits. A broad sweep of windows with narrow vertically oriented strips of glass is located east of the entrance but there are no matching windows on the church’s south side.

This asymmetry in layout, characterized by the side entry and bank of windows, is also found in other details. A single narrow window is located at the west end of the church’s south side, a triplet of narrow vertical windows is asymmetrically placed on the church’s west end and another triplet is at the far east end of the north side.

The east end of the church, where the altar is located, is bowed slightly outward with the segments of the bow marked by steel columns set flush with the brick. The ridge of the roof extends slightly outward to cover the bow.

A secondary entrance is directly opposite the main entrance on the south side of the church. It is now located in a low stucco clad addition to provide more spacious and level access from the parking lot.