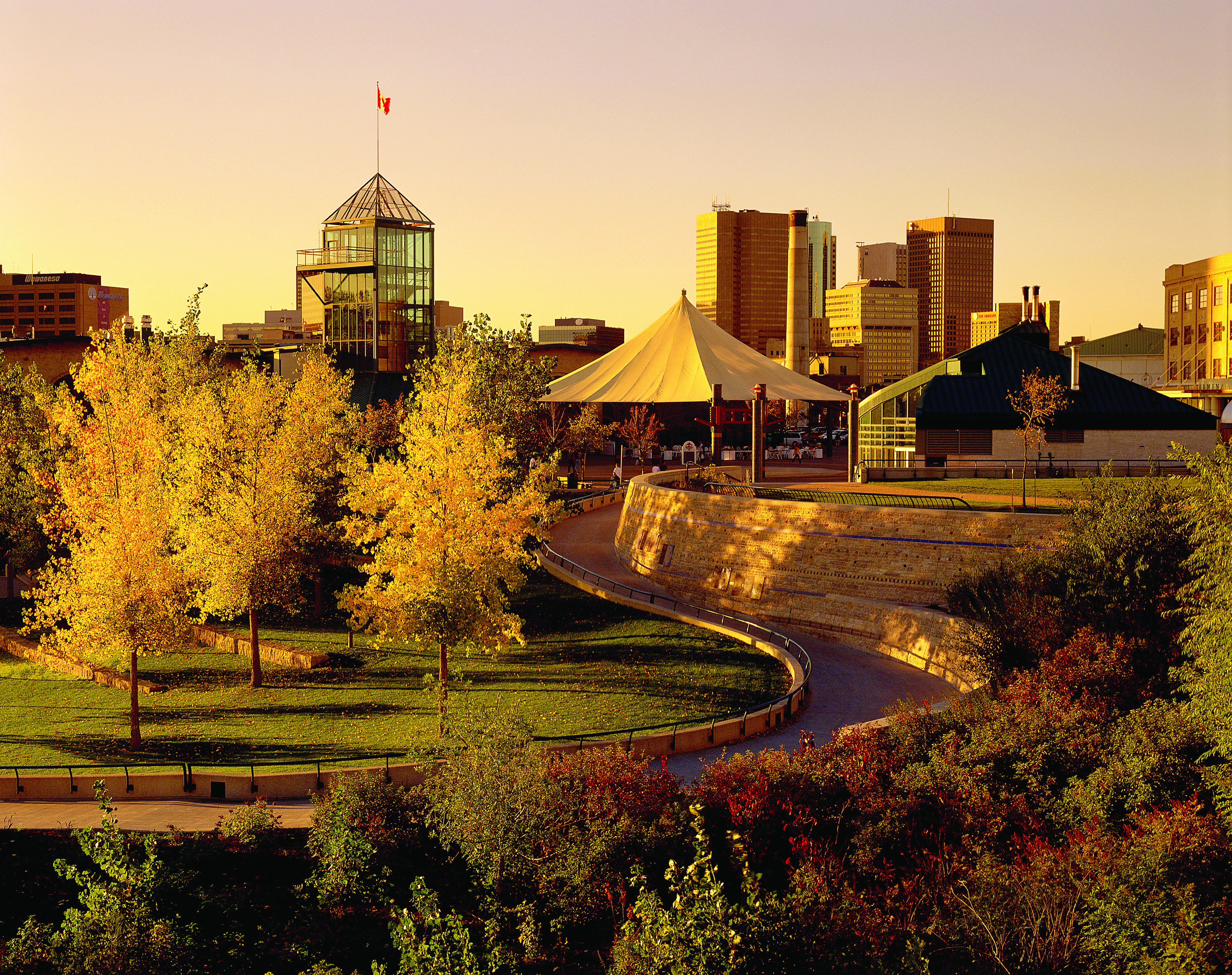 The Forks Market Plaza and The Forks Historic Port were designed to be the main meeting spaces of the larger development, one leading visually and physically into the other. The Forks Market Plaza ties together the structures and spaces in the immediate area, including the steps up to the Johnston Terminal and Travel Manitoba, The Forks Market, Pavilion and its patios, The Wall Through Time, the port and down to River Walk. There are changes in elevation, function, use, and design that are drawn together here to orient and then redirect the visitor to the next encounter.

The Forks Market Plaza features a large white canopy over a tensile framework which is extensively wired for light and sound. Underneath the canopy is a cooling system that enables its shallow bowl to be flooded and used as a skating rink. It is here that many people young and old try skating for the first time (there are skates for rent in The Forks Market). In summer, the canopy offers shade and cooling fountains with benches and tables with trees nearby. There is a wide range of year-round programming which occurs on the site.

Columns holding the canopy are tiled in turquoise with brown tiles marking floodwater levels for 1826 and 1950. As well, there is demarcation of where the floodwaters of 1997 would have reached if the city had not been protected by the Red River Floodway diversion.

The upper Plaza level in front of Johnston Terminal contains a water fountain. The retaining wall/ramp between Travel Manitoba and the Plaza is inlaid with colourful terra cotta panels, from the now-demolished Crescent Furniture Building, formerly on Portage Avenue.