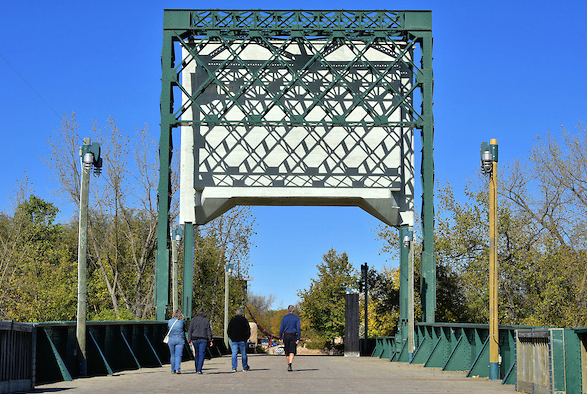 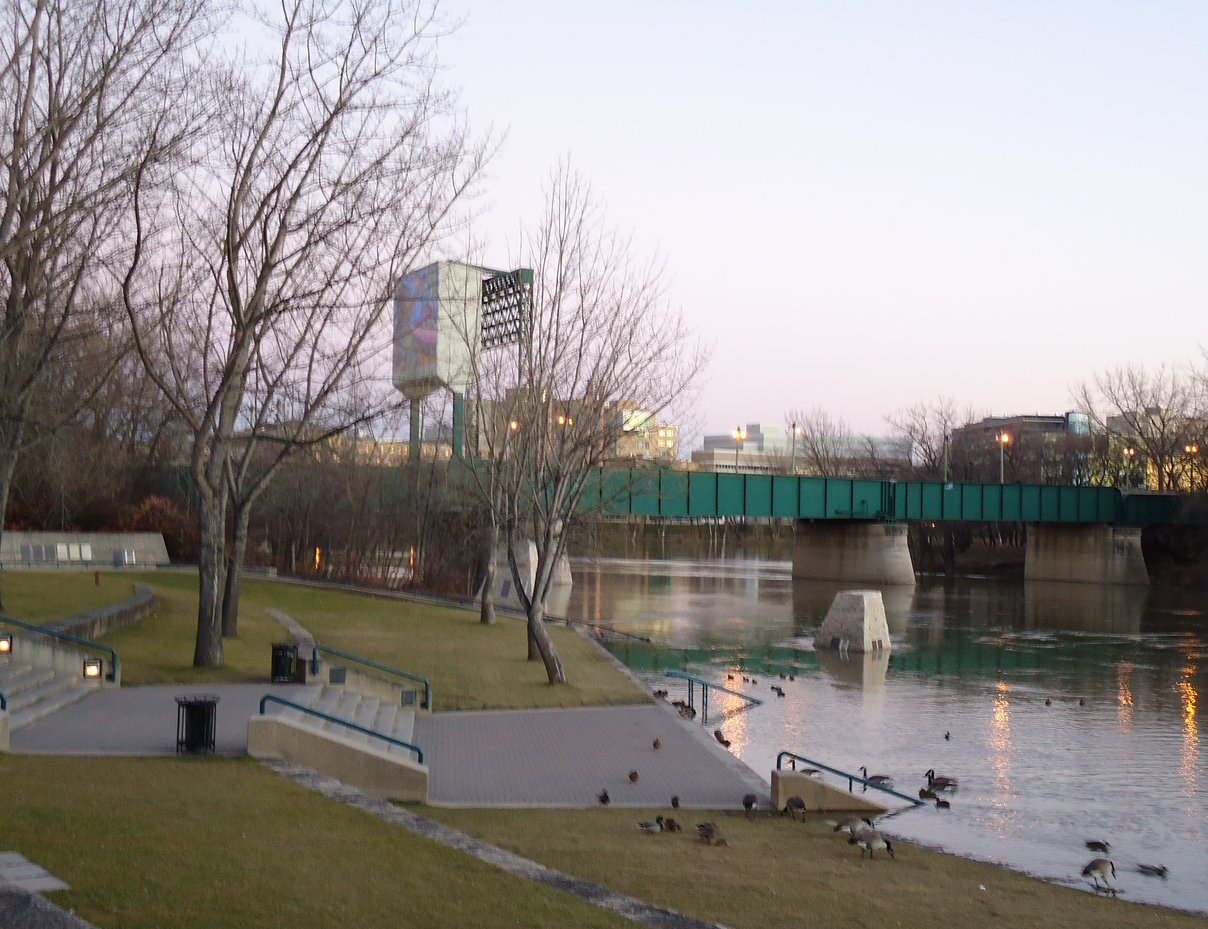 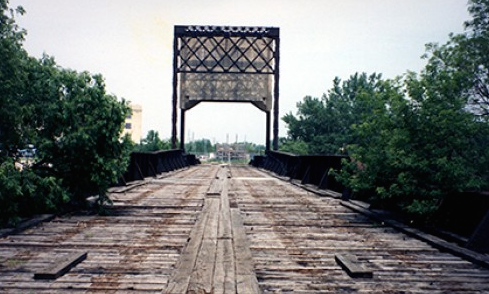 The Forks Historic Rail Bridge was built in 1913–14, close to and parallel with the original bridge. The bridge is based on designs by Joseph Strauss (1870–1938) of the Strauss Trunnion Bascule Bridge Company of Chicago, Illinois, important bridge engineers and designers of San Francisco’s Golden Gate Bridge (1937). It was constructed by the Canadian Bridge Company of Walkerville, Ontario, with massive bronze pivot pins known as trunnions to lift its span, by means of an electric motor operating on large gears and a brake. The federal government had identified the Assiniboine River as a navigable waterway and legislated that any bridge over it had to lift to allow boat traffic to pass upriver freely. The bridge was able open to allow tall boat traffic to pass beneath it, although it is rumoured never to have been lifted.

This is the second train bridge to reach The Forks. The first was a wooden bridge constructed in 1888 by the Northern Pacific and Manitoba Railway (NPMR) to access rail yards at The Forks. These facilities represent the earliest rail era and the transformation of the former Hudson’s Bay Company Flats into a transportation hub.

After years of struggle, NPMR was leased by Canadian Northern Railway (CNoR) in 1899. CNoR soon partnered with Grand Trunk Pacific and National Transcontinental Railway (NTR) to develop Union Station and expand the East Yards. New York architects were hired to build the new passenger station and to redesign the track layout for an expanded freight yard. The old wooden bridge was replaced at that time with this new iron one to accommodate heavier freight loads and more rail traffic.

The bridge was in routine use for freight into the yards until the 1960s. While the bridge is not operative now, the concrete counterweight towards the north bank remains in place. Scatliff+Miller+Murray designed the rehabilitation of the bridge, which included replacing the track with a heavy wooden surface, lighting and interpretive signage. The bridge has now been repurposed as an entry way to the South Point and a connection to the river walkway system. It also provides a great view of the exact place where the two rivers meet.