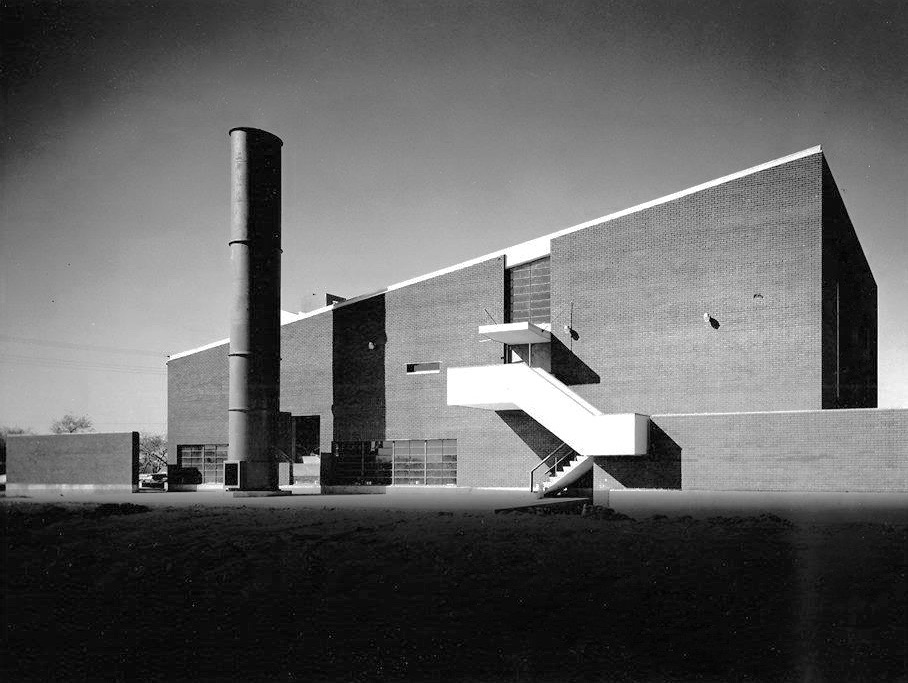 Built at a cost of $350,000 and capable of burning more than 100 tonnes of garbage per day, this plant was both an impressive architectural contribution to the neighbourhood and an important piece of functional infrastructure. Its design was dominated by a monopitched roof and a sculptural treatment of windows and staircase elements. For its striking design the building received an Honourable Mention in the 1961 Massey Medals in Architecture.

The building was modified and received an addition in the early 1970s to become the Kimberley Arena, later renamed in honour of noted Ukrainian-Canadian hockey goalie Terry Sawchuk. Due to its former function, the building was for some years nicknamed the "Incinarena."