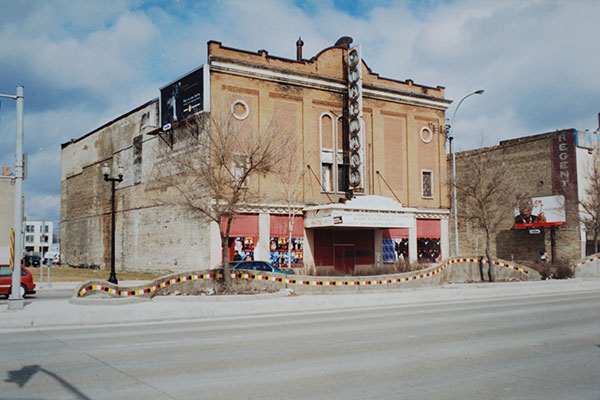 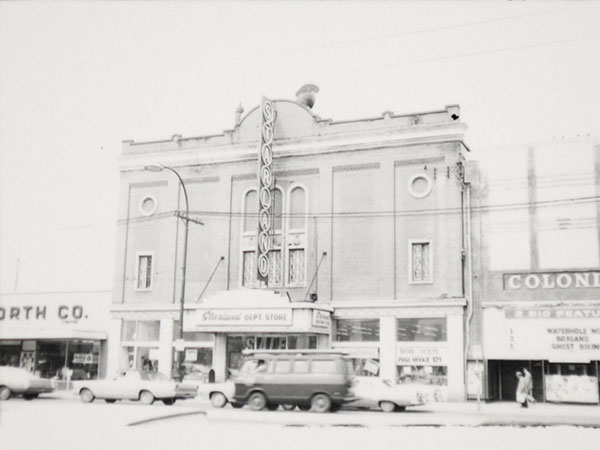 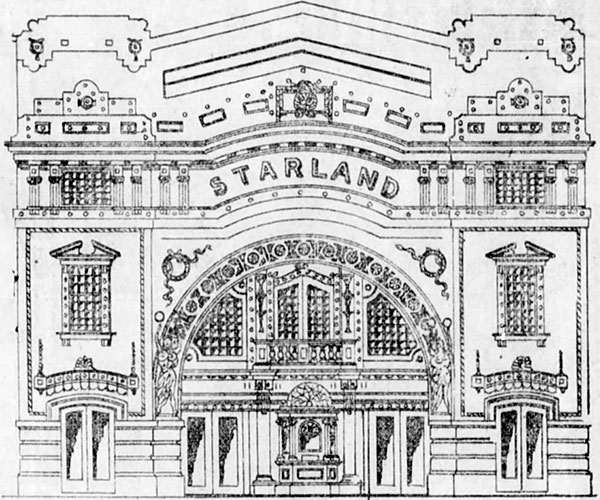 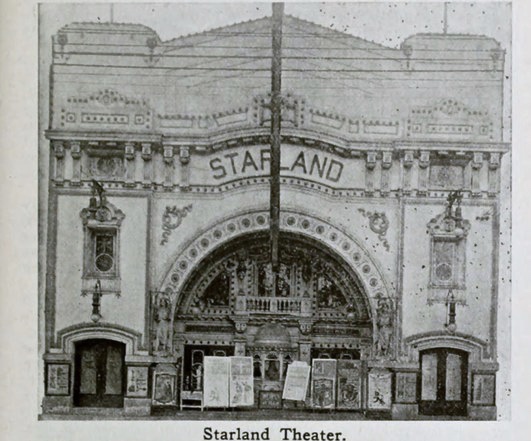 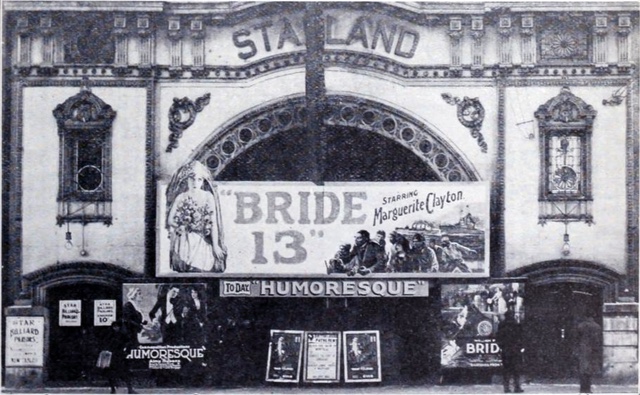 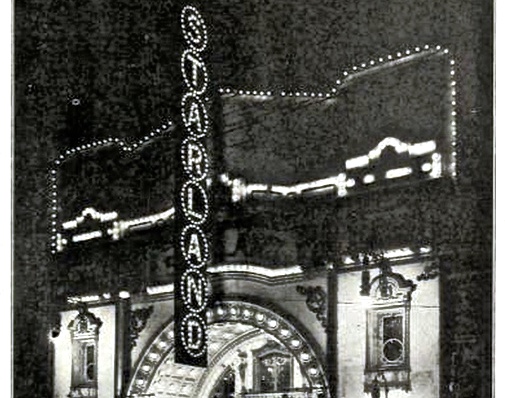 The Starland Theatre operated on Main Street from 1911 until the mid-1960s. It was designed by Alexander and W.N. Melville. Once labelled “Western Canada’s Finest Picture Play Theatre,” it featured a lavish interior with elaborate decorations, upholstered leather seating, a Warren pipe organ, and special ventilation and fire protection systems. It seated about 800 patrons.

As with the Pantages Playhouse, the Starland’s exterior was much more restrained than its original, lush interior. The exterior was noted for its light-brown brick with detailing of cut stone, recessed panels with brown and red brick in a checkerboard pattern, and a metal cornice. A large marquee and canopy marked the theatre entrance.

The property was owned by Andrew Robert McNichol, an insurance agent and investor who acquired a chain of local movie theatres in the 1910s and 1920s. Trustees of his estate controlled the Starland until the 1940s when it became part of a group operated by Western Theatres Ltd., including the nearby Rex and Columbia theatres. Following a significant fire in 1967, occupants of the Starland were the Starland Department Store, Starland Flea Market, and a soup kitchen. The building was vacated in the mid-1980s and demolished in 2008.