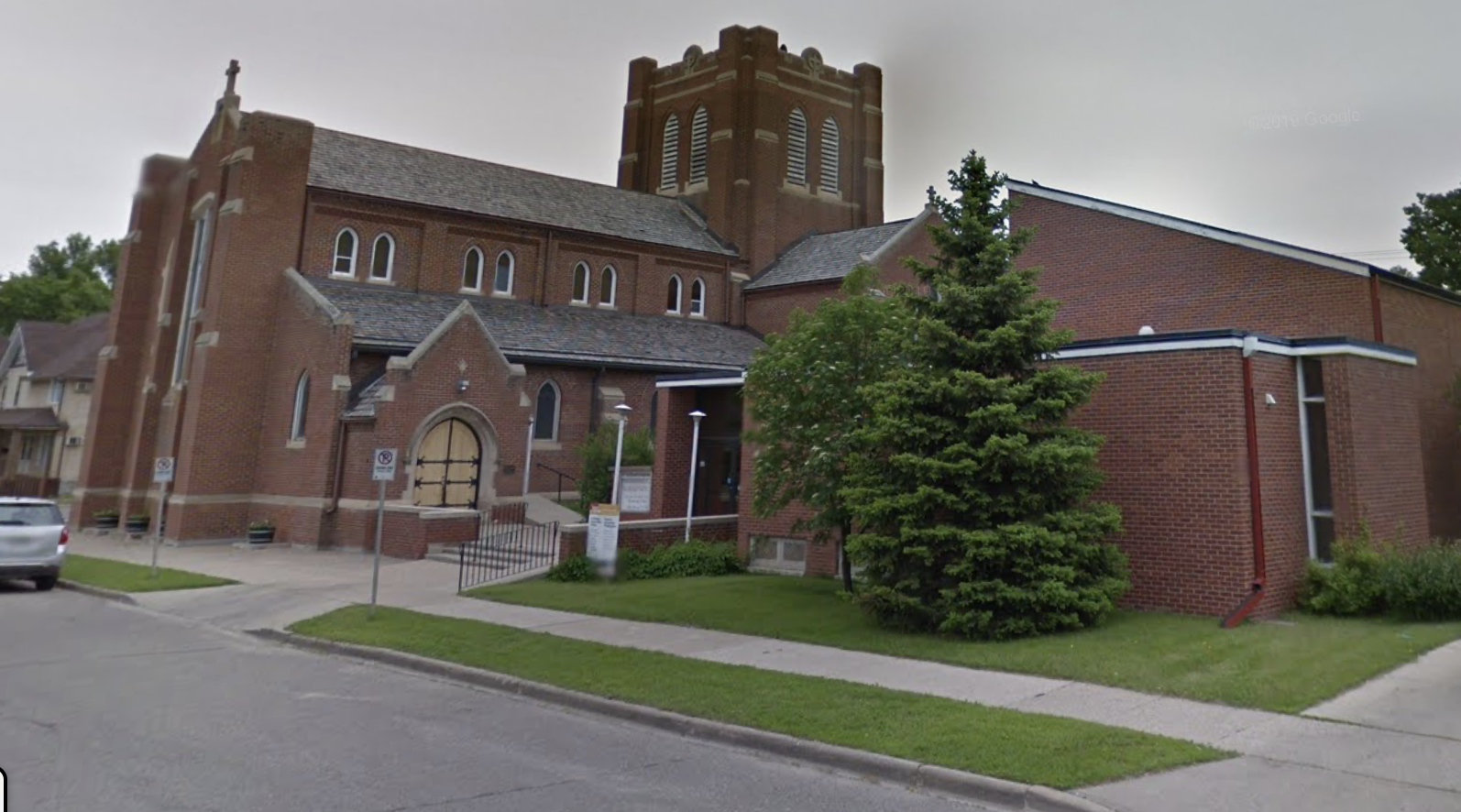 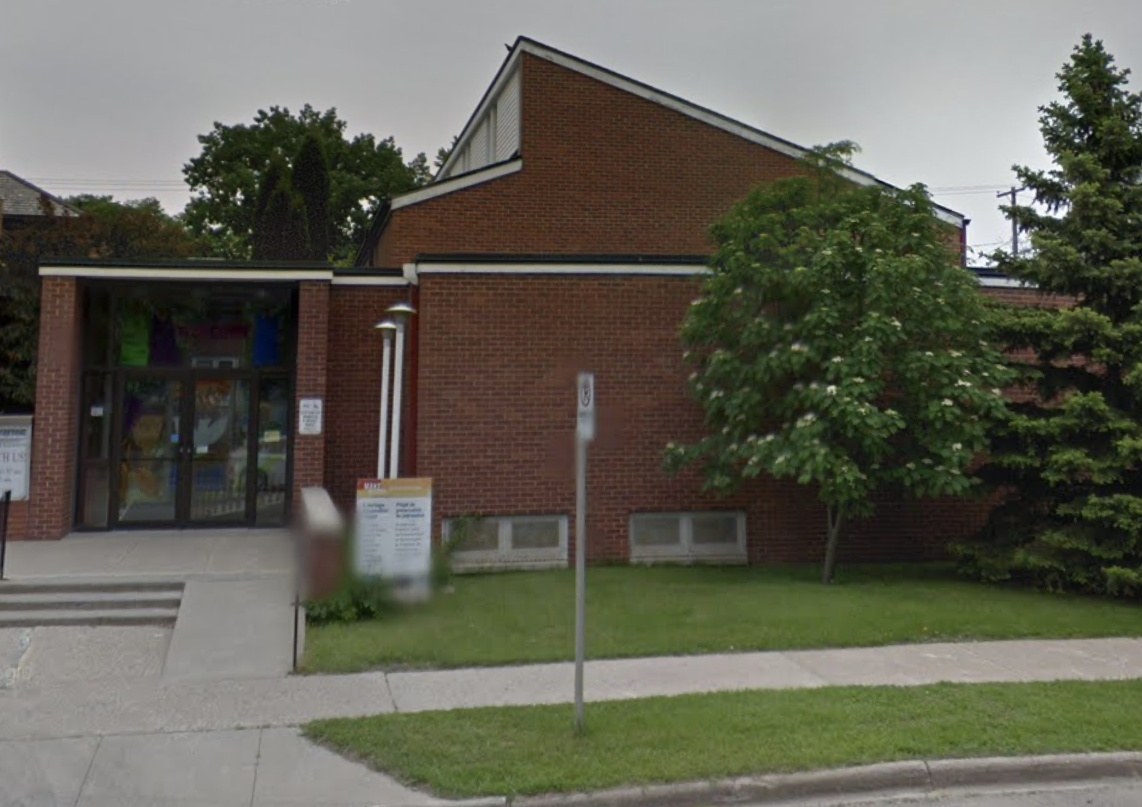 By 1962 the need for a parish hall was clear to the parishioners. It was under the guidance of reverend M.L. Goodman that a plan was set in motion. The hall was designed by E. Murray Simpson in association with the Winnipeg based architectural firm, Green Blankstein Russell. The hall differs in style to the original church however it’s still visually apart of the gothic cathedral as it uses the same red brick exterior. The parish hall is located South of the original church. The main entrance to the parish hall faces 13th Street with large glass doors. The Parish Halls most notable feature is it's slanted roof line which declines towards the south facade. The two storey building is connected to the cathedral by a hallway which connects to the East of the building. Within the parish hall is a small gym with a stage and kitchen as well as offices. The 1962 addition also connects with the basement of the original cathedral. It connects with hallways which open up to a Sunday School space.

Red brick exterior, to the South of the lot was a grassy lot, which was taken over by the parish hall. The Late Gothic Revival exterior of the cathedral, Cruciform plan (which does not apply to the parish hall), and stained glass windows drastically contrast the modern parish building. However, the similarities of the red brick exterior between the two structures helps to connect them visually. Another visual difference between the two structures is seen in the rooflines. The parish hall has a flat roofline above the main entrance, but the hall is structured with a steeply sloped roof. Unlike the cathedral, the parish hall allows for direct access to the back lane.

The basement of the parish hall provides meeting space as well as a place for the Sunday School program. With that in mind, the architect, E Murray Simpson, included plenty of light through the row of egressed windows to the south of the building.