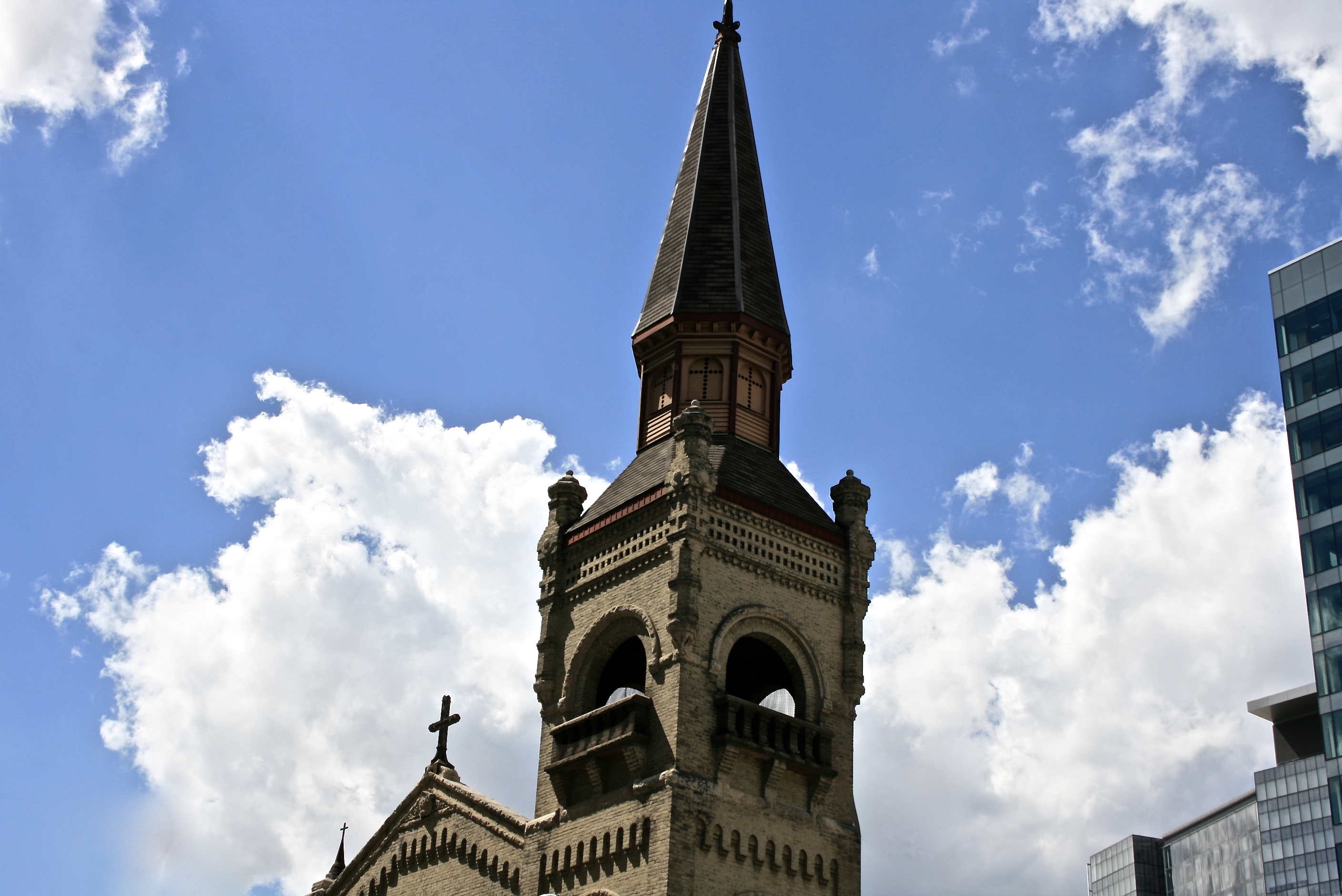 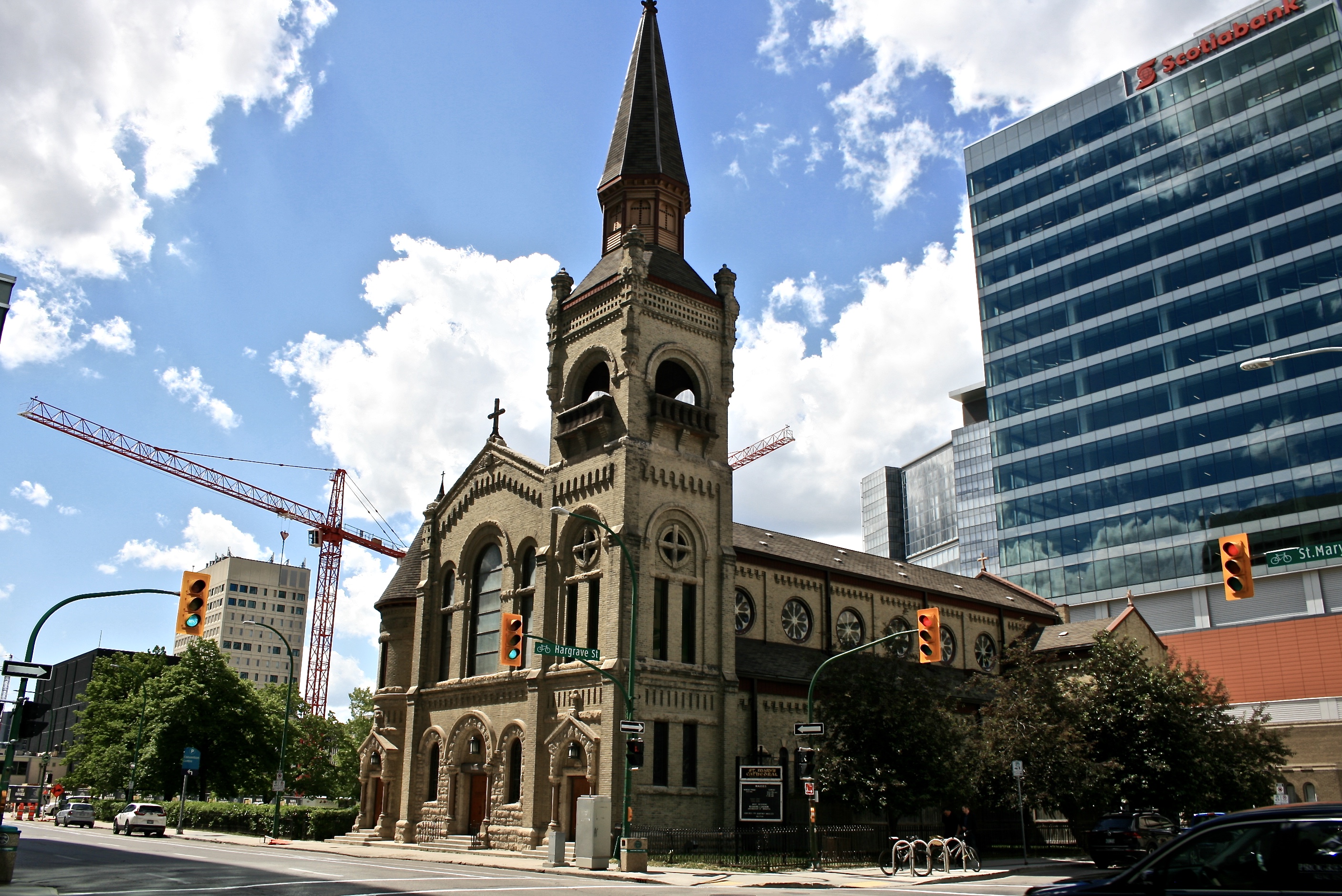 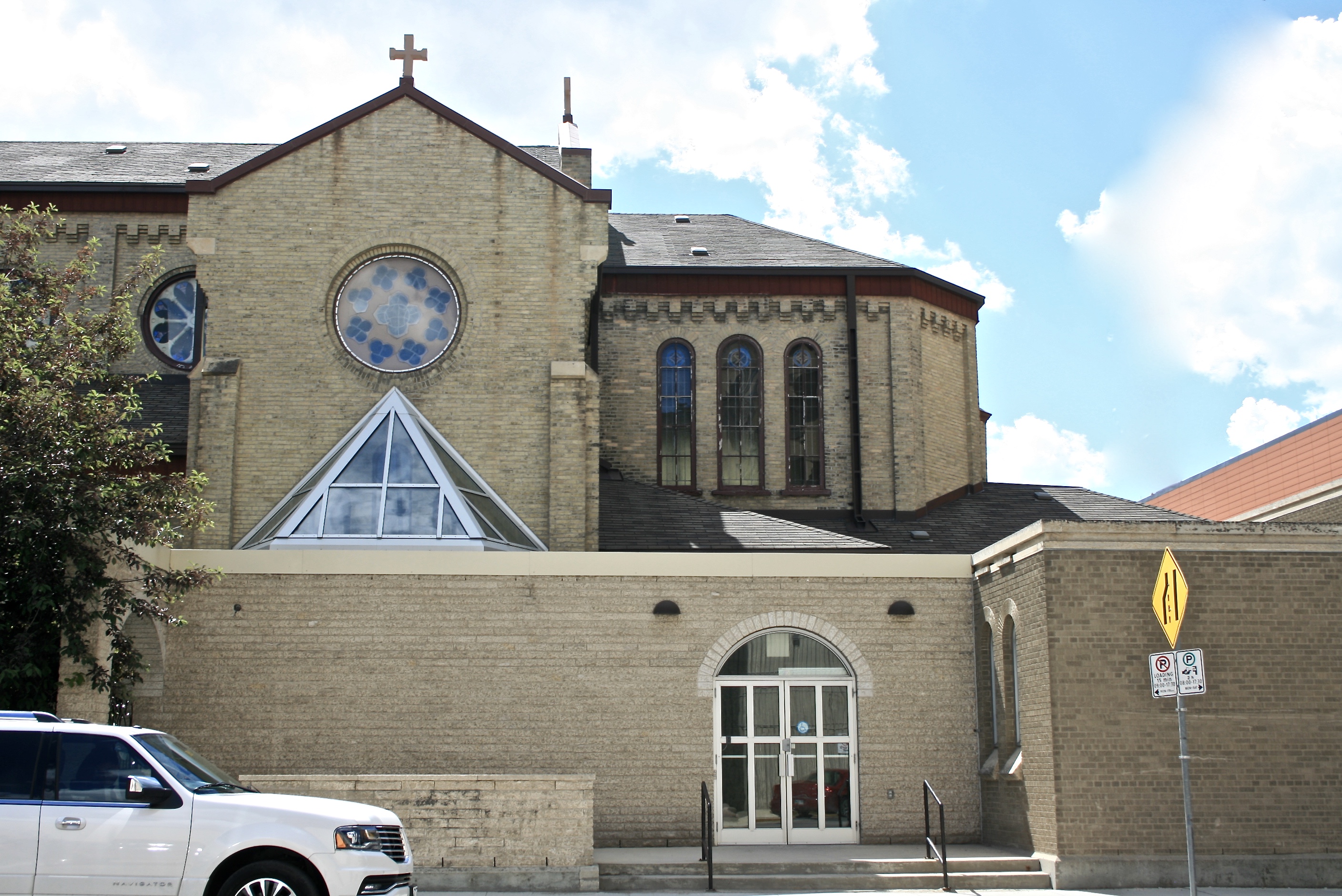 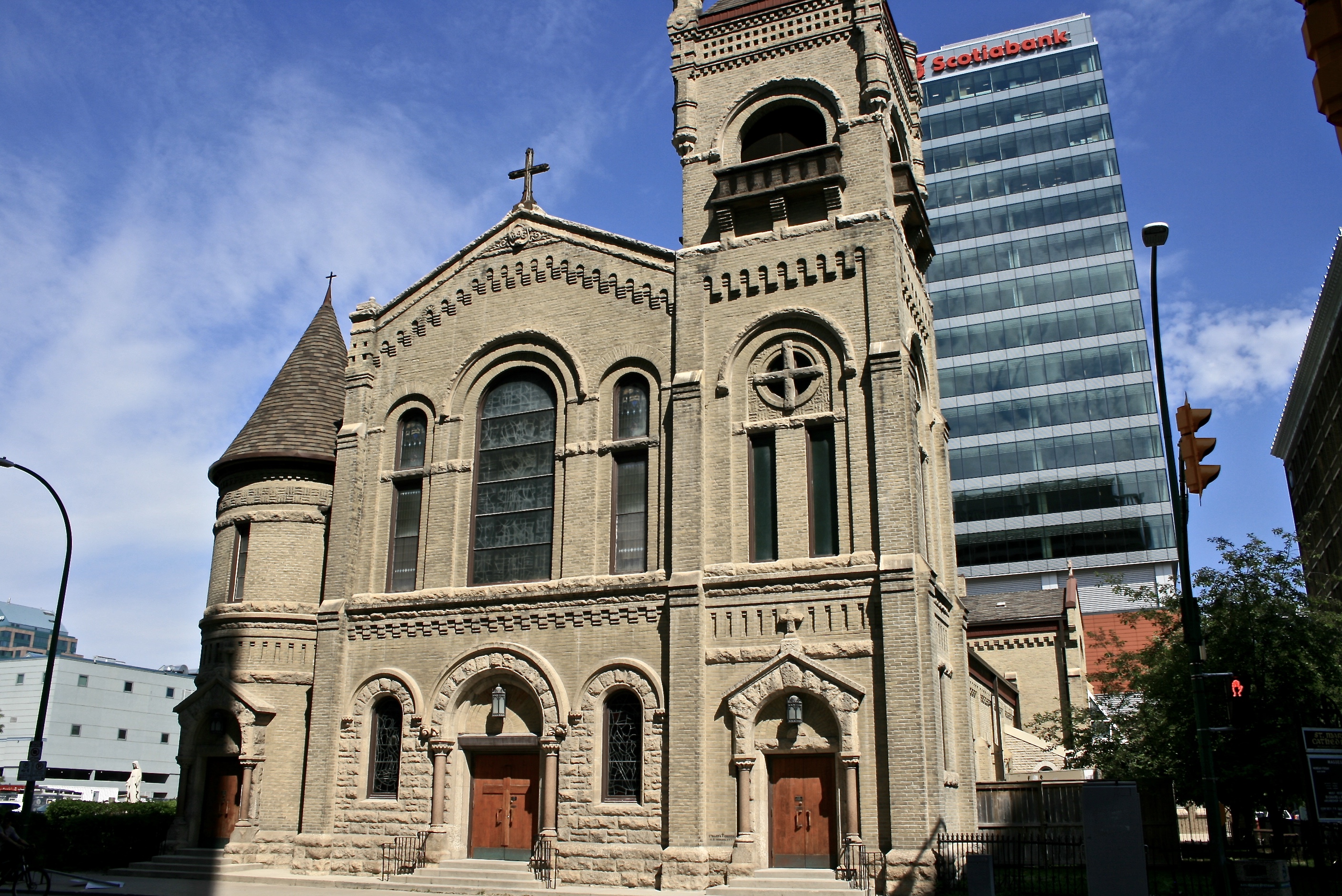 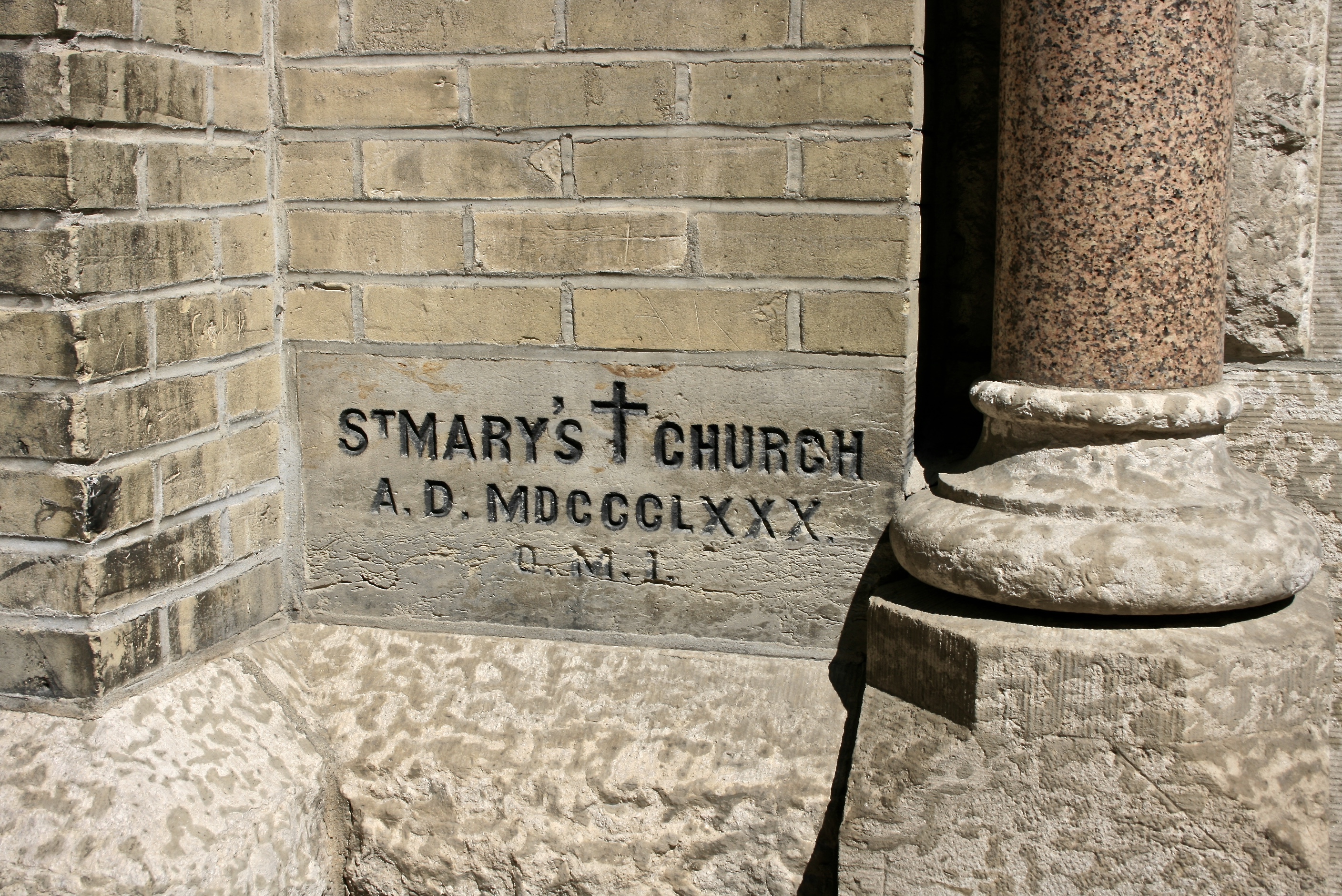 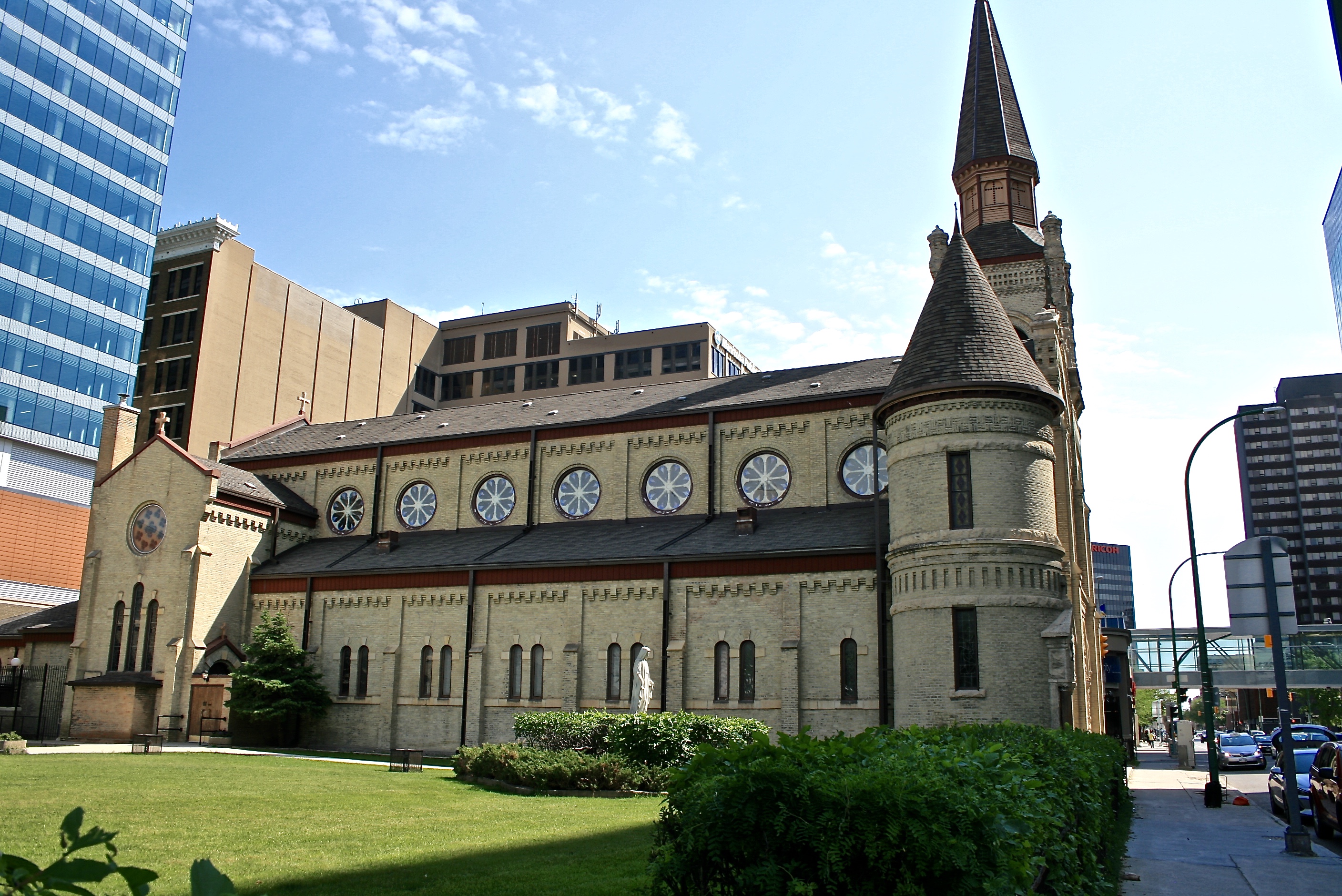 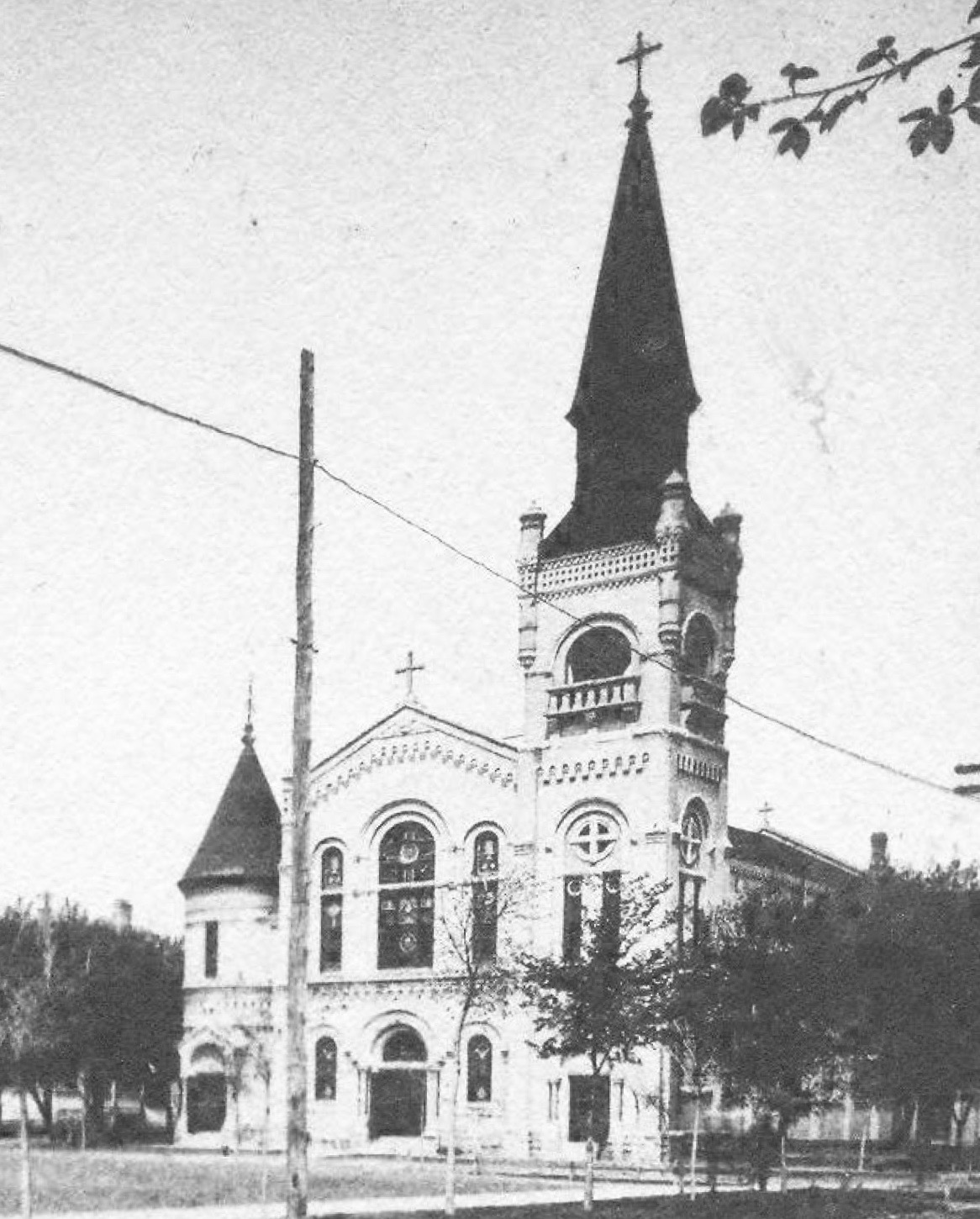 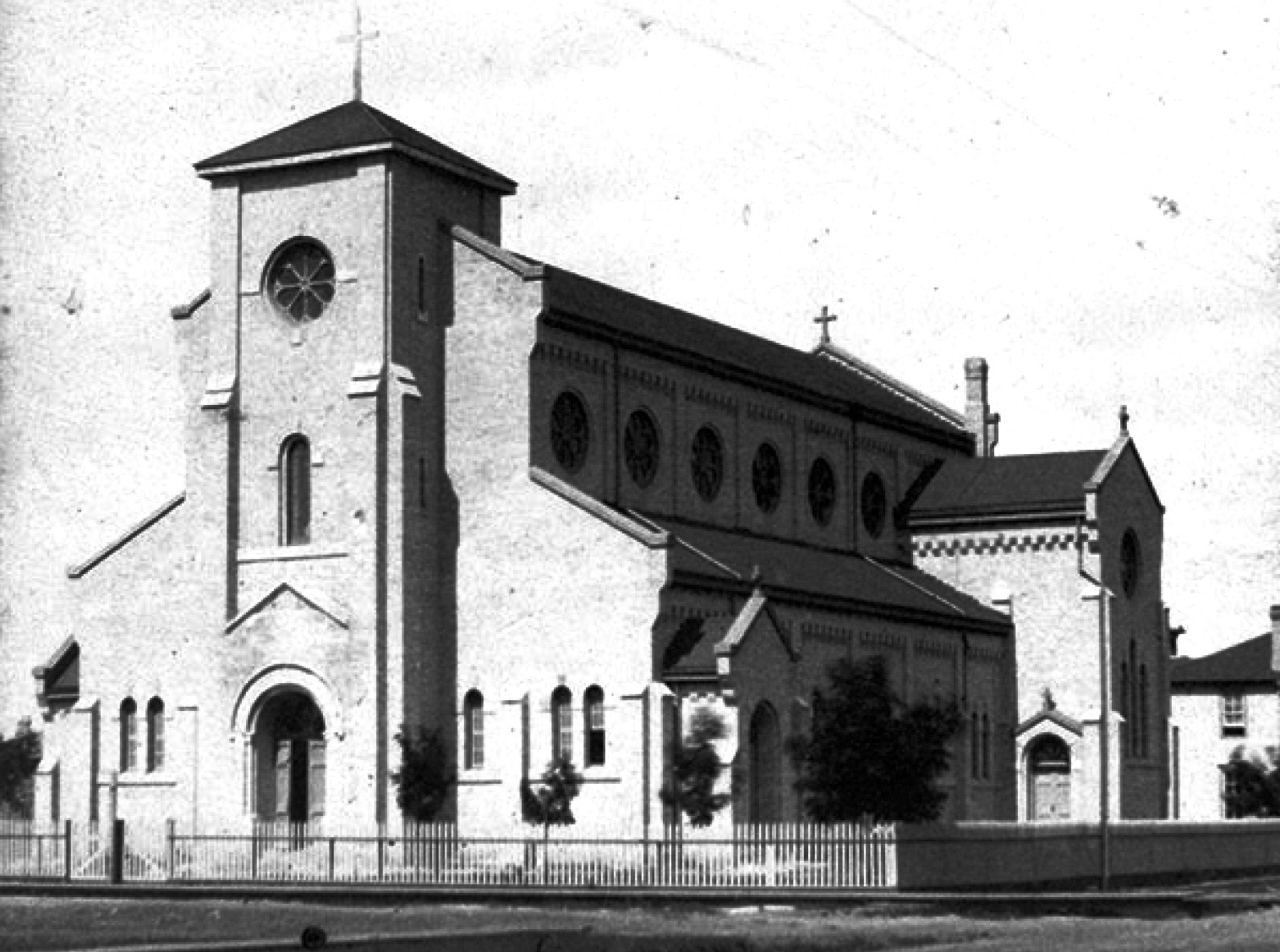 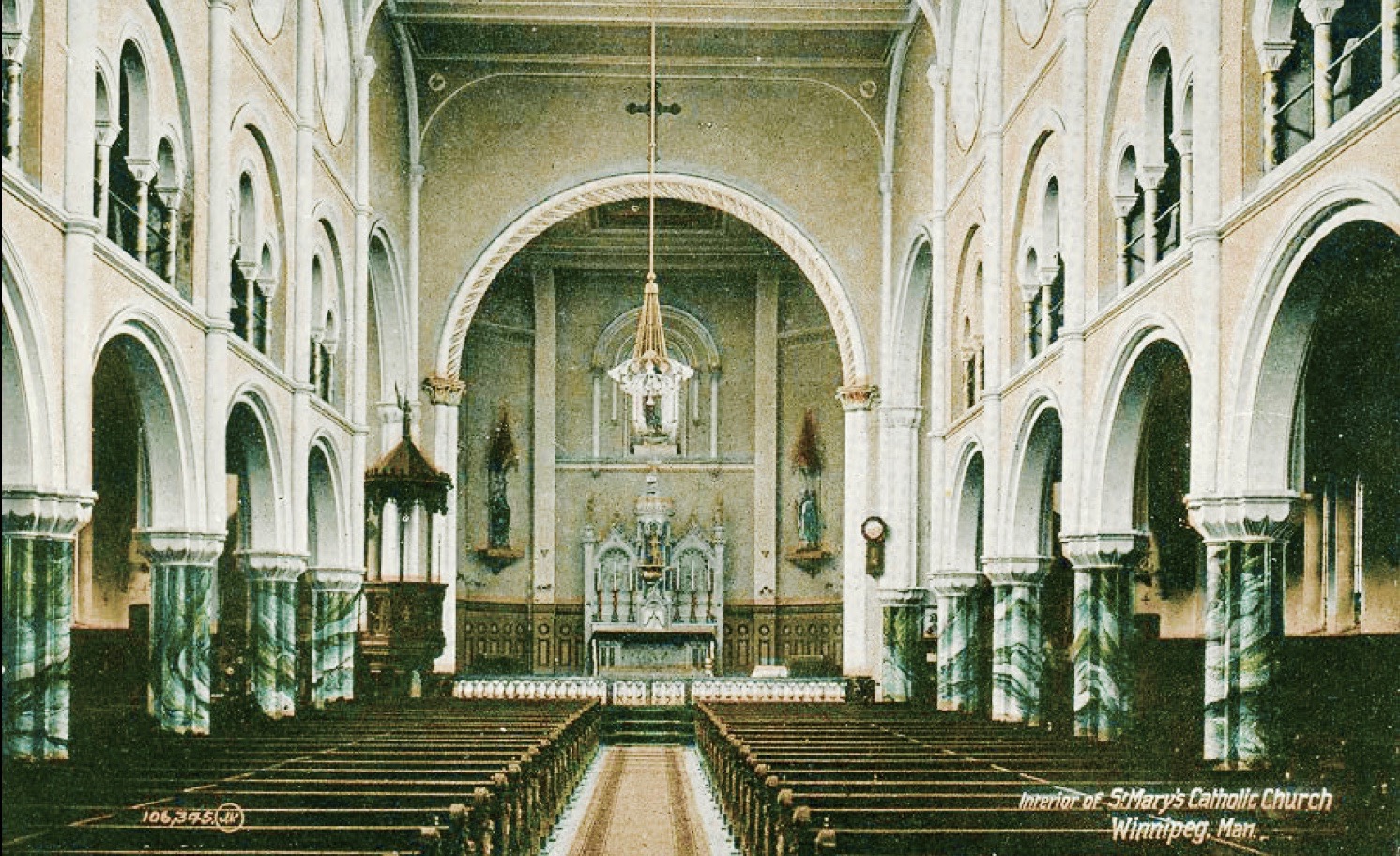 Built in 1880 to a design by Winnipeg architect Balston C. Kenway, this Roman Catholic church has served as the seat of the Archdiocese of Winnipeg since 1918. The cathedral was renovated in 1896 in accordance with plans by Samuel Hooper. The church's aisles were widened, the original central front facade tower was removed and a new south-side vestibule and entry elevation was constructed. A new shorter tower was added at the south-west corner, with a soaring 35-metre tall tower erected at the south-east corner. The building was further altered and repaired following a fire in 1919.

The style of the cathedral is mainly of Romanesque Revival, typified by the repeated use of rounded arches throughout the design. A rusticated stone base and brick comprise the building's walls, with brick corbelling below most of the original eaves. The interior of the cathedral, which is cruciform in plan, was once defined by a colouristic design featuring hand-painted faux marble and other decorative motifs. These were simplified to the current monochromatic treatment in the second half of the twentieth century. During the 1950s a dash of additional colour was added through modernist-inclined stained-glass windows designed by New York firm E. Rambusch Associates. The original stained glass remains in other areas of the building and depicts scenes from the Old and New Testament.

In 1965 the rectory (to the north of the cathedral) was added, housing a new parish hall capable of seating 600, and three floors of housing and office space. The new parish hall was meant to replace the old supporting buildings and matched the cathedral with taupe brick. This new administration, residential, and community centre was designed by Green Blankstein Russell and Associates. The construction was carried out by Triple "L" Construction at a final cost of $263,000.