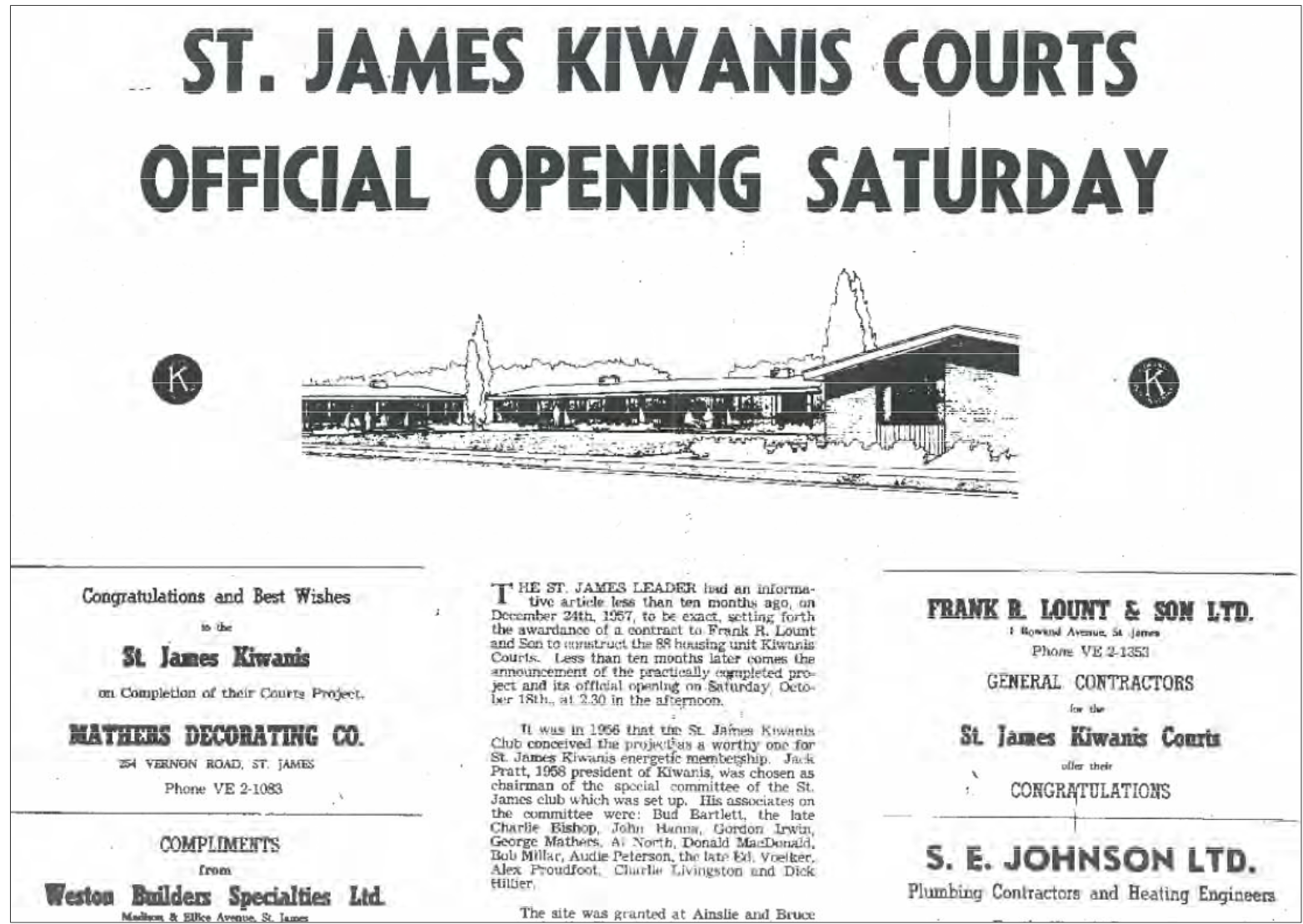 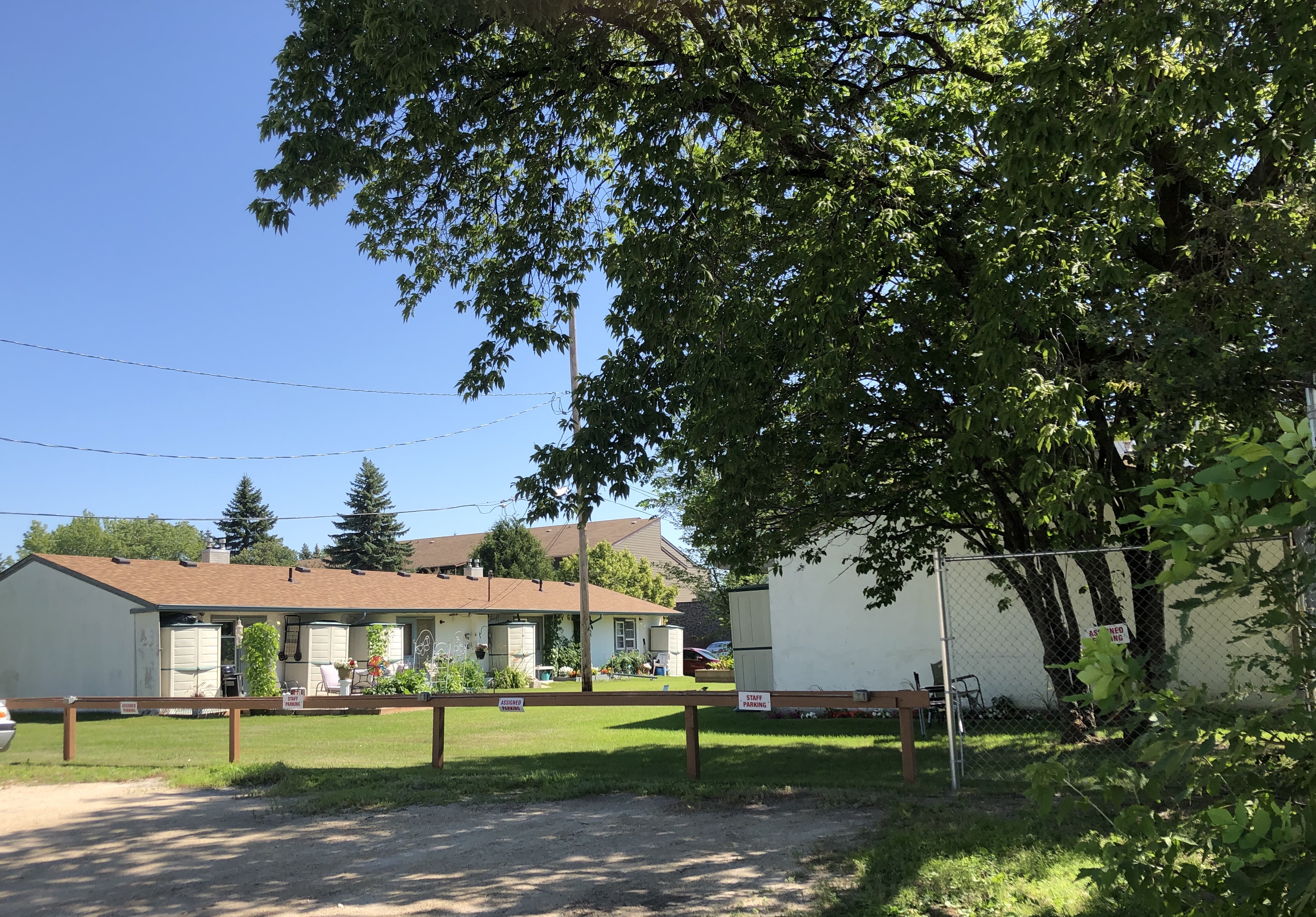 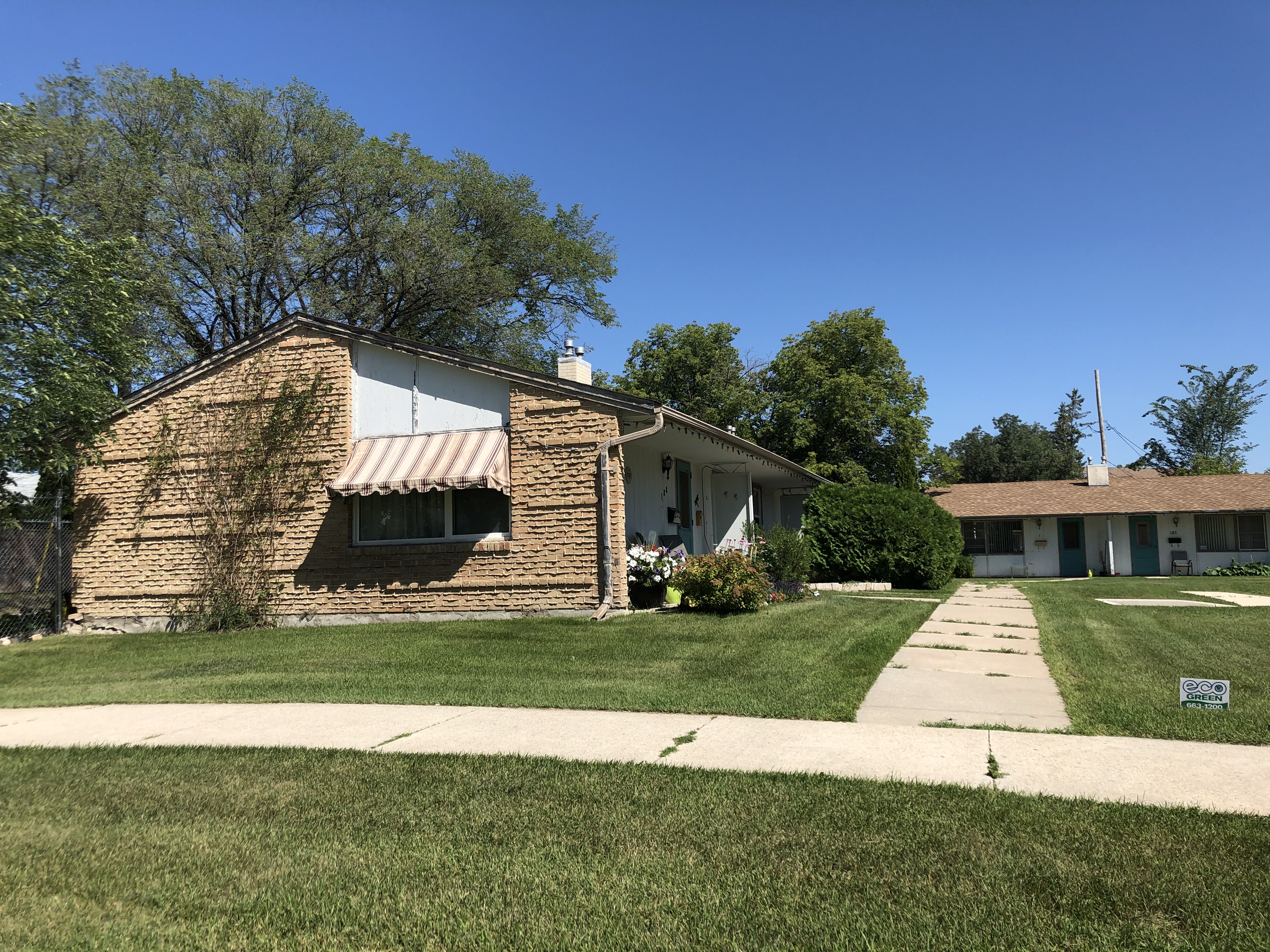 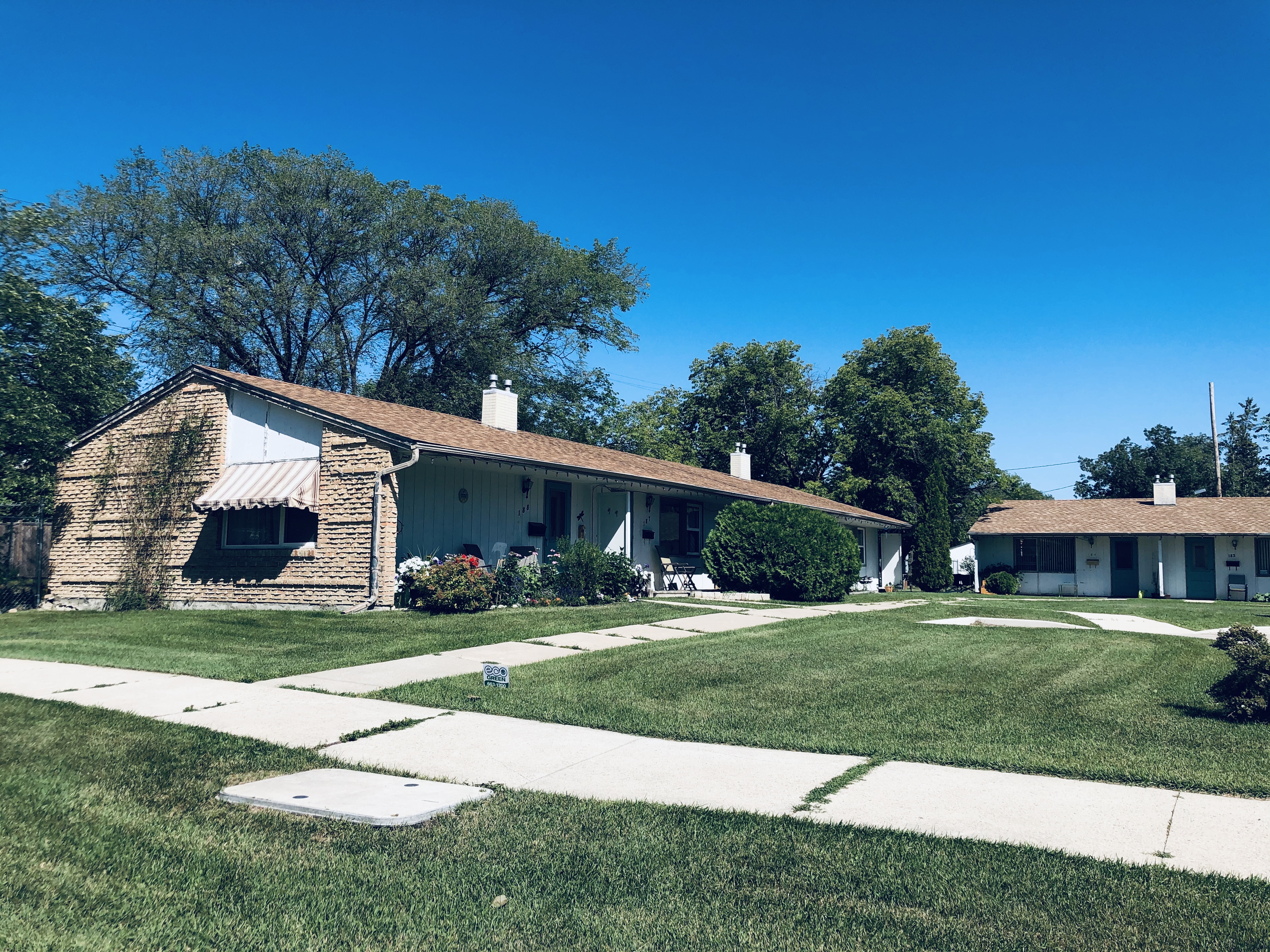 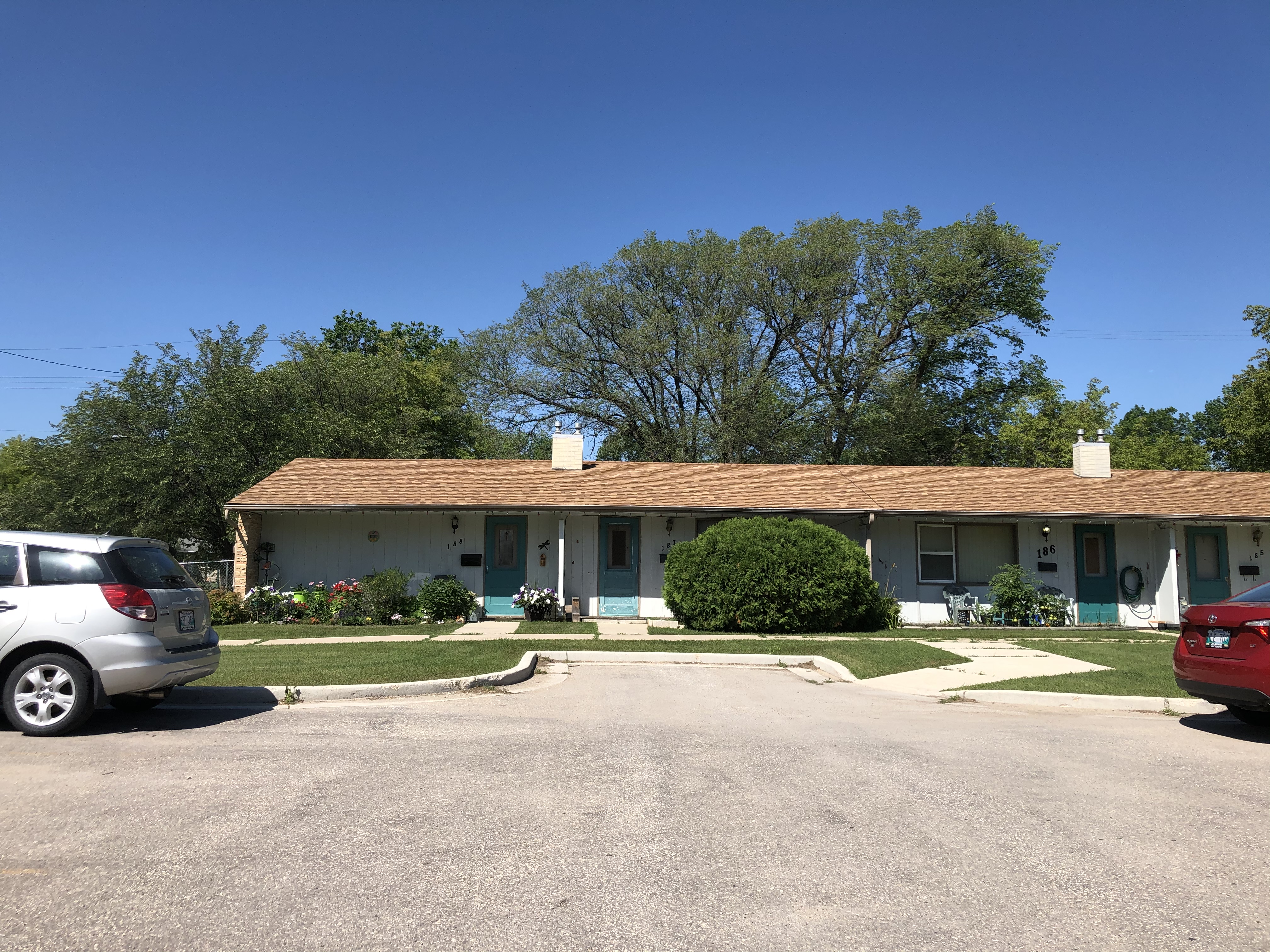 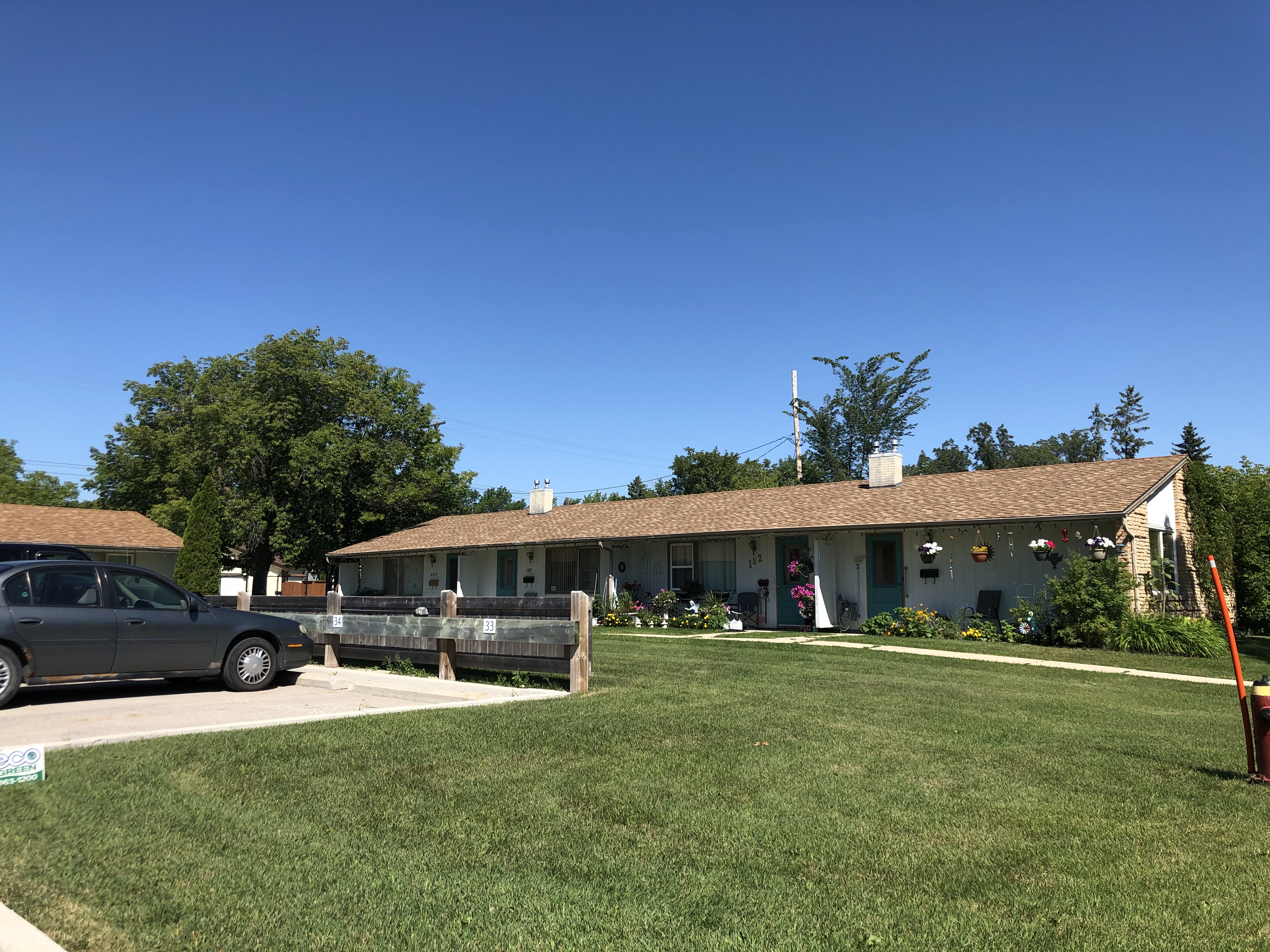 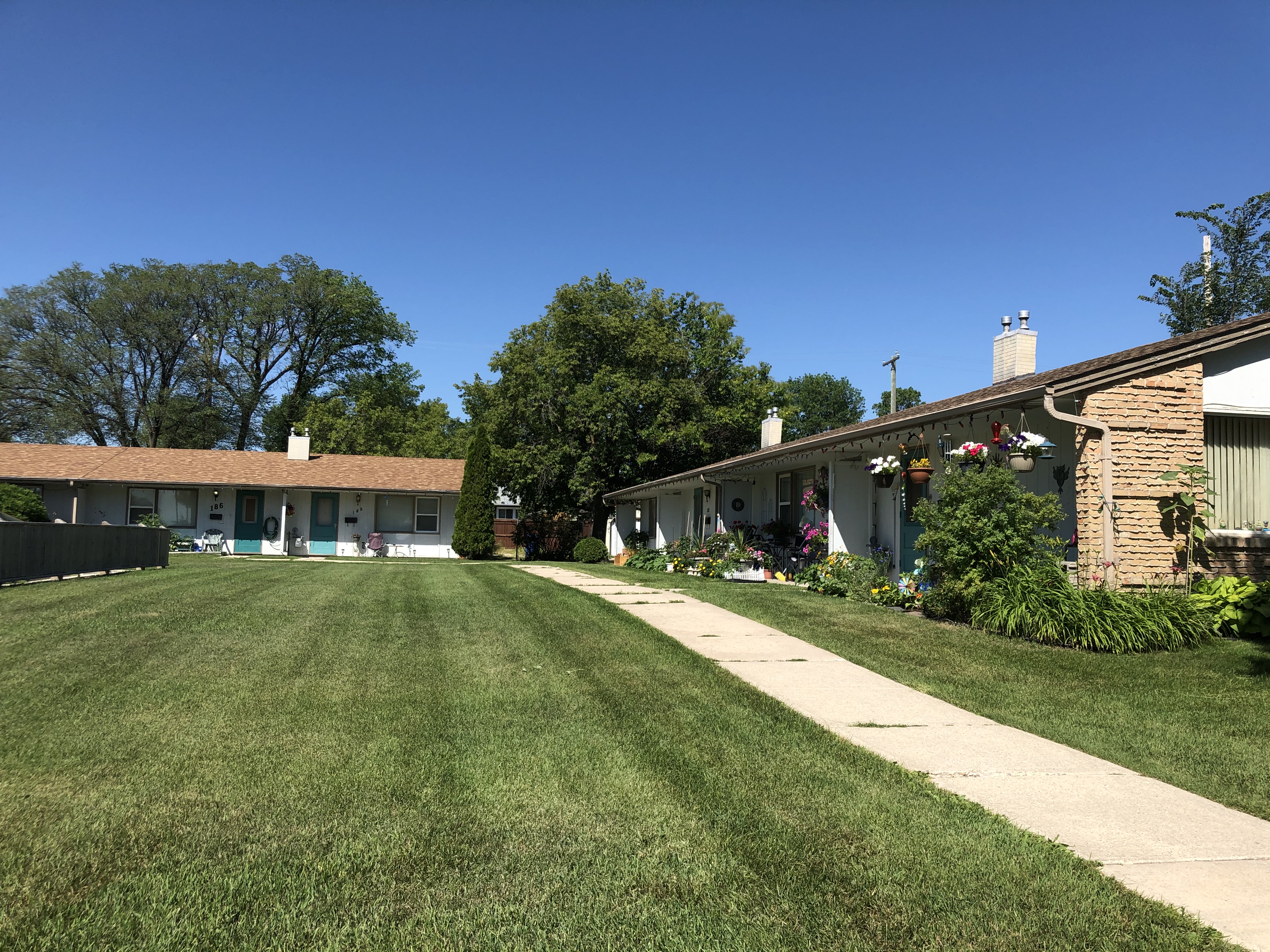 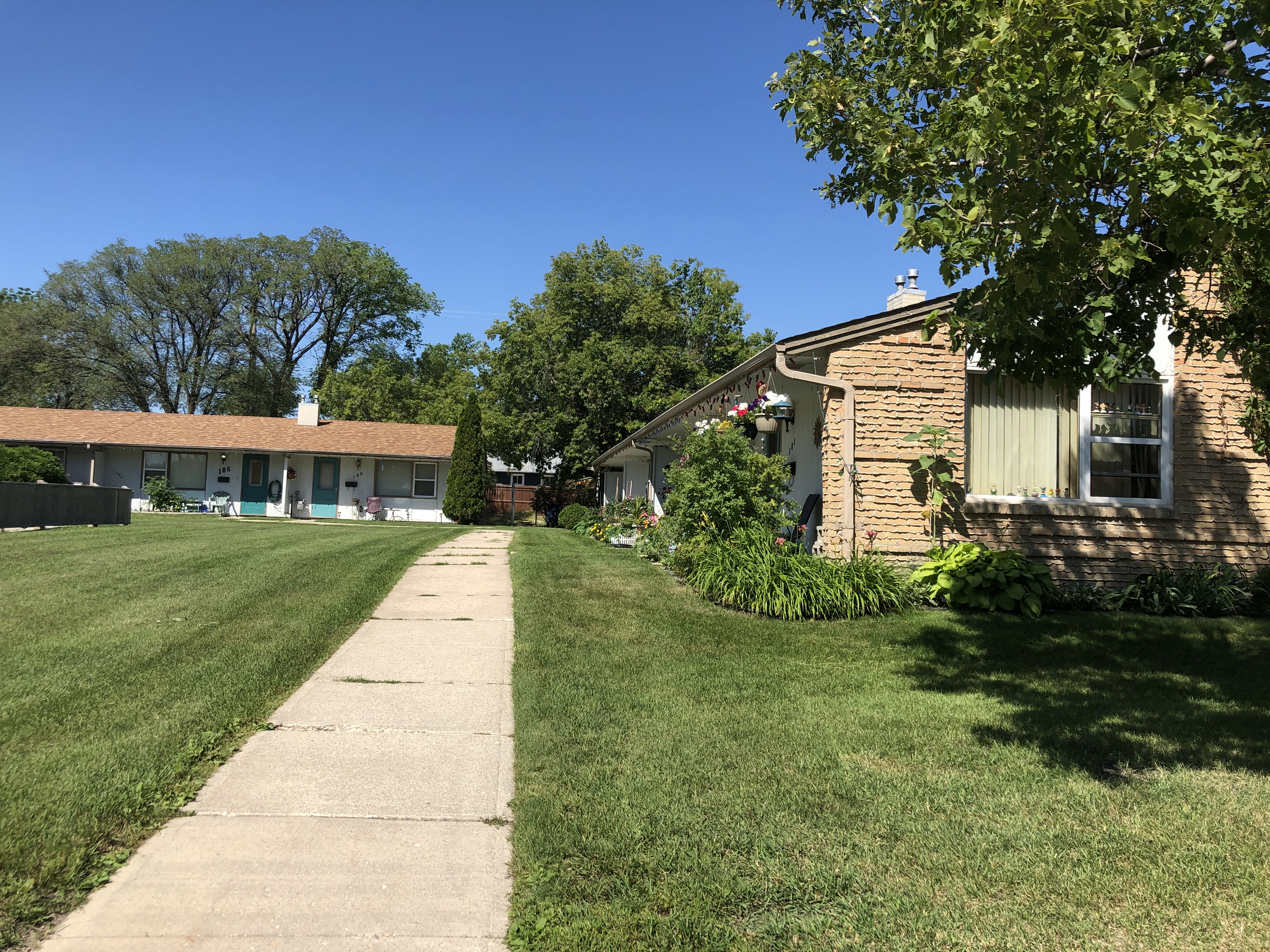 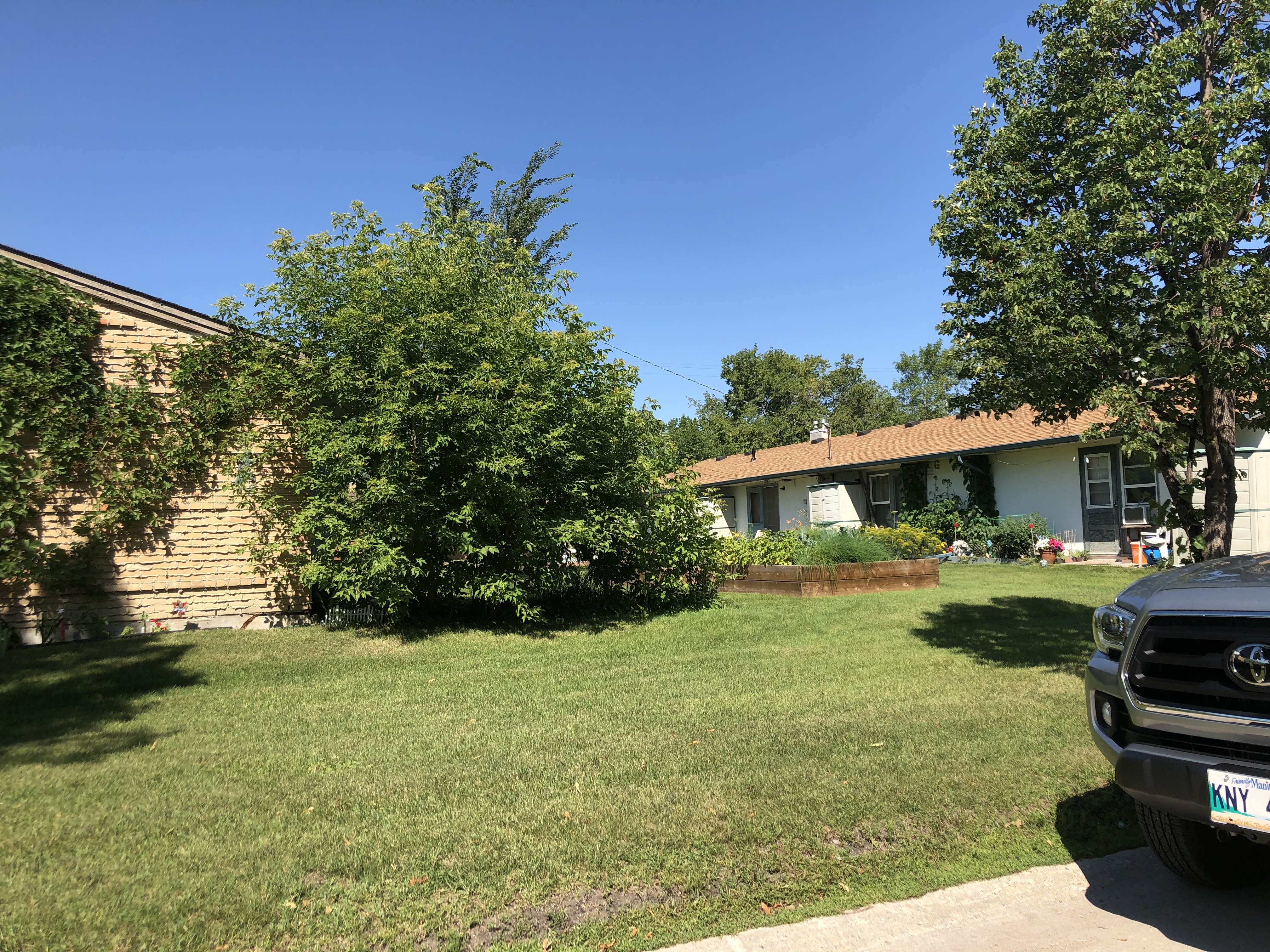 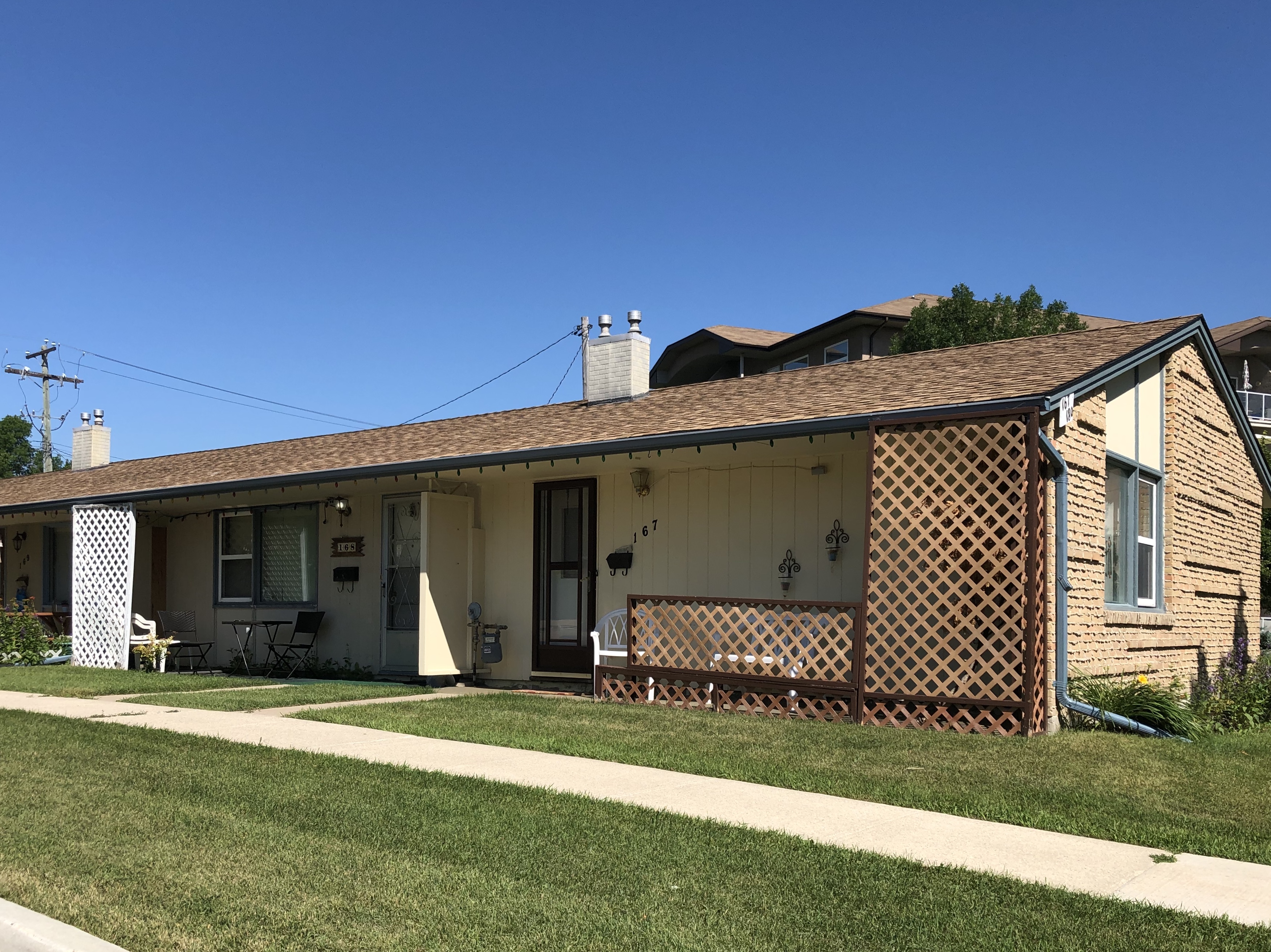 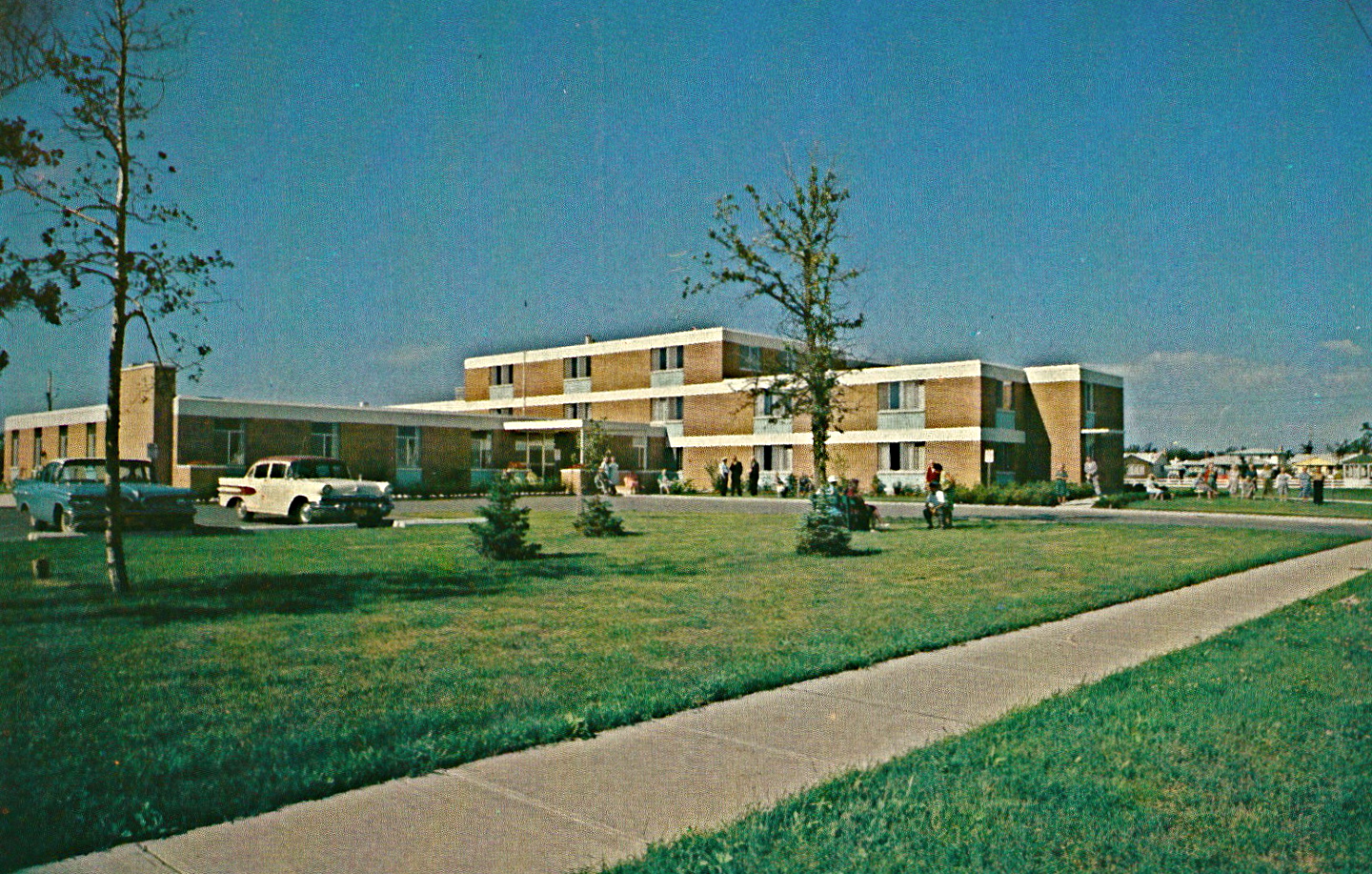 This project, which began construction in 1957, involved the creation of eighty-eight one-bedroom "cottage" units intended to house senior citizens. These units were designed for single and double occupancy. The idea for the development was arrived at in 1956 by the membership of St. James' Kiwanis organization, who conceived a small garden subdivision available for those with low income. The ultimate plan saw these units grouped in sets of four and six in buildings arranged facing one another in arcs set around a horse-shoe cul-de-sac. This road's name was derived from the Kiwanis organization's moniker spelled backward. The blocks were all one-storey with brick cladding and low-pitched roofs.

Twenty-two of these units were demolished in 2004 to make way for St. James Kiwanis Manor. Forty-four of the original units constructed remain functional and occupied. The site of the project was a few blocks west of the large suburban development orchestrated by the Frank R. Lount and Son (the contractors for St. James Kiwanis Courts) known as Silver Heights. Burton Stovel, architect for the Lount company, may have also had a hand in this project's design.