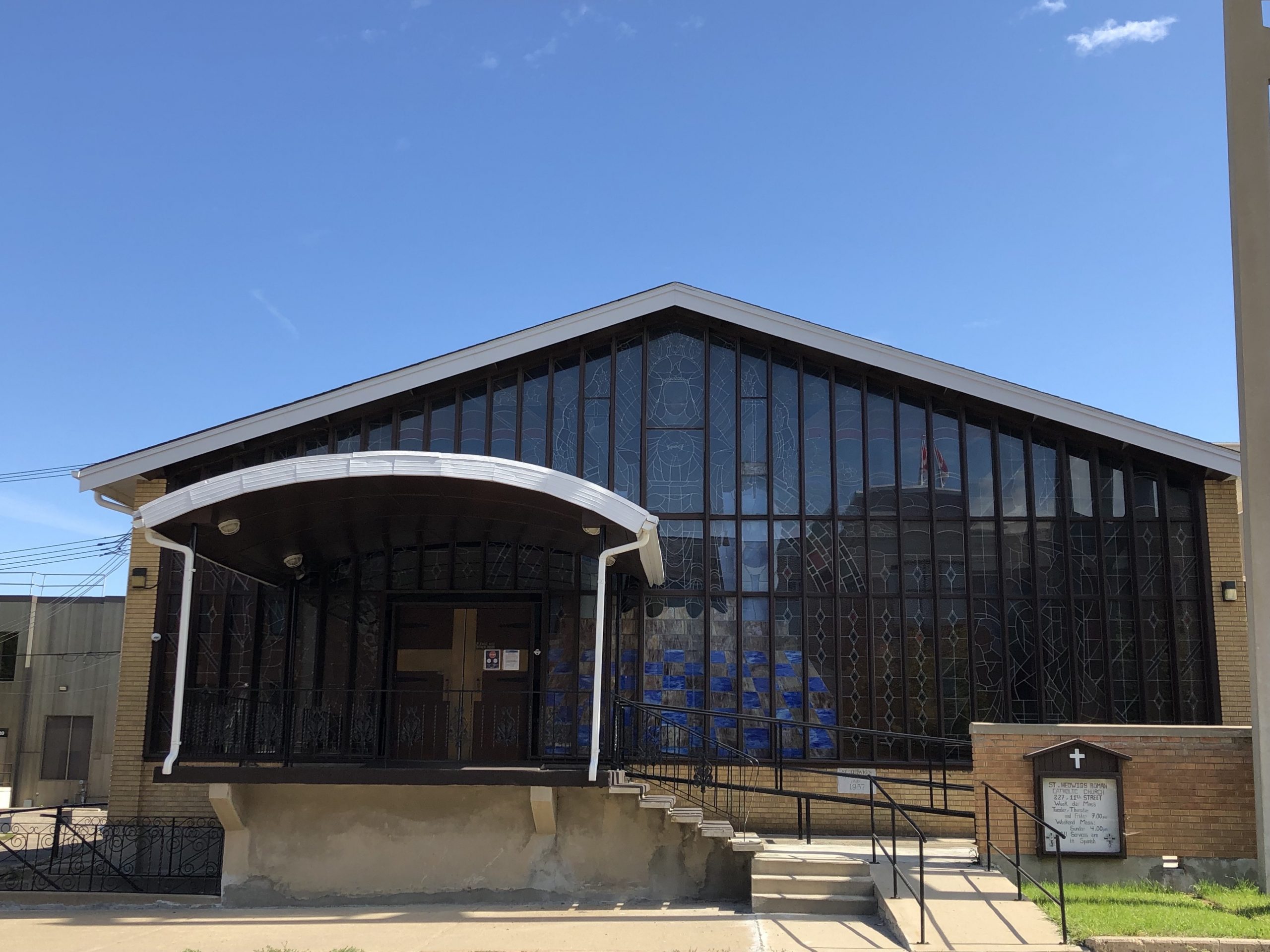 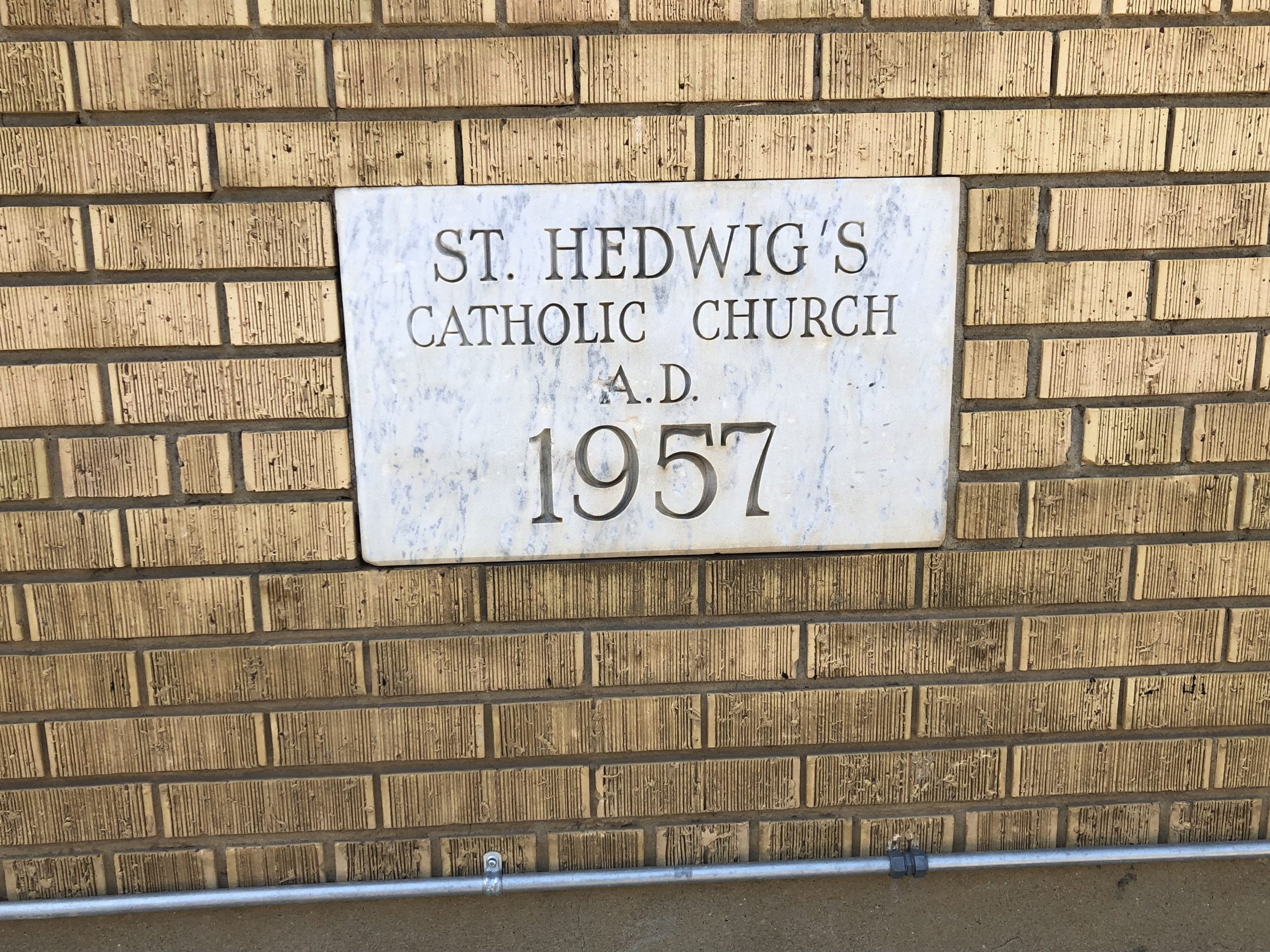 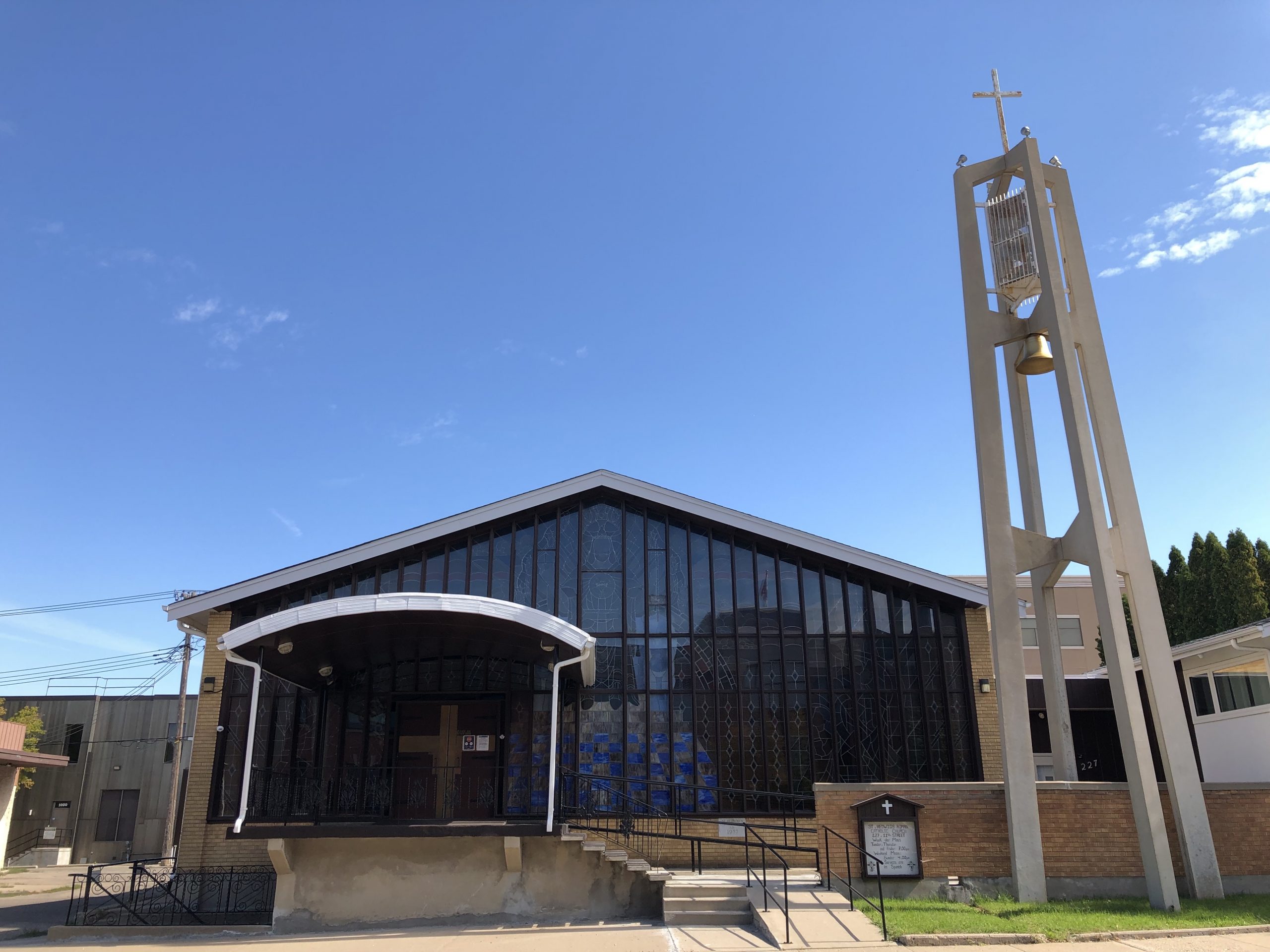 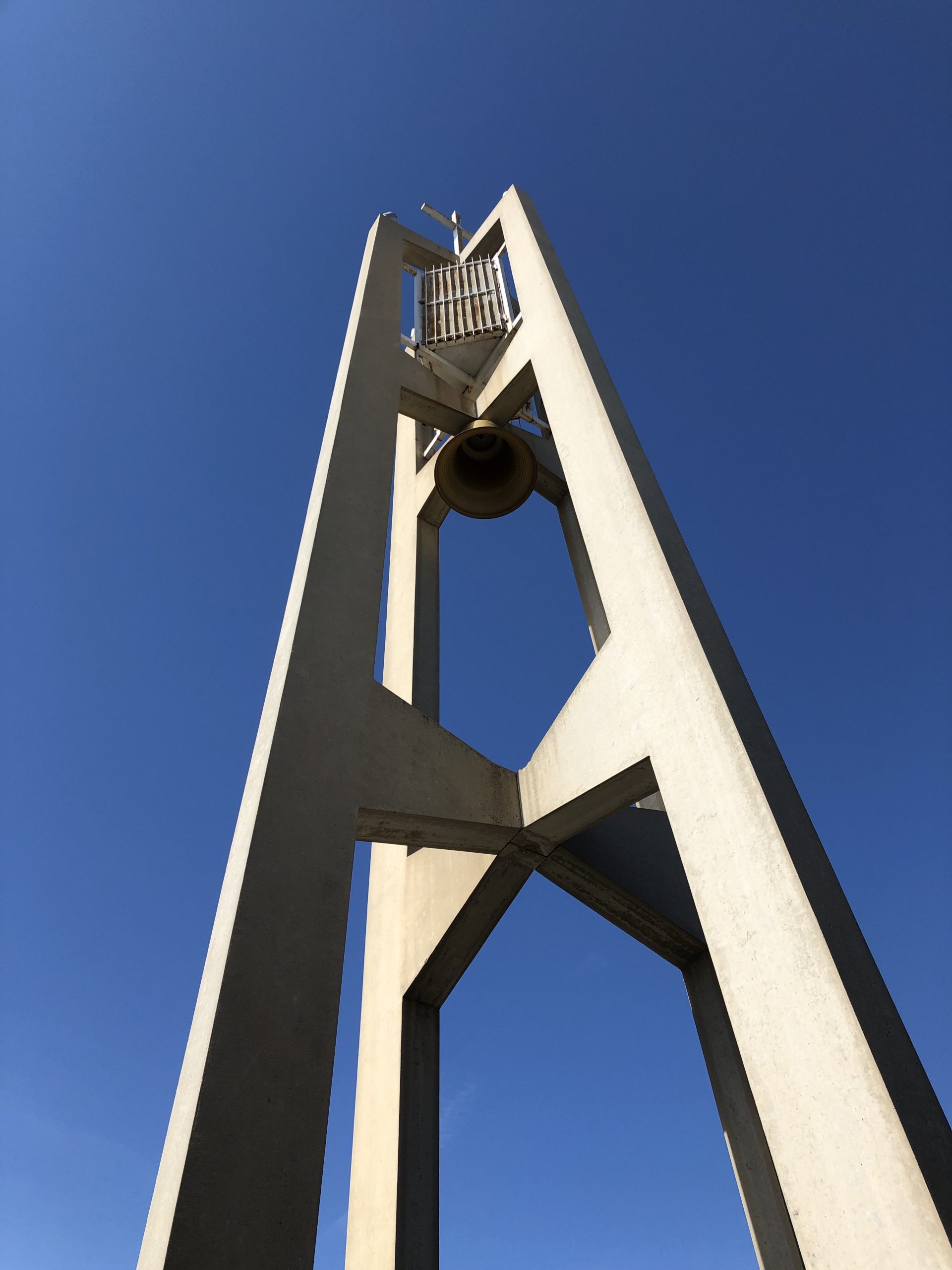 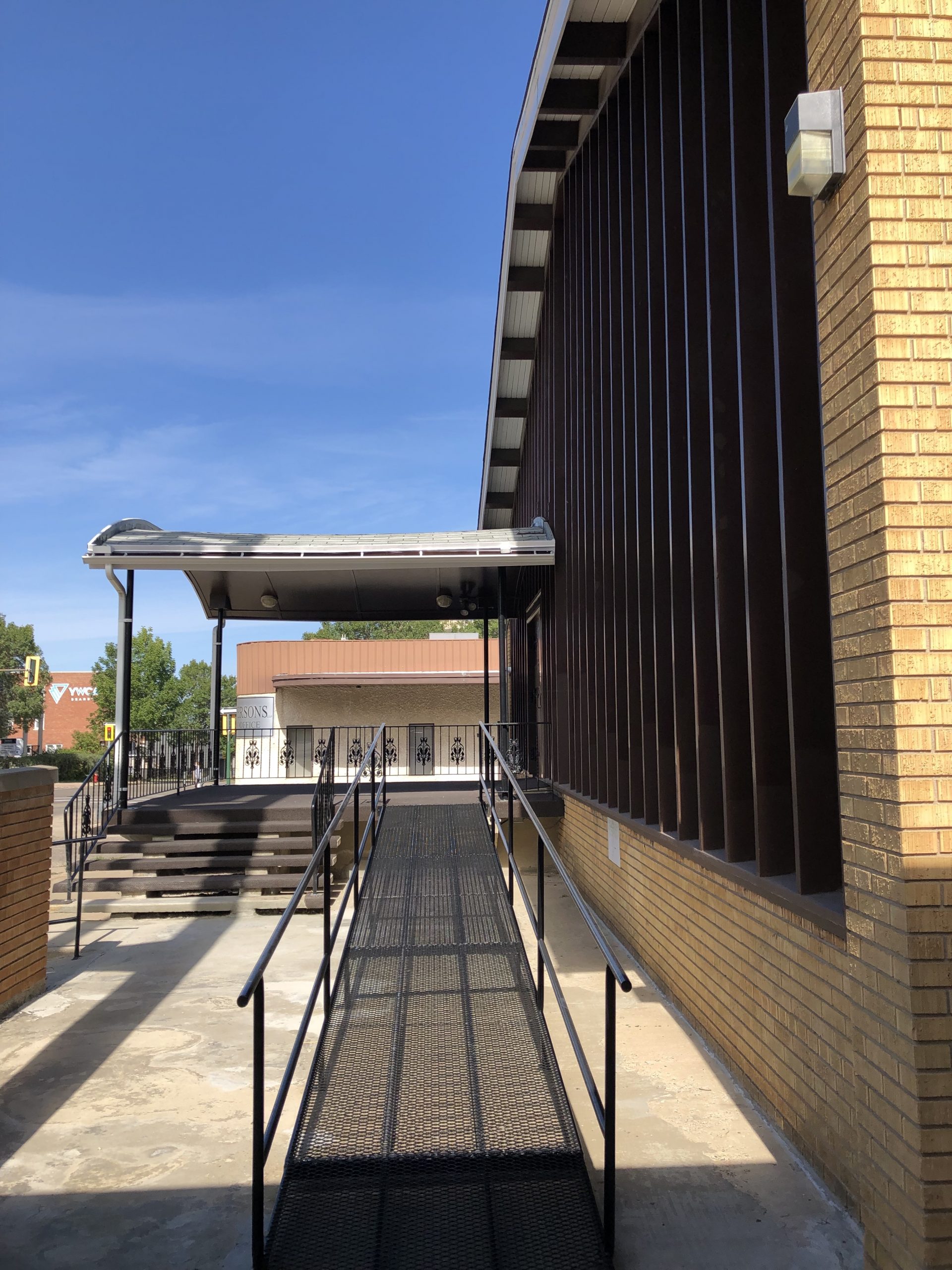 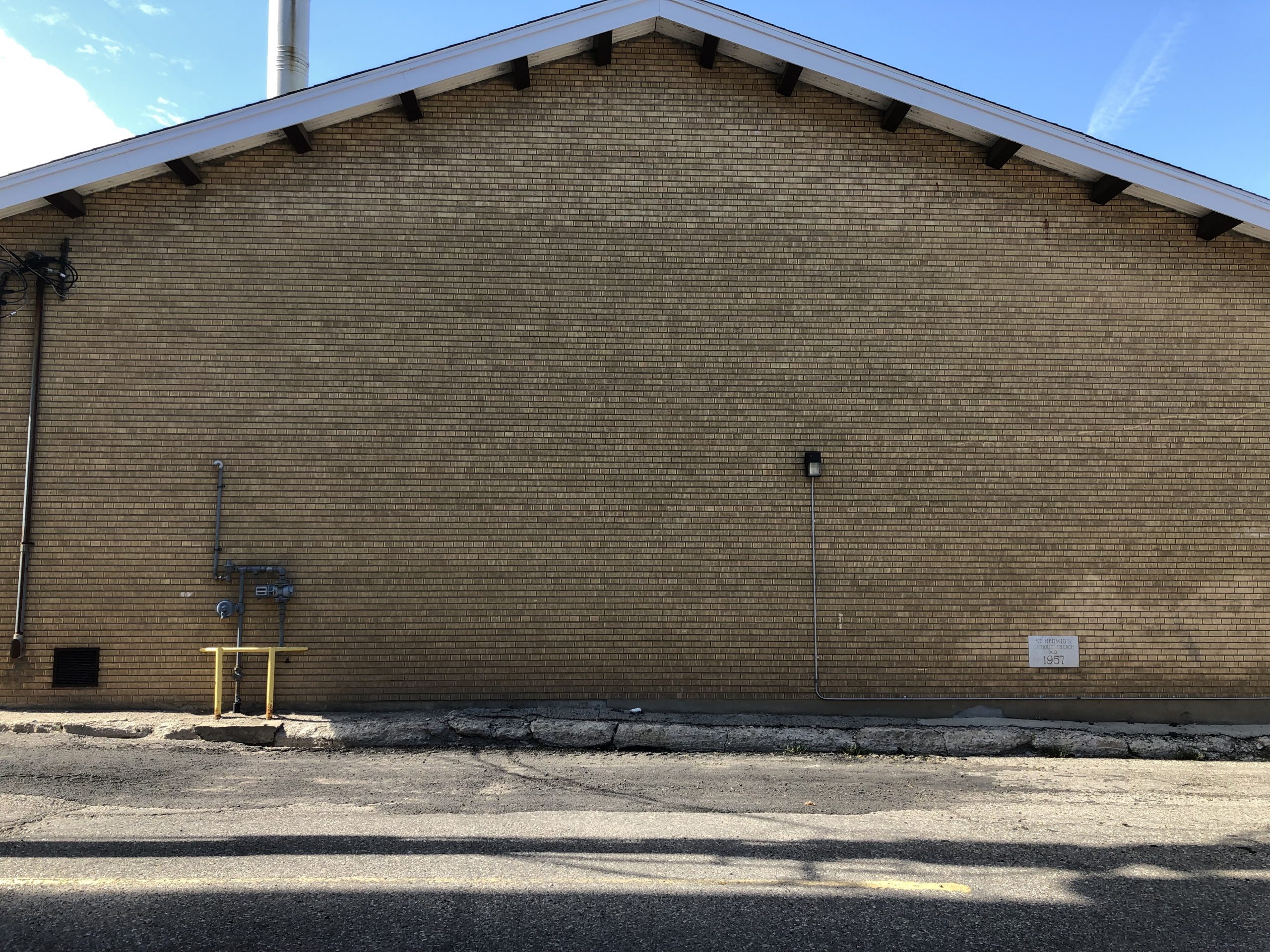 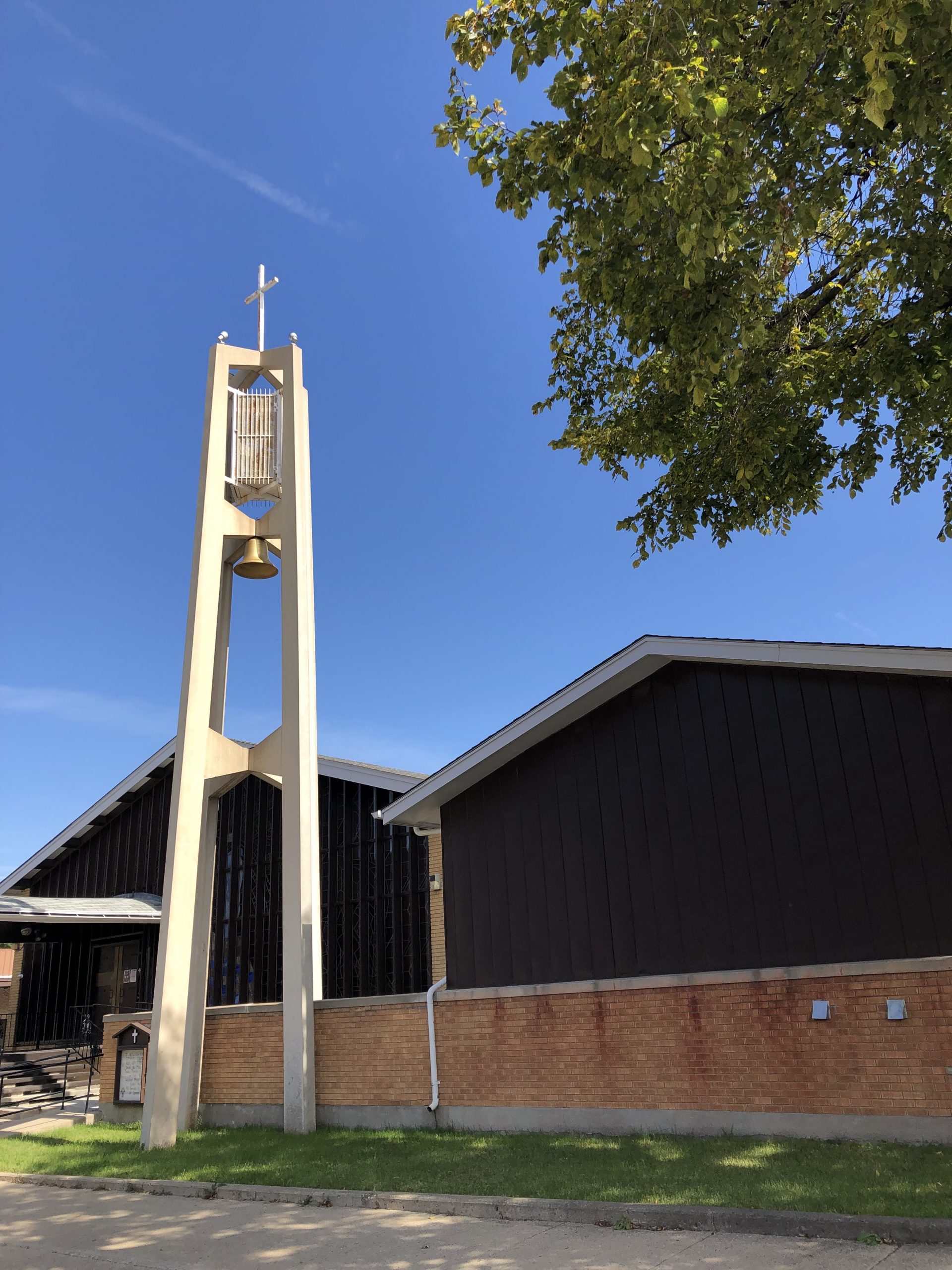 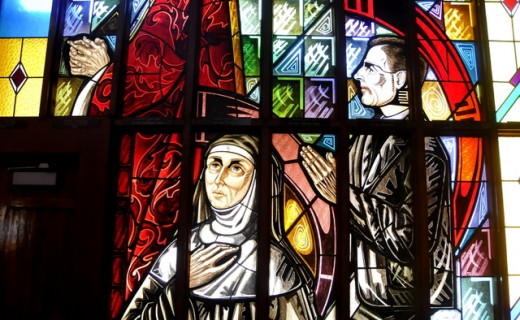 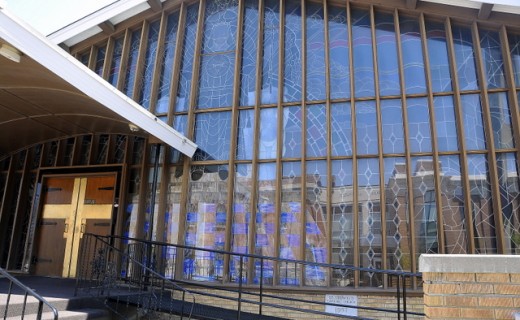 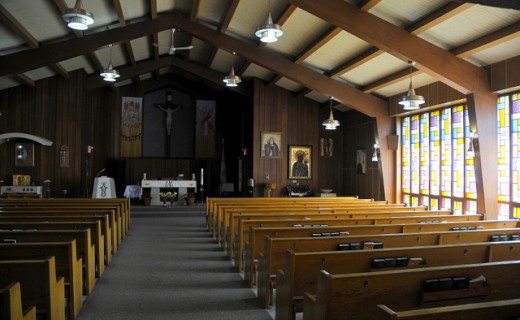 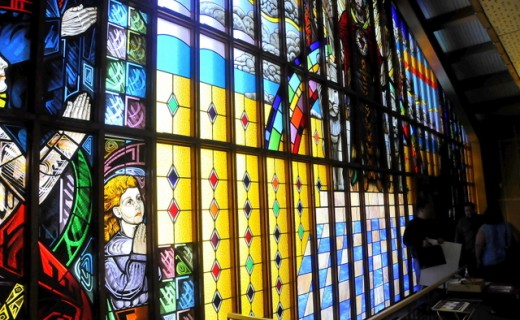 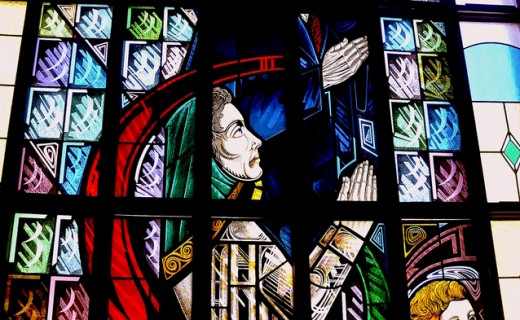 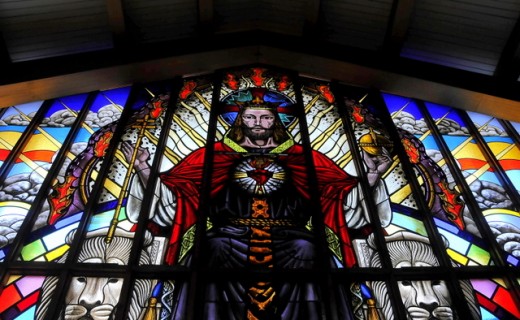 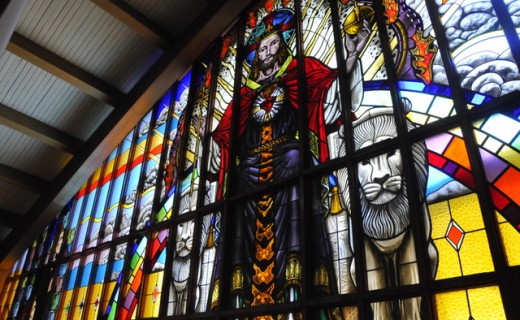 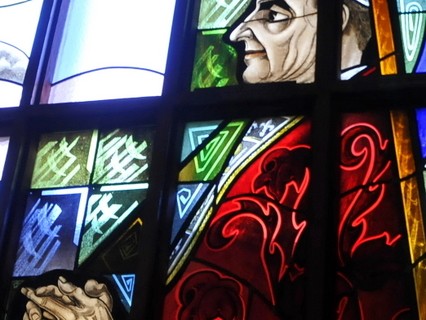 In 1882, members of Brandon's Anglican congregation had the first St. Matthew's Church built on this site. Several years later the wood frame structure received a brick veneer. In 1912, the congregation moved to its present location on 13th Street. The old church building was later sold to Brandon's Polish Roman Catholic congregation. They renovated it to meet their needs and, on August 1, 1920, it was consecrated St. Hedwig's Roman Catholic Church. In 1956, the city's building inspector discovered that the exterior walls were leaning outward and declared the building unsafe. It was demolished and a new church erected on the site..

Designed by architect Jack Ross of Number Ten Architectural Group, the 1975 church has a yellow brick exterior complemented by a large number of stained glass windows. The entire front facade is stained glass , which welcomes parishionners through the day and when illuminated at night. The main entrance has a large crossas part of the door structure and a rounded canopy to provide weather protection. There is a side entrance to a lower level hall. A separate bell tower serves as a familiar landmark in the downtown.

Stained glass photographs are courtesy of the Institute for Stained Glass in Canada.