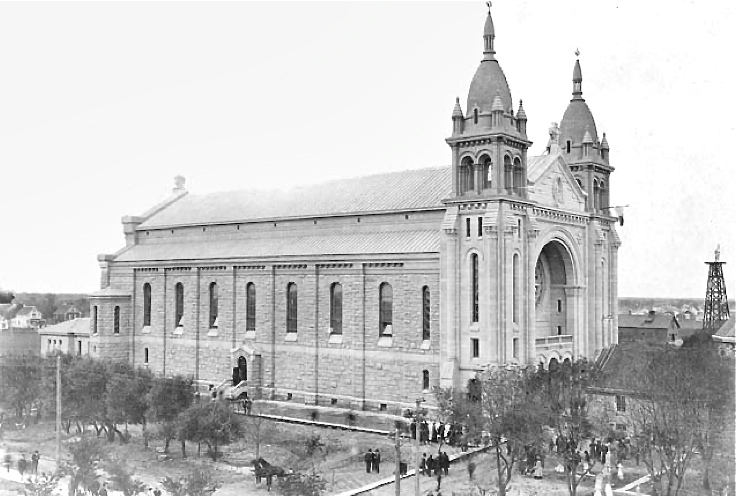 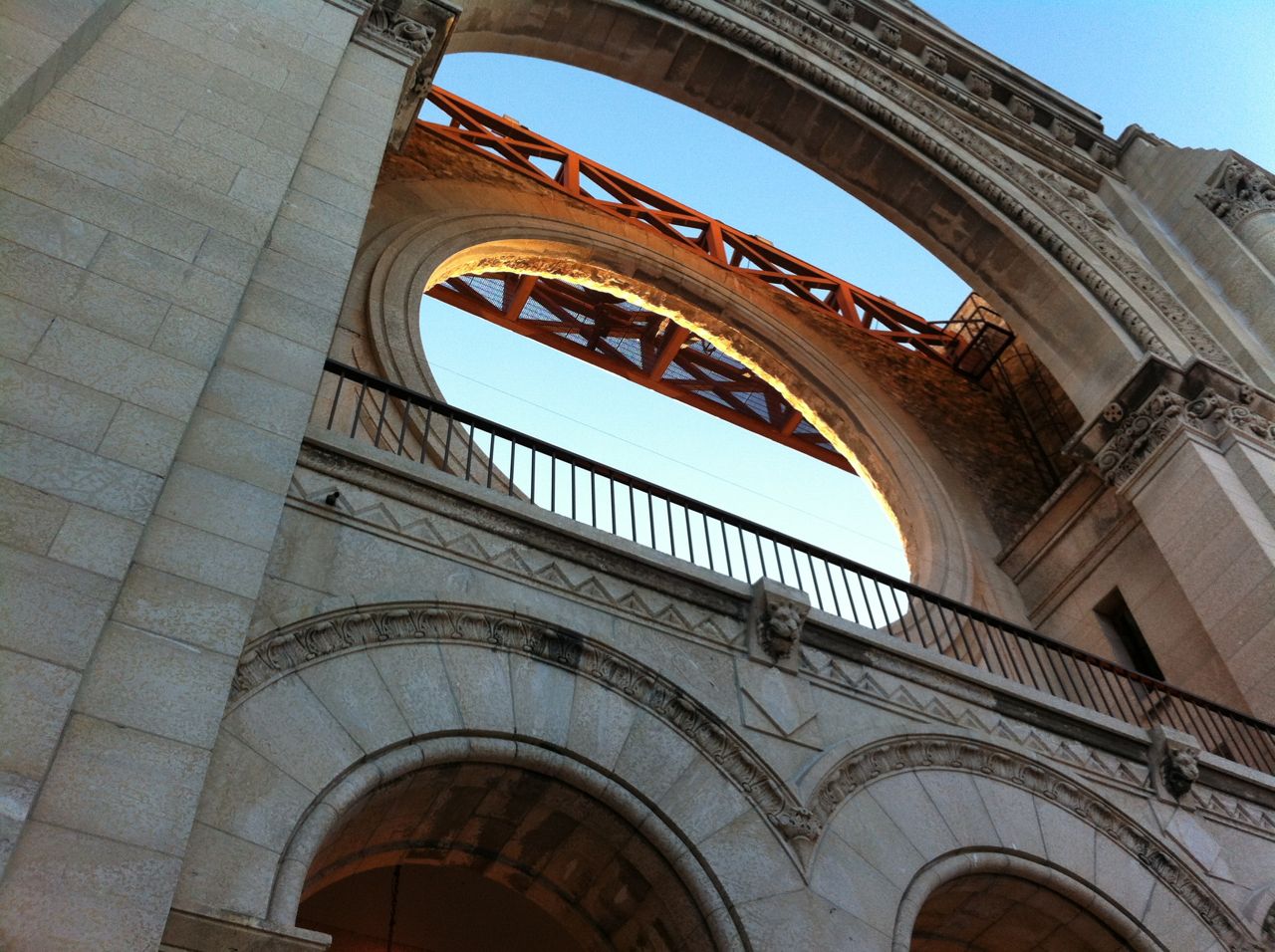 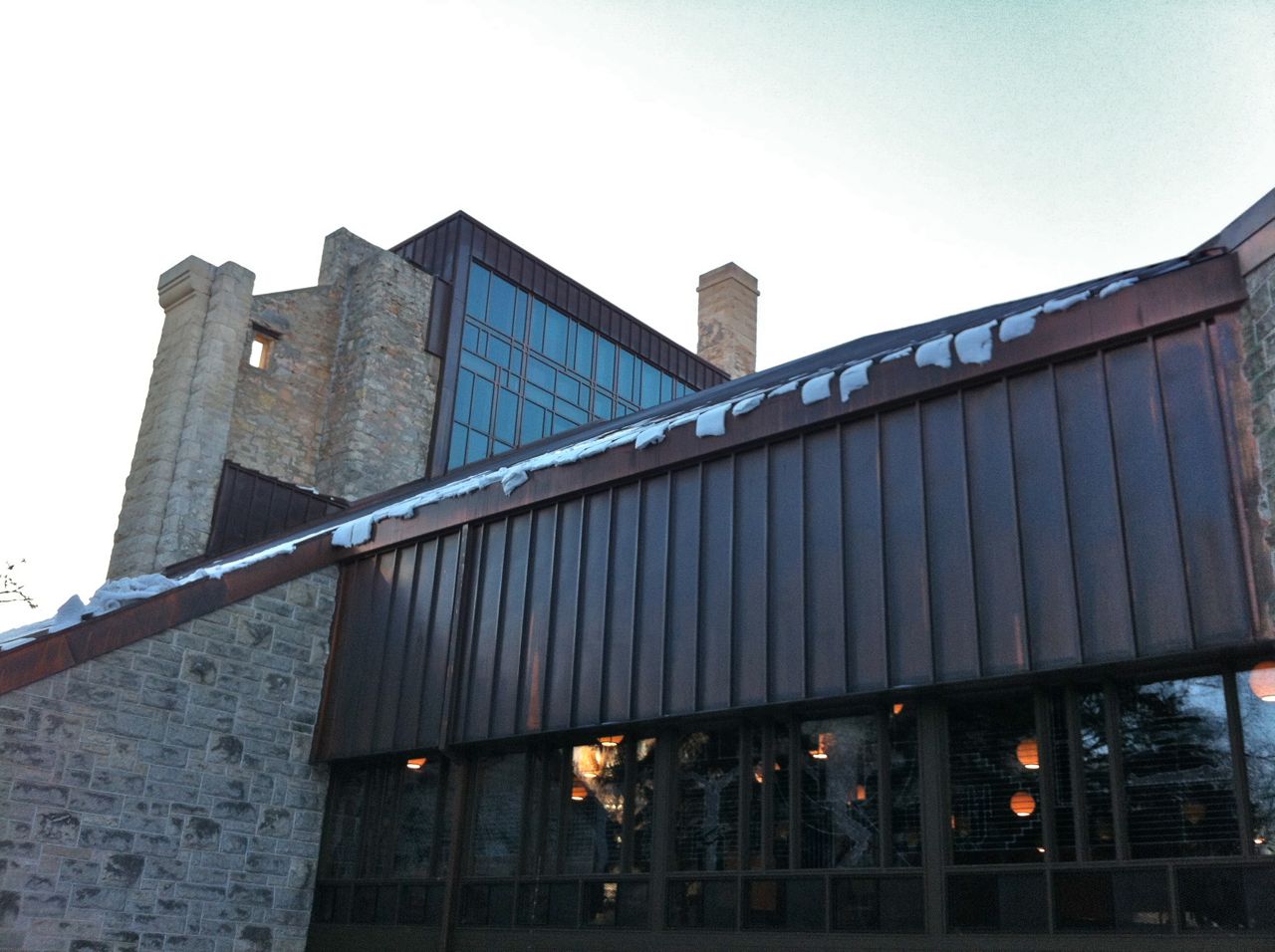 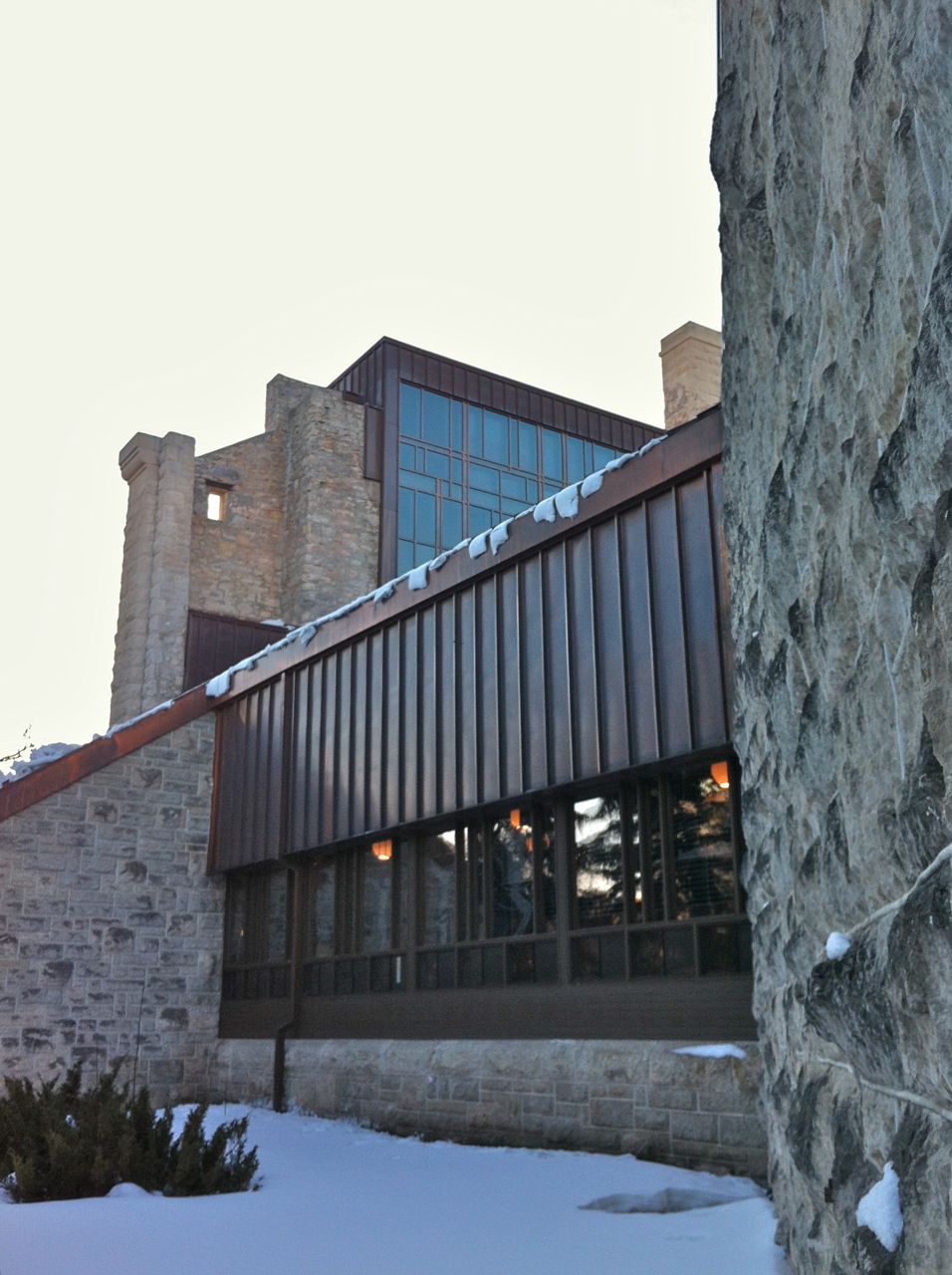 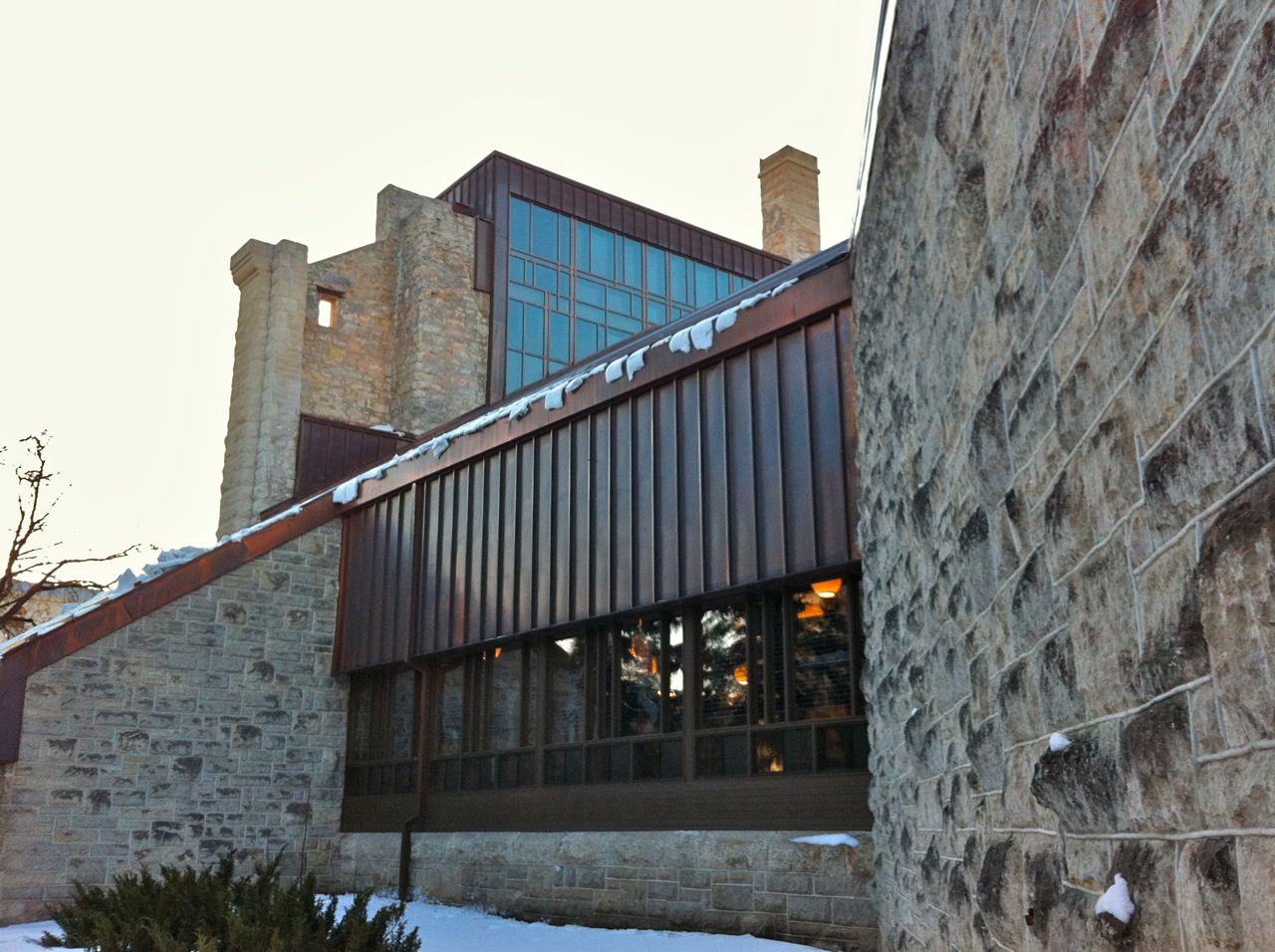 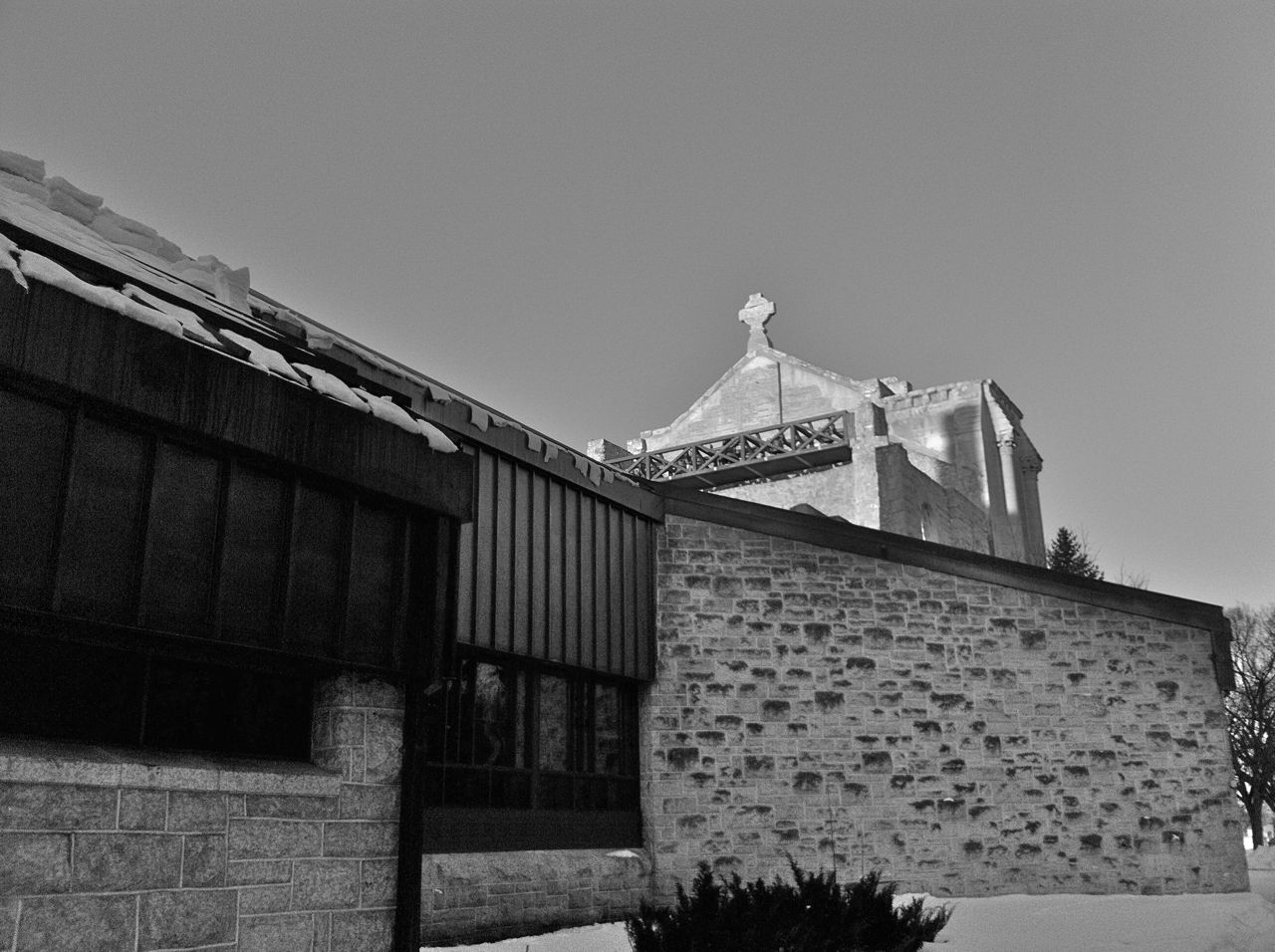 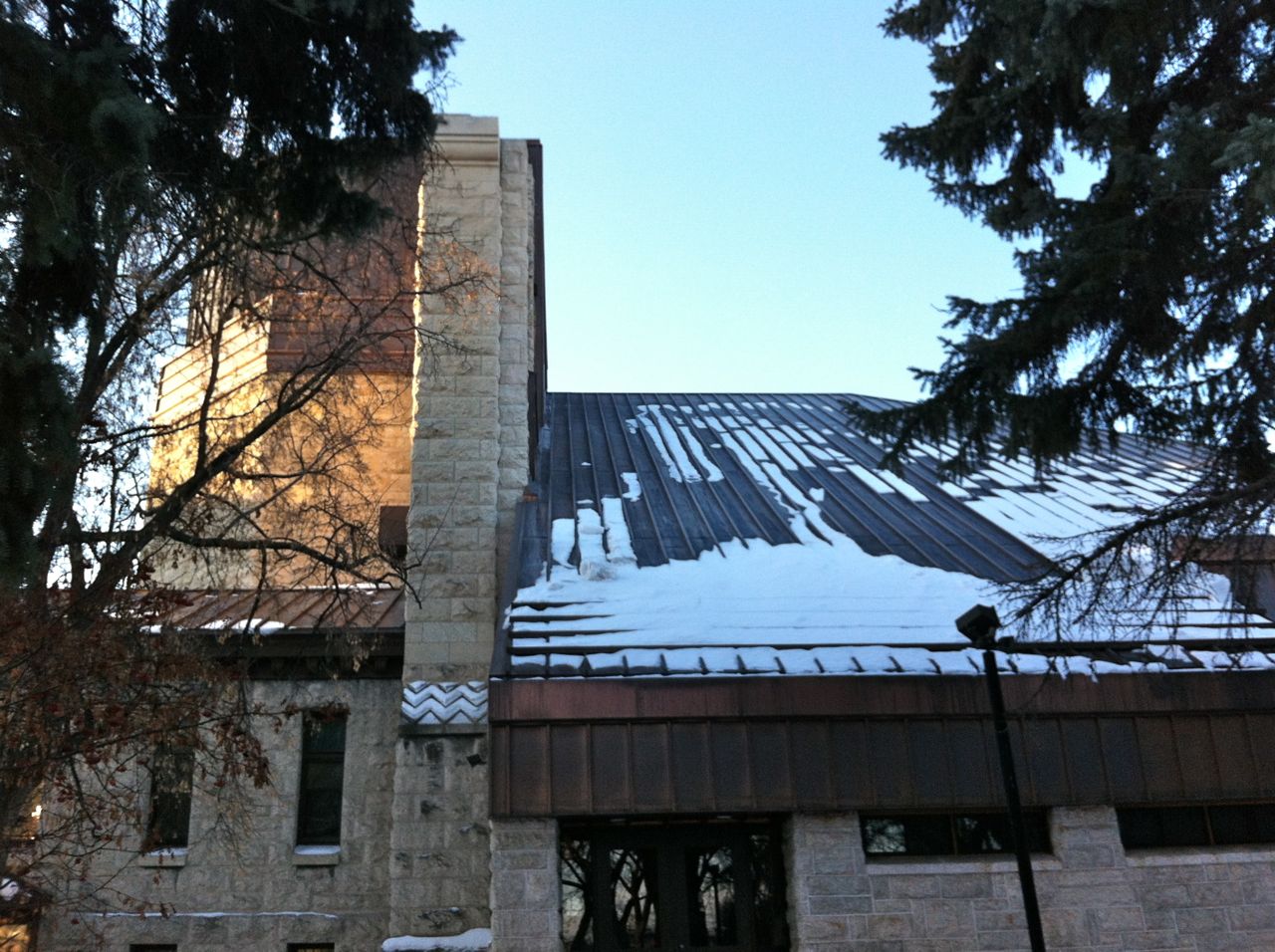 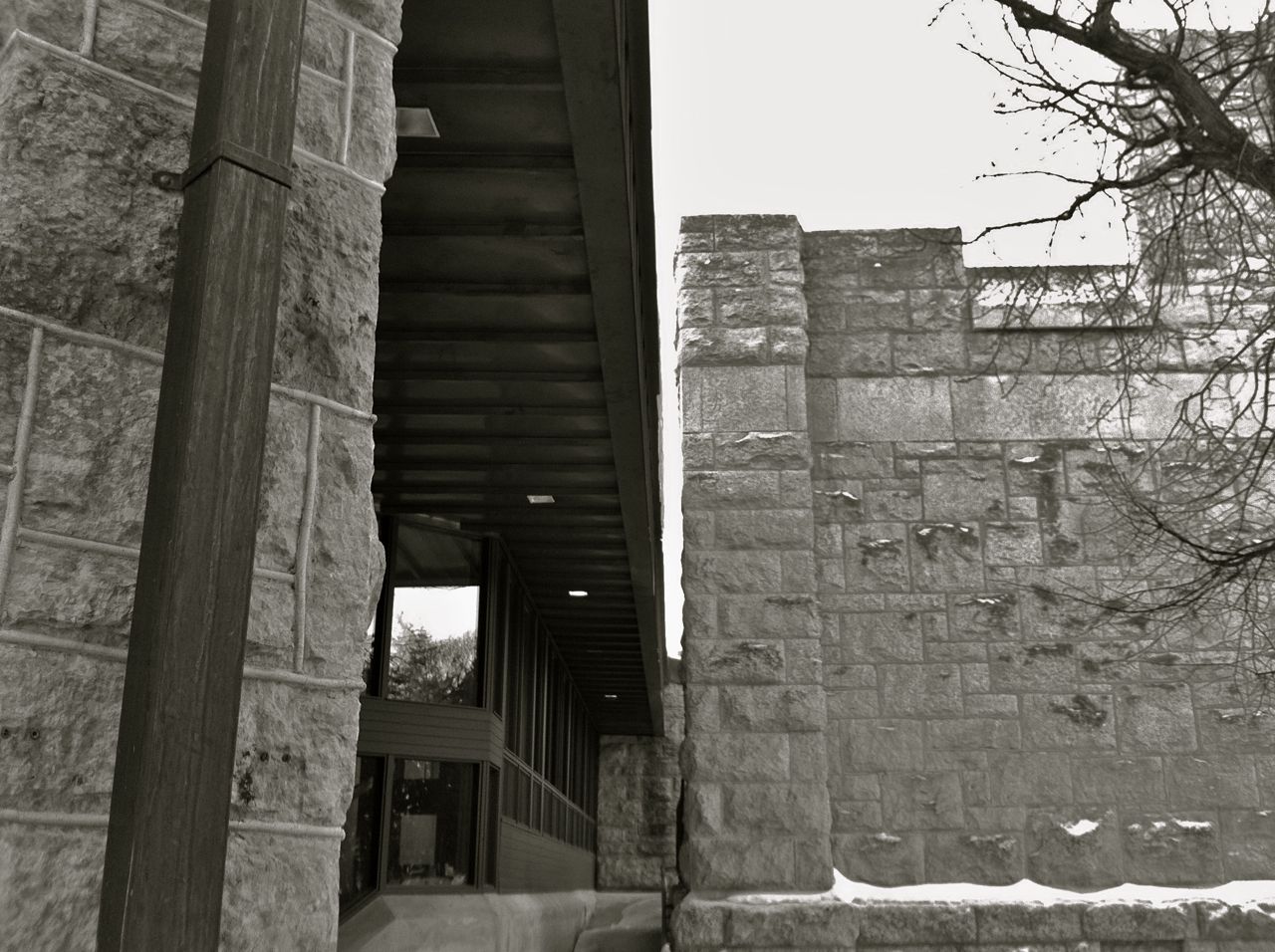 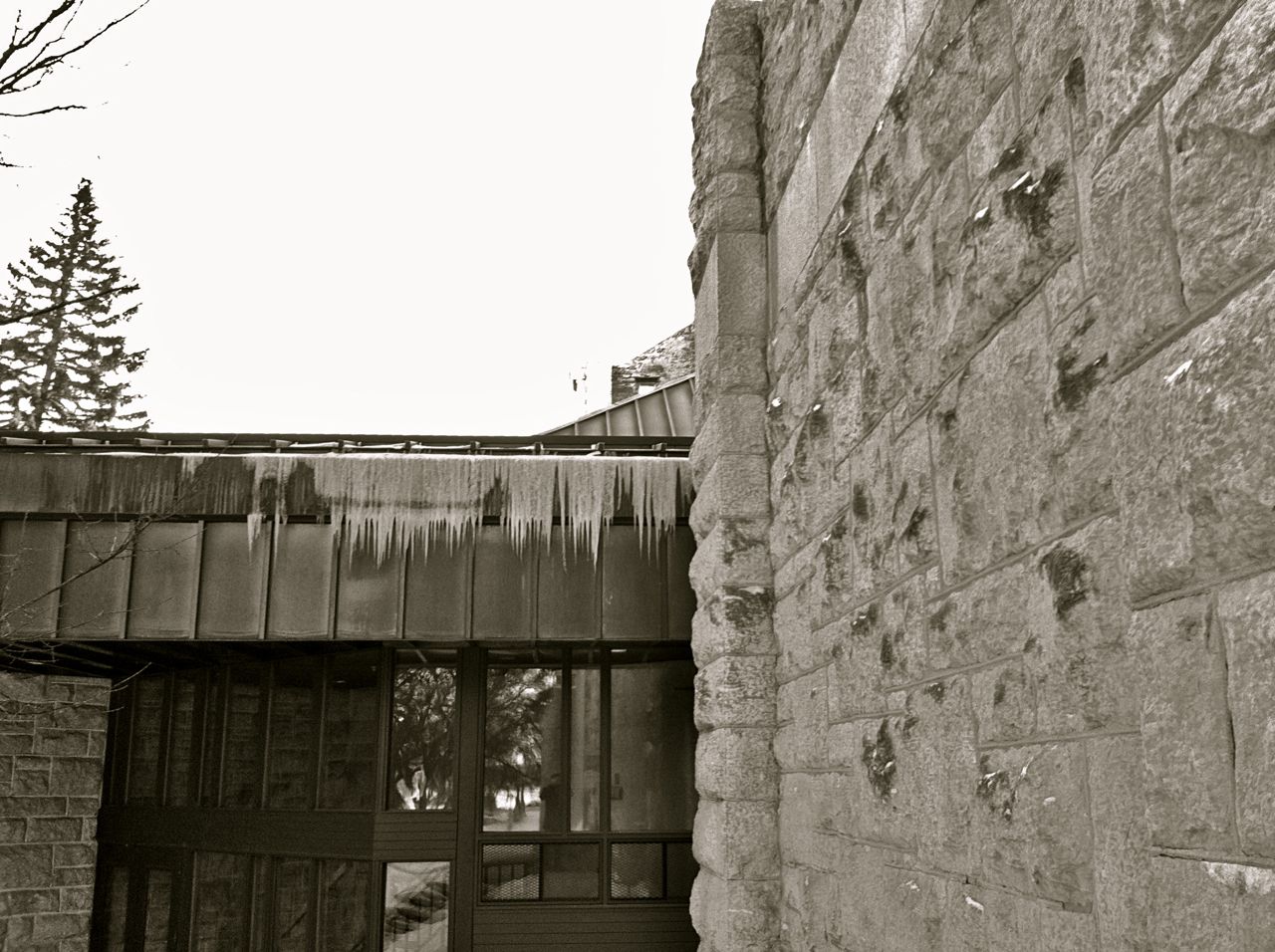 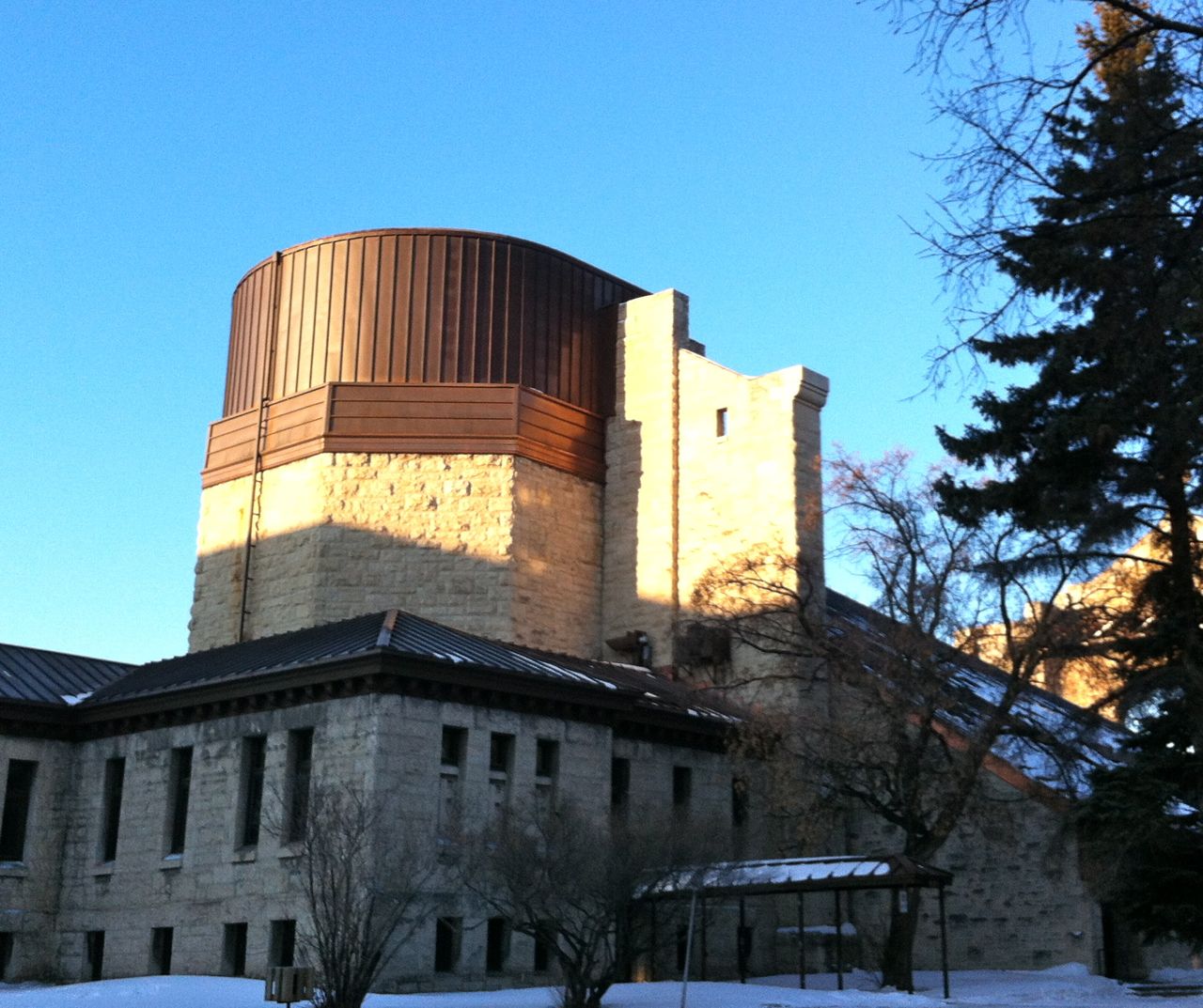 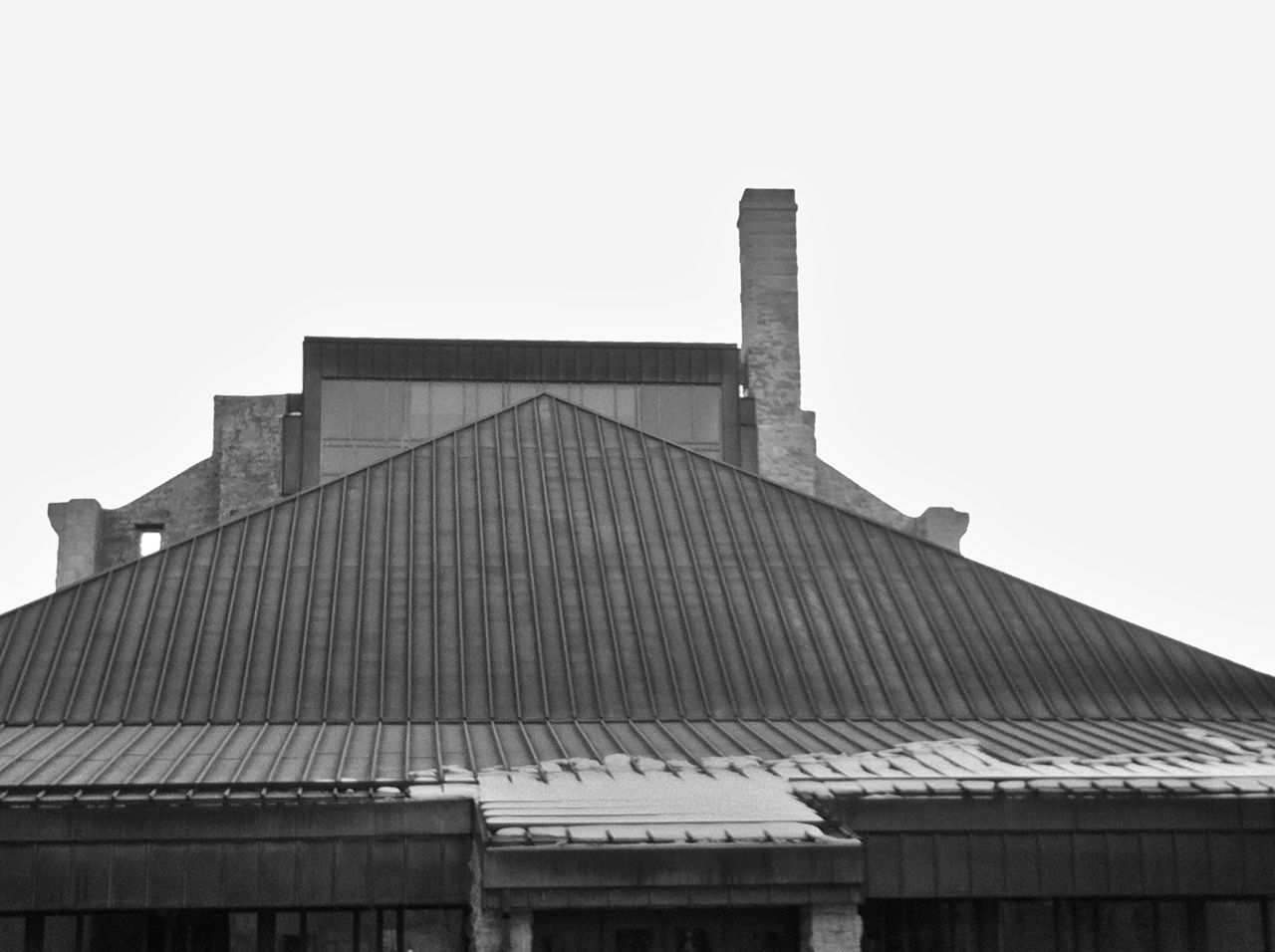 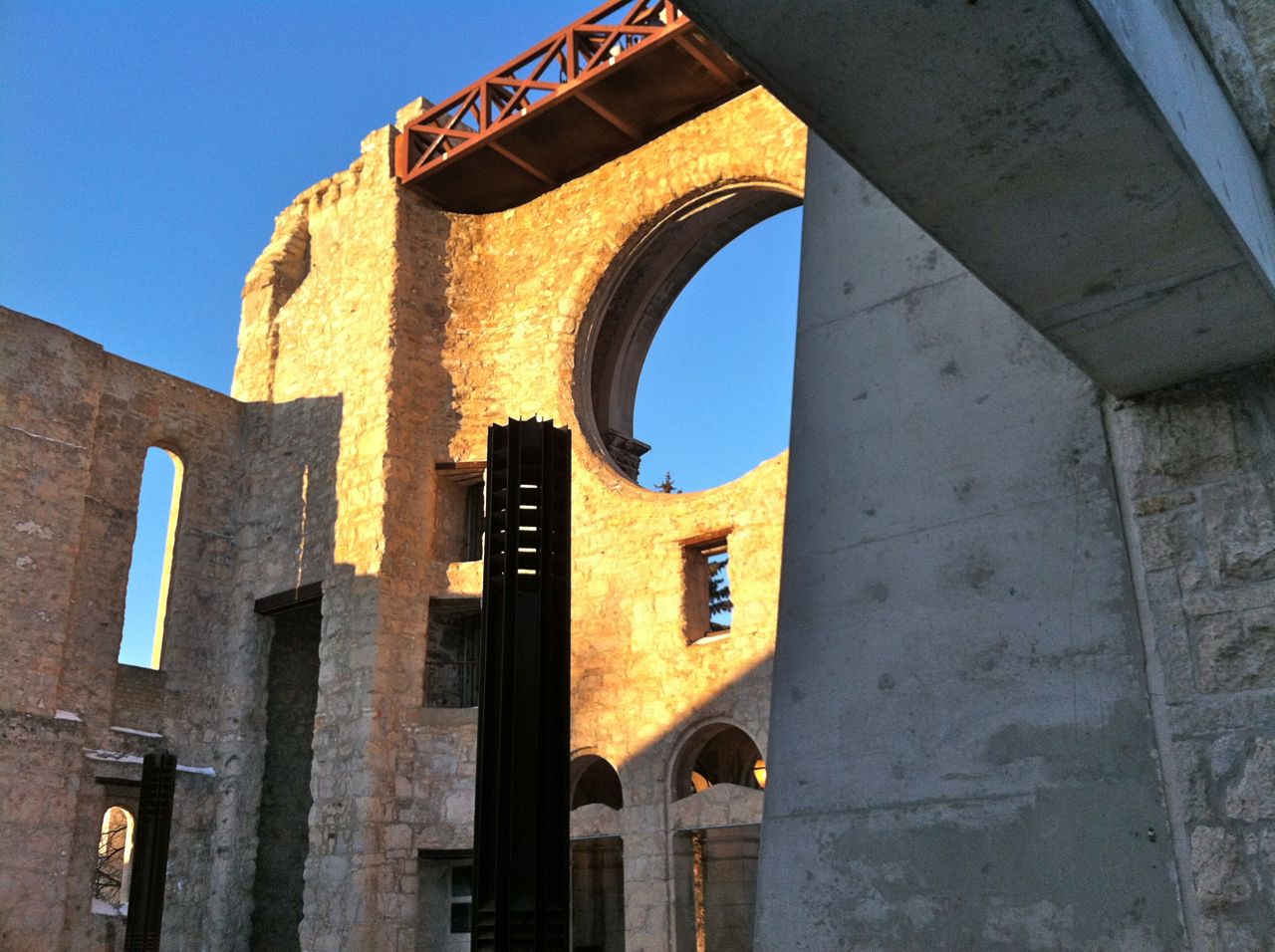 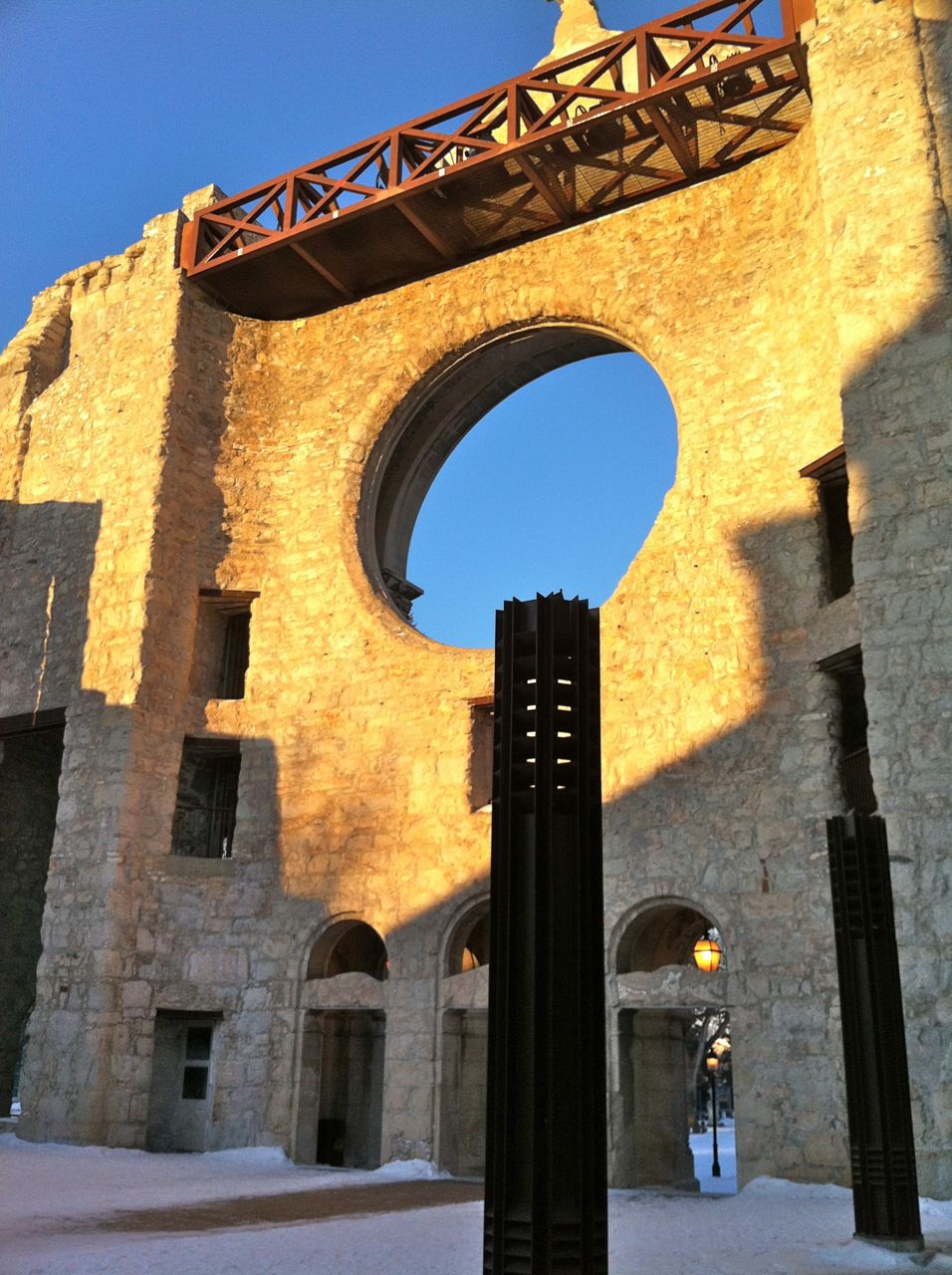 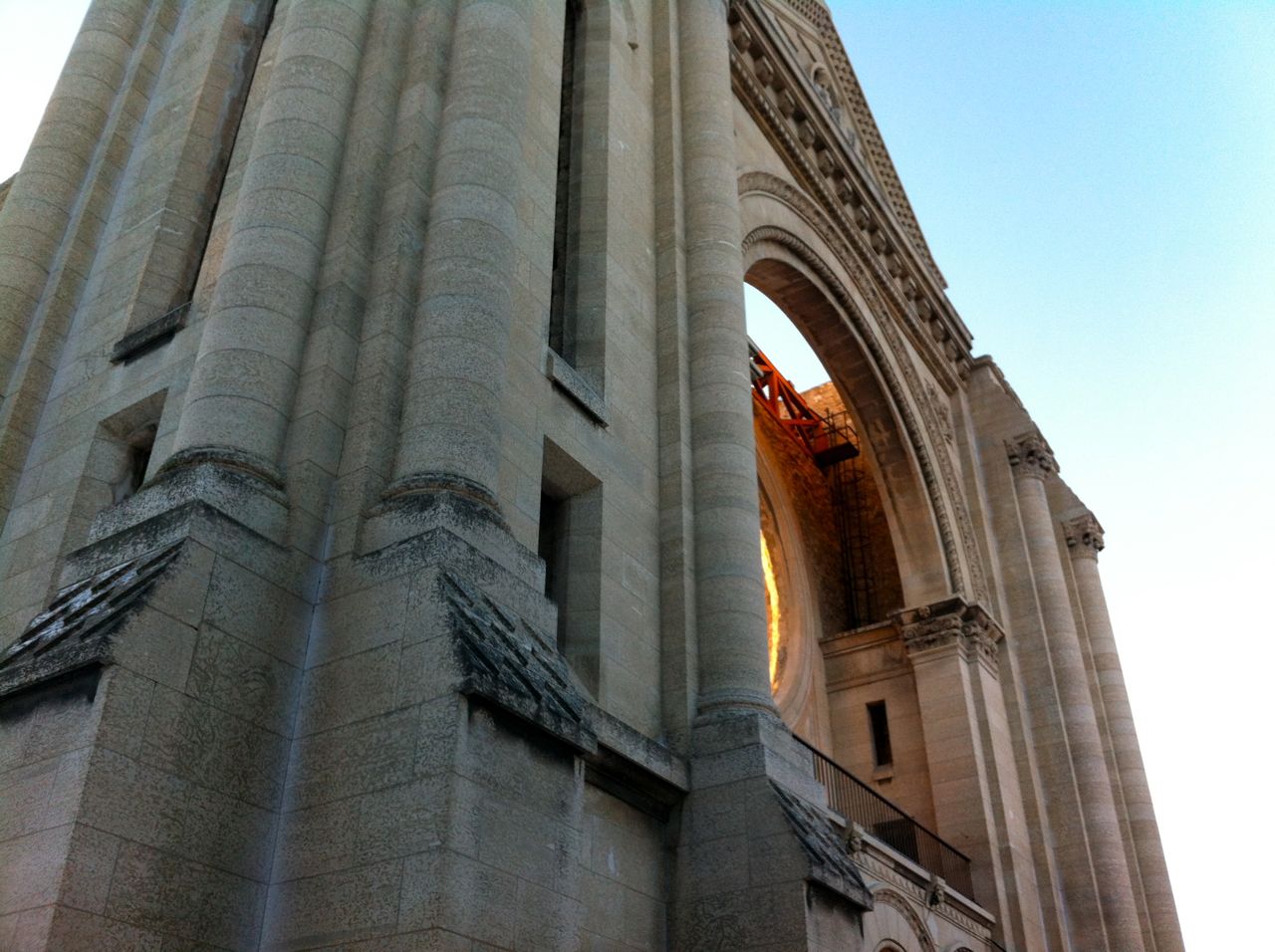 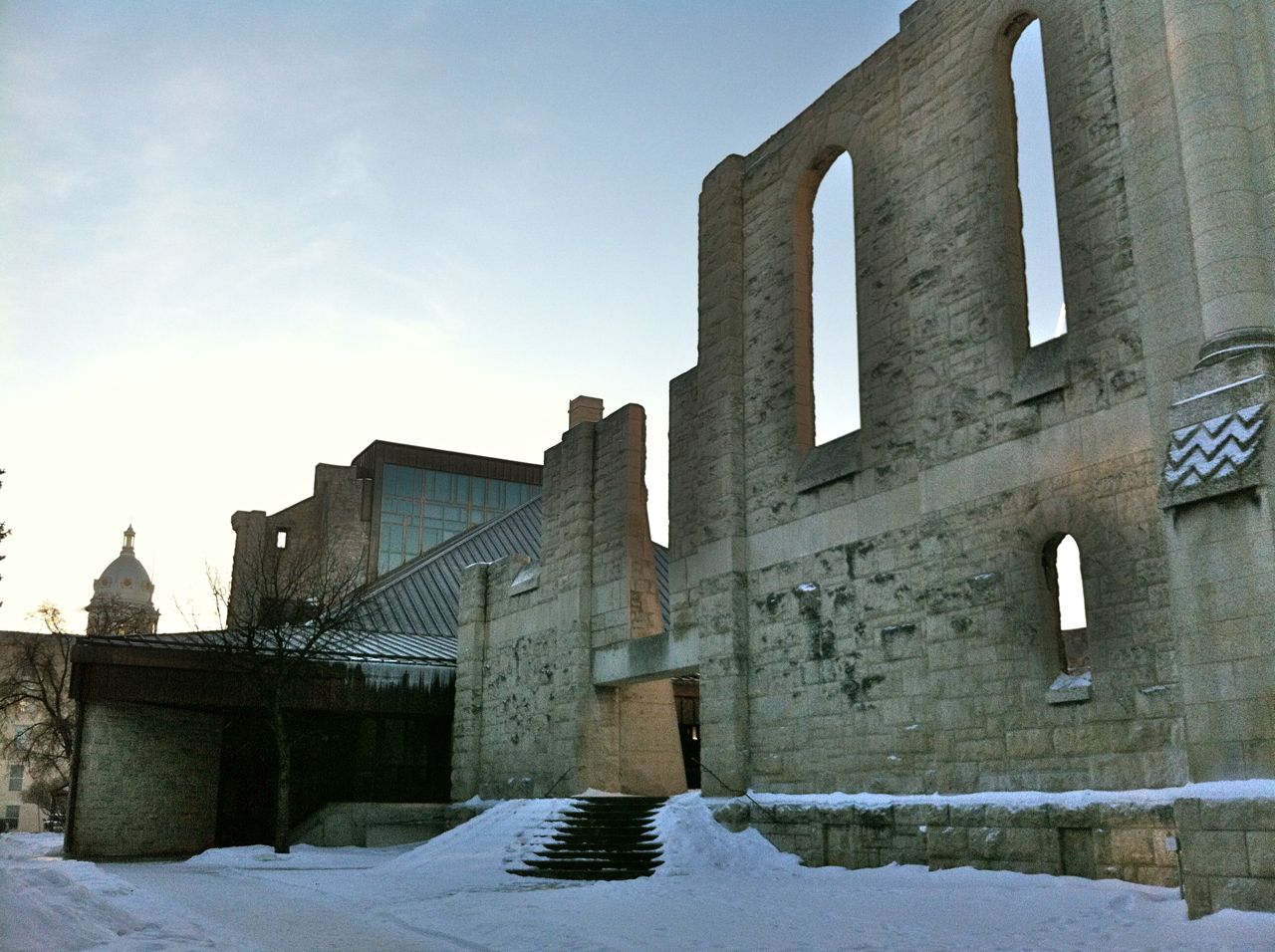 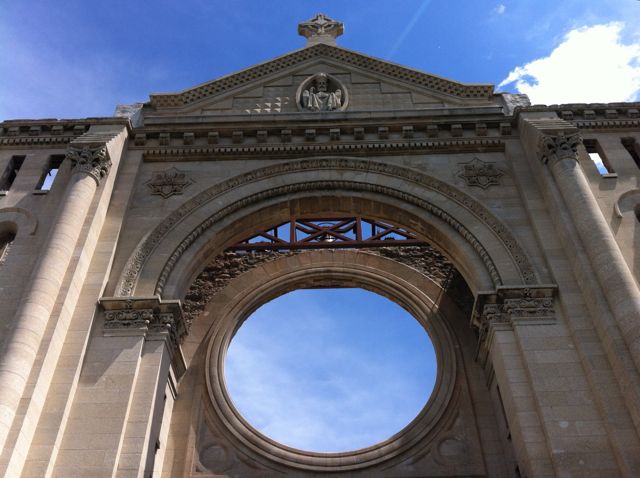 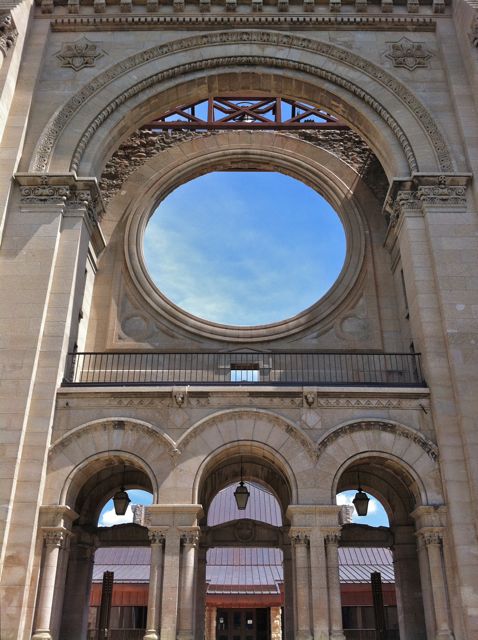 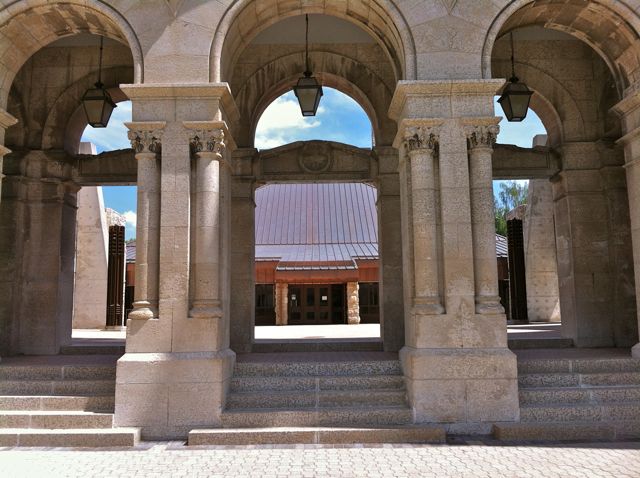 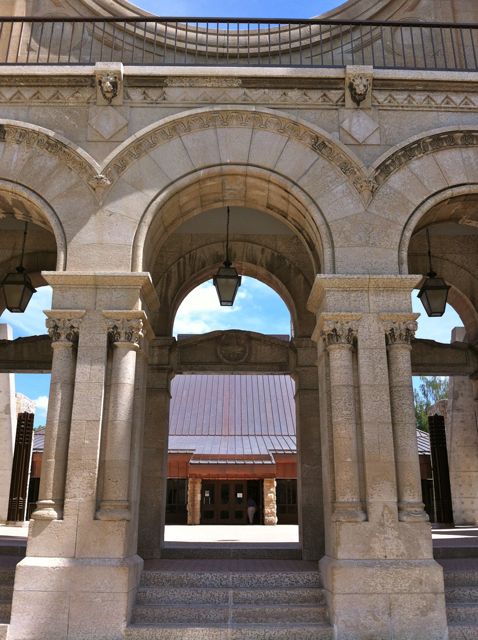 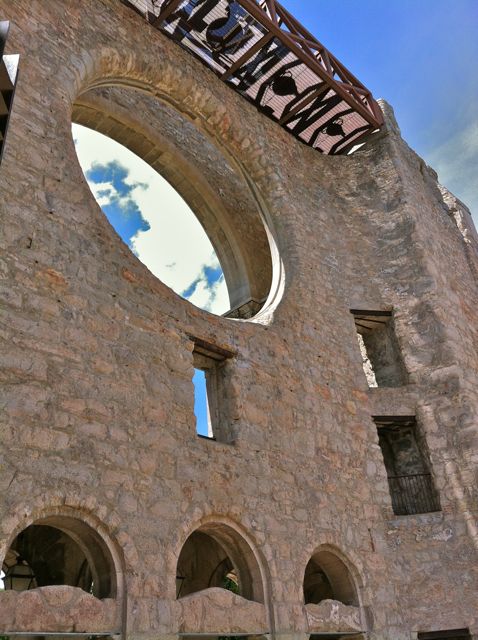 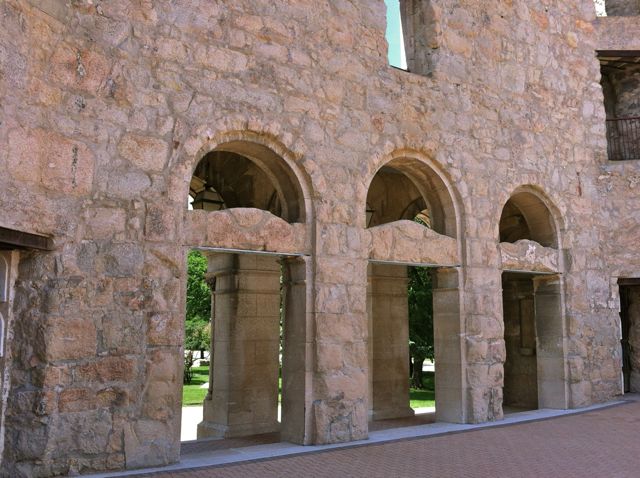 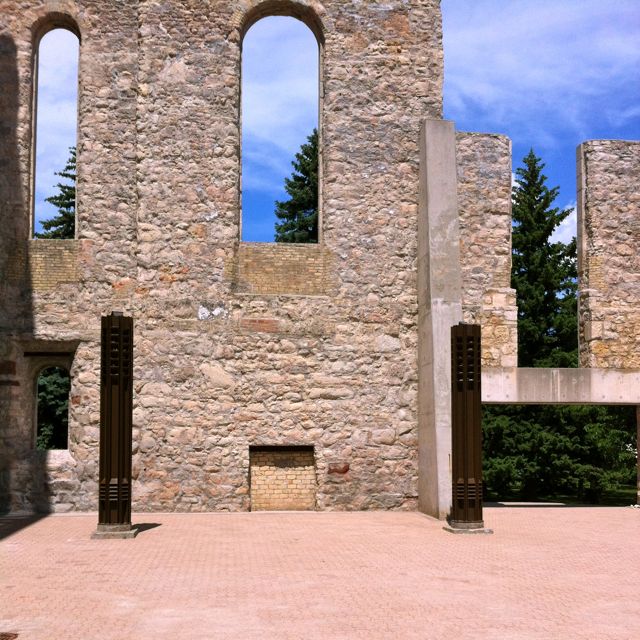 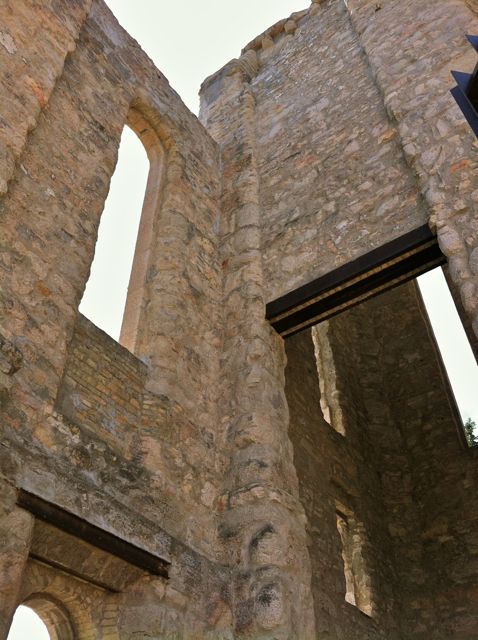 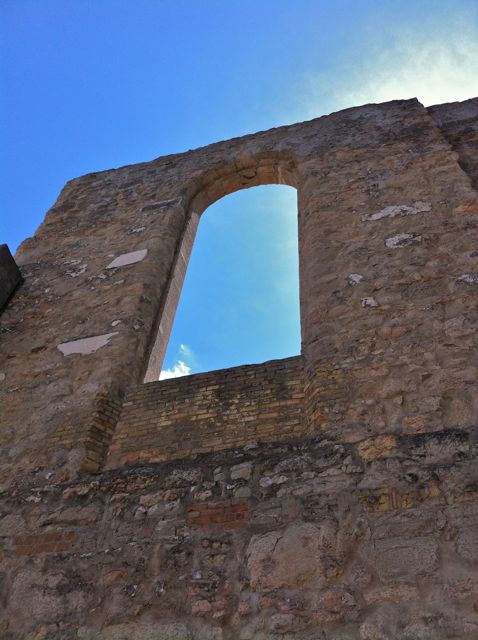 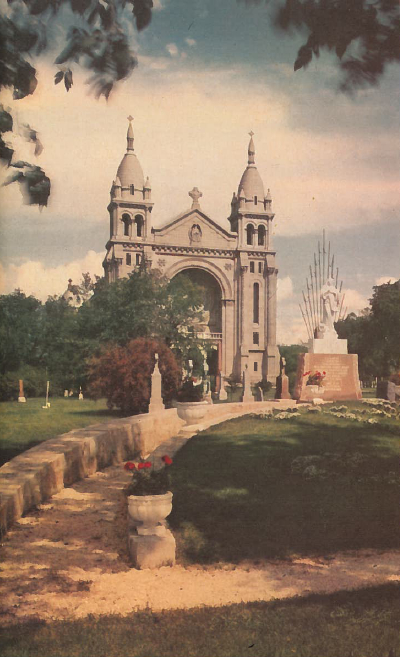 In 1818 Québécois Father Joseph-Norbert Provencher was sent to Manitoba at the behest of local citizens, the Hudson’s Bay Company and Scottish Lord Selkirk in order to found the first permanent Roman Catholic post west of the Great Lakes in present-day Canada at St. Boniface. The church was given the title to a large tract of land to the east and south of the forks of the Red and Assiniboine Rivers to aide their efforts. These endeavours led, in 1818, to the construction of the first church in Western Canada, not far from the site of St. Boniface Cathedral.

The present St. Boniface Cathedral (partially destroyed by fire in 1968) is the descendent of Provencher’s 1818 church. Its façade and walls date to 1905-08. The structure is the third cathedral and fifth church on its site, beginning with Provencher’s humble wood building and progressing to ever more elaborate designs after the diocese was granted cathedral status, in 1847. Replacing a building of 1863, the 1905-08 cathedral was designed by Montréal architects Marchand and Haskell. Its original towers (topped by beehive-like roofs) soared to 150 feet and it sat a congregation of 2,050. Neoclassical in inspiration, the façade of the cathedral features details borrowed from a number of historical architectural styles, including the Romanesque and the Byzantine. It is visually anchored by an enormous arch, a massive round window opening and a triple-arched entryway at ground level.

After the fire of 1968, the reconstruction of St. Boniface Cathedral was led by Manitoba architect Étienne Gaboury. A conscious decision was made by Gaboury not to recreate the previous structure and instead create a new hybrid construction. As the architect stated at the time: “We're not trying to reconstruct the old church, we have these ruins, the burning is part of the church's history and from these a new cathedral arises." Gaboury carefully situated a new chapel within the ruins of the previous building. Both the original cathedral and the 1970s structure share the use of Manitoba Tyndall limestone, while the addition is set apart through its angular shapes and materiality. The new cathedral’s interior, defined by warm wood cladding and a soaring canted roof, continues the dramatic focus of Prairie sunlight found throughout Gaboury’s oeuvre. Notably, this was not the first remodelling of a church space in the architect’s career, recalling his earlier repurposing of a small chapel into his firm’s office only a few blocks away. Gaboury’s choice to leave the remains of the original building in a visibly fragmentary state recalls another prominent project of the post-war years: Coventry Cathedral, in the United Kingdom. This much-publicized work, executed by architect Sir Basil Spence and engineers Arup, saw the maintenance of a 14th-15th century building much damaged by the German Luftwaffe during the Second World War in concert with the erection of a new modern building sharing the same stone material. At the same time, the St. Boniface building maintains its own distinct character, the result of the dramatic design of the original cathedral’s facade in combination with Gaboury’s stylized apprach. To this day the cathedral continues to serve as a striking landmark in the Winnipeg skyline, one whose impressive appearance speaks to its status as the heart of a diocese which once stretched all the way to the Rocky Mountains.