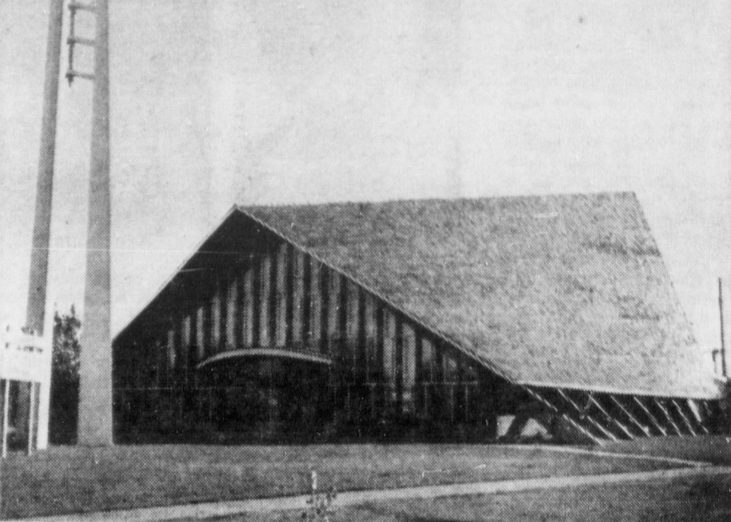 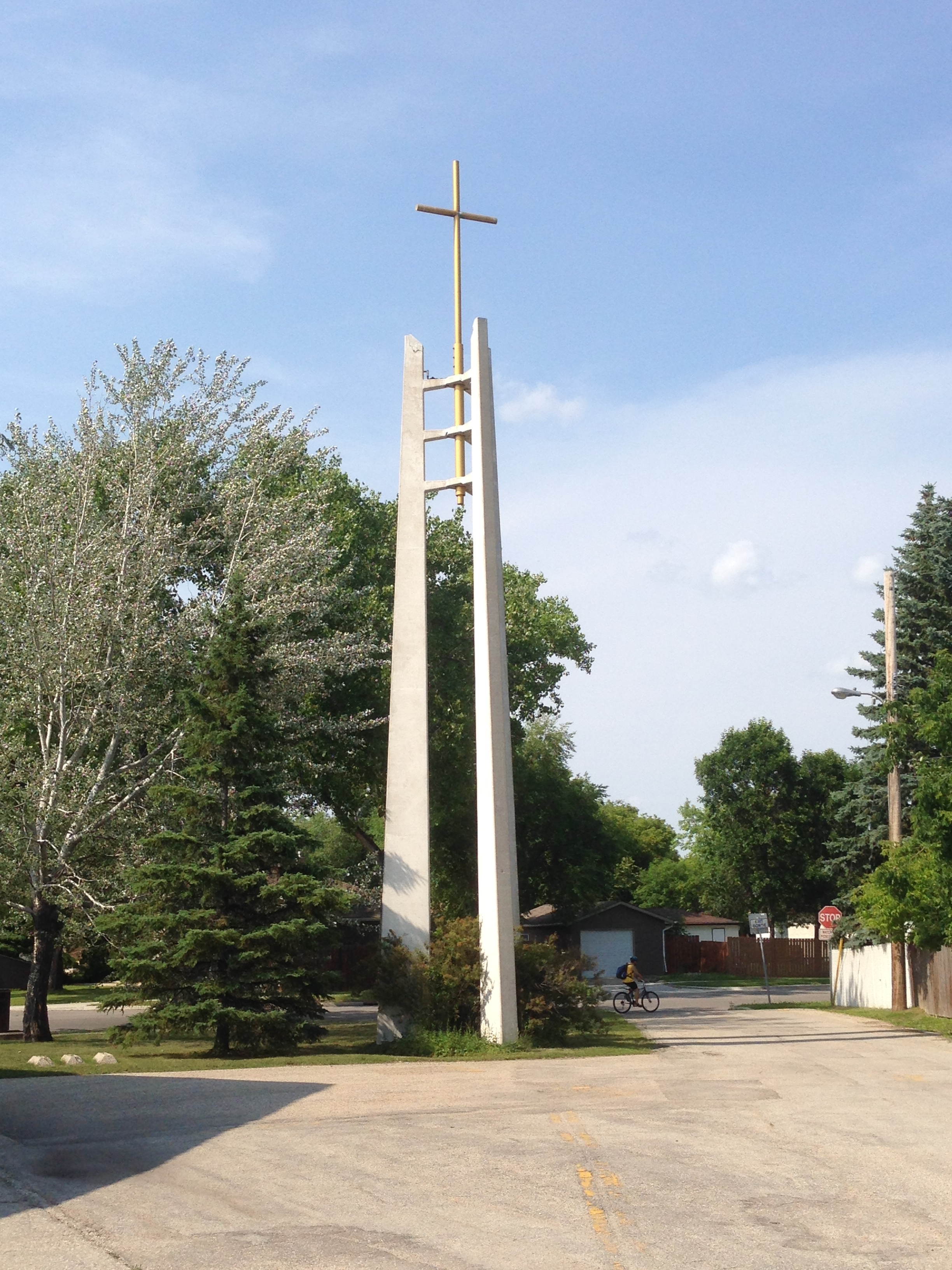 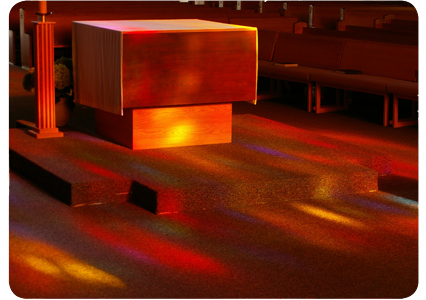 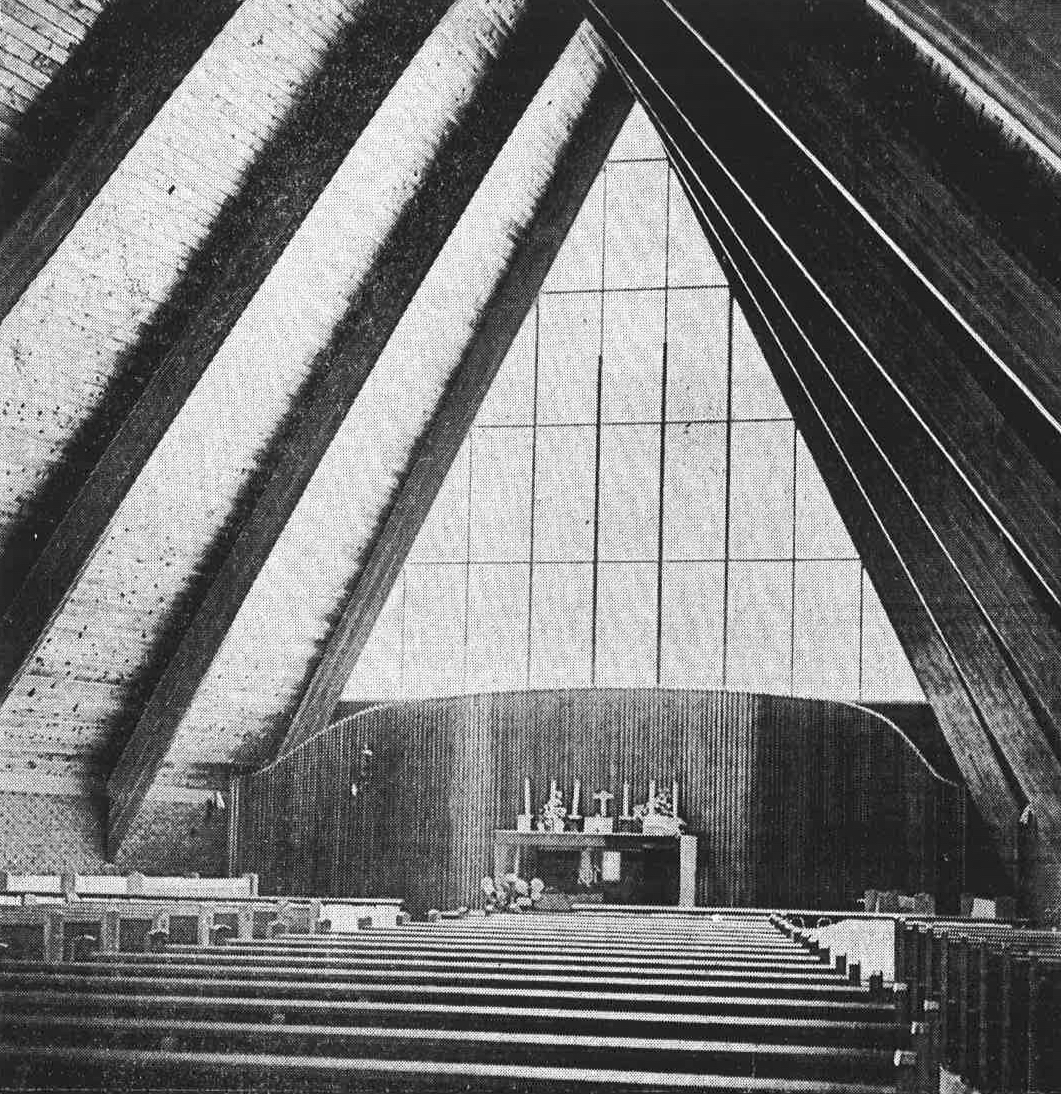 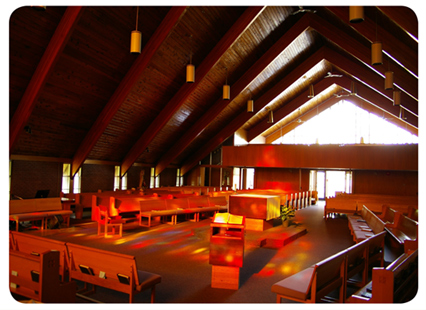 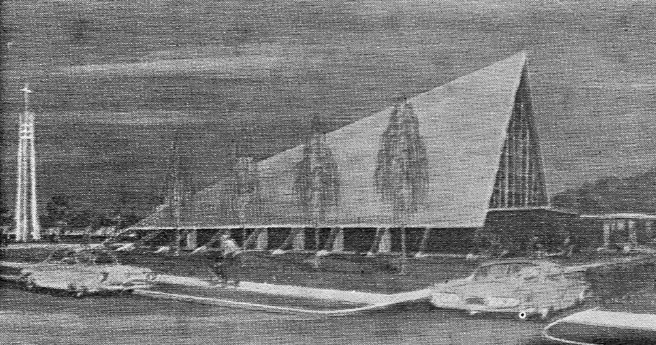 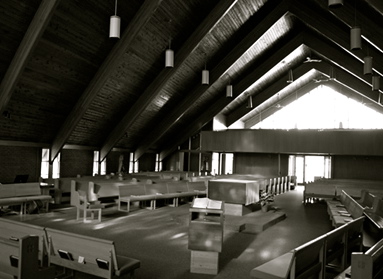 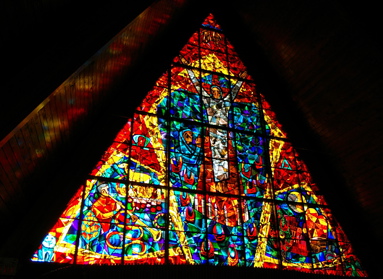 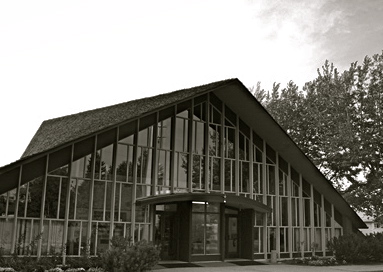 St. Bernadette Parish Centre officially opened its doors on March 12, 1961. It was designed by University of Manitoba professor and architect Roy Sellors, with glasswork by Toronto artist Gerald Tooke and assembly by Westmacott Glass Co.

Compared with other churches of the time, St. Bernadette featured an abundance of light and a more austere interior that, through tasteful use of symbolism, was reconciled with religious tradition.

St. Bernadette is an A-frame design. Its west elevation is tall and slender, descending into a low, wide east facade. The gap between the two sides creates a bowed, curving wall along the north side of the building facing onto Cottonwood Road. The wall is clad with wood shingles, and resembles a monk’s cowl about to slip onto his shoulders. The design embraces structural innovation and experimental materials, driving laminated beams into the ground at sharp angles and carrying their profile into the interior of the church. The concrete foundation, which is raised above grade, draws attention to these anchors along the north and south side of the building.

Sellors was particularly interested in investigating the use of light and form in sacred interior spaces. The Holy Trinity is represented in the church’s large triangular windows, and literally in the stained-glass artwork of the west windows. Framed by curved, teakwood ornamental screens, the west windows feature an emerald bird on the lower right representing the Holy Spirit, a cobalt blue animal on the lower left representing the Lion of the Apocalypse, and Jesus Christ, with outstretched arms, at the top. Conversely, the lower east facade features a decoratively composed partition of wood and glass.

The flood of colour from the stained-glass window is interrupted by only the simple amber wood tone of the interior, with composite wood joints anchored by concrete piers, some of which are freestanding. As a churchgoer approaches the altar on the west side, the roof rises, symbolizing the abandonment of daily cares as their thoughts rise upwards. The black granite altar, which weighs six tons, required 2 ½ days to move from the back of the church to the front.

An addition that serves as a parish centre was completed on the south-west side in 1993. The parish centre features a modest pitched roof, as well as a red-brick exterior that is consistent with the colour and texture of the original church.