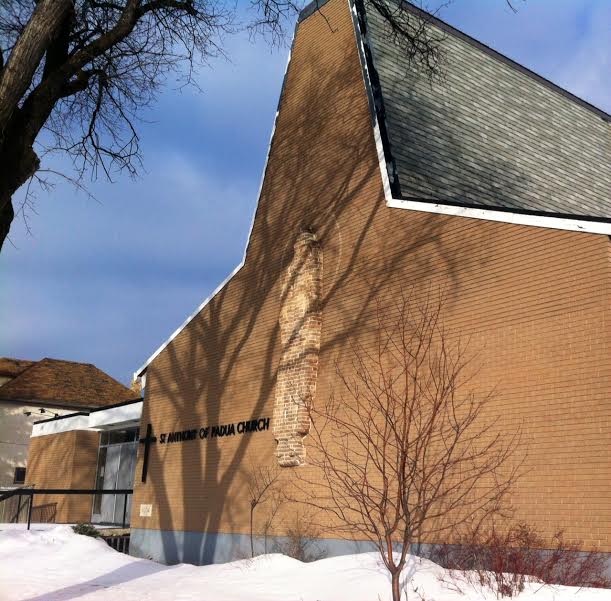 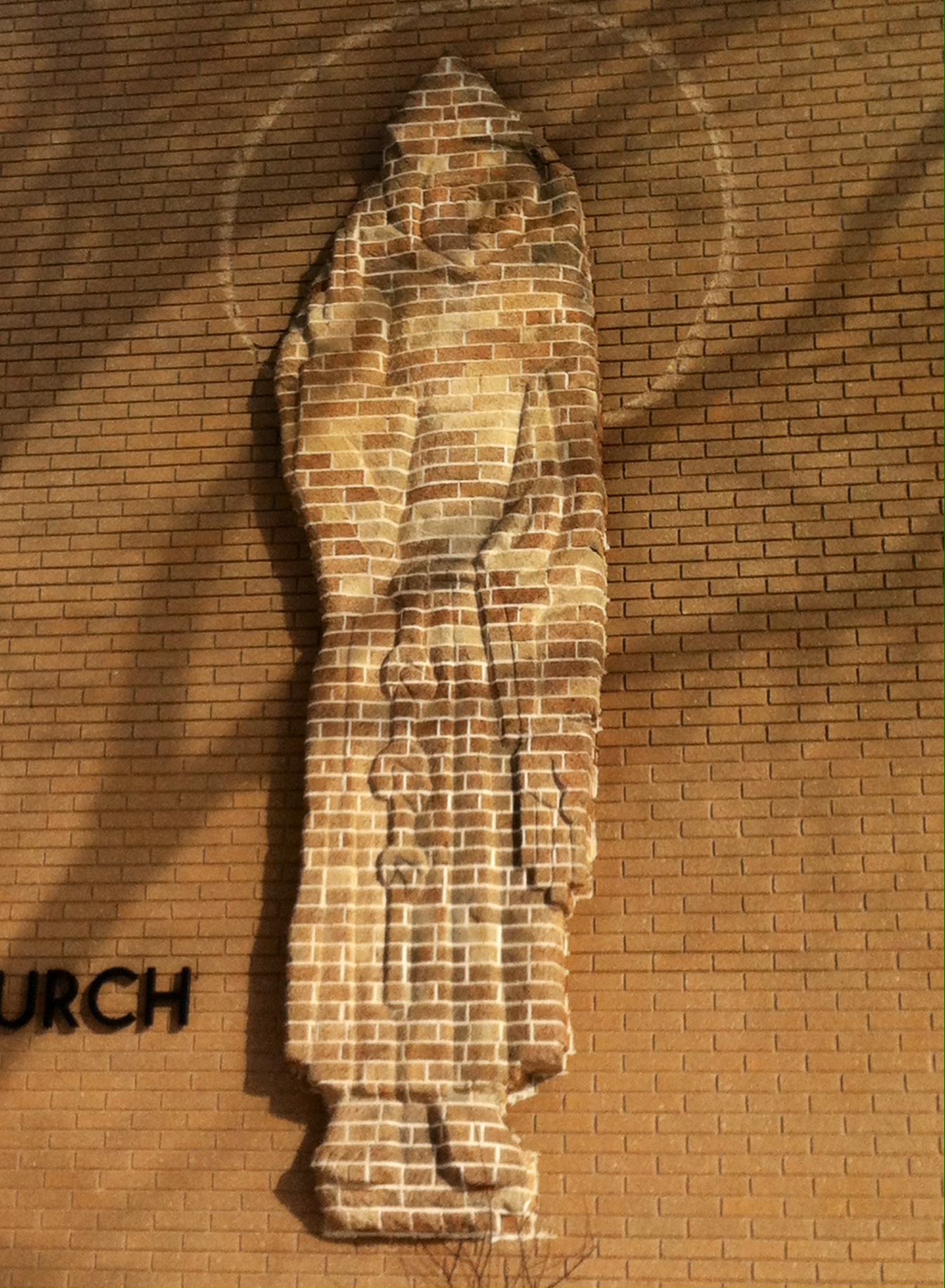 St. Anthony of Padua Church (Hungarian), at 365 Burnell Street, was opened and dedicated on December 20, 1964. The church’s architecture is modernist, with spare detailing, a flat-roofed entry and office space, and minimal material palette. The church is a composition dominated by the angular form of the chapel. Clad overall in taupe-toned brick, the structure is lent dynamism and interest by the carefully wrought projecting sculptural depiction of St. Anthony on the main (west) facade, which was created through the imaginative use of brick more rough and rustic than that used elsewhere on the building.

More than 500 people attended the church’s dedication, which featured a consecration by Cardinal Flahiff. The high turnout demonstrated St. Anthony of Padua parish’s close links to and appreciation by Winnipeg’s Hungarian community. Winnipeg, where Canada’s first Hungarian newspaper was published (in 1905) has long had an active Hungarian community. The city’s first Hungarian Catholic Community was established in 1924; five years later the Society of Sacred heart formed under the leadership of Father Stephan Soós. In March 1950, the parish community began holding regular church services at Our Lady of Fatima Church on Main Street. That same year, the parish community purchased a small protestant chapel on Burnell Street at the site of the current church. Attendance grew substantially following the Hungarian Revolution of 1956 and the arrival of a large group of Hungarian immigrants in Winnipeg. The creation of the church was led by Father Szerénus Szabó.