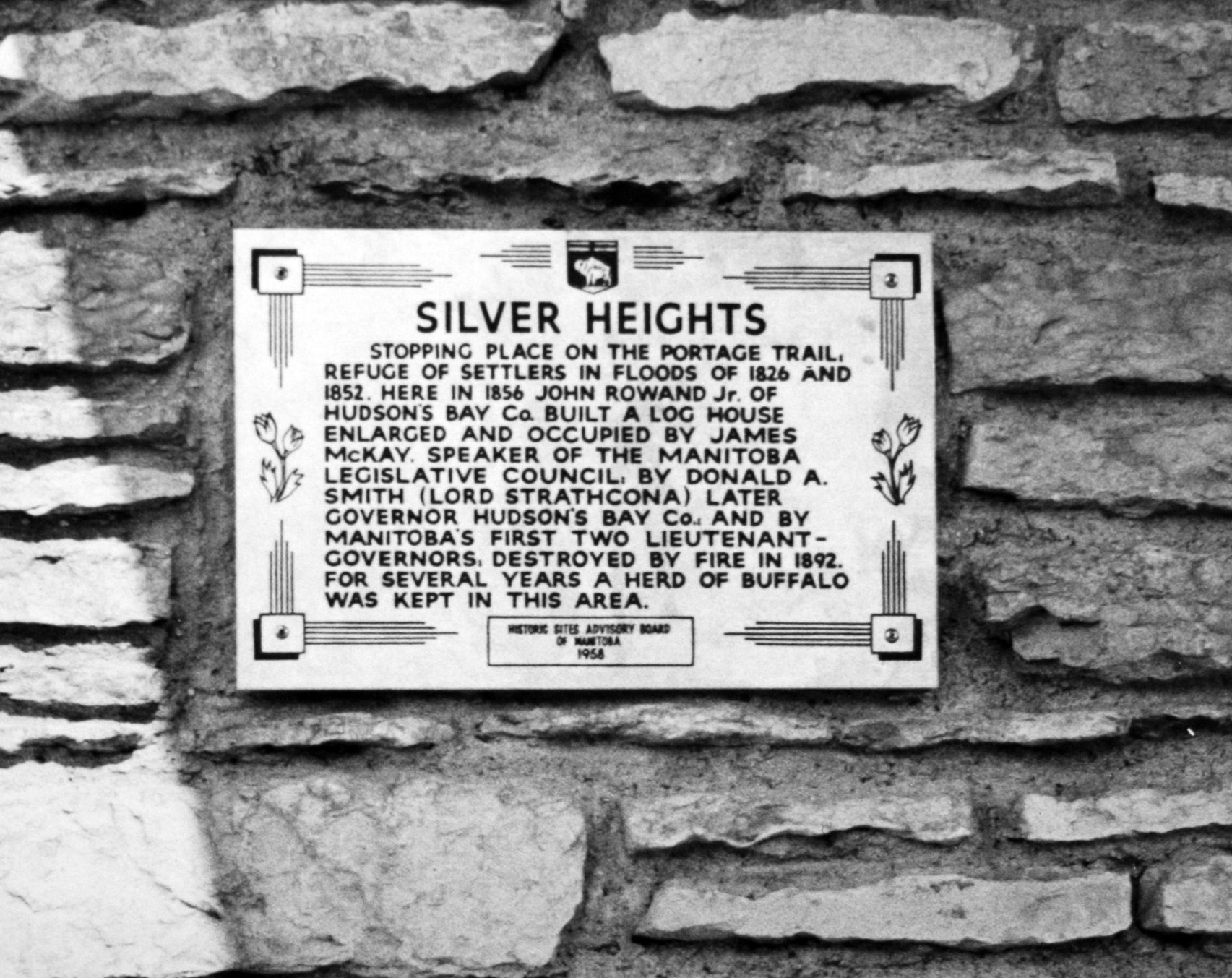 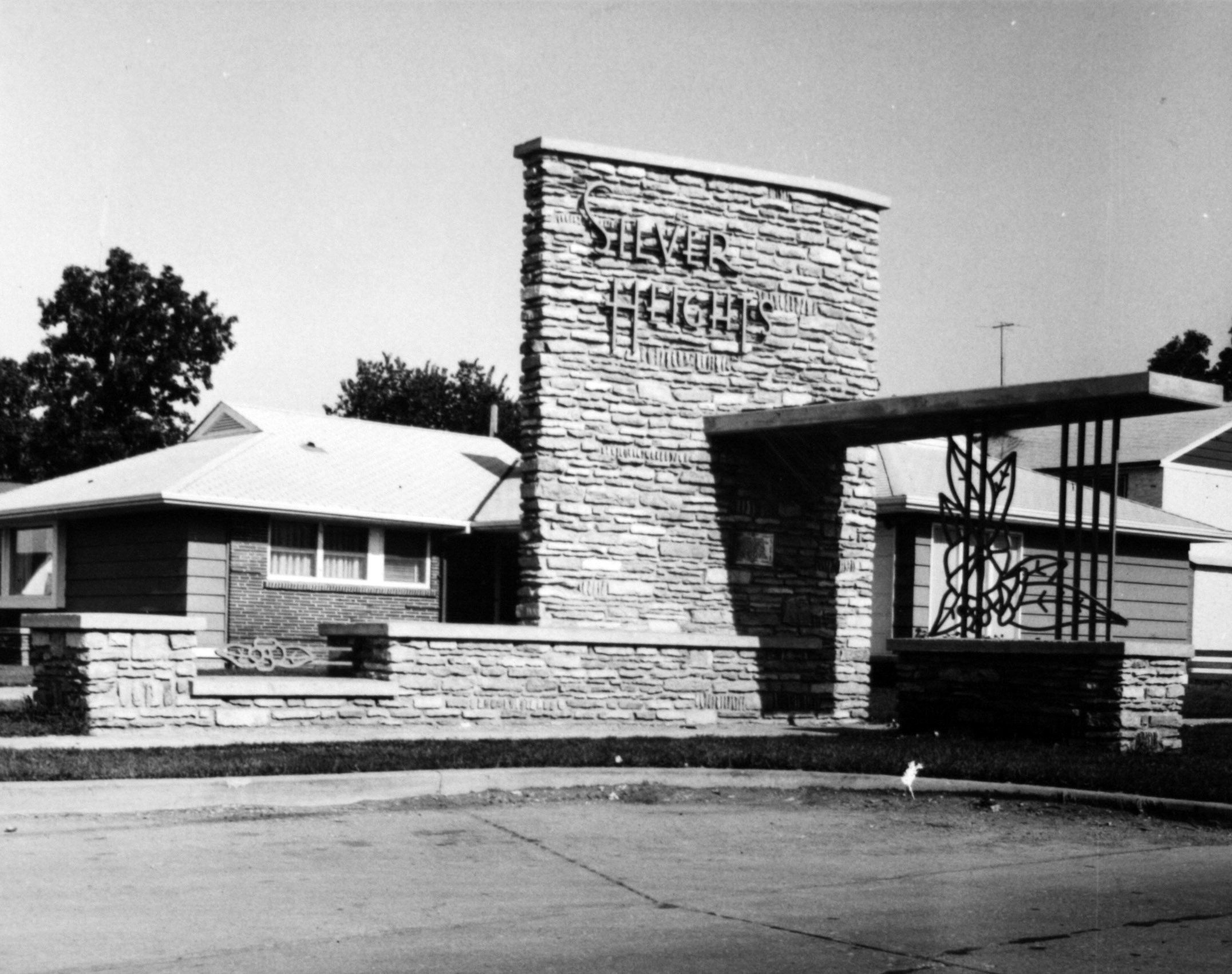 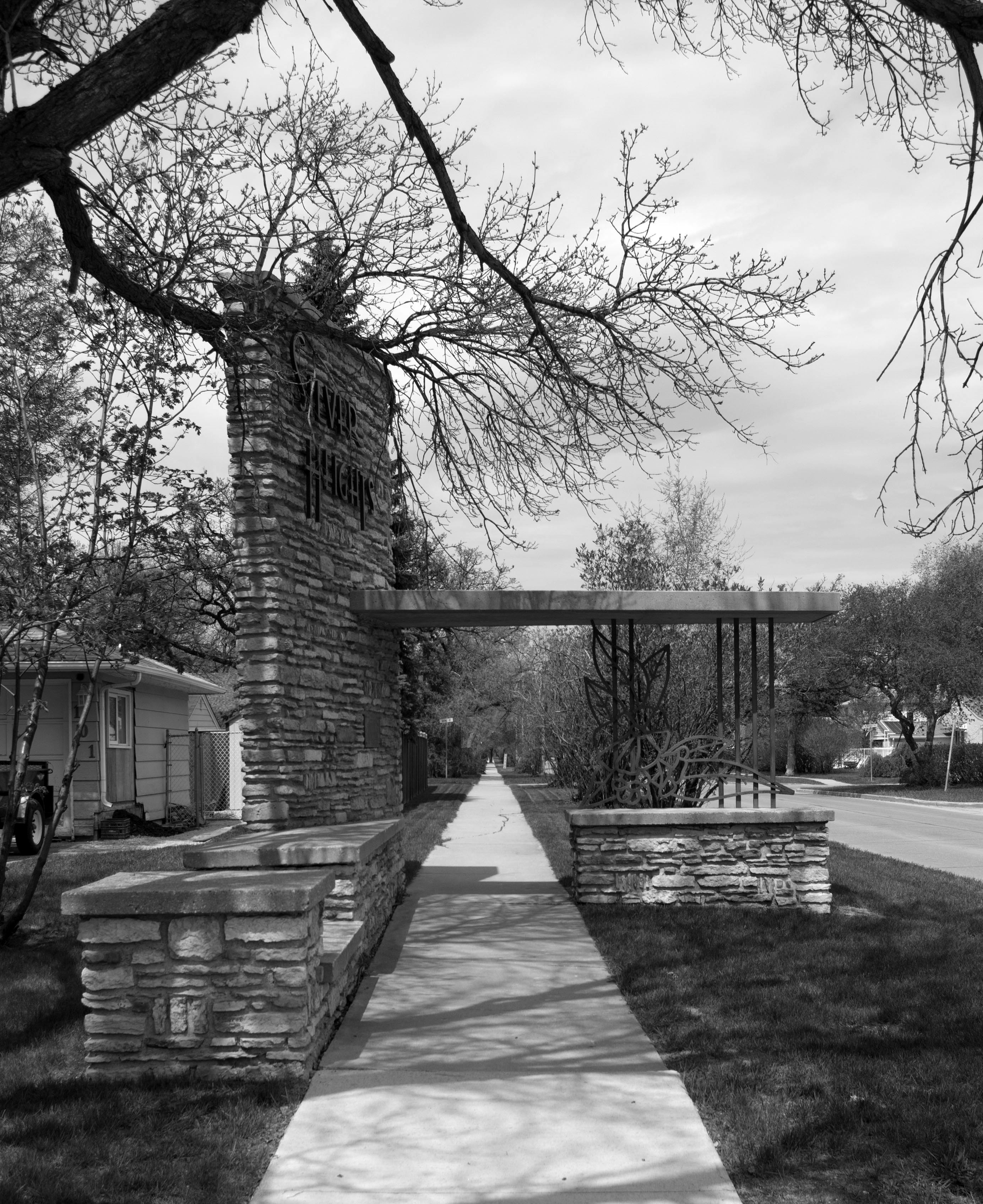 Between 1950 and 1951 the Lount Company constructed an entrance gate along Mount Royal Road, at Traill Avenue. The gate is a series of rough-hewn, randomly patterned limestone-clad rectangular masses, functioning as both signage, ‘gate’ and seating. The limestone was quarried north of the city in Stonewall and was used as a veneer in a number of Winnipeg buildings, including the Lount-designed Winnipeg Clinic (1947) at 425 St. Mary Avenue. The two feet high pillars are capped by concrete slabs and accented with wrought-iron work in a crocus flower pattern.

The largest of the structures is a 15-foot high pillar, set a few degrees askew of the north/south axis, with a wrought-iron sign reading Silver Heights in capital letters set in a period font. The horizontal surfaces are similarly capped with concrete, and another decorative wrought-iron piece (also of Manitoba’s floral emblem, a crocus and its foliage) supports the east section of the ‘gate’.

Attributed to W. D. Lount, the gate is noted to be the most elaborate marker in the City of Winnipeg since the construction of the Armstrong’s Point Gates in 1911 and when compared, illustrates the shift away from traditional pillar-style gating. (City of Winnipeg, Historic Buildings Committee Report) An Historic Sites Advisory Board plaque was erected beneath the arch of the gateway on 28 April 1958, and in 1995 the gate became a Grade III Municipally designated site.