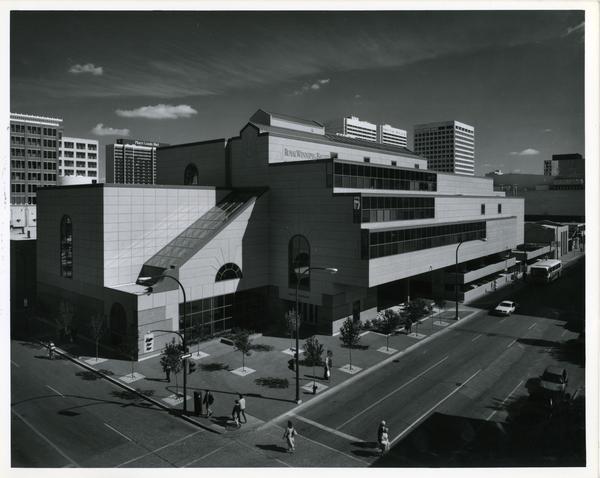 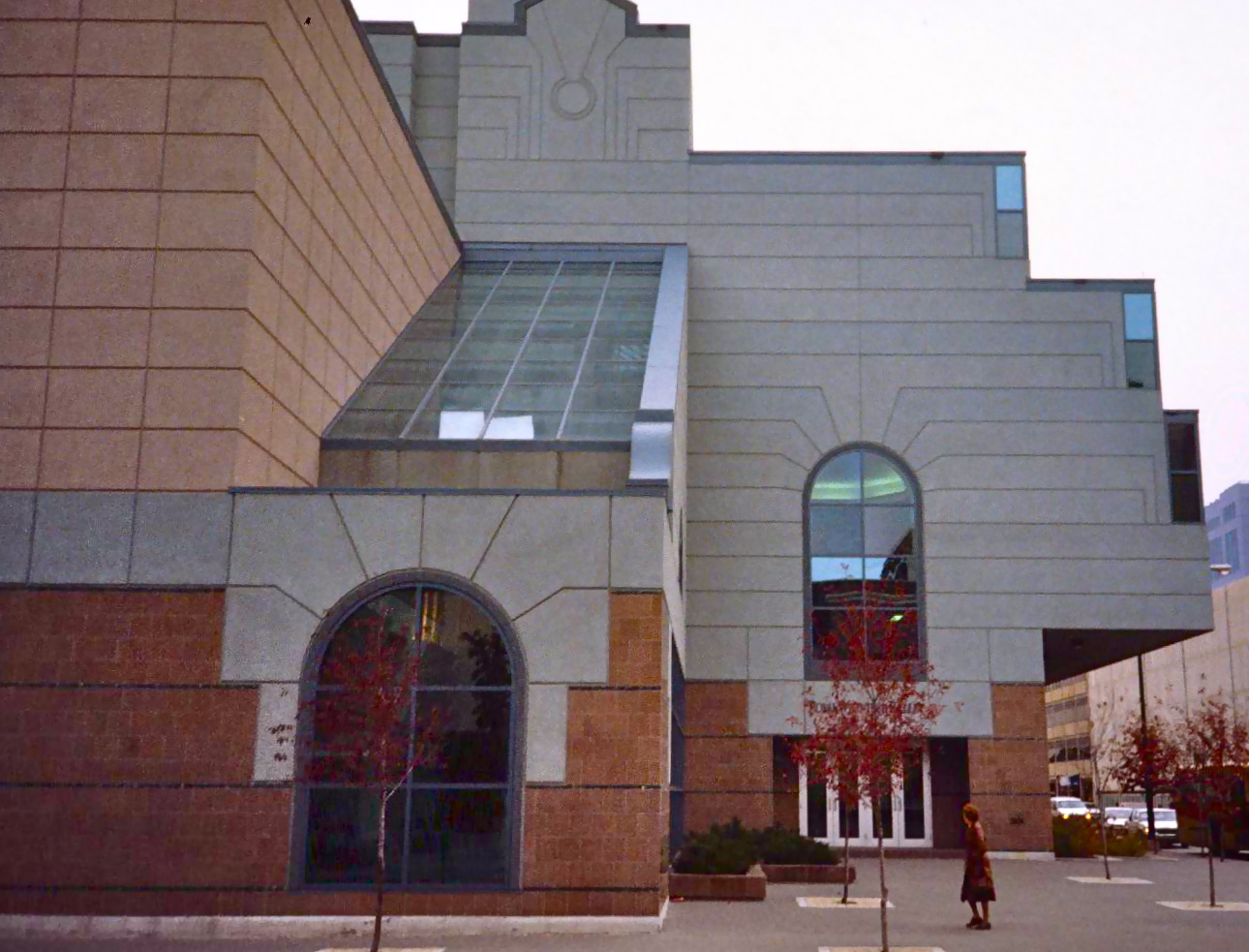 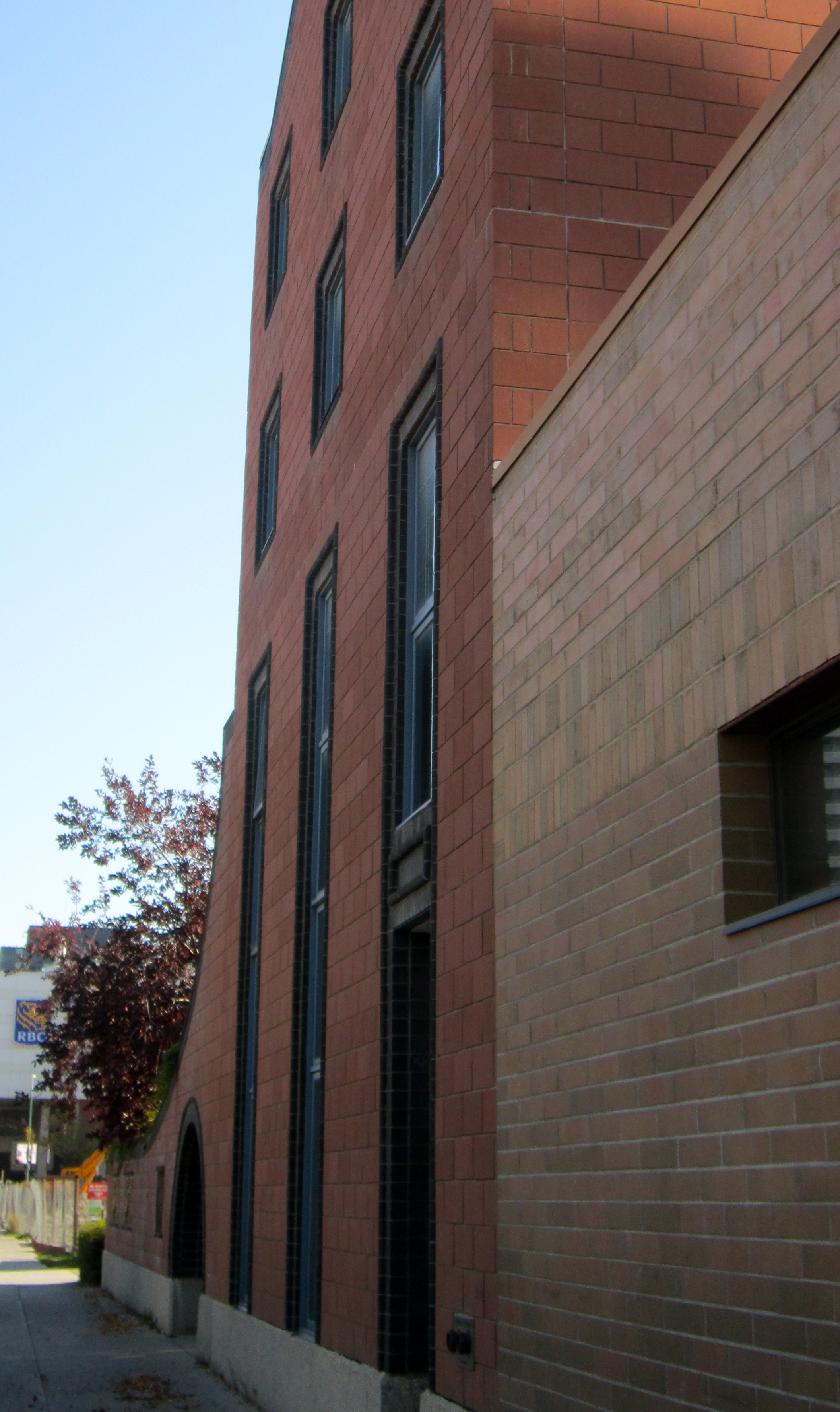 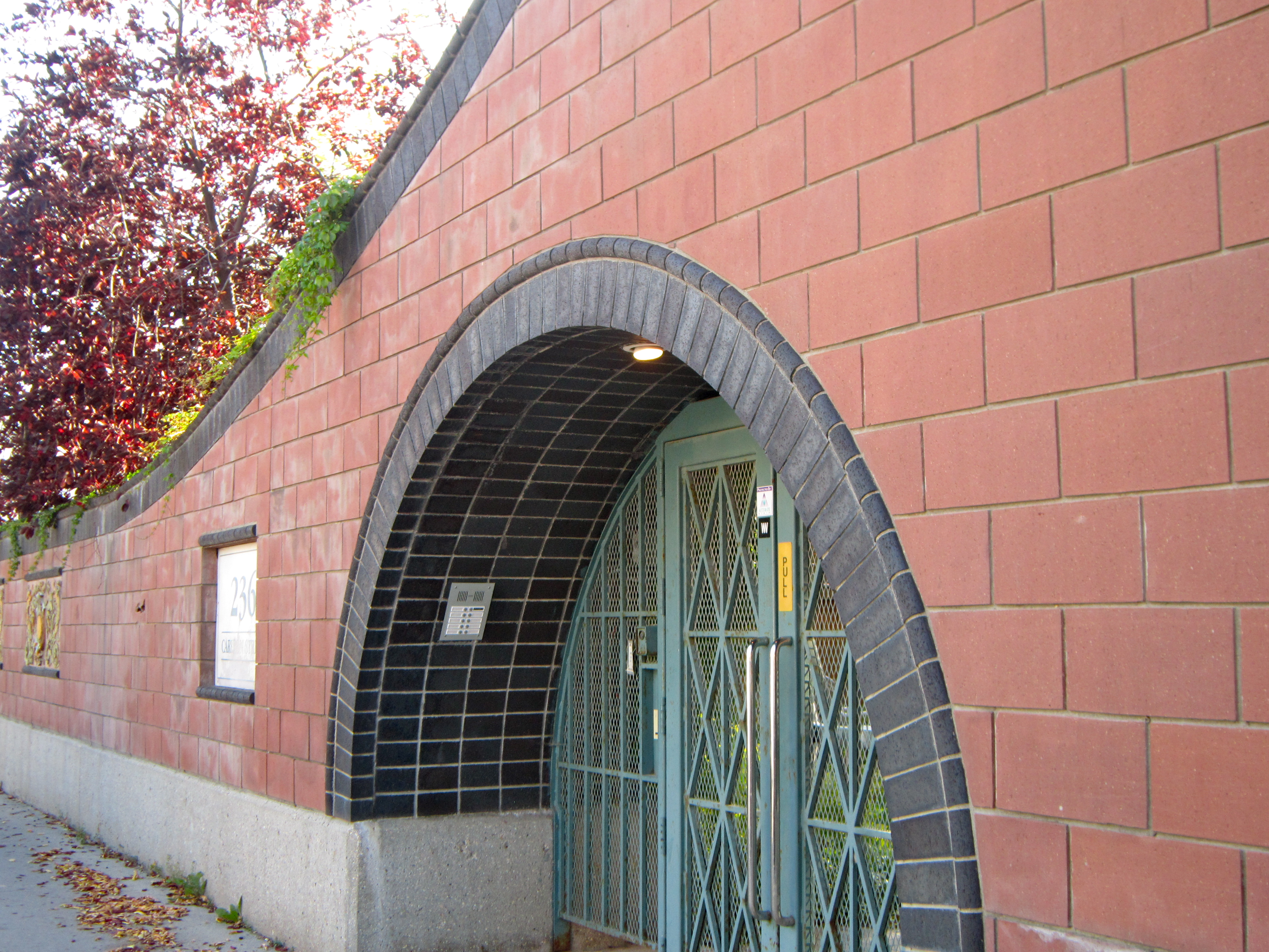 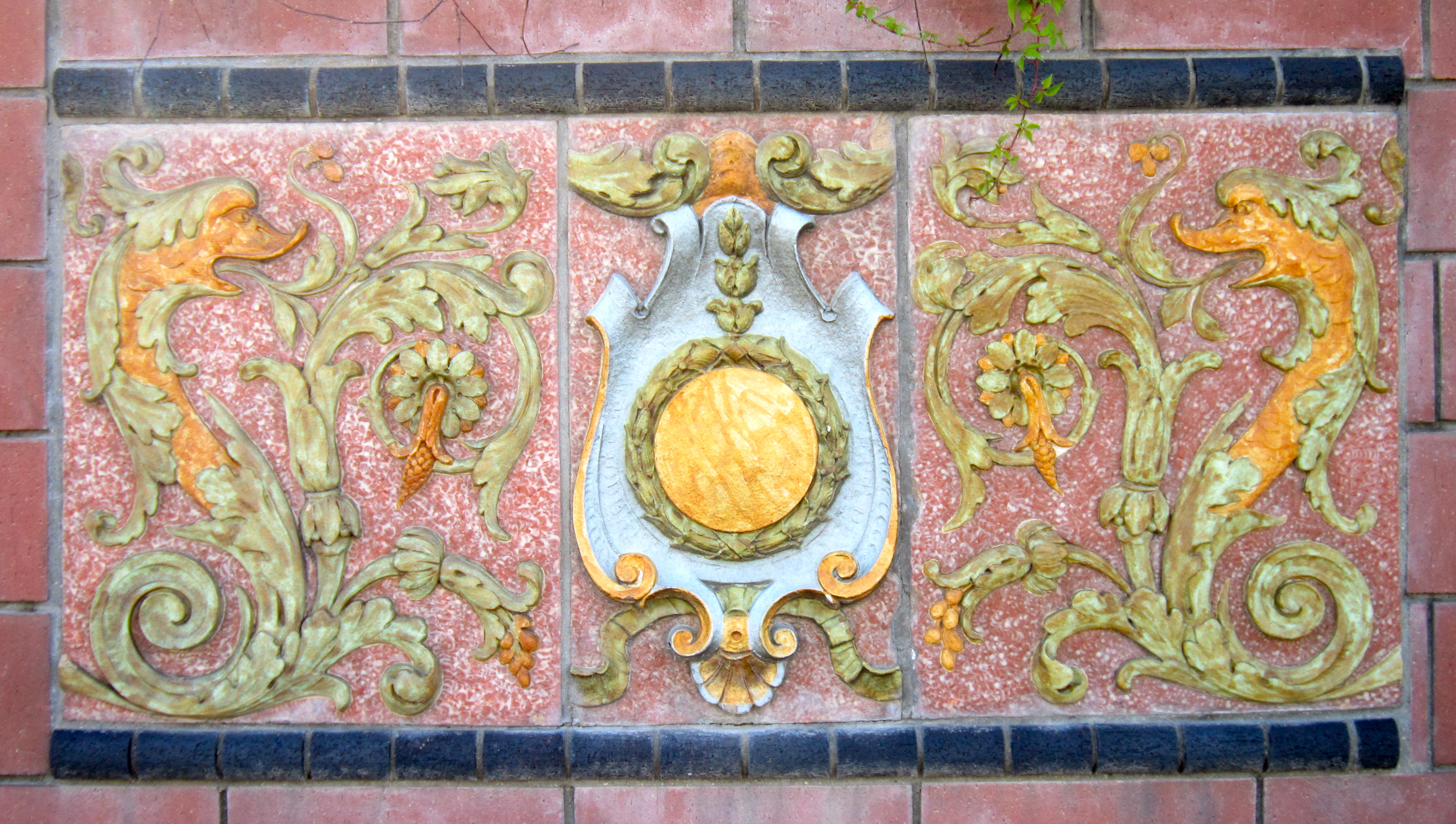 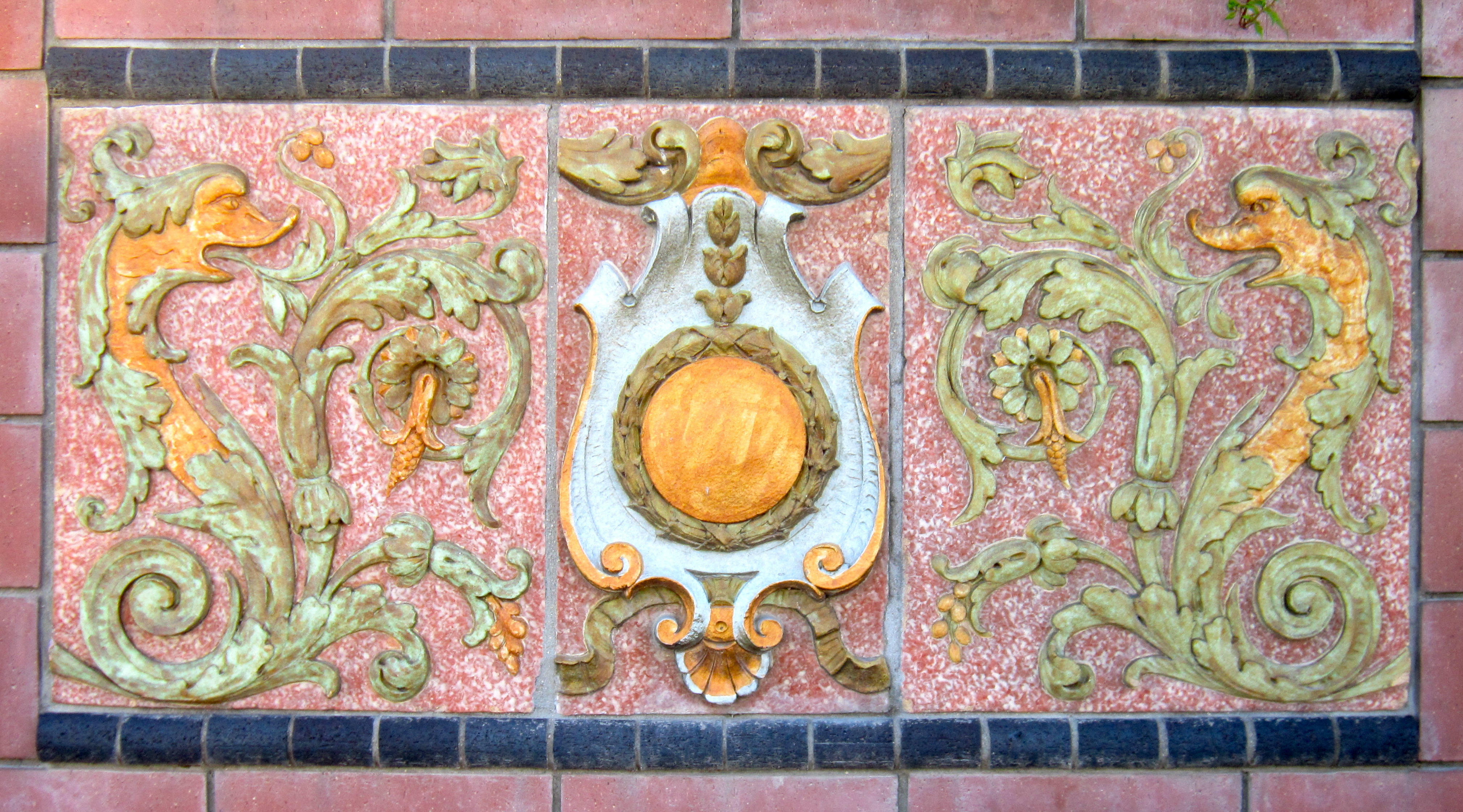 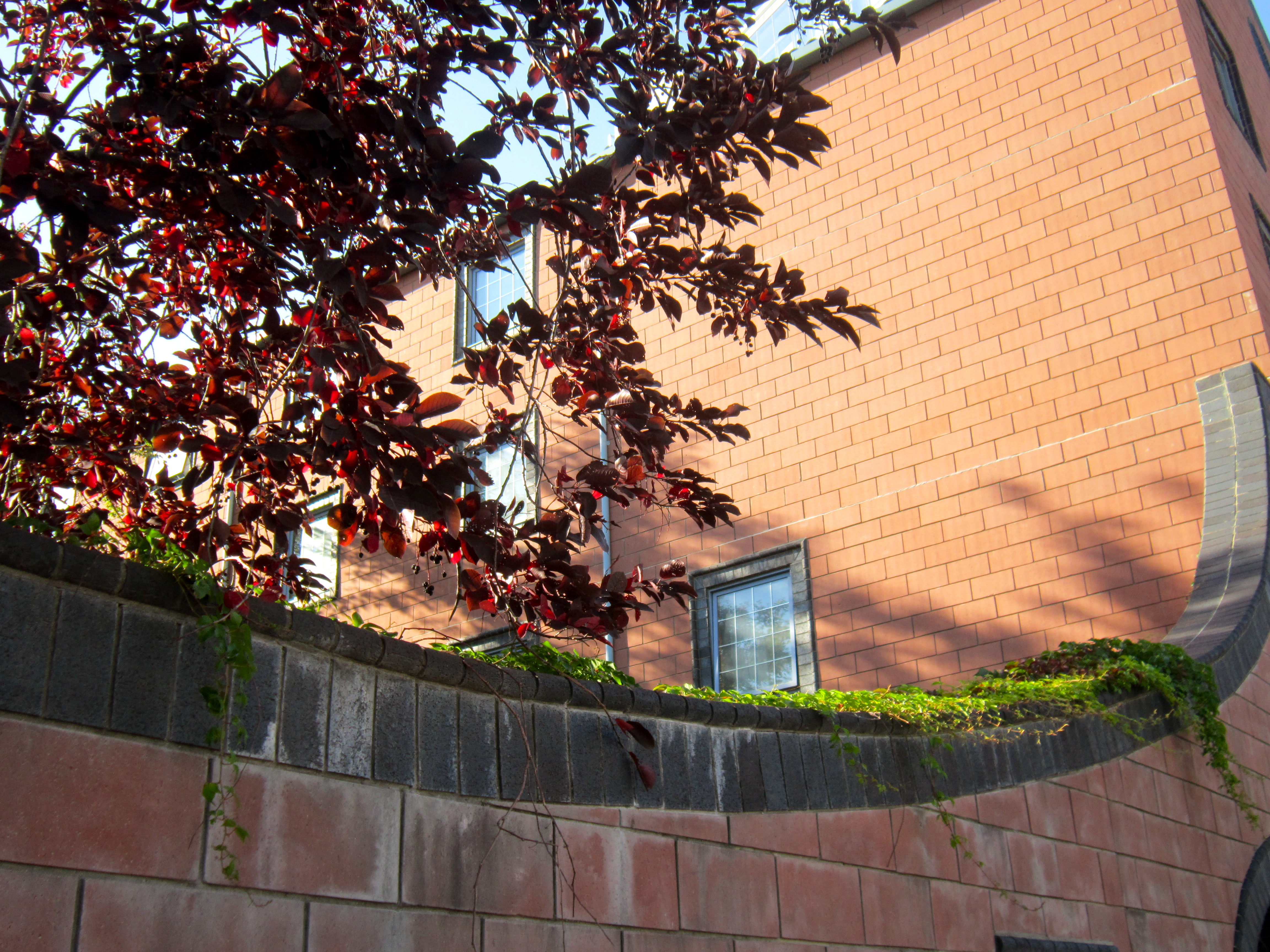 The Royal Winnipeg Ballet has been in existence since 1939. A permanent home for the ballet had been sought as long ago as the mid-1960s, when a location opposite to the Centennial Concert Hall off of Main Street was discussed; this location would have put the ballet within the civic and centennial area developed during 1960s and 70s. By the 1980s the ballet and its school was still in need of a new building. Stecheson Katz's design for the ballet was of its period: a decisively post-modernist take. The building employs an eccentric approach to its use of elements drawn from traditional architecture including inscribed linear motifs that harkening to the classical, arched windows, triangular pediments and an artistic use of shades of dusty blue and burgundy. A long, skylit, atrium defines the interior; a second large skylit atrium space faces northward to Graham Avenue. The the right of the main door, a stepped wing with a strong horizontal axis overhangs Edmonton Street, covering the ballet’s parking garage. A later addition, also by Stecheson Katz, abuts Carlton Street: an L-shaped building which also alludes to tradition construction with its gabled roofline, window arrangement and burgundy masonry. A walled garden takes up the rest of the site, faced by a small glass atrium at the intersection of the addition’s wings. It is entered via the building or through a decorative archway along the sidewalk; within the wall are housed terra cotta panels from the now demolished Crescent Furniture Building. Matching panels can also be found at the Pantages Theatre, The Forks Market and Portage Place Shopping Centre.