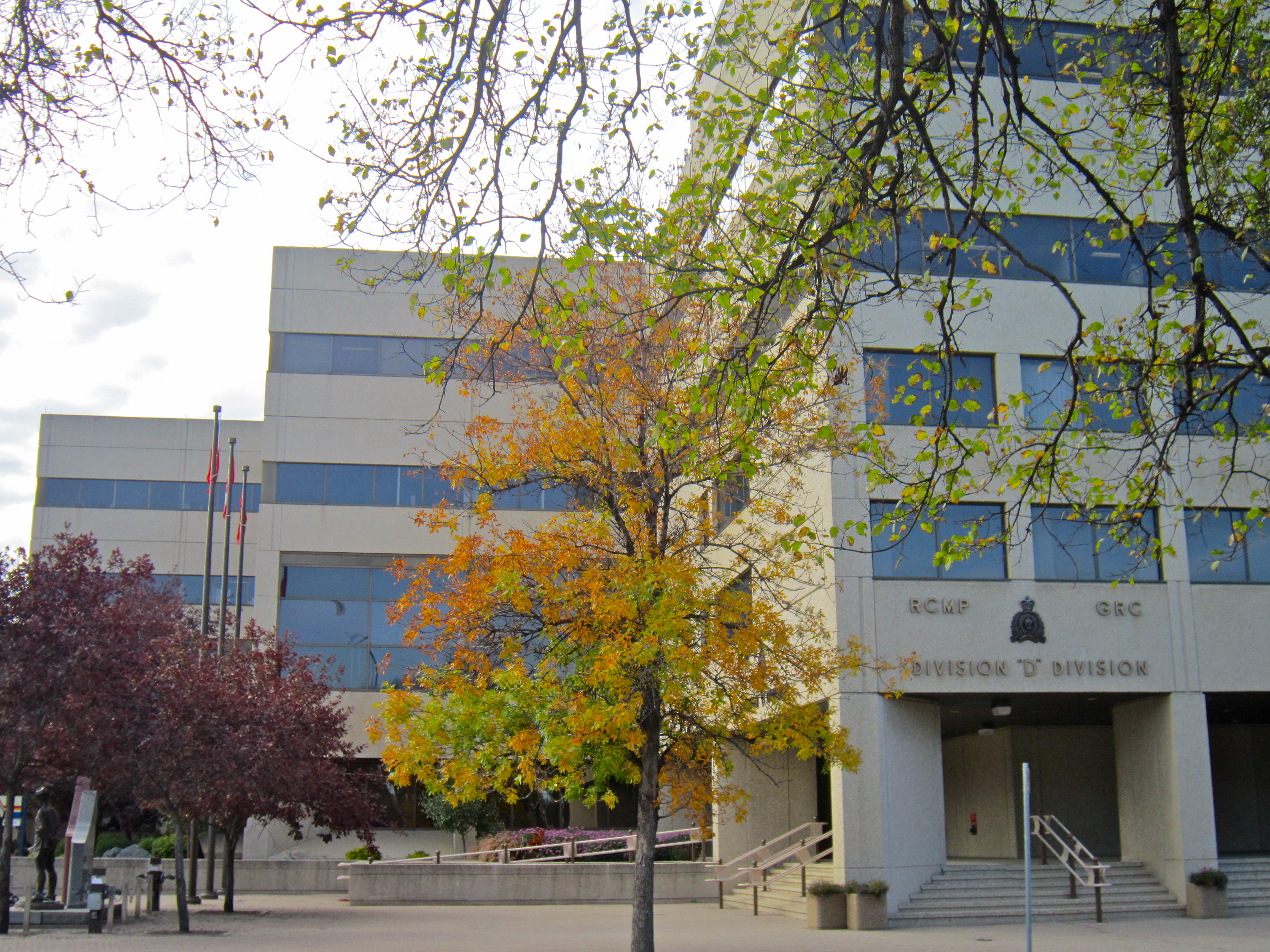 The grand opening of this police facility was 31 May and 1 June of 1979. A previous Royal Canadian Mounted Police occupied building stood at the same site, that one originally constructed in 1927 as a home for the Salvation Army's William Booth Territorial Training College and occupied by the RCMP in 1932. The cost for the 1979 building was originally estimated to be $12 million. It was the first federal building in Winnipeg to incorporate all of the federal government's energy conservation requirements. Descriptions of its design touted the presence of an inner courtyard enclosed by a raised roof glassed on two sides. Underneath of the structure is a large enclosed parking area. Inside 1091 Portage Avenue was built to house living and cell accommodations.