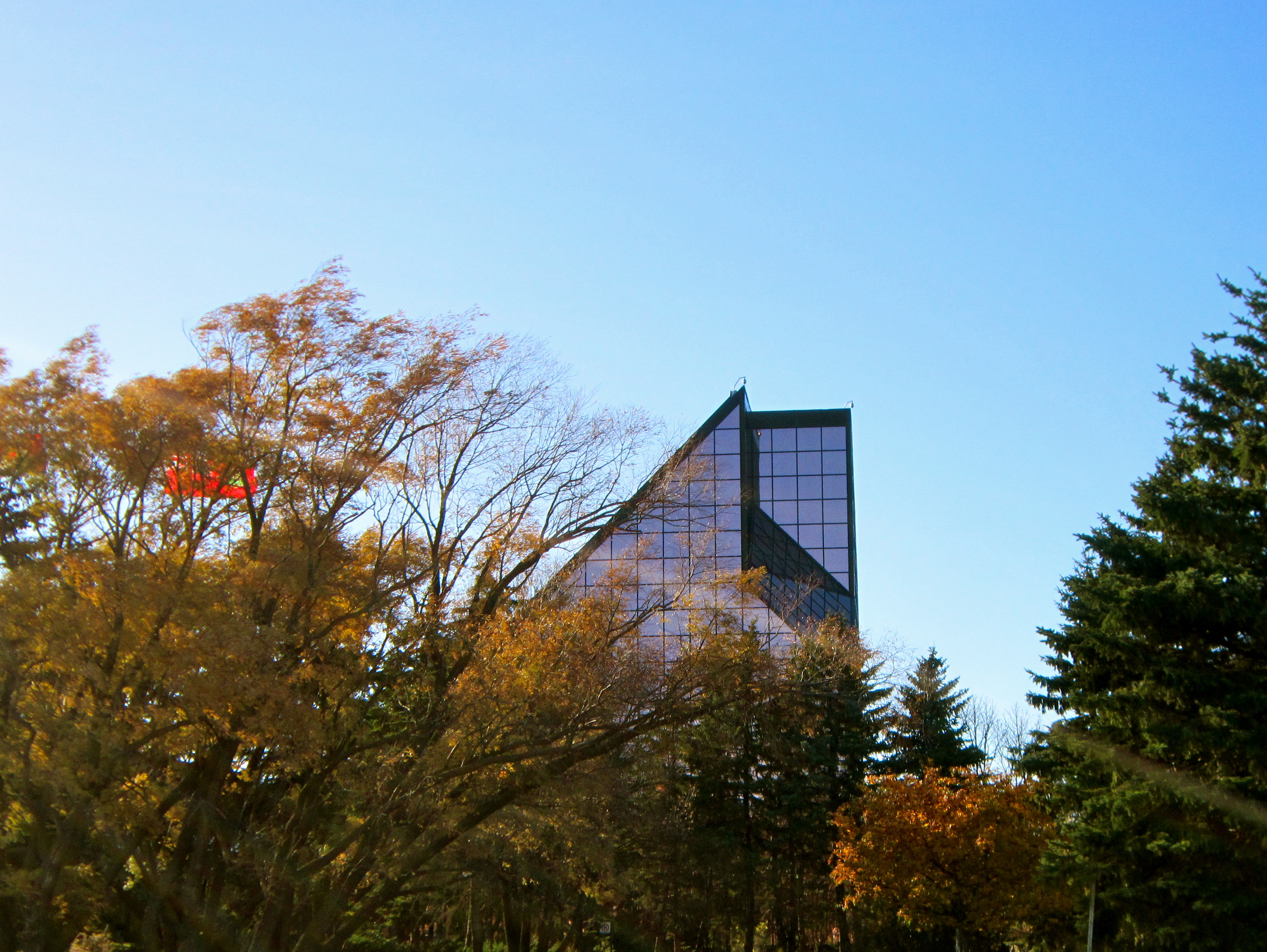 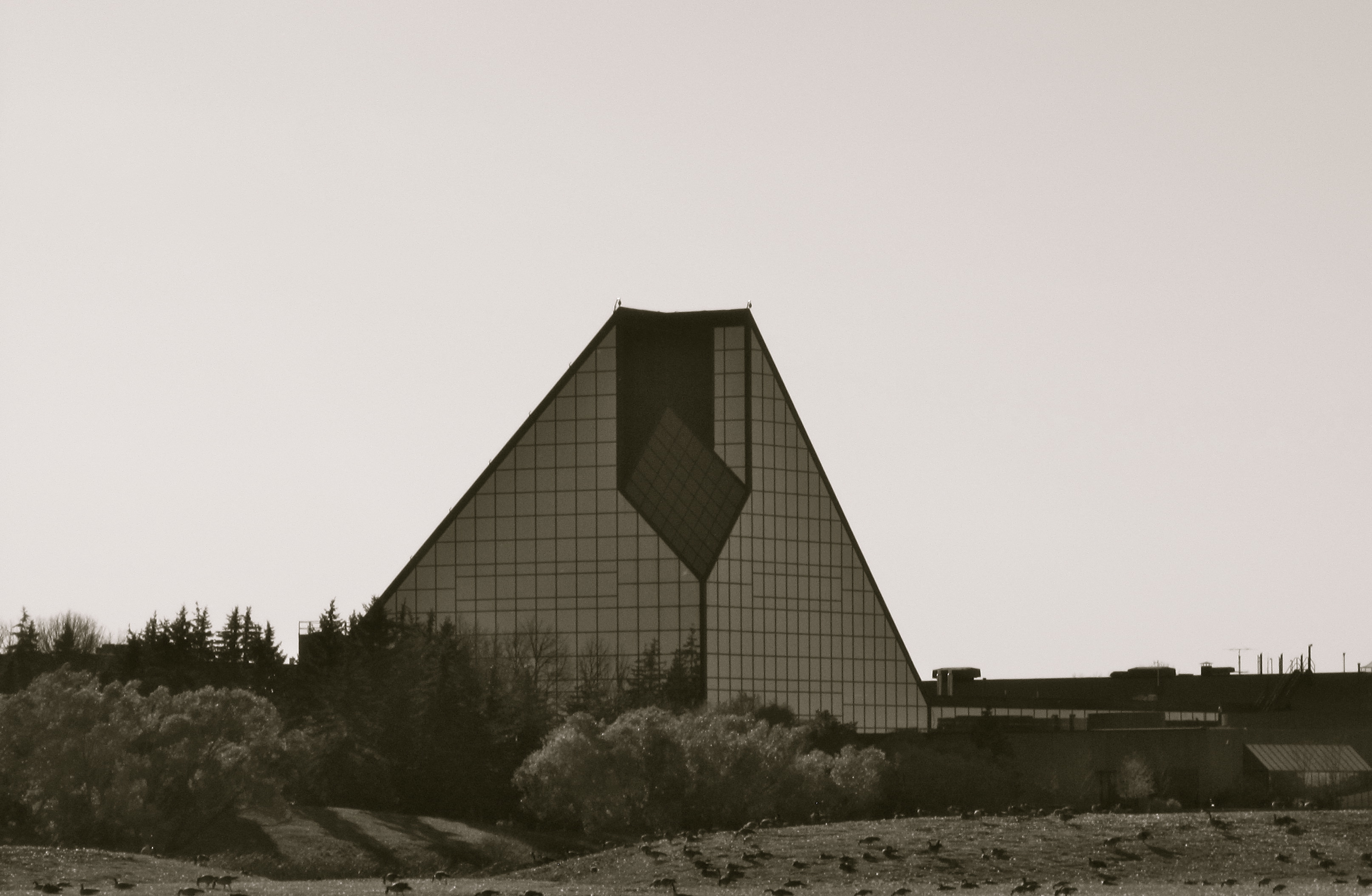 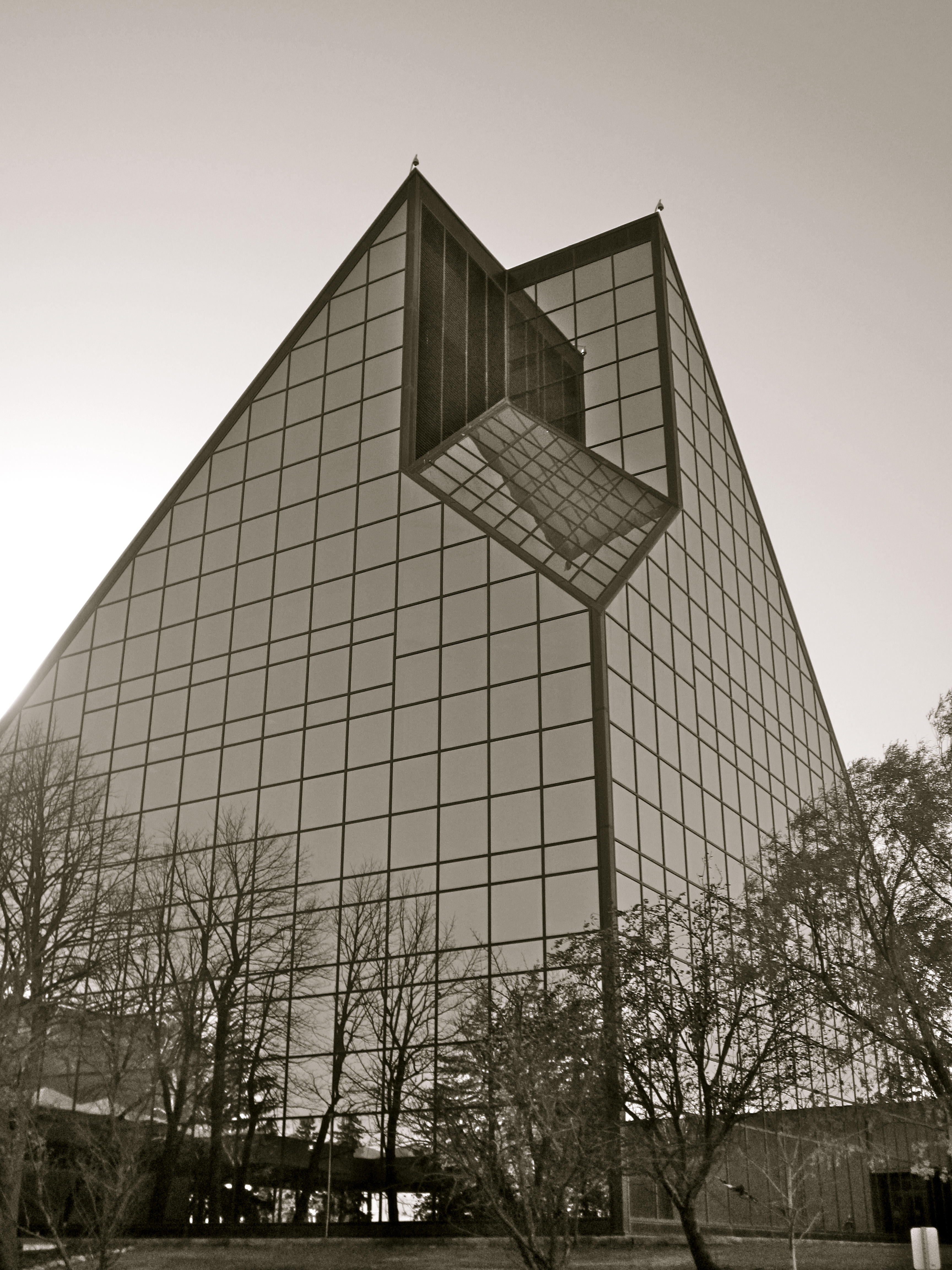 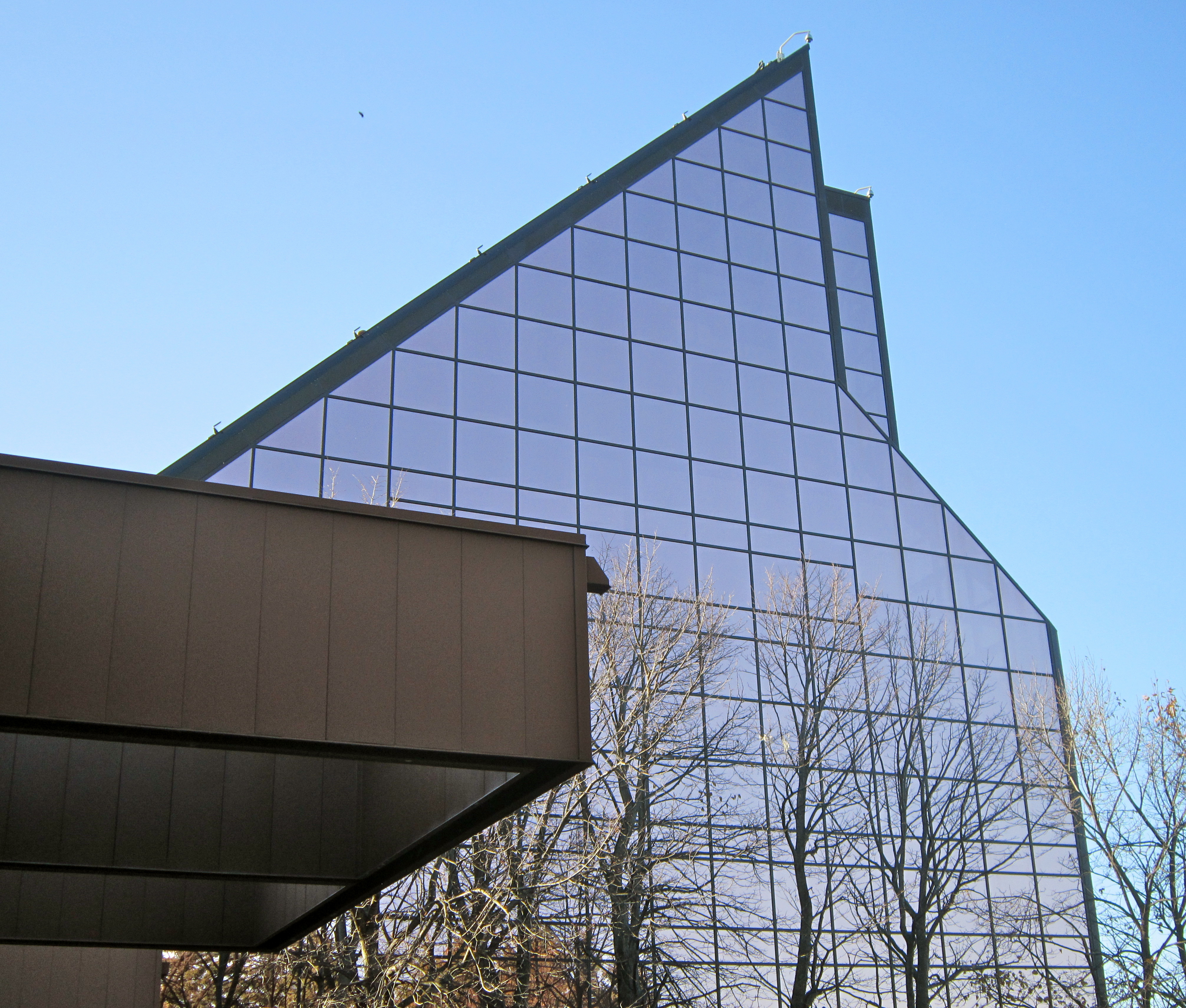 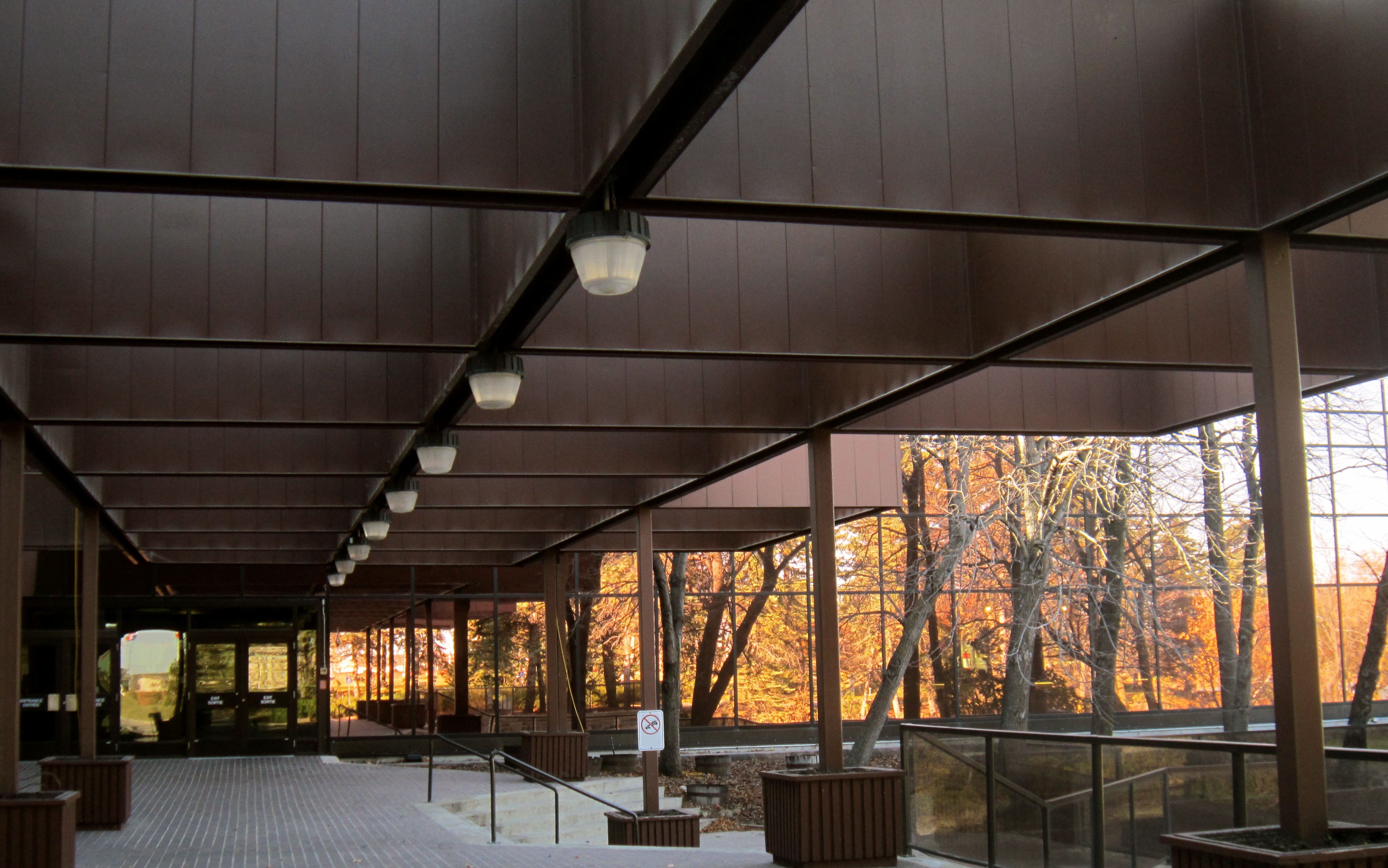 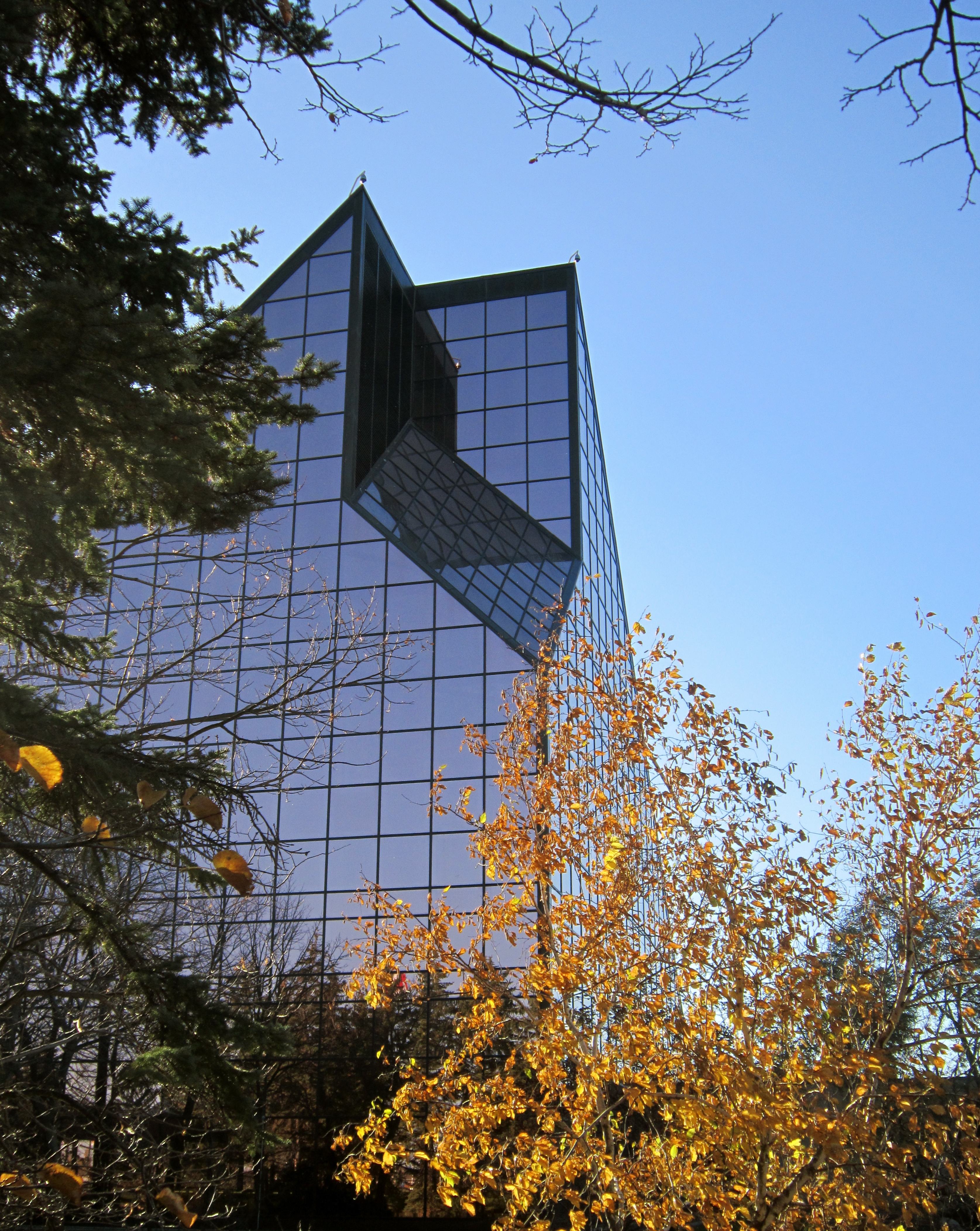 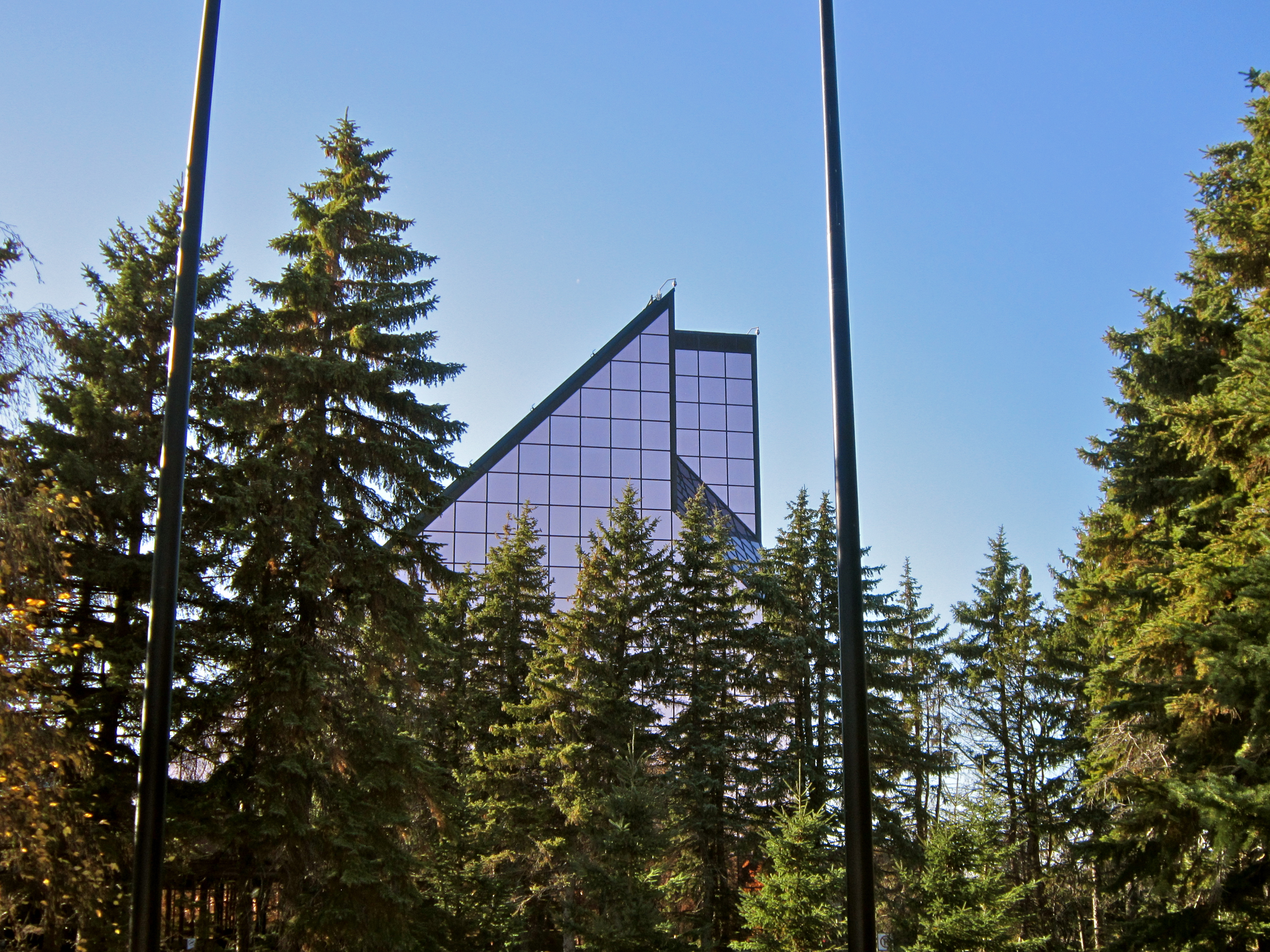 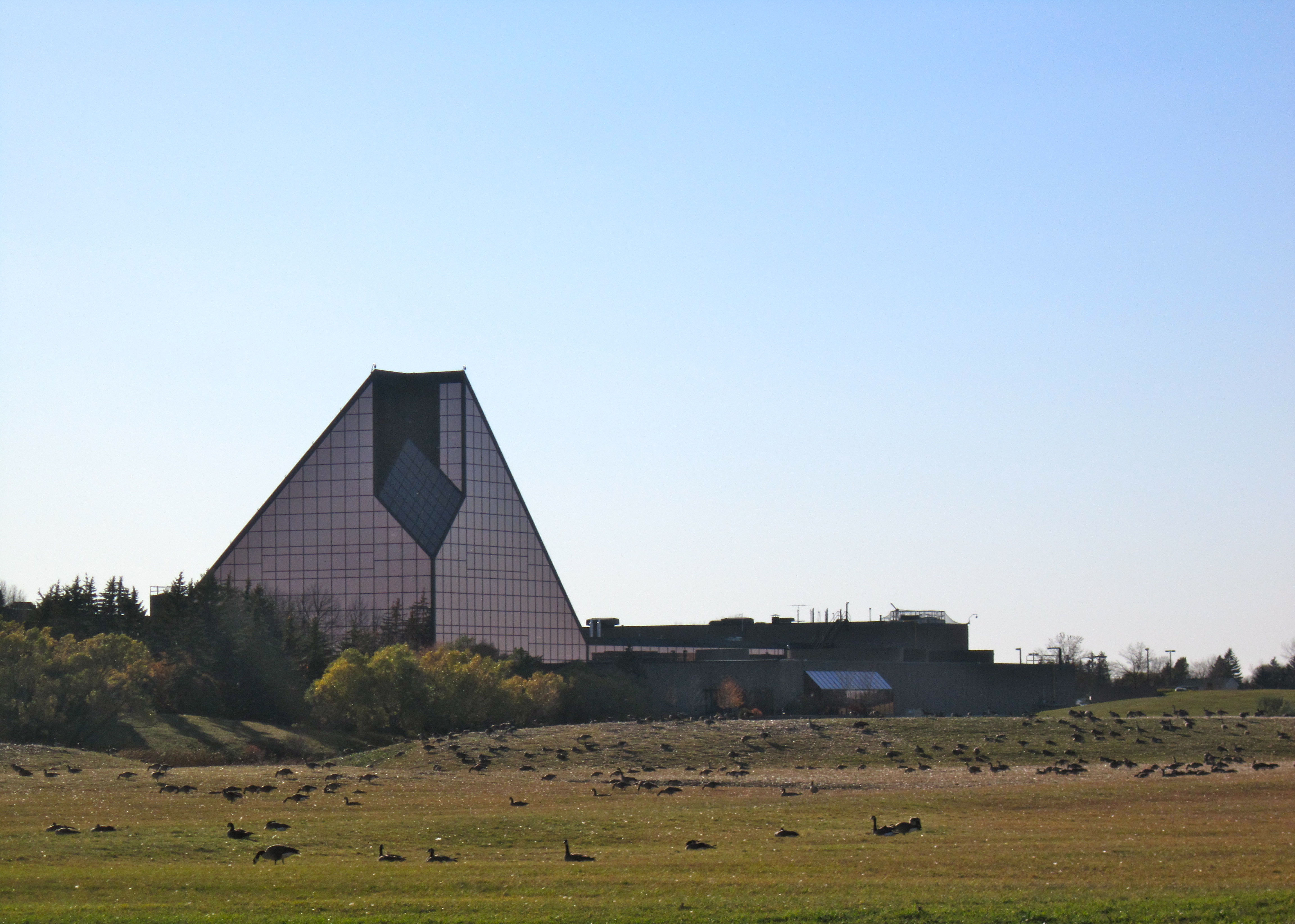 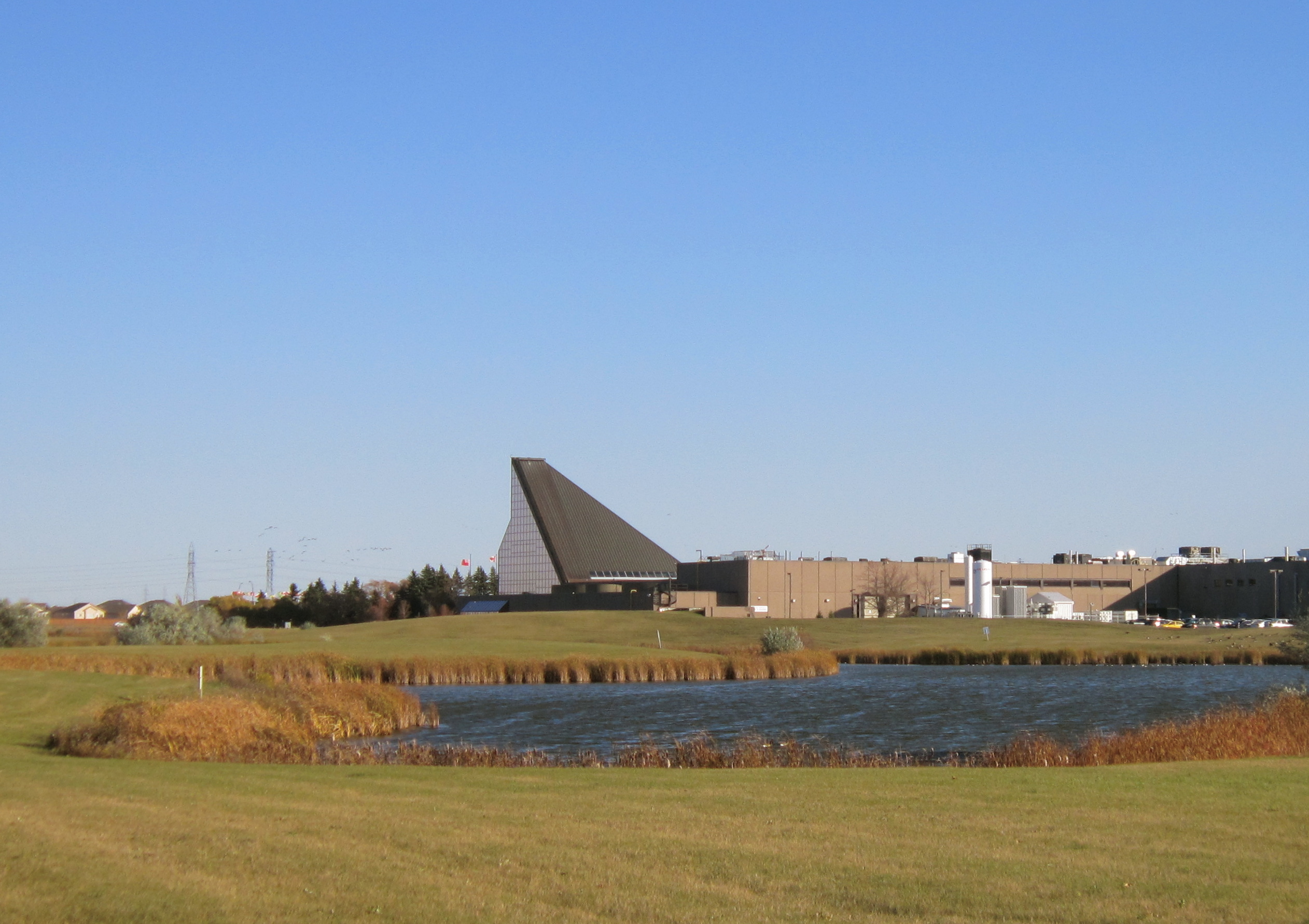 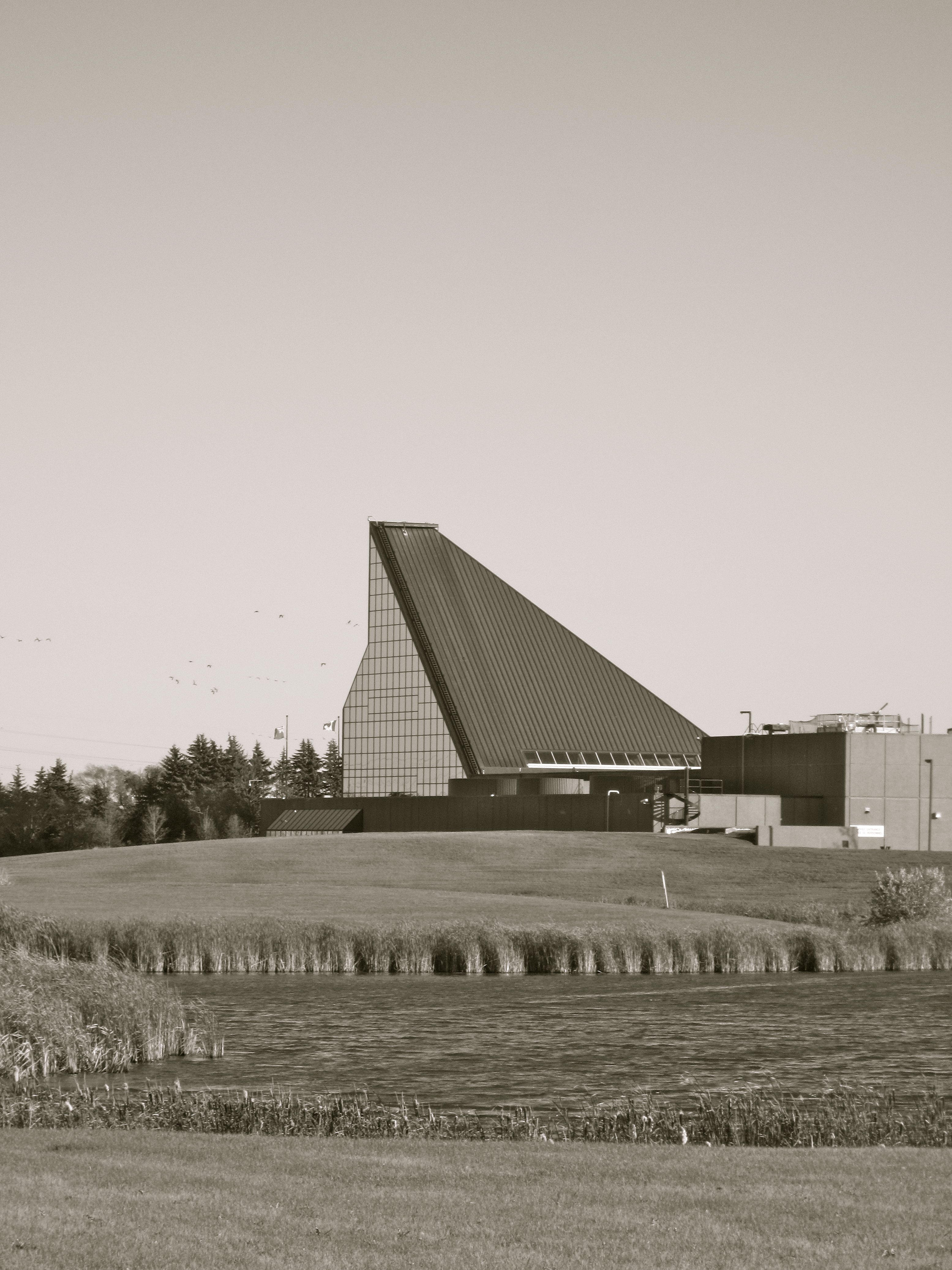 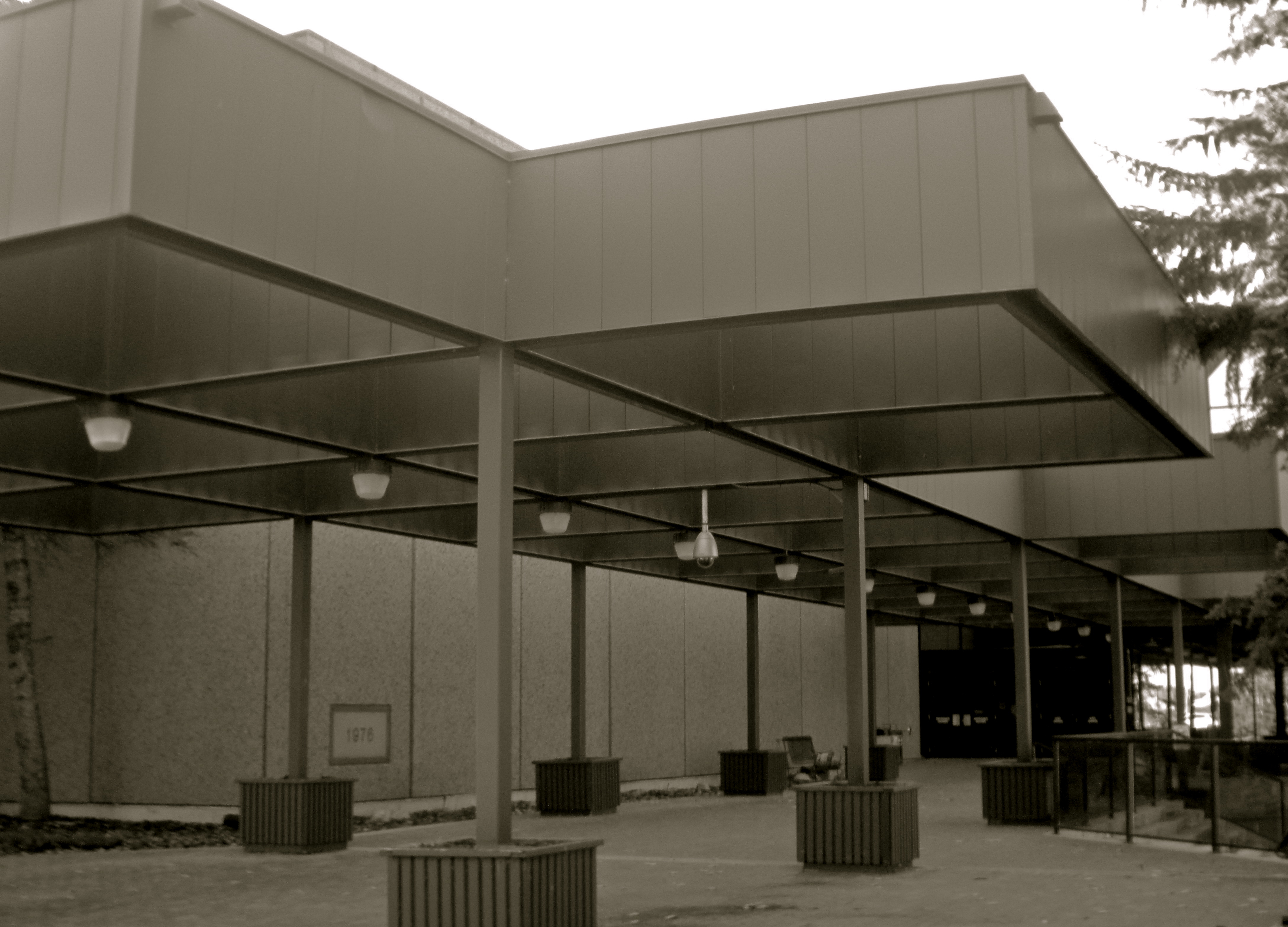 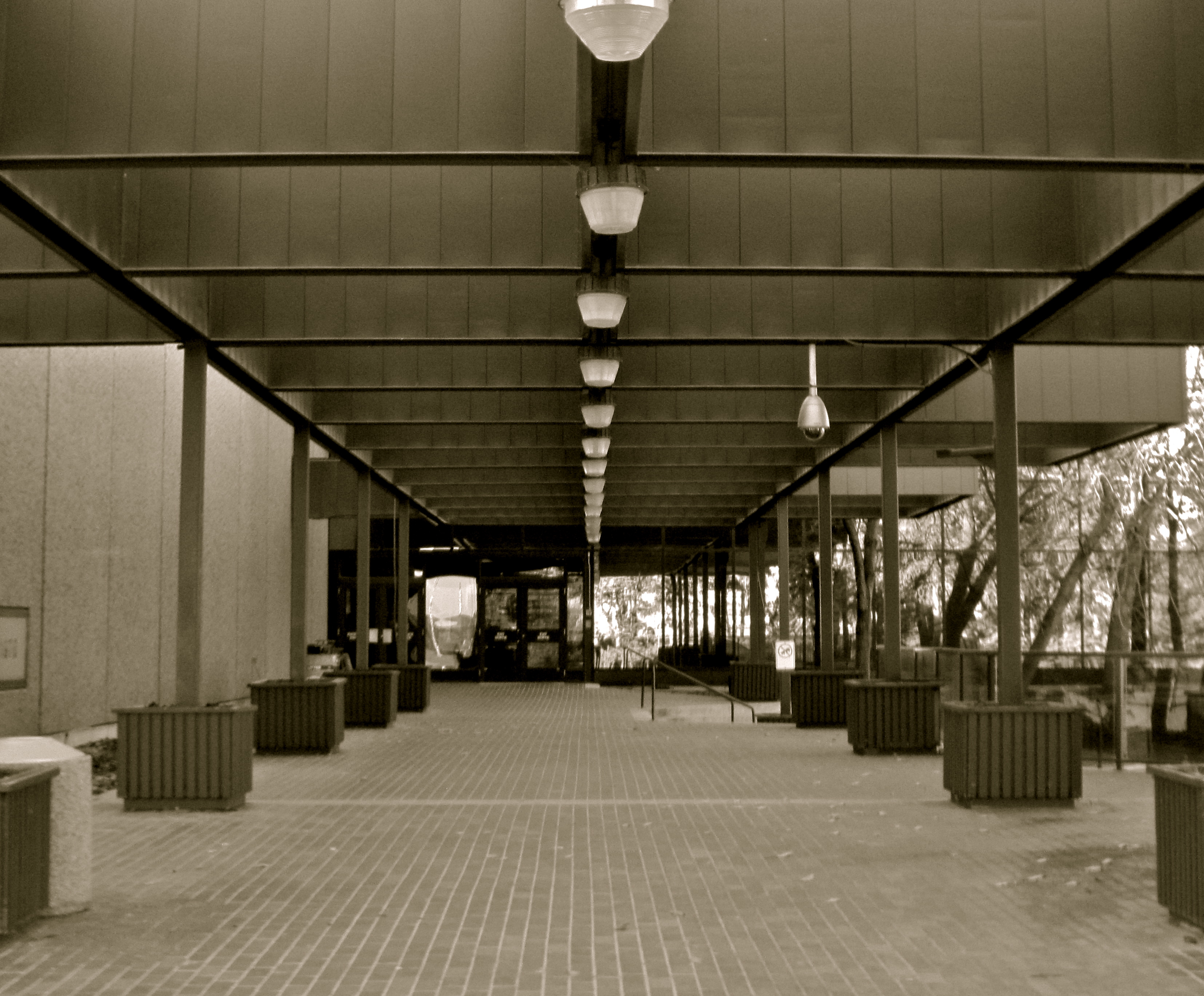 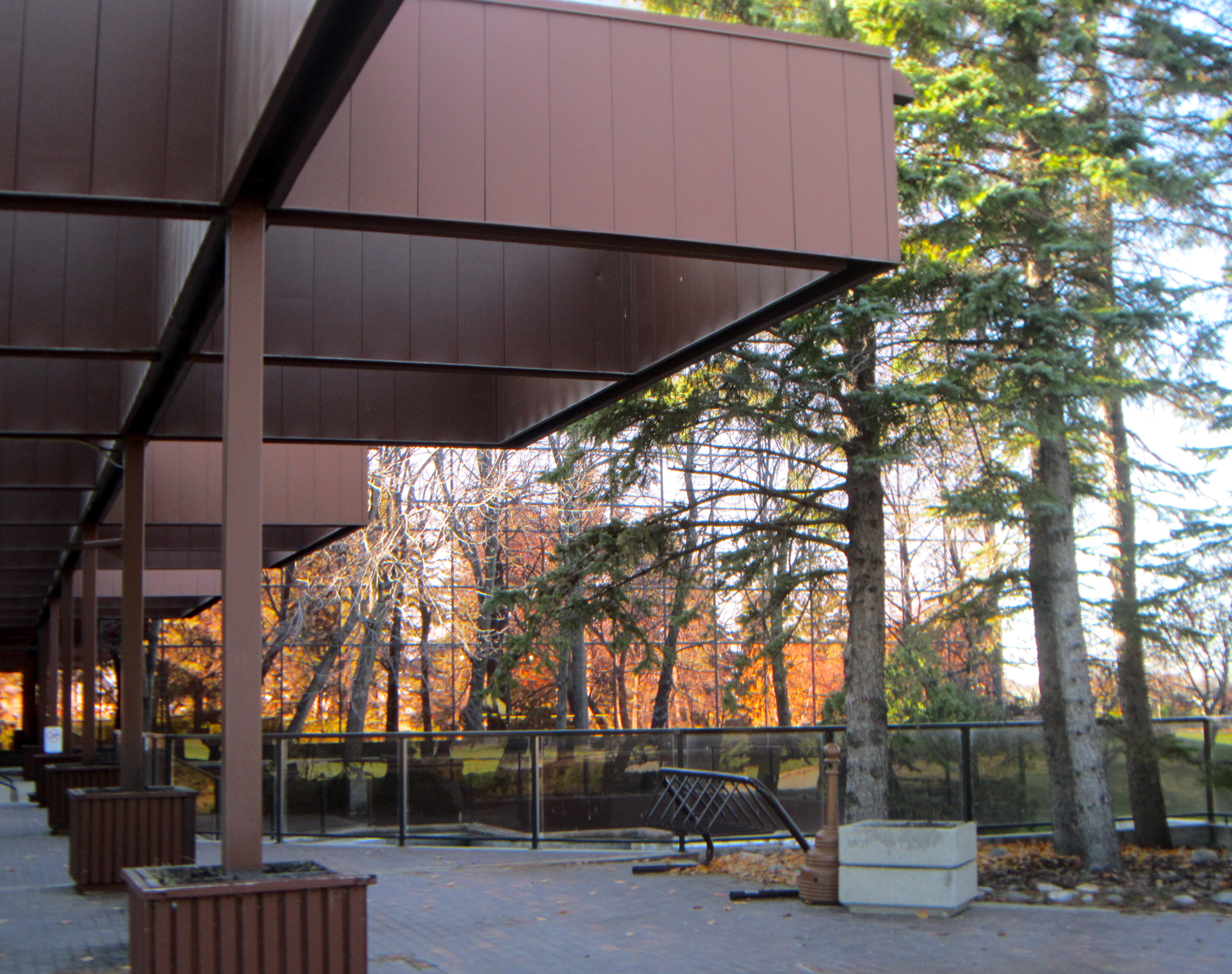 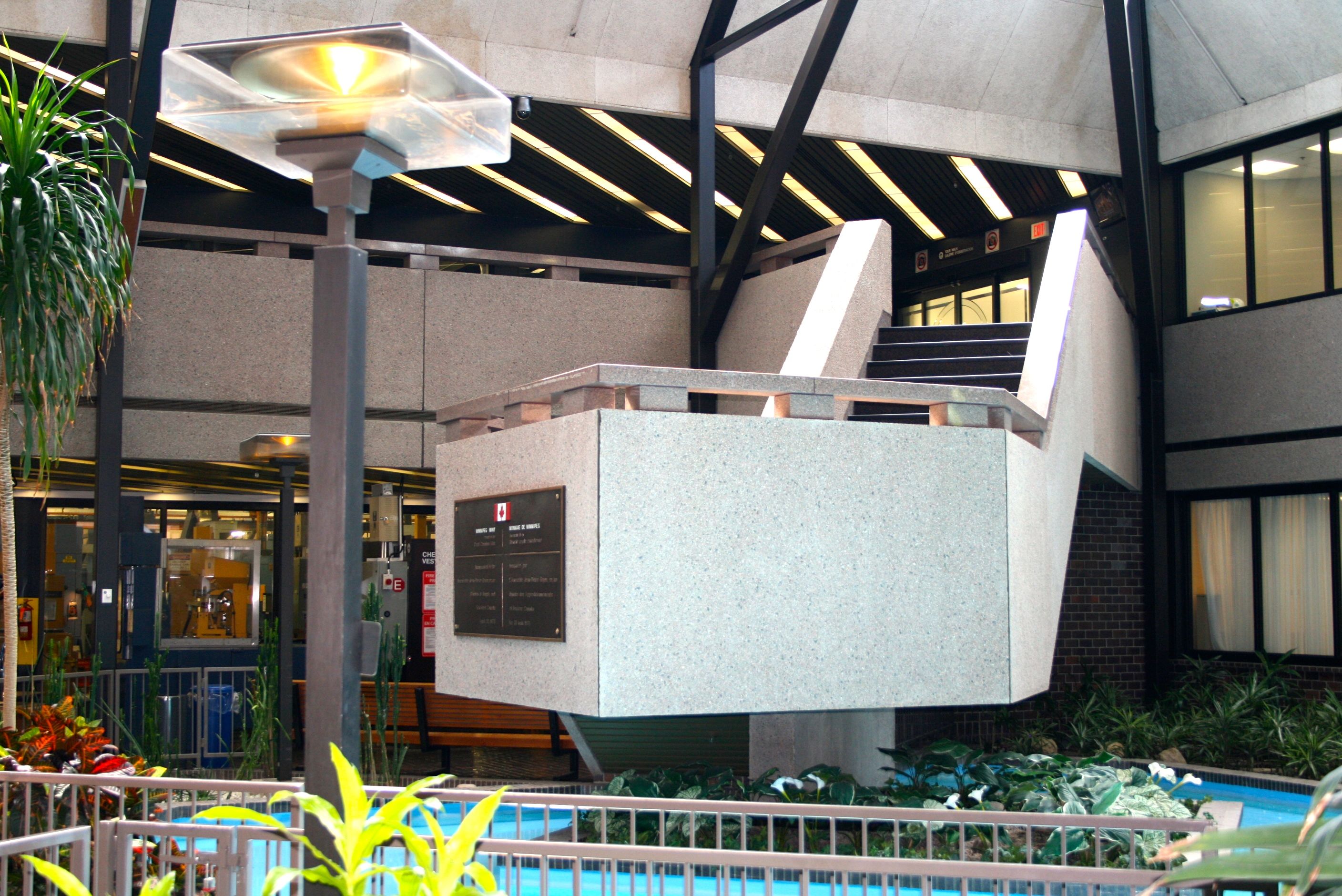 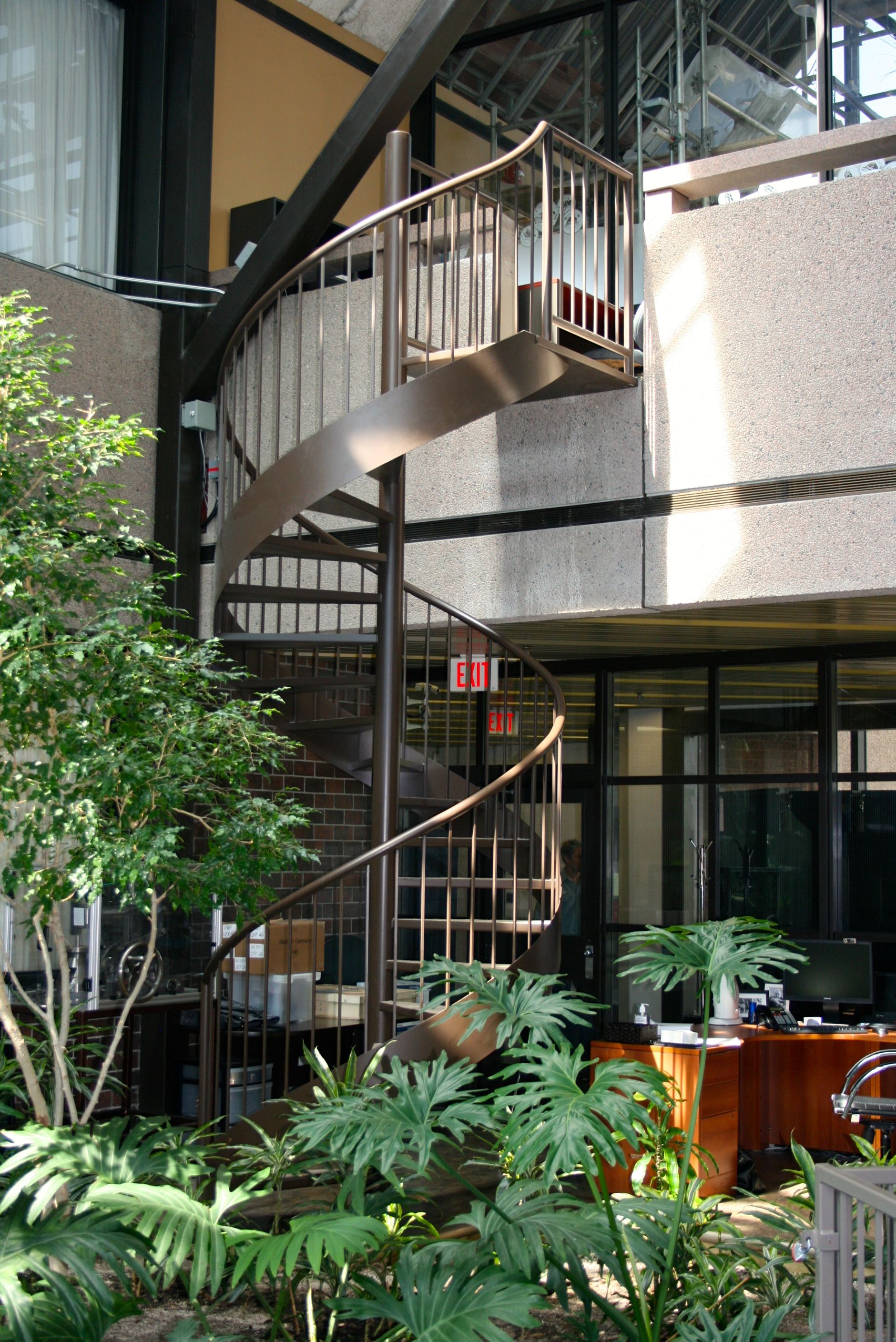 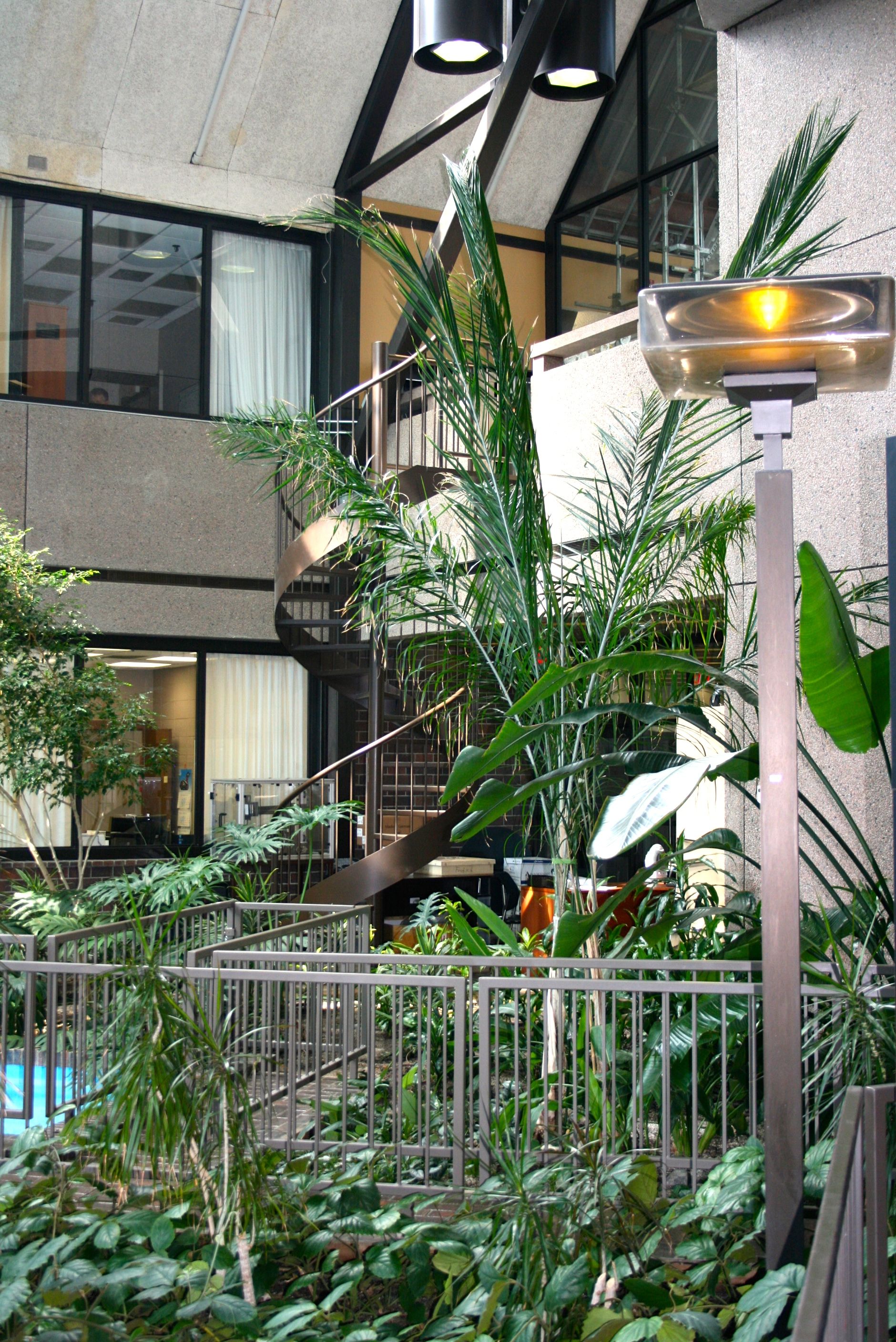 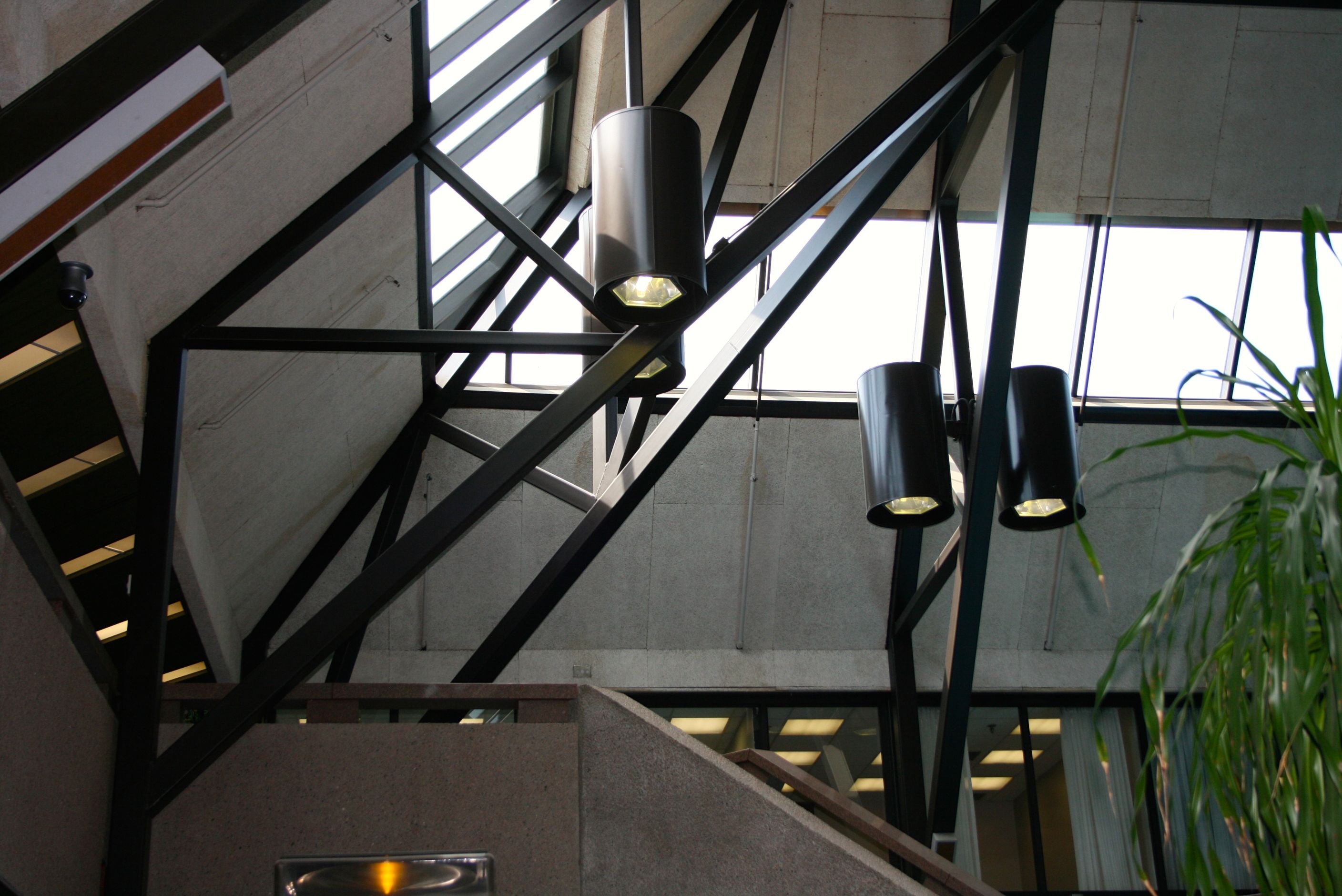 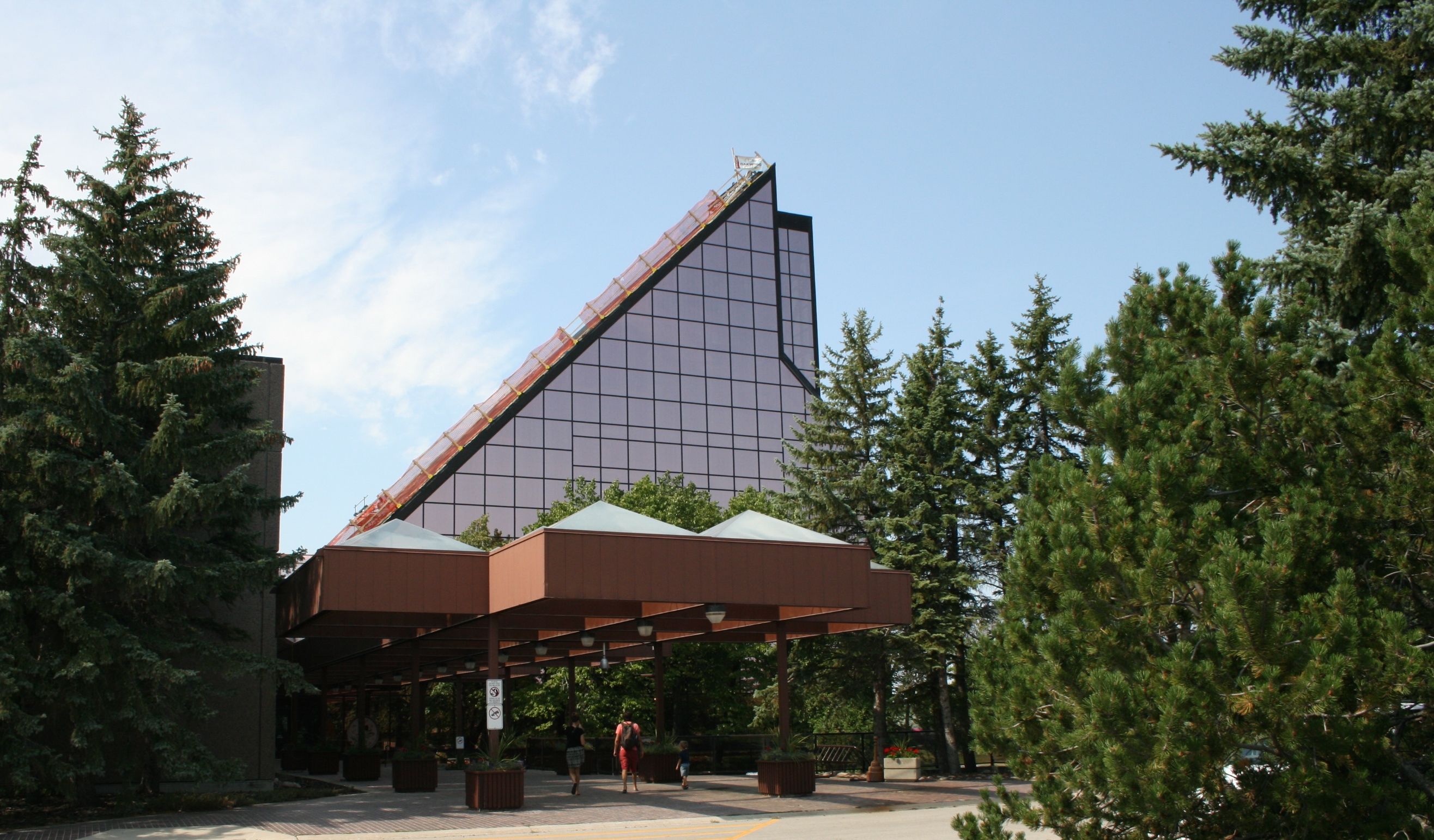 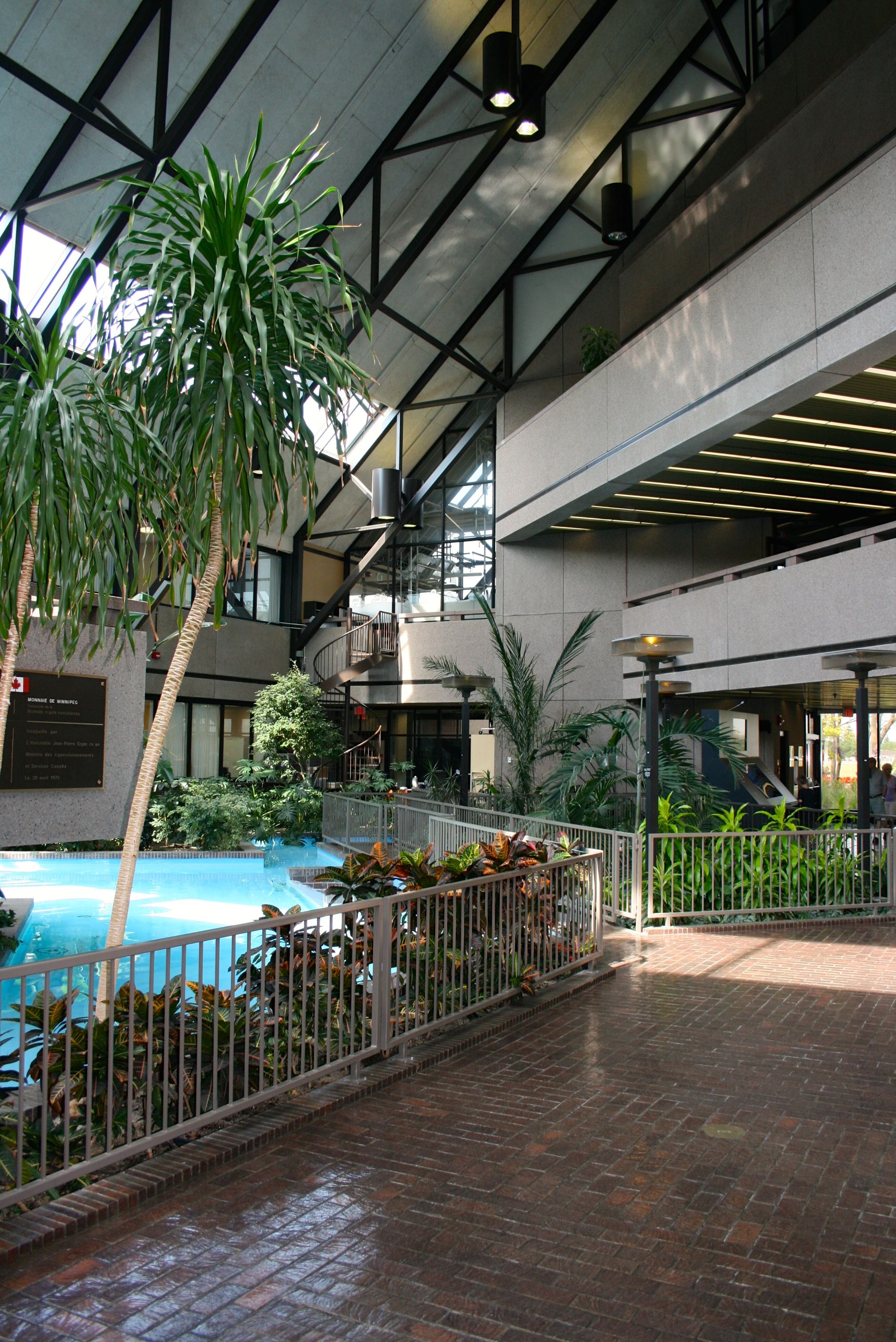 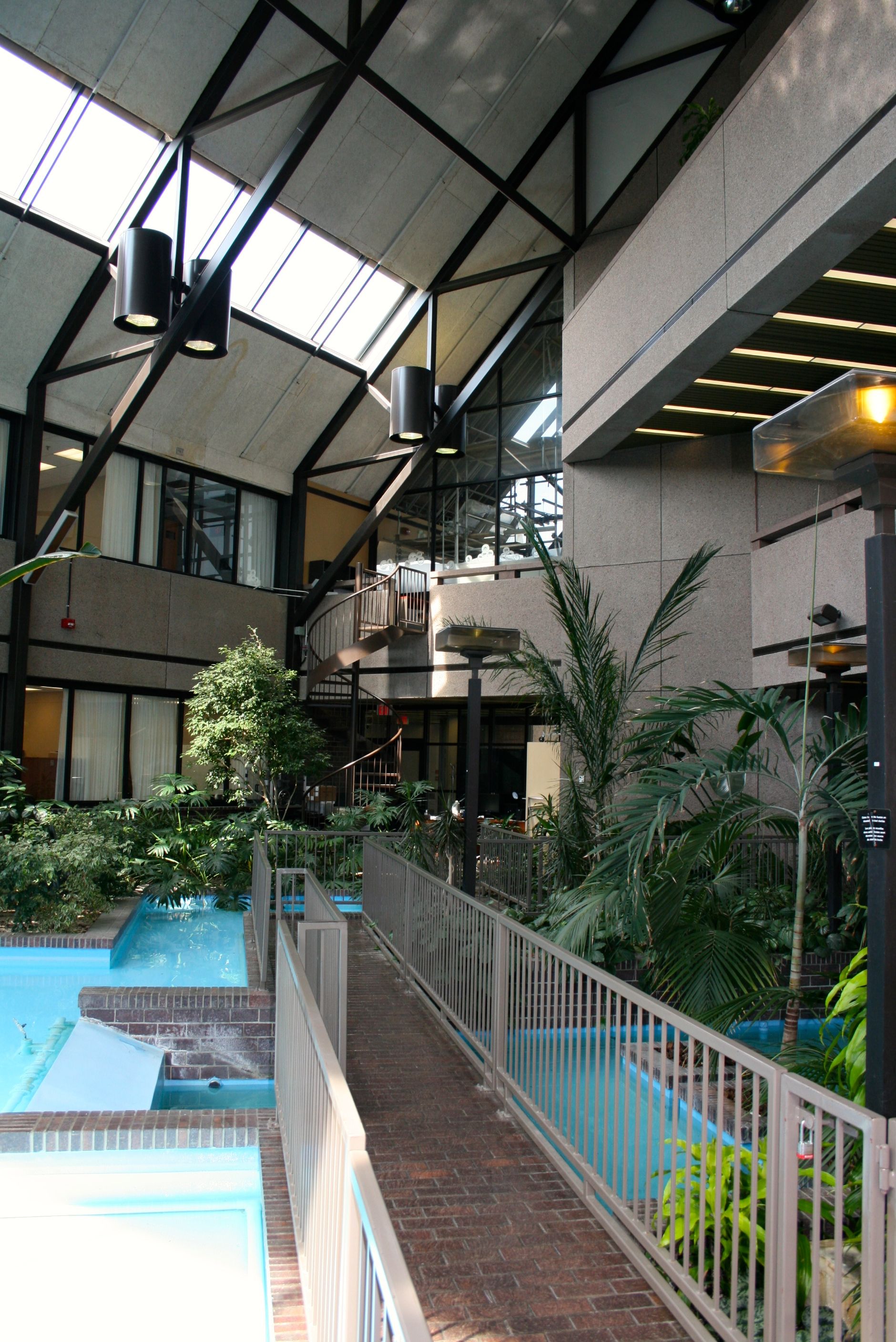 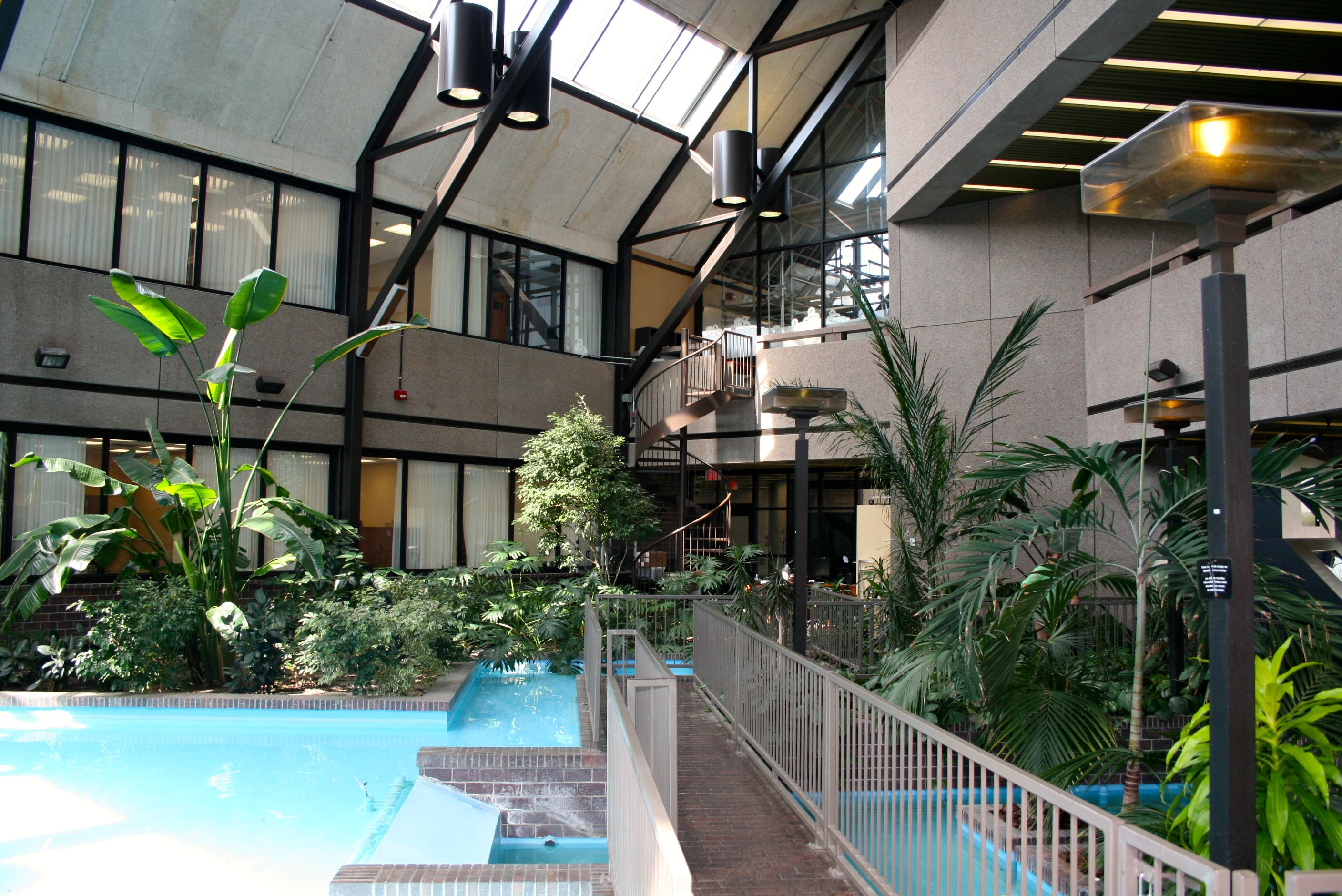 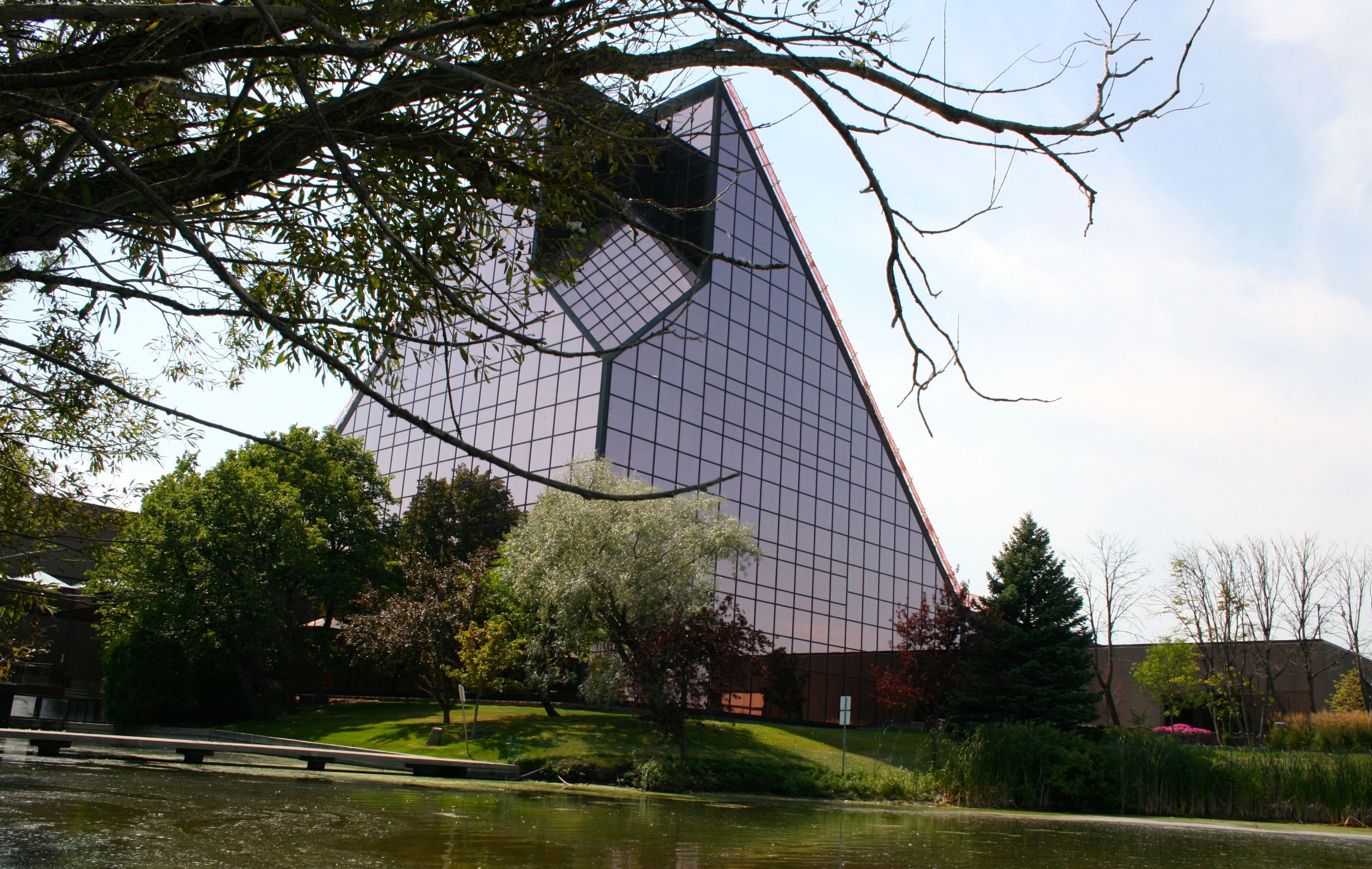 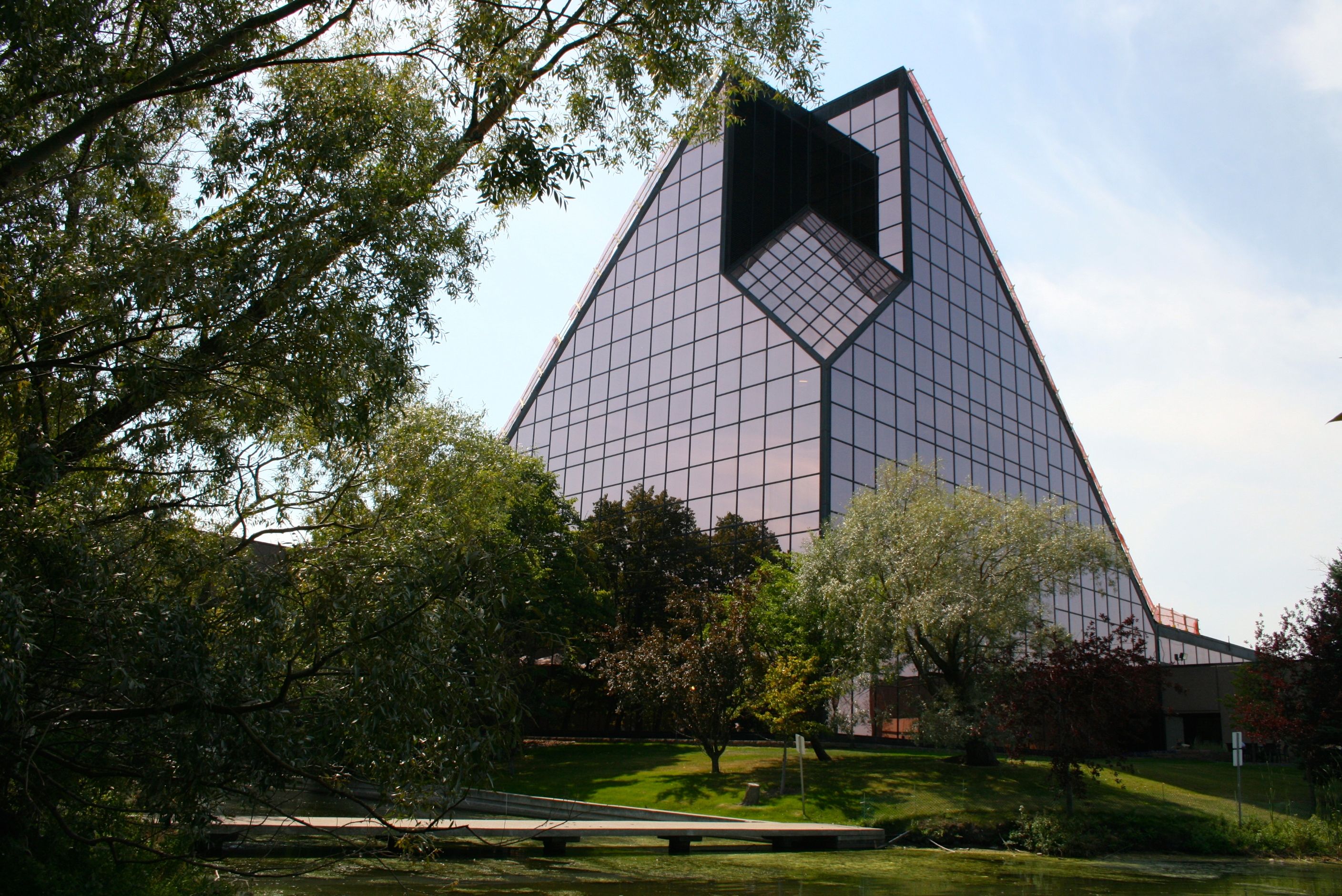 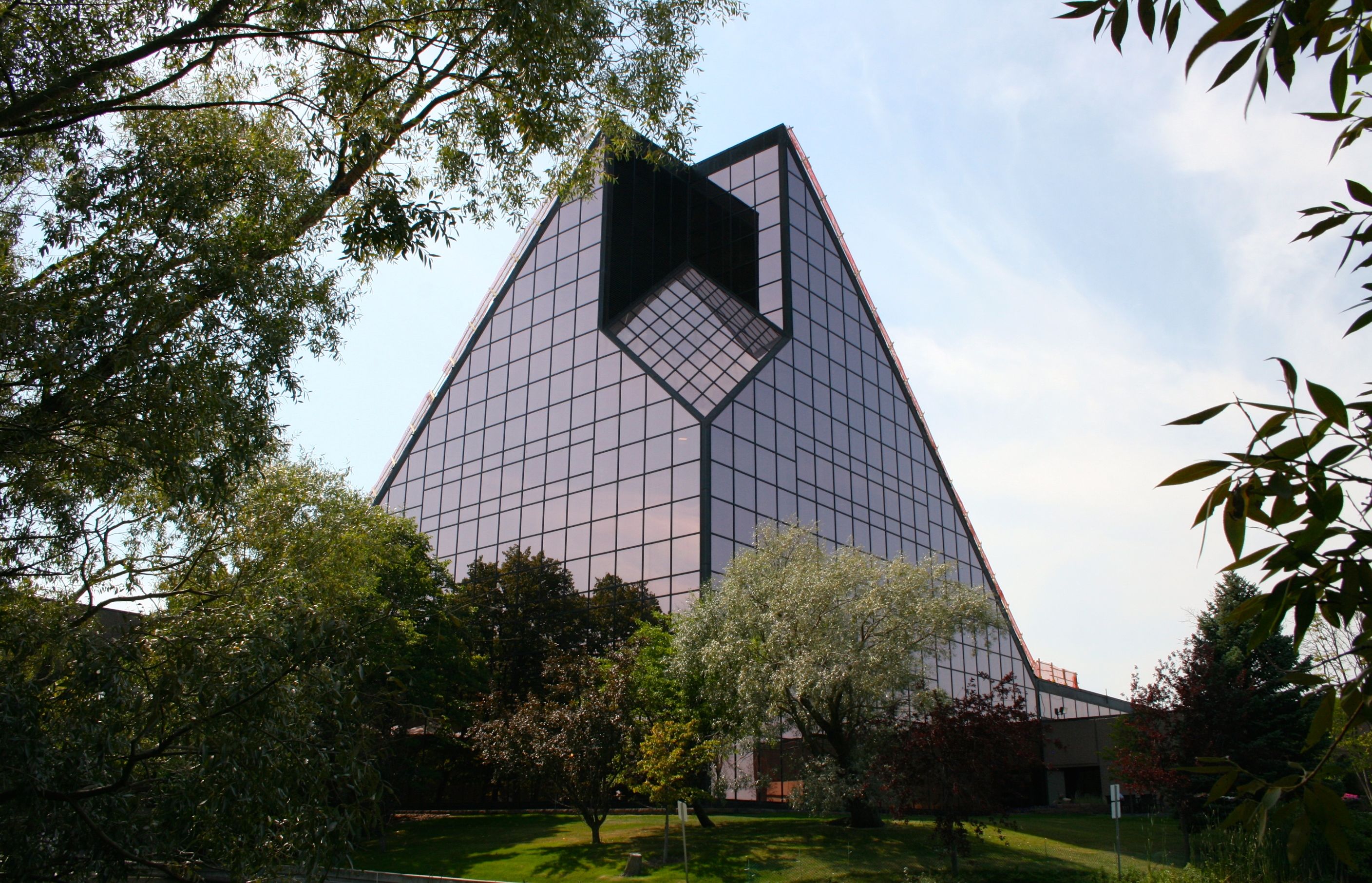 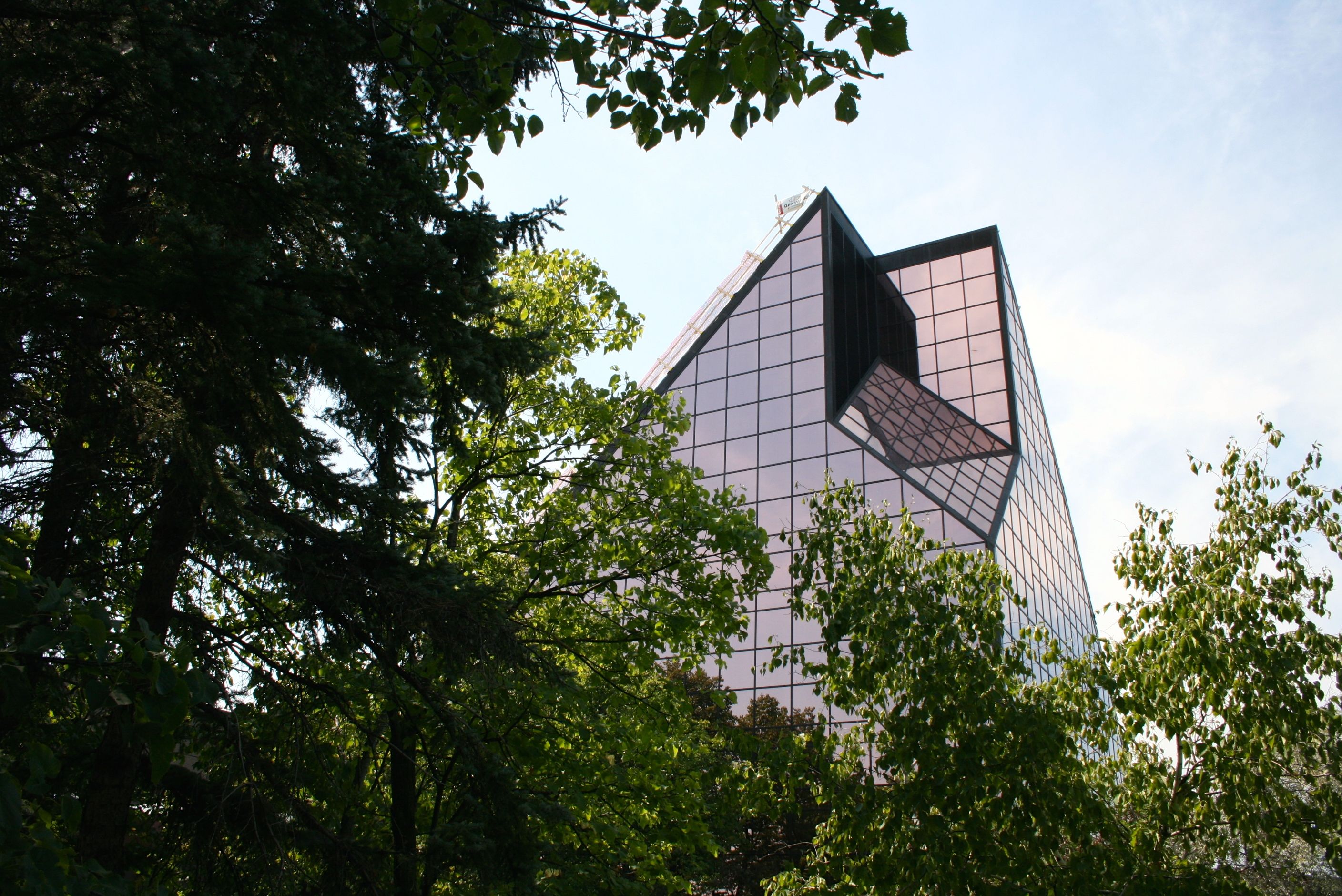 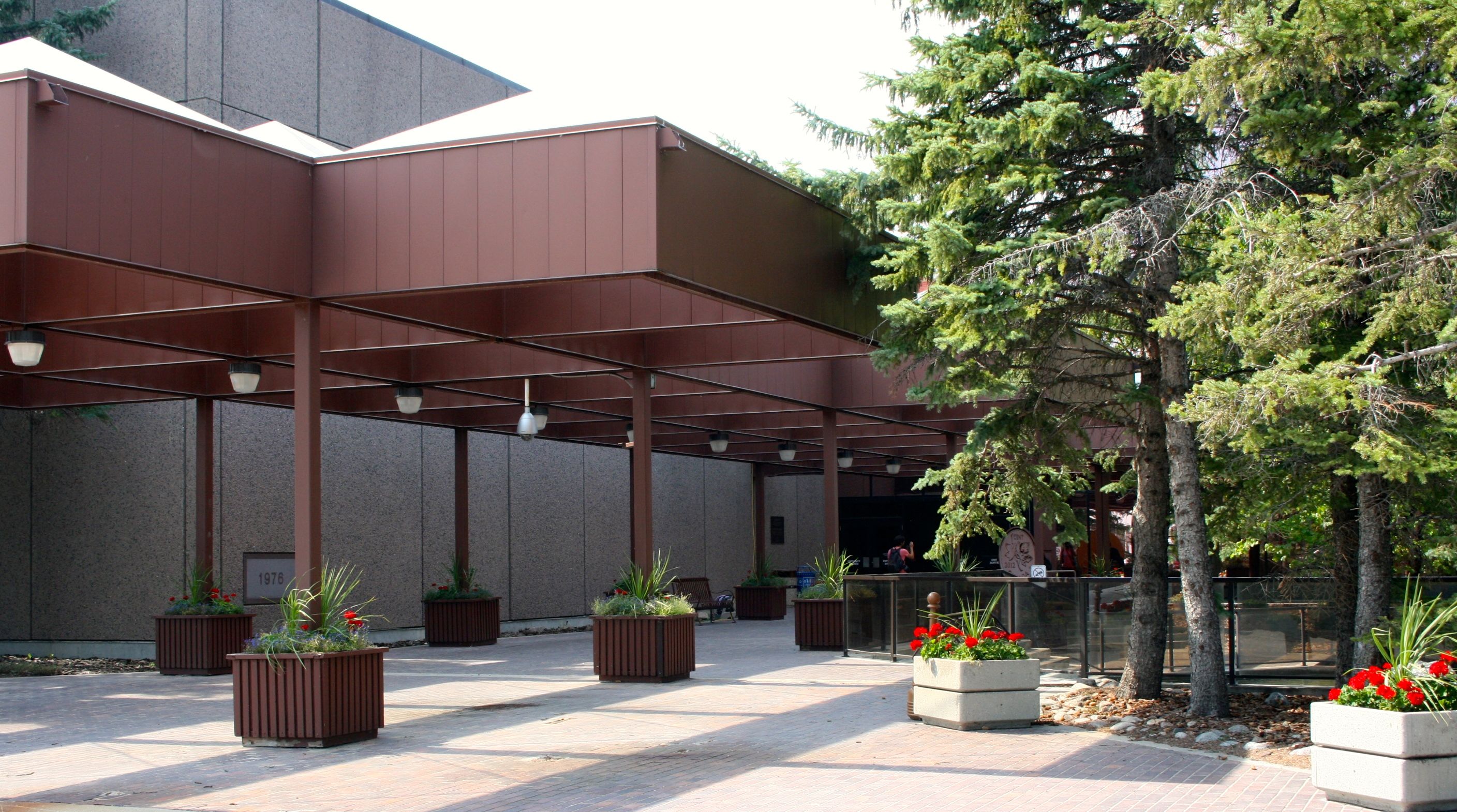 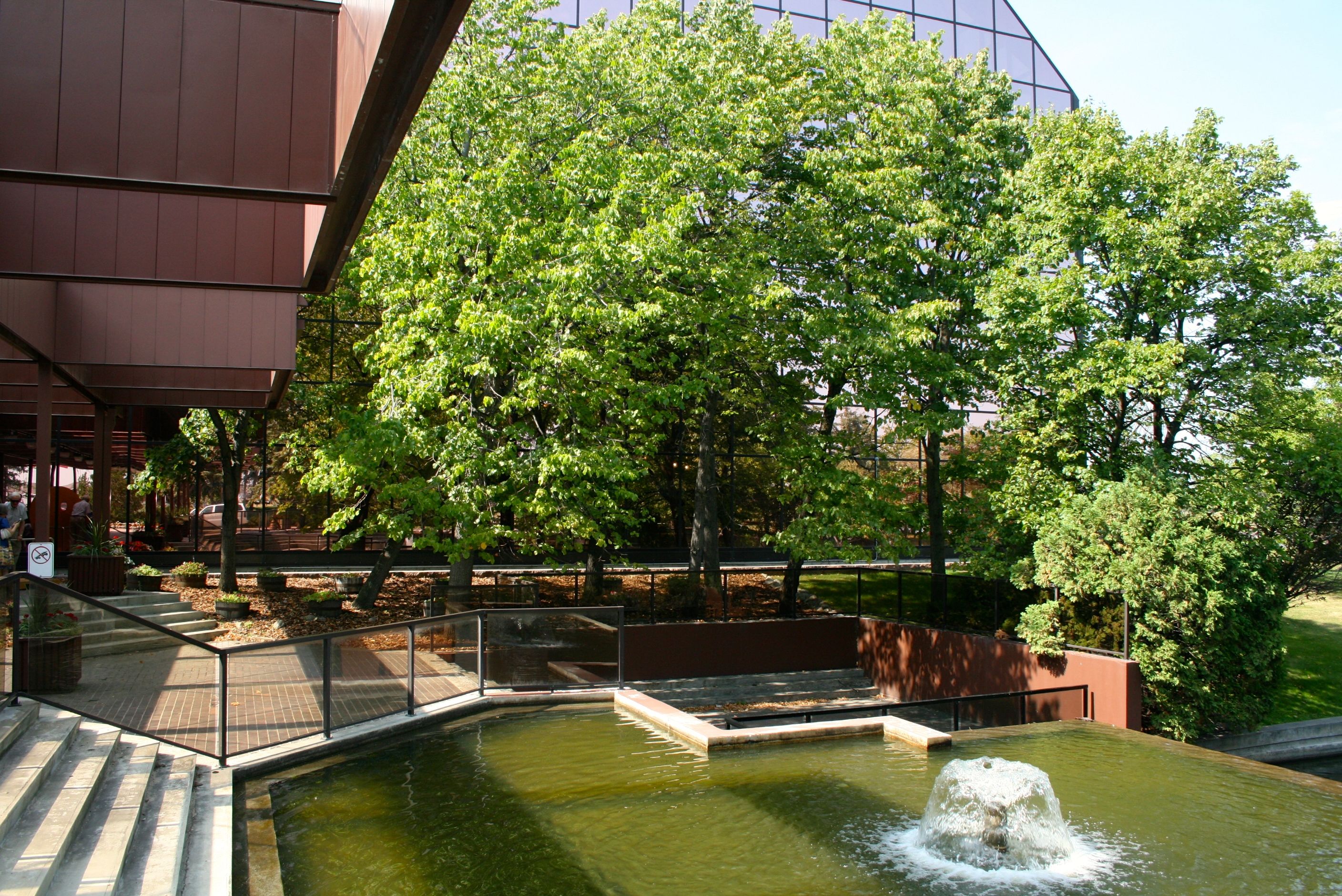 It stands gleaming in its broad, park-like setting, a triangle up-thrust, facing eastward: Winnipeg’s Royal Canadian Mint. Something about its shine and angle-cut facades echo the fabrication that takes place inside. This assertive presence serves as a forceful welcome to those entering the city from the east. The building's design was largely the brain-child of noted Manitoba architect Étienne Gaboury, who served as design architect; the partners in his firm and project architects at Number Ten Architectural Group.

The story of how the facility ended up where it is is complex. Canadian coins were struck in Britain for many years until the demand for a greater supply – and Canada’s emerging sense of nationhood – sped momentum toward the creation of a national mint. Ultimately a Canadian facility was opened in January 1908. Just over 50 years later a growing country required a larger supply of coinage, with Canadian coins already being minted in the United States. Under a federal government that aimed at a greater decentralisation of public services in 1971, the decision was made to locate a new mint in Manitoba, in part as recompense for the recent closure of area military bases. Excavation stated in 1972 and construction began in the spring of 1973. The Mint opened officially three years later, in 1976, at an estimated cost of $16 million. These premises made it possible for the older Ottawa facility to focus its efforts on collector coins while the Manitoba building and staff concentrated on circulation and foreign coins. Among the foreign nations who have had their currency minted inside this structure are Cuba, Norway, Brazil, Venezuela, Jamaica, Yemen, Colombia, Iceland, Thailand, Barbados, New Zealand, Uganda and Papua New Guinea.

Gaboury’s design represents a late modern evolution of his earlier interests, as well as a response to the structure’s needs and site. The Mint itself is large. Its distinctive sculptural form faces east, serving as a hallmark; a long, lower complex of production spaces is arrayed to the west, set behind the showpiece pavilion that greets visitors. The taller segment takes a unique shape: two vertical right-angled isosceles triangles oriented to the north and east, sheathed in the sort of mirrored glass that gained popularity in the 1970s. Here this glass possesses a bronze lustre reminiscent of coinage. Where these two walls meet a section is sliced away, an angled diamond shape nestled in the lower portion of this crease. The effect is dramatic. In overall composition the arrangement harkens to Gaboury’s earlier Blessed Sacrament Church (710 Roanoke Street, 1966) whose design, concrete construction and windows revealed the influence of French-Swiss modernist architecture Le Corbusier. At the Mint Gaboury further distinguishes his own take on these models, creating a show-piece suitable for this prestigious federal institution. Initial plans called for the structure to be clad in Tyndall limestone, a decision which would have echoed earlier masonry work by Gaboury (such as the aforementioned Blessed Sacrament Church) and other late modern Winnipeg examples, including the similarly angular Winnipeg Art Gallery (300 Memorial, 1970).

The drama of the ultimate scheme, which is approachable from the Trans-Canada Highway, recalls earlier examples whose vertical contrast to the flat prairie horizon created distinct aesthetic effect: the grain elevators that intrigued early European modernists and the teepees which Gaboury took as one model for his Precious Blood Church (200 Kenny Street, 1968). Up close, the building forms a more intimate connection, carefully integrated with the man-made lake (part of a chain of Southdale area artificial lakes) that dominates the centre of the site. On many occasions this lake serves as a picturesque reflecting pool for the already mirror-like Mint. Prior to construction it was estimated the structure would reach a height of approximately 44 metres, the equivalent of a 12-storey tower. A modern, plexiglas topped canopy makes a welcoming and sheltering entryway, one oriented as much to the lake and adjacent trees as to the large structure behind it. As indicated above, the building’s south side and west wing is more functionally-minded, clad in a variety of materials and featuring a number of service details including chimneys and cargo portals.

The site planning and landscape architecture for the Royal Canadian Mint was designed by local firm Lombard North.