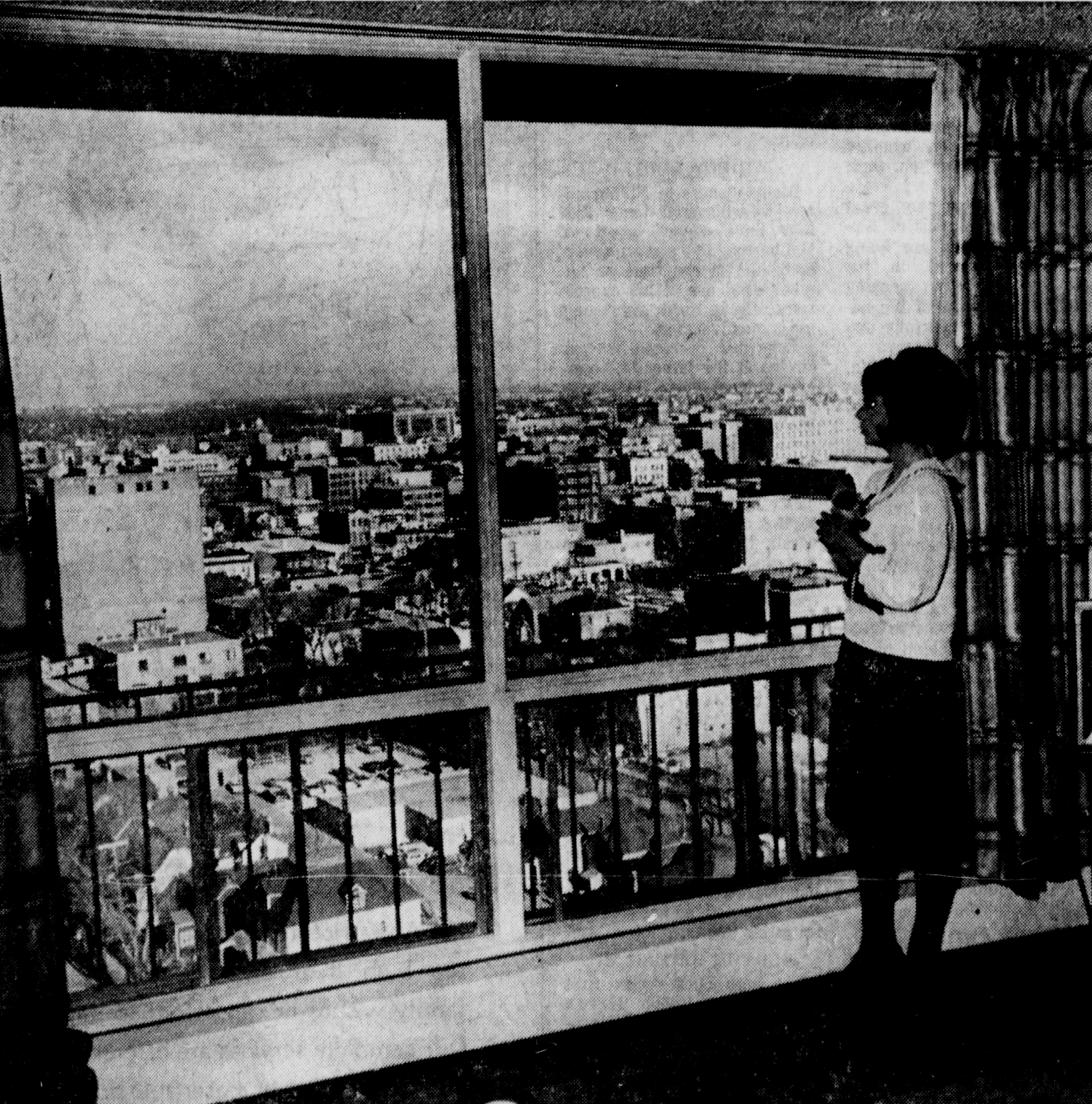 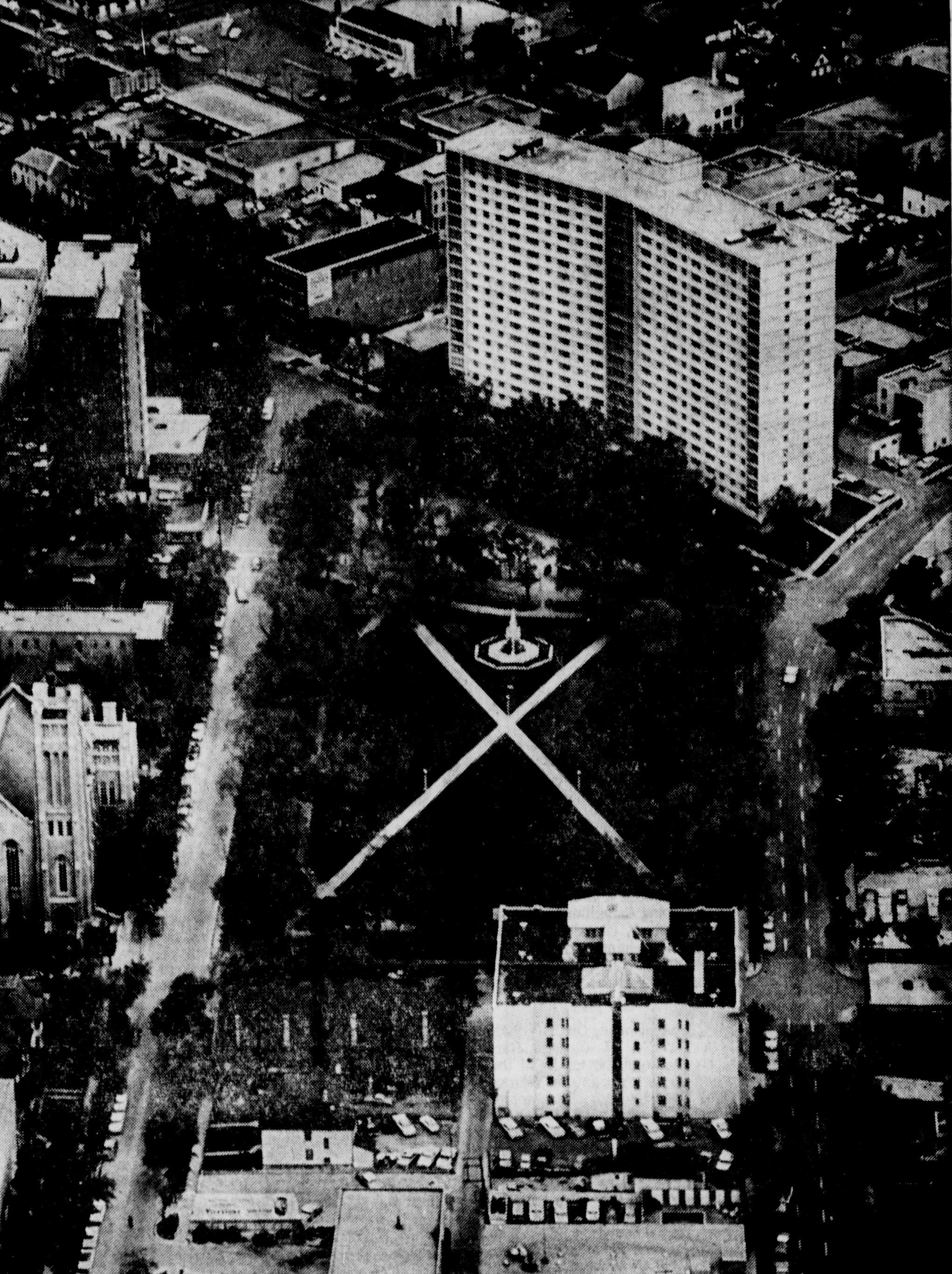 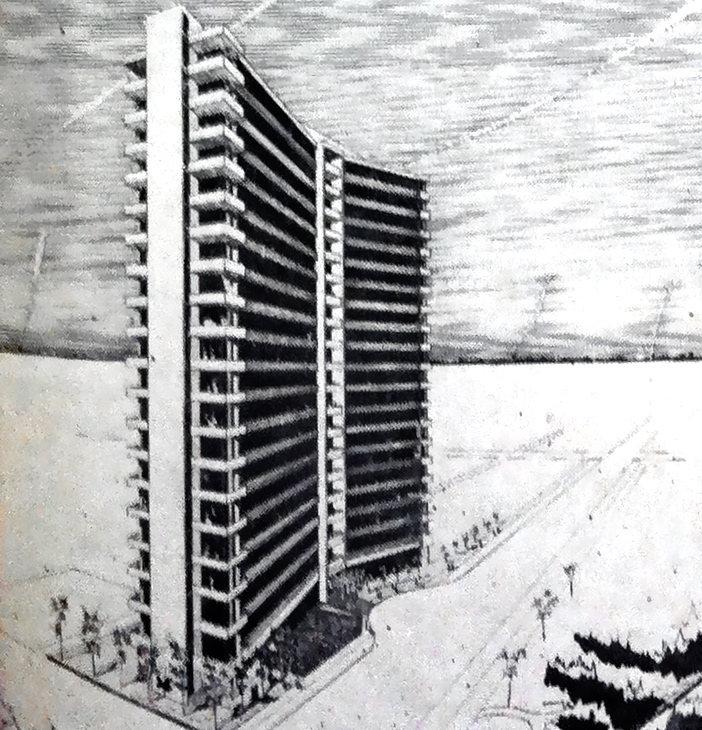 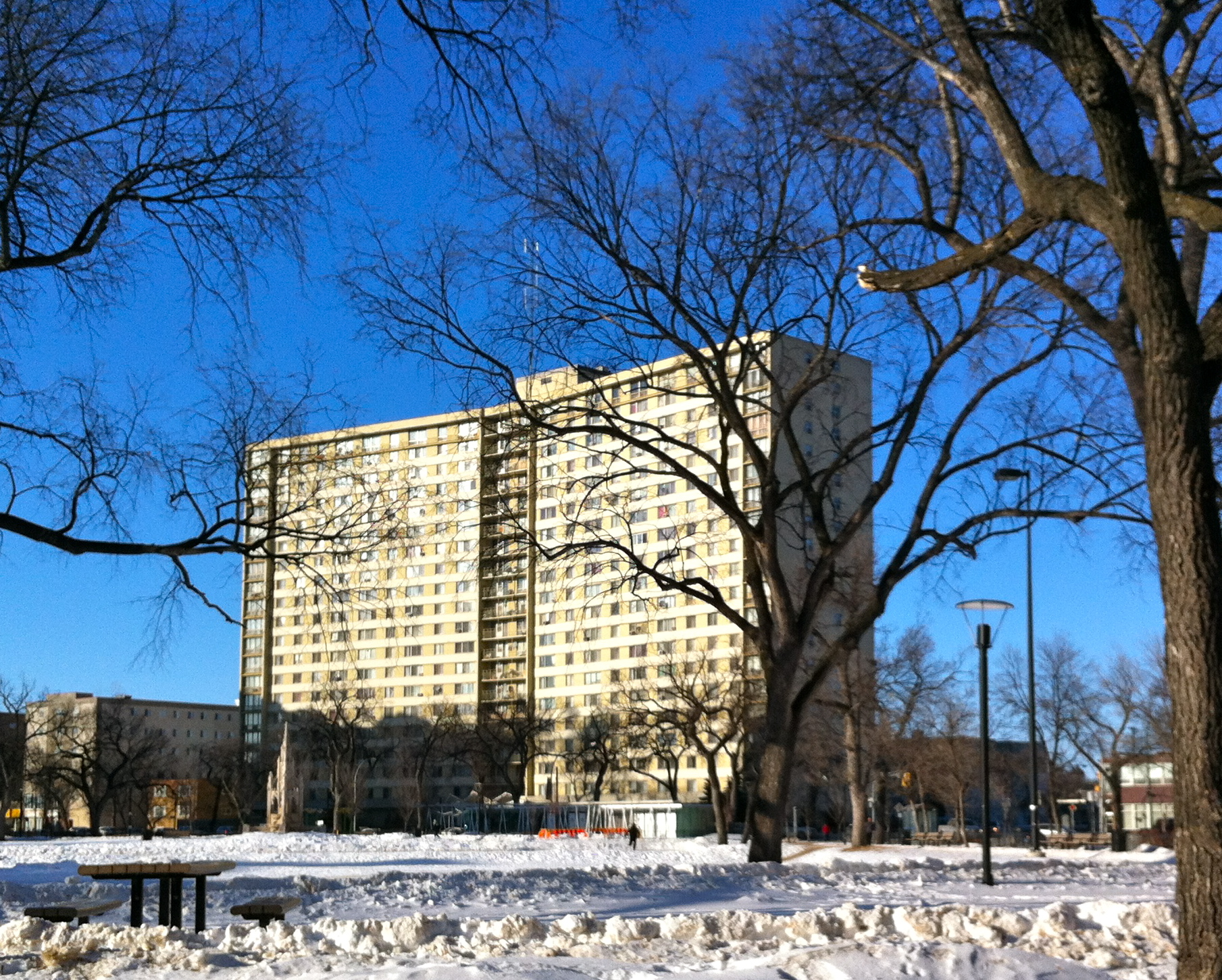 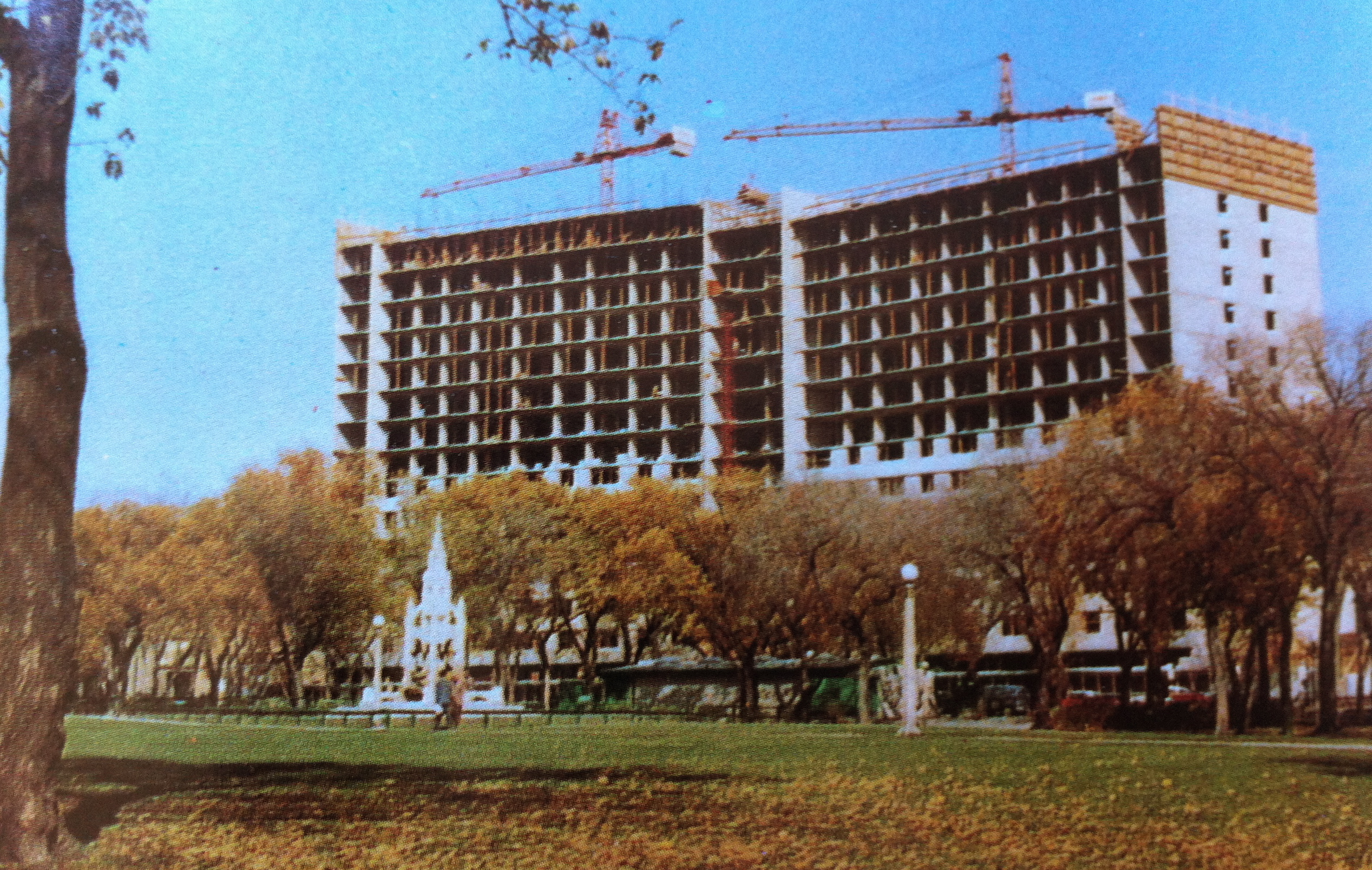 In the mid-1960s, the trend in many large Canadian cities was to “return from suburbia.” In other words, some folks were choosing to move back into the city centre. Land prices and taxes in the suburbs were increasing, and transportation from one’s home to one’s workplace was considered a significant problem. Essentially, people wanted to live closer to work and did not want the added chore of keeping up a home. However, downtown land was expensive, which resulted in contractors building high to make profit. One of these buildings was Regency Tow-ers, a $5-million project.

At the time of its construction in 1964, Regency Towers, also known as Central Park Towers, was Winnipeg’s tallest structure. The 21-storey building was even called Canada’s largest apartment, containing the highest number of units of any Canadian apartment block: a total of 407 bachelor, one-bedroom, and two-bedroom suites. Regency Towers also contained a gro-cery store, a dry-cleaning depot, a swimming pool, and a party room. The apartment became home to single people, newly-weds, and retired couples with grown families.

The tower opened to mostly positive reviews, being touted as “impressive” in The Winnipeg Tribune. Three years after its opening, the towers were still receiving praise in the local news. An article from The Winnipeg Tribune stated: “Three years ago, Regency Towers was a first in apartment construction in downtown Winnipeg. Today, it retains its leadership as an outstand-ing downtown residence unit.”