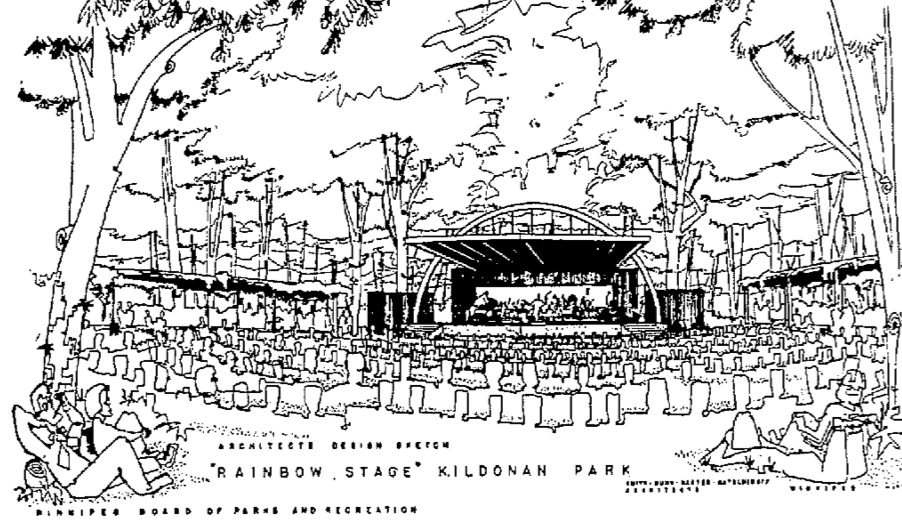 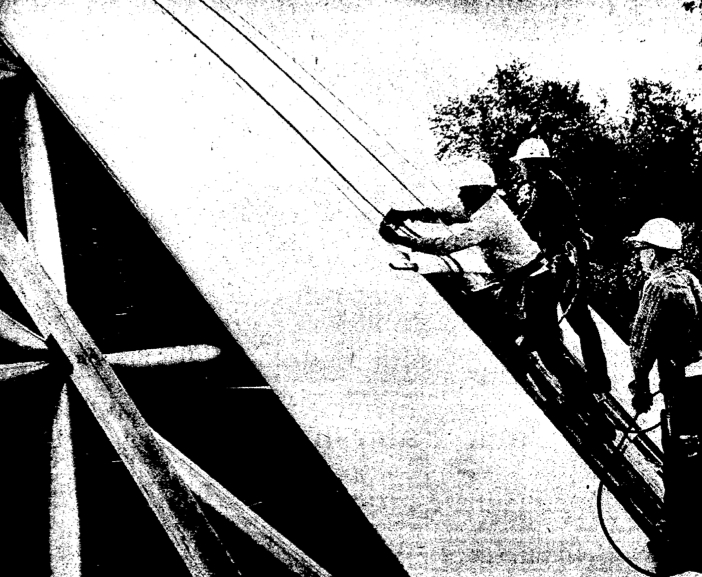 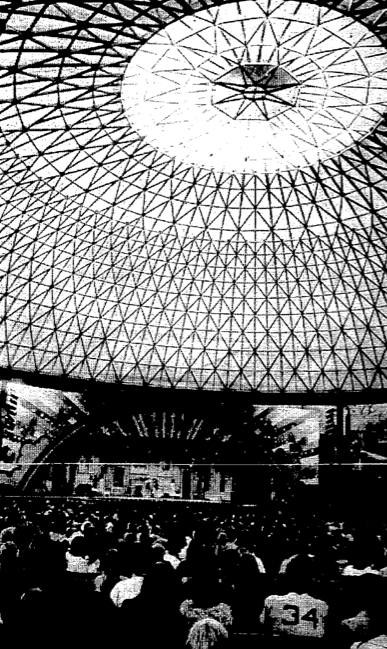 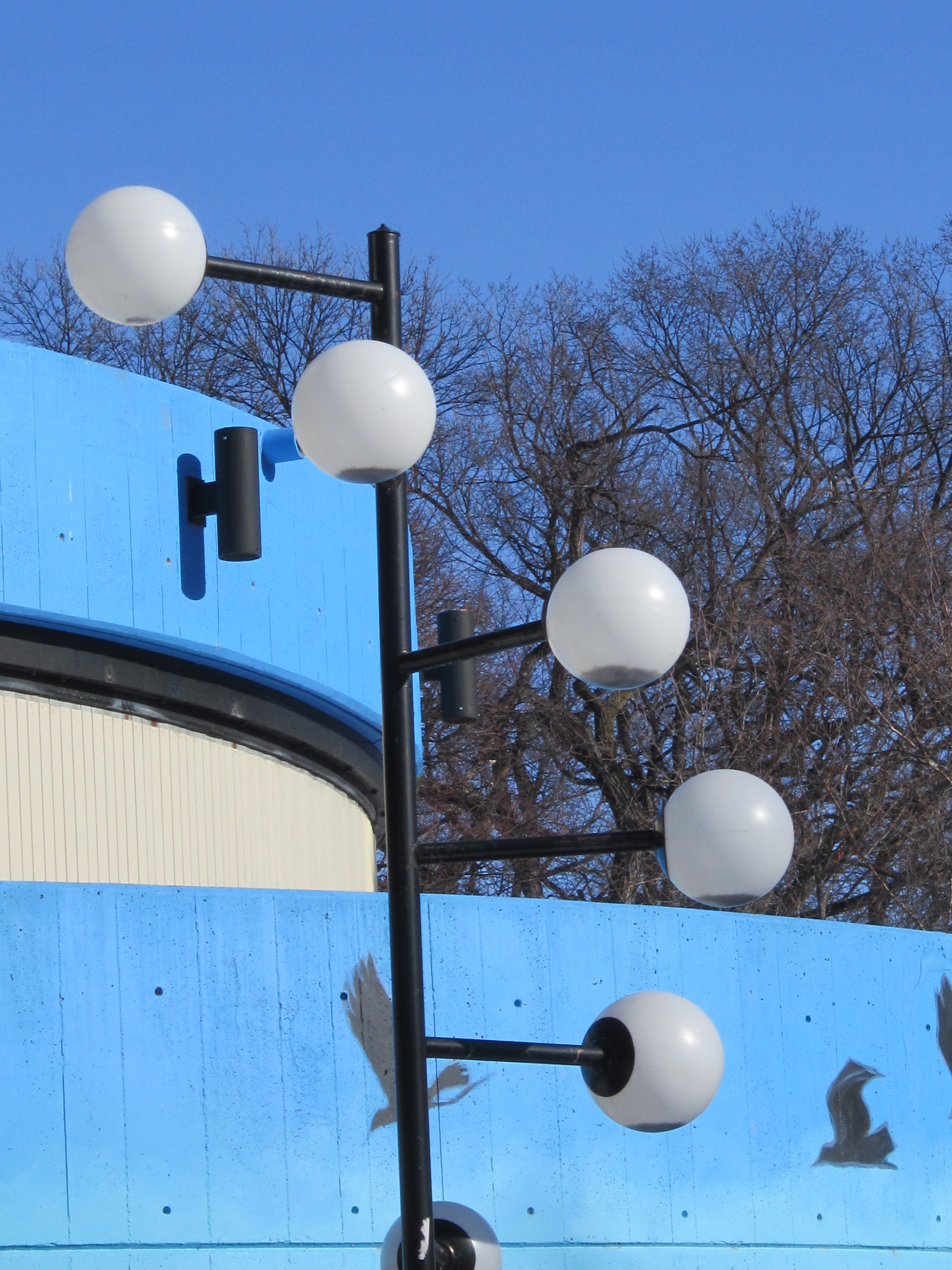 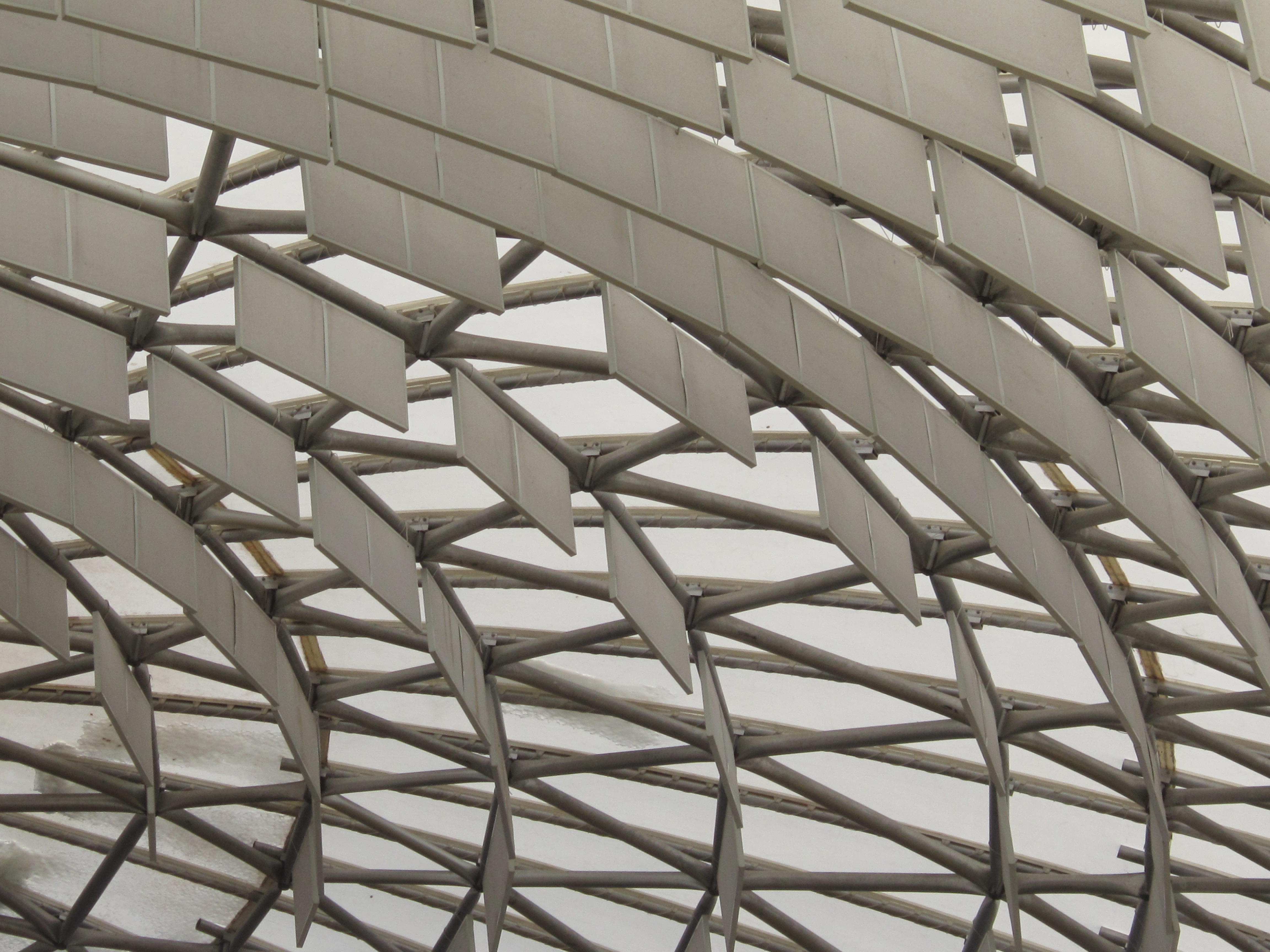 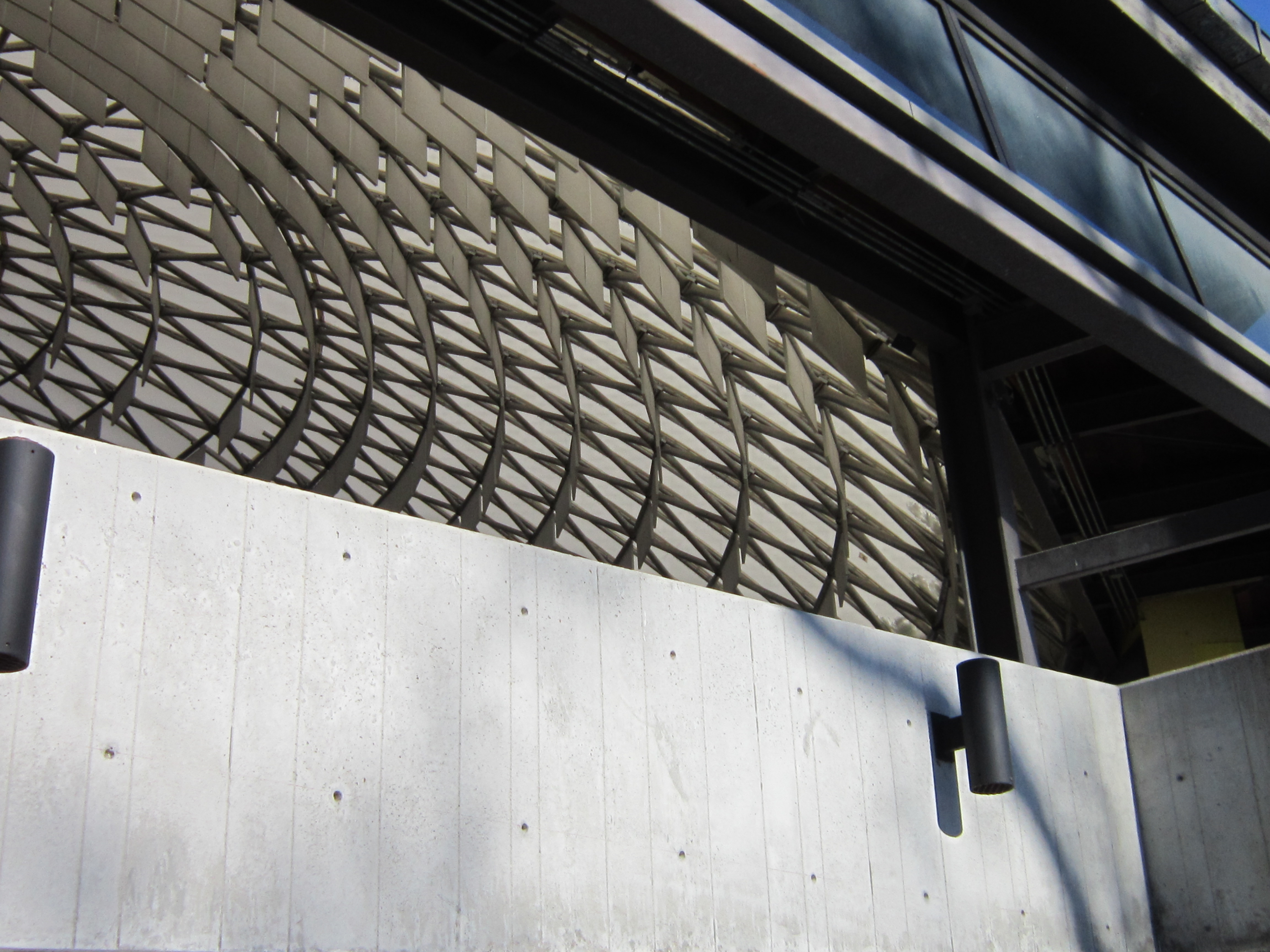 Rainbow Stage, the nation’s oldest and largest outdoor theatre, grew out of the Winnipeg Musicians’ Association, a group which during the 1940s orchestrated summer brass and concert bands in parks across Winnipeg. The impetus for this large performance facility arose in the wake of the 1950 Red River flood, which had damaged bandstands in the city’s Assiniboine and Kildonan Parks. Building on work done by the Winnipeg Musicians’ Association, the Civic Music League and its president, Oliver M. Day, and the Winnipeg Parks Board and its superintendent, Thomas R. Hodgson, the latter park was ultimately selected as the right site for a more permanent and impressive stage. The architects selected, the local firm of Smith, Munn, Carter, Katelnikoff from the beginning brought a modernist disposition to the project. They also brought about the company and building’s name, Dennis Carter remarking, as he looked at one model, how lights strung along the proscenium arch might give the impression of a rainbow at night. Construction, with funding from the Provincial Flood Fund and civic and Chamber of Commerce sources, began in 1951 and wrapped up in 1954. An official opening took place on July 7th of that year, which also brought the founding of the not-for-profit theatre company that calls the building home.

Momentum for the construction of a dome over the stage began in the 1960s, John Douglas, the President of Rainbow Stage Productions first making this request of the Metro council in 1965 in order to assure performances regardless of weather conditions. This initiative eventually led to the building of a triodetic dome, made up of an aluminum frame, in 1970. The dome, over 48 metres wide and which rises over twelve metres above the Stage’s 2,600 seats, is held aloft by twelve latticed girder columns set at its perimeter. Its components were purchased from a Michigan firm which specialized in such constructions. Similar in design to the dome designed by Buckminster Fuller which housed the American pavilion at the 1967 in Montreal, the structure arose once the theatre company was granted the necessary $175,000 in civic funding in earlier 1970. Further funds coming from the theatre company itself. The designer of the dome was local architect Jack Ross; the contractors selected to complete the work were North American Builders. The revamped facility was officially opened in July of 1971, dedicated by Premier Ed Schreyer in honour of two late Rainbow Stage directors: James Duncan and Allyn Rossen.

Originally the dome was topped by a fabric cover, which, outliving its projected five-year lifespan, proved penetrable by rain. This skin was replaced with a plastic cover in 1977-78 at a cost of approximately $250,000. The mid-1970s also brought significant further renovations and alterations, with the addition of new washrooms, a box office, new seats and other amenities. These facilities, also designed by Ross, were completed in manner which recalls the then-popular Brutalist approach, with the extensive use of exposed concrete which bears the imprint of the wooden form-work used during construction. This area also possesses a pleasantly serpentine aspect, its walls meandering in plan and in section, lending a lyrical presence appropriate to a musical venue and the park itself. A commemorative arch of timber stands outside the Stage, erected in 1988, a replica of that which sheltered the 1950s structure and gave the company and building its name.