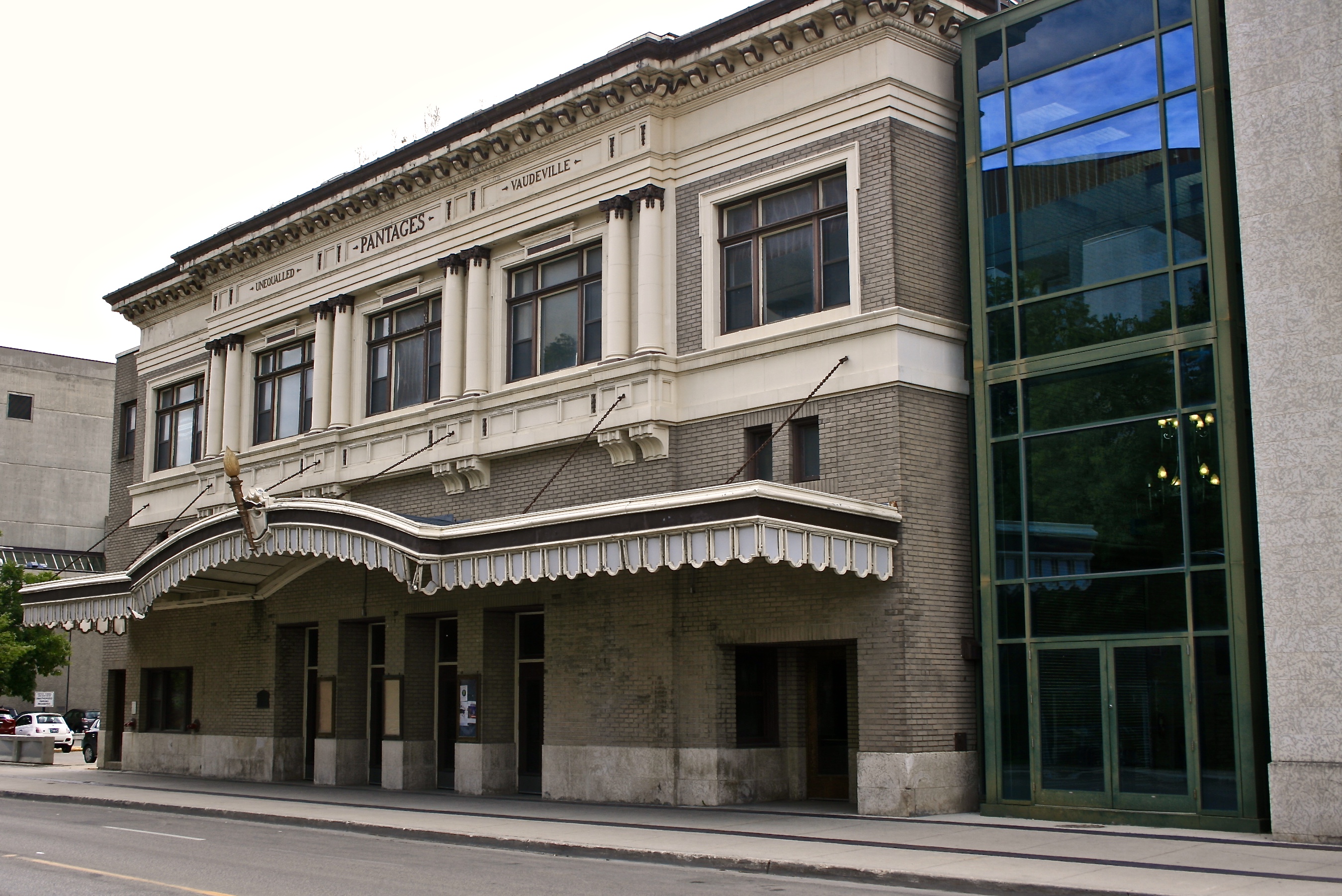 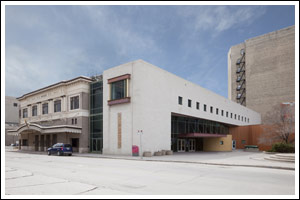 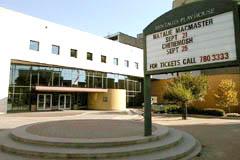 Built by Alexander Pantages between 1913 and 1914 at a cost of nearly $250,000, the theatre was very prominent on the Pantages Vaudeville circuit. Seating 1,773 patrons, the Pantages Playhouse is the last remaining Pantages theatre in Canada and one of only six remaining in North America. As vaudeville waned and the popularity of movies increased, it marked the end of the Playhouse as it was originally conceived. It closed briefly in 1923, to reopen for local performances only and, in 1935, the Playhouse was taken over by the City of Winnipeg for tax arrears. A large canopy fronts the entire Market Avenue façade of the building, which is otherwise elegantly restrained in a palette of tan brick and cream coloured terra cotta. The restrained exterior is a foil to the splendour of plaster, wood, and gilded surfaces, which grace the lobby and the lavish auditorium with its large proscenium stage.

In 1992, an addition added office and rehearsal space to the west side. The addition, which includes the Korol Theatre rehearsal space, connects to the theatre by an atrium, which serves as a foyer and provides a large gathering space for receptions. The 1992 addition is best understood in plan as an extension of the stage curtain, realized in a curving copper wall drawn out towards Main Street and sweeping around the rounded, recessed rehearsal space. The exterior plaza continues this mimicry of the stage curtain with pavers laid in curvilinear patterns. One of the best examples of Post-modern architecture in Winnipeg, the addition makes reference to the original building on Market Avenue with a modern interpretation of the engaged columns and windows.