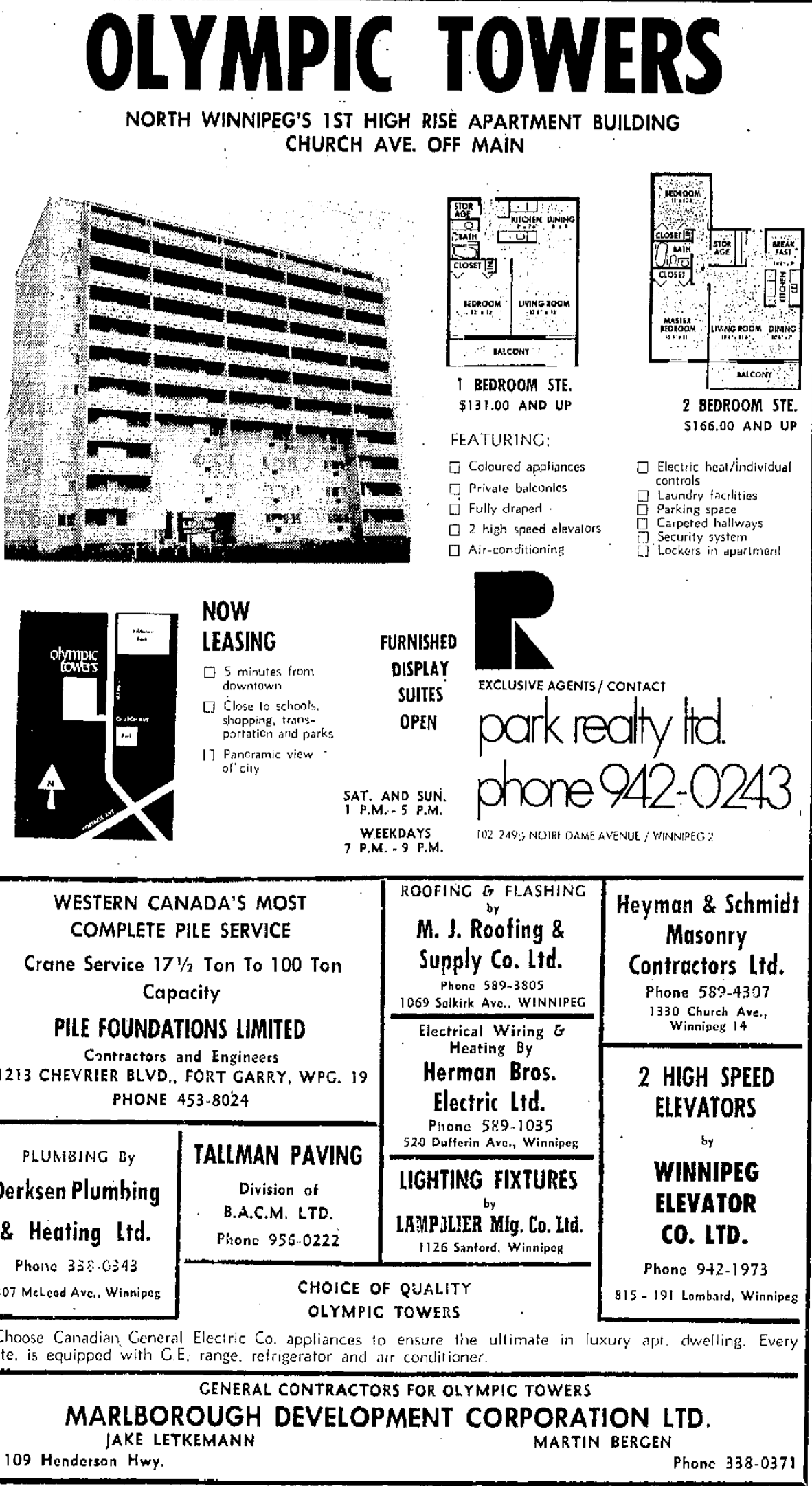 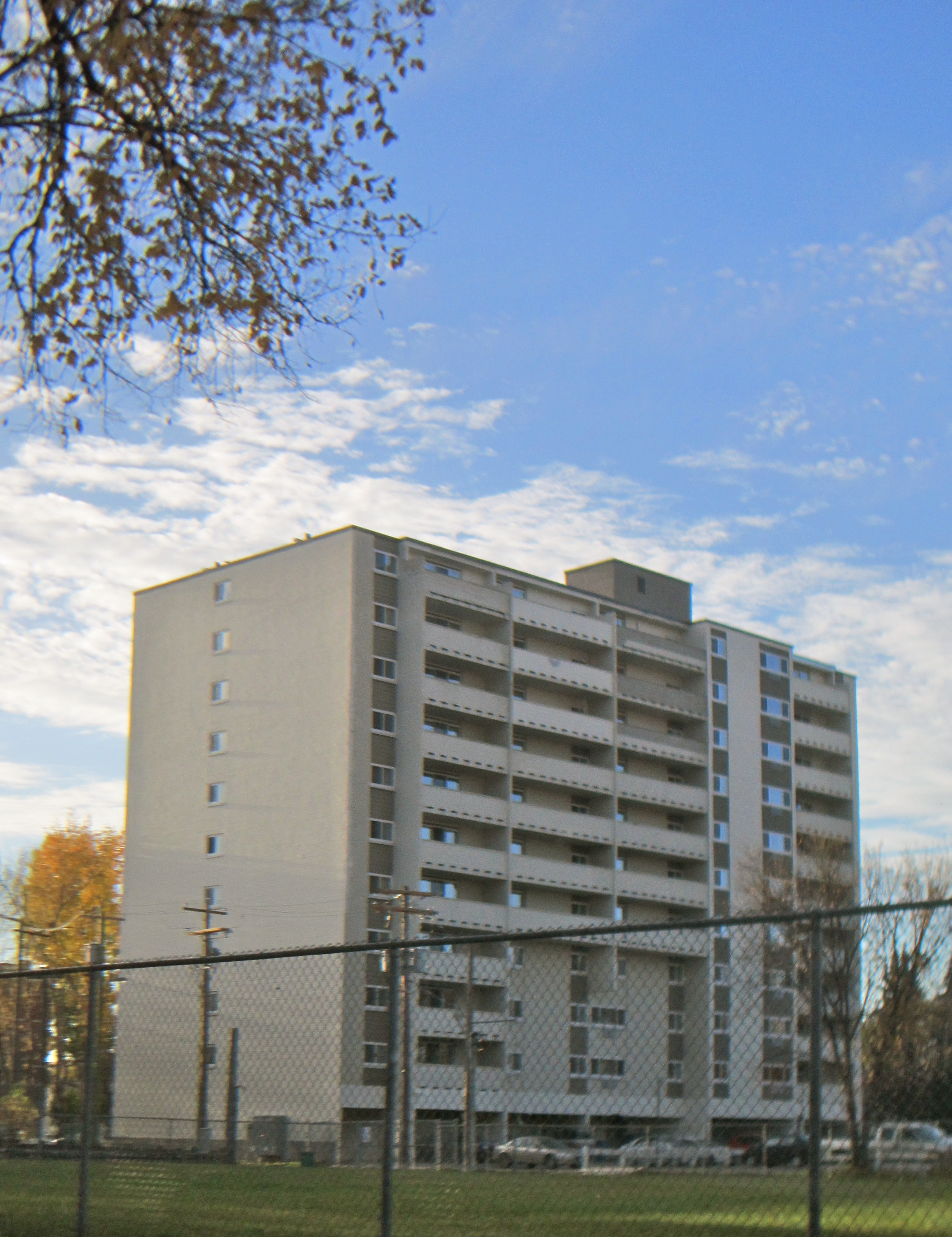 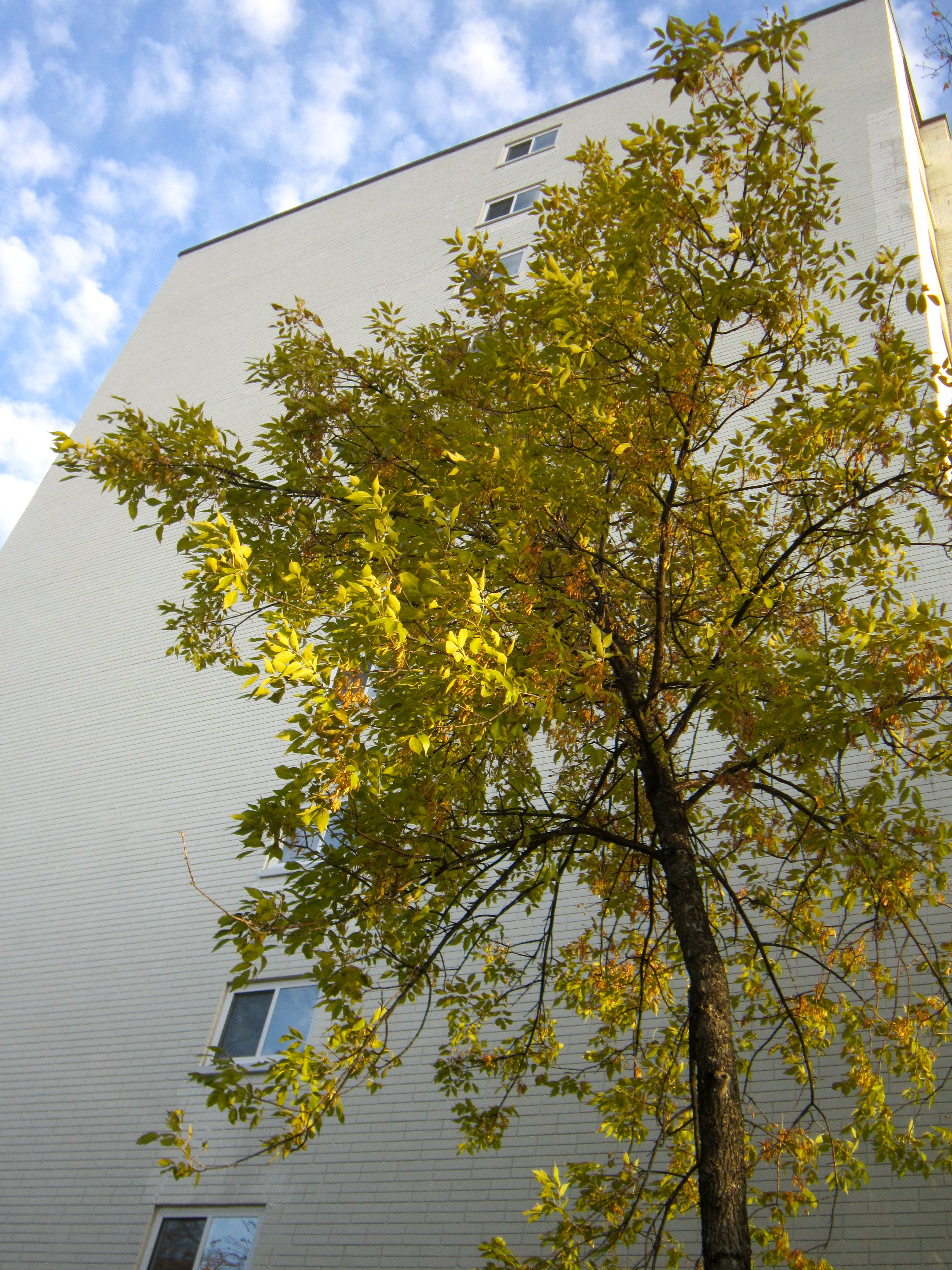 The building takes its name from the former Olympic Rink, an ice rink that had previously occupied the site. The block, clad in brick, is a spare form, featuring sheltered balconies on the east and west elevations and large unembellished façades to the north and south. Breaking up the visual effect of the east and west elevations is the use of stripes of darker-toned brick and the creative massing of balcony blocks. Period marketing deemed the building "a blend of the old and the new, spelling space age convenience and old fashioned warmth." One selling feature was the block's status as North Winnipeg's first apartment complex to feature electric heat. To mark the opening of the building, hockey stars Billy Mosienko and Fred crossed sticks as Jack Dunn, a veteran Manitoba sports official, dropped a ceremonial puck. It was reported at the time that in an effort to preserve the rink's traditions, Park Realty Limited, set aside on the ground floor area for a special "Hall of Fame" room.