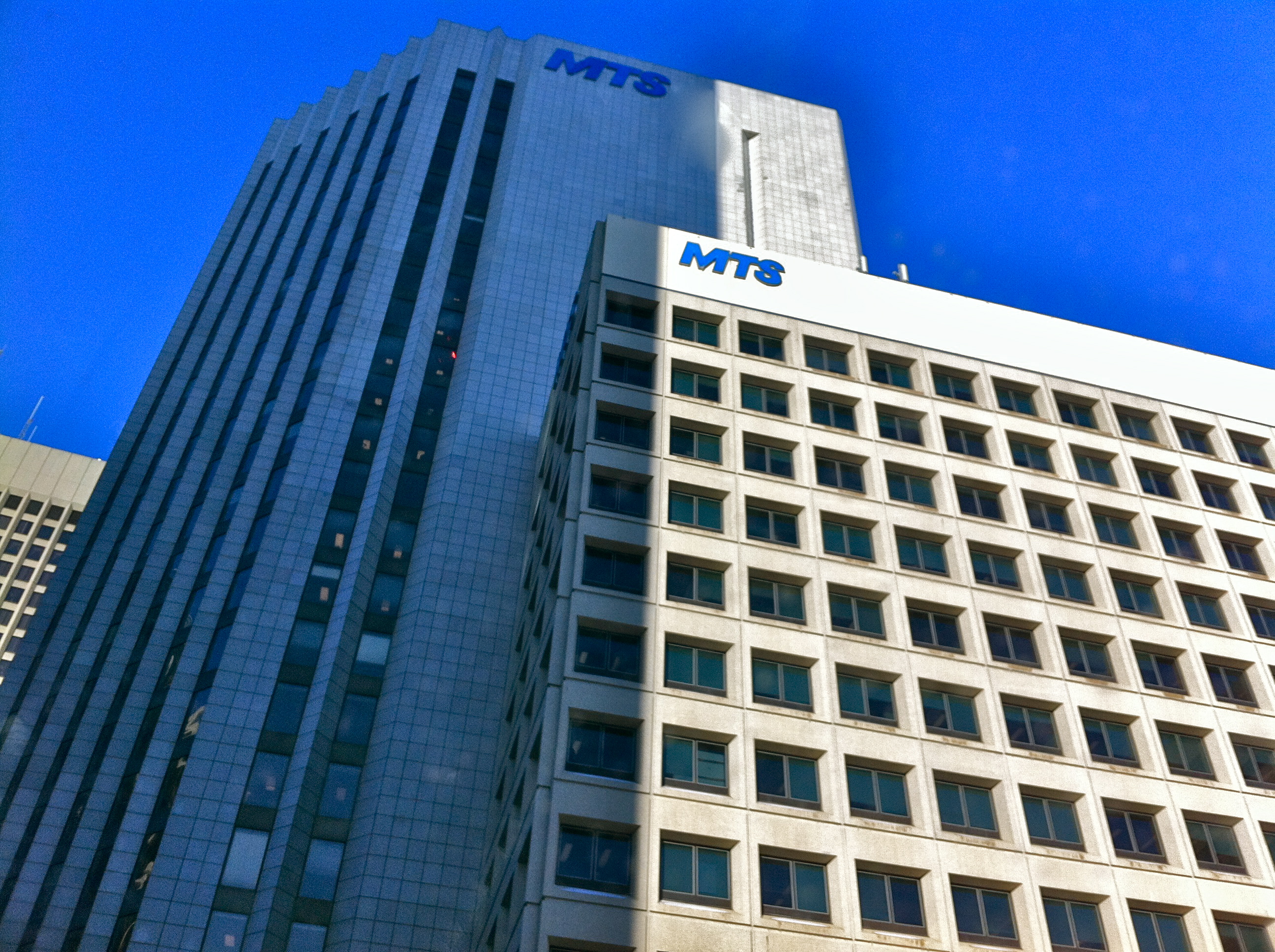 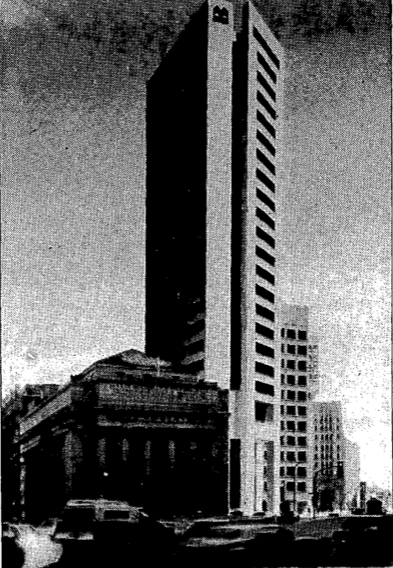 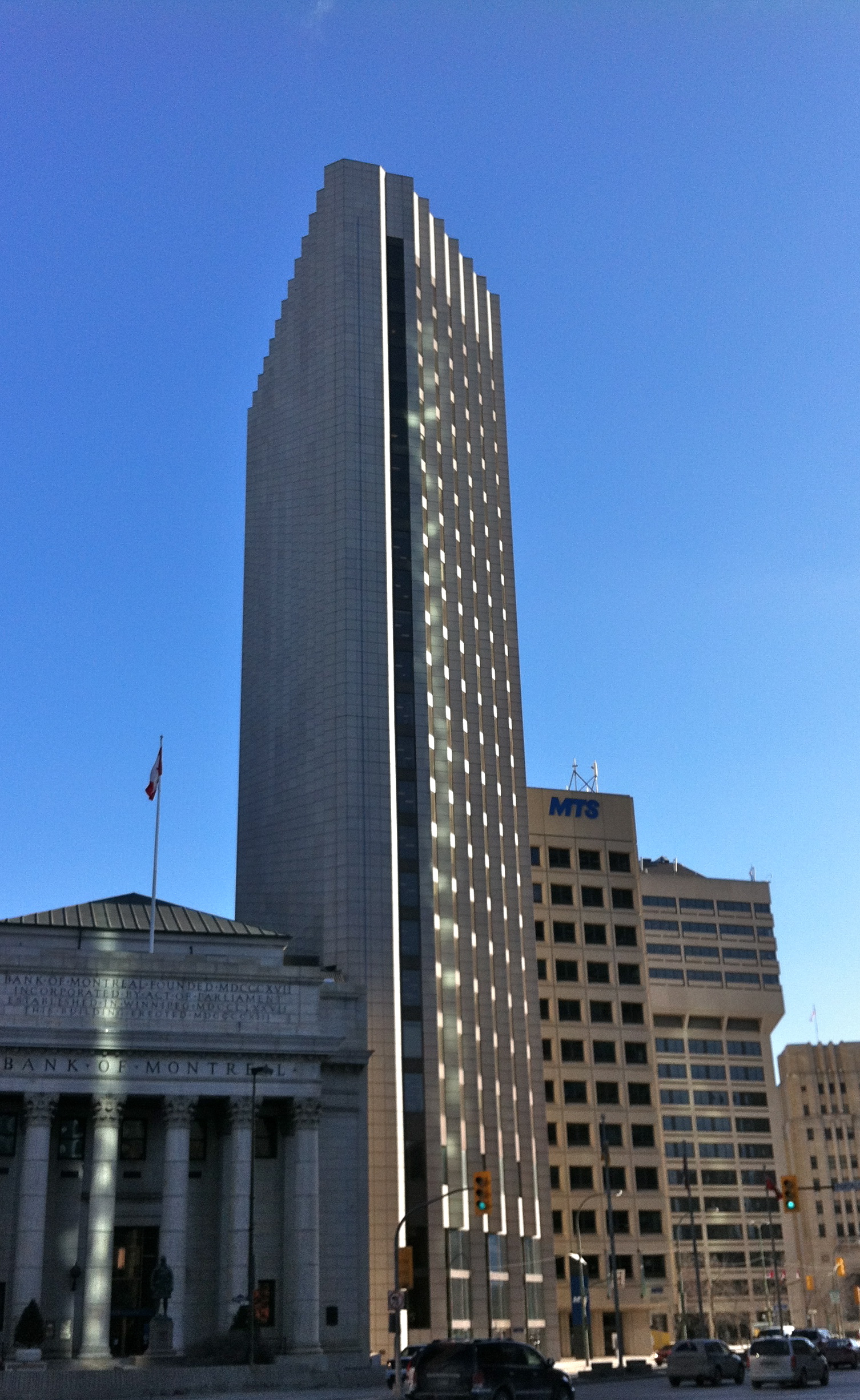 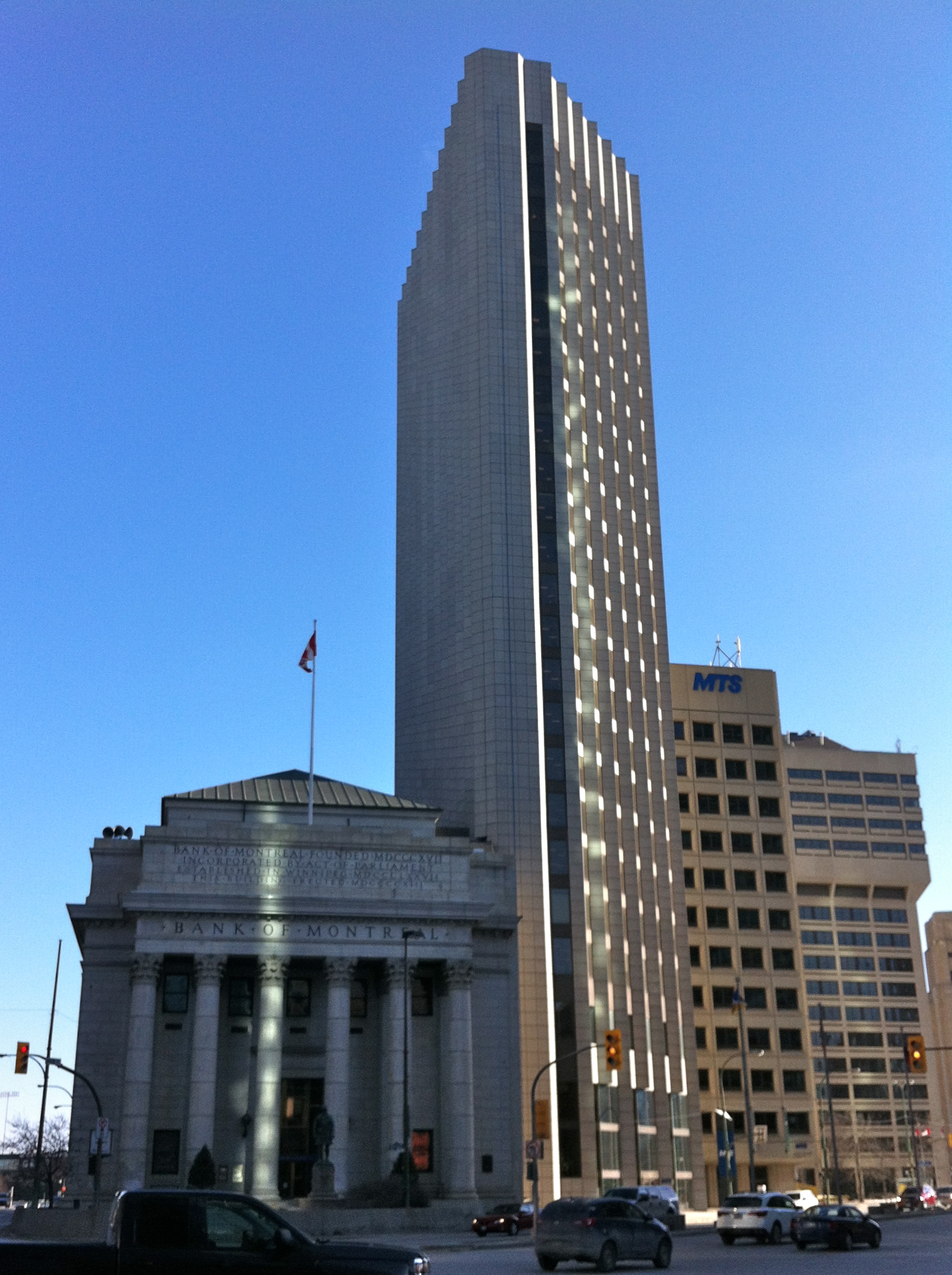 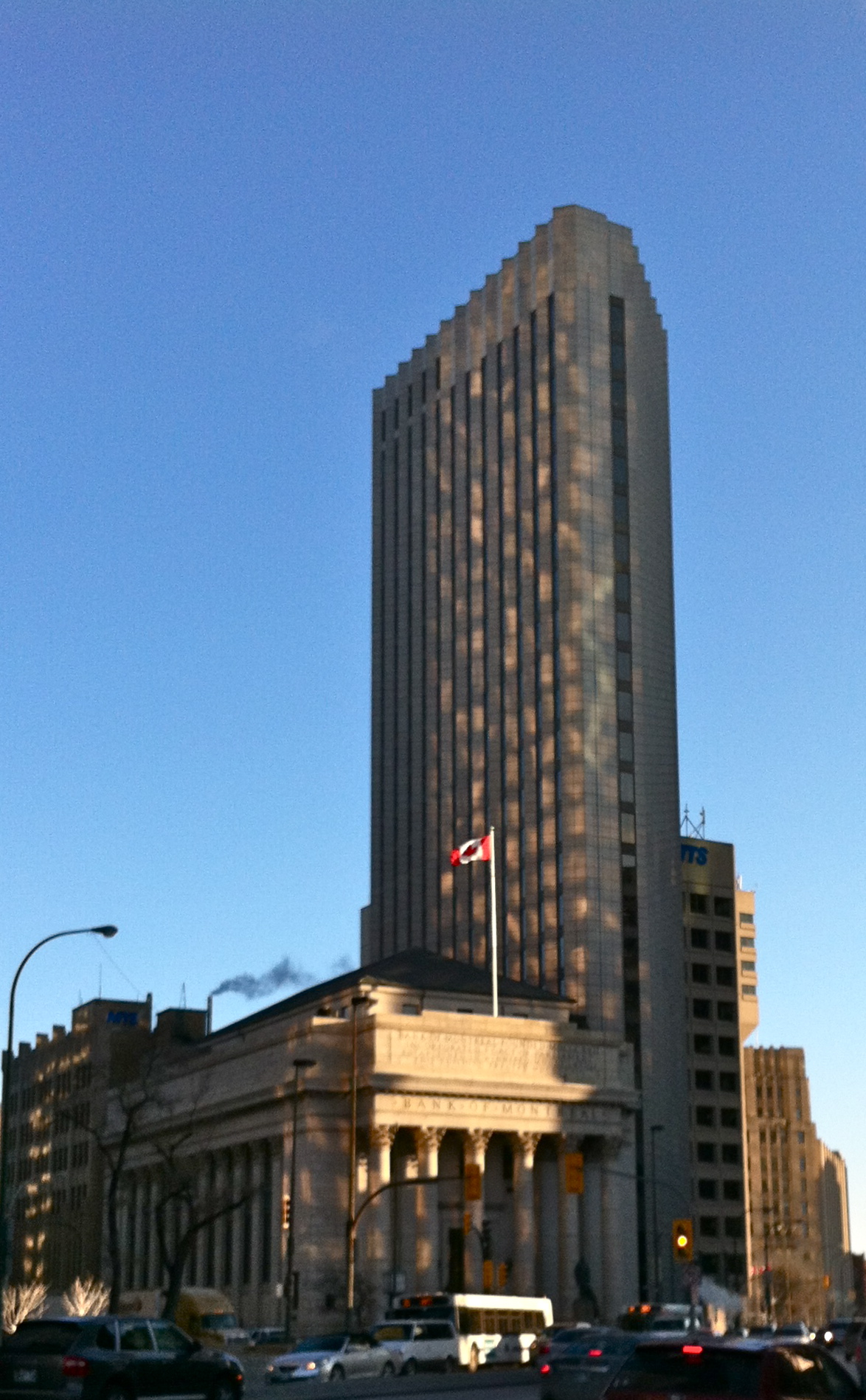 Plans for this tower, located at the prominent Winnipeg corner of Portage and Main, were made public in 1981. MTS Place Main was built by the Bank of Montreal at a cost of approximately $16 million. The building occupies a slender site south of the historic 1913 Bank of Montreal building by New York architects McKim Mead White, to which it is directly connected. Clad in polished light grey stone, the building features clean lines and a vertical emphasis, designed in bold and spare late modern fashion. Former University of Manitoba professor Carl Nelson called the building “modern in its form, yet postmodern in its conception” elaborating that it is “a building whose folded exterior skin reflects the tightness of the site while it bursts from the ground and soars above its neighbors; a building modest in its restraint, yet rich in its materials and finishes." Winnipeg Free Press writer Val Werier read the client and architect’s preservation of the McKim Mead White building (and the slender footprint of the new building) as “a refutation of the tenet that nothing must stand in the way of the best economic use of property.” Caissons for 333 Main Street had to be driven down as much as 30 metres deep before the contractors hit a solid limestone base. The building was erected quickly, with new floors poured every four days.