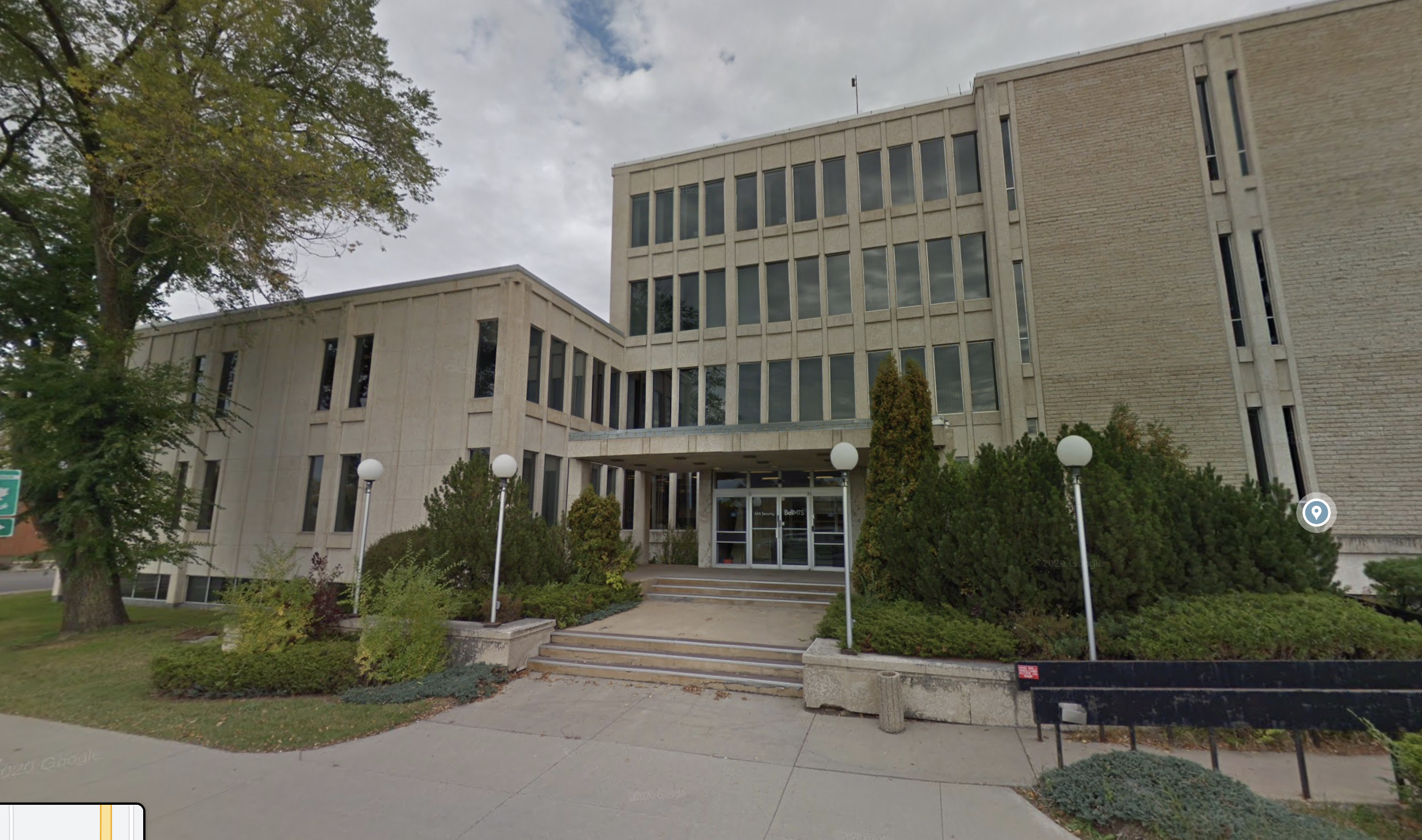 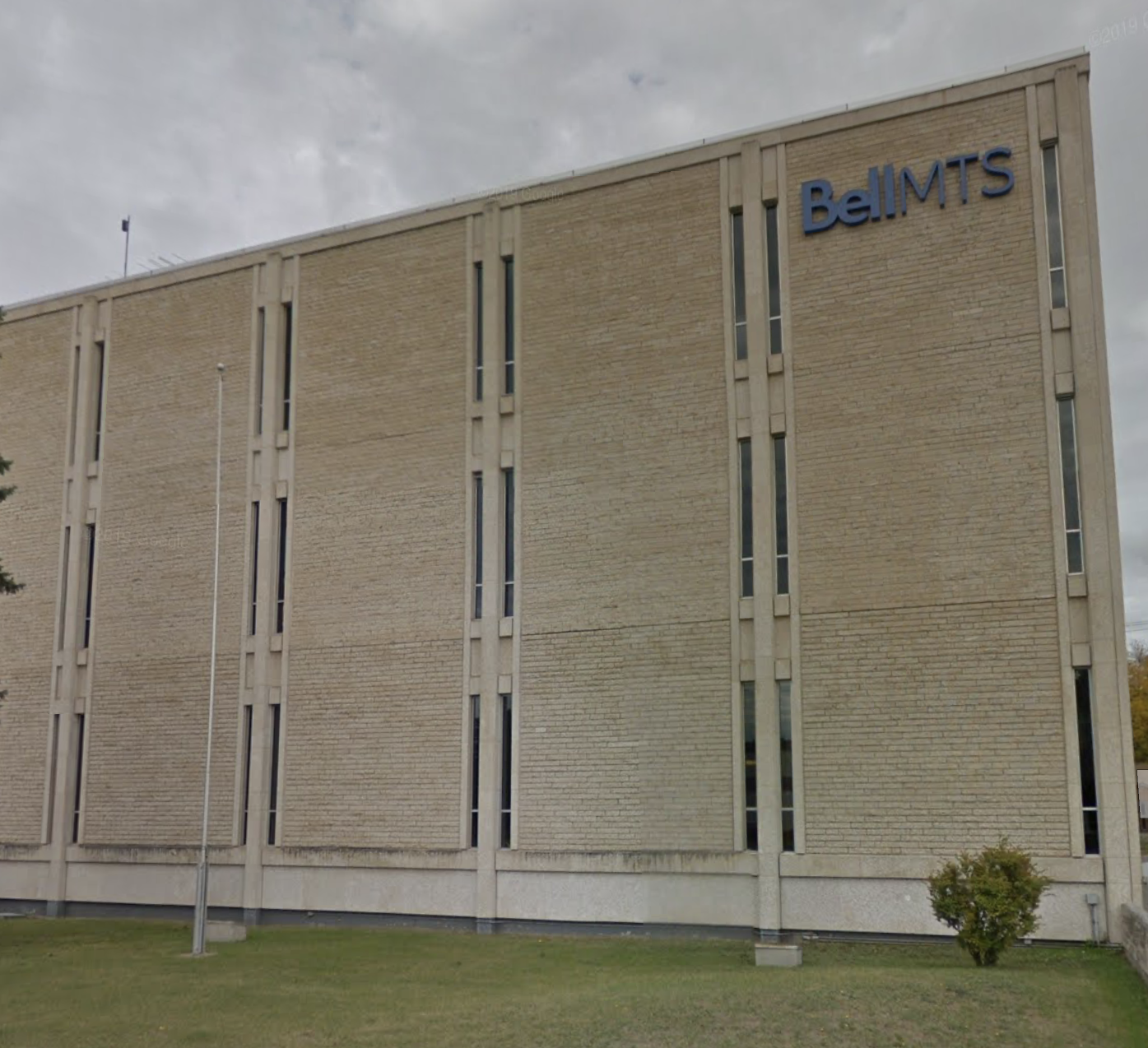 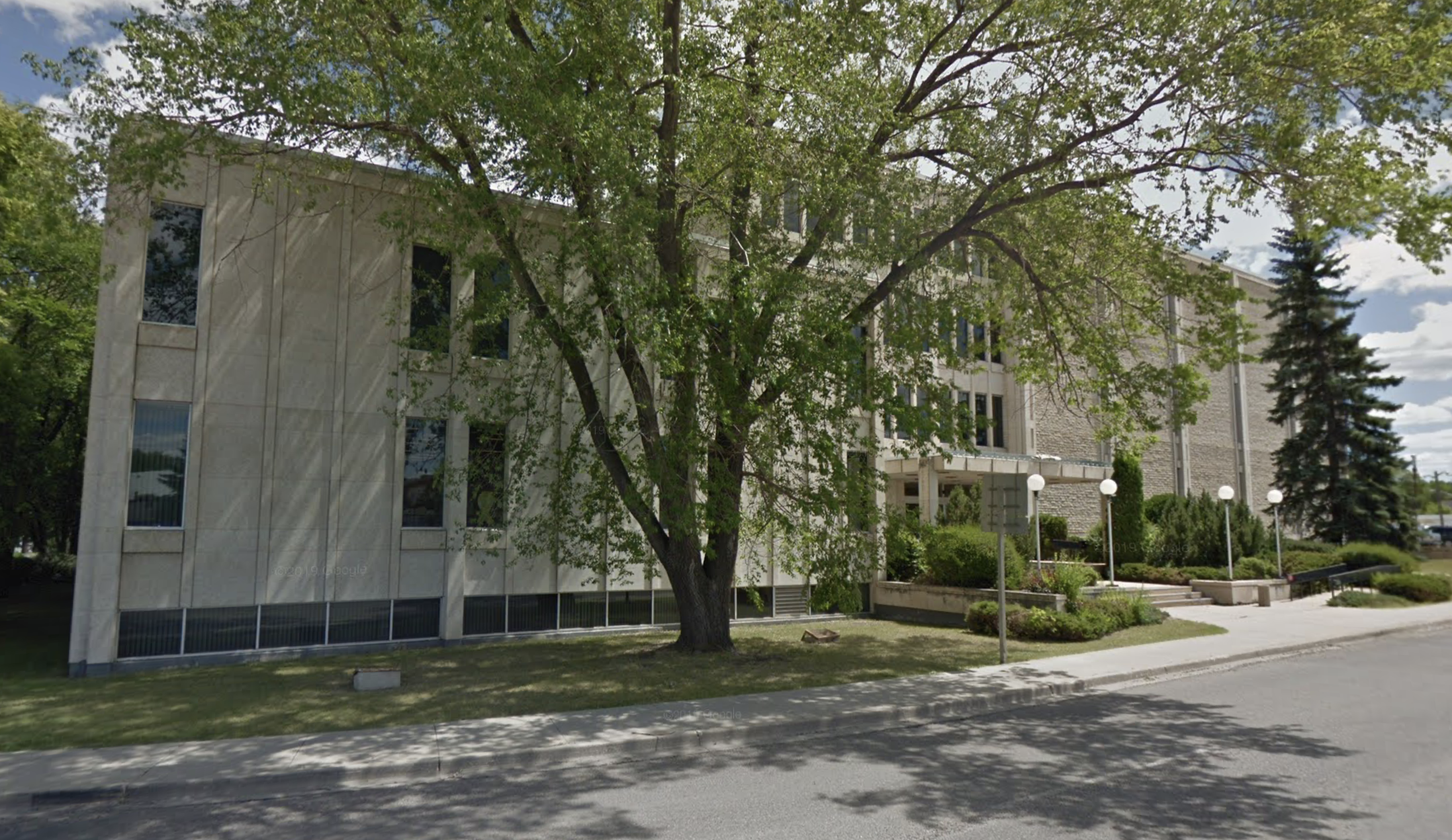 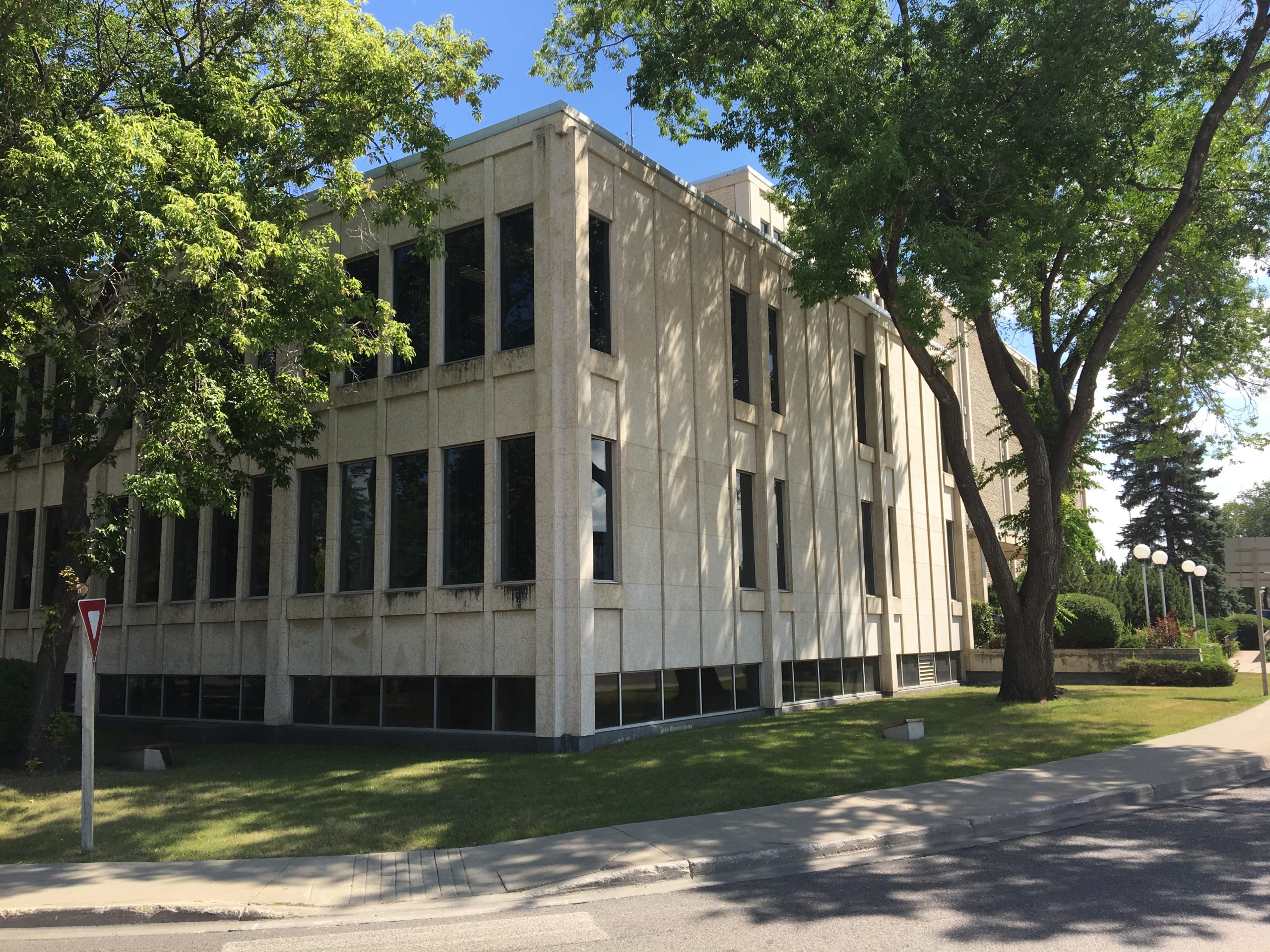 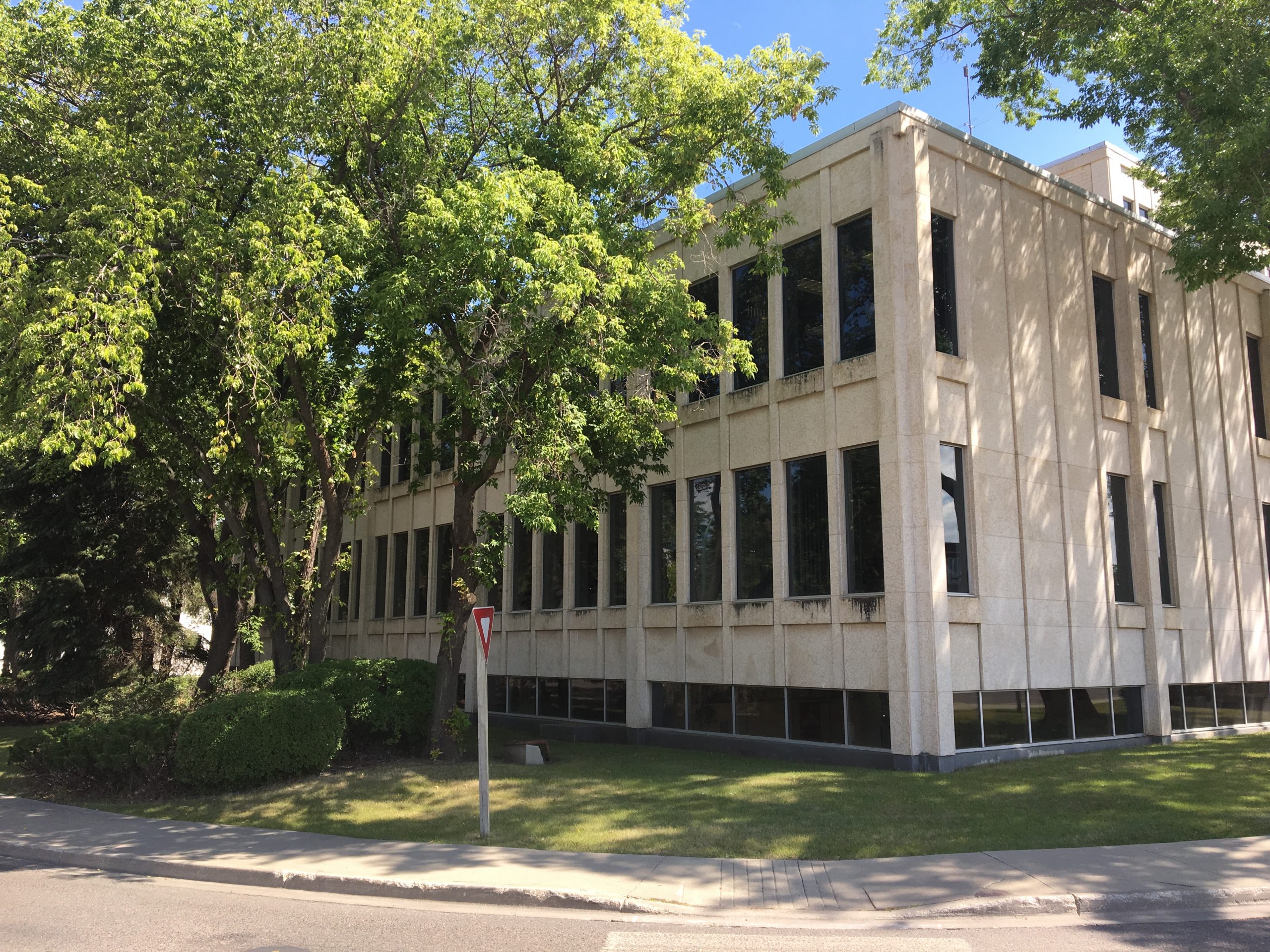 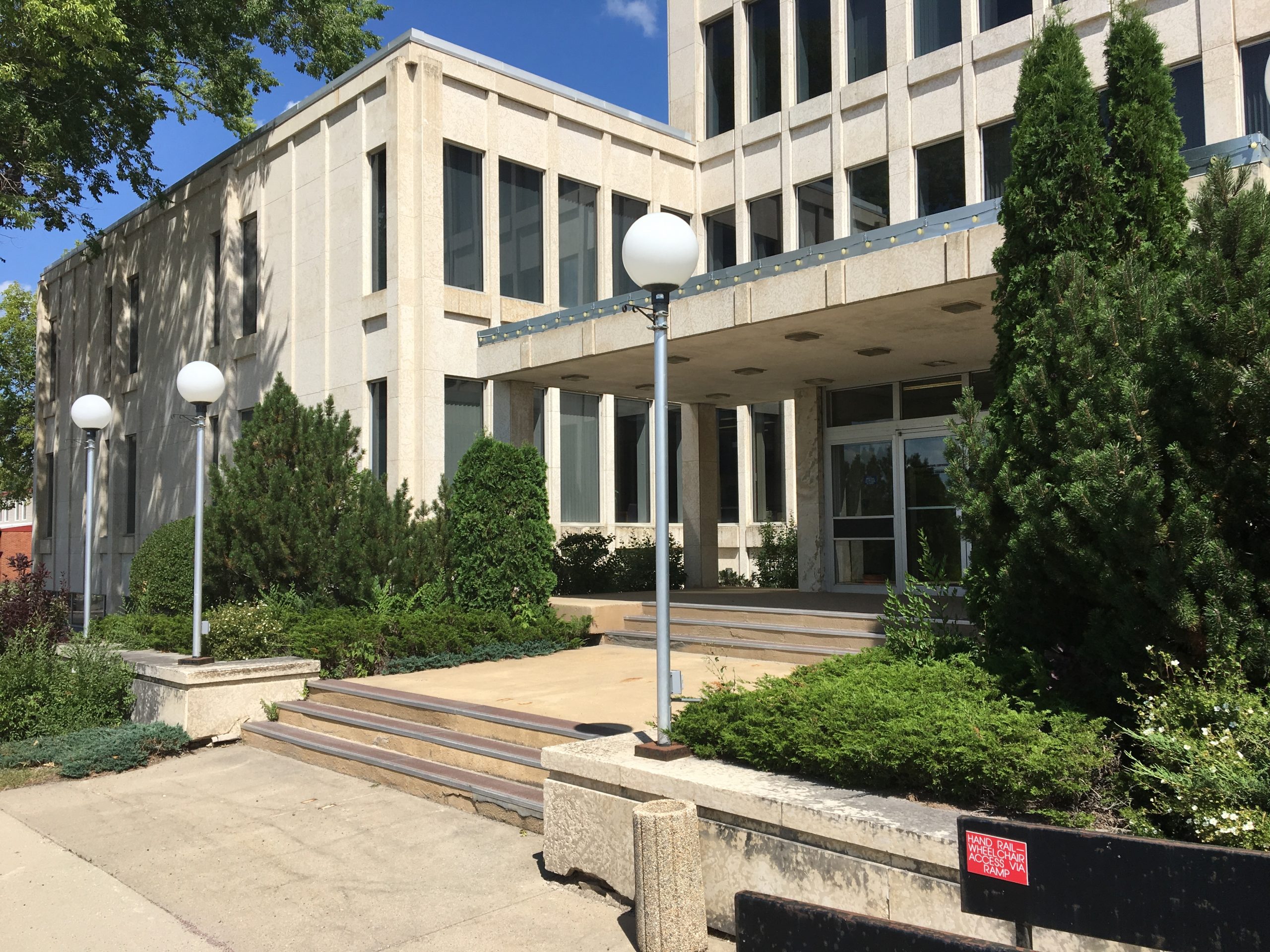 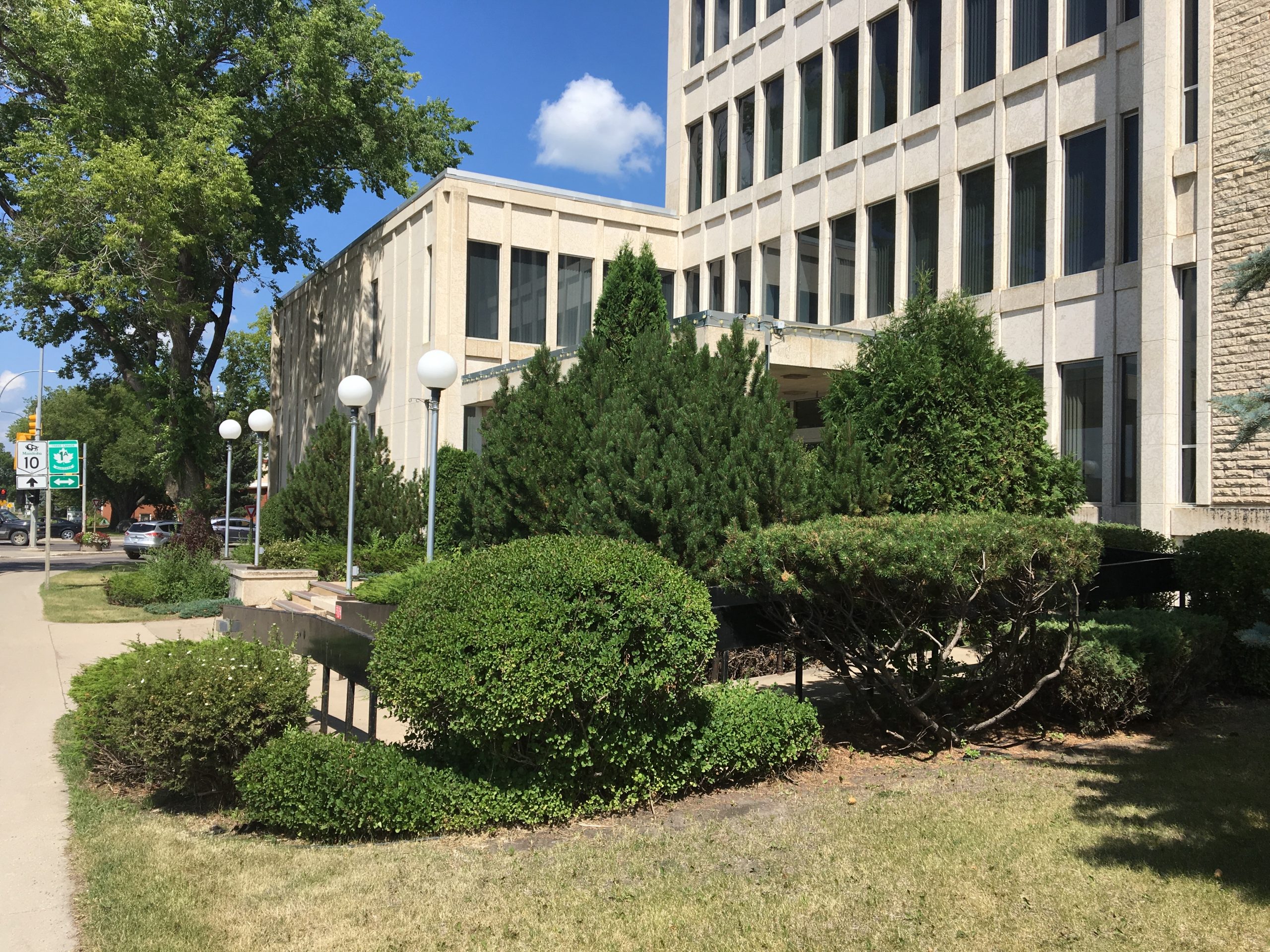 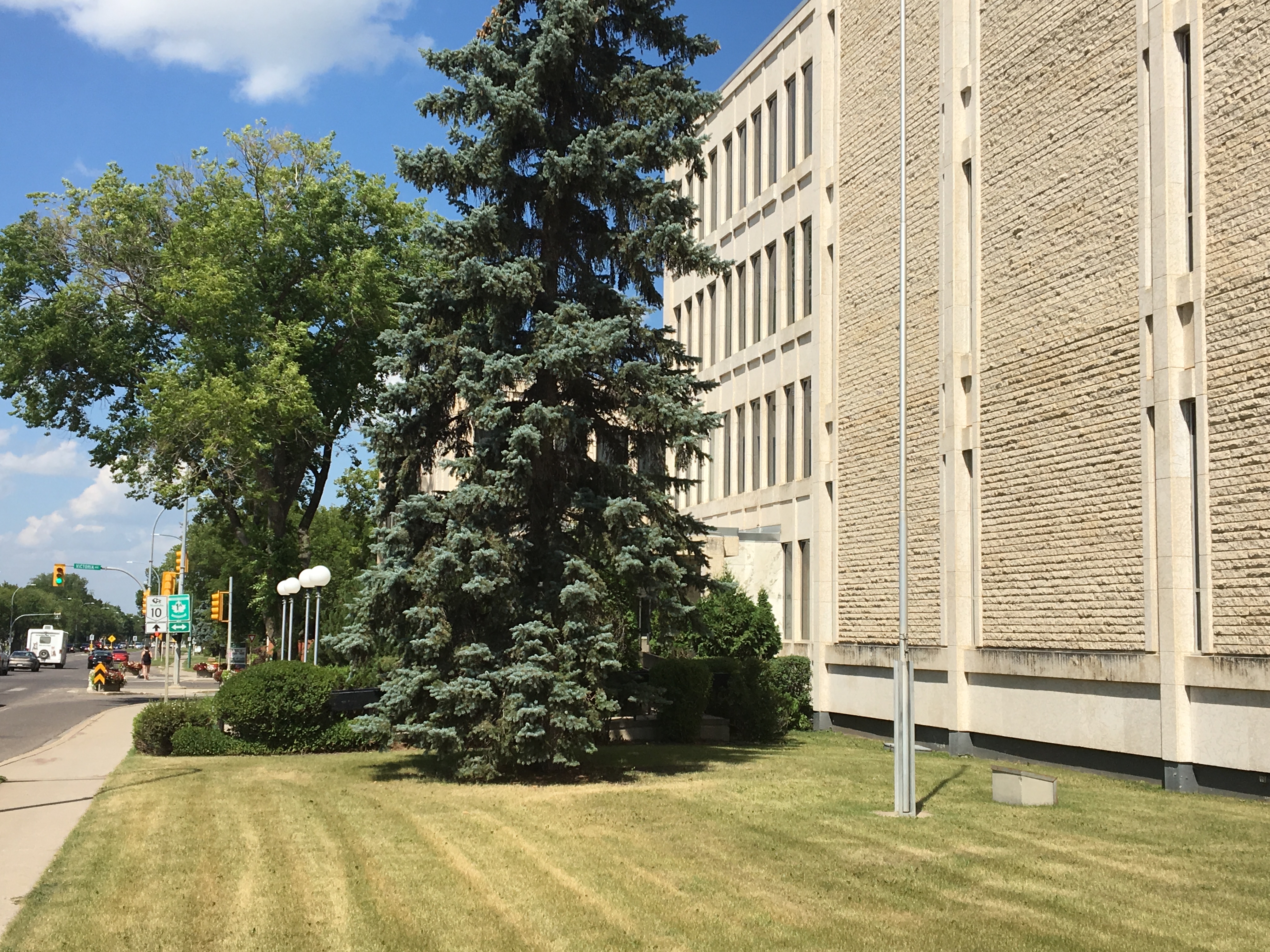 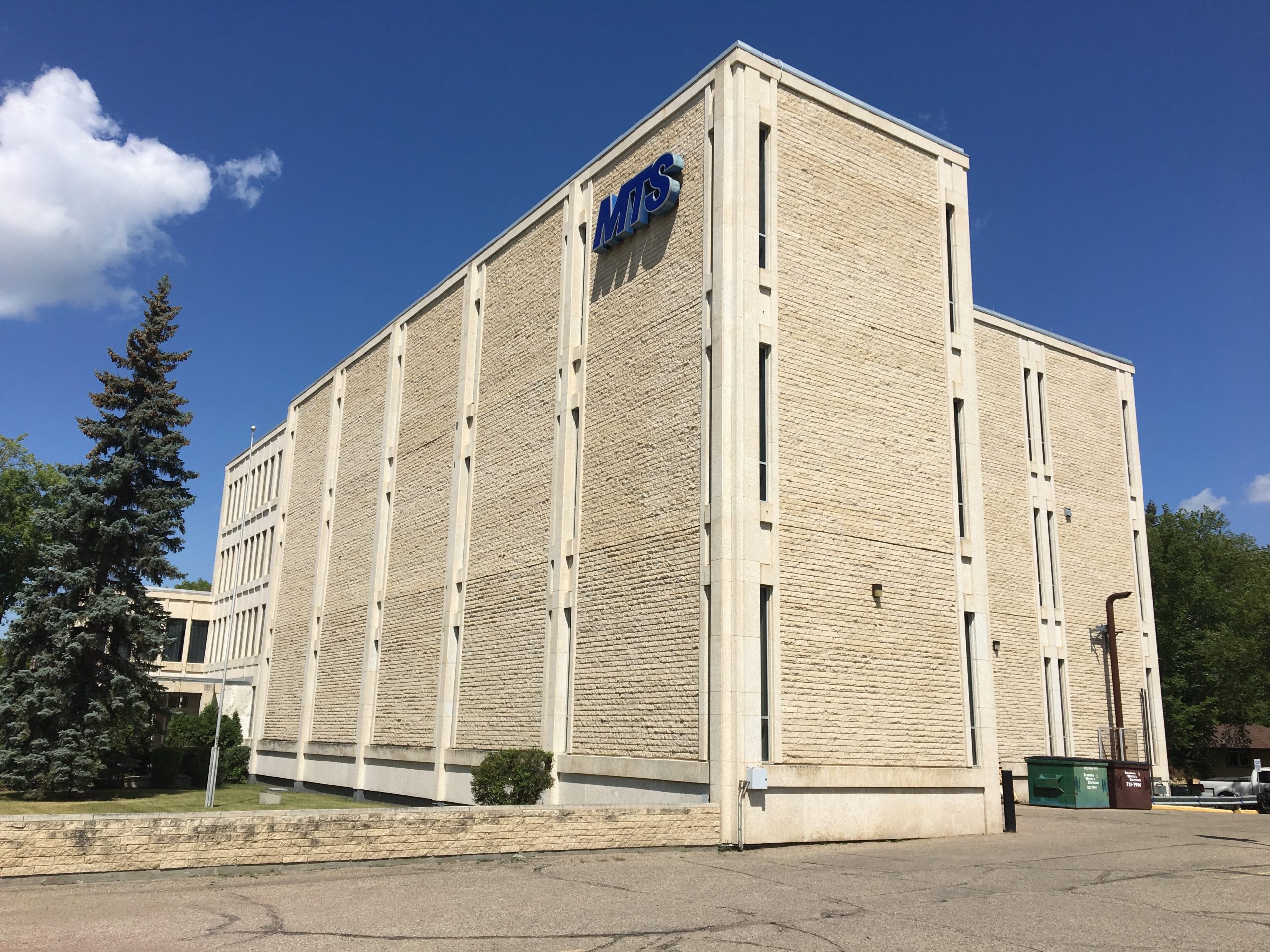 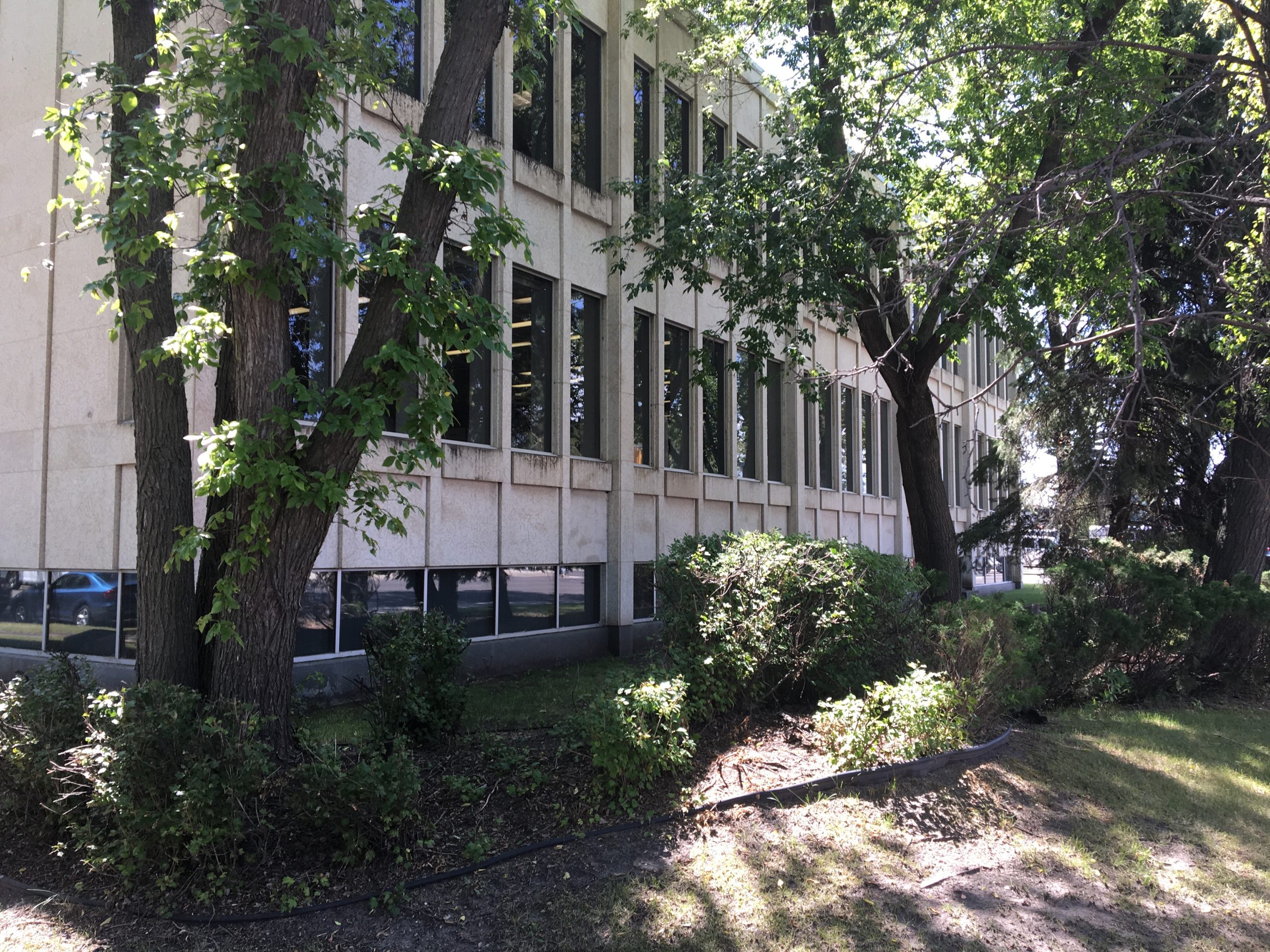 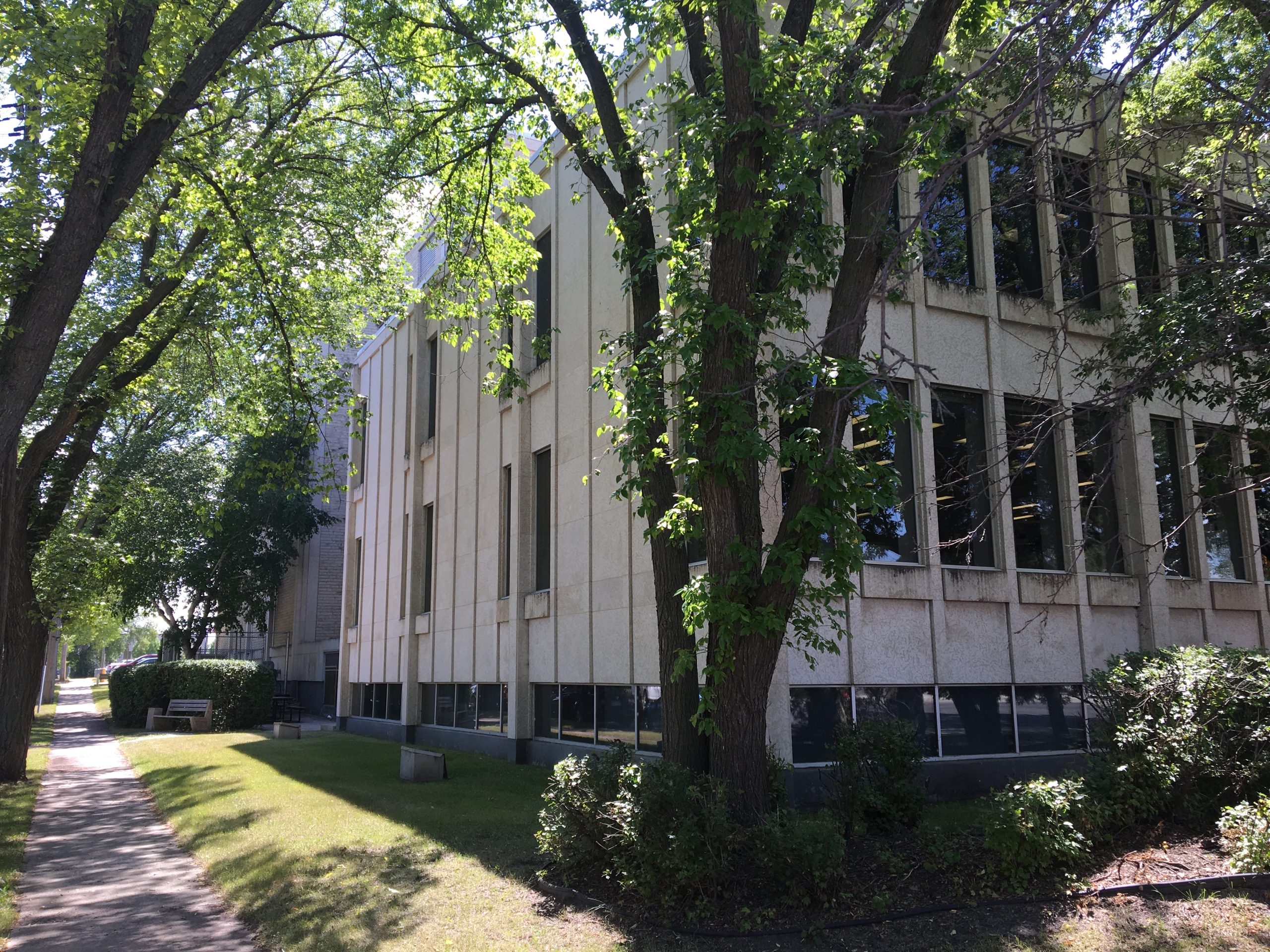 Architects Duncan Rattray Peters Searle designed the Bell/MTS Administration building which opened in 1967. Located at the southeast corner of Victoria Avenue and 18th Street, it is composed of 3 blocks: a 2 storey high office/administration block at the north end of the property facing 18th Street, Victoria Avenue and 17th Street; a 3 storey equipment block at the south end; and a 4 storey service core housing washrooms, elevators and exit stairs which connects the office/administration block to the equipment block.Built for $2.3 million, the Brandon building was to be a "telephone hub" for the province. Touch tone telephones were yo be introduced first in Brandon and then in the rest of the province.

The MTS / Bell building was originally 1 storey high. It was enlarged in 1973/74 to its current height. The expansion provided automated equipment to service the then-growing demand for direct long-distance dialling. The 4 storey service core and the 3 storey equipment block are now the same overall height due to taller than usual storeys in the equipment block.

The entire building is clad in Tyndall limestone and employs different textures, colours and sizes of stone in each of the blocks.

The office/administration block is composed of evenly spaced vertical stone pilasters dividing the north facade into 5 sections and the east and west facades into 3 sections. Continuous vertical stone ribs subdivide each of these sections. Vertically proportioned windows and smooth Tyndall stone panels are set between the ribs so that the north facade is fully glazed, while the east and west facades have a punctuated rhythm of paired windows and stone panels. A horizontal band of windows is located just above the ground on all 3 sides.

The service core has full width windows like the office/administration block on its west facade. Its north and east sides employ split-face ‘bricks’ similar to the equipment block. A broad canopy cantilevers over the main entrance facing 18th Street.