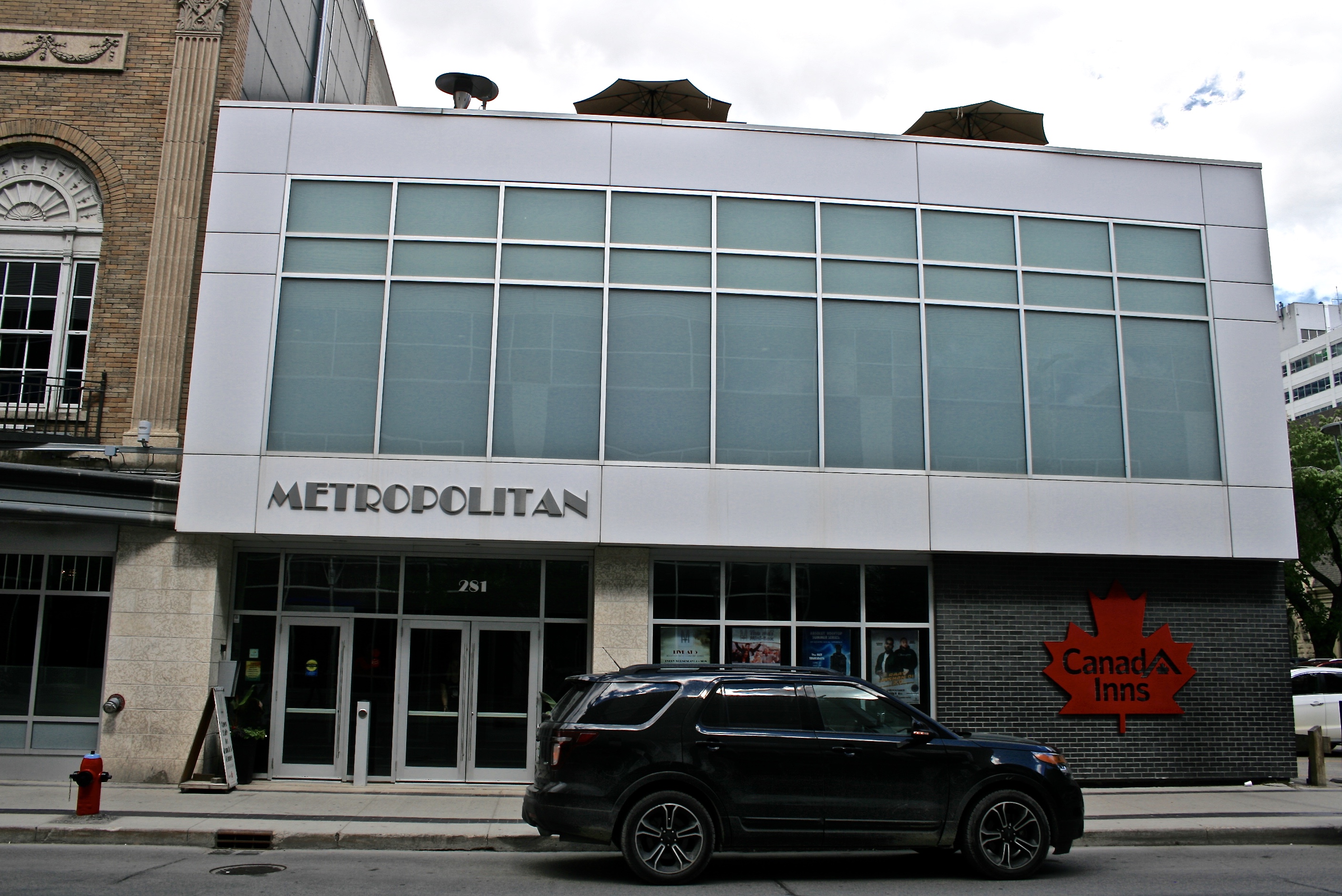 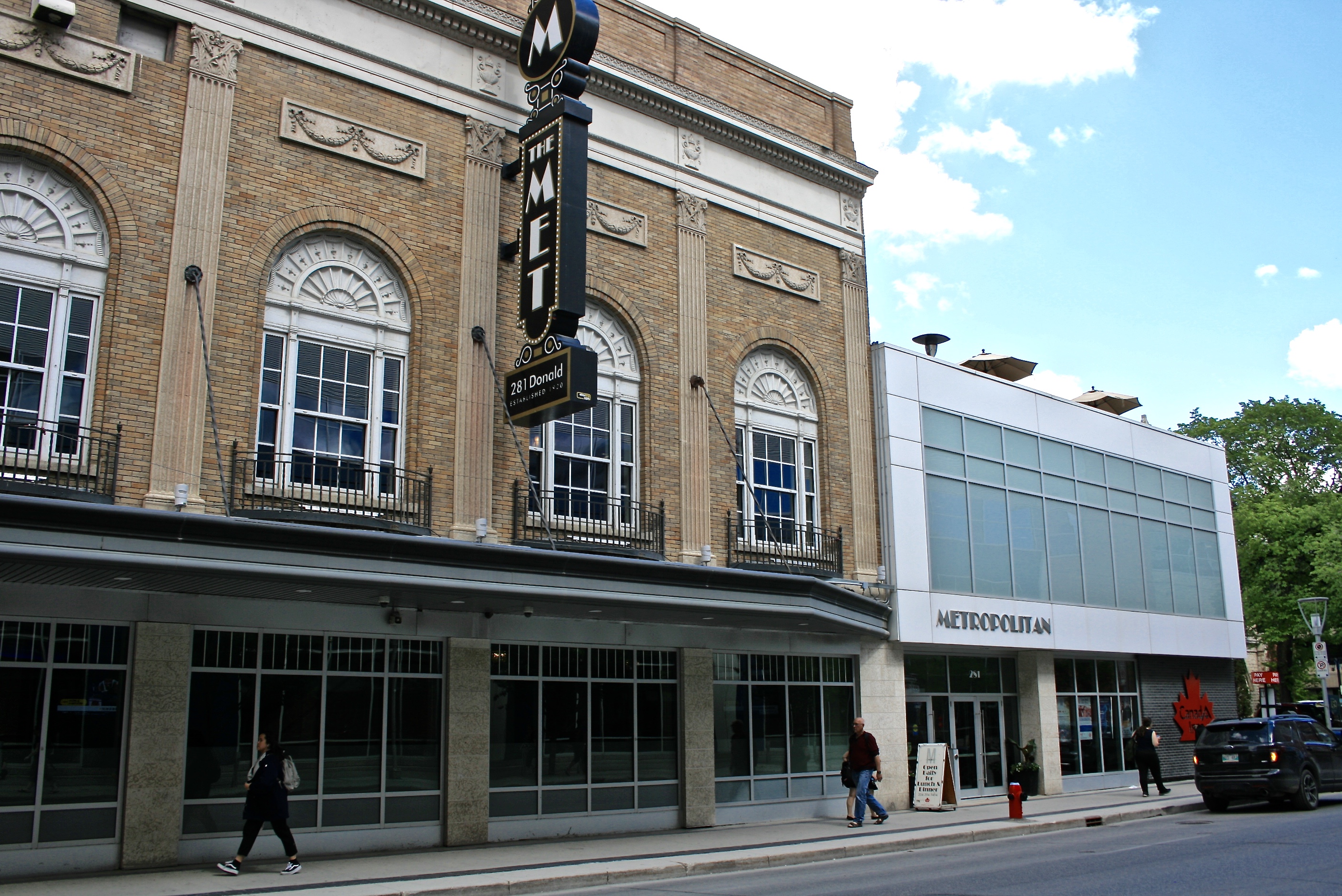 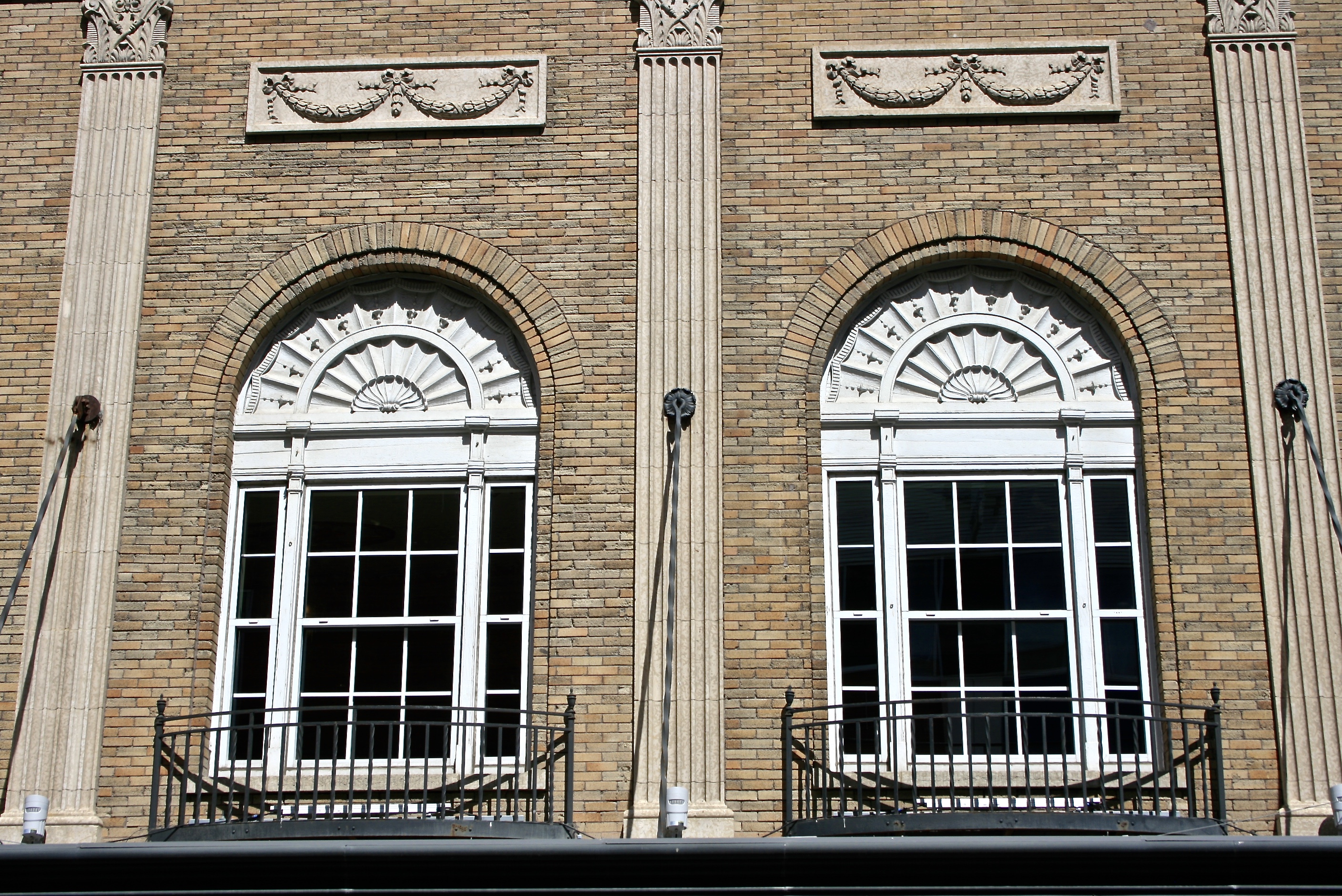 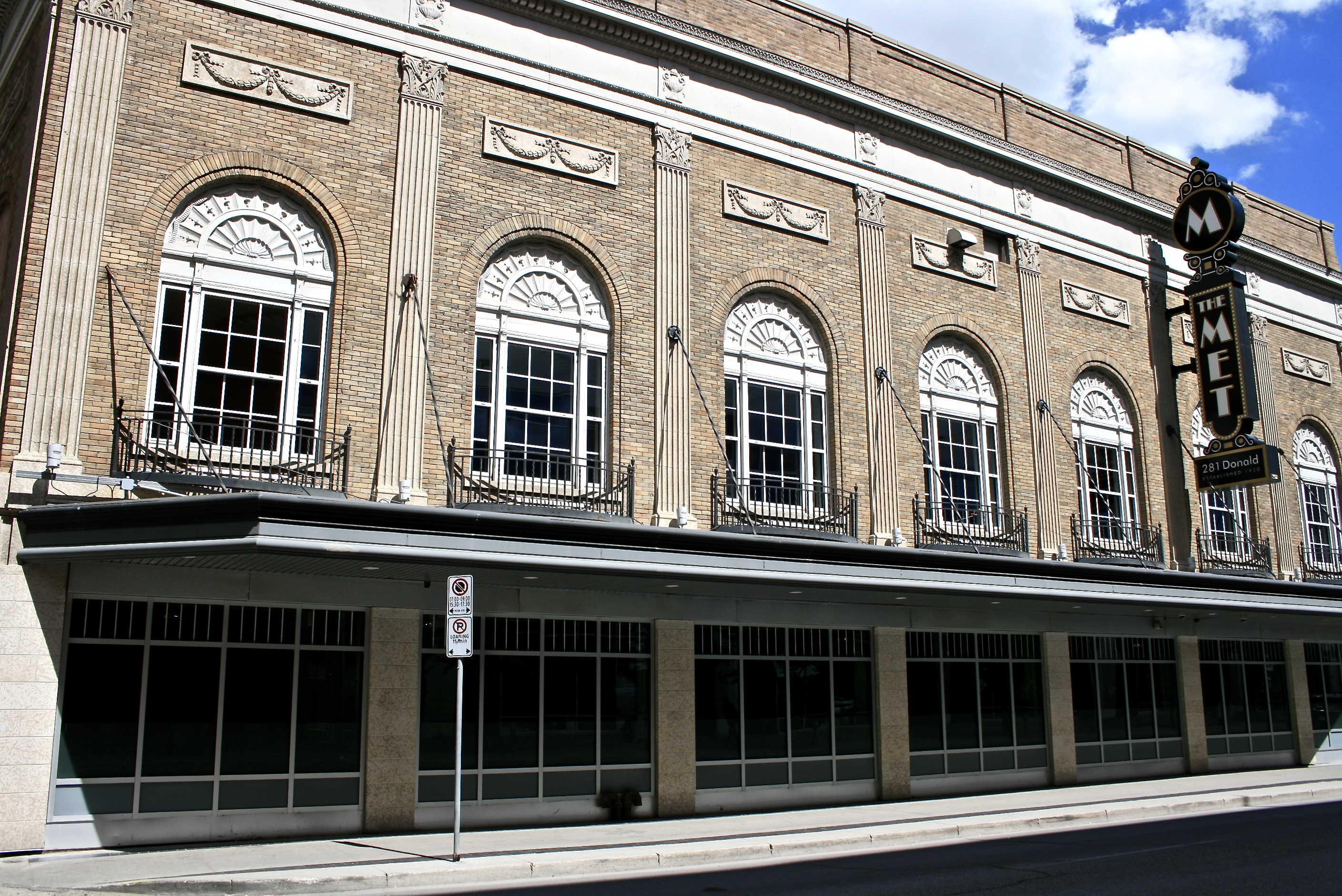 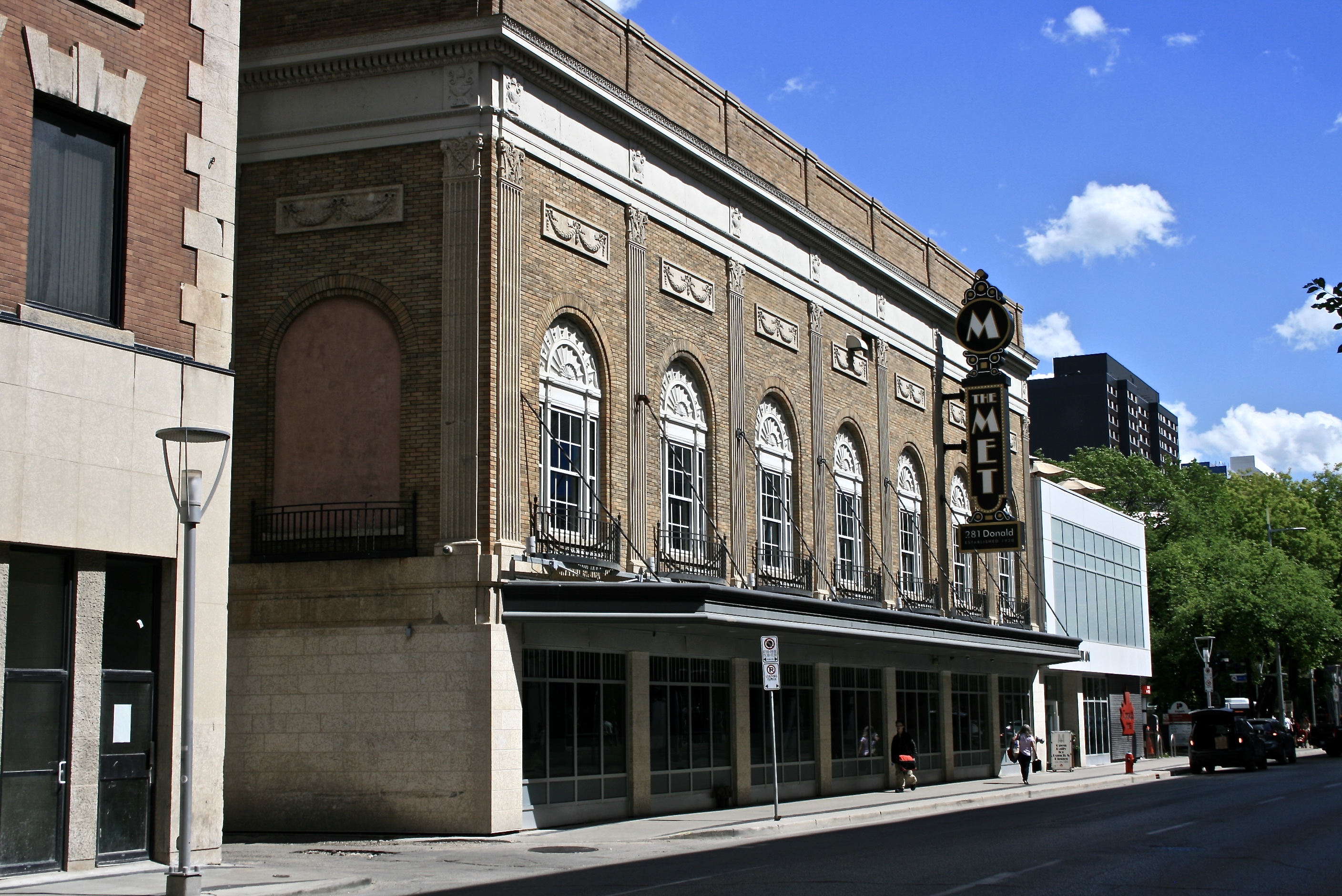 In 1919, the Allen Theatre Franchise decided to construct a new theatre in Winnipeg. C. Howard Crane, the architect who designed many of the Allen Theatres, was hired for the design of the Winnipeg theatre. Work was delayed due to the general strike, and the theatre was one of the first major projects completed after the strike. The $300,000 theatre was set to open for Christmas 1919, but opening night had to be pushed back because its 2,000 chairs had not arrived on time. The opening day was January 2, 1920.

The exterior was constructed with a light-brown brick over a steel frame and terracotta clad ornamentation. The building was also designed with a marquee that ran the length of the theatre, meant to shelter patrons waiting to buy their tickets. Beyond the ticket box was a large main lobby, and up the stairs were theatre seats and a mezzanine that had a lounge area furnished with Eaton’s furniture. Along with the upstairs lounge were balconies for patrons to enjoy.

The interior of the theatre was decorated with mirrors, crystal, and ornamental plaster. The lights were on dimmers and were tinted red, blue, and amber to give off a warm and inviting atmosphere. Lights were installed under chairs to enable patrons to enter and exit the theatre without total darkness, while those watching the show would be undisturbed. Within the theatre there were a fountain and an orange tree.

An orchestral pit was built for the small orchestra that played with silent movies shown in the theatre. The orchestra pit, which also had room for a pipe organ, was large enough for 15 instrumentalists and the conductor. The first conductor hired for the theatre was Edward Joseph Shadwick, a popular Winnipeg musician who went on to play the violin in the London Symphony Orchestra and the Royal Opera House.

Along with the theatre, there were several retail spaces that operated out of small shops which lined the front of the building on either side of the main entrance. These spaces were rented out to primarily a confectionary shop, which pared nicely with the theatre, and also to a barber, a blouse shop, an optician, and a record shop.

The Allen Theatre had a growing empire operating 200 theatres across North America. Its downfall was accumulating debt, and by 1923 the company declared bankruptcy. The theatres were saved by the Famous Players Canadian Corporation which leased and eventually bought as many of the theatres as possible, including the Winnipeg location on Donald Street. With this change of ownership came a renovation of the interior and exterior.

The most notable change for the theatre was the increased stage size to allow for live performances. Another notable change was the name. A vote was held with a cash prize and the most popular name was the Prince of Wales, with 800 votes; however, Mayor S. F. Farmer, a judge on the panel preferred a less popular name, The Metropolitan, which had received 194 votes. Eventually winning the other judges over, Mayor Farmer proudly announced the name and evenly split the $200 cash prize amongst the 194 voters.

The Metropolitan Theatre opened on August 4, 1923 and featured a trombone concert by vaudeville musician Grace Brewer Allen and a film entitled Circus Days. In 1928 the theatre began entertaining patrons with its new Movietone Sound System which synced to the films, providing audio. This improvement eliminated the need for an orchestra. Another renovation to the theatre occurred in 1942 when the seats were replaced. In 1948 architects Green Blankstein and Russell designed another renovation to the main level. This included moving the box office to the North of the building, lowering the ceiling, enlarging the candy counter, and adding two extra portals. The Metropolitan remained in operation until 1987 when Famous Players Canadian Corporation closed it in favour of a new theatre opening in Portage Place.

The Metropolitan theatre became a national historic site in 1991 and then property of the city in 1996. Revival of the building has been attempted several times. In 1989 attempts were made to turn it into a dinner theatre venue. In 1993 plans were made to turn the building into a theatre and training centre for the arts. An idea in 1996 was to turn the theatre into the Nashville North live music district. Winnipeggers were hopeful that the building would become a new performing arts venue in 1997. In 2005 plans to make the building a Canadian Rock and Roll Hall of Fame were short lived. It wasn’t until 2007 that the building was turned into the Canad Inns Metropolitan Entertainment Centre. The newly renovated building and addition featured a new heating system as well as a 35 x 26 foot screen for movies. The building's historical significance was commemorated with a plaque installed in 2018.