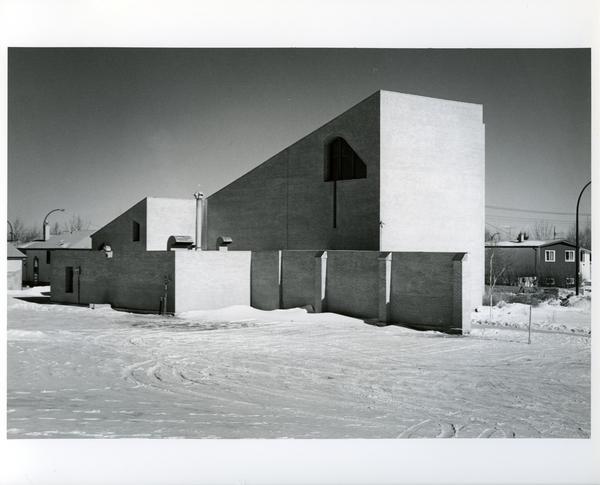 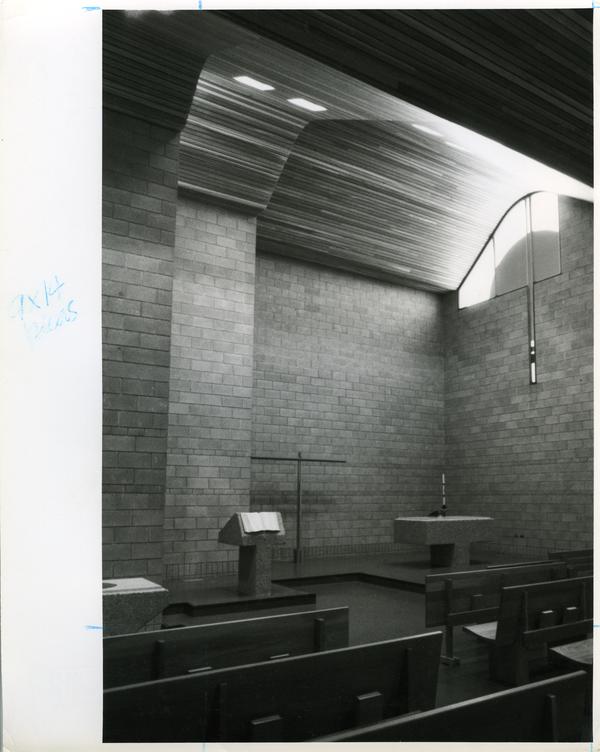 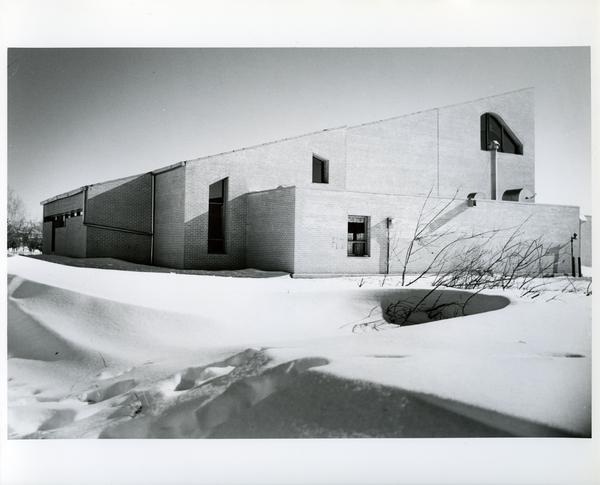 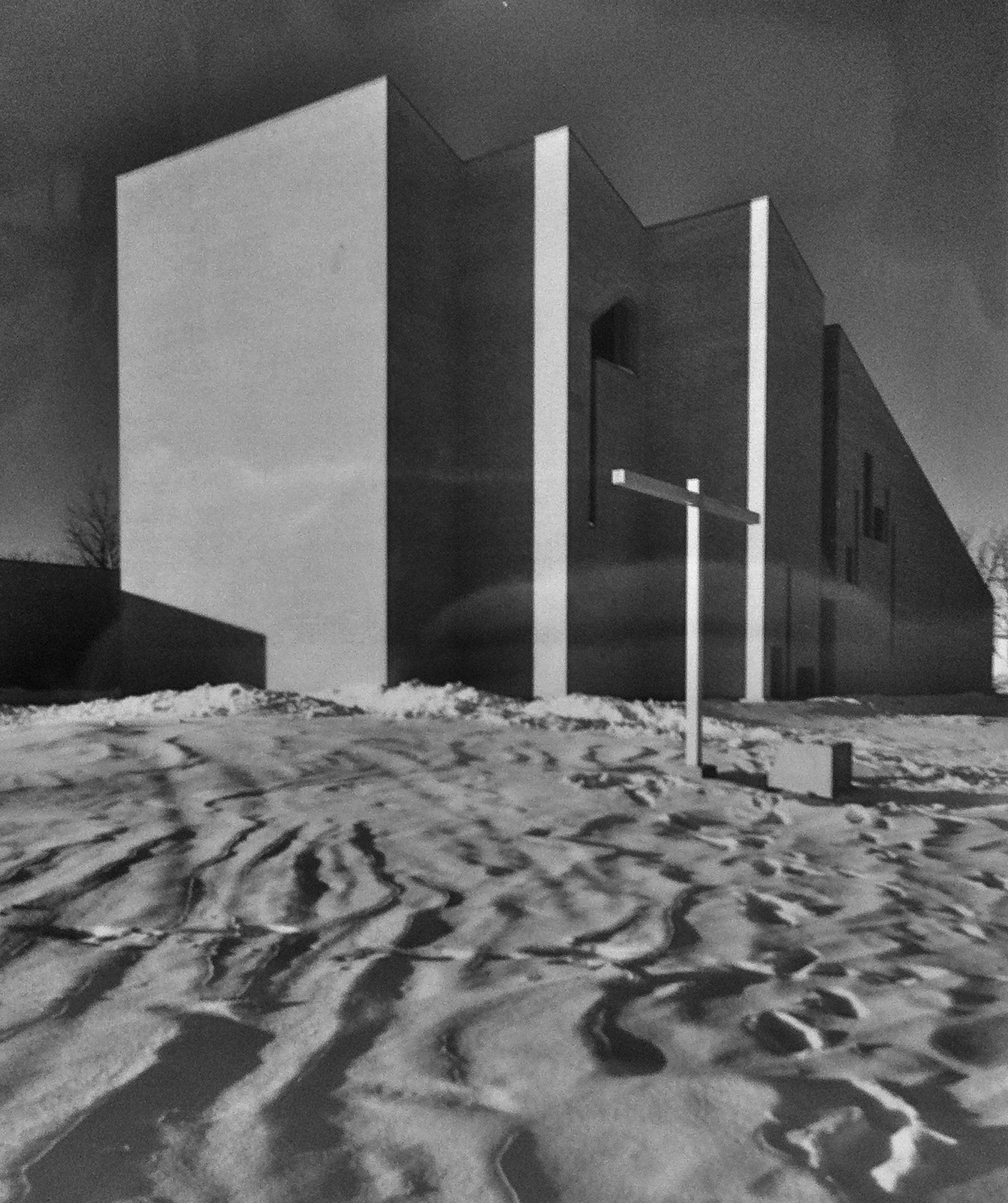 Originally clad in brick, and now with an exterior finish of Tyndall limestone, Messiah Lutheran Church exhibits a dynamic massing of sharp triangular forms lending it a vivid and imposing presence worthy of its religious role. As with other works by its architect, there is a distinct exploration of the relationship between mass and opening, wall and window, light and dark – a theme captured in the poetically varied glass apertures scattered across the building's facade. This interest relates the project to Gaboury's larger ouevre and other modernist practices of the latter half of the twentieth century. These include that of noted modern architect Le Corbusier, designer of the chapel of Notre Dame du Haut at Rochamps, France, where a similar handling of windows can be found. Gaboury described this interest as such: "In architecture the window is therefore crucial, and by extension, so is glass. Glass and light are co-dependents; they are soul mates; they celebrate each other."