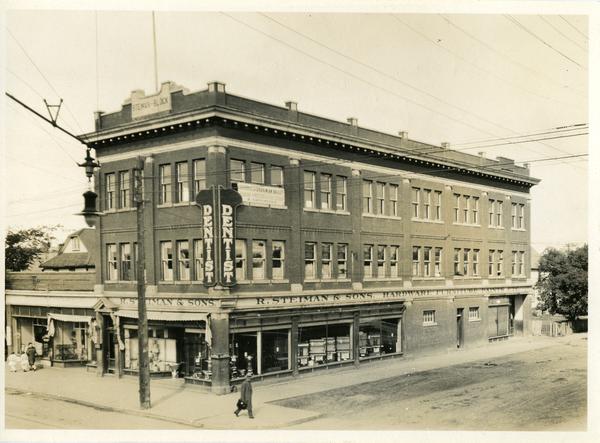 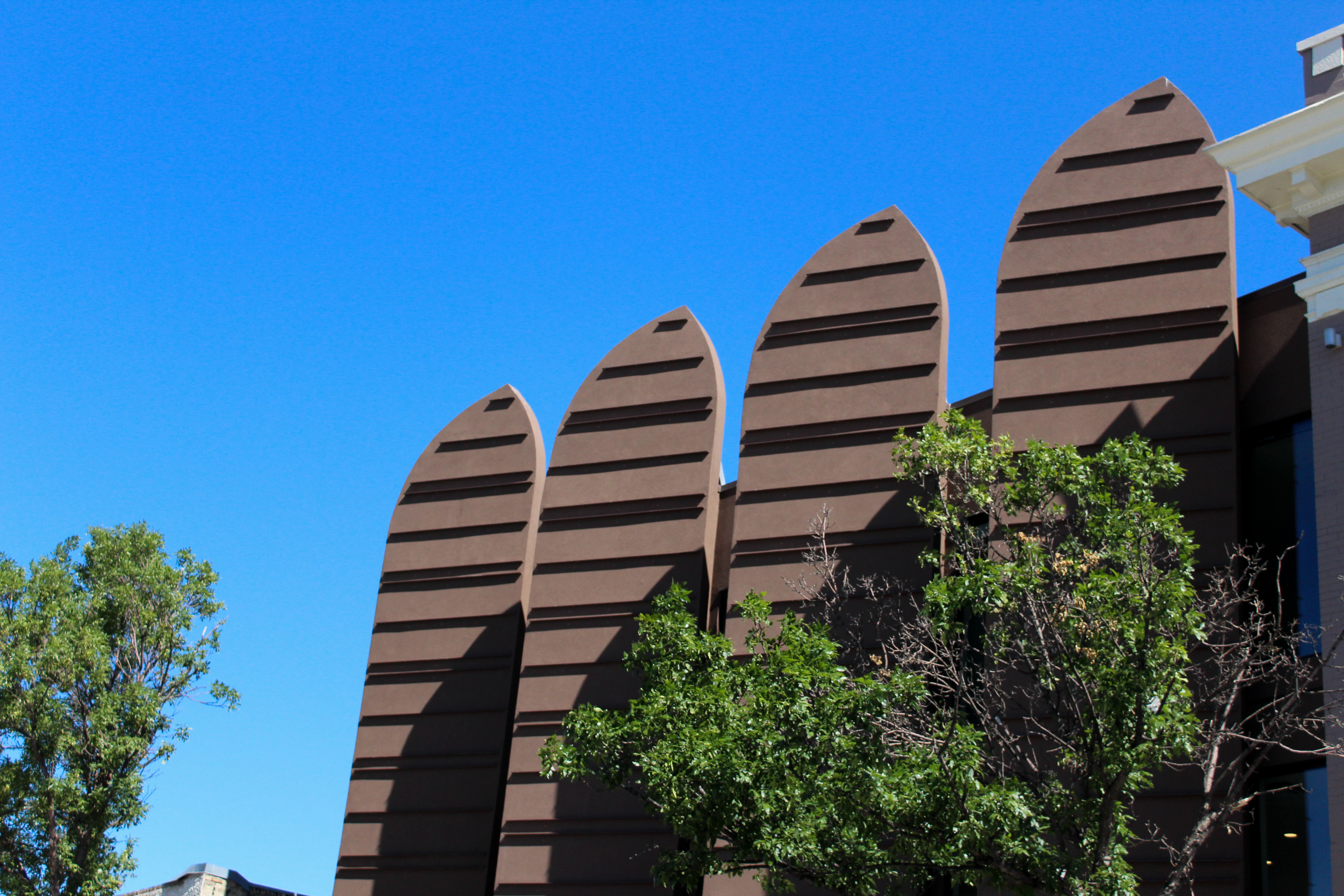 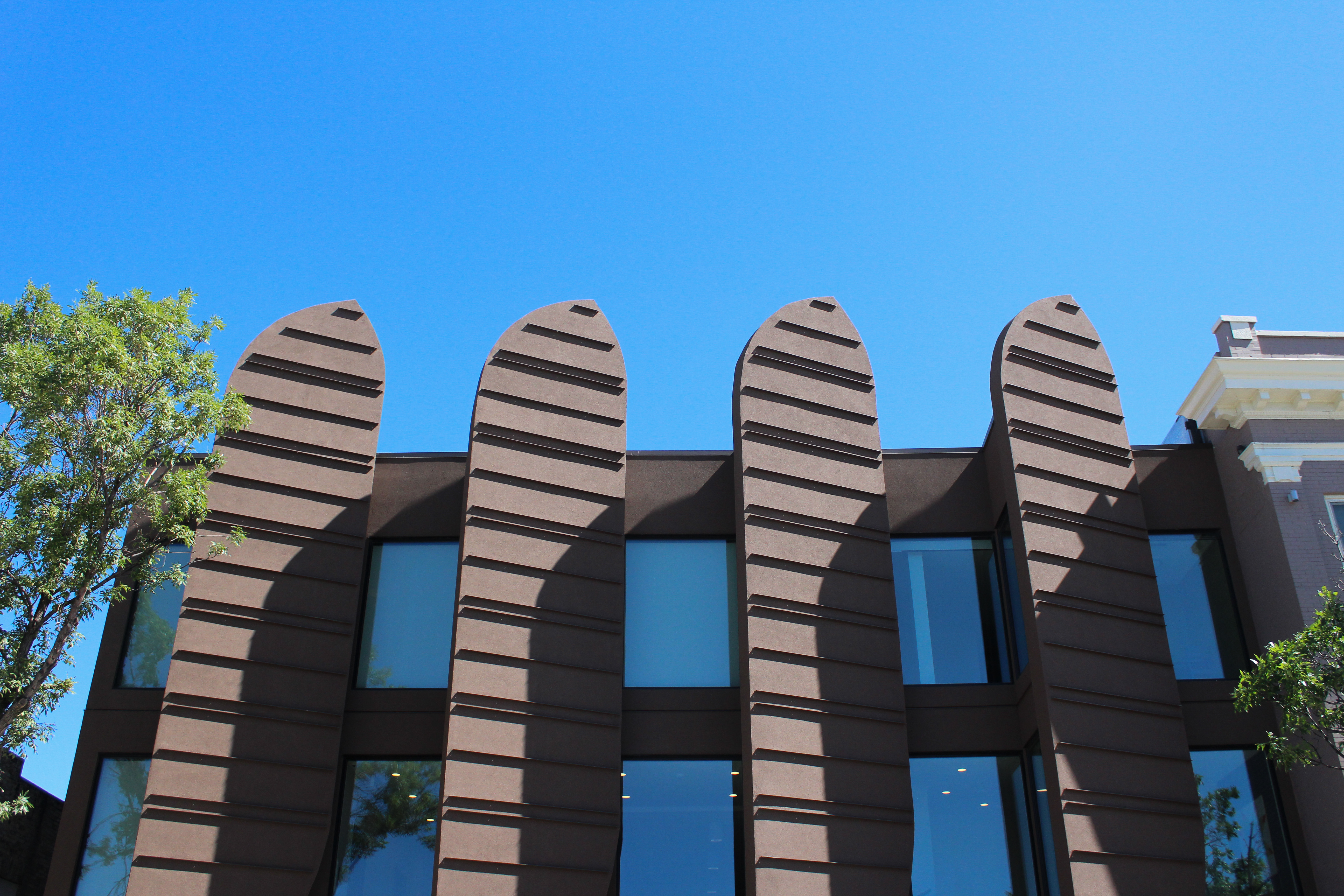 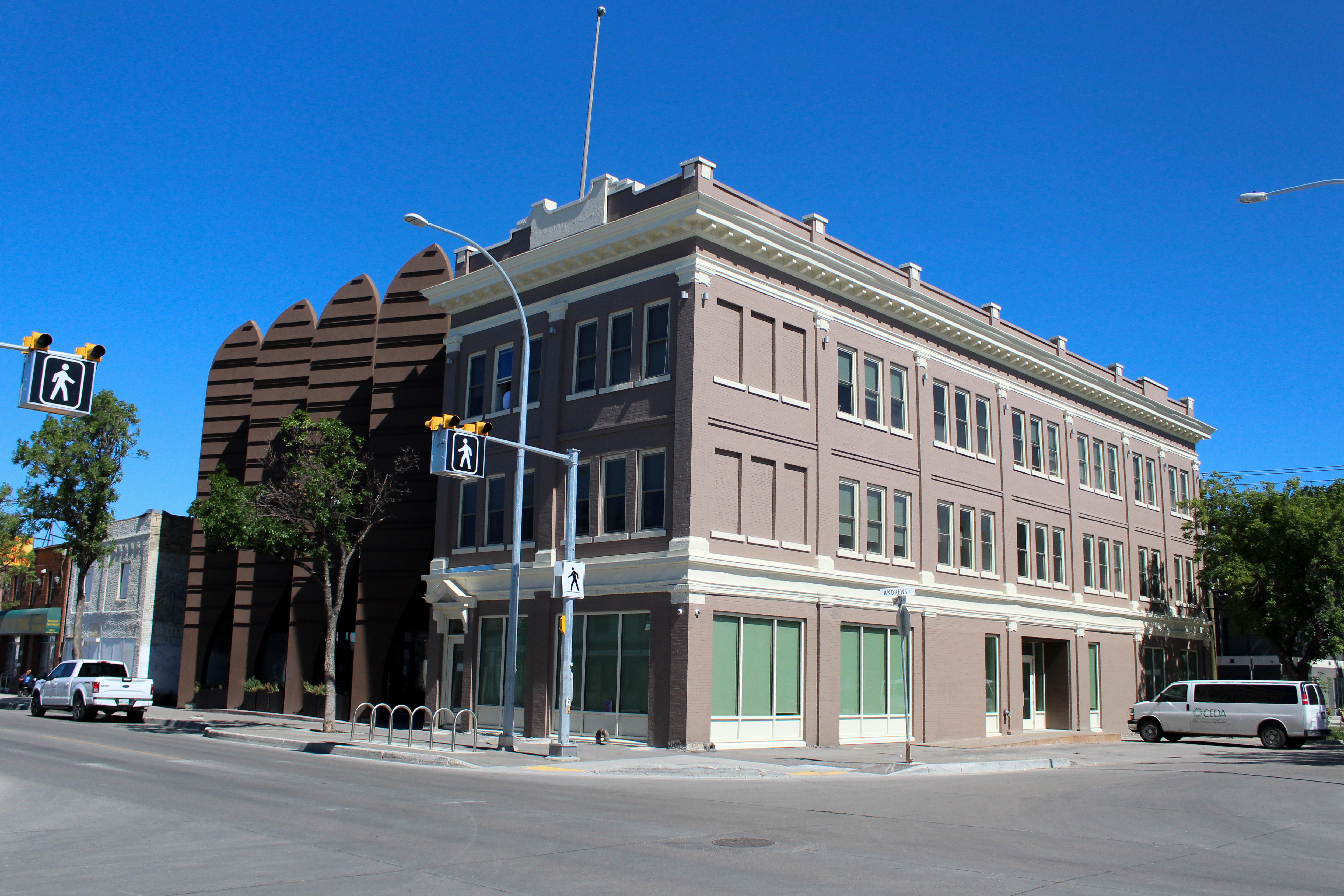 Robert Steiman opened a hardware store at 511-513 Selkirk Avenue in 1905, calling it R. Steiman Company. The success of the store led him to hire architect Max Blankstein to design a new multi-use building at 541 Selkirk Avenue. Not coincidentally, the new store would be located next to the original Steiman store, as well as the family home. The estimated cost of construction was $20,000.

The original Steiman Block featured R. Steiman Hardware and Furniture Co., not a residential block, although it later became one. Hardware was sold on the first floor, while furniture was sold on the second floor. The third floor would be reserved as warehouse space. Steiman would be one of only six authorized dealers for Gramophone Company/His Masters Voice, and operated a record player, radio, and phonograph store next door at 547 Selkirk Avenue.

The third floor warehouse would be sectioned off in the mid 1920s to make room for Steiman’s Hall, with an entrance on Andrews Street. It is rumoured that Steiman Block was issued the last beer license in Winnipeg's North End before the Second World War. The father of Ukrainian dance in North America, Vasil Avramenko, worked on the third floor. The offices of the second floor were occupied by several Jewish doctors and dentists (with a sign on the corner of the building closest to Selkirk Avenue at Andrews Street). The first floor had a small retail space, home to delis and tailors. The success of the hall persuaded Steiman to renovate further, adding forty hotel rooms along the second and third floors, a lobby and dining hall on the first floor, as well as a beverage room (sometimes called a beer parlour) and short order cafe that was deemed large enough to “guarantee success”. The redesigned building would be renamed the Merchant's Hotel. The conversion was designed by Winnipeg firm Green Blankstein Russell. One of the firm's partners, Cecil Blankstein, was the son of Steinman Block's original architect, Max Blankstein, who had passed away only a few years earlier. The hotel was ideal for passers through looking for a longer stay, due to its proximity to the Canadian Pacific Rail line and St. Josephs hospital. After R. Steiman Ltd. went bankrupt in 1935, more attention was given to the hotel, which continued to have a storied life. In addition to many notable guests, the hotel served as a temporary stop in the late 1930's for Jewish refugees fleeing Nazi oppression. During the Second World War, roughly half the rooms were rented by the Canadian Armed Forces to house reservists from the McGregor Armory, giving the hotel a steady source of revenue.

The block went through a succession of owners starting in the late 1940's, all the while gaining a reputation as a rough hang-out. In 2011, the Provincial Government asked the University of Winnipeg Community Renewal Corporation to assess the condition of the building, develop a business plan, and consult with local stakeholders. A coalition of twenty social services agencies was formed, and was soon transferred ownership of the block. A renovation of the block was performed by Mistecture Architecture, transforming it into a hub for community services and a branch of the University of Winnipeg.