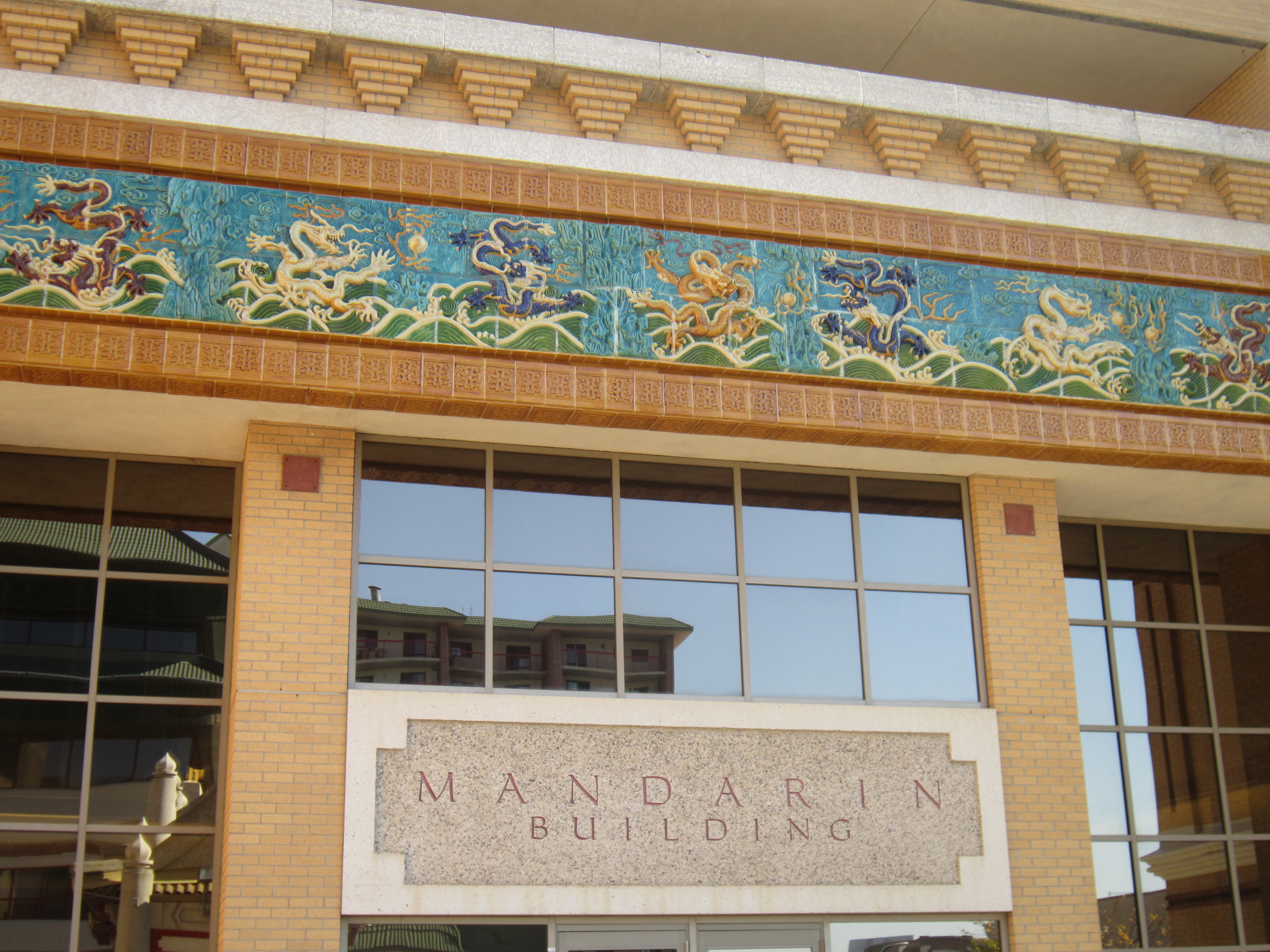 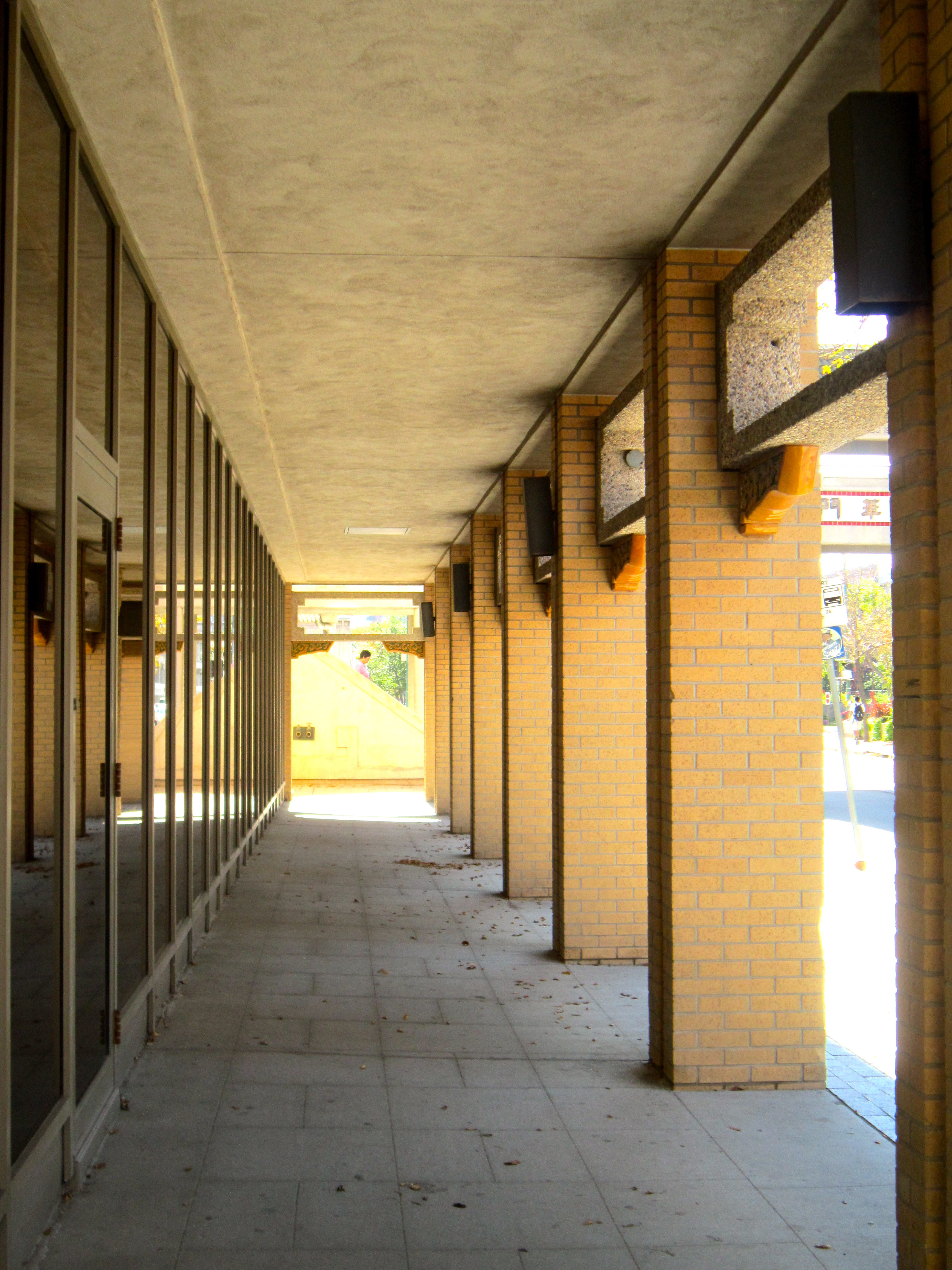 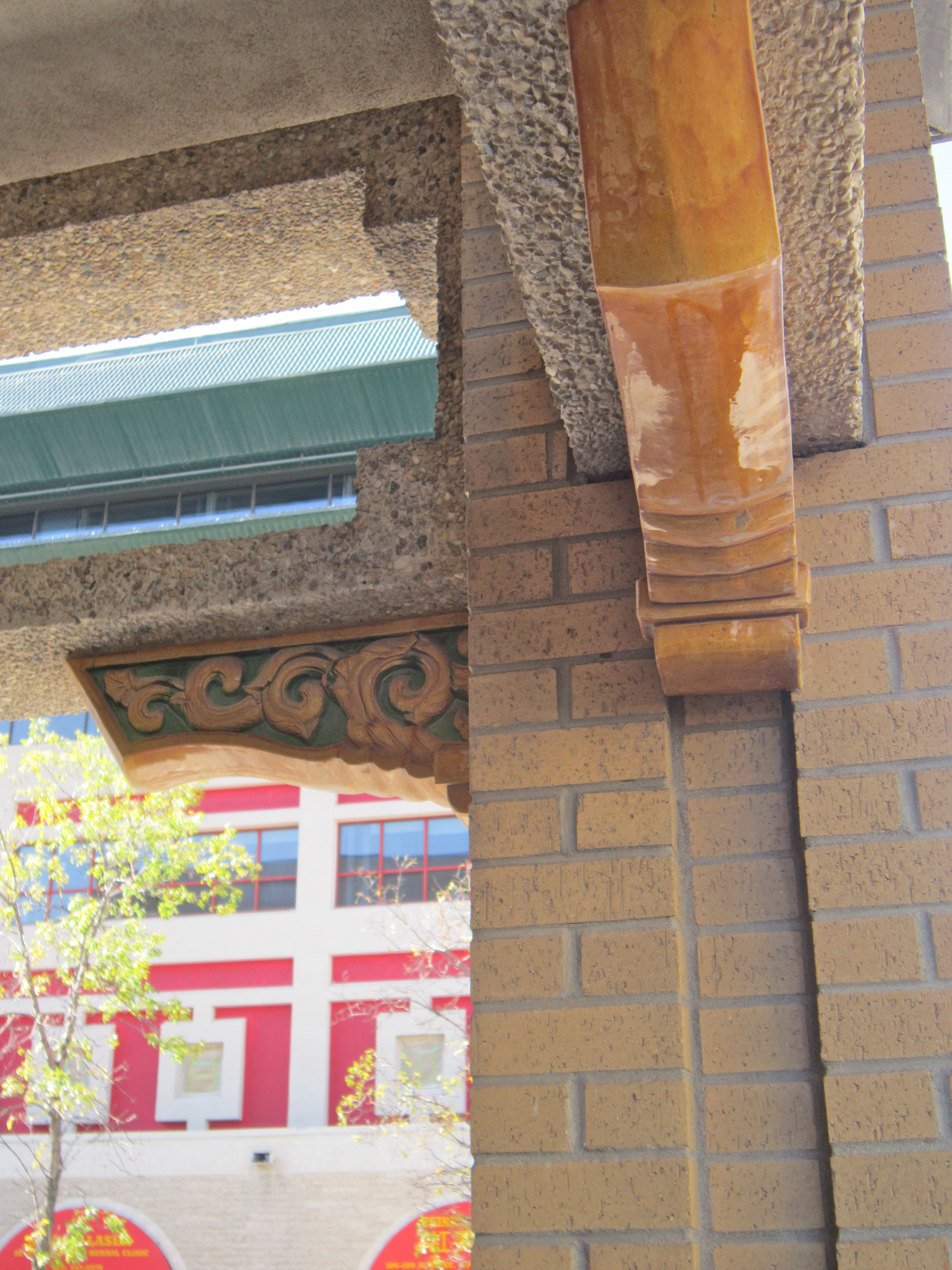 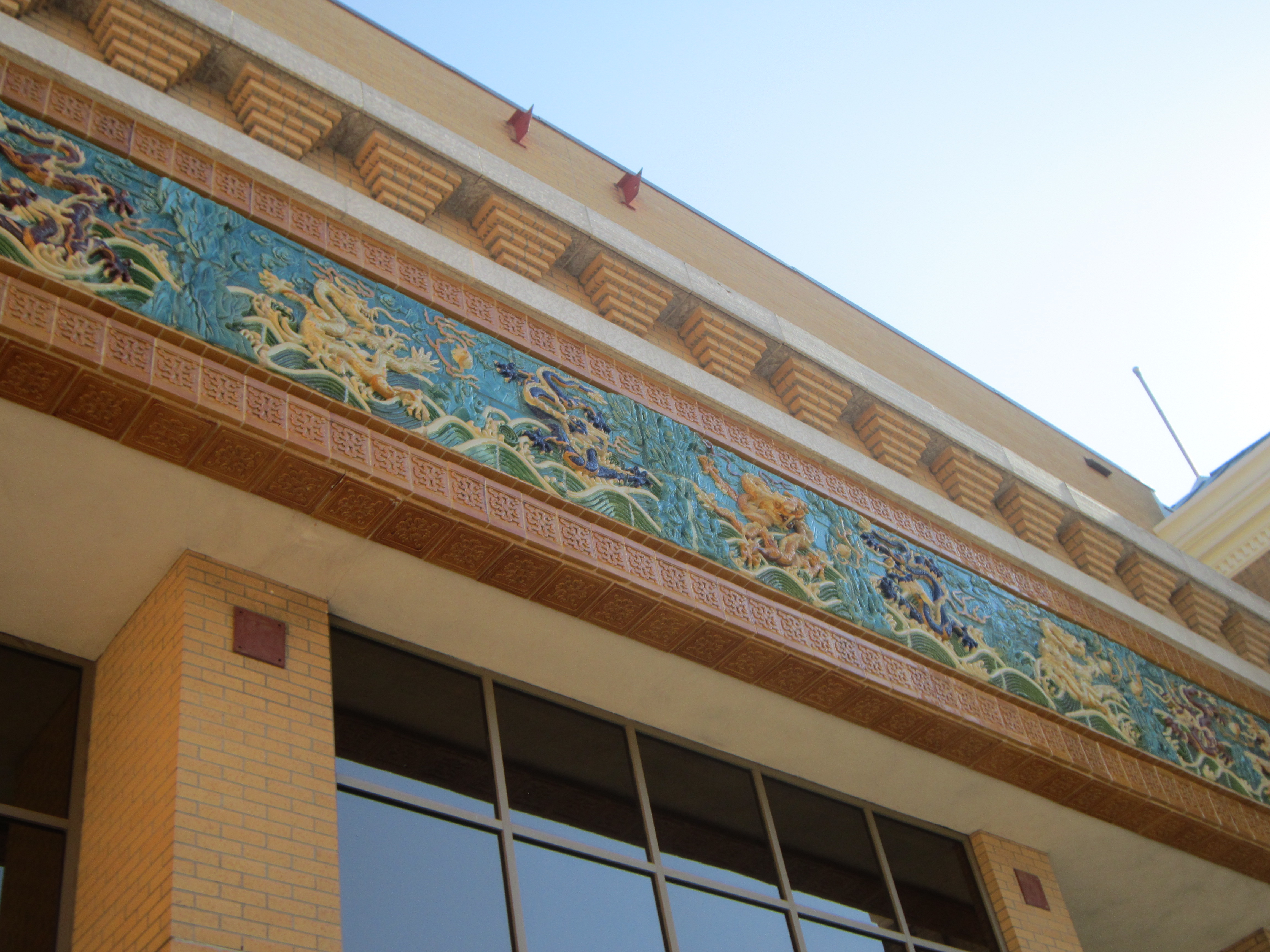 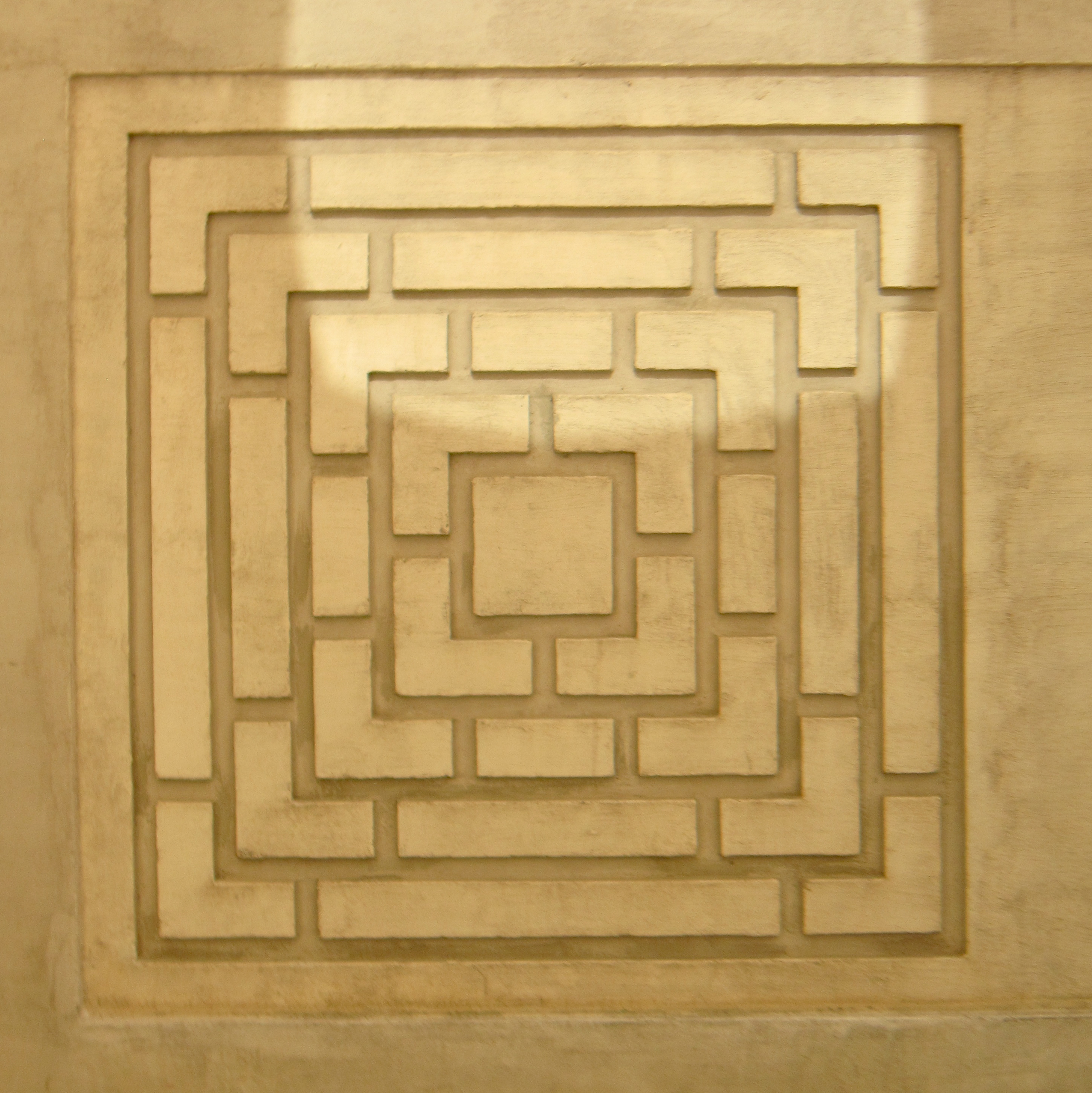 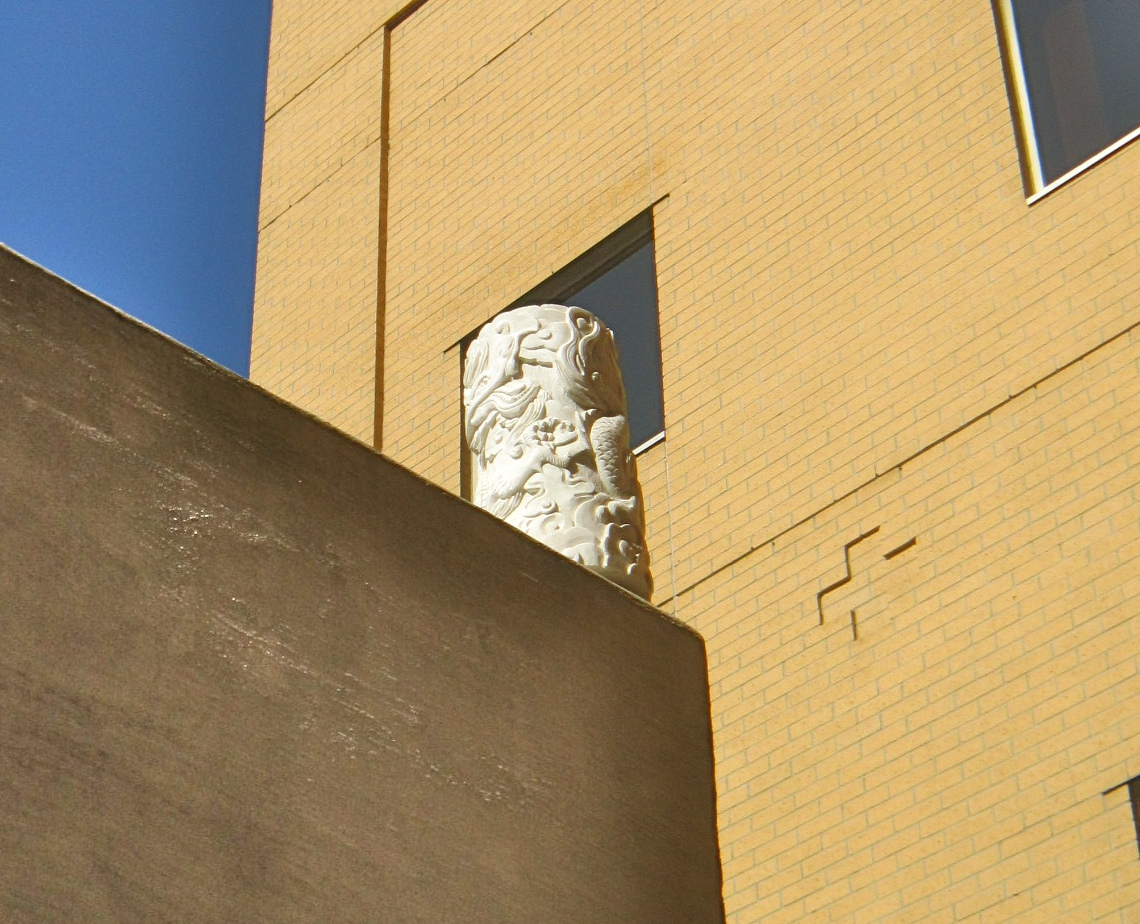 Formerly the City of Winnipeg Police Court (later the City Engineering Building), the two-storey Mandarin Building was redeveloped in the mid-1980s in concert with a broader redevelopment of the city’s Chinatown, one that included the construction of the Dynasty Building, to which it is linked via the Chinatown Arch. The older portion of the building was constructed in 1883 by local architects Barber & Barber; it initially held 18 jail cells, a large main-floor courtroom, office-space and a police dormitory, located in the attic. In 1986 this structure was renovated by the firm of Smith Carter, which made an attempt to maintain its historical character. A large, new multi-use section completed on its north side in matching golden buff-brick to accommodate offices and underground parking. This section is centred on a tall glazed atrium surmounted by a large-scale work of public art: a replica of the Imperial Nine Dragons mural found in Beijing's Forbidden City.