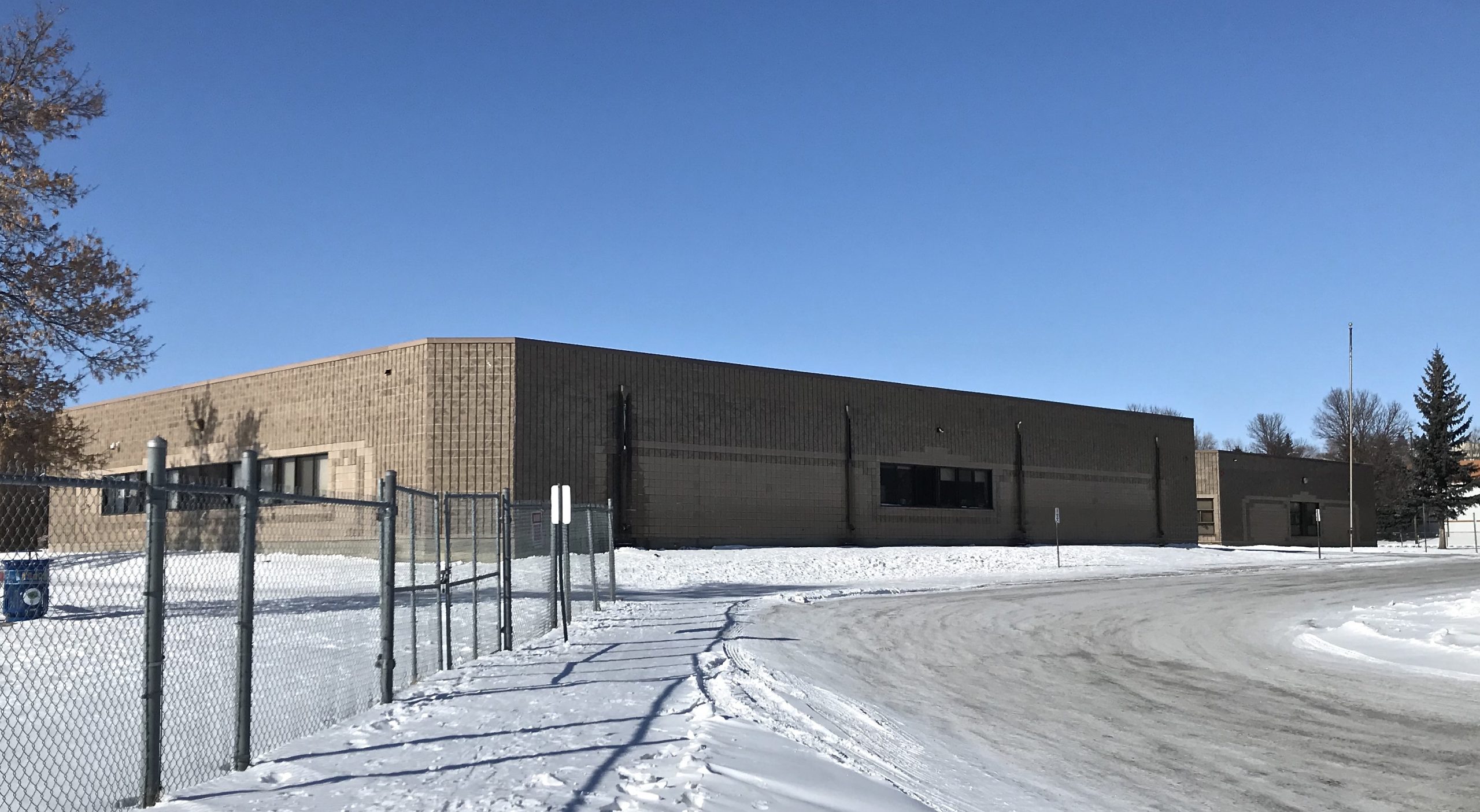 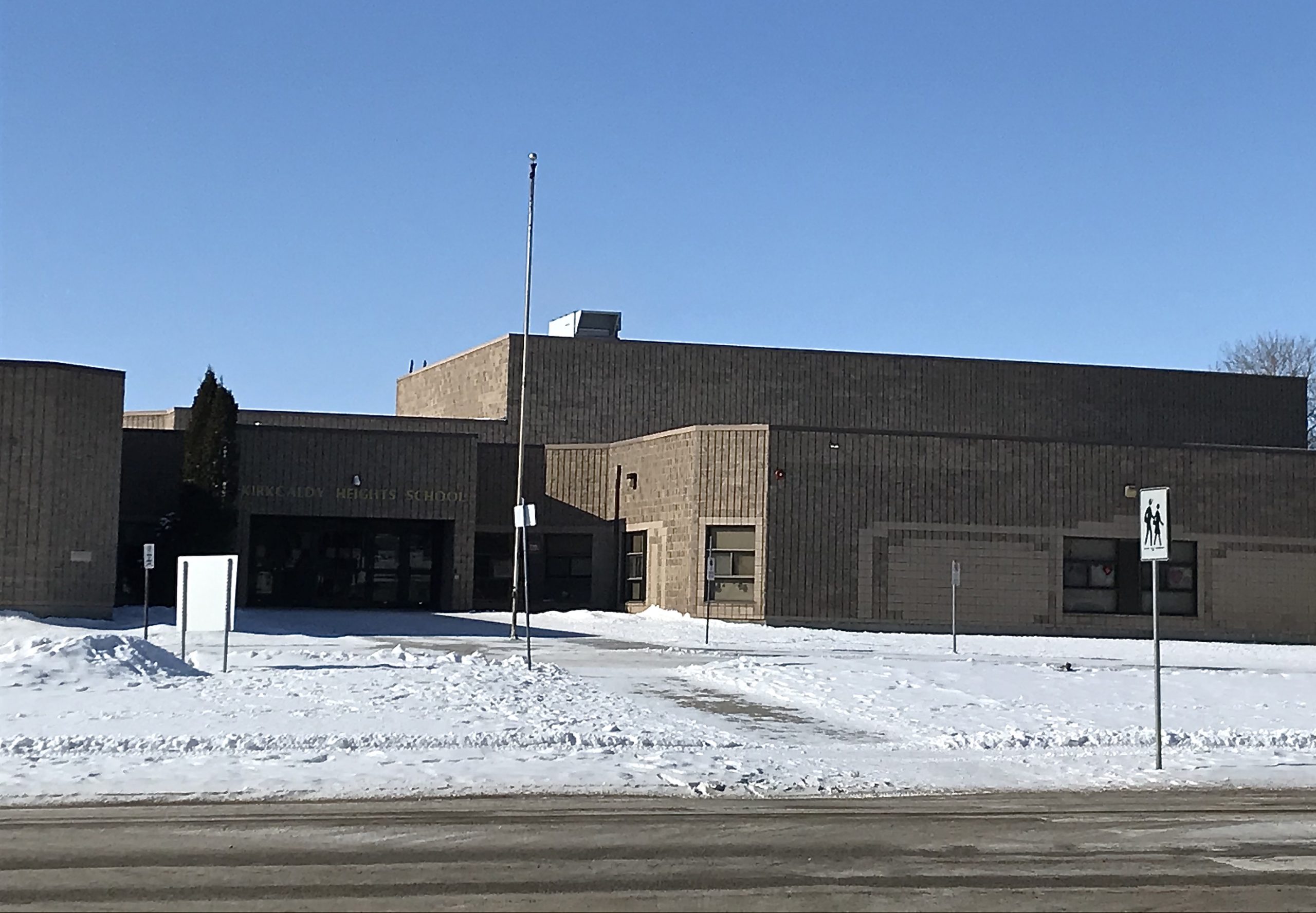 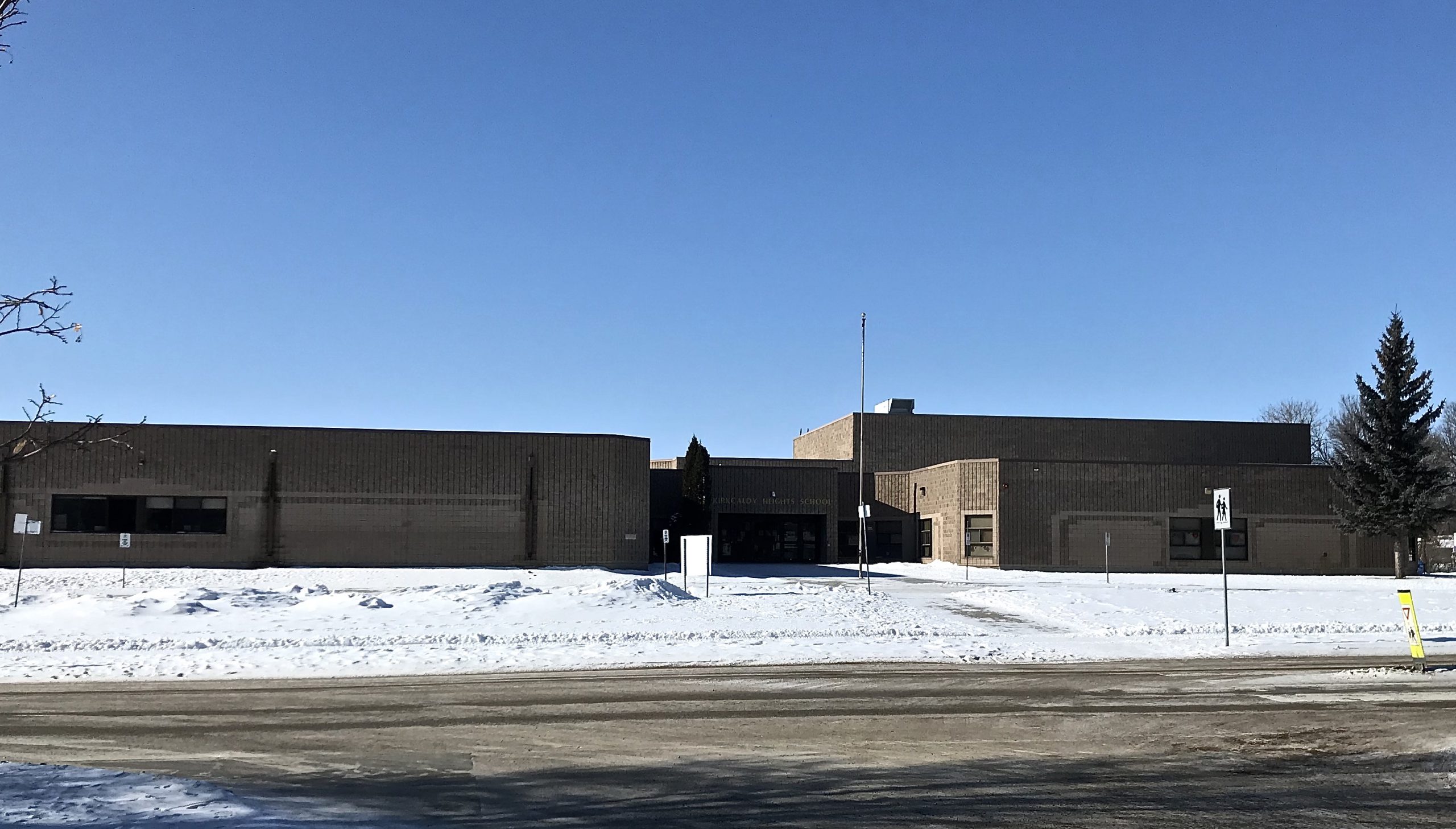 Kirkcaldy School held its' first classes on August 31st,1988. The official opening was on October 18th,1988.

Designed by the architectural firm of Macdonald Cockburn McFeetors (now MCM), the school is constructed of rough faced concrete block. A lighter colour of concrete block is used to create a contracting design. As with many schools of the time period, there are few windows.

The school is constructed adjacent to a large Sportsplex. Construction of the school was delayed until funding for the Sportsplex was confirmed by Central Mortgage and Housing.

While Brandon’s North Hill was studied for development potential as early as 1959, serious consideration of its development as Kirkcaldy Heights picked up in 1968. However, its planning underwent a long and varied gestation period.

A development scheme for the north end of the city, undertaken by the City of Brandon and the Central Mortgage and Housing Corporation, was announced in February 1968. Detailed plans for a 400-acre area housing a community of 10,000 people, an elementary school and a small shopping centre were unveiled in November of that year.

By March 1969 it was announced that Stage 1 would commence later in the year and that serviced lots would be available at $50 a frontage foot.

Two years later, it was hoped to have the Kirkcaldy Heights development ready by June or July. But by May of 1971, city council was informed that land sale would not start in 1971, because CMHC and the City were encountering high servicing and land costs. The high costs were blamed on too much money being appropriated for parks and recreation areas, notably the sites of the Brandon Community Sportsplex and Kirkcaldy Heights school.

Like several other subdivisions in Brandon, the City was involved in the assembly of land. Kirkcaldy Heights’ land assembly was reported as ‘progressing very well’ in 1969, as ‘almost complete’ in mid 1971, and with ‘one piece of property still to be resolved’ in May 1972. The plan of subdivision was finally registered in February 1973. A total of 65 sites were expected to be developed that year.

The Brandon Community Sportsplex was built by the City of Brandon and opened in December 1978 as a venue for the 1979 Canada Winter Games.