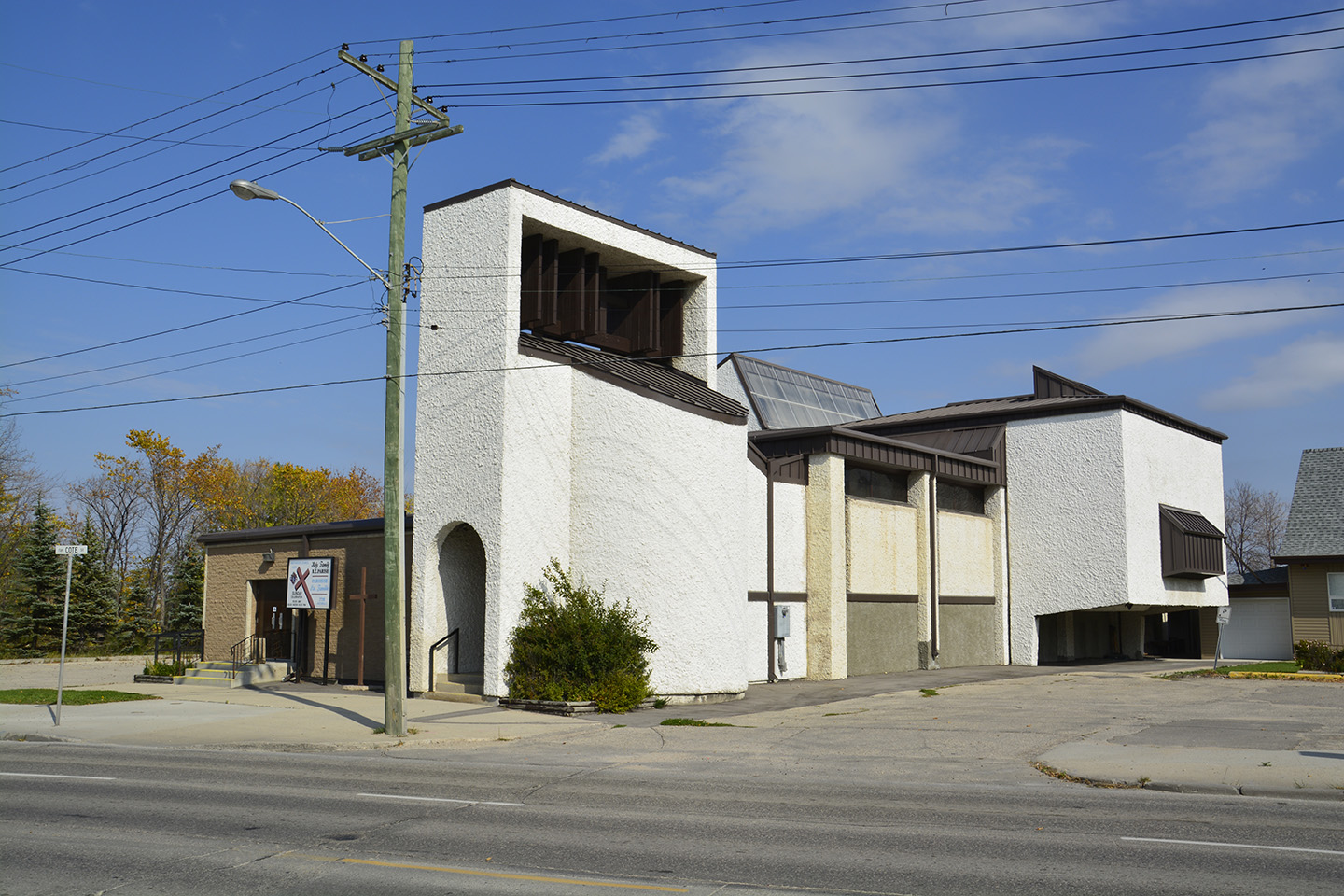 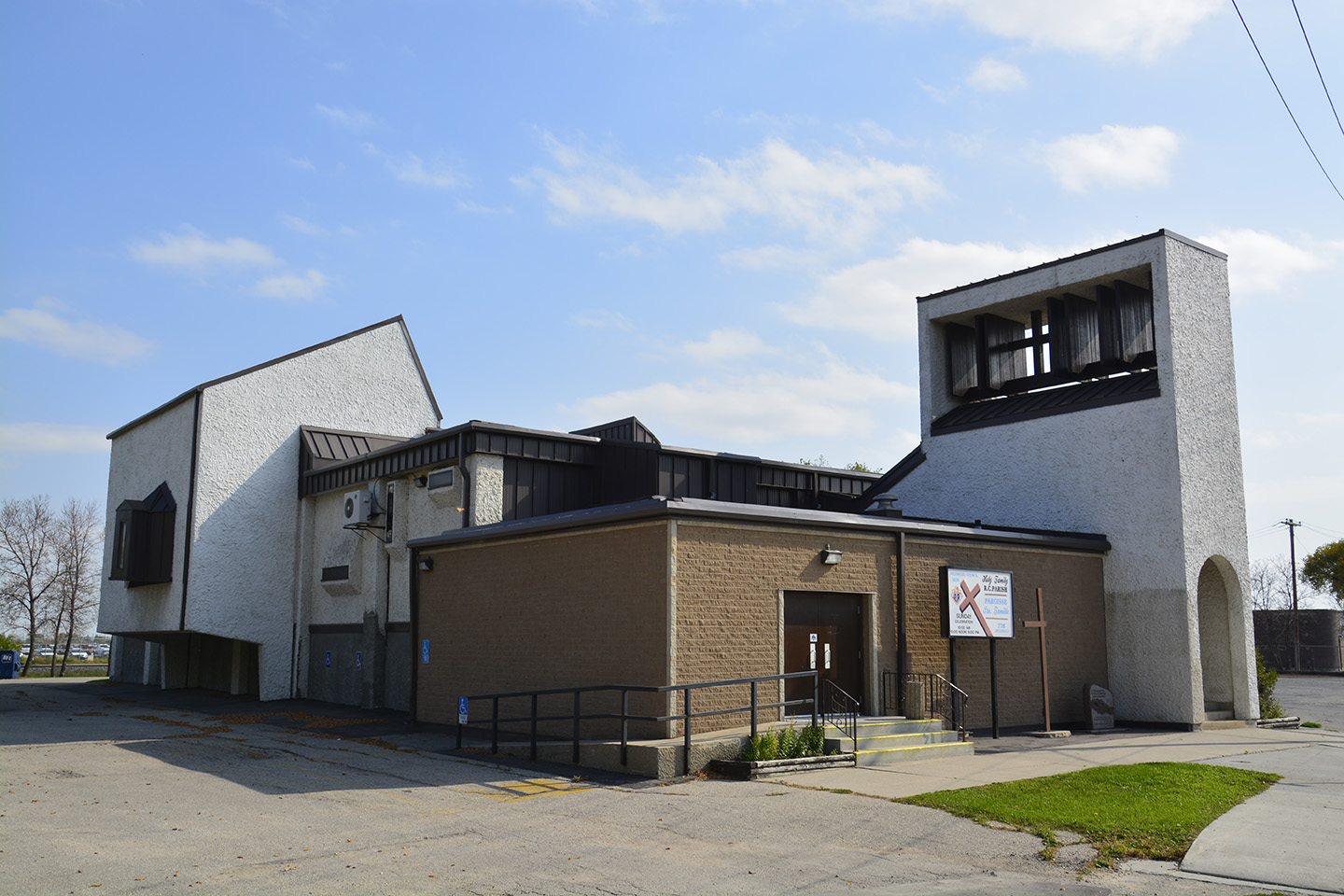 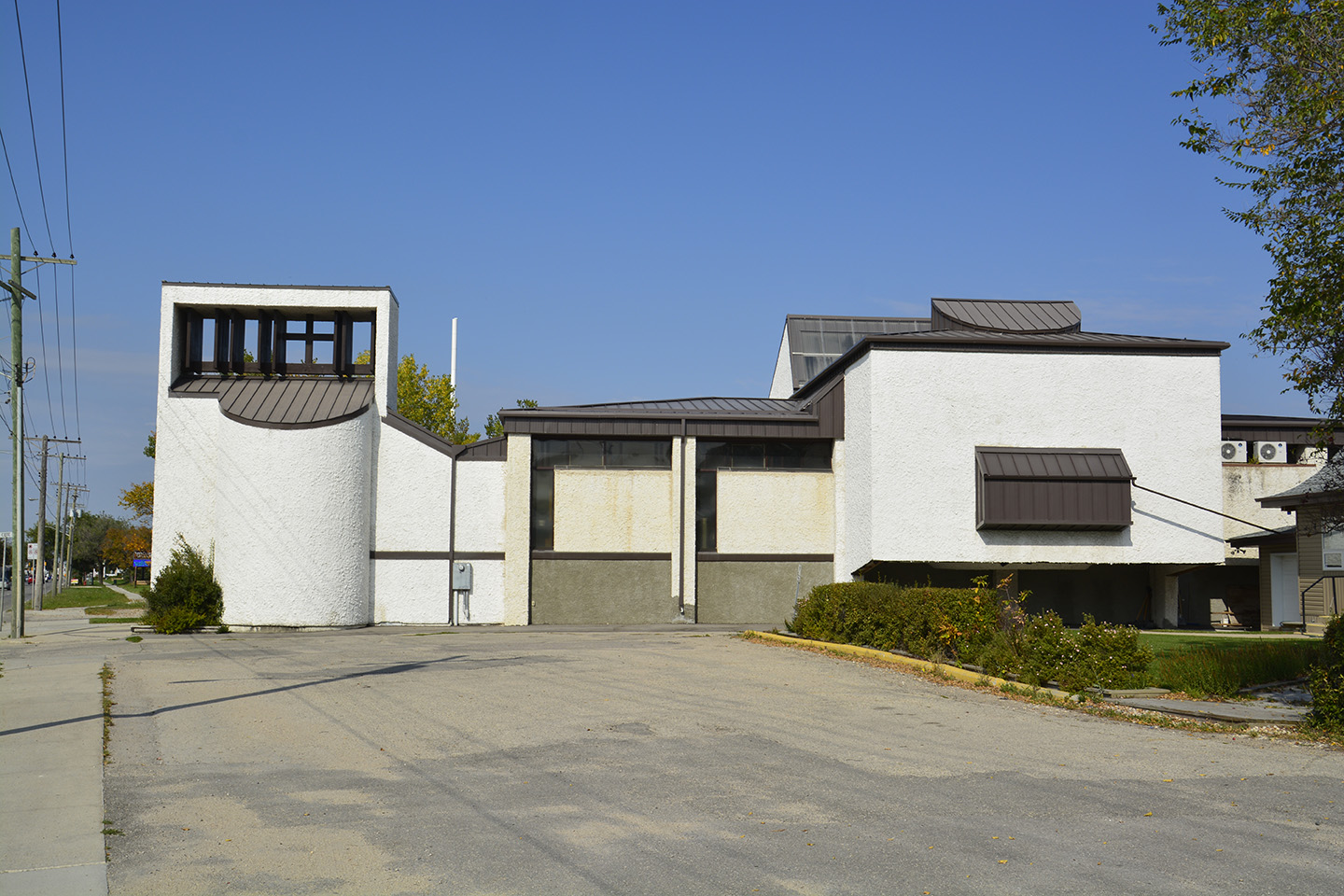 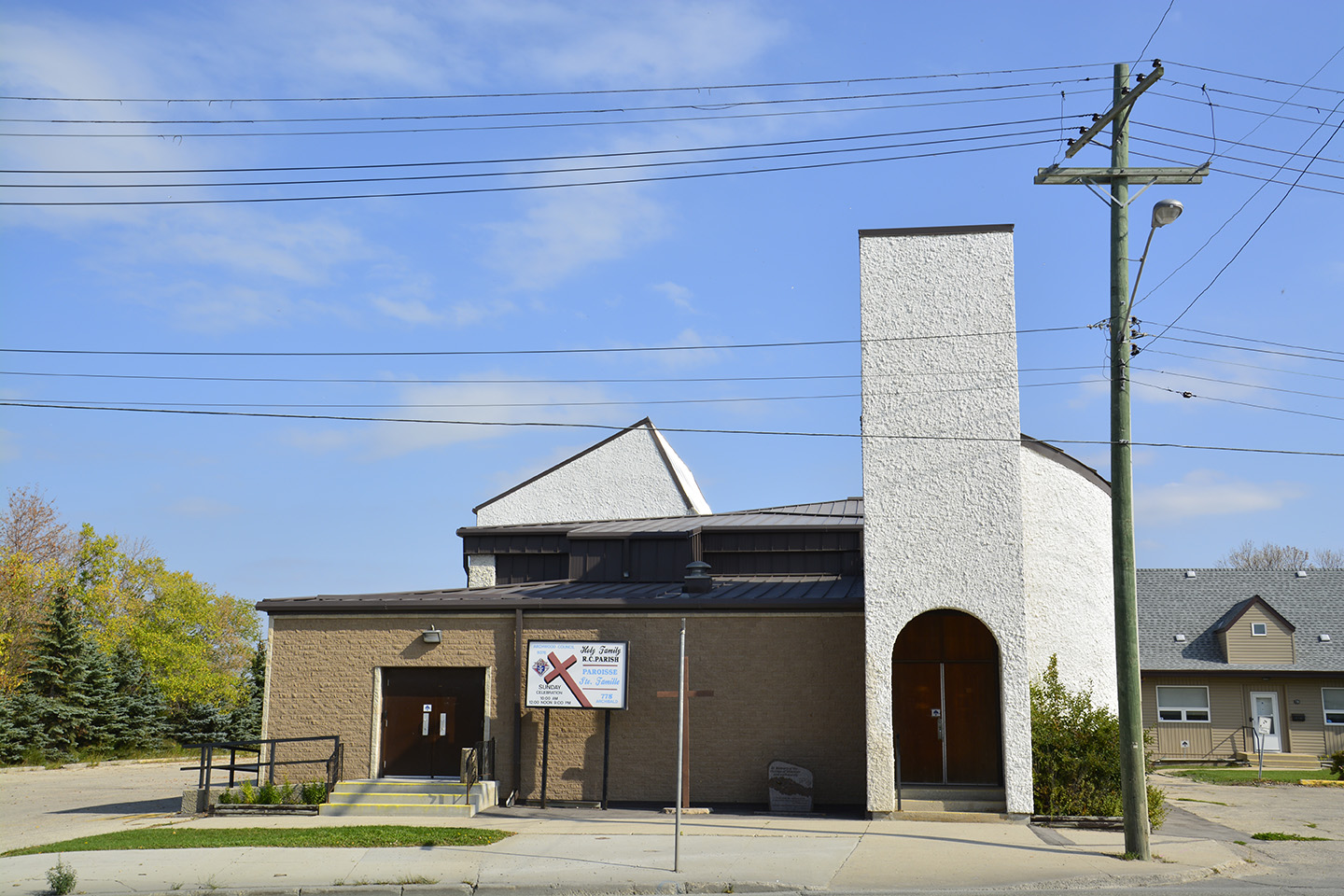 Featuring an assemblage of disparate and unusual forms unified by stucco cladding, Holy Family Church is a striking presence along Archibald Street. The building is, in fact, a conglomeration of sections built at different times, with portions constructed in 1950, 1955 and 1965. The latter section, designed by prominent Manitoban architect Étienne Gaboury possesses traces of the architect's distinctive style, with its angled roof, large areas of white stucco and slender and inset windows. Gaboury, whose career took him as far afield as Mexico City, is closely identified with modern architecture in St. Boniface, an area that is the heart of Franco-Manitoban culture, a Western Canadian hub of francophone culture and an important site in the history of the Métis people.

St. Boniface is the heart of Franco-Manitoban culture, a Western Canadian hub of francophone culture and an important site in the history of the Métis people. It has played an important role in the evolution of the Province of Manitoba. The area around the forks of the Red and Assiniboine Rivers was, for many generations, a site for camping, trading and other activities by Indigenous peoples. In the late-eighteenth and early-nineteenth centuries, land to the west of the Red River hosted a variety of European settlements, including Forts Rouge, Gibraltar and Douglas and the Red River Colony. The roots of modern St. Boniface can be found in these years.

In the early nineteenth century the area was settled by groups of Métis fur traders and mercenaries hired to protect the Red River Colony; the latter included the German-Swiss De Meurons regiment. In 1818 Québécois Father Joseph-Norbert Provencher was sent to Manitoba at the behest of local citizens, the Hudson’s Bay Company and Scottish Lord Selkirk to found the first permanent Roman Catholic post west of the Great Lakes in present-day Canada at St. Boniface. The church was given title to a large tract of land to the east and south of the forks to aide their efforts. These endeavours led, in 1818, to the construction of the first church in Western Canada, not far from the site of St. Boniface Cathedral. The early development of this district included a school near the 1818 church. These two structures encouraged Catholic colonists to settle east of the Red River. They also set in motion two major themes that would characterize the architecture of the district: religion and academia. To this day St. Boniface is home to a number of Manitoba’s most significant historical structures, many of which relate to this early period and these themes.

Beyond its religious and educational activity, by the early twentieth century St. Boniface also developed into an important transportation and industrial centre for Western Canada. Facilities for the Canadian Pacific Railway (CPR) were located in the area as early as 1878. Over time, St. Boniface enticed all three of the country’s major railways to build locally, with Canadian Northern’s main line and the Grand Trunk Pacific-Transcontinental Railway joining the CPR. St. Boniface capitalized on the presence of the railways to become a major industrial hub, housing iron, steel, lumber, brick and flour mills as well as grain elevators and factories. In addition to industrial growth, the first half of the twentieth century saw St. Boniface develop a new commercial and civic heart; its nucleus was Provencher Boulevard.

During the middle of the twentieth century, modern architecture found a home across St. Boniface. Over the following decades St. Boniface witnessed the construction a many projects of Brutalist and late-modern character, among them small commercial structures on Provencher Boulevard and rue Marion. In 2003 the area gained a new iconic structure, a dramatic cable-stayed footbridge over the Red River, known as Esplanade Riel. In line with Provencher Boulevard, the bridge is uncommon for housing at its centre an enclosed space – a cantilevered space home for many years to a restaurant. Unbeknownst to many, the bridge is in many ways the culmination of the earlier vision of its architect, Gaboury. During the twenty-first century St. Boniface has experienced increasing architectural growth, particularly manifested in the development of multi-tenant residential properties and creative additions to St. Boniface Hospital, Université de Saint-Boniface and CCFM. These projects and others have remade the area through post-modern, neo-modern and hybrid approaches. Nevertheless – indeed, often through such evolution – St. Boniface continues to possess a character distinct in Winnipeg, continuing a long legacy of uniqueness that dates back centuries.