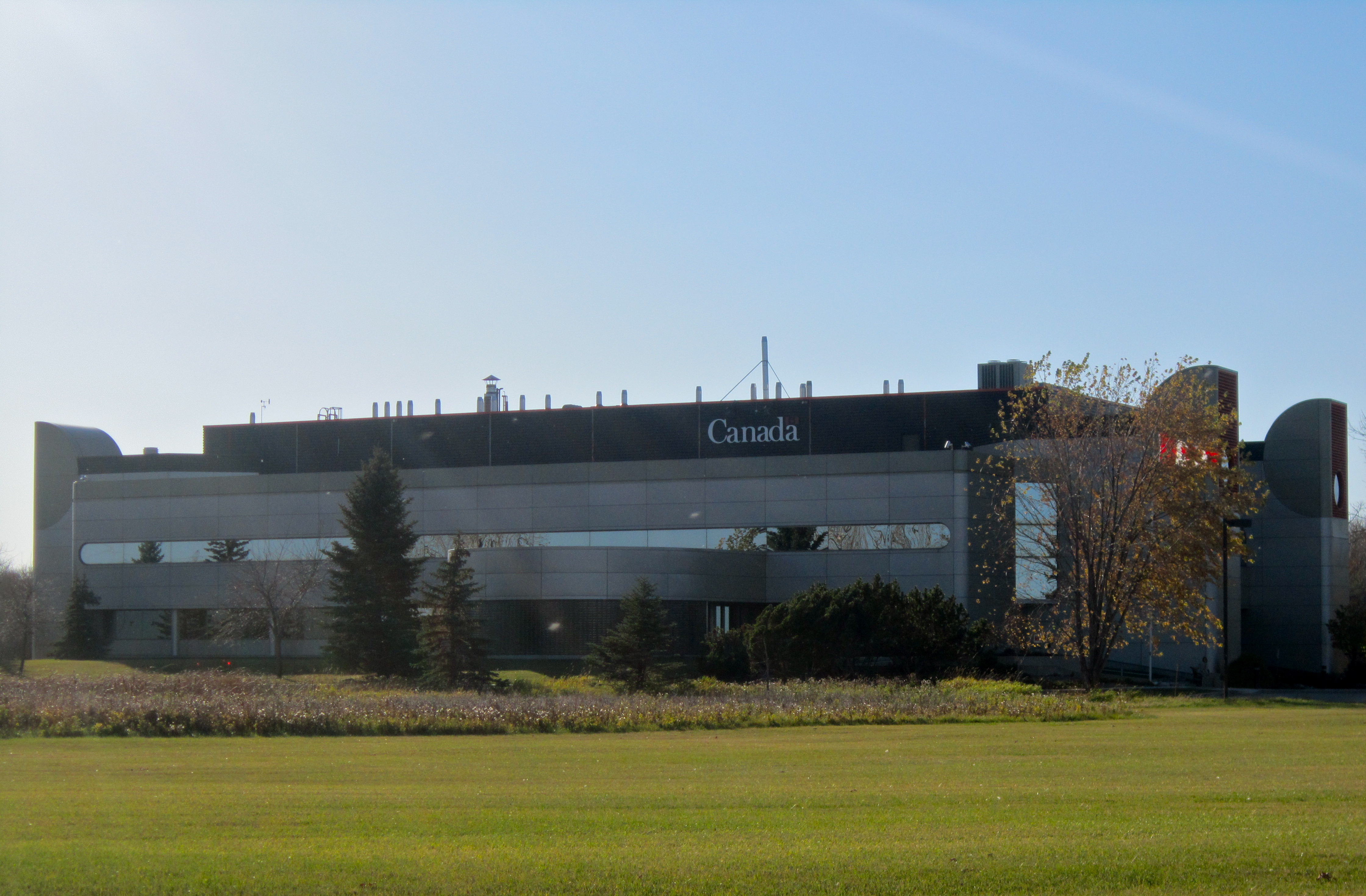 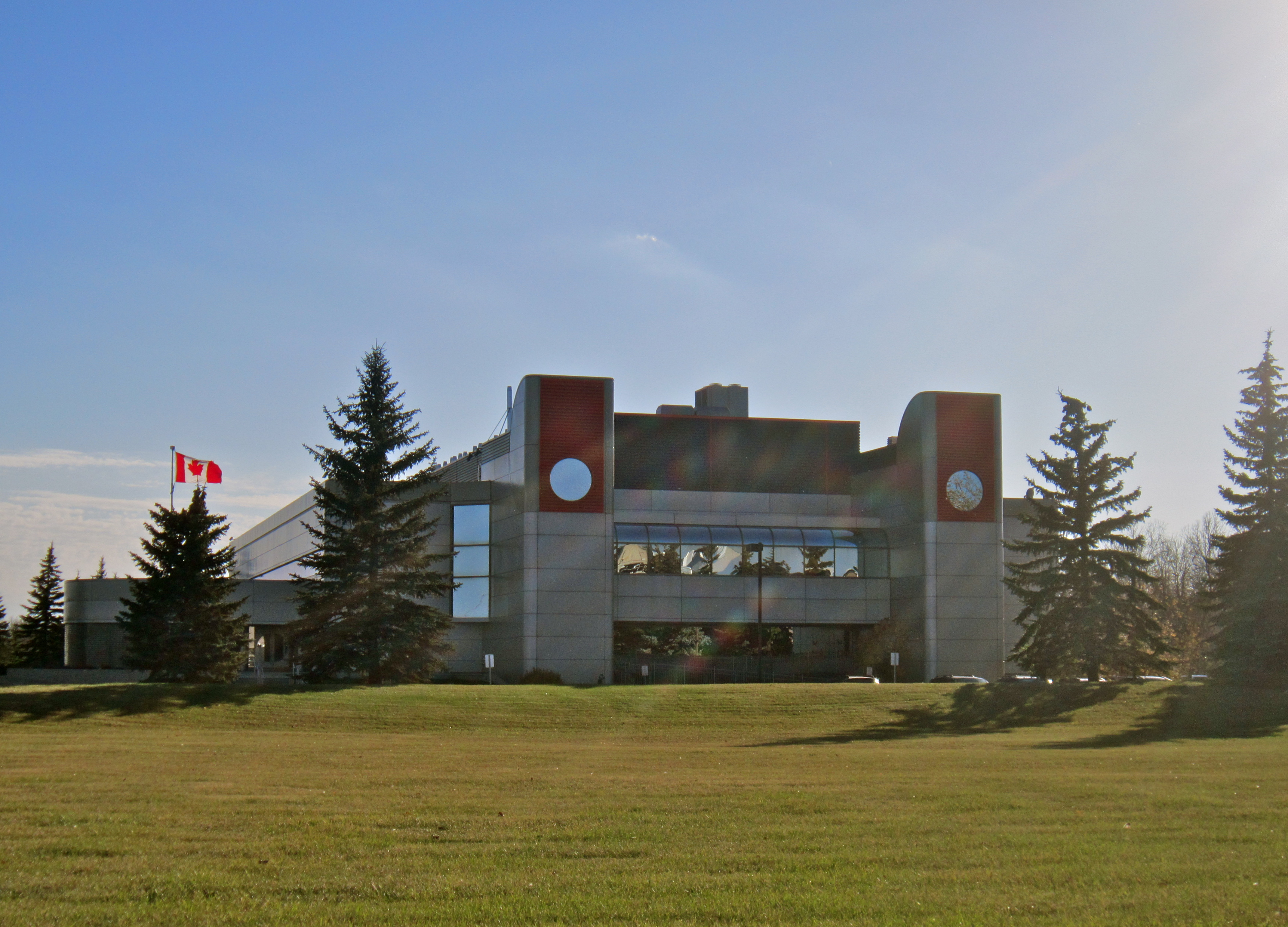 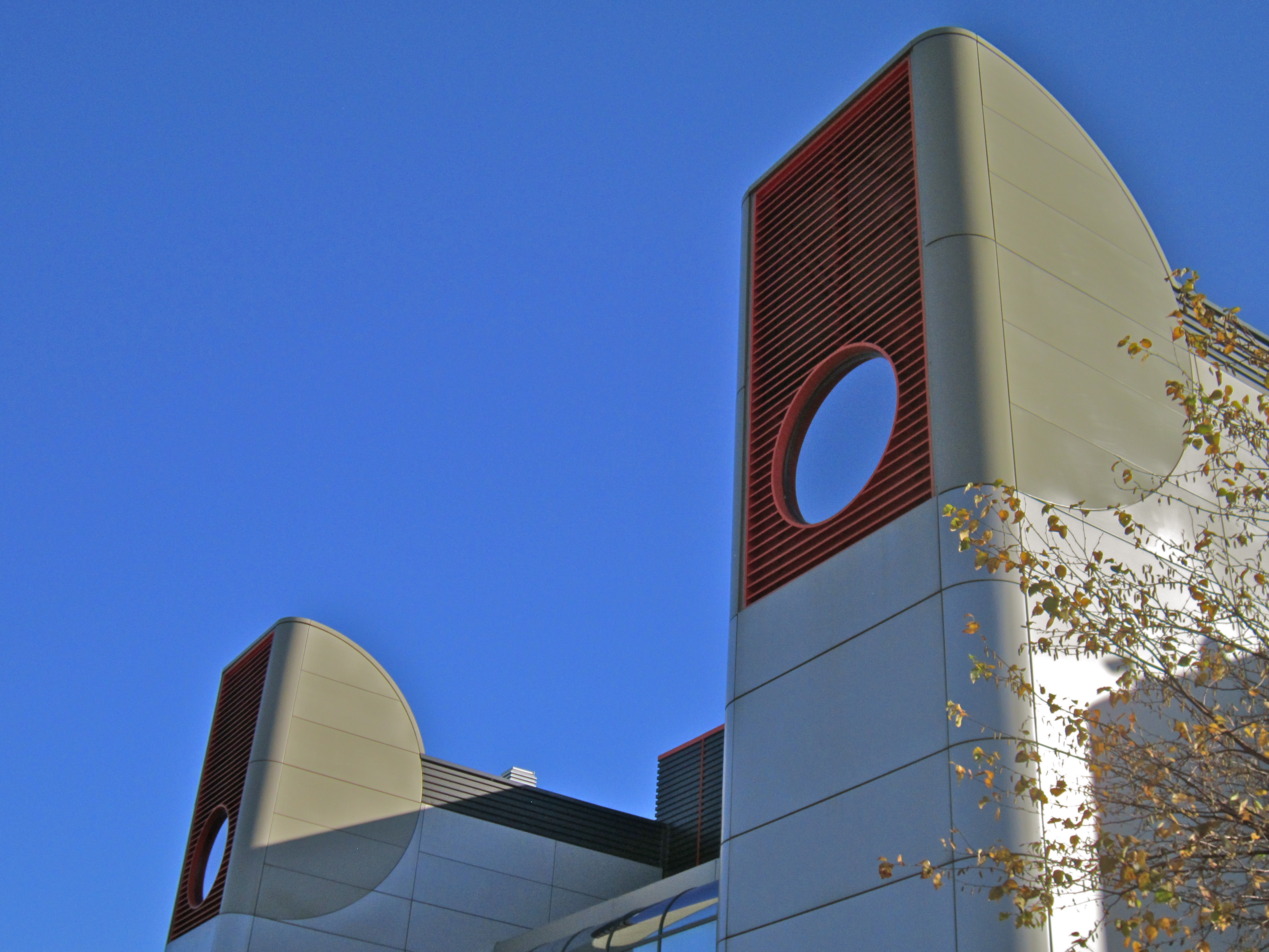 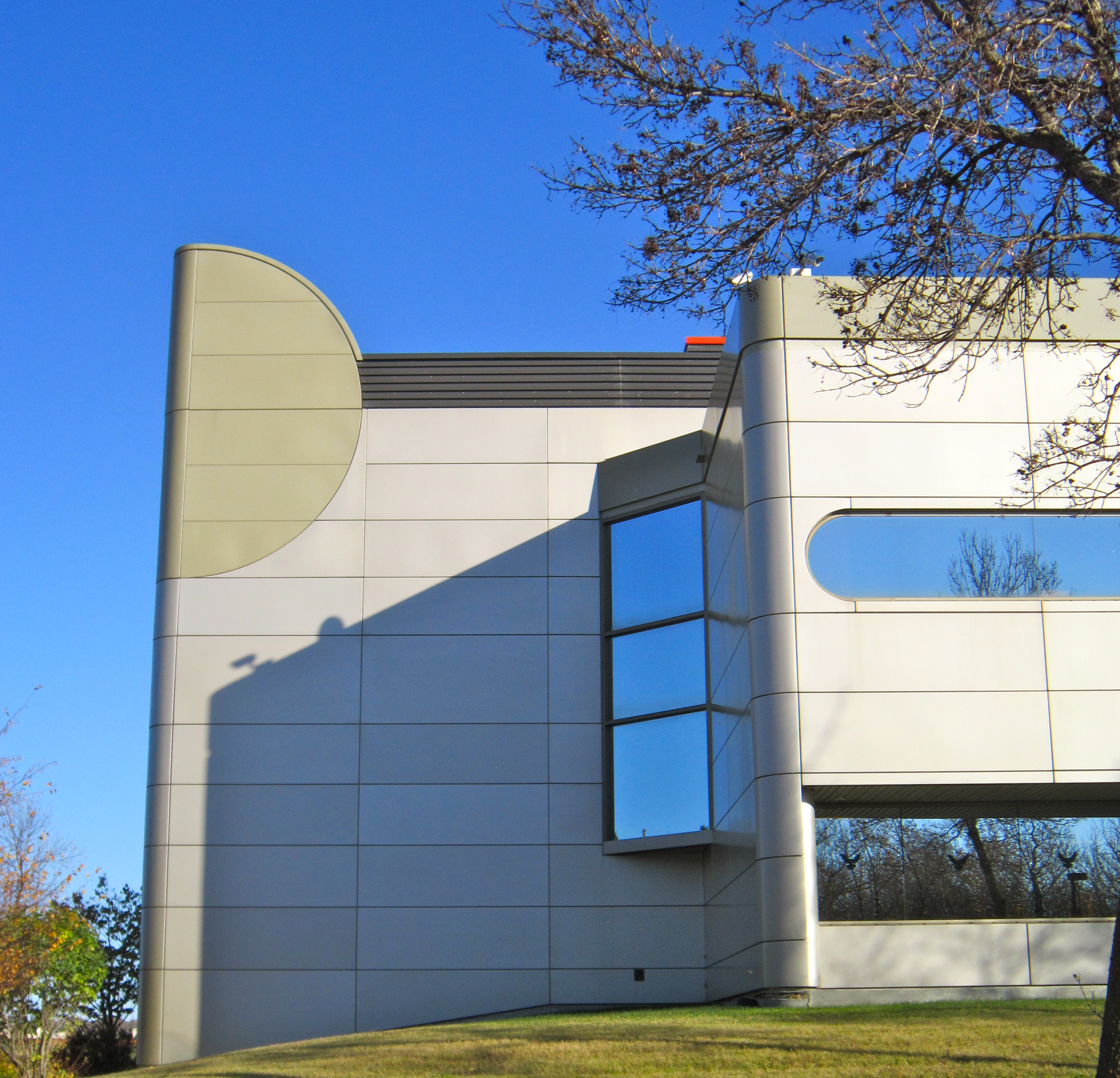 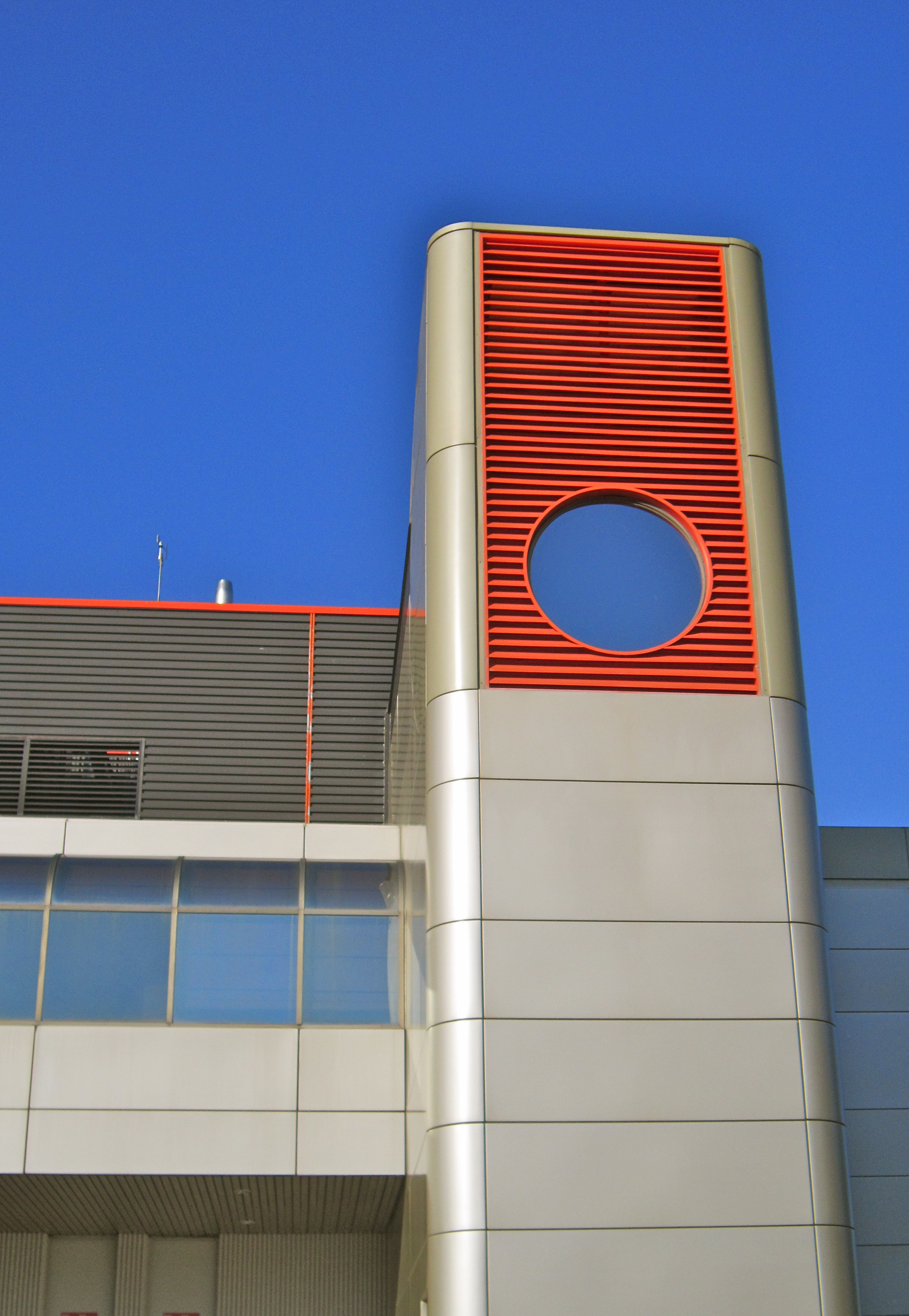 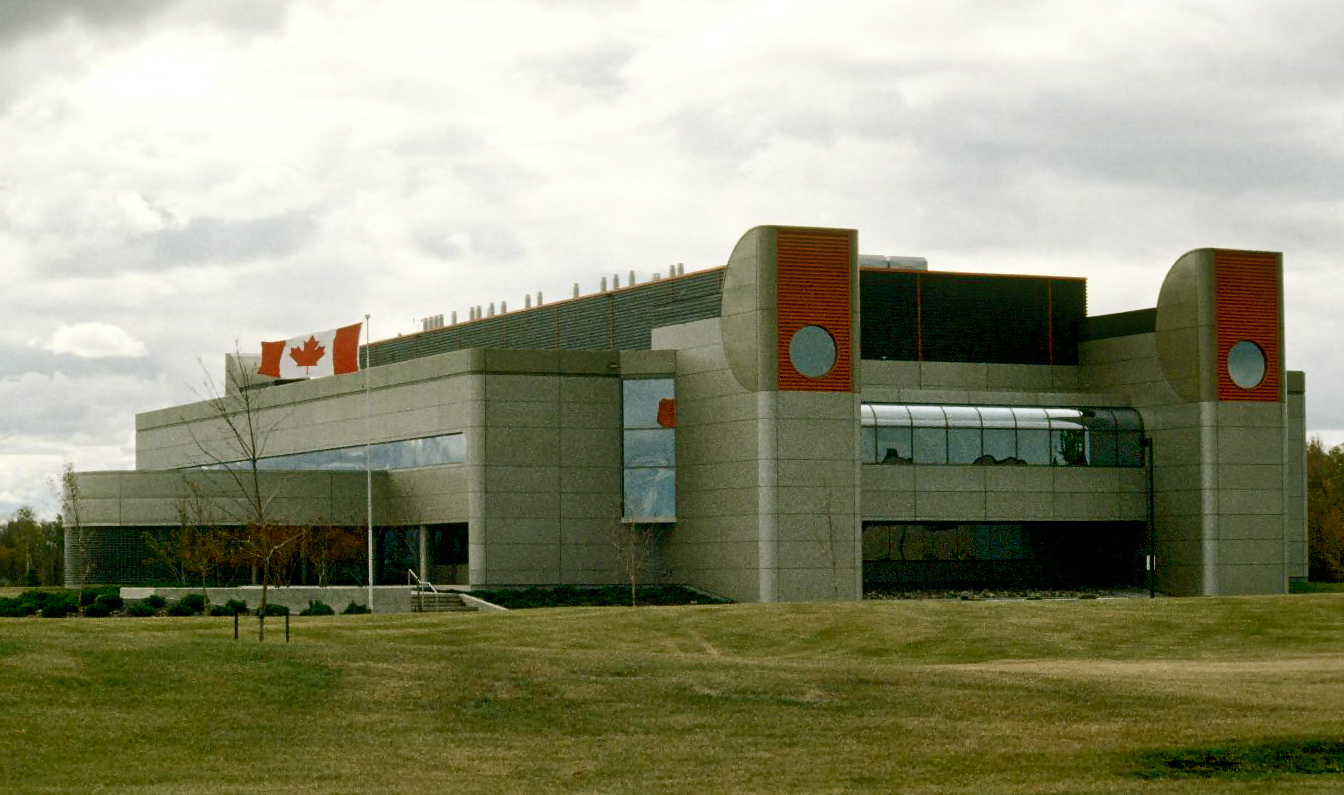 This office and laboratory block was constructed in 1988 to house facilities for the federal government's Health and Welfare Protection Branch. A wide, horizontally oriented structure with a late modern high-tech aesthetic, the Health and Welfare Protection Branch building is accented by the subtle use of colour to highlight its four towers, two each highlighting the structure's slim north and south facades. This gesture recalls the angle-topped towers on the ends of two other buildings by the architect, Valdis Martins Alers: the Manitoba Centennial Concert Hall and the University of Manitoba's Architecture II building (originally designed to house the School of Art). An attic storey is clad in a darker shade, causing this section to recede from view, while the building's first floor is accentuated by means of a simplified colonnade and projecting bay on the east side. The structure is adjacent to another late modern federal facility, the Royal Canadian Mint (designed by Etienne Gaboury) and like it, the Health and Welfare Protection Branch seems to respond to its site. In the latter case, however, this contextualism is achieved means of the aforementioned horizontal emphasis (highlighted via long ribbon windows and a low silhouette) as well as, more subtly, through tower forms set in contrasting with the flat prairie – an effect which takes precedence in Gaboury's Mint. This structure still houses facilities for Health Canada, though in recent years some divisions, such as the Drug Analysis Service lab, have been closed and amalgamated with bureaux in other provinces.