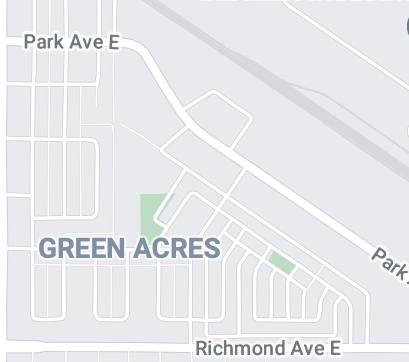 The Green Acres subdivision was largely completed by the late 1960s.