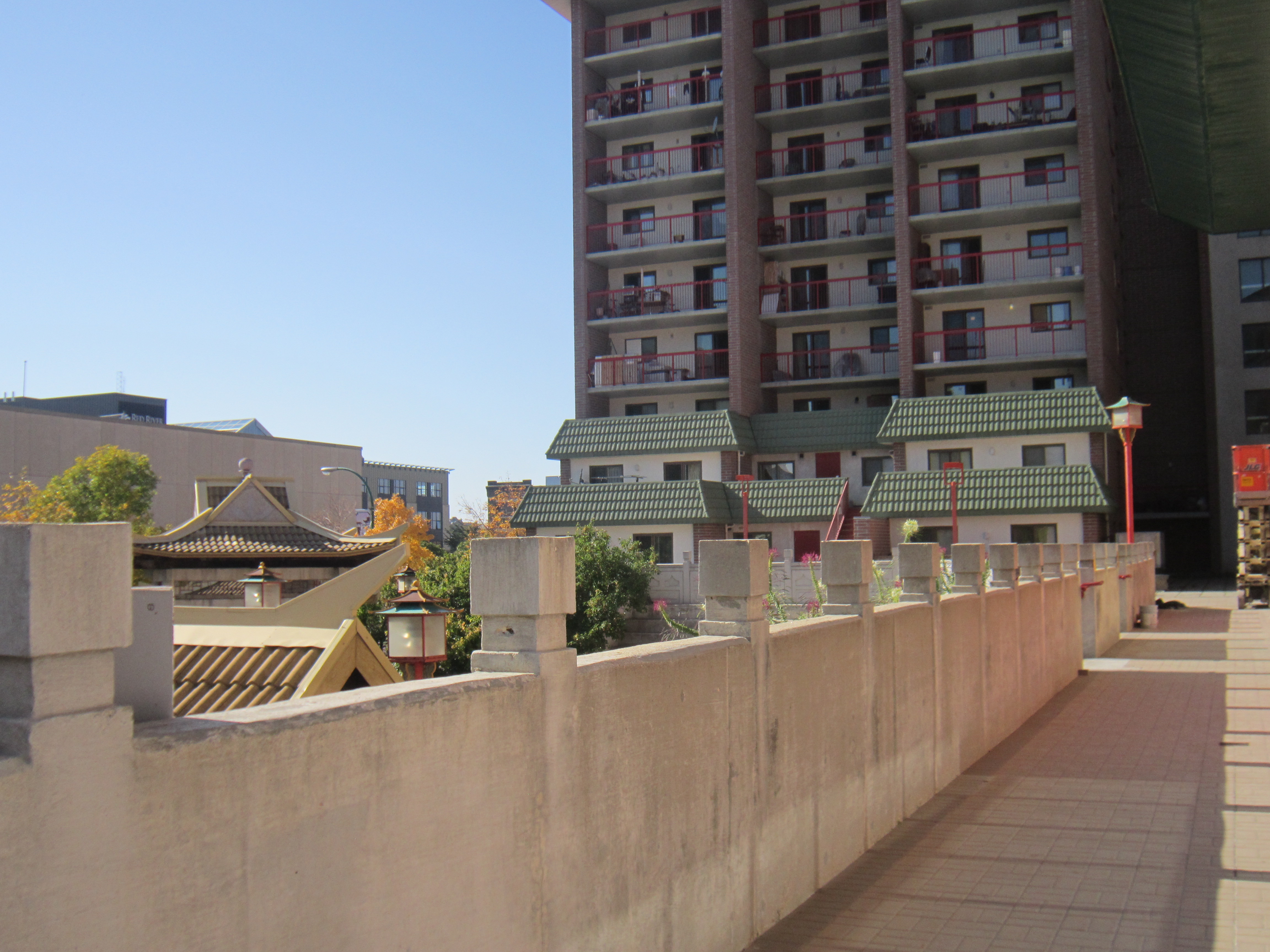 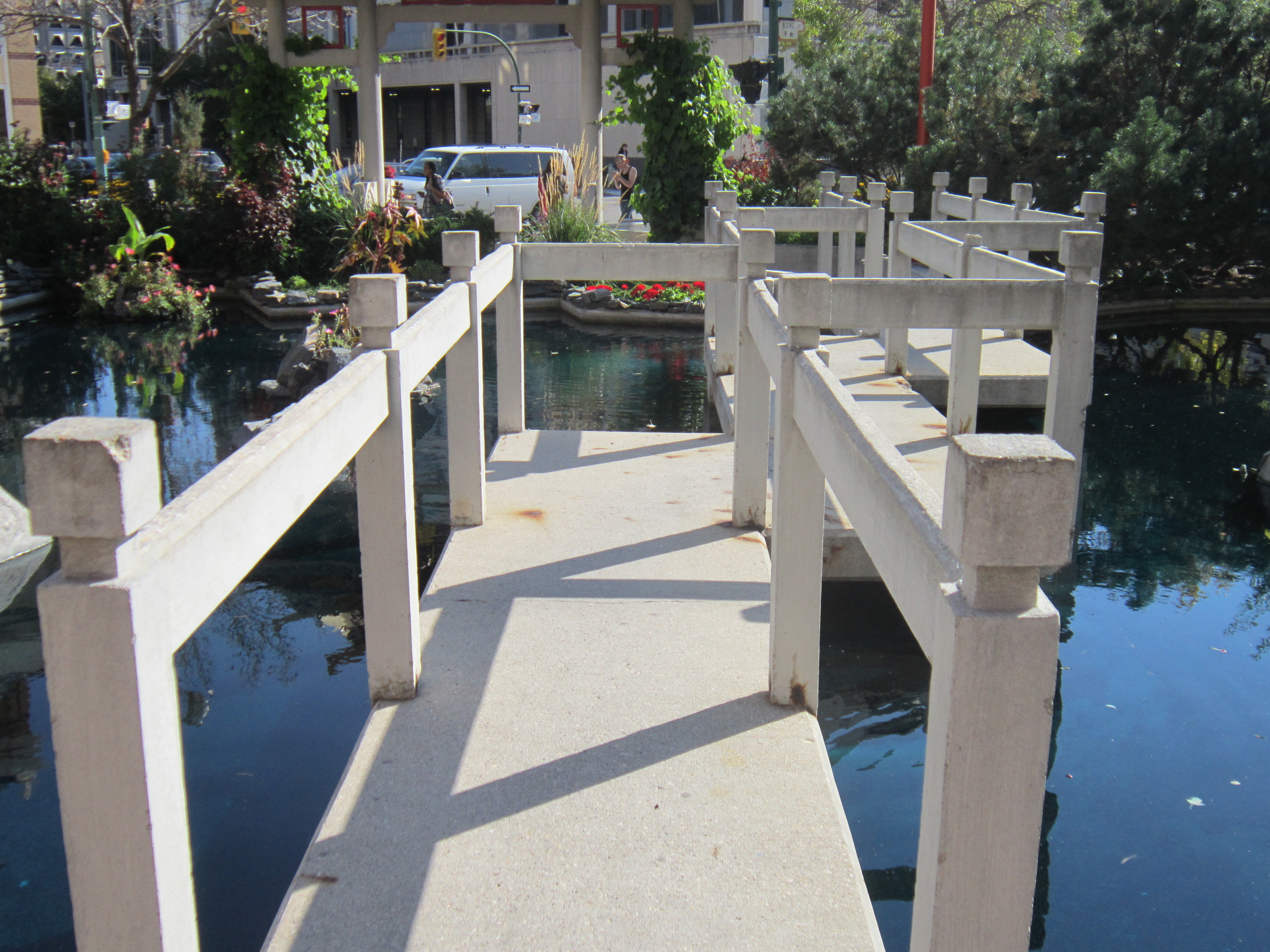 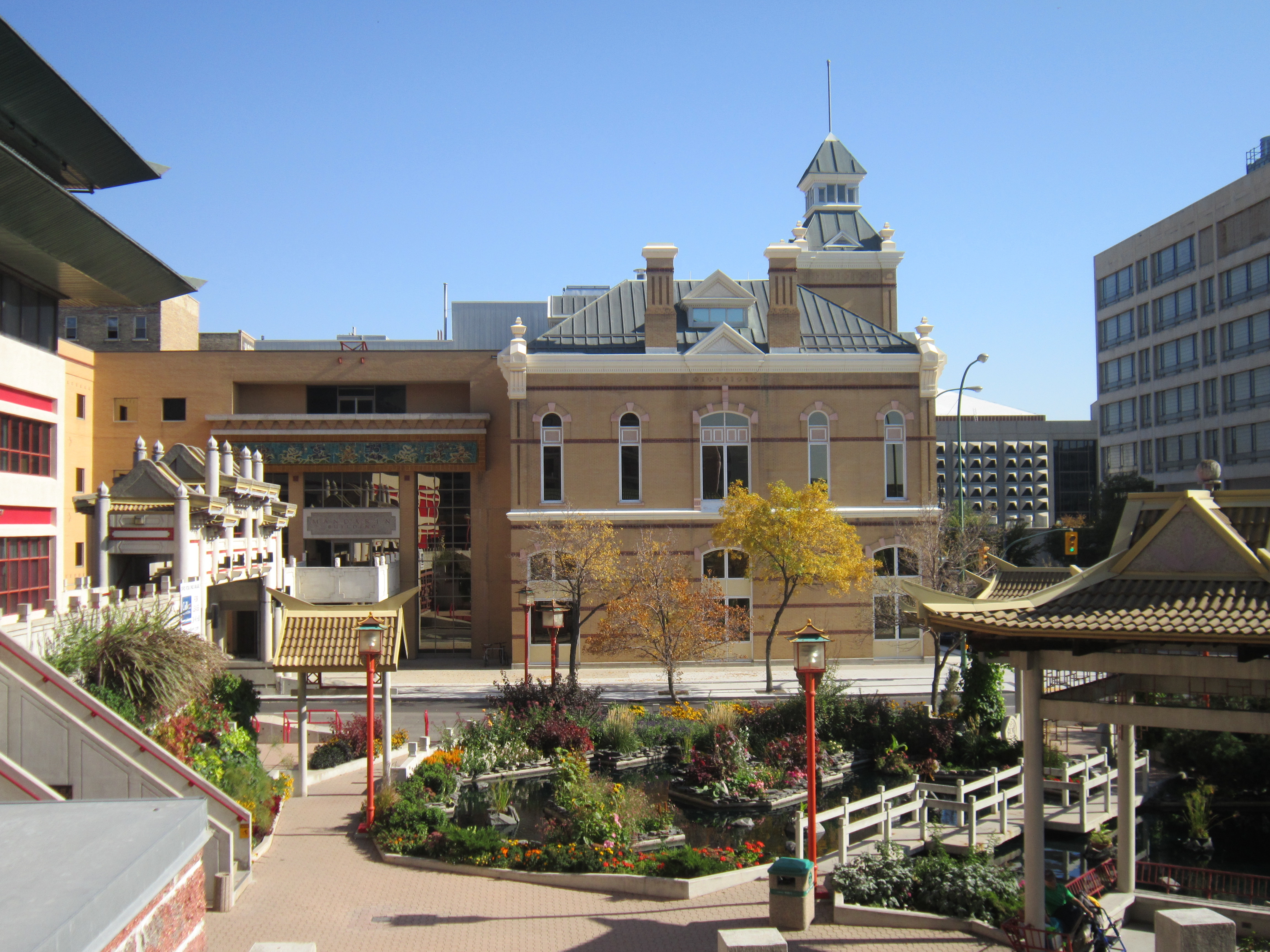 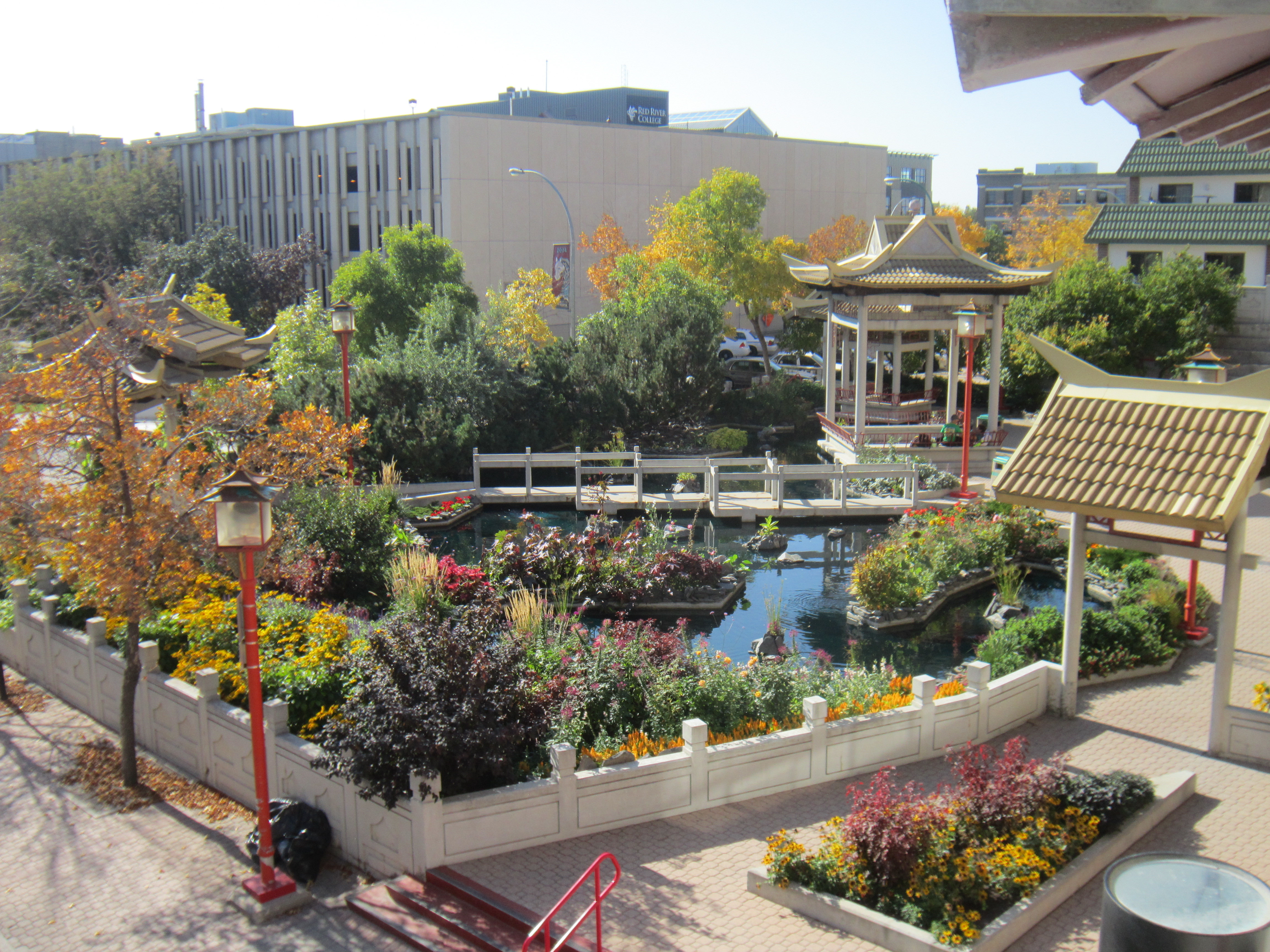 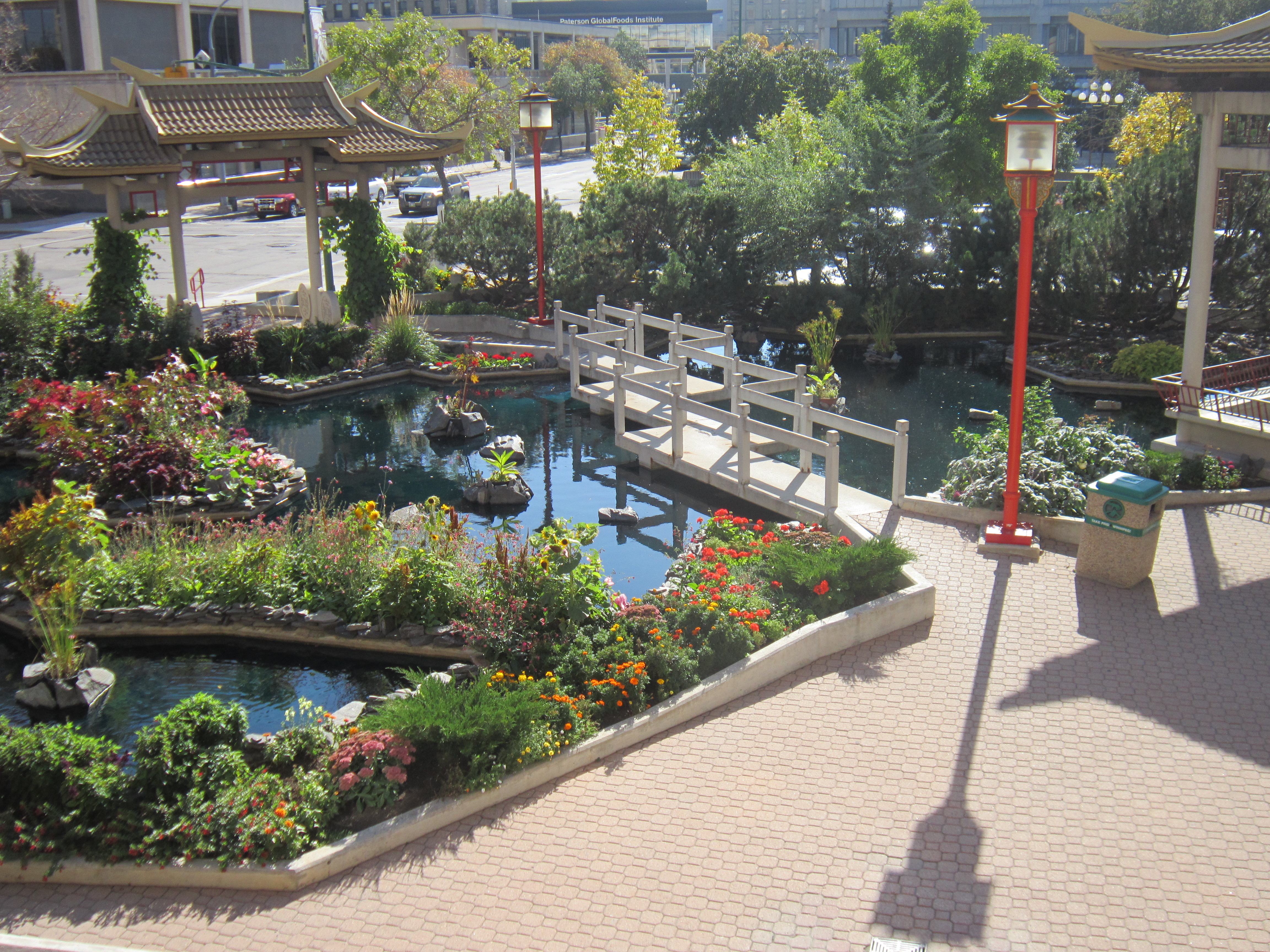 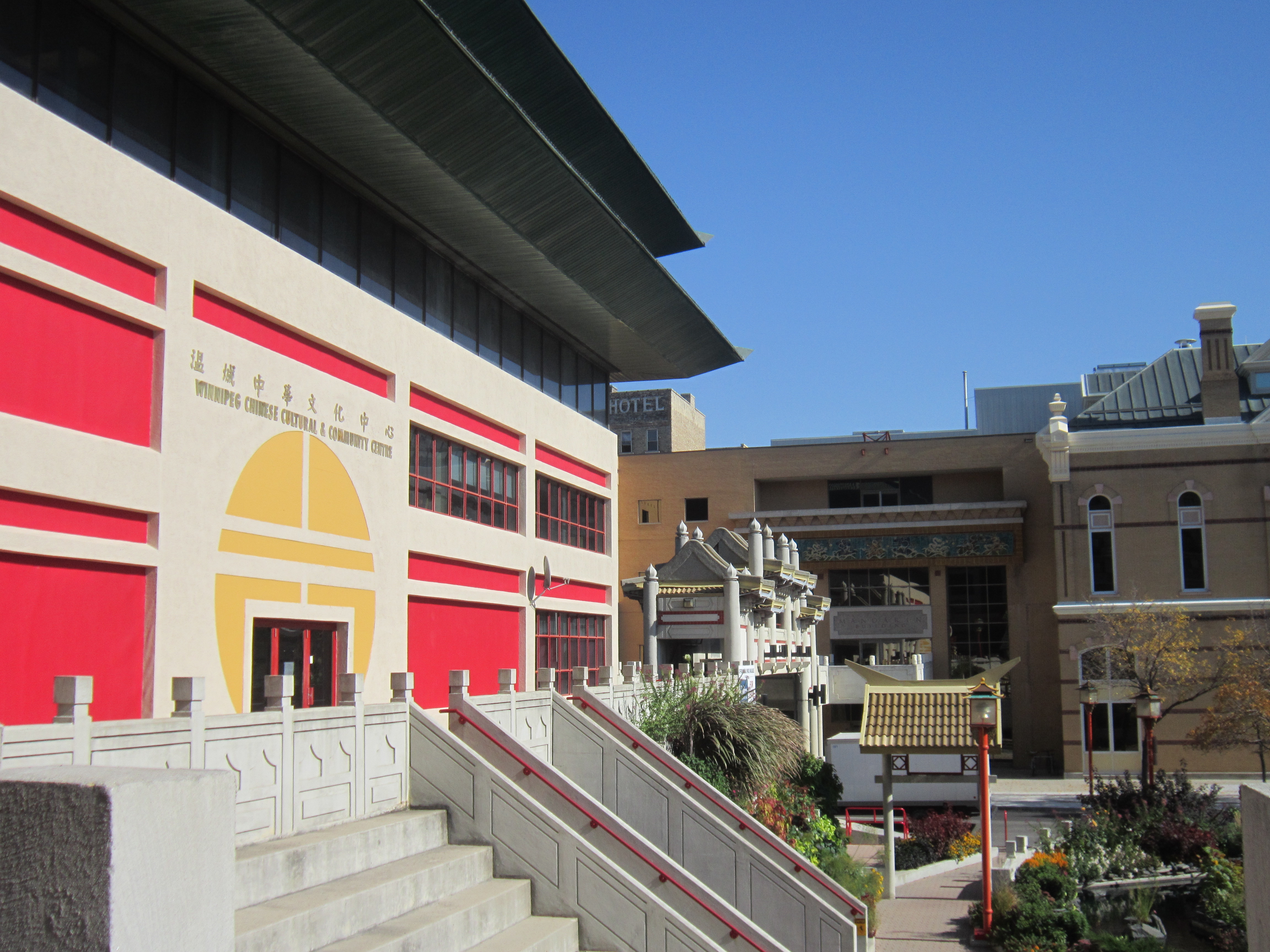 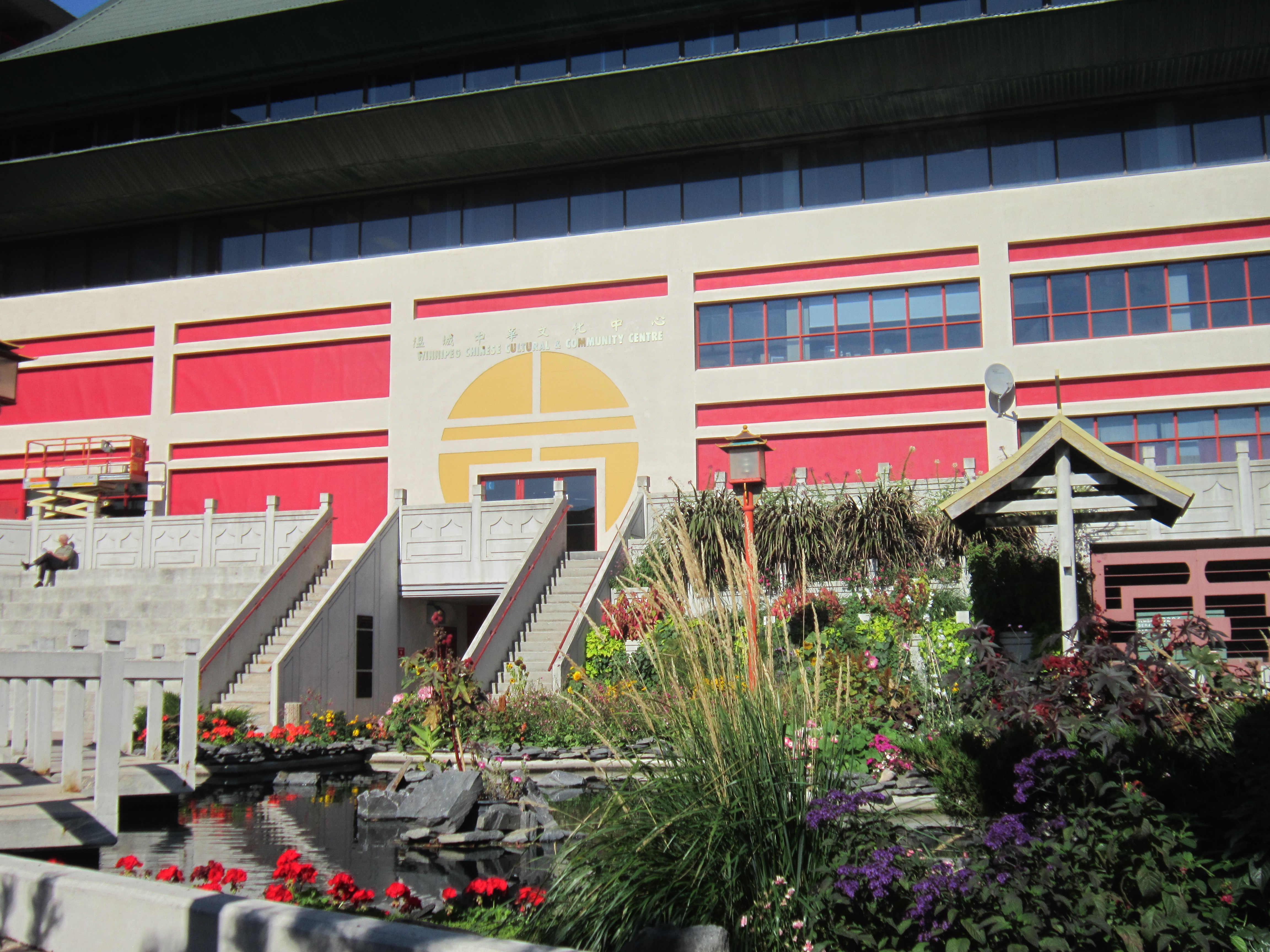 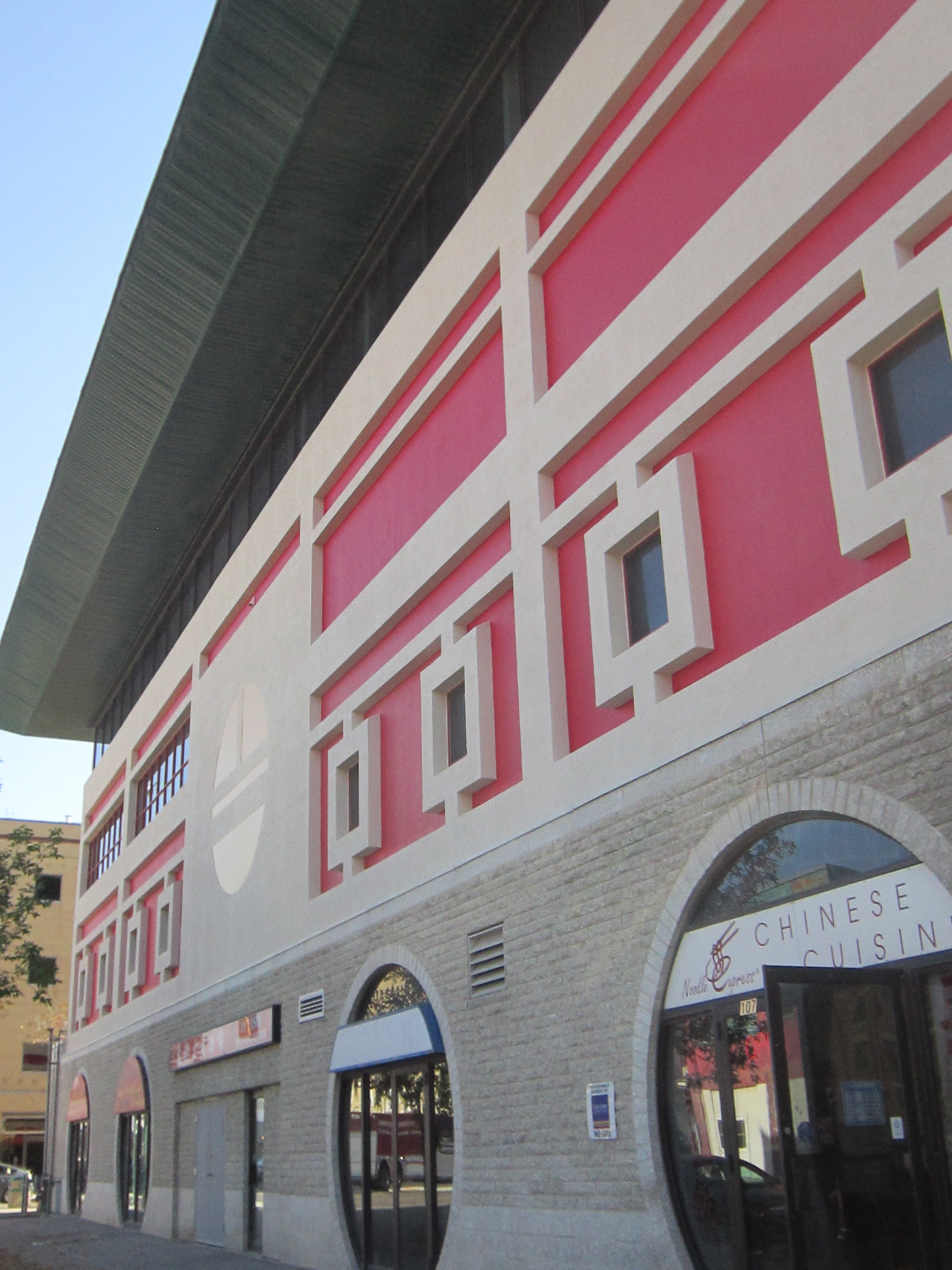 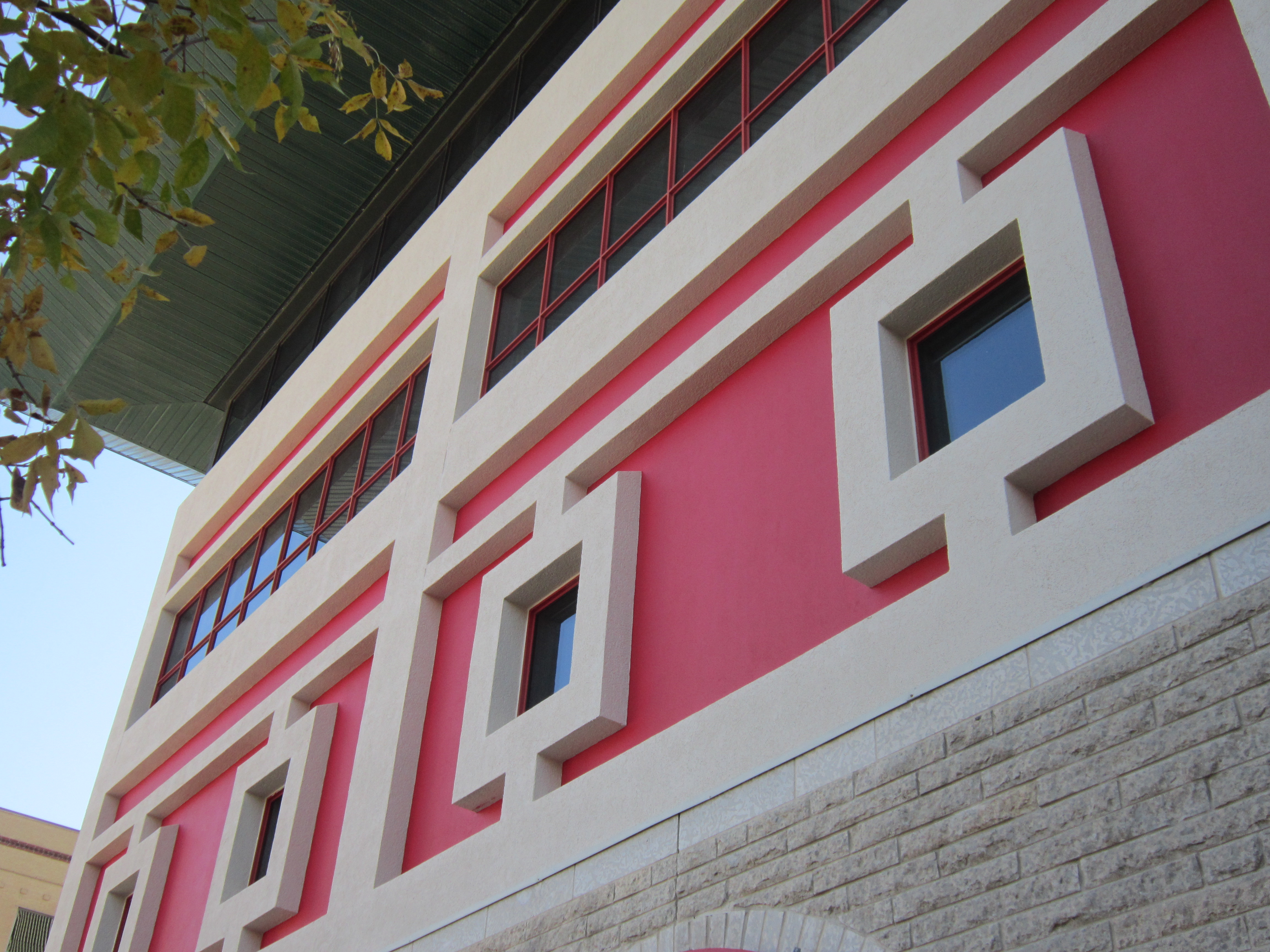 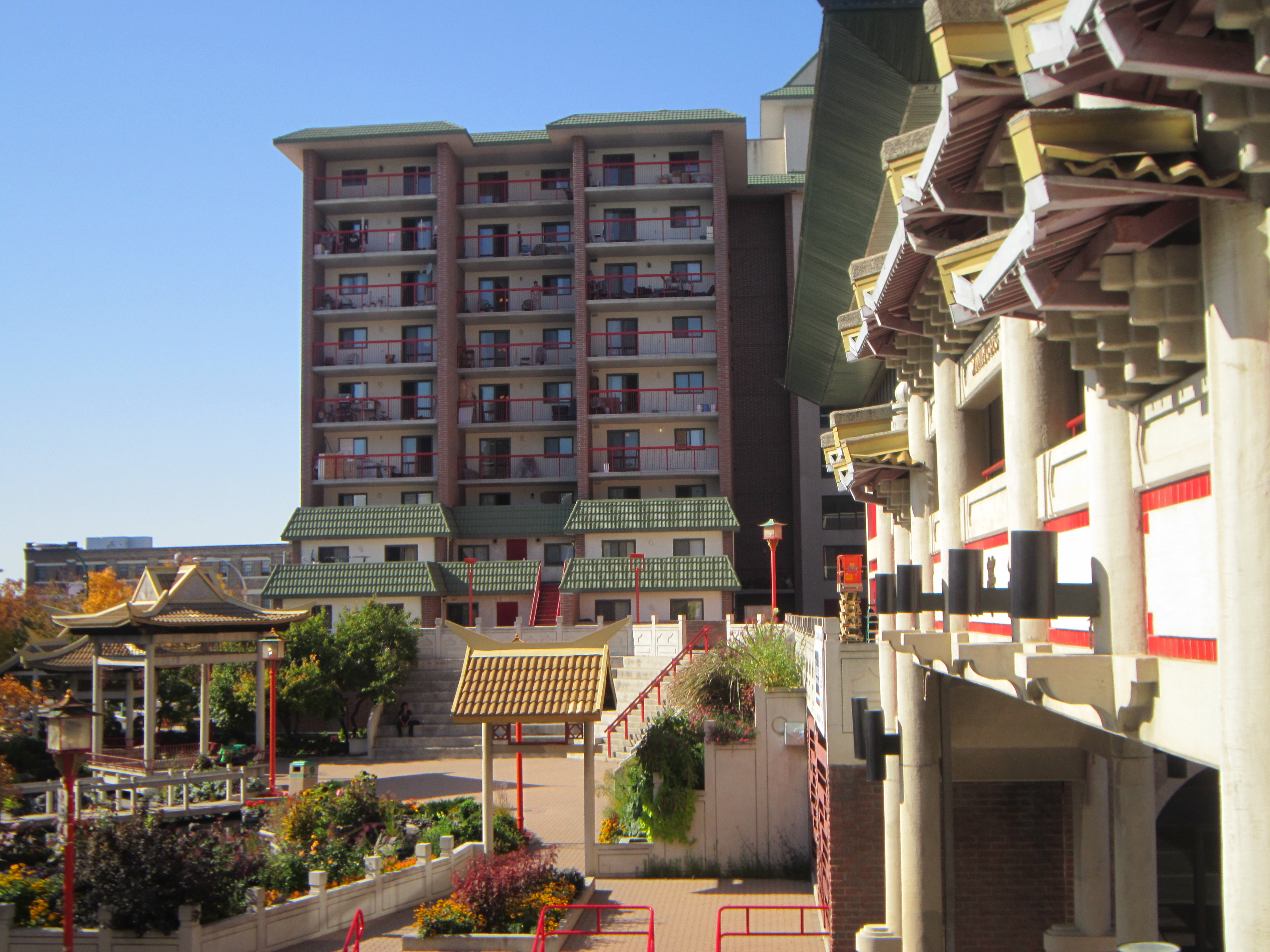 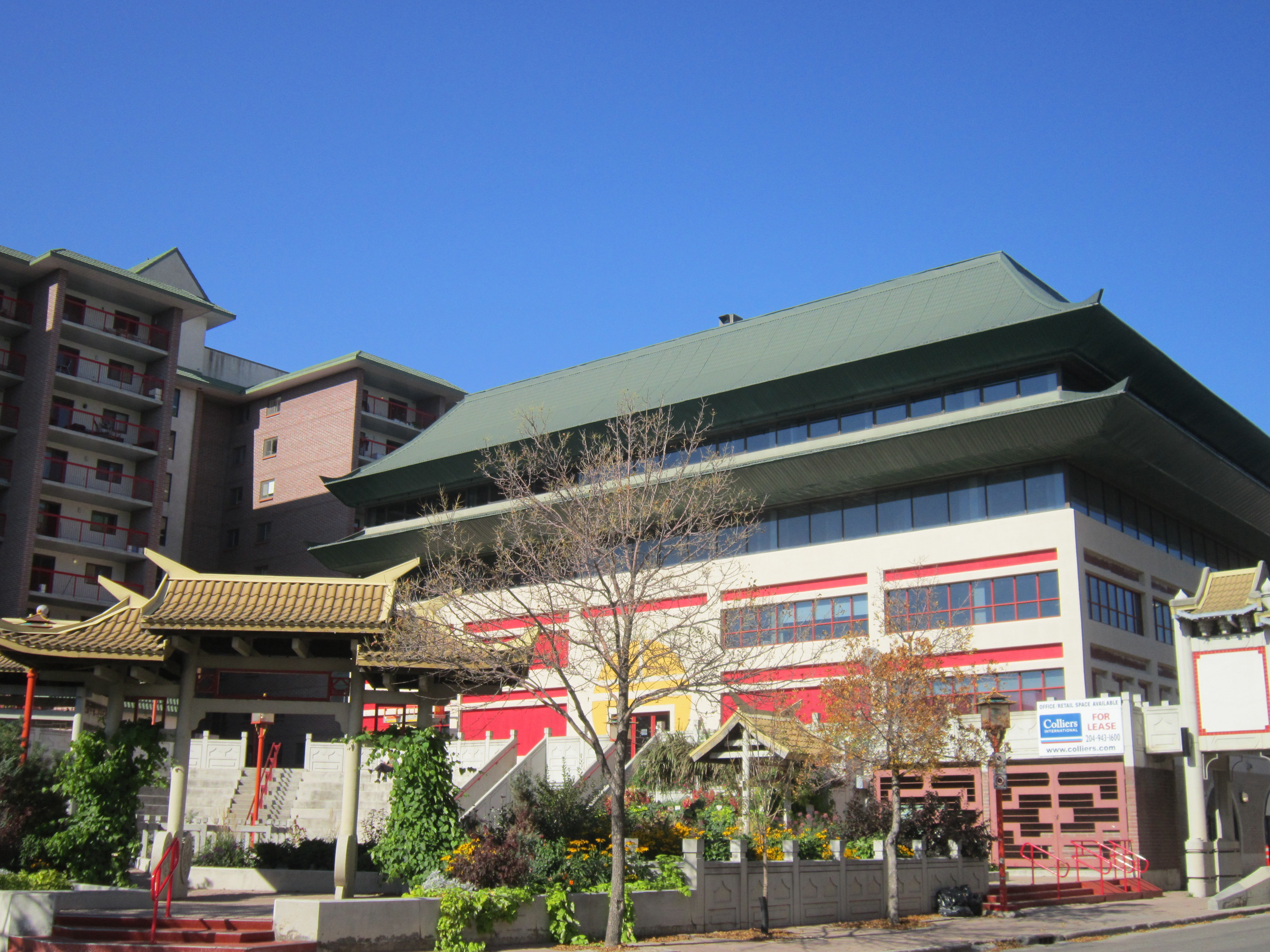 Winnipeg’s Dynasty Building, completed in 1987, is a centrepiece of the city’s historic Chinatown neighbourhood. Standing out amid the skyline, the building is defined by its reference to quintessential elements of traditional Chinese architecture, most prominently a distinctive roofline and horizontal emphasis. Here, as elsewhere, these two elements are joined, horizontality achieved by through the use of heavy, projecting and doubled, sections with upward sweeping corners. This gesture echoes such precedents as the Hall and Gate of Supreme Harmony and Palace of Heavenly Purity, all in Beijing famous Forbidden City. In this way the building echoes the rise of Post-Modernist design during this period, which often looked to historical precedents for architectural inspiration. Along the building's lower half, stepped seating and garden elements define the south façade; the north and east sides present rounded entranceways, with Tyndall stone, stucco and concrete the predominant materials employed. A multi-use structure, the 5,574-square-metre Dynasty Building was built to house Winnipeg’s Chinese Cultural Centre, as well as businesses, banks and government offices.

The impetus for the building’s construction came from within the Chinese community, led by such figures as the former chairman of the Winnipeg Chinese and Cultural Community Dr. Joseph Du, and Philip Lee. The structure was a lynchpin in a larger redevelopment of the area, one which involved a significant role undertaken by the Winnipeg Chinatown Development Corporation. Funding for the project (and related adjacent projects) came from private investment, the Chinese community, grants from a tripartite government agreement and from Canada Mortgage and Housing, aided by the Core Area Initiative.

Linked to the Dynasty Building, and built in concert with it, was a $500,000 Chinatown Arch gate to welcome visitors to the area, as well as a prominent outdoor garden (the Chinese Heritage Garden) featuring ponds, pagodas and a zig-zag bridge, all also drawing upon tradition Chinese design. Within the building, the Cultural Centre houses a large multi-purpose room and a library; the centre’s entrance is complemented by a pair of marble Chinese lions, gifts from Beijing. Symbols of good fortune, each weighs over a tonne. The building's neighbours include the residential Princess Street Harmony Building, completed in 1986 in a similar style, and the King Street Mandarin Building, reachable via the Dynasty Building gate.