"Dark Days".
In the book and accompanying exhibit, photographers William Eakin and Leala Hewak explore Winnipeg’s urban landscapes from a twenty-first century perspective.
The places they capture are not static; they are living, continuously adapting and changing to the environments that surround them. Often, the most interesting architecture is not found in the monumental but rather in the vernacular, in the everyday spaces we inhabit.

William Eakin is a Winnipeg-based artist. He studied at the Vancouver School of Art (1971-74) and subsequently for a year at the School of the Museum of Fine Arts in Boston. Throughout almost fifty years of making photographs, Eakin has sustained a commitment to, and a fascination with, subjects and objects that are normally undervalued and overlooked. He is a past recipient of the Arts Award of Distinction awarded by the Manitoba Arts Council in recognition of his lengthy and significant contribution to the arts in Manitoba.

Leala Hewak is a Toronto-based photographer. She obtained a Bachelor of Fine Arts from York University and went on to law school. She continued her artistic practice throughout her law career, founding Cream Gallery in Winnipeg in 2004. In 2017, Hewak returned to school and obtained a Master of Fine Arts from Ryerson University. She is the recipient of Ontario Arts Council and Canada Council for the Arts awards and has exhibited in numerous solo and group shows. 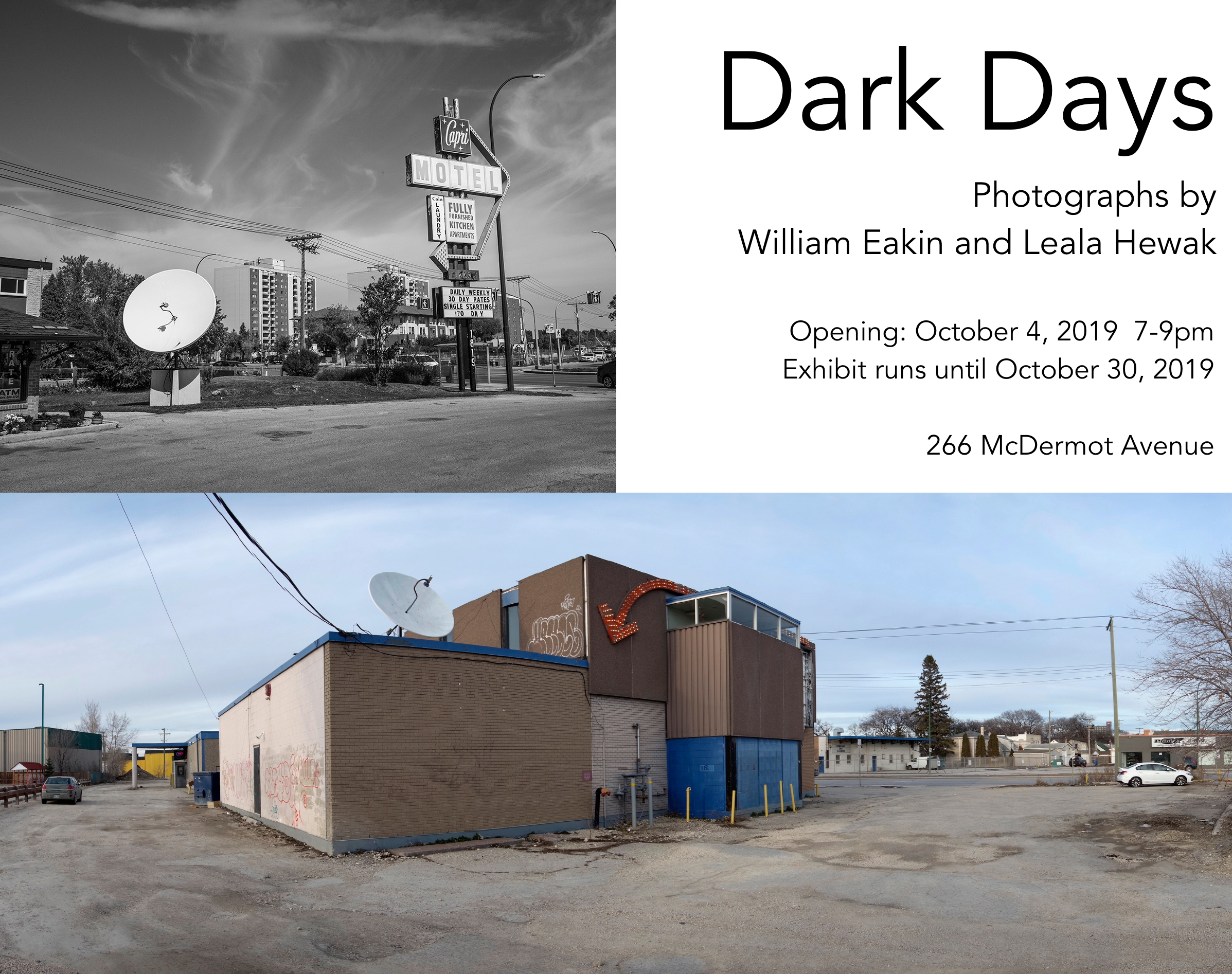