"Civic Modern" examines the social, political and architectural history of Winnipeg's Civic and Centennial Centres as they reach their fiftieth anniversary. In 1957 Winnipeggers voted by a wide margin for a new City Hall. Less than ten years later, the city witnessed the construction of not only a new City Hall, but a massive complex of civic and cultural facilities, one of the largest such ensembles in Canada. The exhibit includes original sketches, artefacts, and photos from noted architectural photographer Henry Kalen.

Curated by Jeffrey Thorsteinson,Winnipeg Architecture Foundation, with financial support from the Faculty of Architecture, University of Manitoba 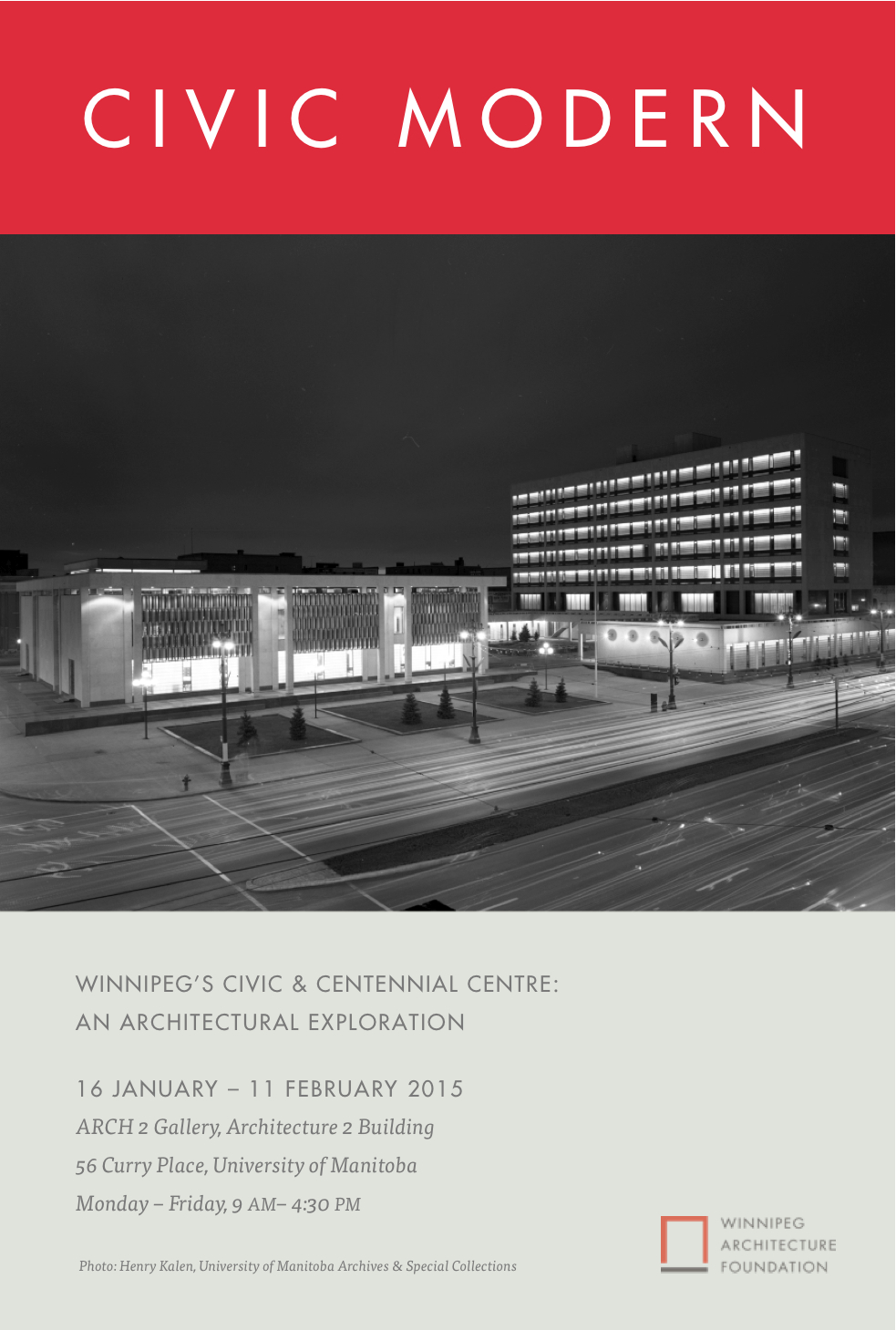