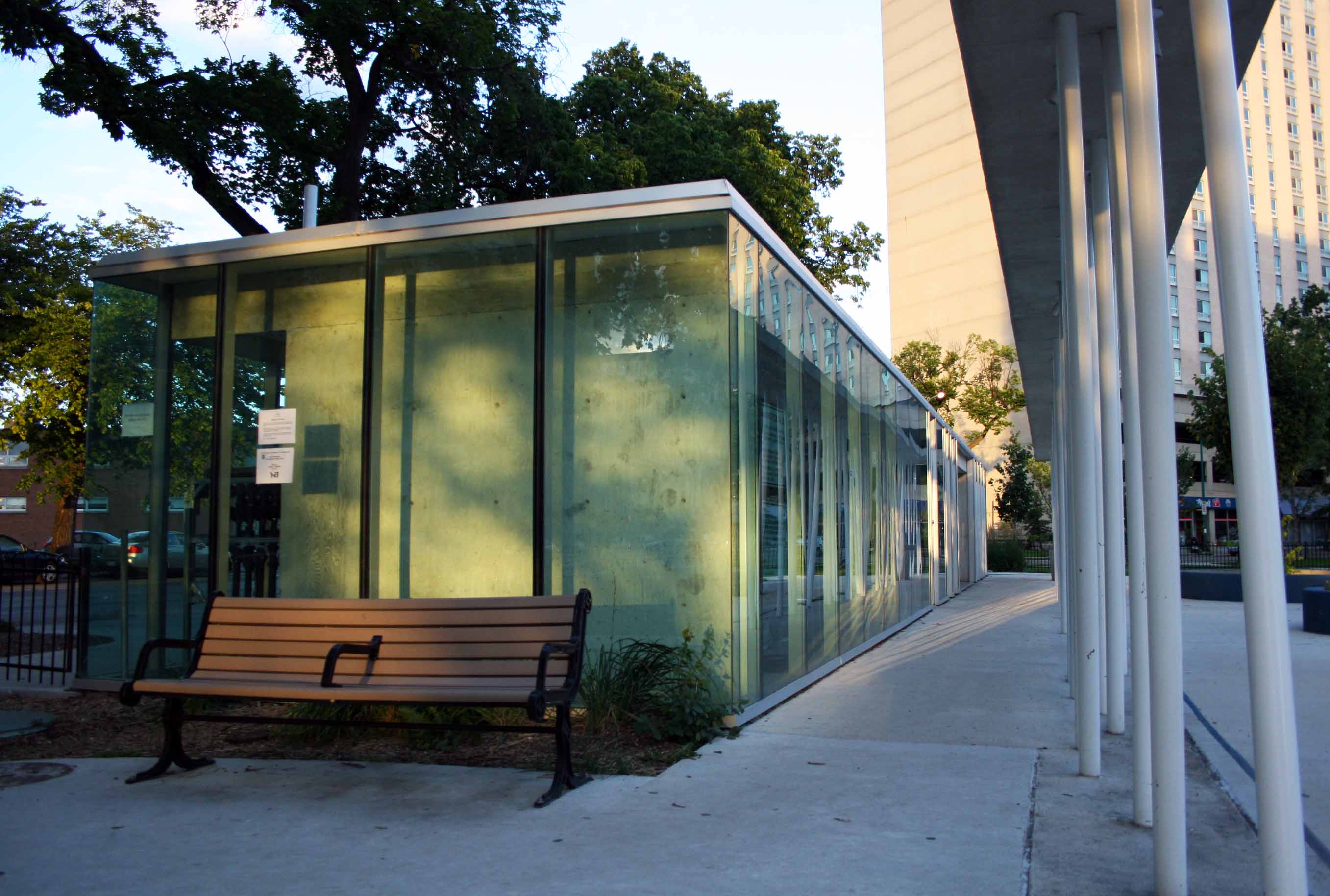 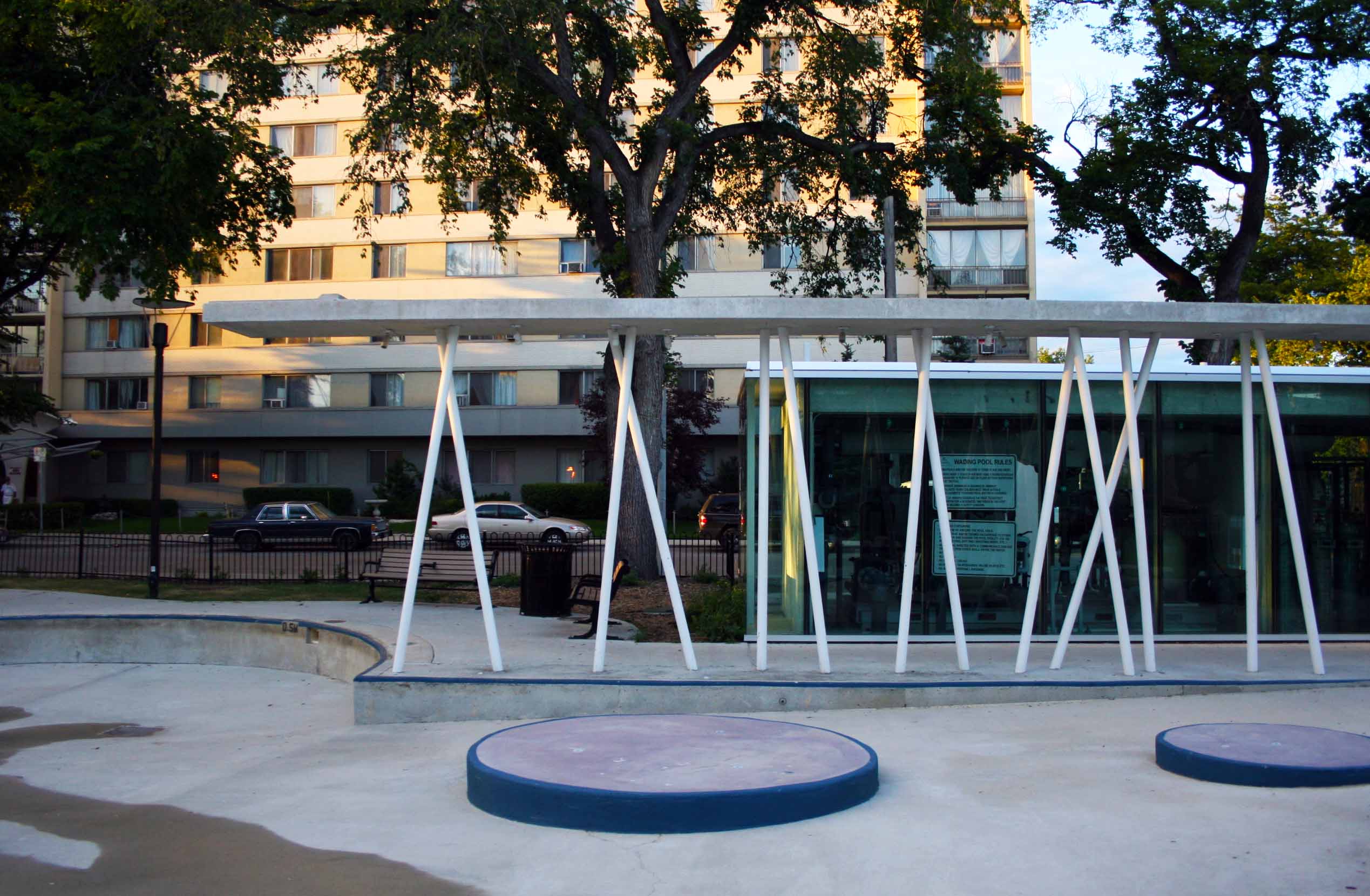 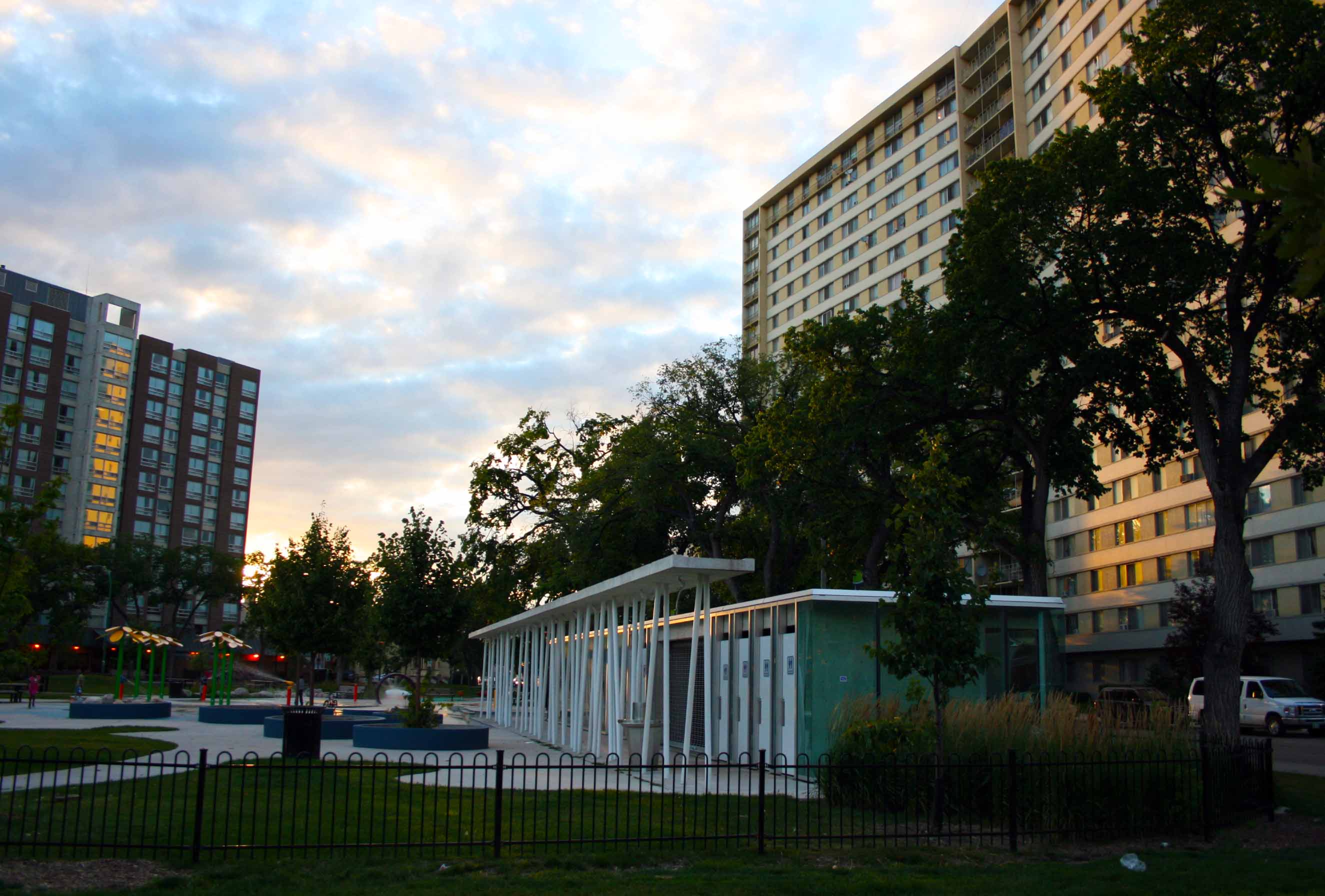 Designed by Winnipeg architect David Penner, the Central Park Pavilion services Winnipeg's largest wading pool and aquatic play pad. The structure is positioned on the south portion of its Central Park site and houses washrooms, lockers and a mechanical room. Largely transparent, the design compliments the aquatic area. The high degree of visibility that the building affords also helps in the mitigation of criminal activity. The structure is made of site-cast concrete with a neat white-framed curtain wall system; panels of frosted and clear glass are carefully positioned to both reveal and provide necessary privacy for those inside. Within the water park, an independent concrete panel is held aloft by a series of playfully positioned white posts, navigating the transition between building and park beyond. Restrictive site and spatial conditions demanded a custom-built manifold and water treatment system for the building; the washrooms are outfitted with low-flow toilets and motion detecting sinks.

Central Park is bordered on the north by Cumberland Avenue, with Carlton Street to the east, Edmonton Street to the west, and Ellice Avenue to the south. In its heyday in the early 1900’s, the park was the hub of a highly fashionable area. The park was bordered by fine homes, and included walking paths, gardens, a bandstand, tennis courts, and the famous Gothic-style Waddell Fountain (designed by Local architect John Manuel). Buildings around Central Park feature a diverse range of architectural styles and densities, coexisting with various shops and services, including the Knox United Church, Calvary Temple, Portage Place Shopping Centre and a number of high-rise apartment complexes.