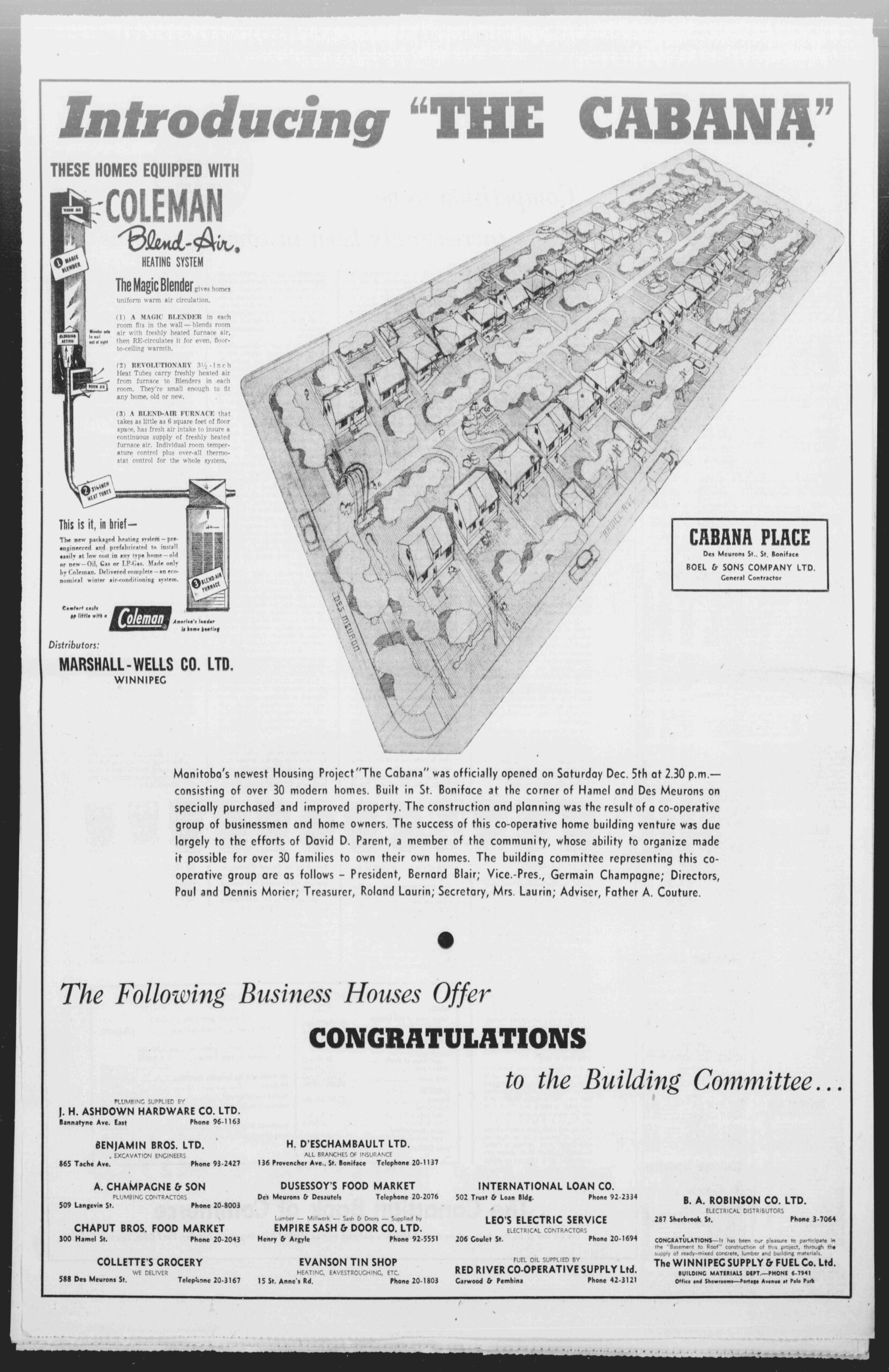 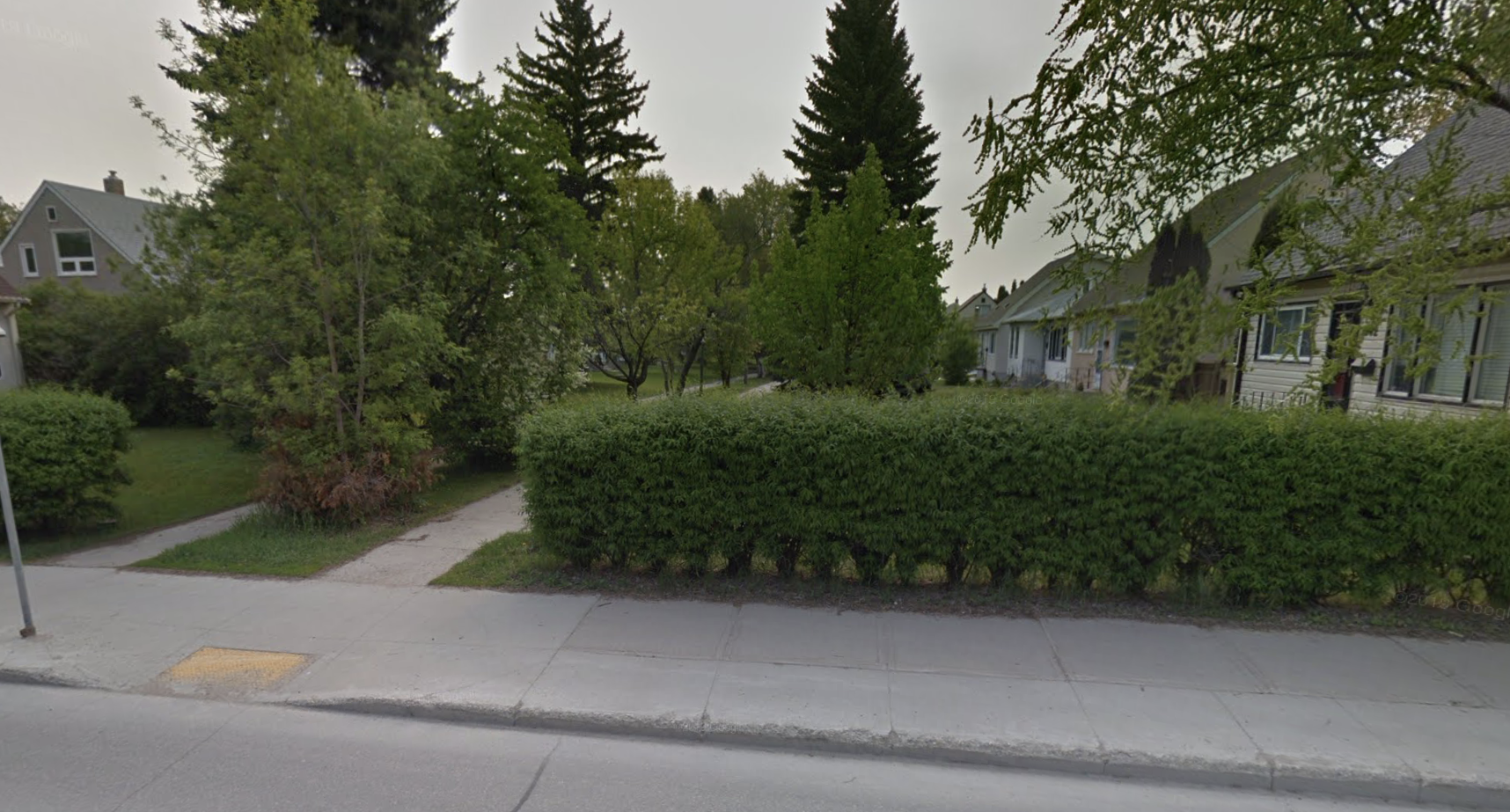 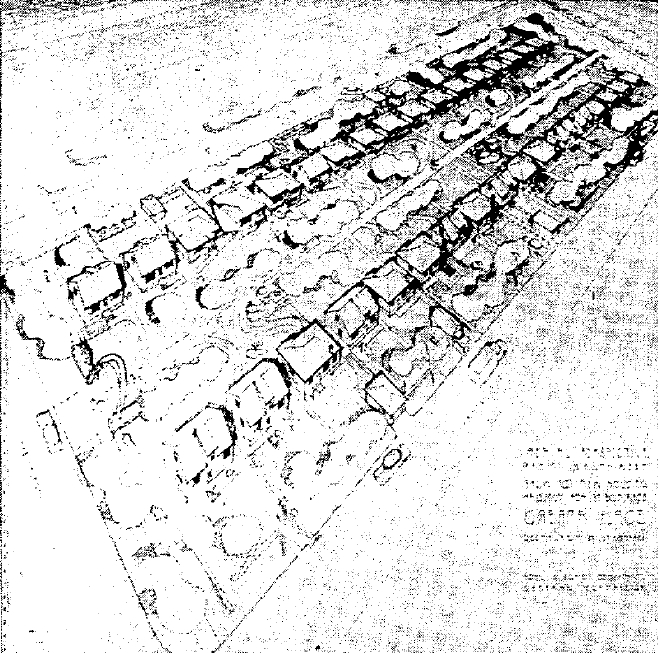 Incorporating an entire city block of the eastern section of St. Boniface, Cabana Place is a residential development comprised of 32 single family homes. Arranged around a pedestrian path centred between rue Deschambault and avenue Hamel, the development was the result of a community effort at creating an affordable housing program. It was in 1952 that a a group of St. Boniface residents conceived of the notion of such a project, with the intention of reining in what they perceived to be the mid-century period's high building costs, while nevertheless erecting homes for their families and as financial investments. Contributing much to this process as the local Reverend Adelard Couture, then director of social work for the Roman Catholic diocese of St. Boniface. That year the group of citizens formed a co-operative housing association, the Co-operative d'Habitation de St. Boniface (led by Co-op president Bernard Blais and vice-president Germaine Champagne). The Director of the building project was David P. Parent, a Canadian Pacific railway worker.

The site on which Cabana Place is set comprises four acres. Arranged in near lines, facing a central sidewalk, the project's 32 homes stand one storey or a storey-and-a-half; all are wooden framed and were originally clad in stucco. On average the homes were constructed at a cost of $9,370 – a sum which includes the price of the land on which they stand. Initial landscaping costs were estimated to be $200,000.

Funding for Cabana Place came from the International Loan company. The original residents were largely factory, industrial and railroad workers from St. Boniface, all of whom were reported to be " raising families on incomes averaging $3,500."