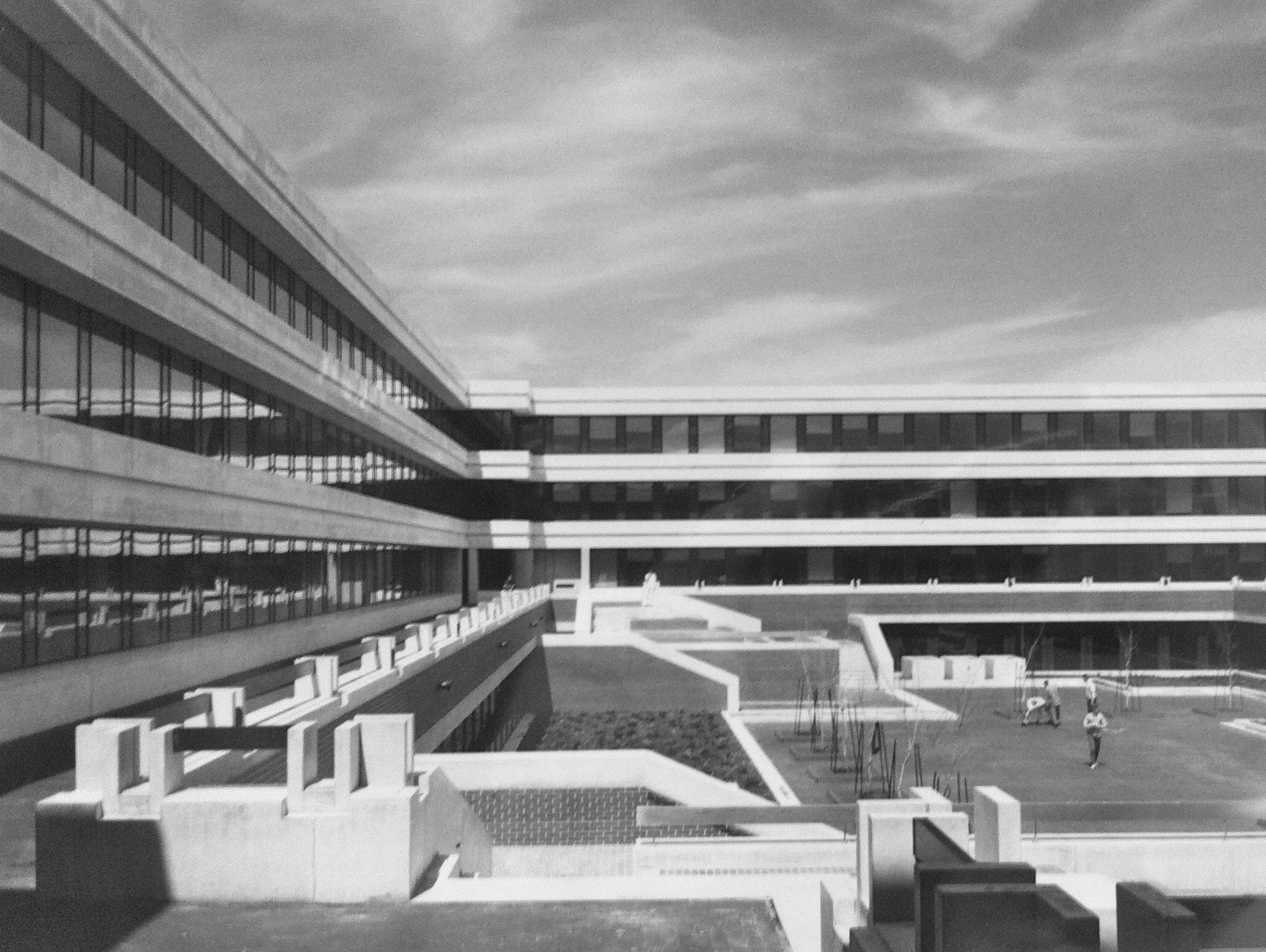 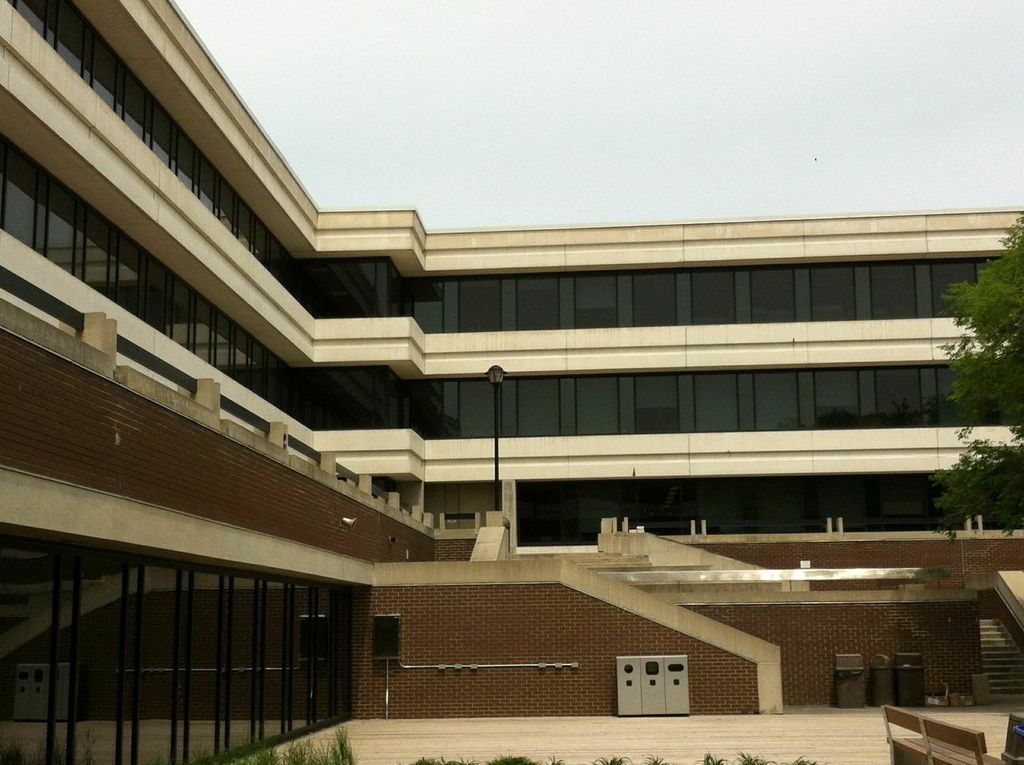 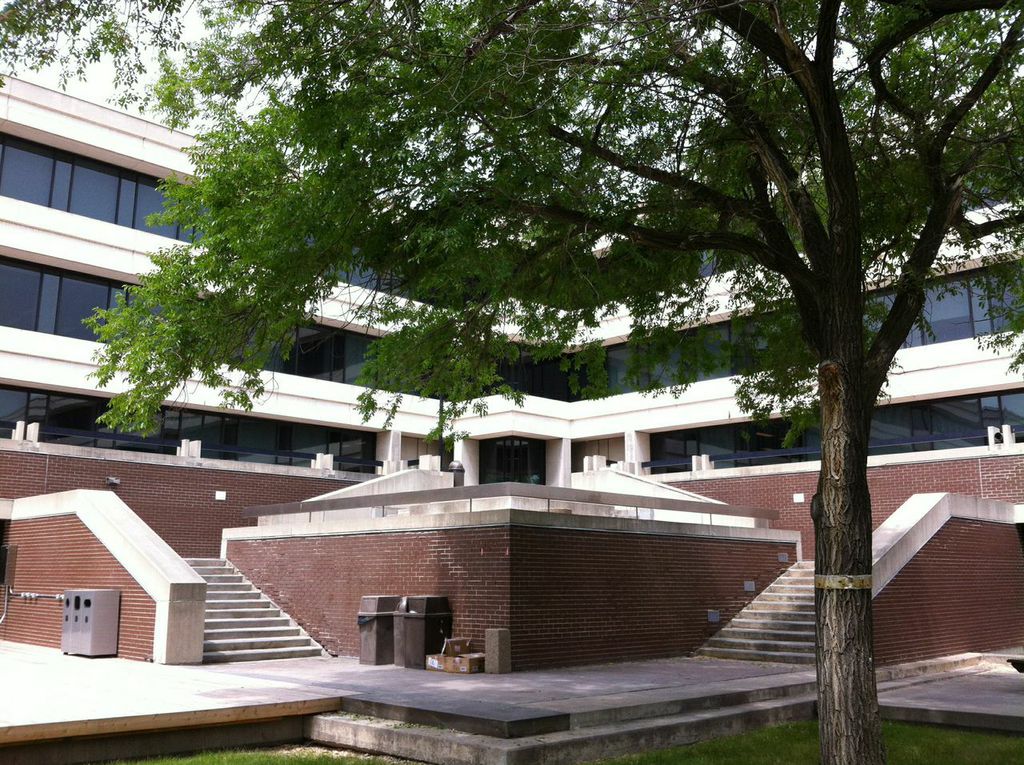 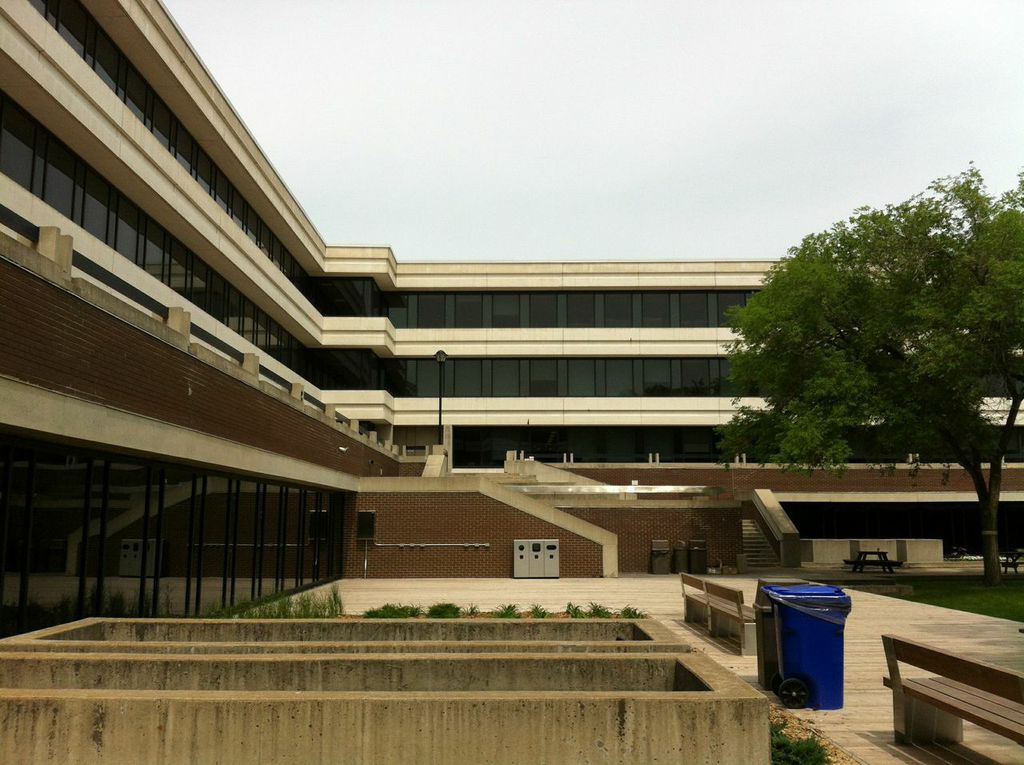 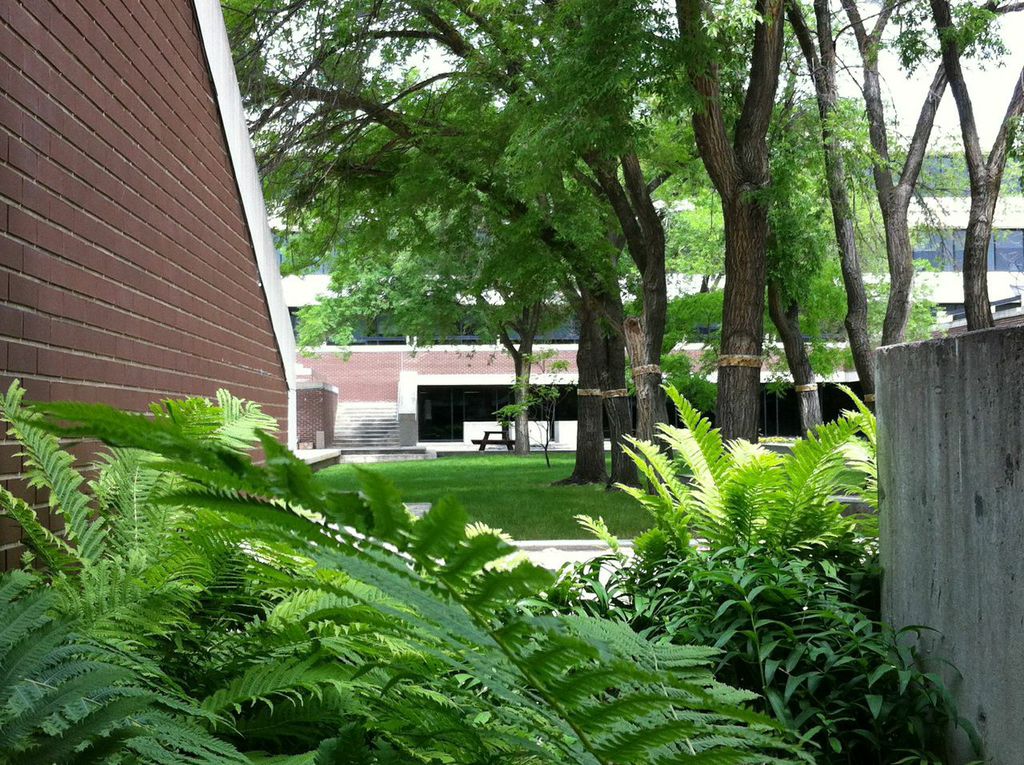 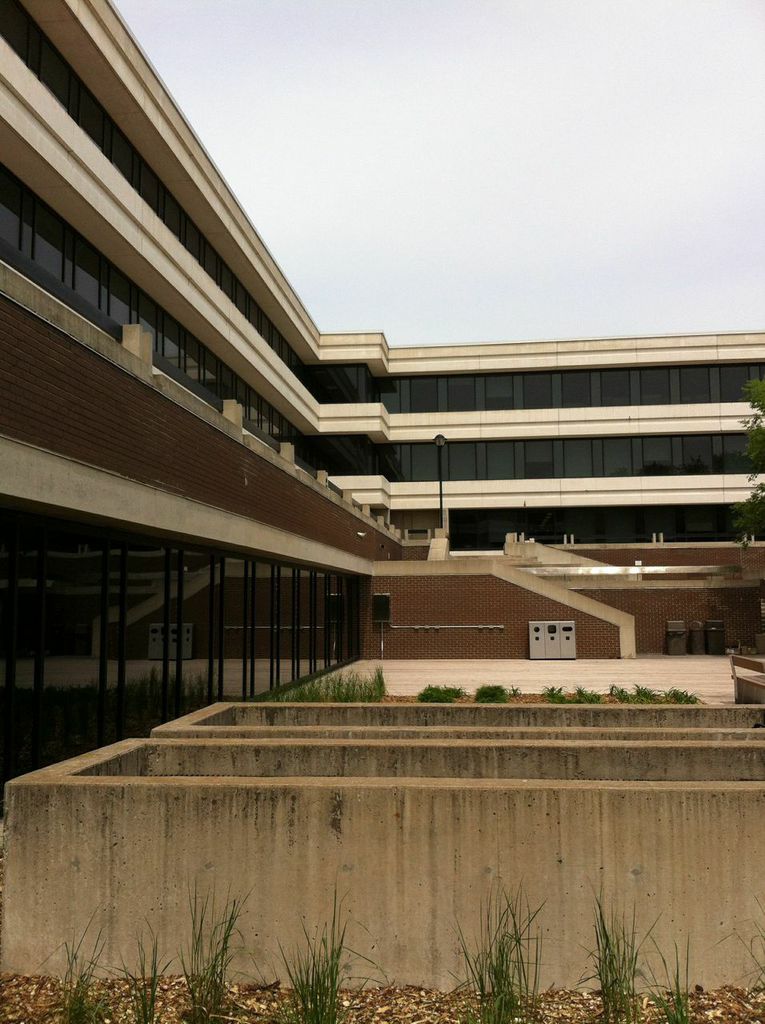 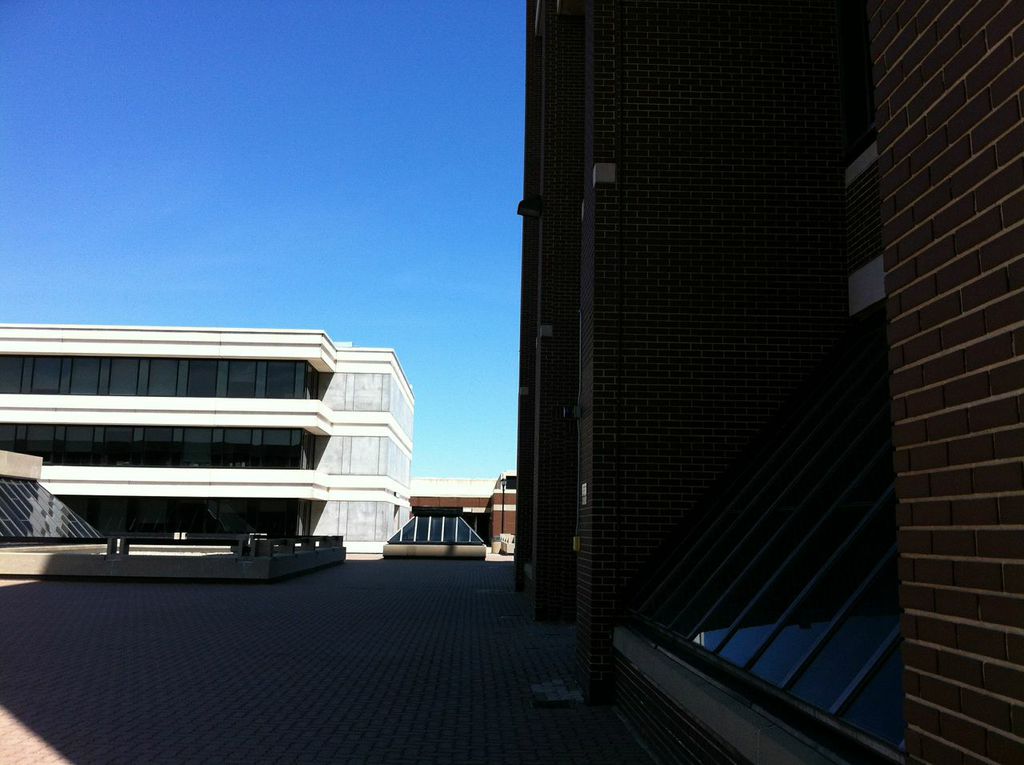 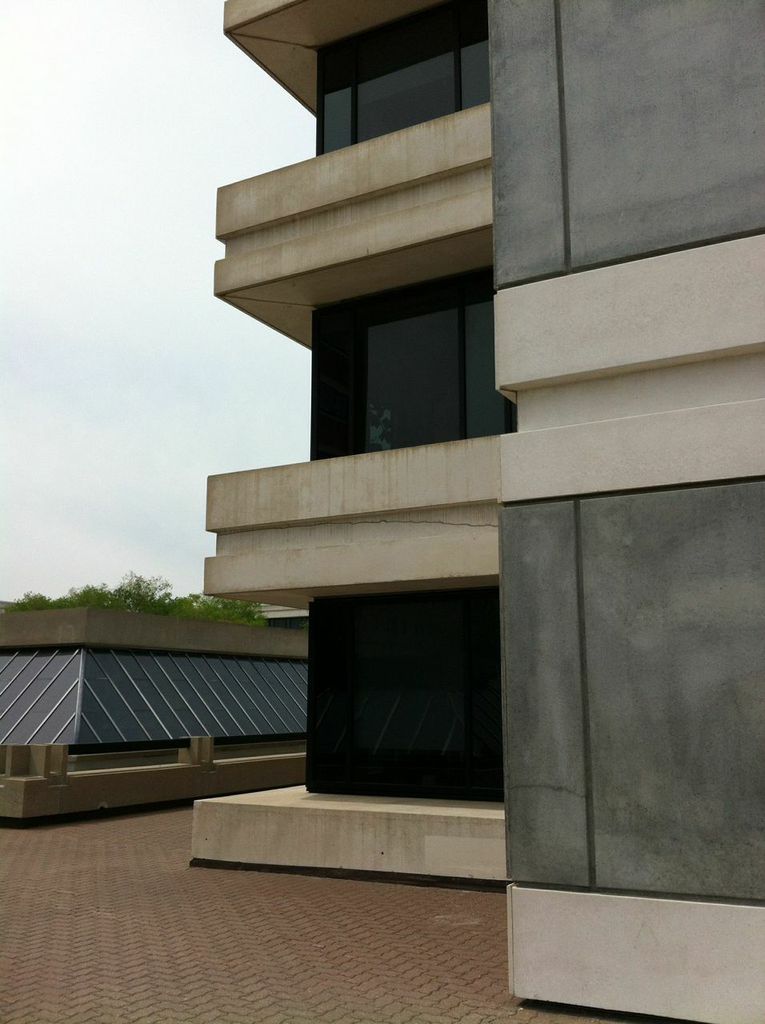 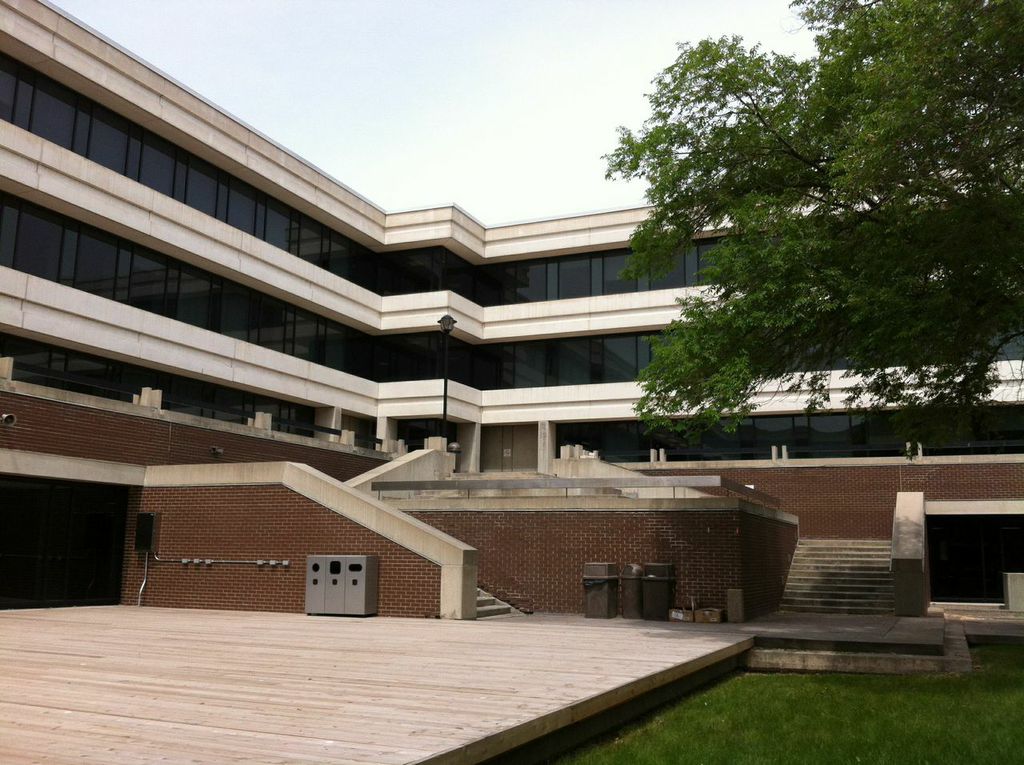 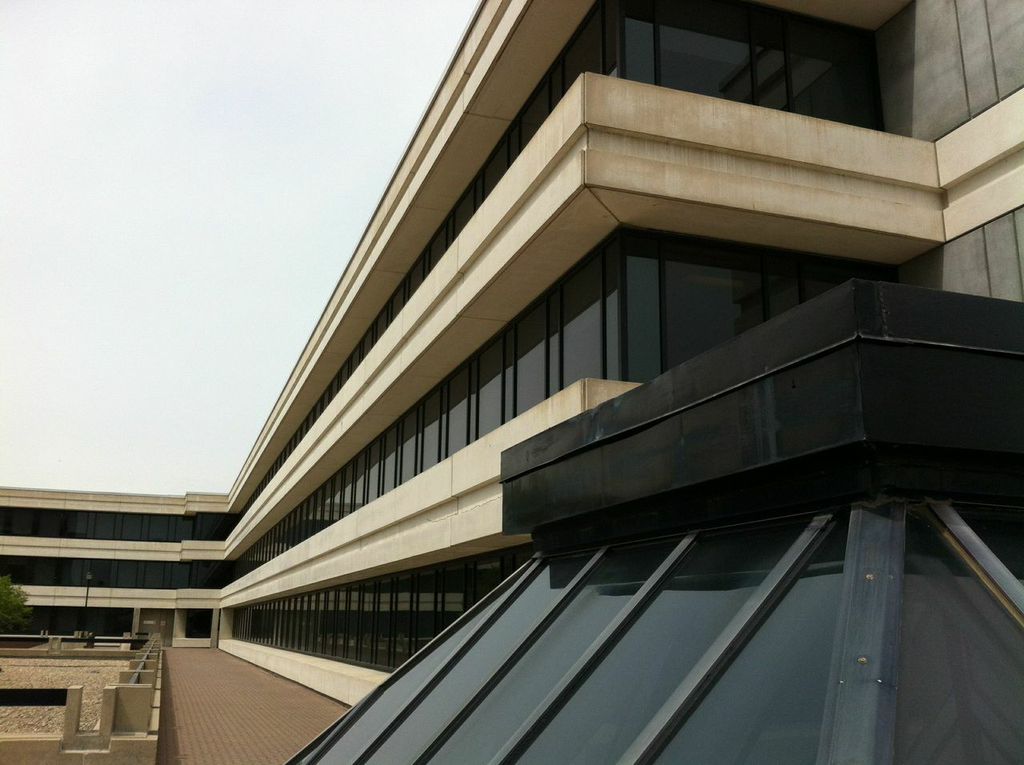 The largest of the late 1960s additions to the Red River College Notre Dame campus are the matching and linked suite of Buildings D, E & F. When first completed, the buildings housed the Manitoba Institute of Technology (MIT) business program as well as the Manitoba Institute of Applied Arts (MIAA) courses in advertising art, computer analysis and programming, hotel and restaurant management, photography and graphic arts.

Muscular in their horizontality, these three modernist structures are composed of sharply contrasting dark windows and courses of bright, cream-toned, concrete. These courses deeply overhang the windows, preventing an overabundance light. The light colour of the concrete, the mix of cream masonry and inset dark glass all served to link these new buildings to the initial appearance of Building A, creating a loose sense of symmetry across the entire campus. Enhancing this effect, a matching addition between Buildings A and B (now called Building AB) was completed at the same time.

Buildings D, E & F enclose a courtyard which is sunken into the subterranean mall level. Surrounded by these underground hallways and the plaza-level raised exterior walkway, the courtyard acts as a sort of cloister – a form common to older academic environments and related religious spaces. Lush in the summer with mature trees and ferns, the courtyard serves as a kind of oasis in the centre of the campus. In the sculptural quality of the cream concrete courses (and their echoing of the flat lines of the surrounding prairie) there is trace of influence from the American architect Frank Lloyd Wright. Wright’s example is yet more apparent in the cascading stairwells which descend from the north- and south-west corners of the plaza-level path into the lower garden. Here the mix of brick with concrete as an accent – and the slightly geological effect – recall in particular Wright’s Robie House (Chicago, 1909). The top three floors of Buildings D, E & F jut outward at their interior intersection, with an analogous inward bump on the exterior facades. This detail and the incised lines of the concrete courses the continue the aesthetic themes of incisions and cut-aways established in other Libling Michener Red River College campus buildings of this phase of development, as well as some of those from the earlier Moody Moore and Partners contributions.