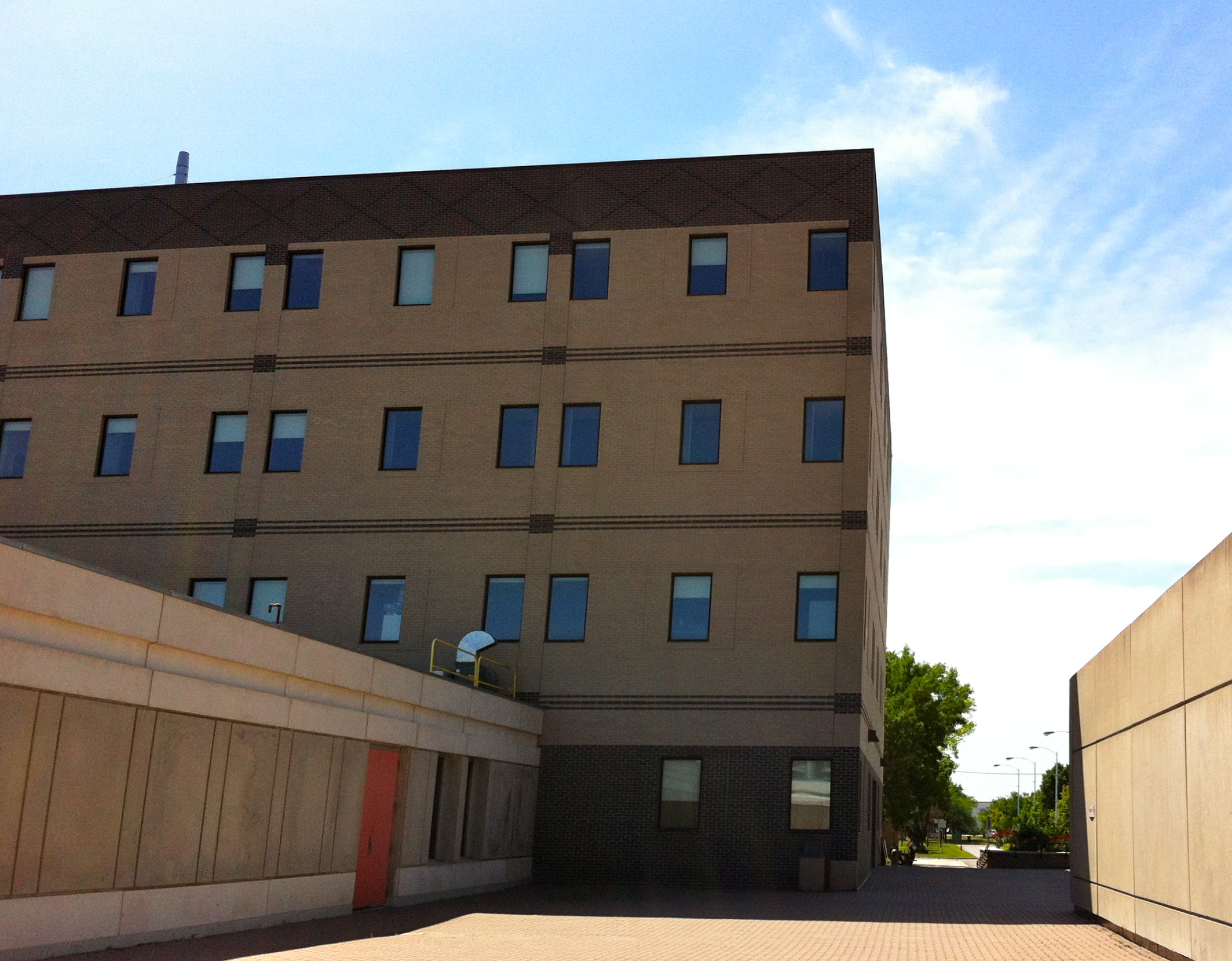 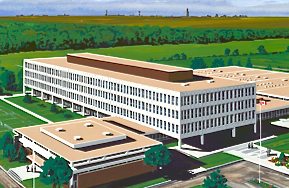 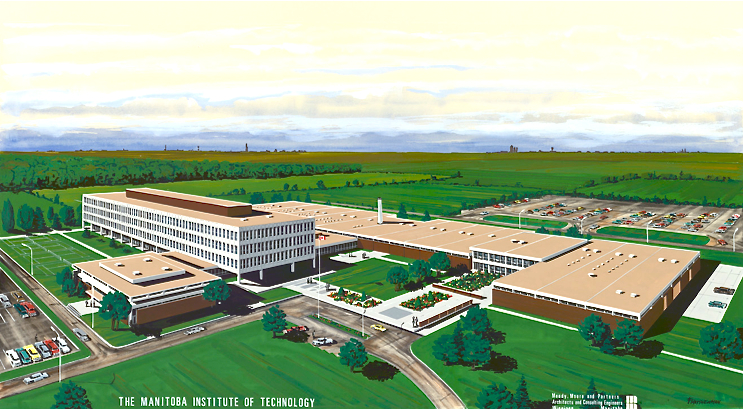 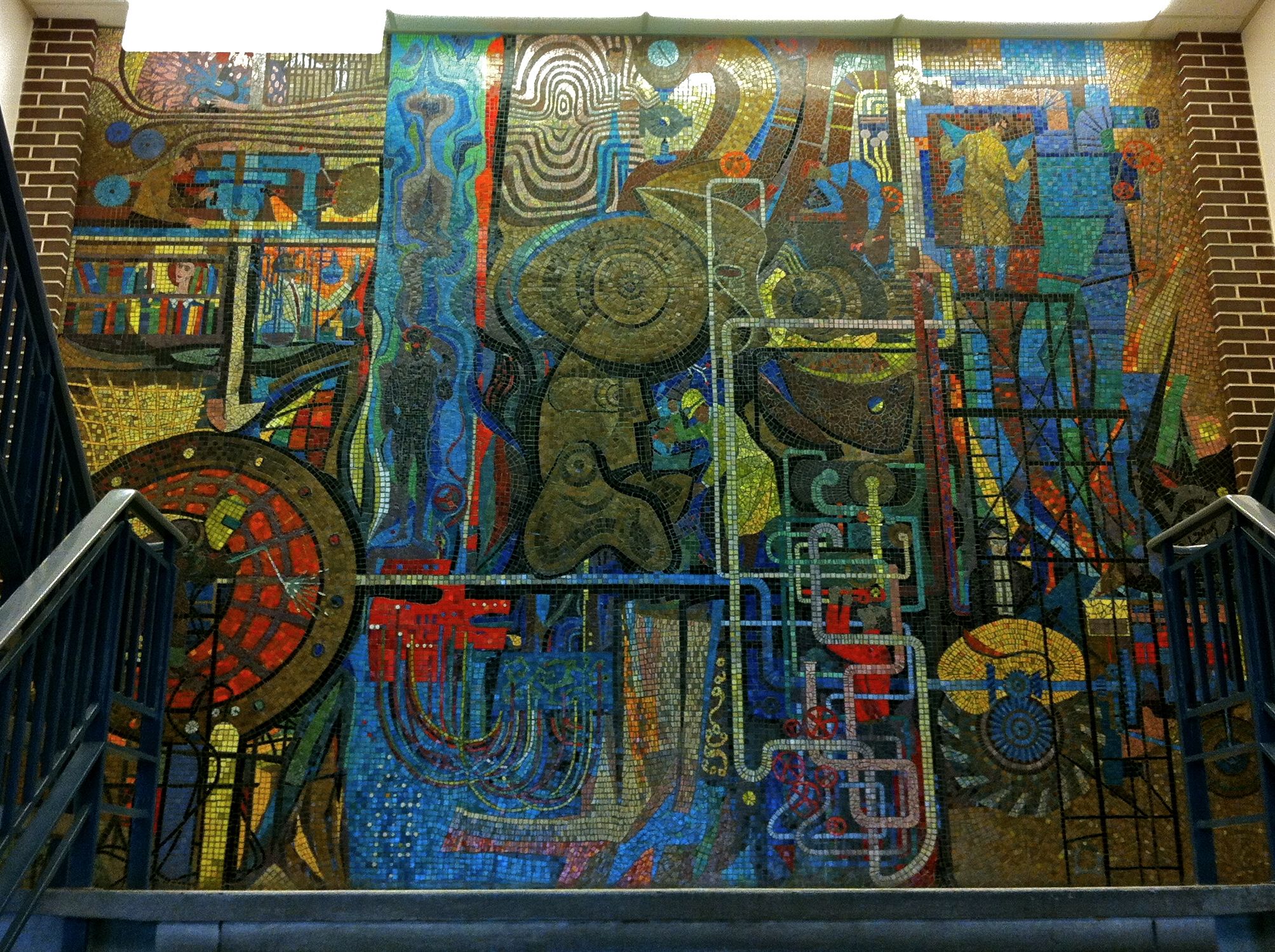 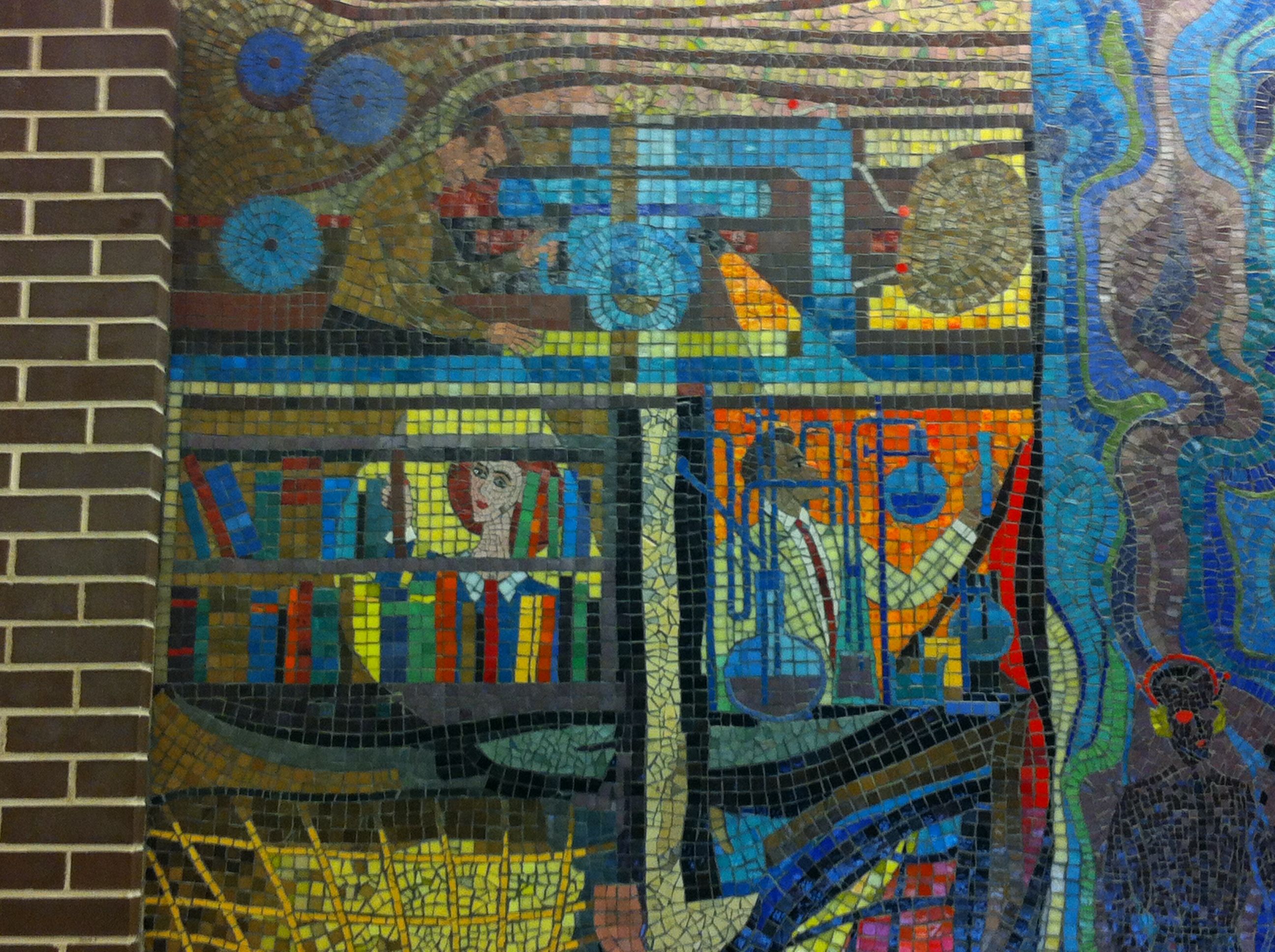 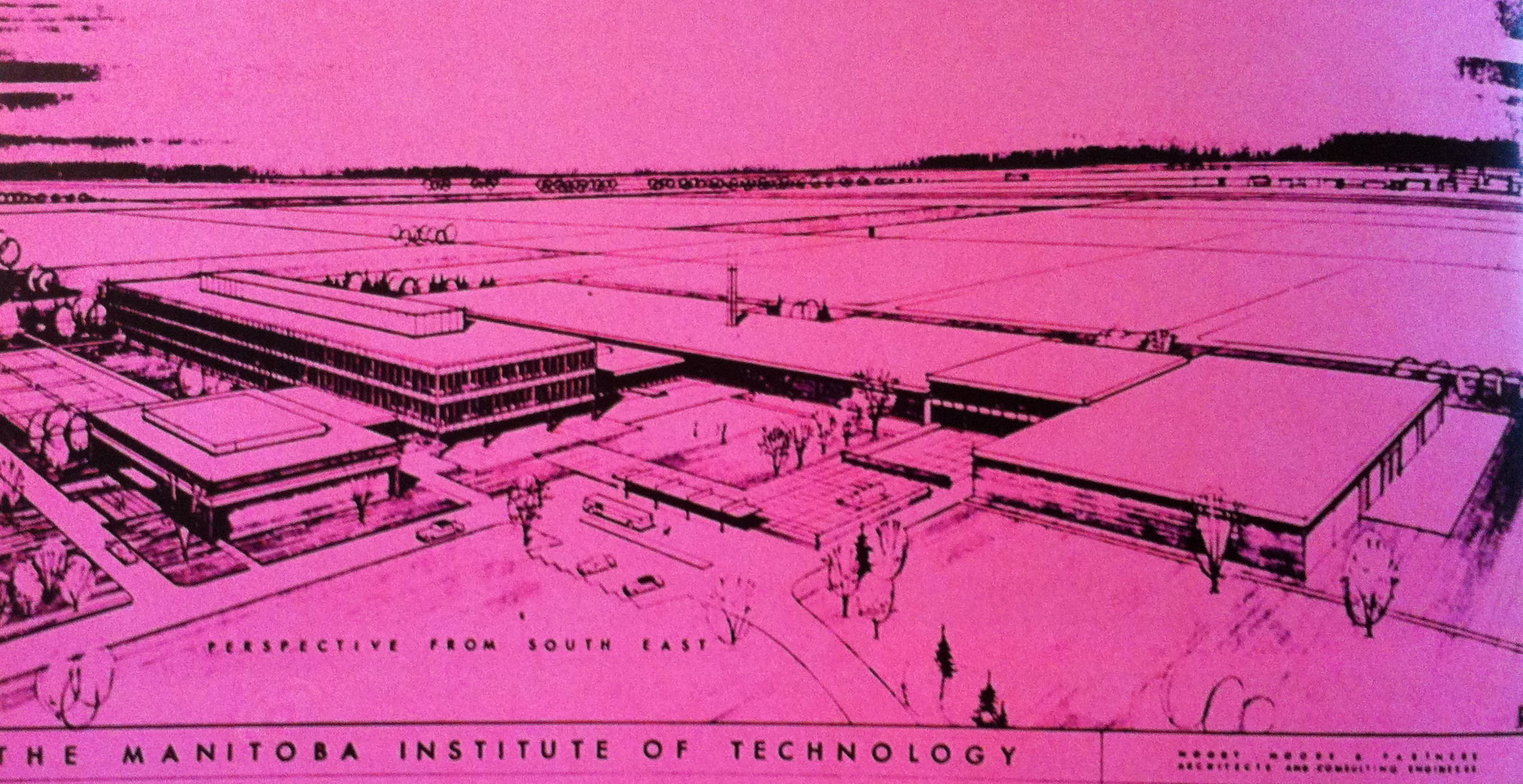 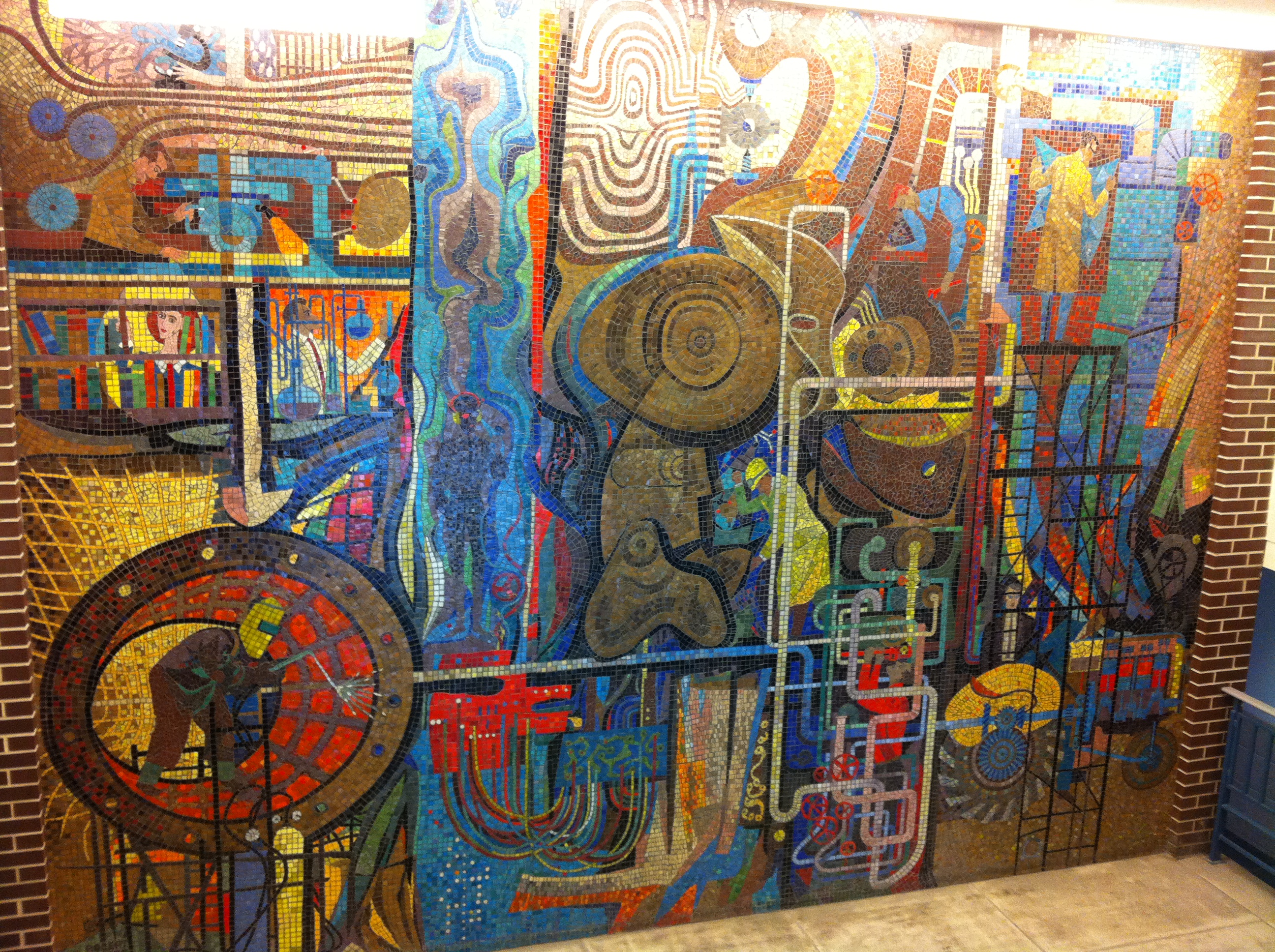 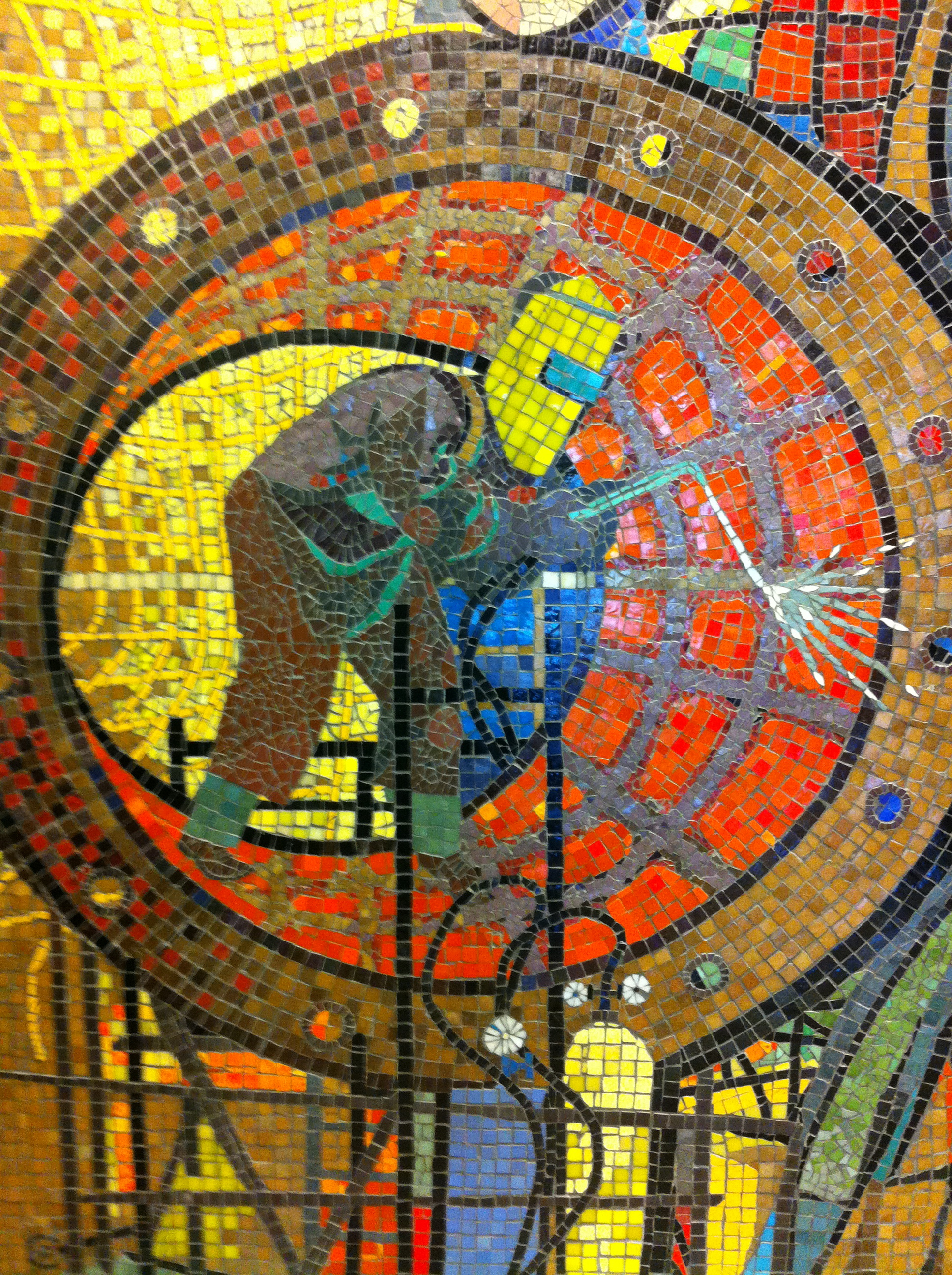 The naming scheme of the buildings at Red River College’s Notre Dame campus make clear their position in terms of the school’s history, each bearing an alphabetical title which spells out its chronological status: the first building being Building A, the most recent addition being Building Z. Building A began its life as a central part of the new Manitoba Institute of Technology, which opened 1963. This institute traced its roots to the mid-1930s, with the Industrial Vocational Education Centre, first located at 331 Henry Avenue, a which started by offering evening courses in trades to youth. By 1938, with the Depression ongoing, the Centre gained the approval of the Department of Labour and received funding to support training in such fields as welding, machining, needle trades, radio and carpentry. It continued to grow into the post-war era, eventually moving to the Ford Motor Company building at 1181 Portage Avenue. Throughout this period, a focus was on the training of returning veterans. By 1948 the Centre shifted its focus back to the general public and assumed a new name: the Manitoba Technical Institute (MTI). Under this name the school continued to add programs.

By 1963 Canada was in the throes of intense economic and population growth fuelled by the post-war baby boom. This fact heightened demand on MTI’s programs. To accommodate this appetite, it was decided to move the school a new site capable of housing a larger number of students and courses. The new home of MTI – at this time re-named the Manitoba Institute of Technology (MIT) – was at the corner of King Edward Street and Notre Dame Avenue in what was then the town of Brooklands. Building on what was originally a marsh, the complex received 75 percent of its $3.5 million cost from federal government. One model used was the Ryerson Institute in Toronto.

Building A stands taller than its neighbours. Originally clad in light-toned precast concrete with extensive glazing, from the beginning, the building’s height, lighter colour and central position established it as a focal point. The initial design of the building was of a formalist clarity; like much early post-war modernist architecture Building A was symmetrical and clean-lined. In its original design, the structure was composed of three floors – two upper floors of glass framed in pre-cast concrete and a lower level clad in glass. This floor was inset, with an arcade enclosed by the thin modernist columns known as pilotis.

In 1964, only one year after its completion, the growing demand for educational spaces – reflective of the growing economy and baby boom of the 1960s – led to the conversion of Building A’s basement into classroom and office space. Despite this effort, an appetite for additional facilities remained. The following year a fourth floor was added, in matching precast concrete and glass, housing 30,000 more square feet of classroom capacity. This space opened in 1967.

In the years since the building had opened, the number of instructors had ballooned from 46 to 159, demonstrating the rapid growth characteristic of this era. Building A remained largely unchanged for nearly three decades until, in 1996, it underwent a provincially funded $5 million renovation. This overhaul involved a total exterior re-cladding, with the extant building envelope replaced by new brick veneer. The new (and present) surface features a design of light grey brick, with darker bricks used as decorative, geometric, accents in a post-modernist vein. At this time the building’s original asbestos was also removed.

Inside the main doors of Building A a generous lobby lends a sense of ceremony and establishes a space available for informal meet-ups. Initially, this space was flanked by the Institute’s registration department (to the left) and administrative offices (to the right). A feeling of grandeur is accentuated by a central, suspended, staircase which, splits into a symmetrical pair of steps higher up. The airiness of the stairs and their smooth terrazzo treads emphasizes the modernity of the general design. Further bestowing a sense of occasion is the immense, six by four metre mosaic above the stairway landing, which greets visitors. This magnificently colourful work was completed by local artist Robert Bruce, who was responsible for a number of mosaics in Winnipeg during the 1950s and 60s. Bruce’s scheme was selected through a design competition featuring a $6,000 prize; it was installed just after the building’s construction. Within a decorative and partly abstract composition, the mosaic depicts many of the technologies and trades taught at the Institute.

Outside of Building A stands another work of public art, a large sculpture entitled The Surveyor. The piece is by Red River College masonry instructor George Smith and was completed as part of a welding course. It is over 5 metres tall and composed primarily of quarter-inch steel-plated pieces of scrap metal. In his hands The Surveyor bears two instruments – a book and a surveyor’s tripod, depicting the theoretical and practical aspects of learning. This is not the only work of public art on the grounds of the campus. Not far north of Building A – in a courtyard bounded by Buildings B and P - stands another sculpture of metal I-beam and truss pieces. Furthermore, in 2005, in the north west corner of the site, the Medicine Wheel Garden was built. In 2006 the piece won a Spirit of the Earth award presented by Manitoba Hydro for the promotion of environmental awareness while recognizing the culture and history of Aboriginal people.