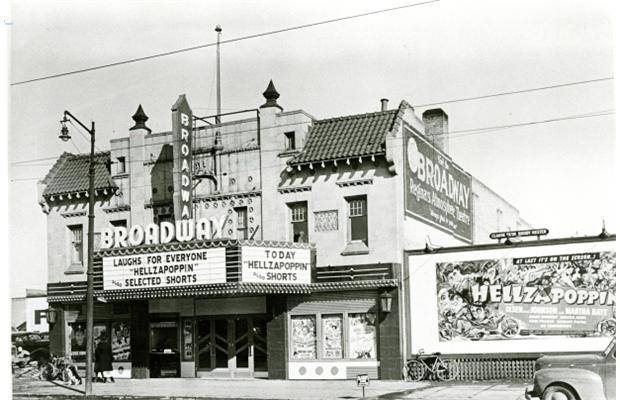 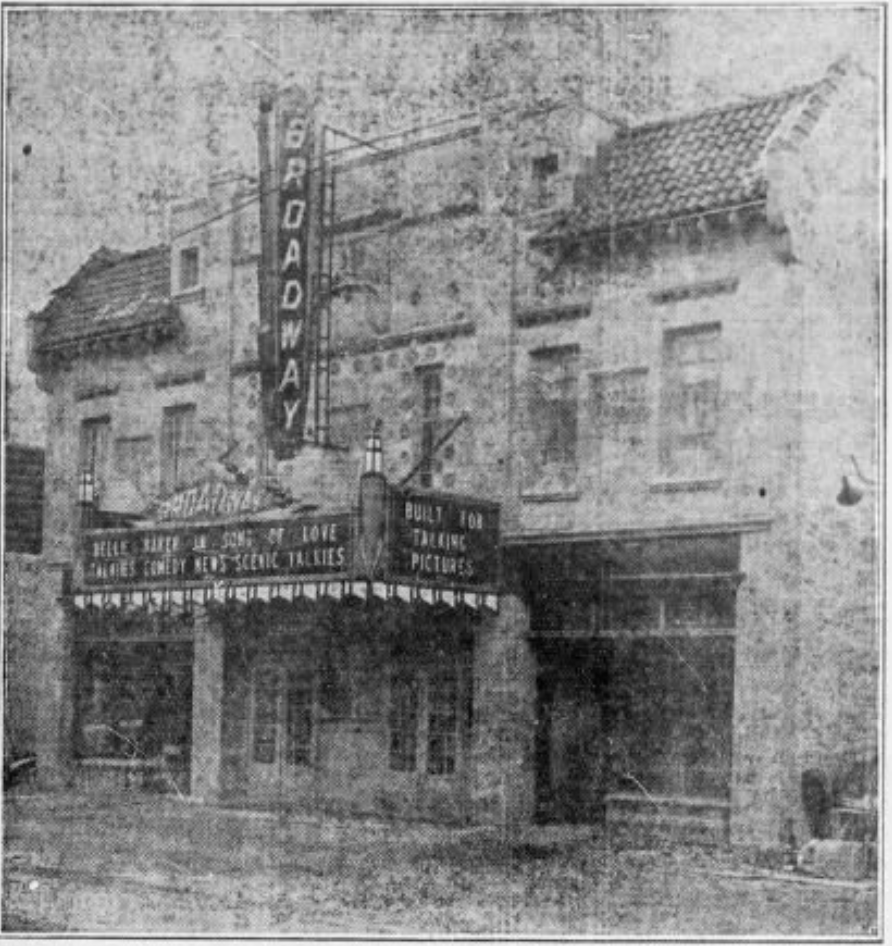 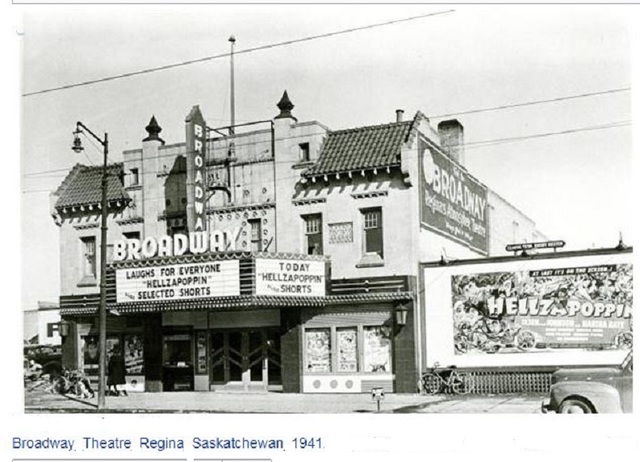 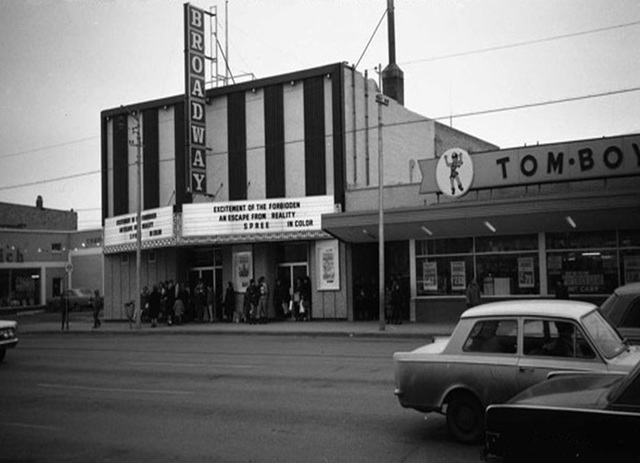 The Broadway Theatre opened December 31st, 1929. It was the first theatre in Regina purpose-built for talkies. The theatre was designed by notable Winnipeg architect Max Zev Blankstein, who had built several theatres across the prairies for Jewish theatre owners. The owner of the Broadway Theatre, H. A. Bercovitch, closed the theatre in 1932, only two years after opening, and it only reopened in 1942. He continued to run the theatre until his retirement in 1954. The theatre was sold to Famous Players in 1969, and closed in 1981. It has since been demolished.