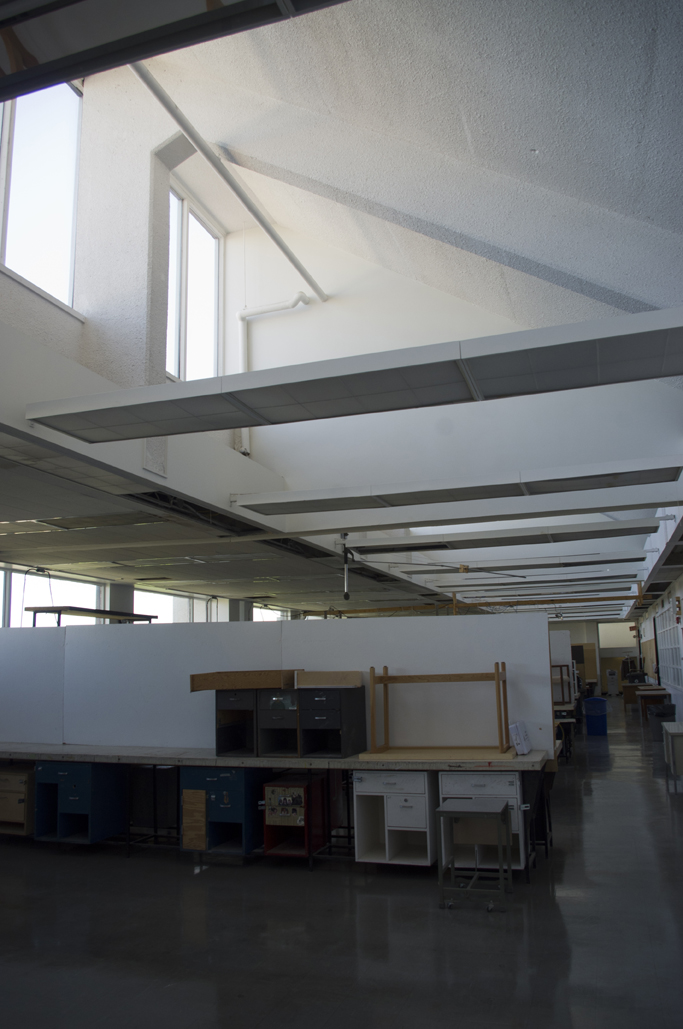 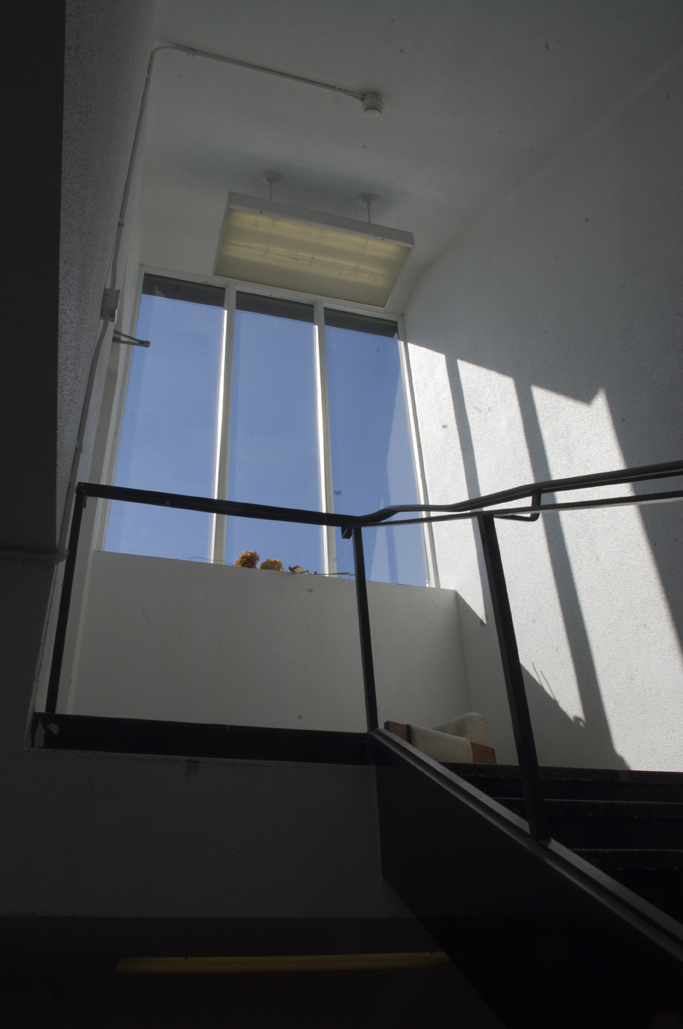 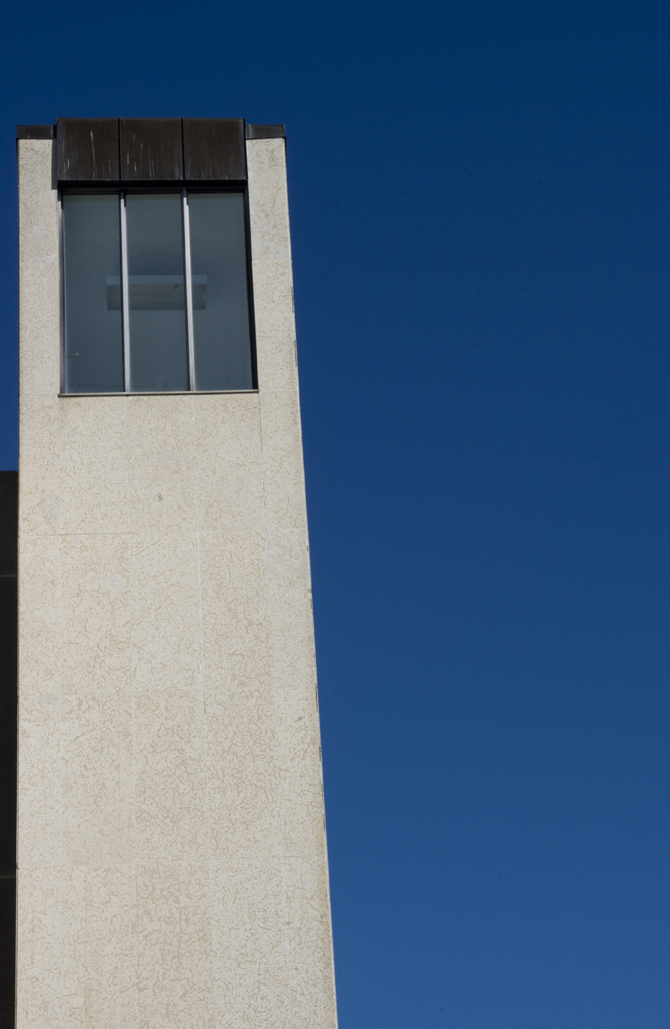 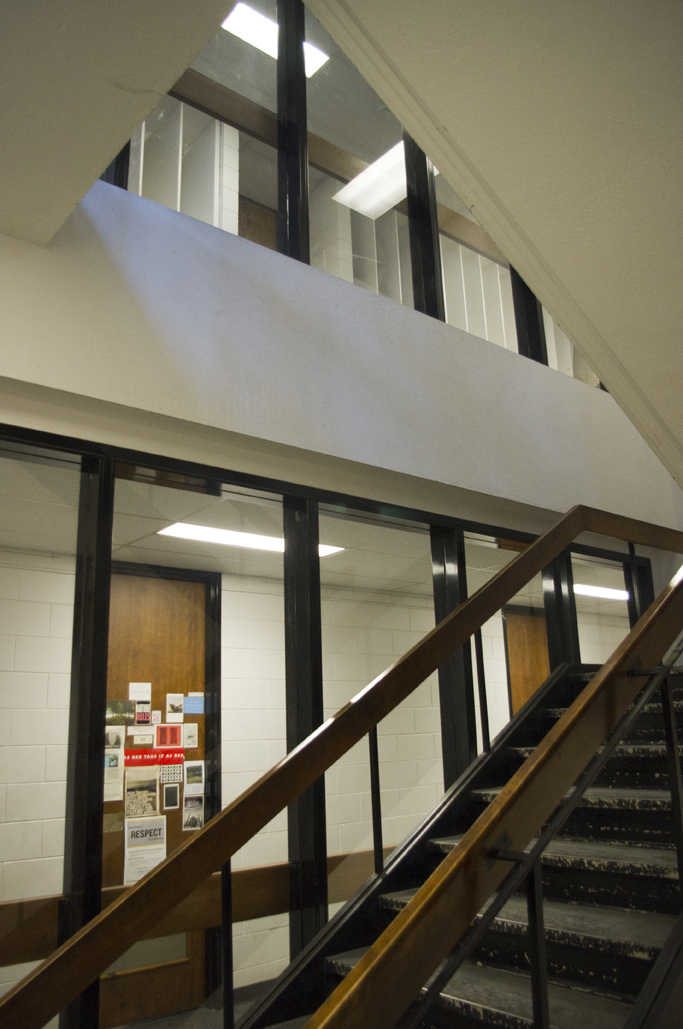 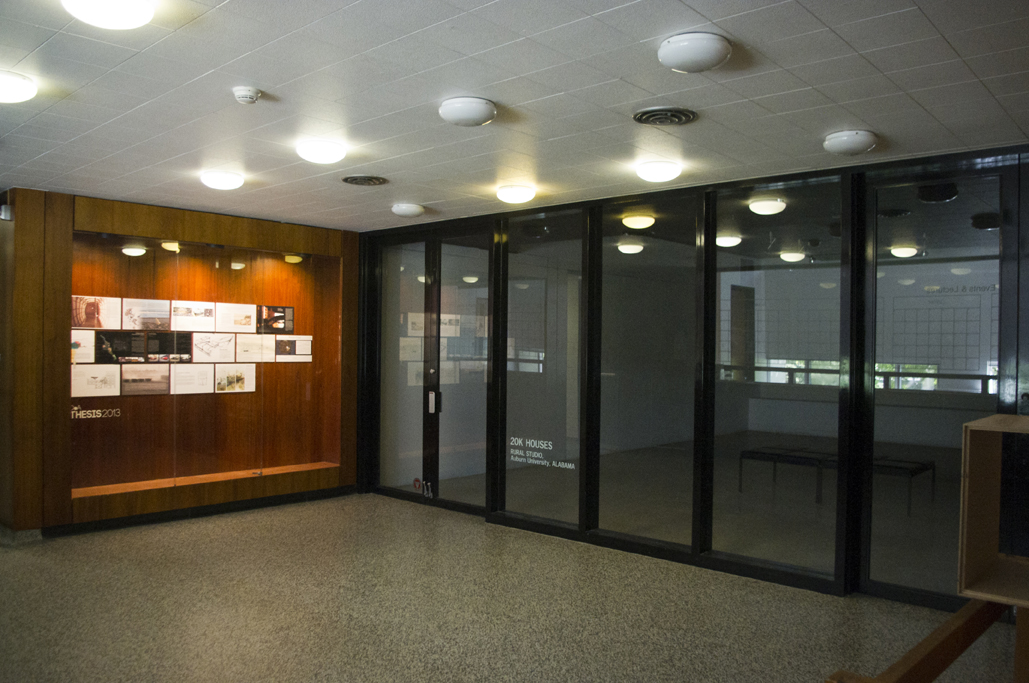 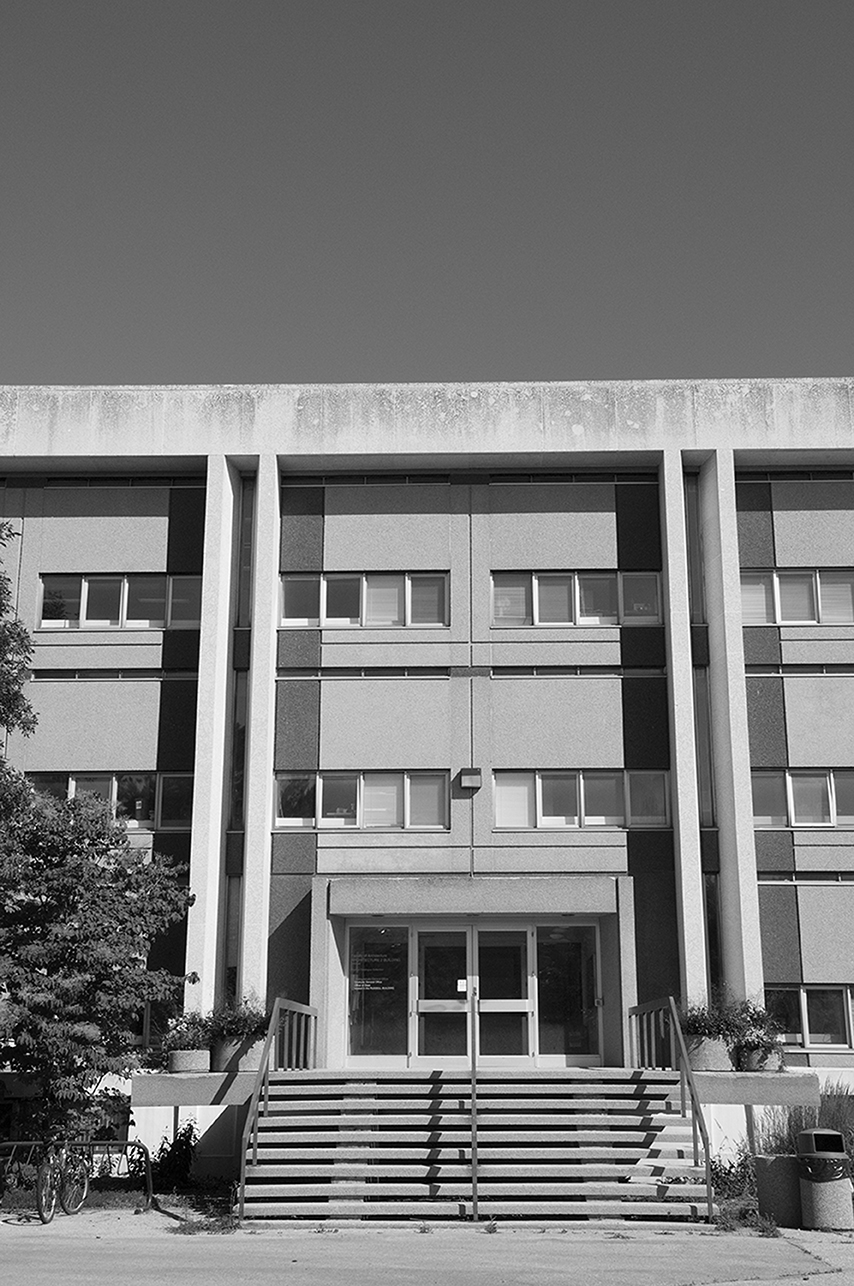 Before the Architecture II Building housed the Faculty of Architecture, it was called the Fitzgerald Building for the School of Art. This contemporary structure clearly expresses the interior functions of the building through its exterior components. The main south side entrance, marked clearly by a cantilevered deck reminiscent of the John A. Russell Building to the east, leads into a dark teak-finished entry hall that joins offices and the former School of Art’s Gallery One One One. North-facing clerestory windows that stretch the full length of the roof bring natural daylight into the third floor, which originally housed painting studios. The north-facing windows are the largest in the building since the studios and workshops are located on that side. The ceramic studio, originally located in the basement, flowed into an outdoor area equipped with a firing pit and kilns.

The projecting towers at each end of the building, finished with a polished Tyndall stone veneer, house stairwells that are lit by clerestory windows. The east and west walls are clad in rough-hewn random-patterned Tyndall stone. The north and south structural bays are identified by the polished Tyndall stone piers that rise the full height of the building. The space between the piers is filled with a combination of reflective glazing and charcoal and pale grey precast exposed aggregate concrete panels.

The School of Art is now located in the ARTlab designed by Patkau Architects and LM Architectural Group and, later, also in the renovated Taché Hall.