Join us for an architectural tour of the Gault Building, including a visit to the roof for a wonderful view of the Exchange District.

The Gault Building is a good example of a Richardsonian Romanesque-style warehouse at a key intersection in Winnipeg's Exchange District, a national historic site. The substantial masonry structure, designed by George Browne to accommodate the western expansion of Montreal dry goods wholesaler A.F. Gault and Co., was among the first large warehouses built in response to Winnipeg's rise as a regional distribution centre. Increased business due to an immigration boom soon prompted the firm to expand its premises upward by two floors and to the south with a six-storey annex. These additions, planned by J.H. Cadham, sympathetically continued the style, materials and order established by Browne. The resulting landmark, which, with the annex, fills nearly half a city block, physically anchors three important streetscapes and functionally retains a prominent role as a rehabilitated arts centre containing studios, galleries, offices and a theatre.

Please note that access to the roof requires the ability to climb a flight of stairs. There is a lift for access to the building's lobby. 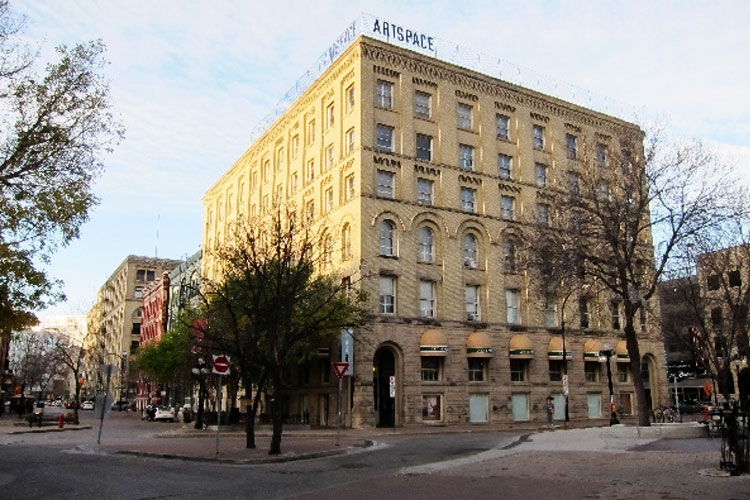